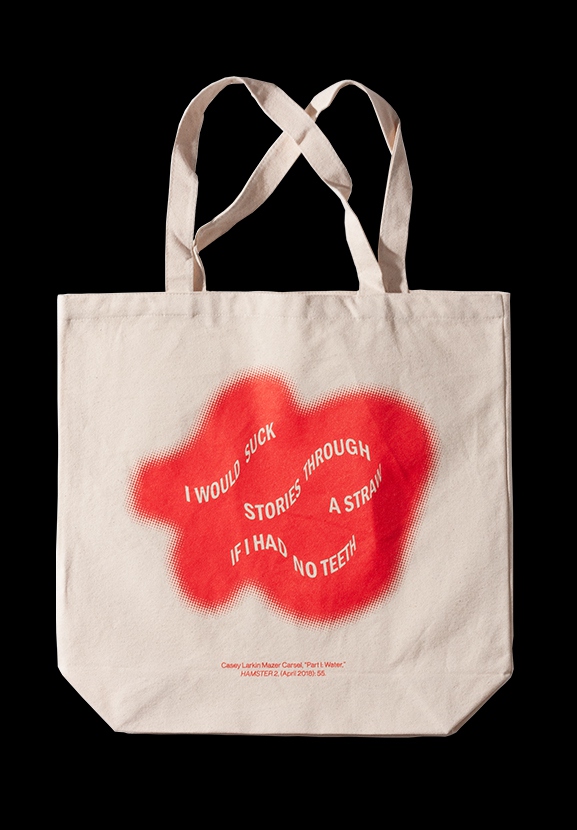 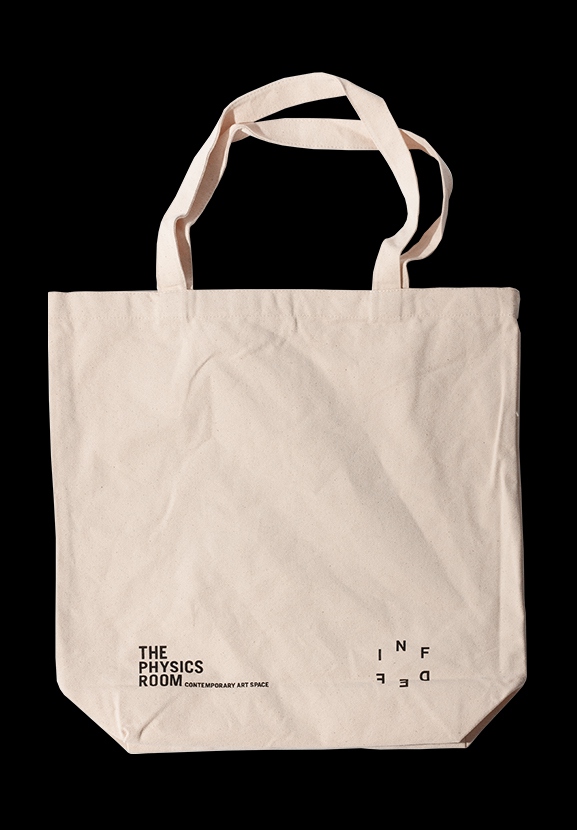 ⁣To celebrate the return of our library we have partnered with Infinite Definite to launch three limited edition tote bags. Each tote edition features a quote from past issues of our publication HAMSTER Magazine.

The quote on this tote edition is from Casey Larkin Mazer Carsel’s two-part prose-poem “Water and Concrete”, was printed in the second and third of HAMSTER Magazine’s inaugural trio of issues themed around post-truth and hacking strategies. In these poems, Carsel took to an embodied language of memory to account for the trans-continental traffic of their family’s Ashkenazic Jewish heritage and extended diaspora. While “Part II: Concrete” grated against time and the weight of displacement, “Part I: Water” suggested a malleability in history, grasped at through a powerful inheritance of storytelling.

To read the full contribution online, head to: http://physicsroom.org.nz/publications/hamster-issue-2-launch-party

Produced by The Physics Room and Infinite Definite.
Designed by Daniel Shaskey and Holly Maitland.
Printed by Against The Grain Screenprint & Design in Woolston. 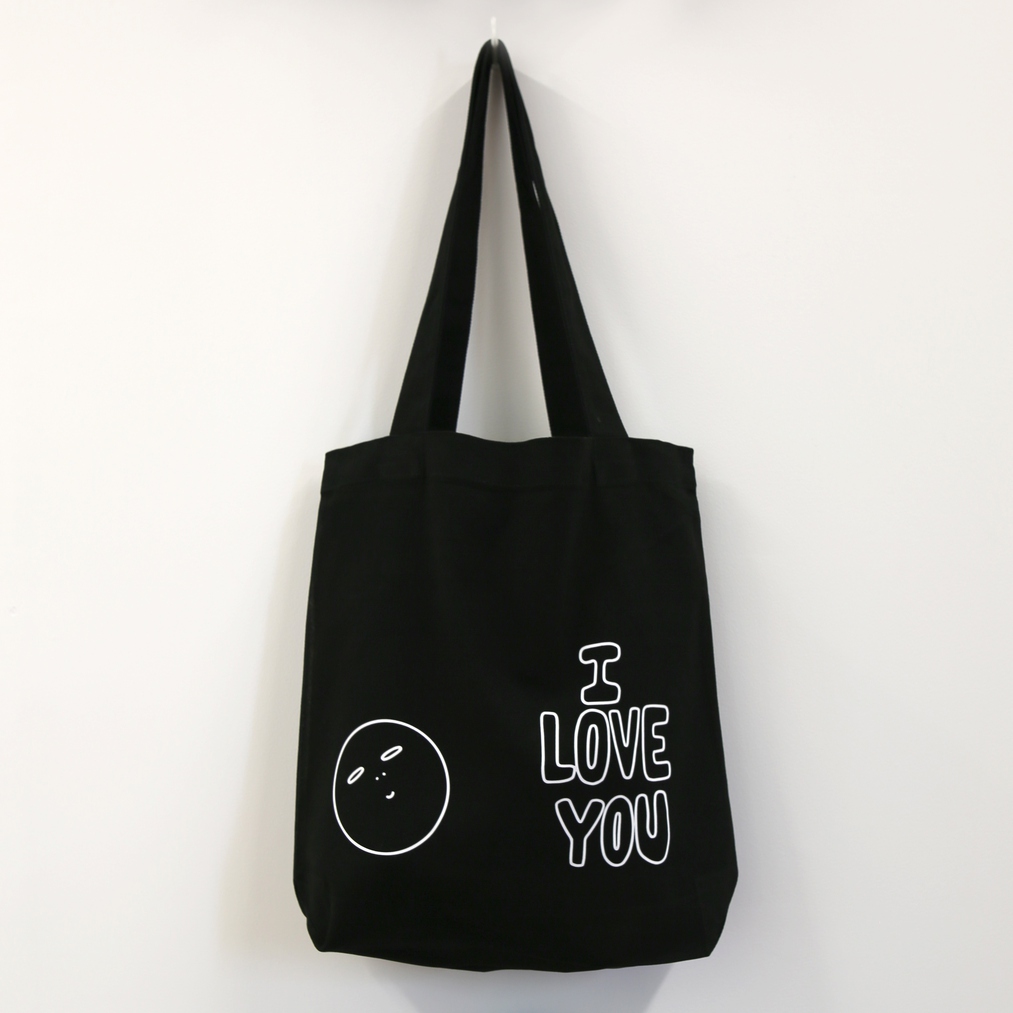 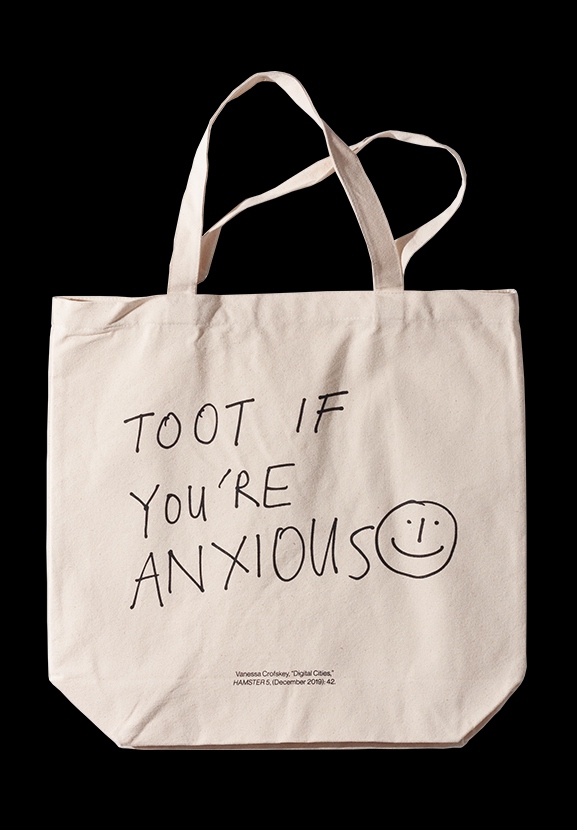 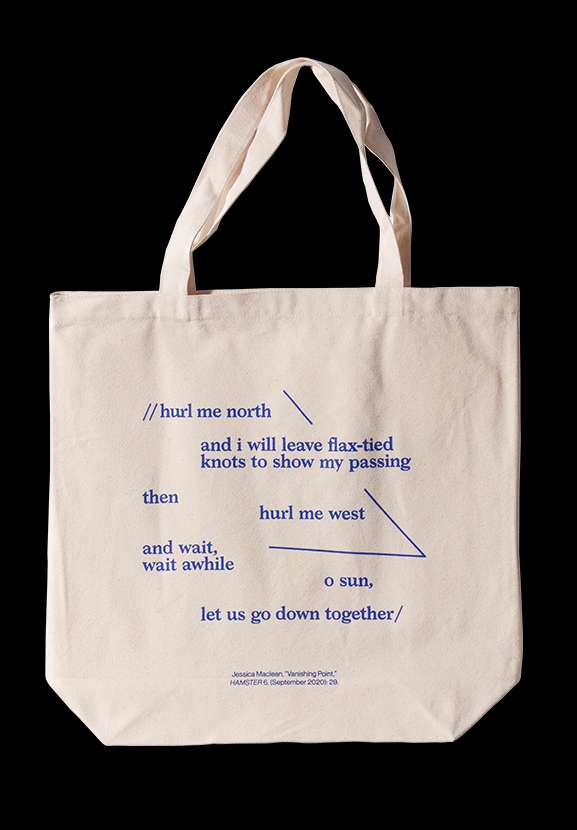