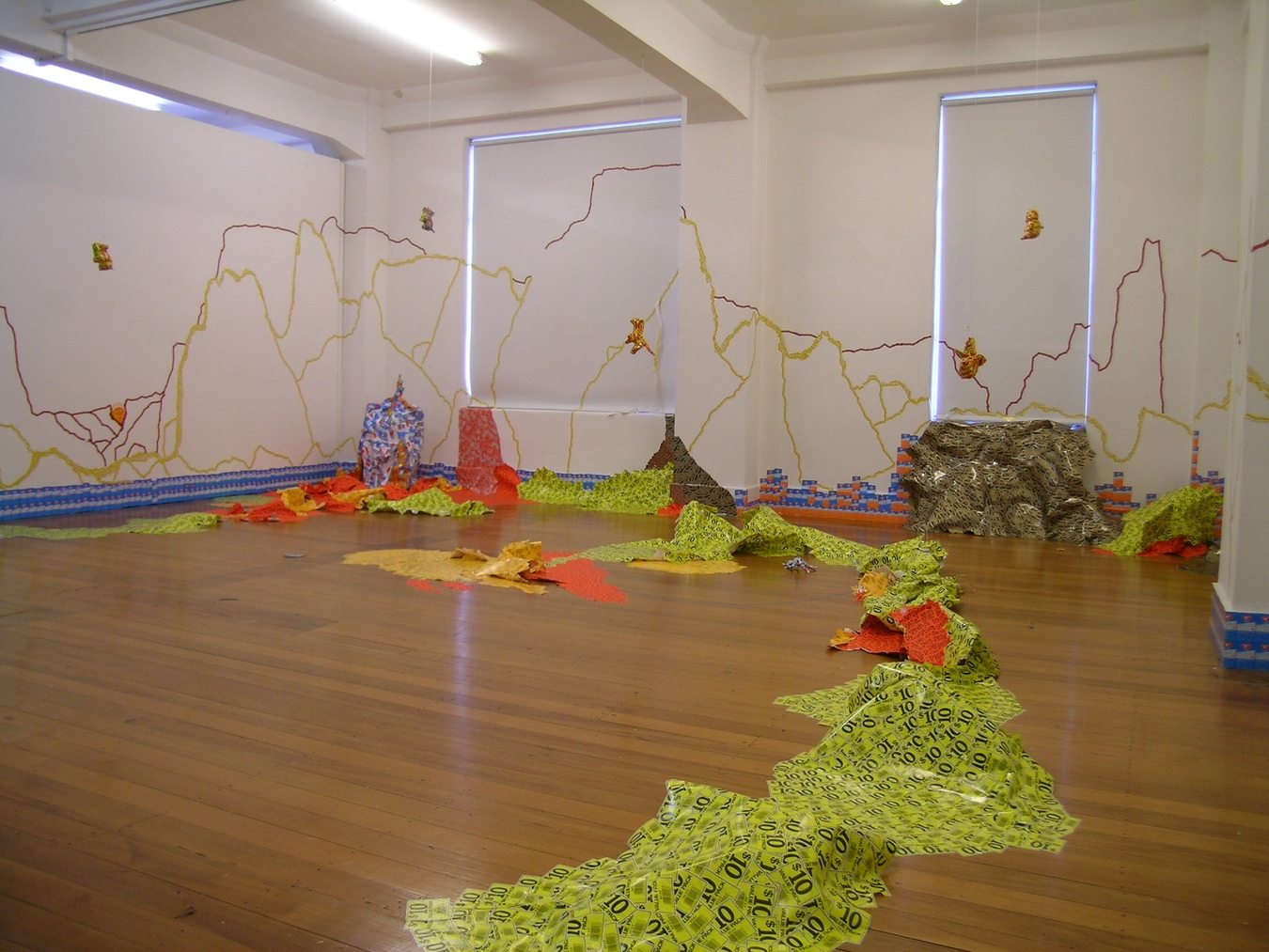 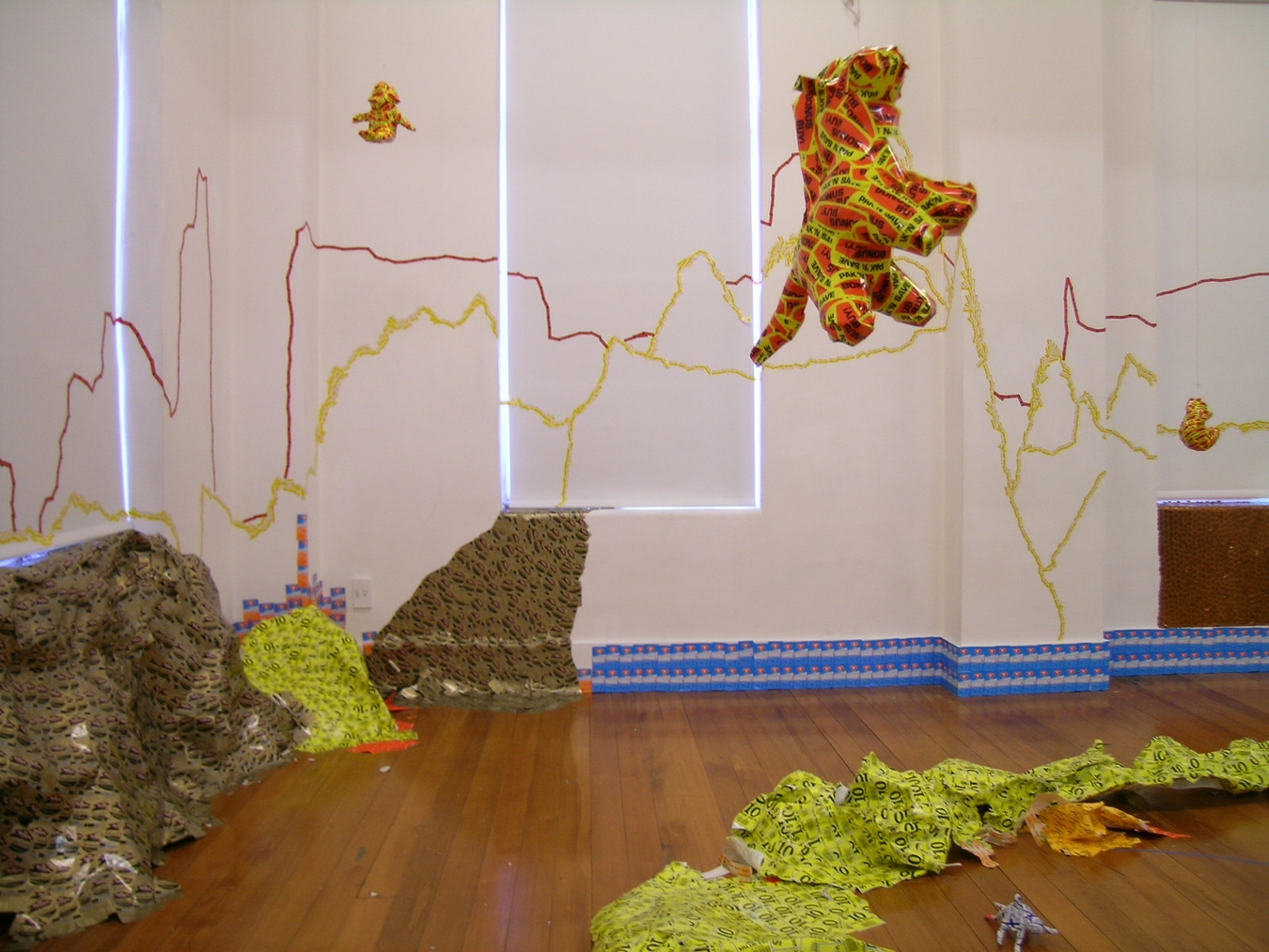 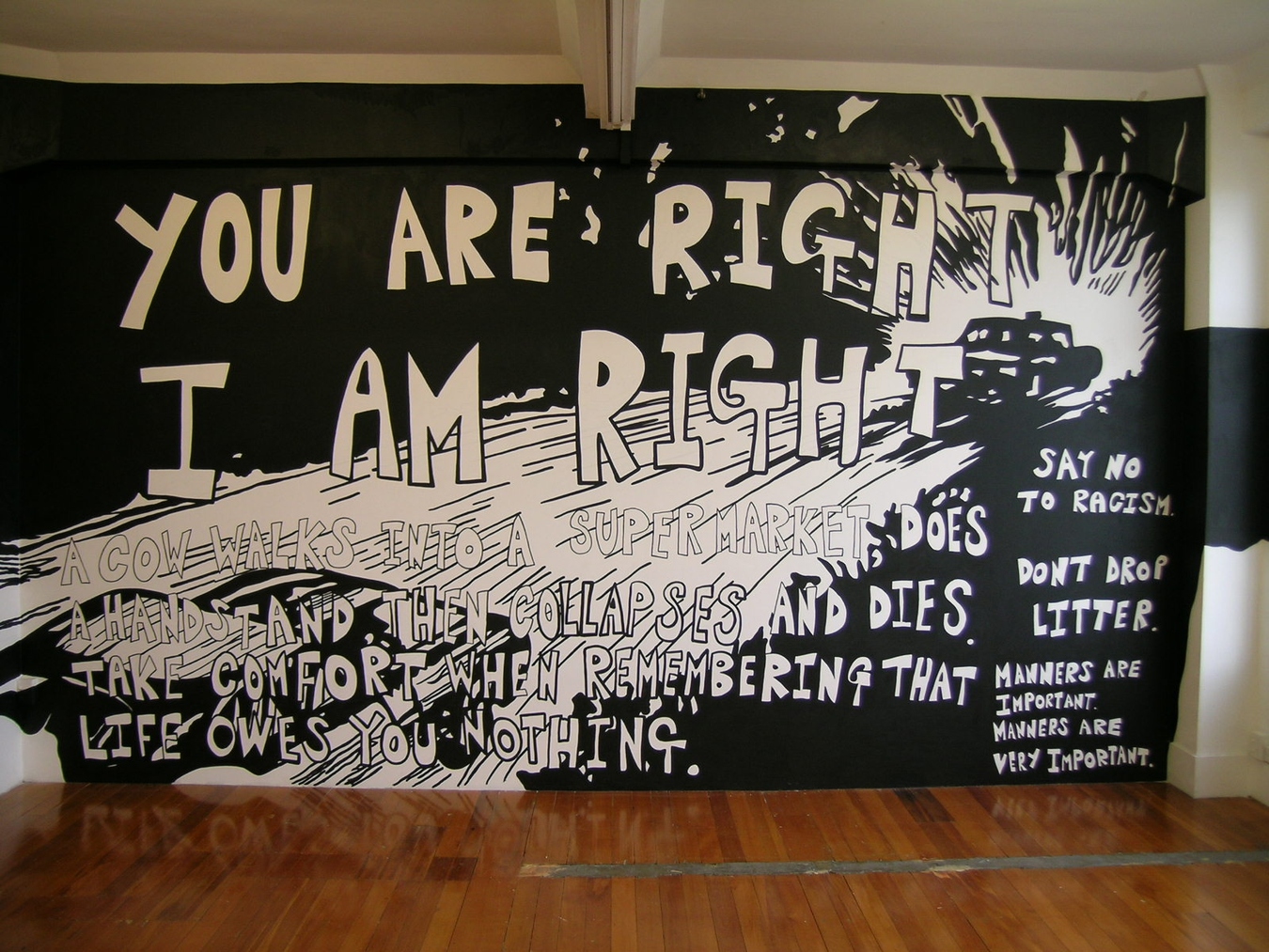 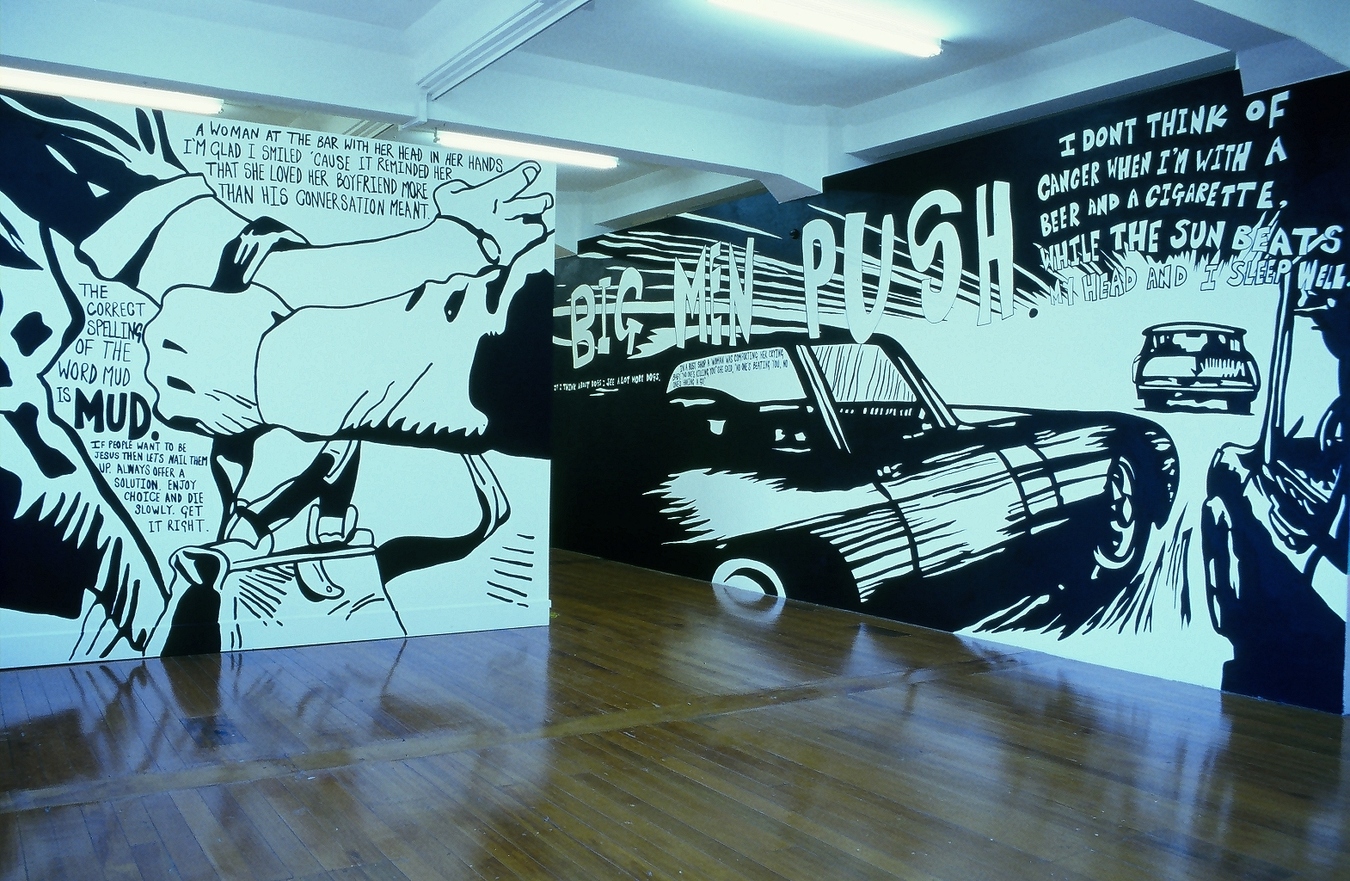 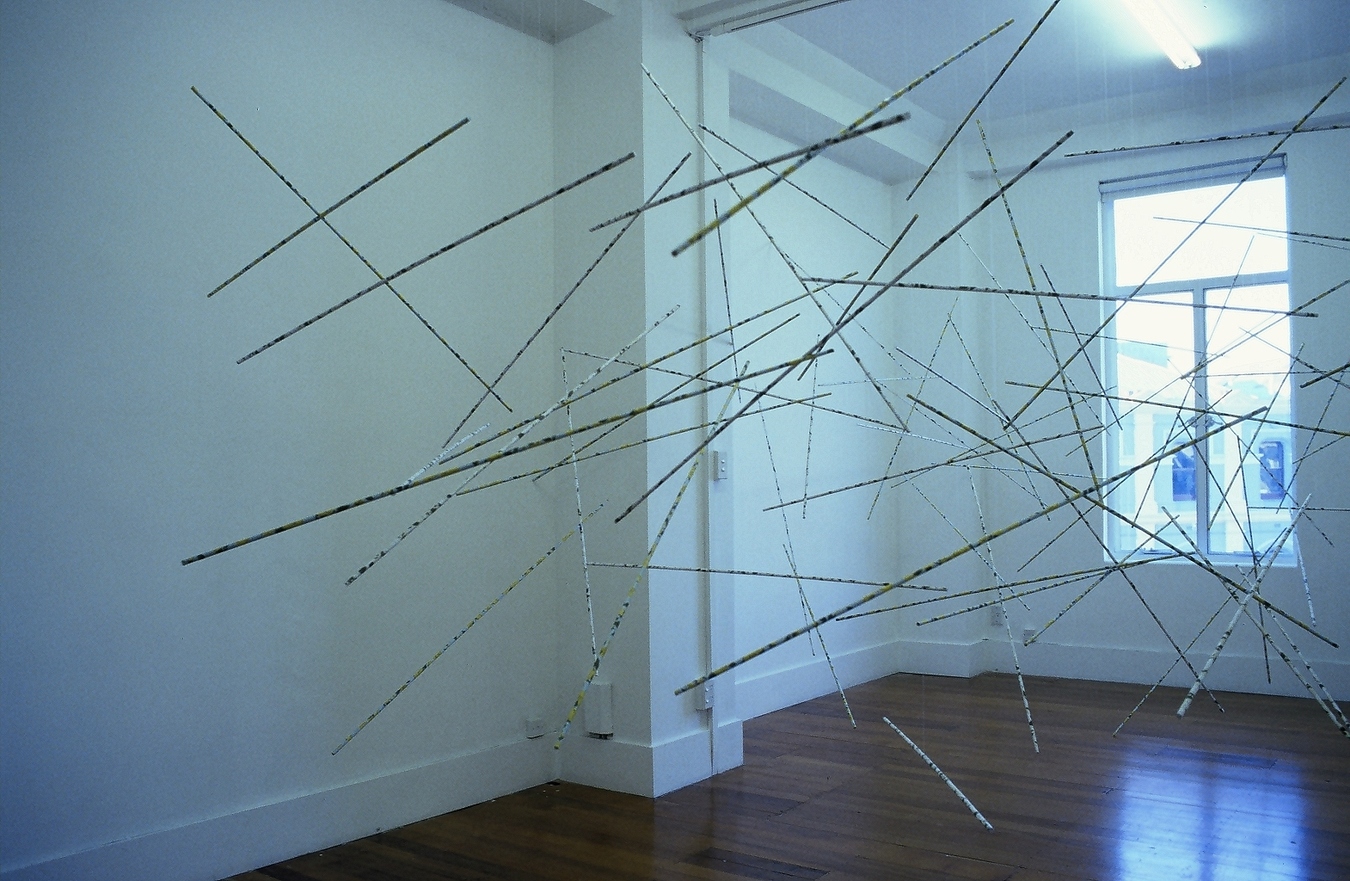 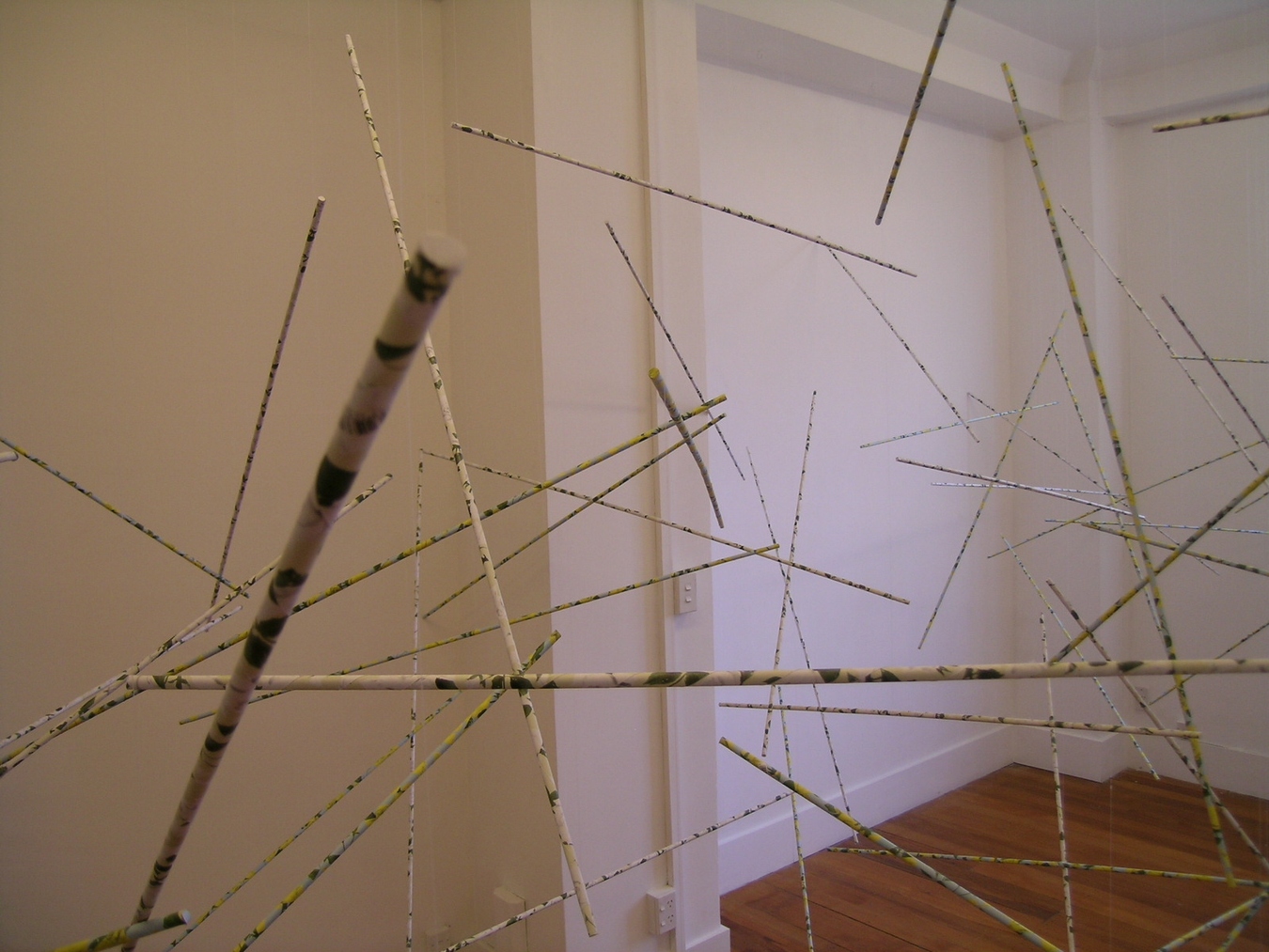 The Physics Room presents ‘Perseverance’, an exhibition that showcases the work of three London artists: Lee Campbell, Sonia Bruce and Alexander Costello. Each of the artists transform a fragment of everyday reality through their work, taking banality and the mundane as their starting point. Curator Lee Campbell says, ‘the exhibition, hopes to make viewers think about how far an artist can push notions of wit and irony in the commercial world we live in, whilst retaining a sense of personal involvement which is often discarded due to an increasingly depersonalised society’.

Artist & curator Lee Campbell uses supermarket stickers as a device to visualise the psychological effects of mass consumerism. By covering entire areas of landscape and vast collections of second-hand junk with millions of stickers (all supplied courtesy of local supermarkets), Campbell creates a beautiful yet sinister spectacle where commodities are on one level stripped of their idiosyncratic detail yet are reinvented with a new uniform giving them a unique identity. (Lee Campbell will also be showing a work entitled Chinese Burns in The Kiosk public art site July 10 th - August 5 th)

Sonia Bruce’s intricate installations engage the viewer due to their sheer manic obsessiveness. Through Sonia’s addiction to life’s forgotten “has been” products, her work acquires a more gentle tone, but on closer inspection a darker side to her supposedly casual world is revealed. With a penchant for grids and data bases, Sonia Bruce applies a minimalist aesthetic to her large scale installations assembled from everyday materials.

Alexander Costello works with a wide range of materials, approaches and techniques both as a solo artist and in his numerous collaborative projects. For the Physics Room Costello will produce a series of large-scale site-specific paintings concerning themes such as linguistic ambiguity, escape, and the brusque contingencies of everyday life. Borrowing his imagery from Italian comic books, the artist will add to each of these vignettes personal text work. Bluntly tautological or plainly idiotic, these appended snatches of language critically disrupt the visual images' "obvious" meanings, reframing them whilst being themselves affected by the highly stylised pictures over which they are placed. The resulting juxtapositions of text and image generate a compli cated play of linguistic and visual signs, a volatile interchange which is by turns puzzling, interrogative, comical and melancholic.