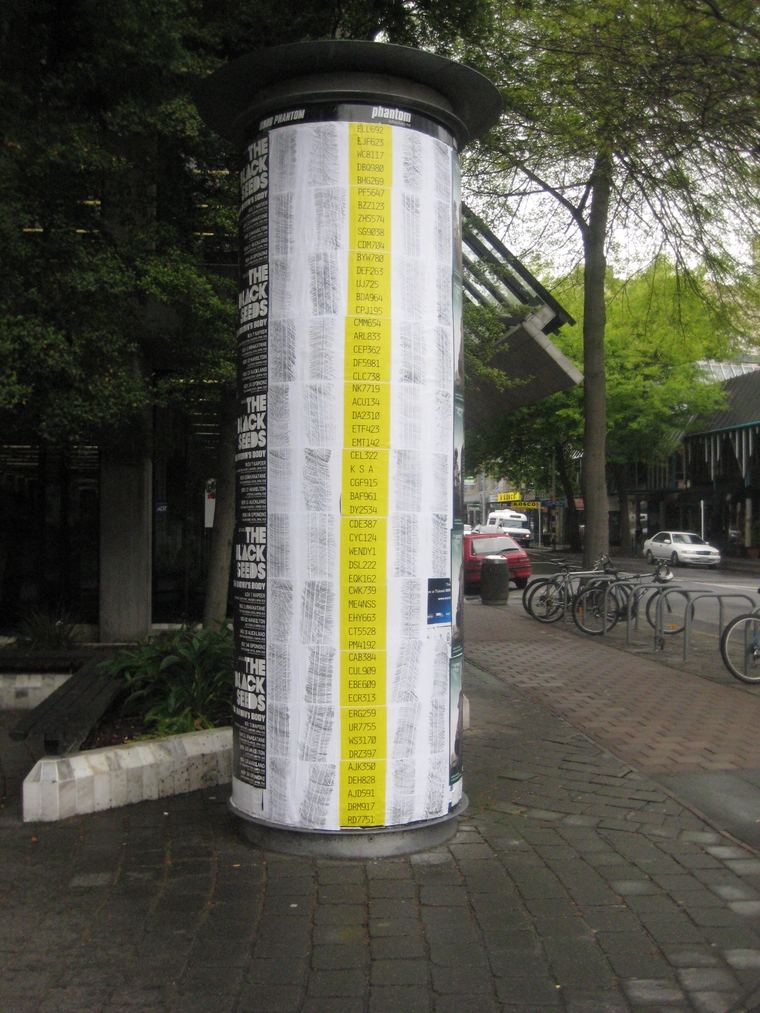 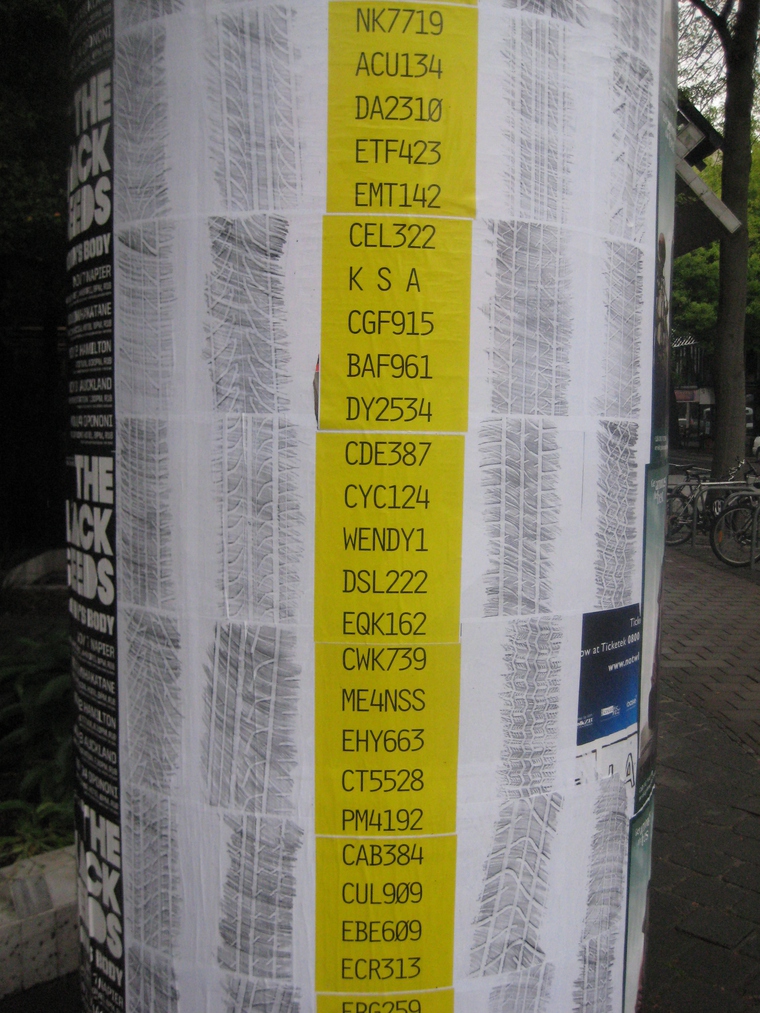 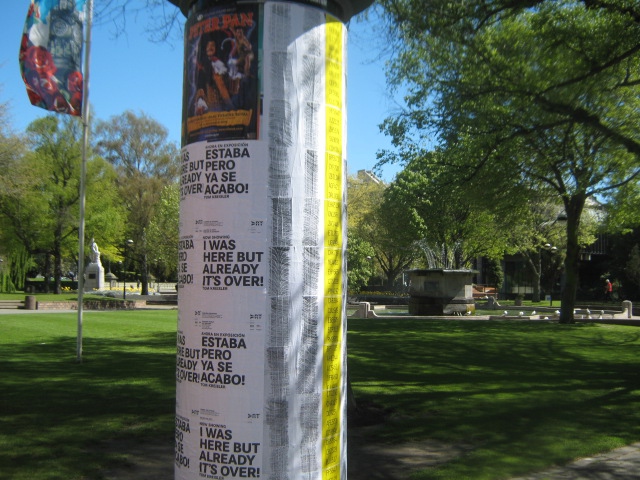 Recreational Bureaucracy calls attention to the invisible and shifting line that separates 'public' from 'private' by collecting data from individuals' vehicles parked in public inner city parking zones and republishing it anonymously. Car owners often regard their cars as an extension of their private space to the degree of completely forgetting what kinds of information may be gleaned by those who may be observing and recording their movements around the city. In this instance, the 'data' collected is only that which is already in public view, as Ali Bramwell will be recording car registration numbers and taking graphite impressions of the right front tyre tread. This material will then be reproduced and pasted en masse on walls and bollards around the city by Phantom Billstickers. The documentation and the way it is republished is intended to mimic various existing classification and surveillance activities, governmental, commercial, voyeuristic and vigilante.

The main conceptual focus of this work is on the role of the individual in governmental forms of control, as Bramwell takes on a pseudo-authoritative position illegitimately. The action also confronts the behaviour of commercial data harvesters and community action groups alike, who consistently employ data collection and 'data matching' methods putatively for the benefit of the public. The commercial use of private material is an increasing part of the political and economic landscape that remains largely invisible, and Bramwell's technique of collection also imitates the methodologies of surveillance most often associated with governmental control. However an important facet of this project will be how the Christchurch community reacts to the presence of this 'amateur bureaucrat'.

Versions of this work have been performed in Sarajevo, Bosnia and Wasserberg, Germany, and in each location the community reaction was different. In Sarajevo security officials accosted the artist for not having the correct authority, with her activities apparently perceived as subversive, threatening or potentially dangerous. However, in Wasserberg civil authorities predominantly ignored Bramwell and it was the individual car owners who were defensive of their personal property being documented by a stranger. The revelation of how this specific community deals with unknown threats and bureaucratic imposition of Recreational Bureaucracy will illuminate the relationship between control systems, social agreement and community.

By adopting specific methodologies of data collection and classification every day over a one week period in Christchurch, Bramwell will continue her ongoing investigation into urban control systems and how this occurs as social collaboration in public spaces. The forensic findings will also be broadcast through a dedicated website for this project, causing the project to slide interstitially between accepted forms of behaviour and security roles, exaggerating and subverting modes of surveillance and data classification. The web address for the project is http://bureaucrat.geek.nz/.

Recreational Bureaucracy is being aided and abetted by Phantom Billstickers.