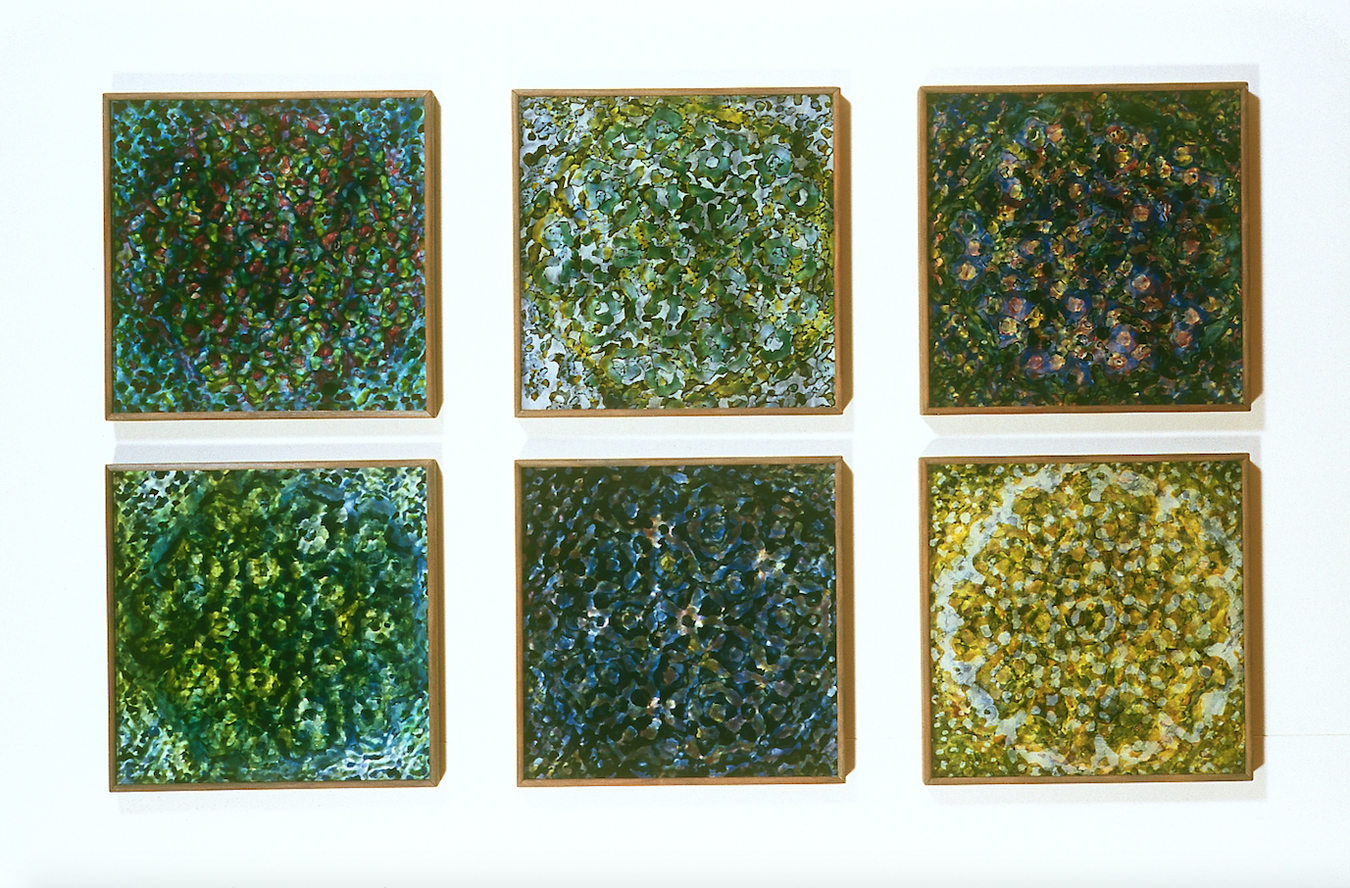 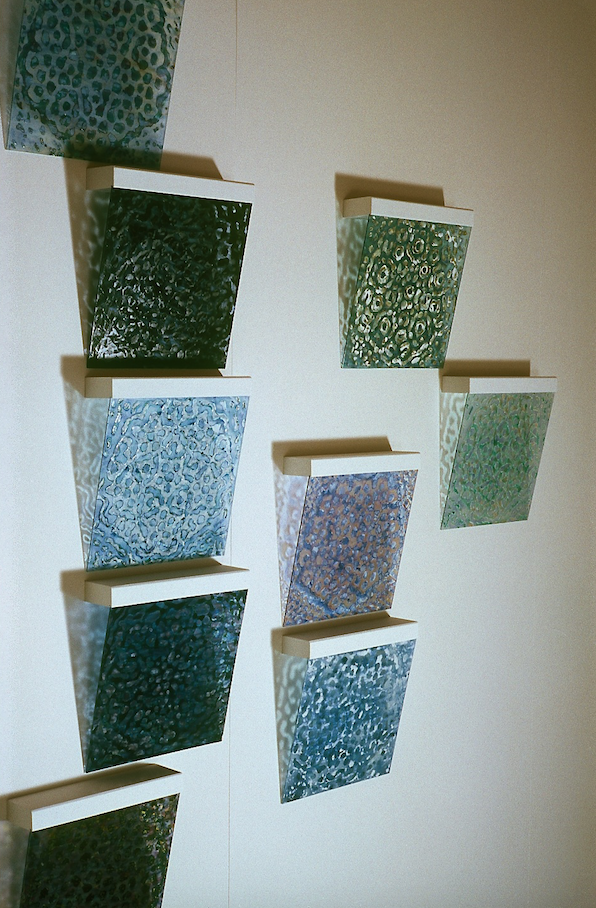 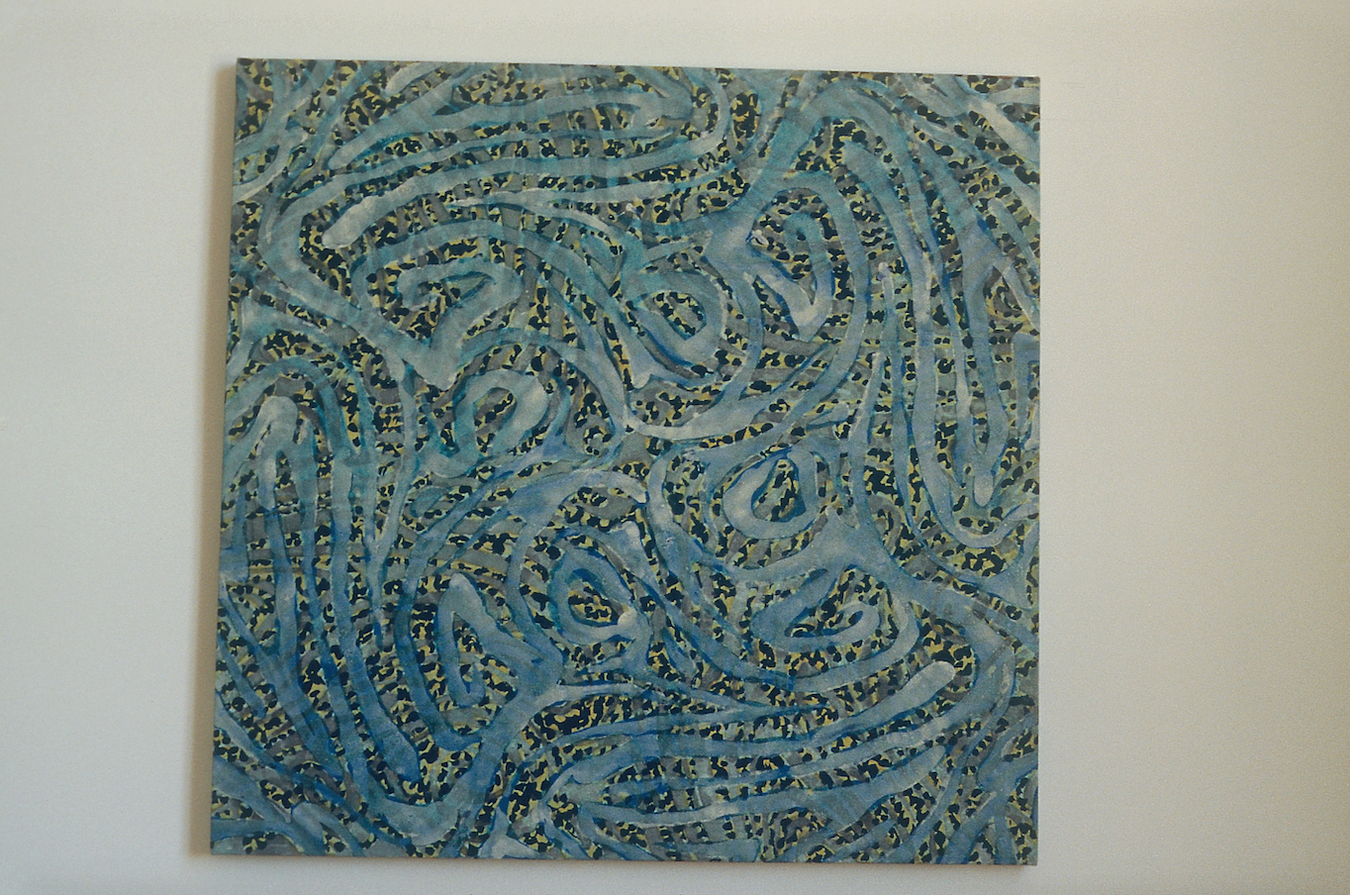 Well known Sydney based artist and lecturer Liz Coats has exhibited widely, and held artists residencies in Beijing, Tokyo and Dunedin. Locating her practice within the field of painting, Coats' prolific practice seeks to re-evaluate the currency of the painted object as a cultural and historical form. Rather than mimic the visible appearance of objects, Coats seeks to make visible vivid underlying connections, interested in the way in which the stability of geometric structures in paintings, combined with transparent colours in a fluid relationship to light, can create an ambient relationship with the natural world.

"Perhaps one might consider a painting as a feedback loop in which the time-base is hidden. An image field is contained and assembled through progressive decisions. Evolving patterns within the layering process provide a stream of options, rebalancing interpretation and lessening the hold of logical determination. There could be a simple periodic system within each image; additional colours unlock further variations, while anticipation is lessened and the work becomes complete unto itself."