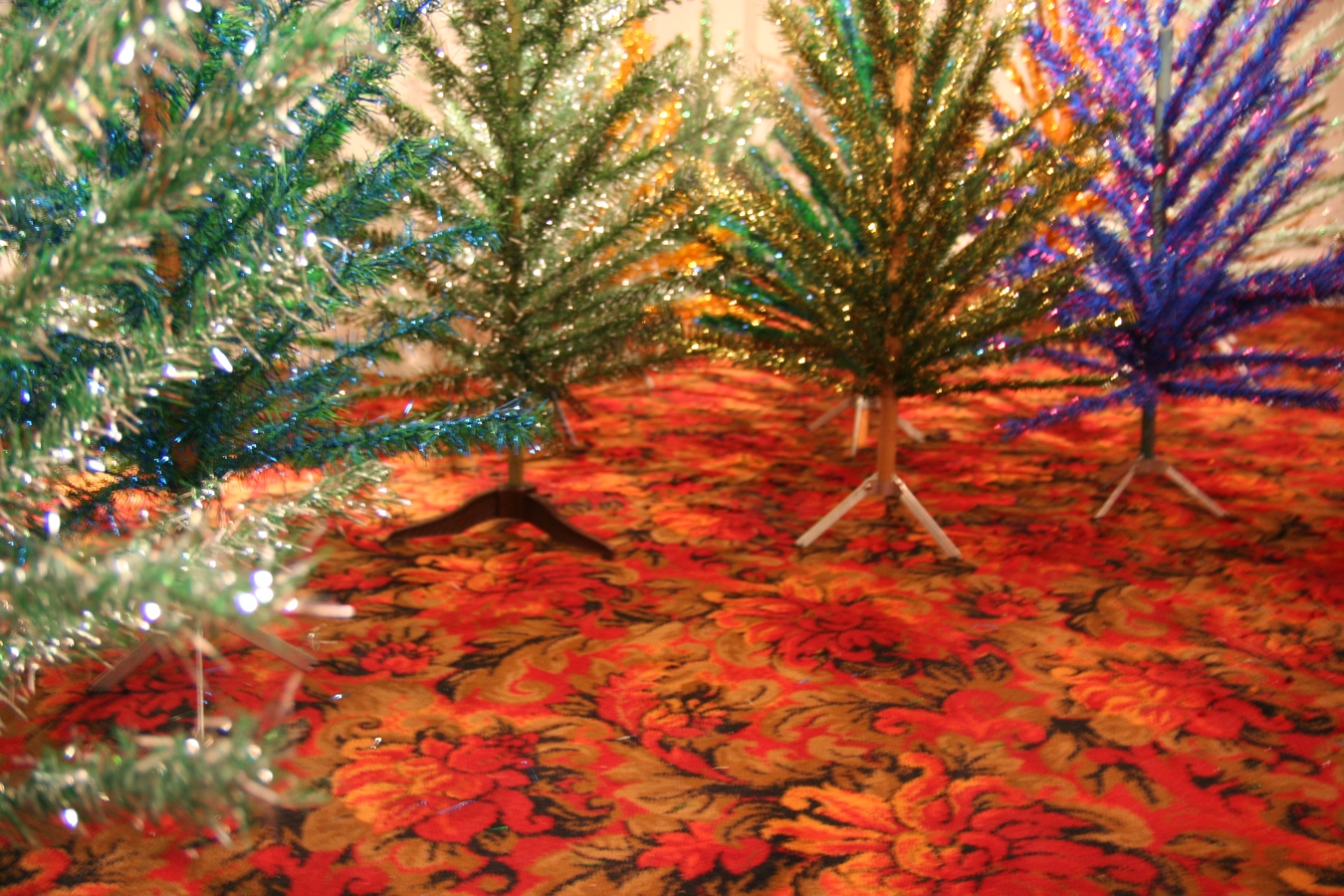 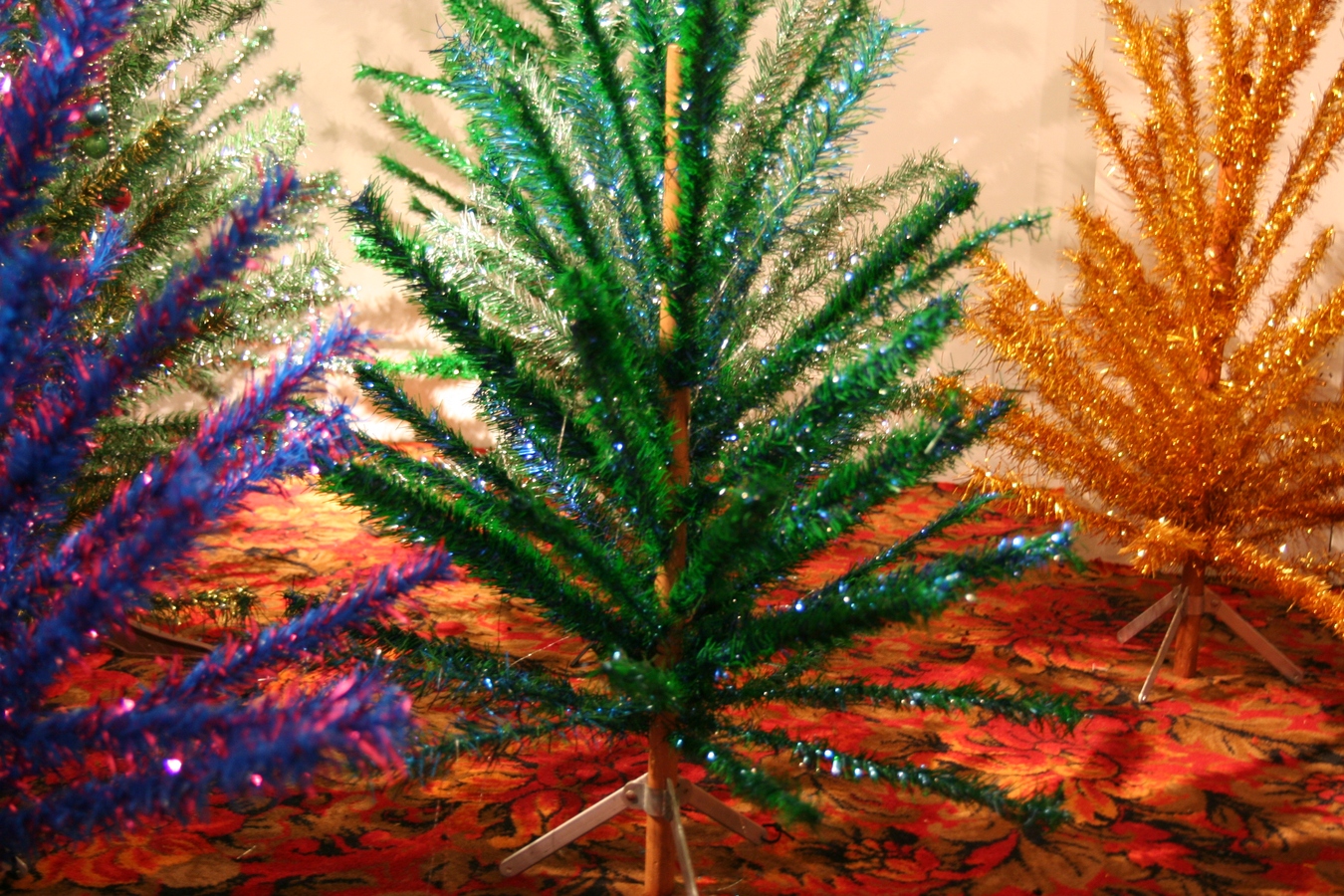 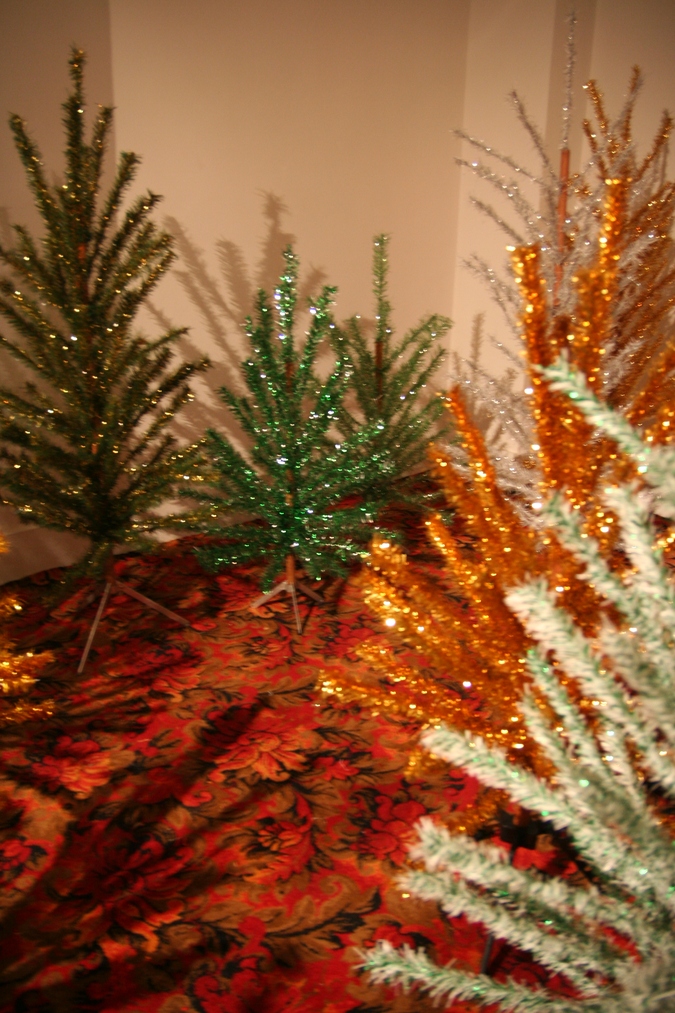 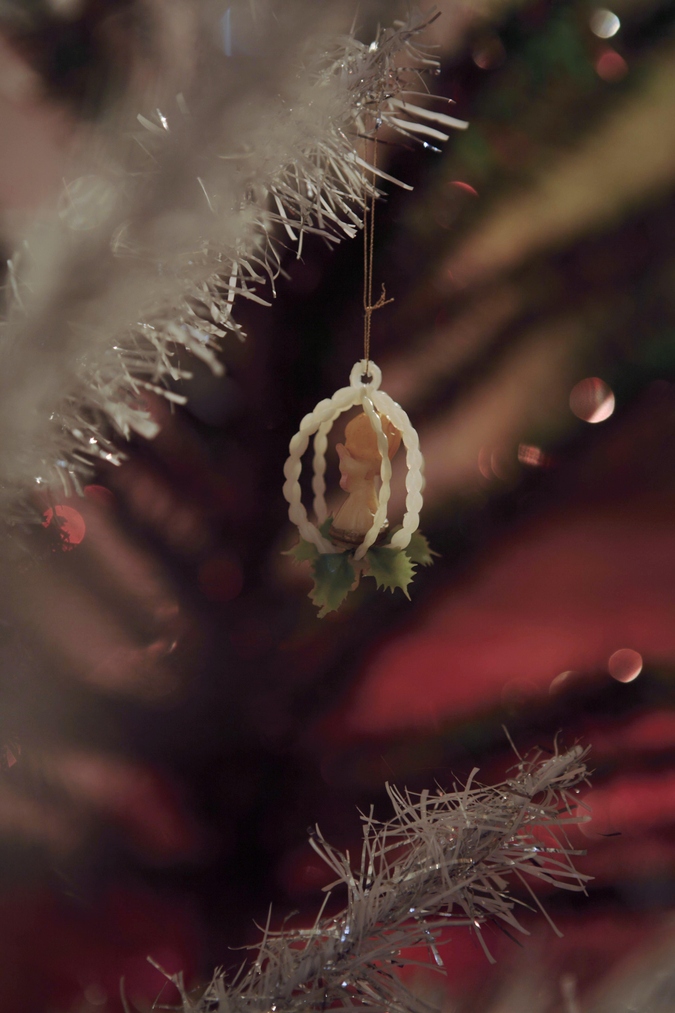 Installing a reticent thicket of faux Christmas trees in The Physics Room’s rear gallery, Brenda Nightingale’s quiet collection, built up over a number of years, hums with all the promise and provocation of nostalgia’s disconcerting residues of slippage, silence and shadows.

Laid out on discarded tracts of Axminster carpet, in a move that moulds the gallery into an echo-chamber for the laudable domestic interiors and accoutrements of post-war prosperity, Nightingale’s forest mimes retrograde sentimental tropes through an invocation of the same drifting temporality that remains deeply imbedded within the collector’s impulse.

Presenting a tableau that yokes the coercive charisma of the festive season with the neurotic banalities and strife-filled irregularities of the domestic scene, Nightingale’s installation also provocatively orients itself in relation to the surreal intrigue of David Lynch’s Twin Peaks series. Mimicking the same ambivalent and oddly public arbors present in Nightingale’s recent suite of watercolours, for The Physics Room Nightingale plots something equally sparse and unnerving as a result.

Brenda Nightingale completed her M.F.A. in Painting at the University of Canterbury in 2008, having graduated with her B.F.A. from the School of Fine Arts there in 1998. She has shown with Jonathan Smart Gallery since 1999 and has also exhibited at the Centre of Contemporary Art, The Robert McDougall Art Gallery, The High Street Project and as part of The Otira Project in 1999. Recent solo exhibitions at Jonathan Smart Galleries include: Nightingale (2008); Dis-possessed (2005); Way Out West (2004), The Vermilion Paintings (2002), Gauge (2001) and Fleur de Lis (2001). Publications/artist’s books include: Nightingale (2008), Way Out West (2004) and Pictures of Knitting (1997).