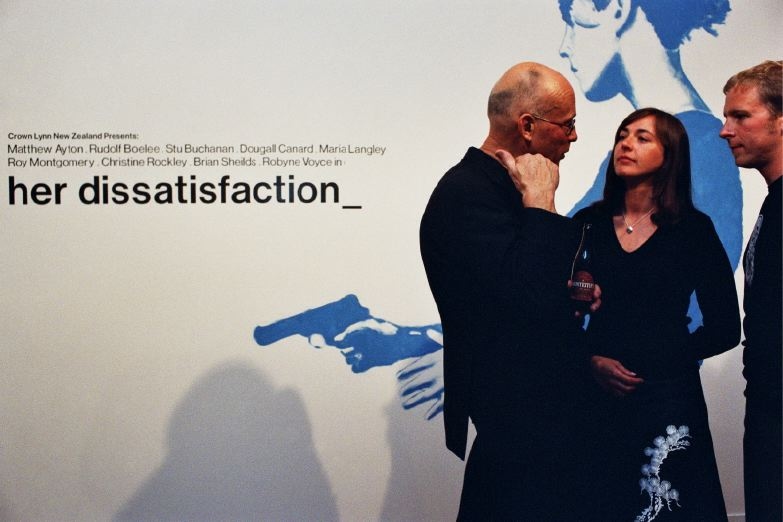 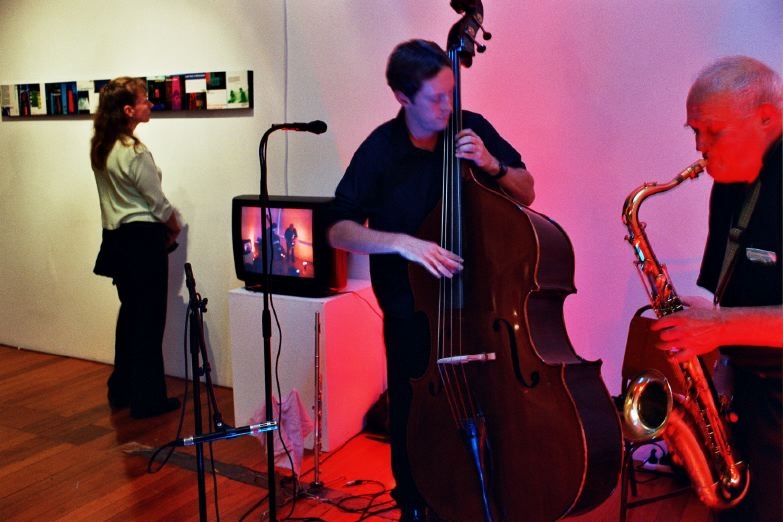 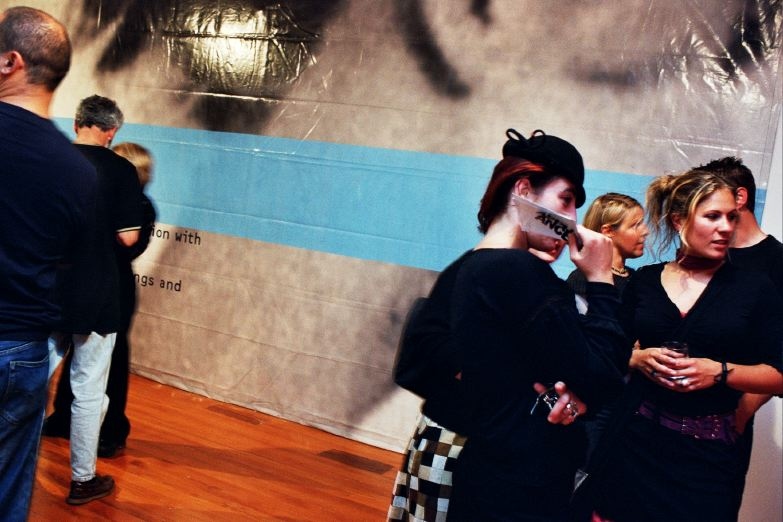 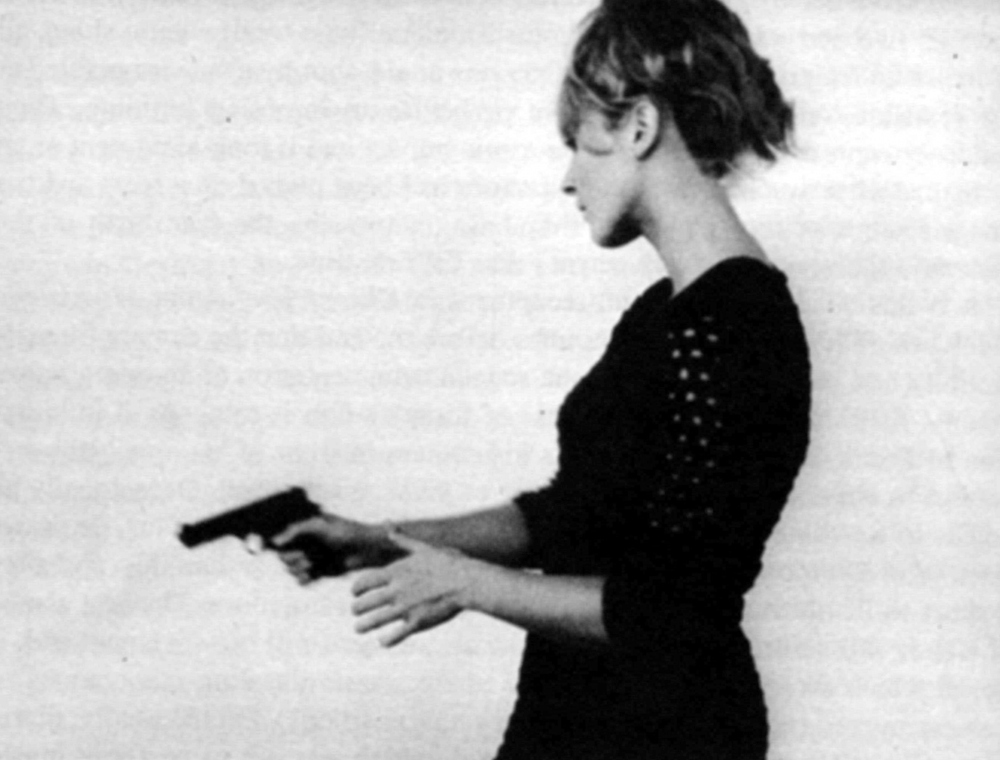 After the success of his 'Runaway' show last year, Christchurch artist Rudolf Boelee presents a new exhibition in association with Crown Lynn New Zealand - a collective of artists and designers using the former trademark of the now defunct ceramics company.

The new exhibition is titled 'her dissatisfaction_' and follows on from a 2000 billboard produced by the Crown Lynn artists for a temporary site on the High Street side of the Physics Room building. The billboard, titled 'The Ambiguous Image', used a still from a 1960's new wave film - a visual style which has been an influence throughout much of Rudolf Boelee's artistic career.

Boelee has revisited this billboard work in his new exhibition, presenting it anew within the gallery. The scale and dimensions of the billboard are similar to that of a movie screen and Boelee has continued his cinematic theme throughout the exhibition, which also includes painting and a video projection.

Dutch artist Rudolf Boelee has made Christchurch his home for the past 20 years, and this exhibition explores his observations of the "rather strange phenomena of New Zealanders' ability to undervalue their environment and the quality of life here."

The opening preview on Tuesday 25th promises to be a snappy affair, with legendary Christchurch jazz musician Stu Buchanan providing a live soundtrack to set the tone. Visitors are encouraged to "dress sharp"!