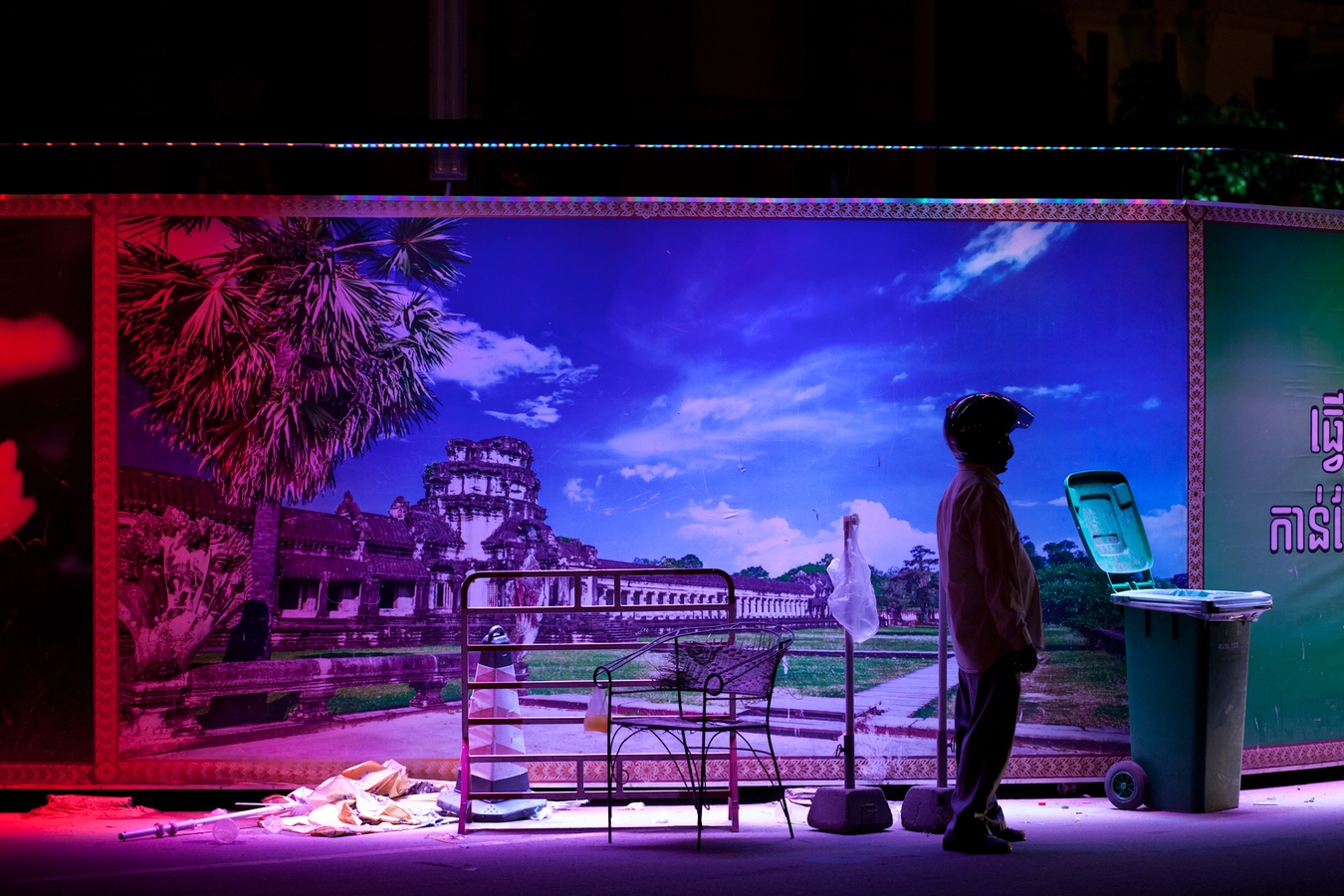 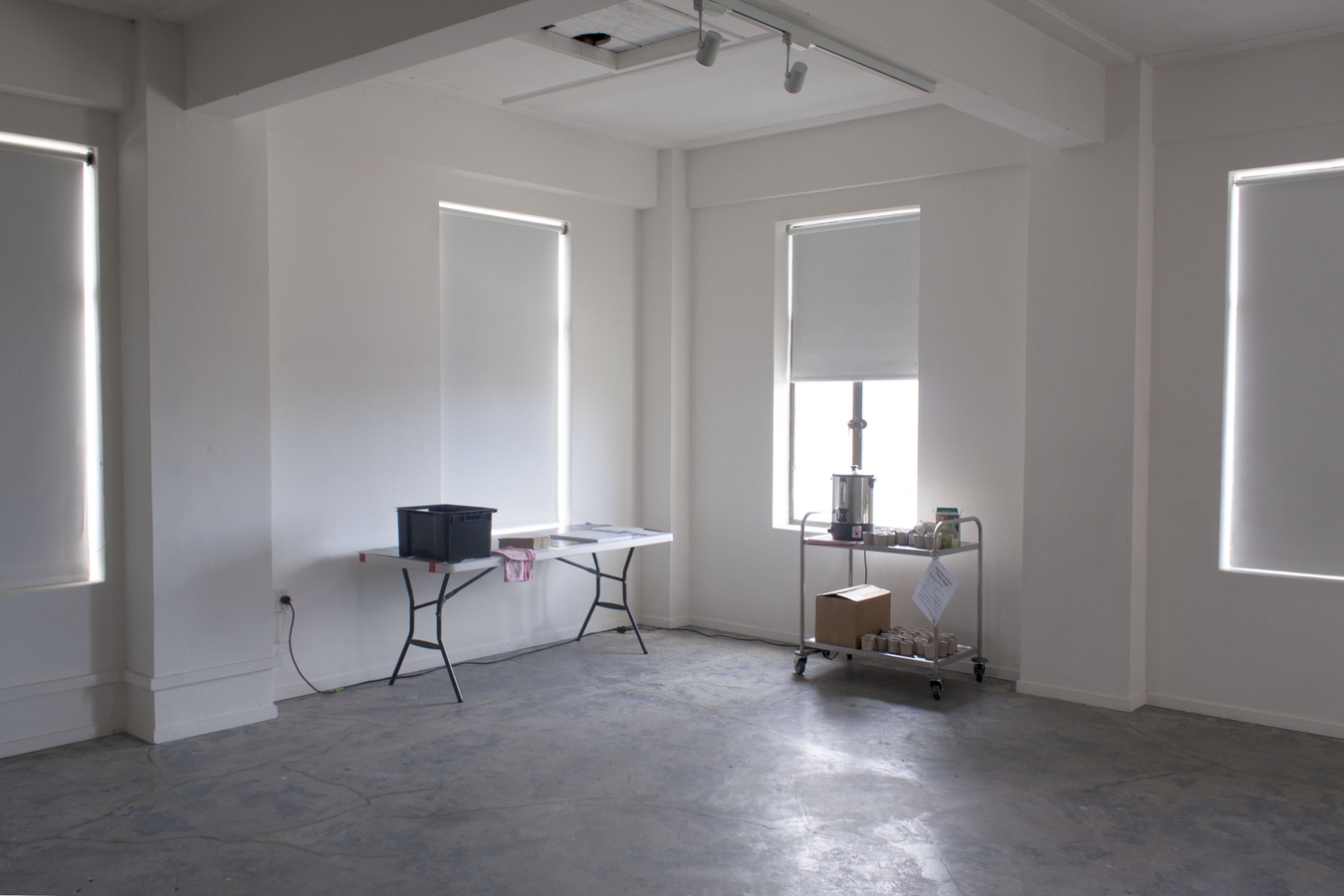 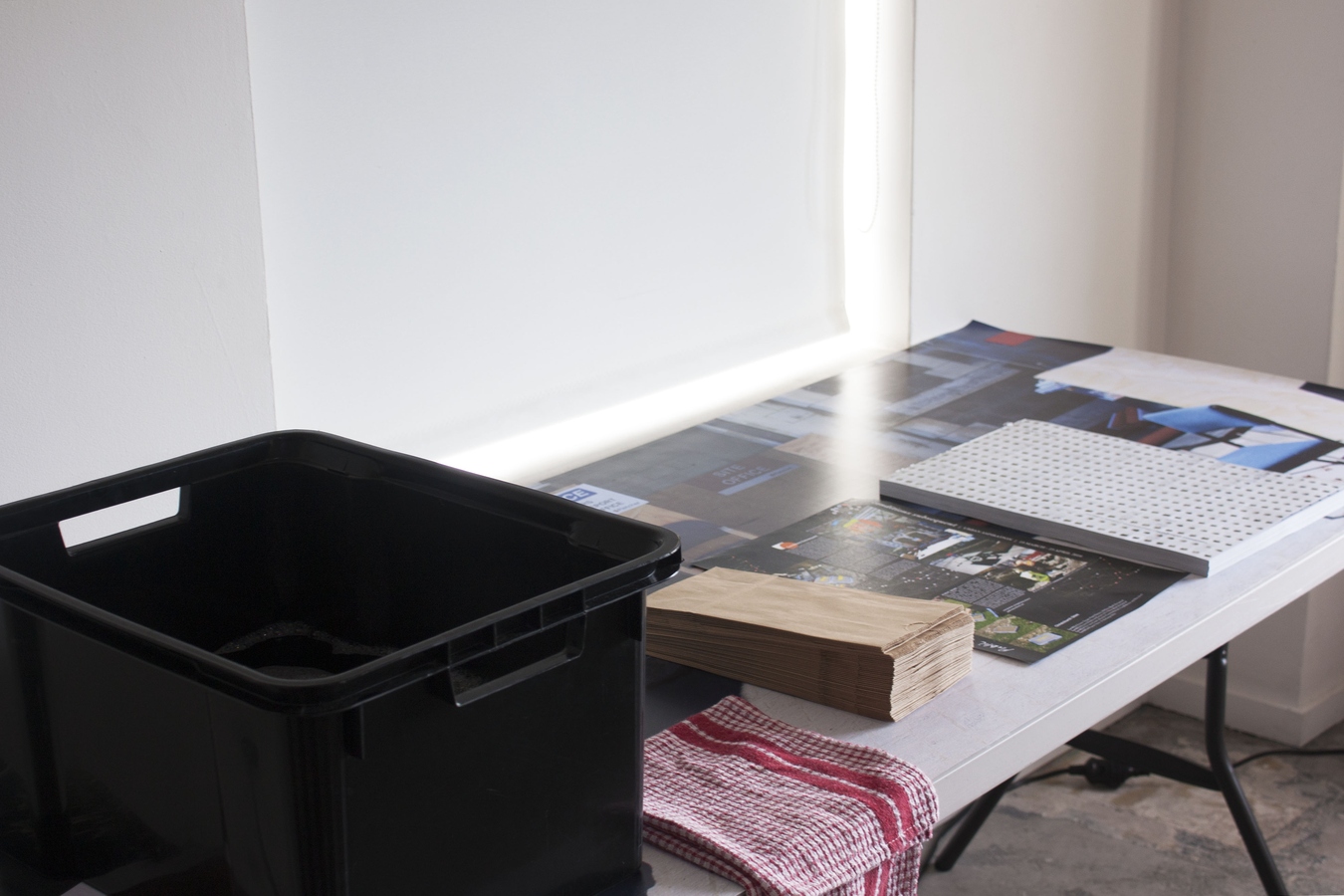 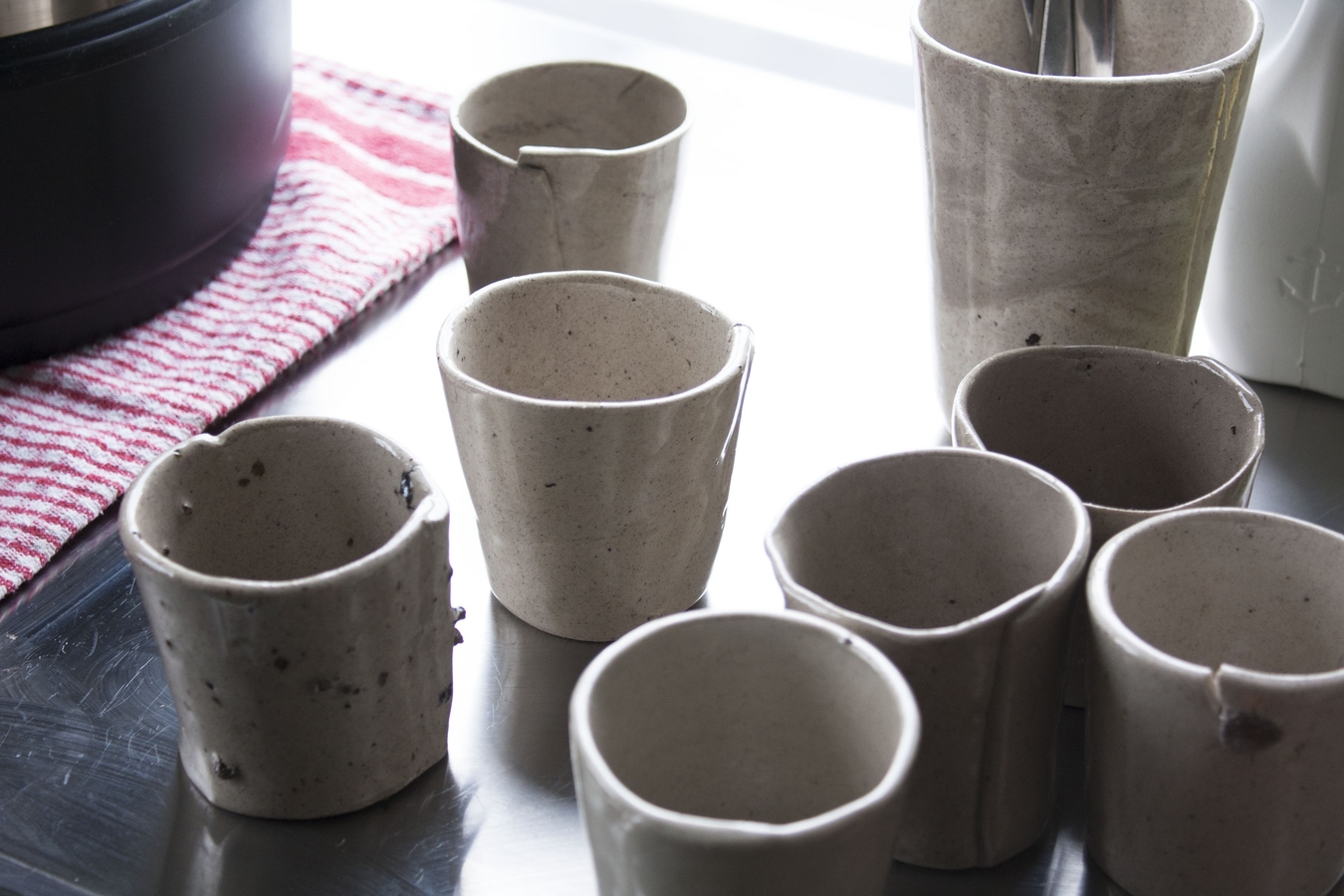 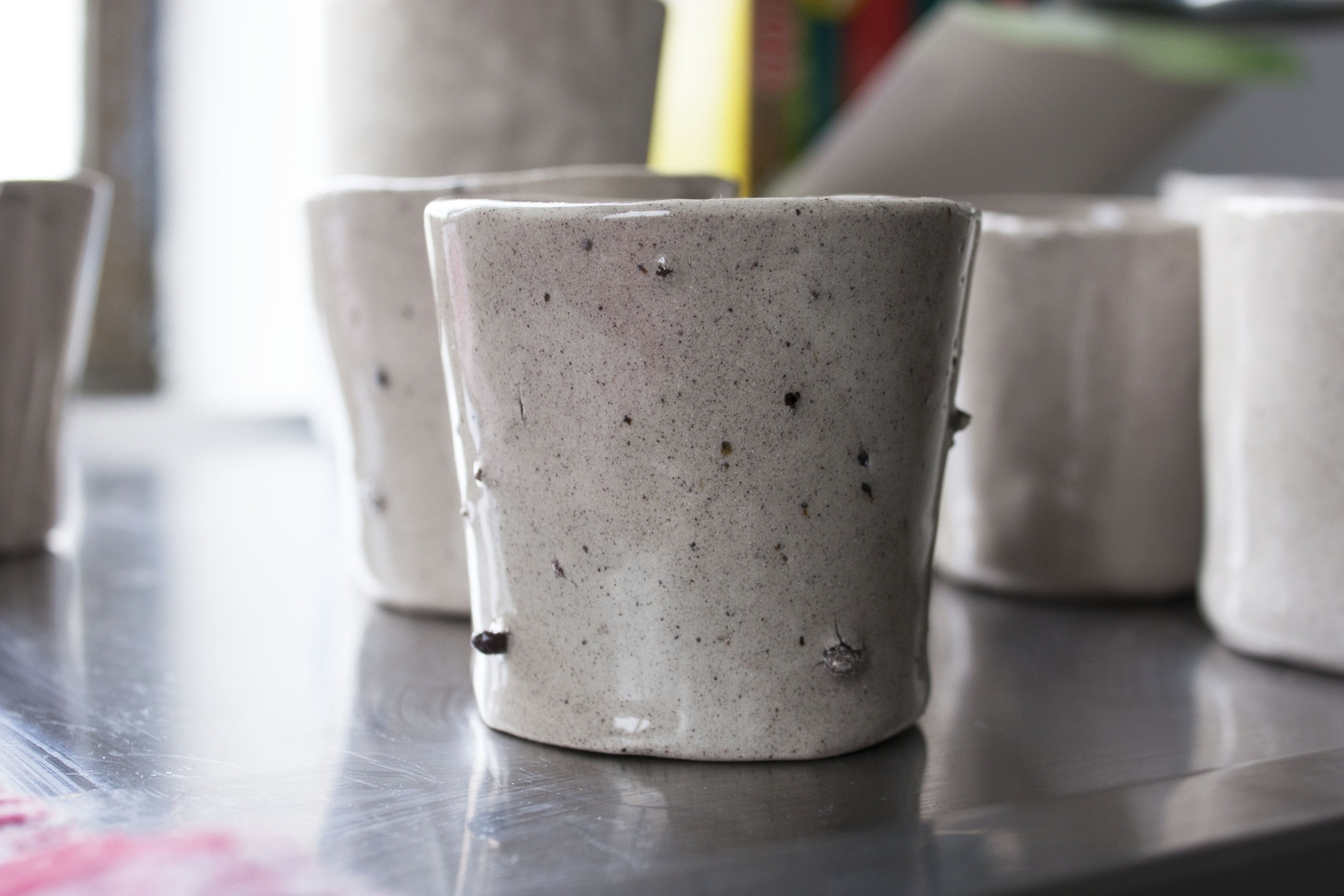 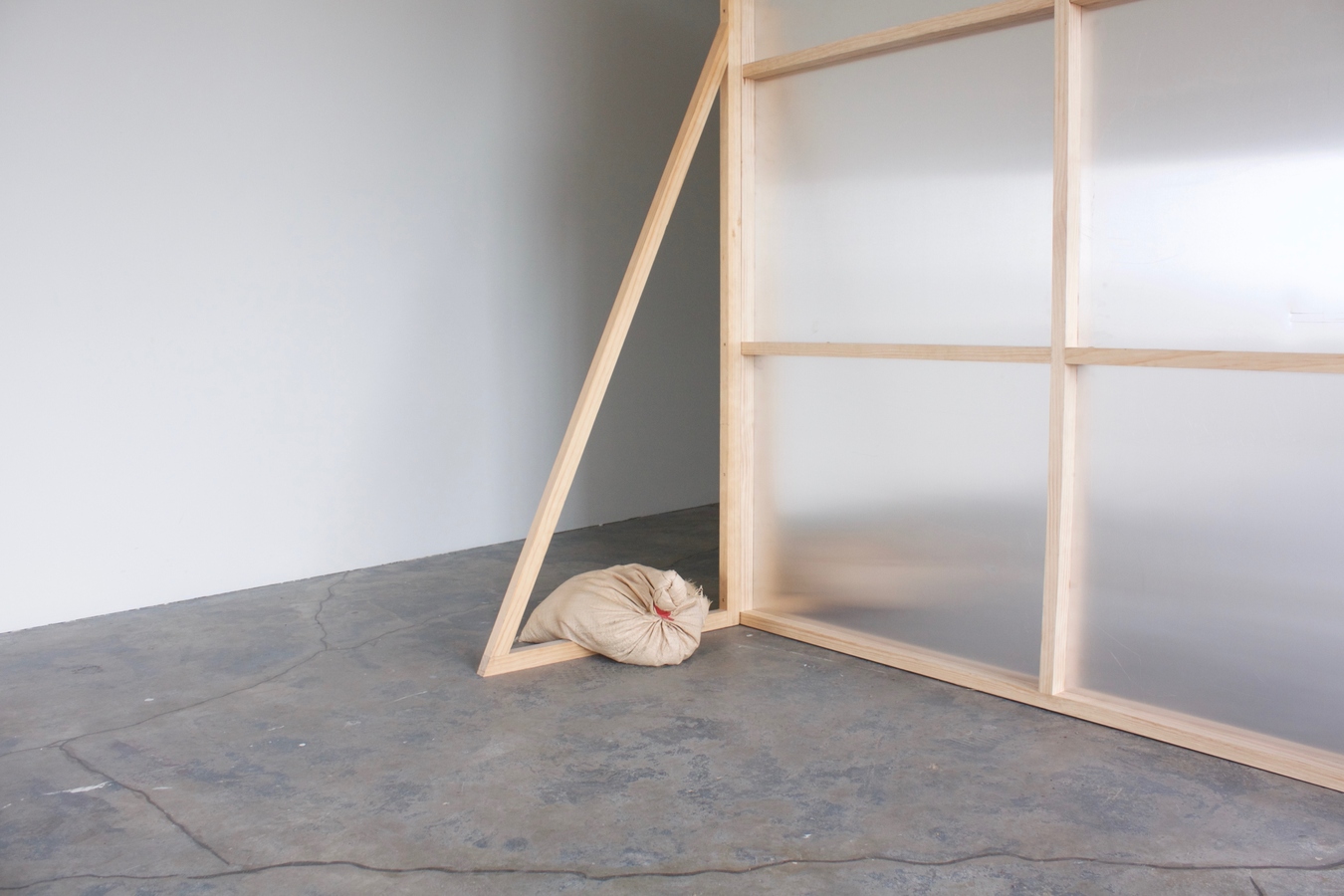 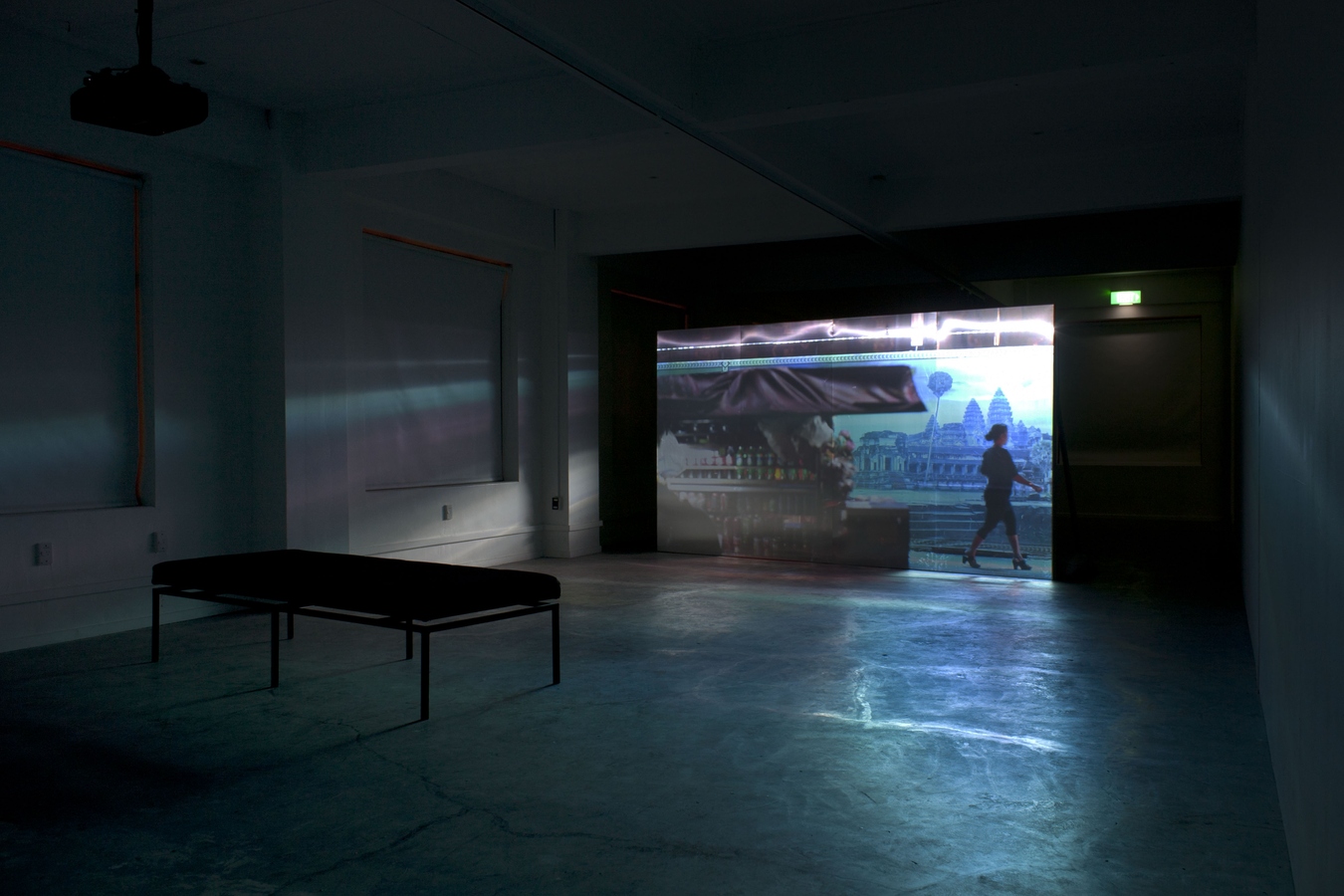 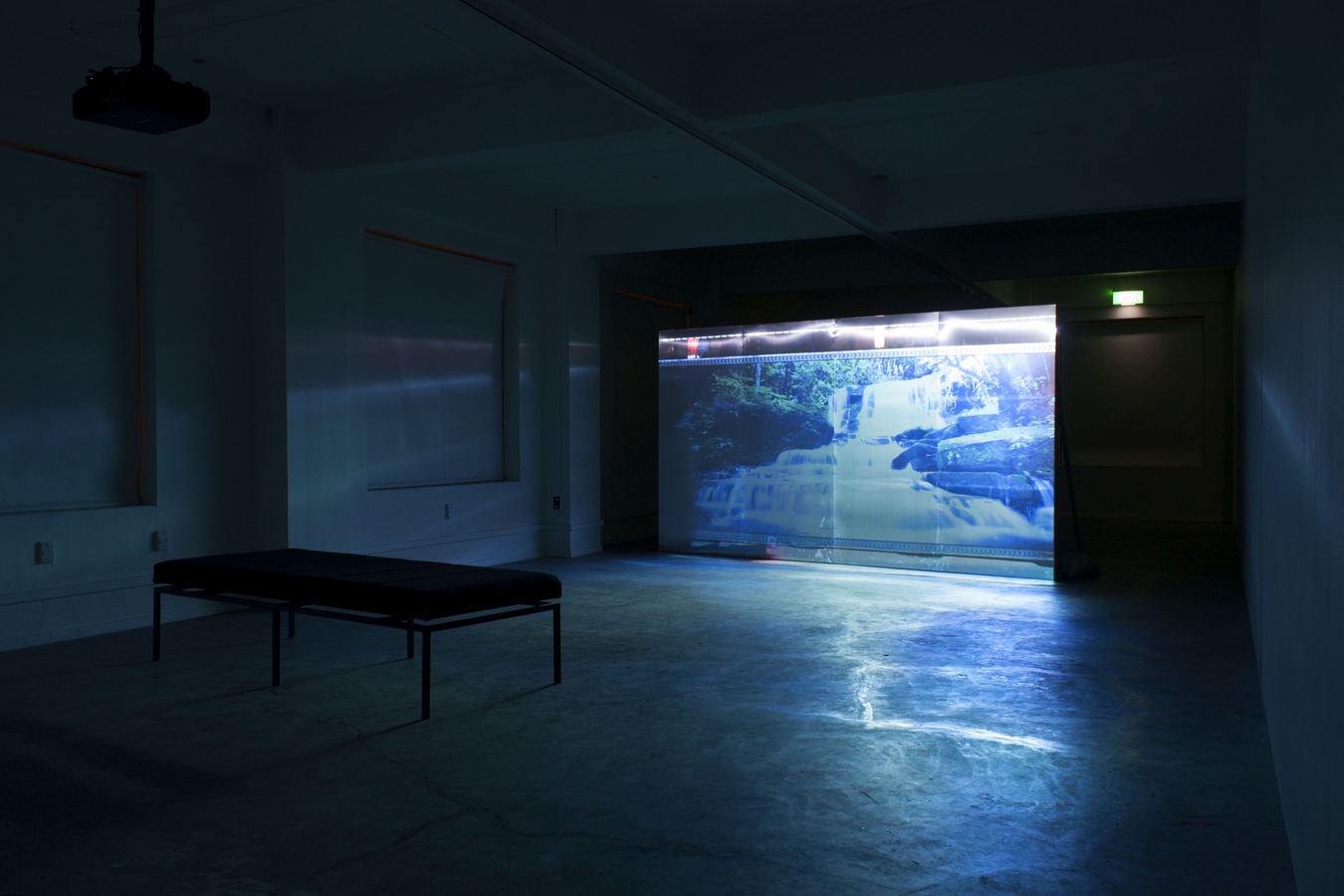 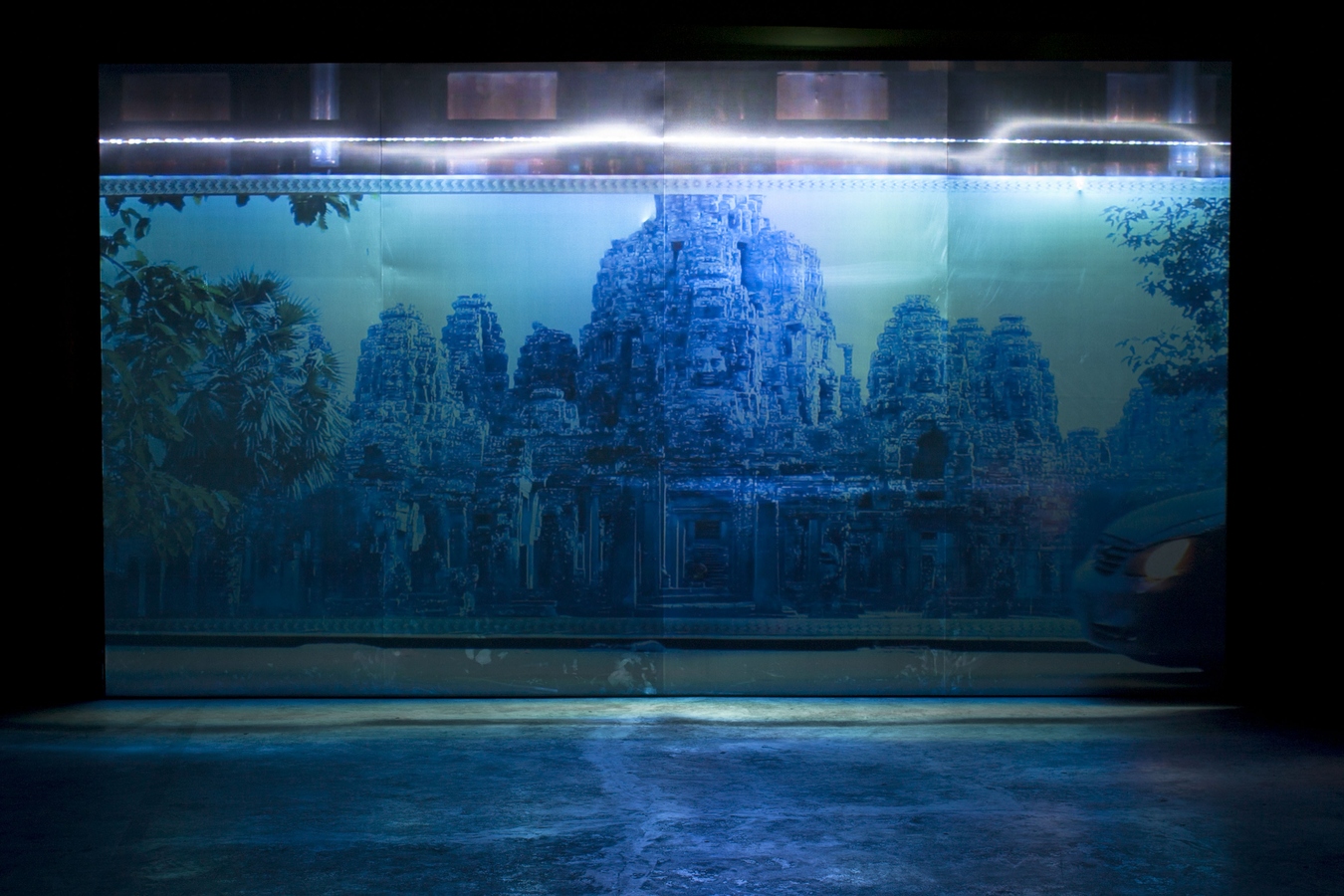 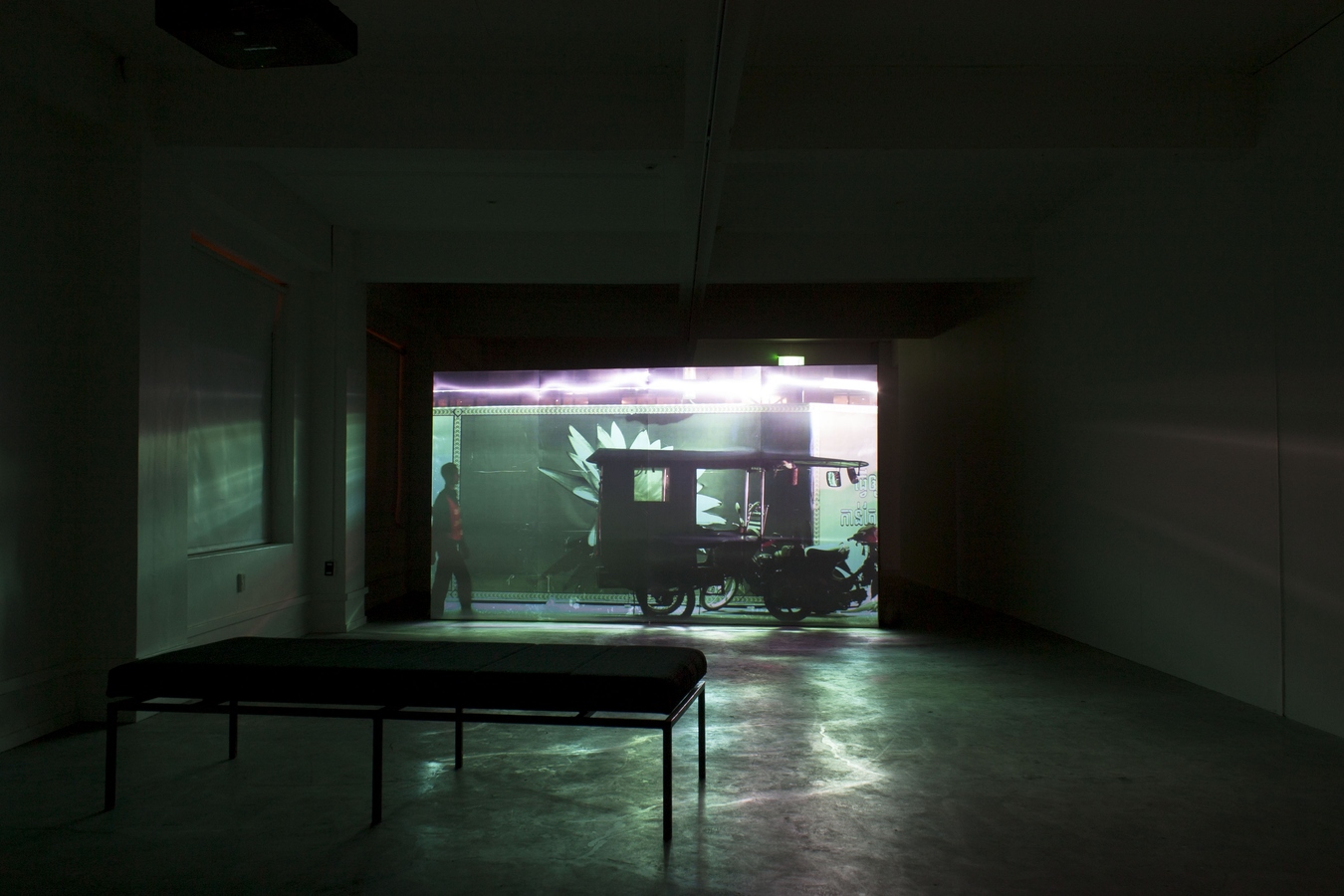 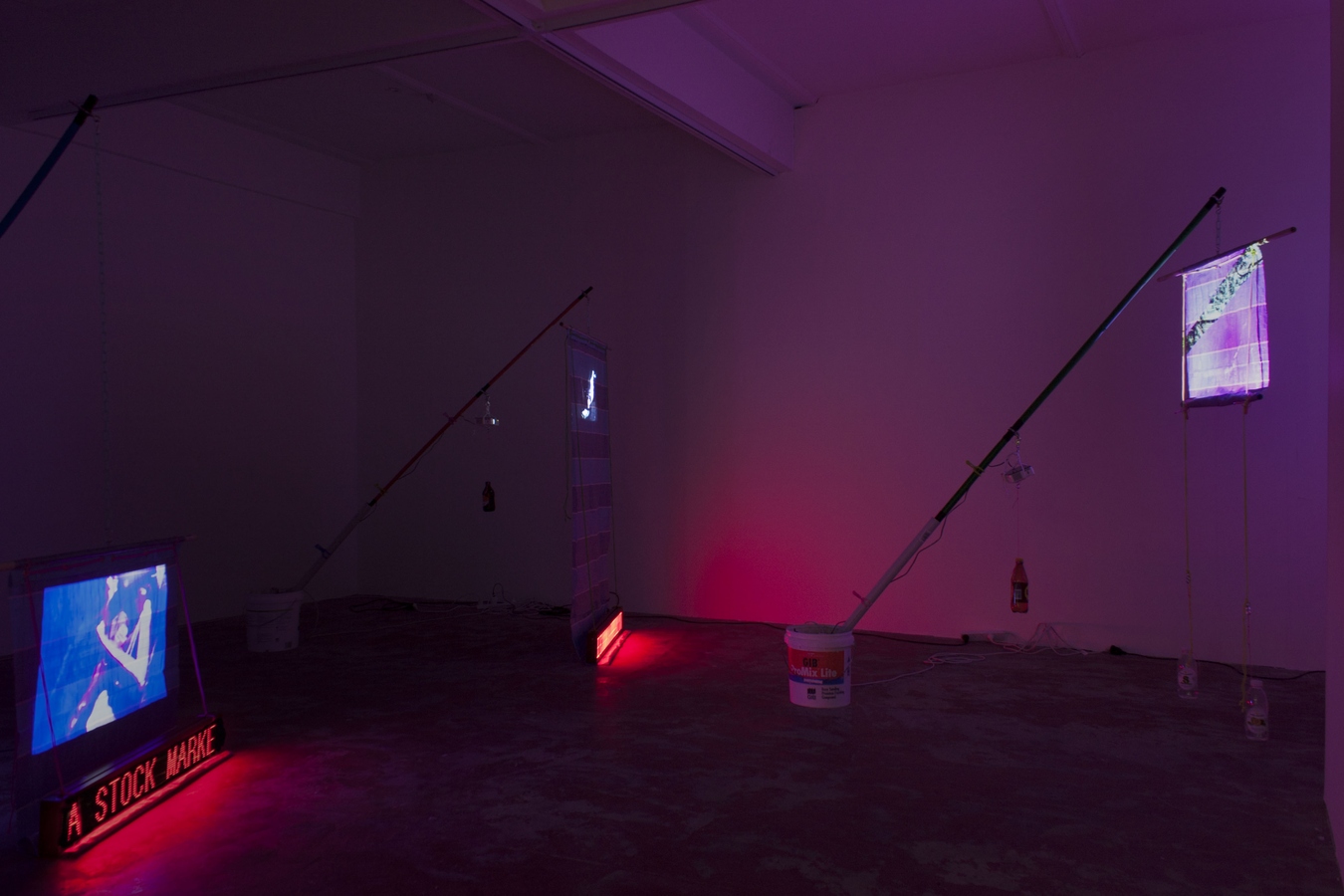 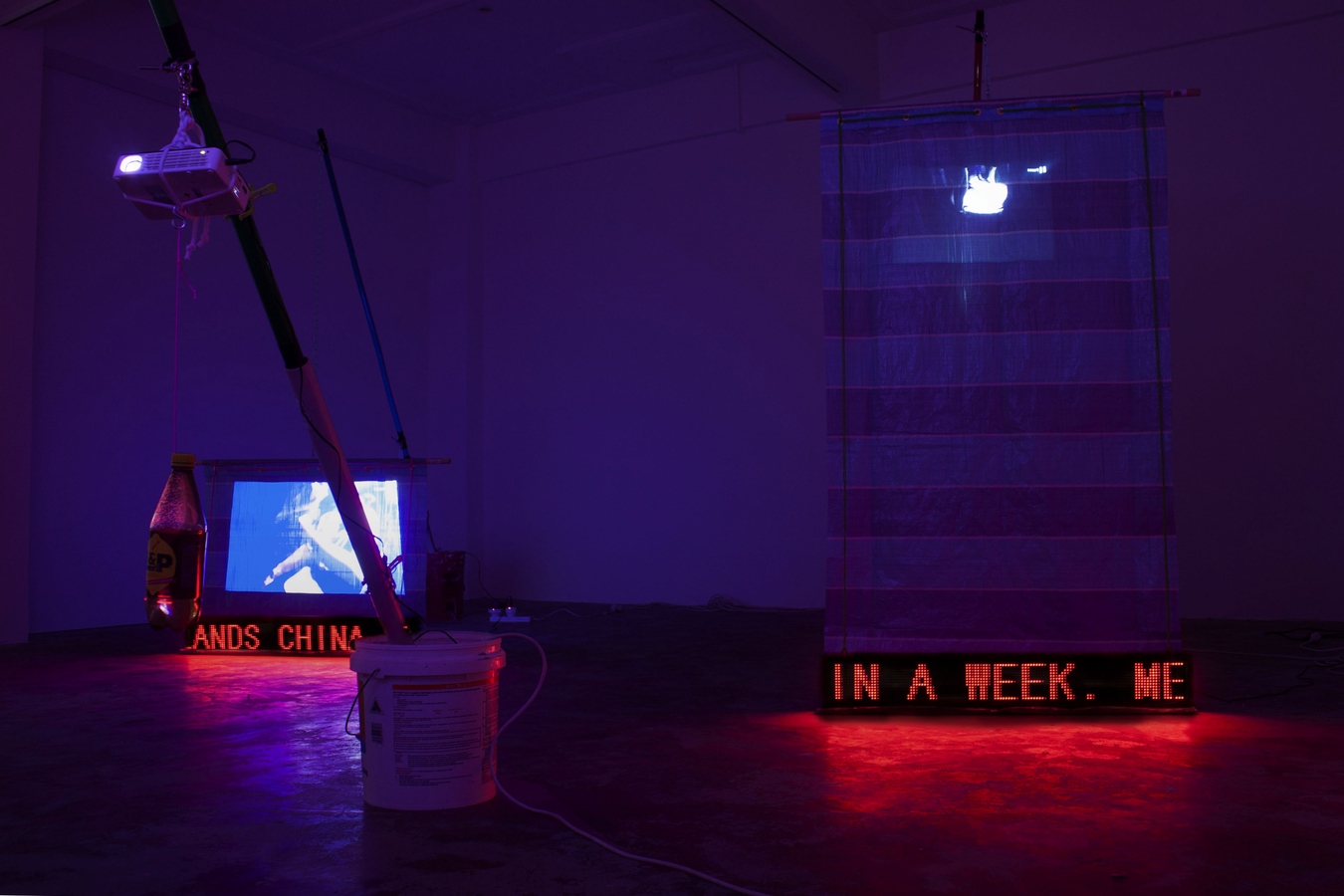 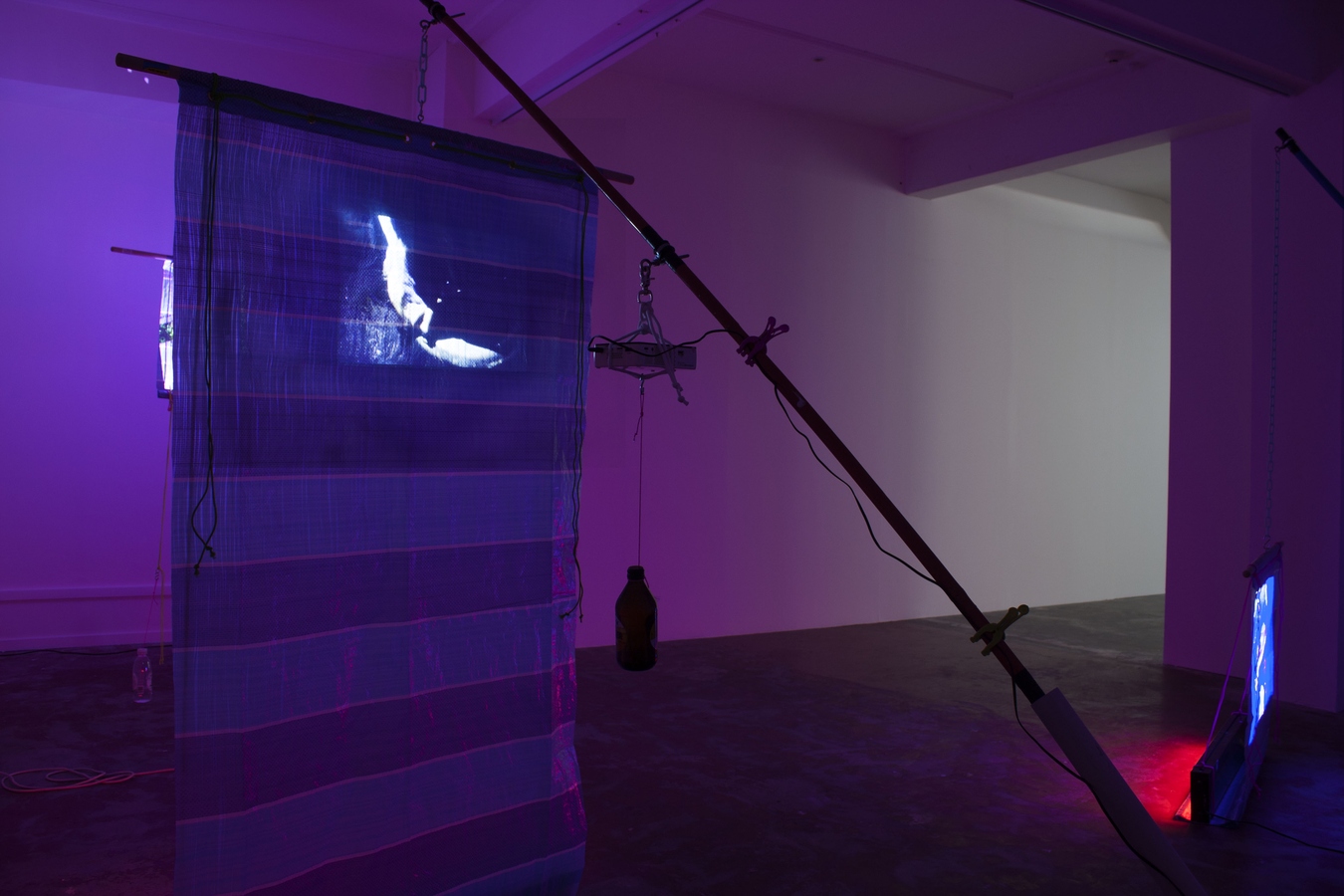 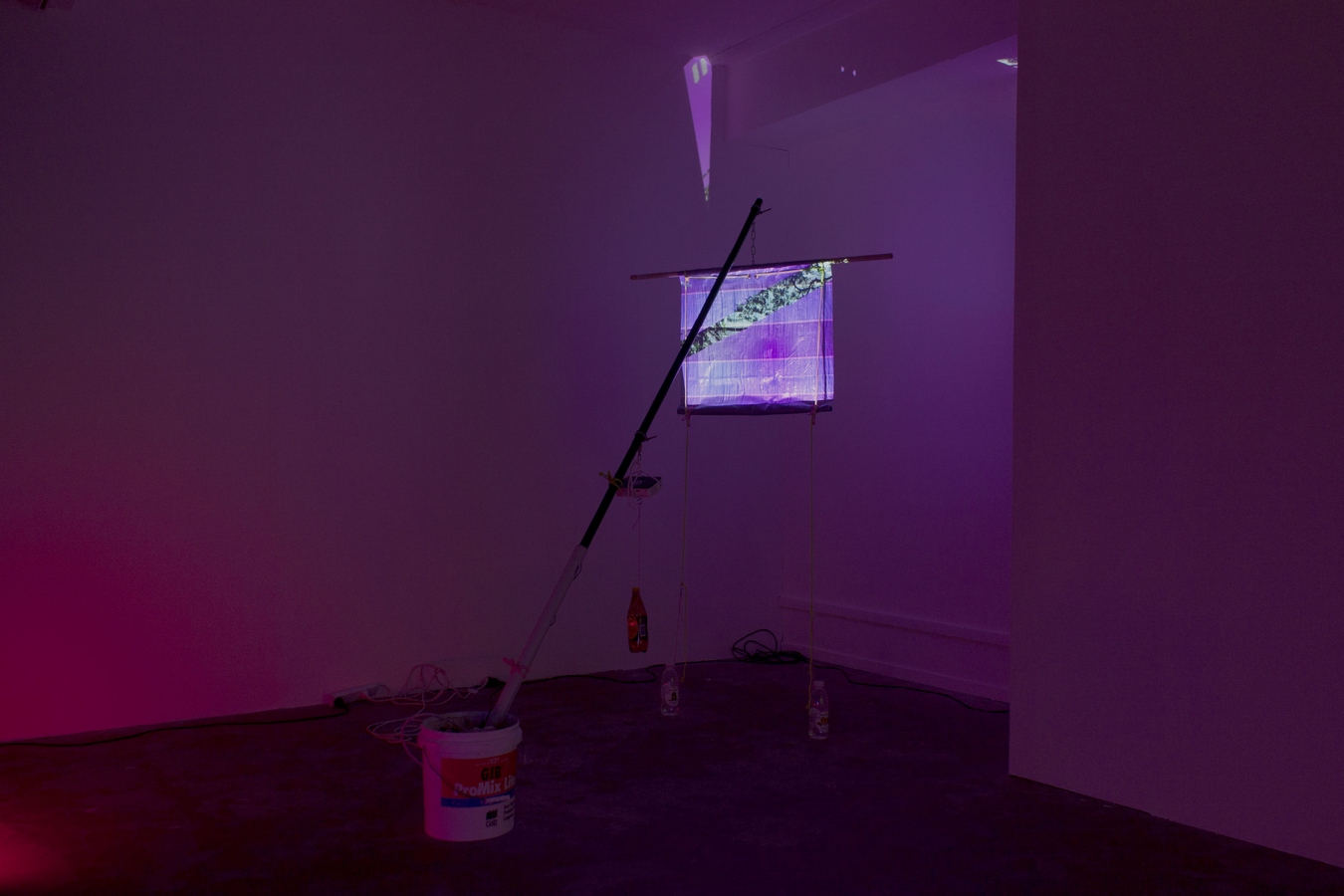 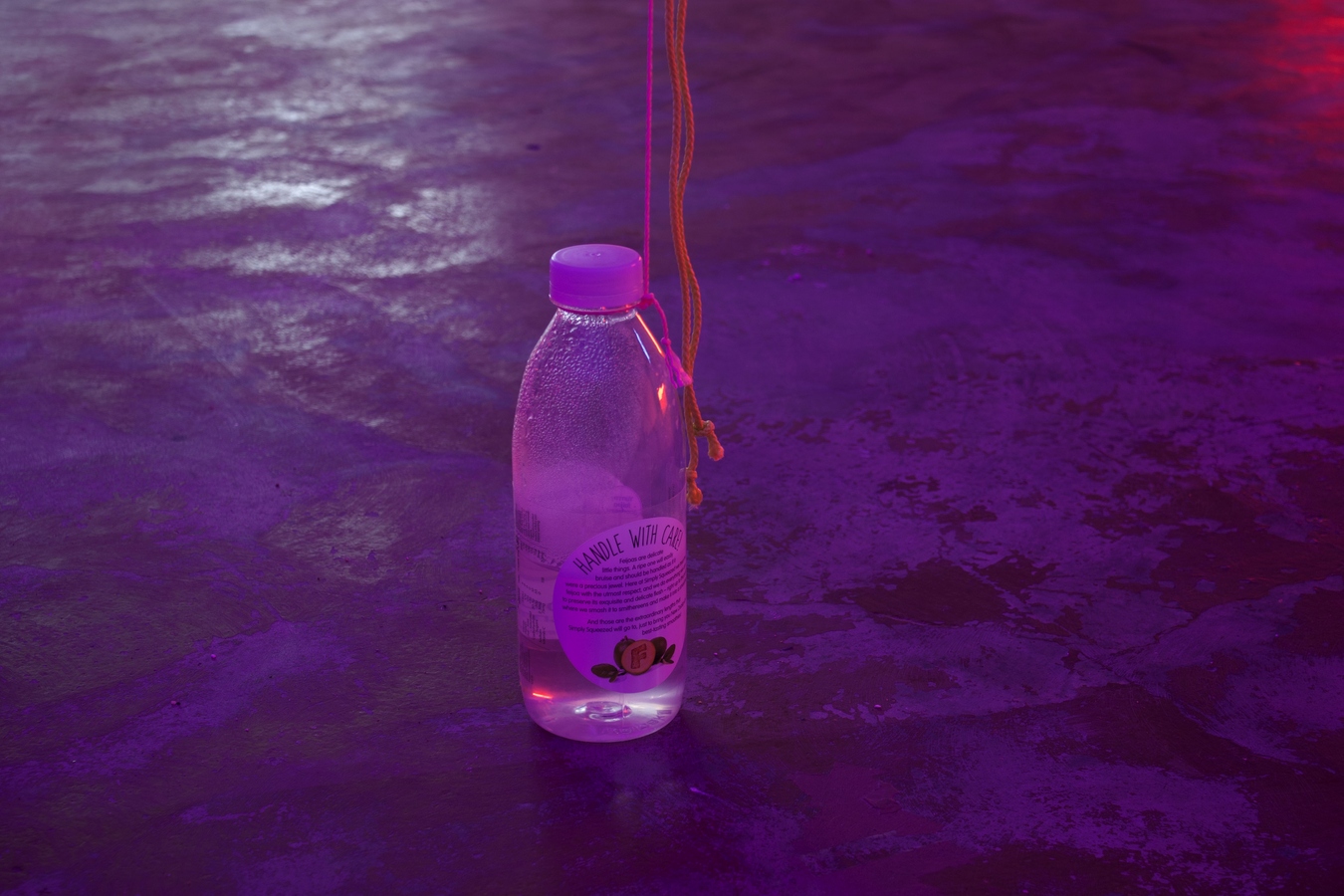 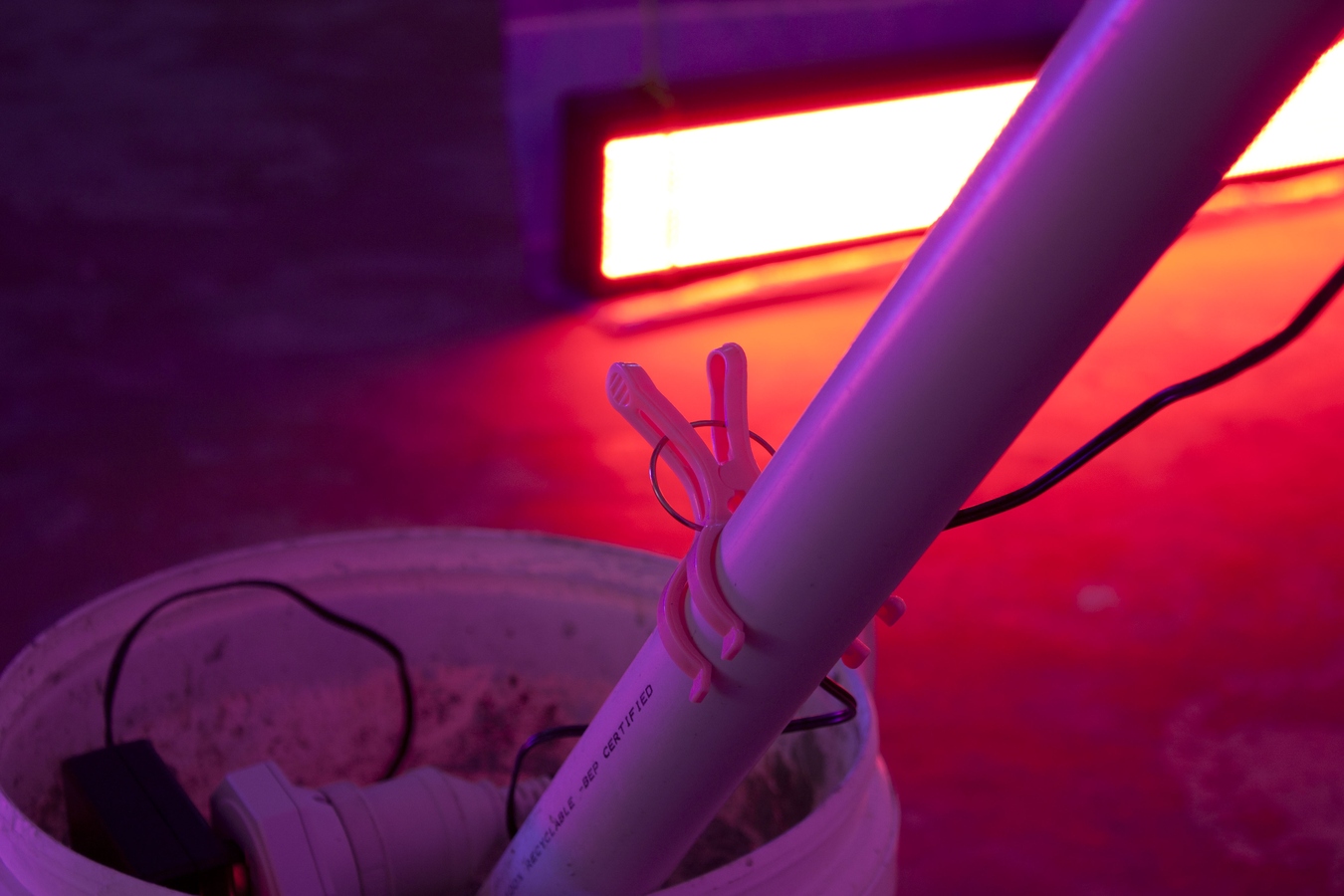 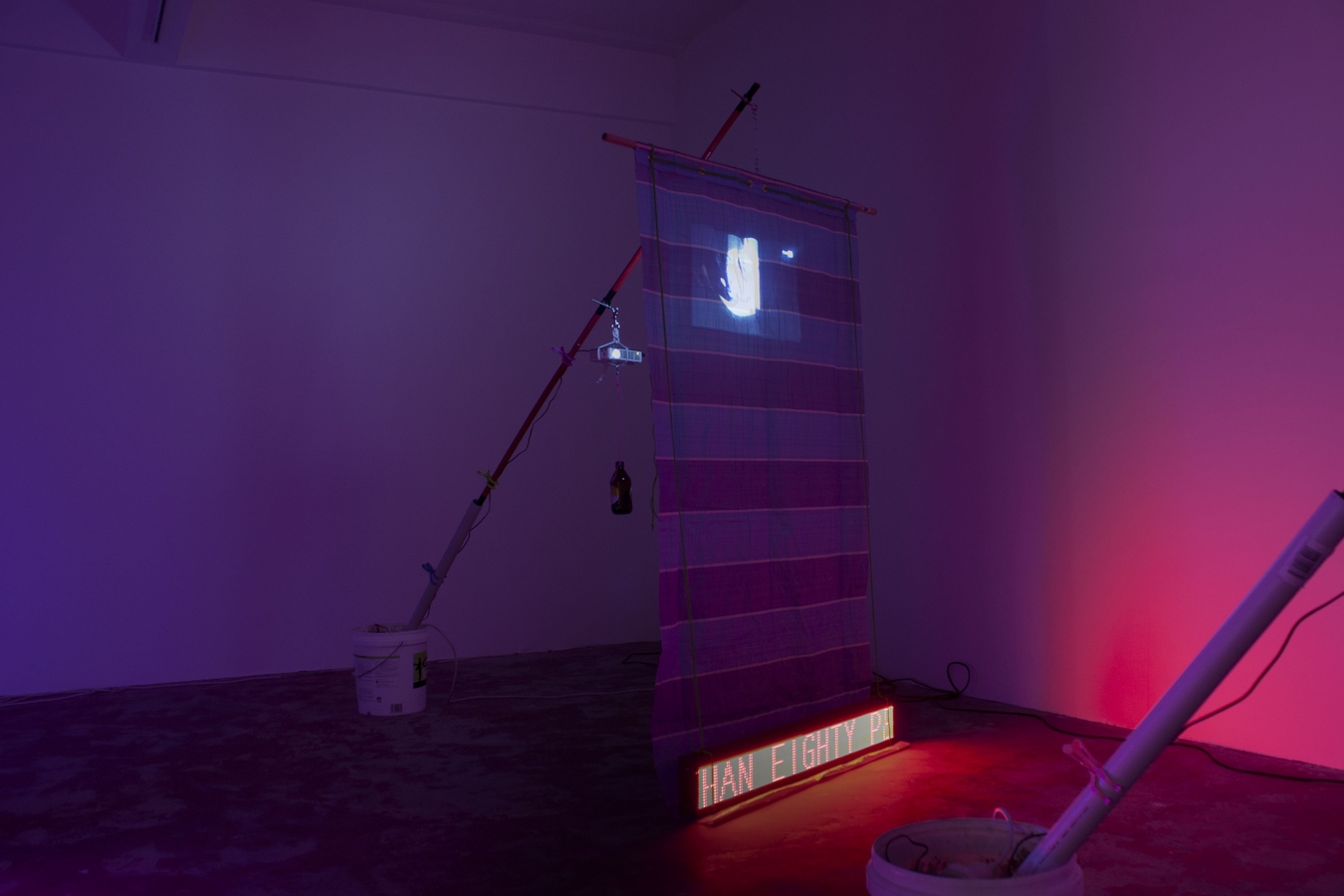 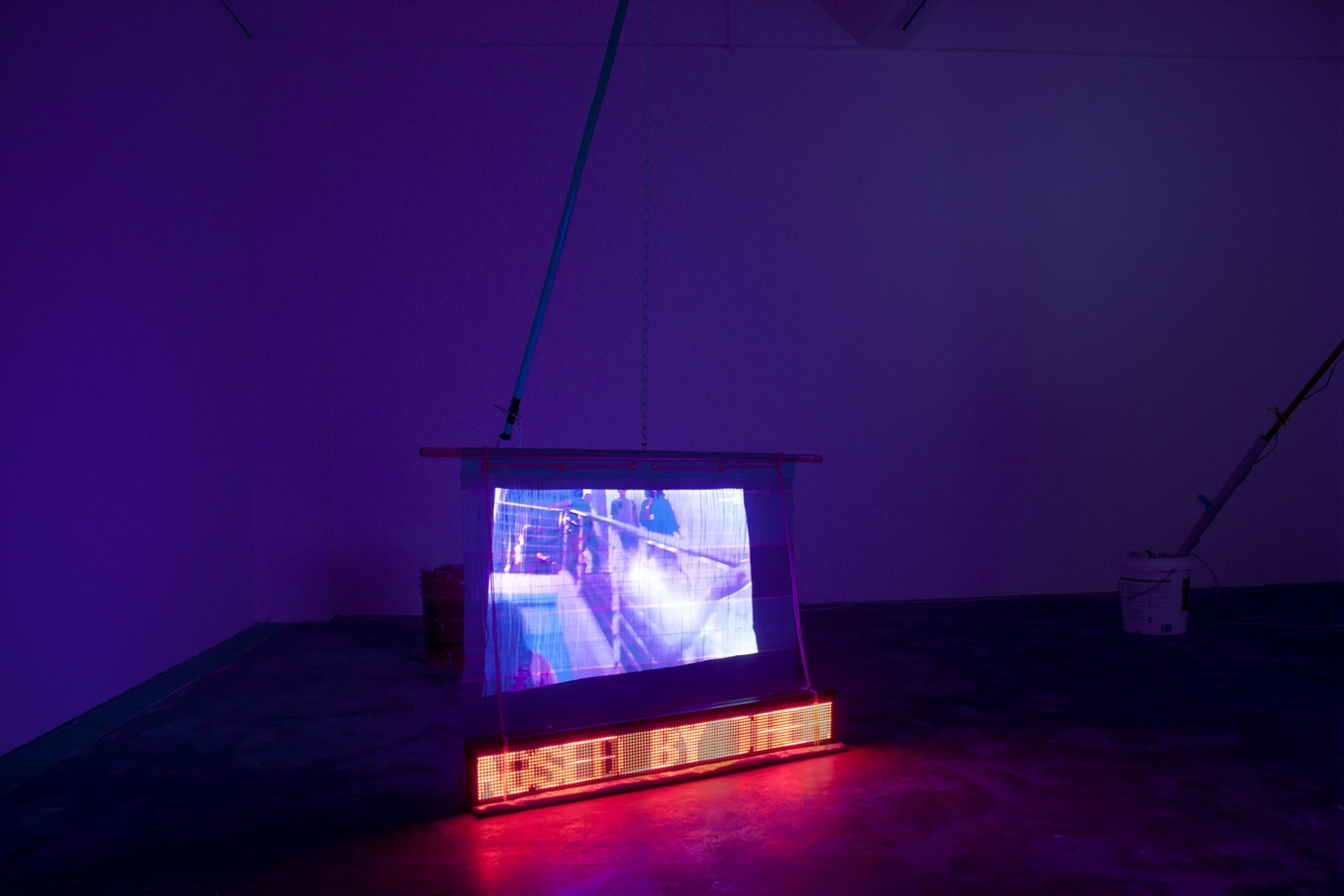 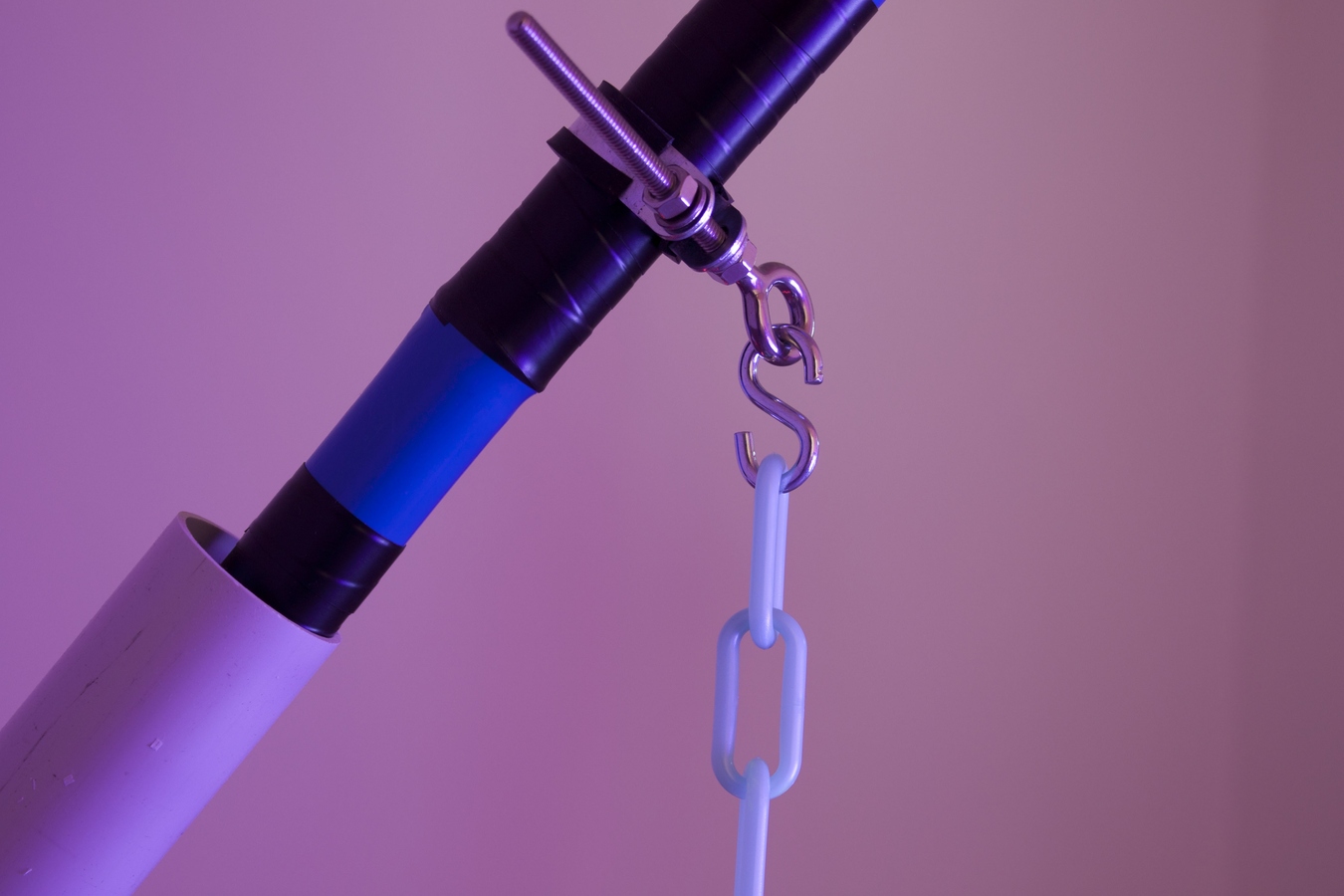 A starting point for the exhibition Urban Aspiration was the experience of curator Vera Mey living in Singapore from July to September 2015 when the city was enveloped in a blanket of haze. Forest fires in Sumatra and the Indonesian part of Borneo spewed toxic smoke and climate-changing greenhouse gases so profusely that the haze spread to Malaysia, Singapore and parts of Thailand. Known as the ‘Southeast Asian haze’, the weather was like a nuclear winter–heavy and humid heat, seemingly endlessly grey and overcast. City dwellers wore facemasks when outdoors and air purifiers sold out in shops. PSI levels reached the hazardous phase (ratings of 317) and were at a level where the government advisory cautioned against conducting work outdoors. Despite this imperative, construction or the progress of the ‘global city’ did not necessarily subside, all in the name of continuing productivity. The only slight impediment to the economy was through the consumer boycott of palm oil and pulp and paper companies that contribute to the forest fires. Eerily, during the weekend of the popular Formula 1 event in Singapore, the haze temporarily subsided.

Sites of extreme urbanisation, such as Singapore, are deeply interconnected with areas that lie beyond the conventional boundaries of the city through flows of capital, resources, labour and, as exemplified by the haze, pollution. Despite the cautionary tales of urban development, the spectacle of city living can be met with an emotional and aspirational ambivalence. In what Lim Sokchanlina describes as a moth to a flame, the aspirational city development can act as a glossy distraction to underlying issues of encroaching exploitation and leisure activities that could negatively change the psychogeography of the city. On the converse is the allure of convenience that contemporary urban development provides through its provision of entertainment and spectacle of urban lifestyle as a distraction from deeper questions of meaning. As a word of warning, on the subduing effects of bright colour and city lights, Lim says it’s like an opiate–until you get too close you don't realise it will burn you.

These ideas circulate globally, and the visioning of the future of cities is a deeply referential process. What urban scholar Saskia Sassen has described as ‘global cities’—that is, the cities that play a role as command-and-control centers in a globalising economy—has become for many urban practitioners around the world a prescription, rather than a description. Effective urban development and affluence is often accompanied by what is perceived as an equally effective control. The ‘global city’, to be emulated and aspired to, is characterised by high-rise buildings, swanky office and commercial spaces, and orderly and controlled green spaces.

Amy LIEN & Enzo CAMACHO have been collaborating since 2009. Their practice has existed through a series of geographic displacements: between their respective home cities of New York and Manila; and recent periods living and working in Berlin, Milan, and Singapore. Accordingly, their work reflects different models of organizing around art—particularly “contemporary art”—both within and outside its supposed centers. They have had recent solo exhibitions at 47 Canal (New York, USA) and Mathew Gallery (Berlin, Germany), and most recently, they were Artists-in-Residence at the NTU Centre for Contemporary Art Singapore and Gluck50 in Milan. They have recently co-authored Near Contact with David Joselit, a publication released by Common Practice in New York, and have started to write Southeast Churva, an online column for Flash Art.

LIM Sokchanlina has been actively documenting and critically engaging with the process of urban change in his native Phnom Penh through photography, video and installation. Lim is a founding and active member of the artist collective Stiev Selapak / Art Rebels (2007-), who co-founded the exhibitions spaces Sa Sa Art Gallery (2009-2010) and SA SA BASSAC (2011-), as well as Sa Sa Art Projects, a community-based, knowledge-sharing platform and experimental residency program (2010-). He recently helped establish Analogue Prints Laboratory, the first public-access darkroom in Phnom Penh.