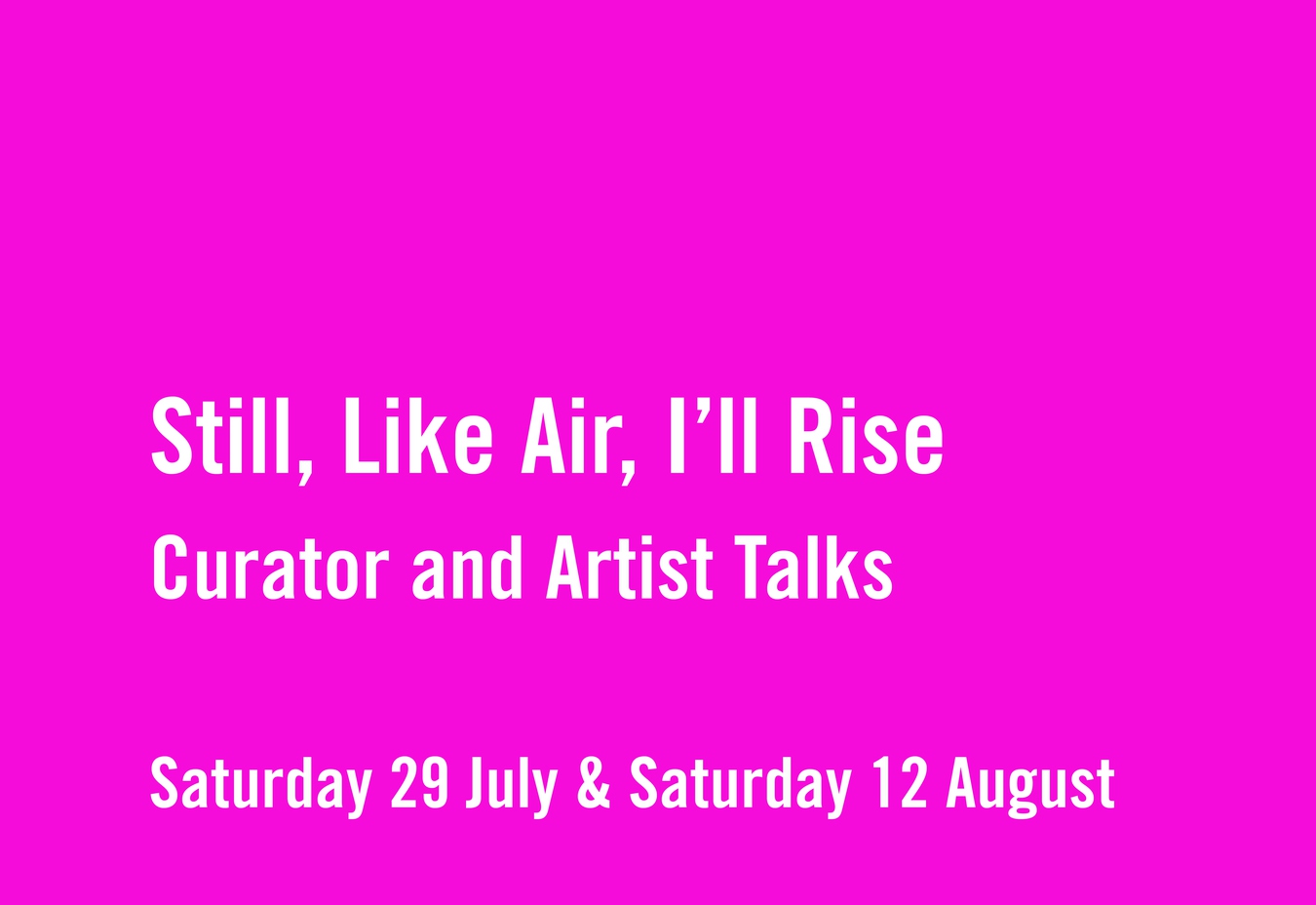 Abby Cunnane will discuss our current exhibition, Still, Like Air, I'll Rise, which she co-curated with Charlotte Huddleston.

The Physics Room is proud to present this exhibition in Ōtautahi.

Esther Ige will discuss her work, 'Even though', which is currently presented in Still, Like Air, I'll Rise.

Working with specific moments in history, Esther Ige’s work in photography, installation, and video engages with the racism that she identifies is still in the ‘blood stream’ of the system now. She is concerned specifically with the prevalence of racism and racist stereotypes and “through symbolic expression, gesture and stance: from declaration, to resistance, to defiance, to protest” her work brings the discussion of the ongoing journey of dealing with deeply embedded systemic structures of racism.