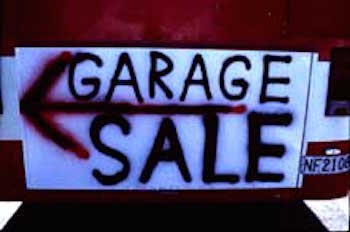 Taking it to the streets!

Working on the theory that if the people don’t come to you - then take it to the people, Art On The Move was a project which aimed to engage a wider public than art galleries have traditionally been able to tap into, by bringing the work out of the gallery and into the public domain. Utilizing the familiar urban landscape of the city’s buses as a ground, this project placed four artists’ projects alongside regular commercial advertising, creating moving billboards which provoked and challenged viewers.

More kinetic than Len, more subversive than sell out, Art On The Move slipped into the minds of the people as the buses rumbled their way around the streets of Christchurch, to an estimated 30,000 people per show. From Ann Shelton’s single shaven head mounted on the back of the bus, stark yet ambiguous, to Paul John’s sensuous renaissance figure, complete with loin cloth, which reposed down one wall, the works were demanding in their engagement with contemporary pop and corporate culture. Butted up side by side with advertising for soft drinks and burgers, these works refused to be reduced to just aesthetics, interrogating, and complicating, the images beside them.

The ‘bad girl’ of New Zealand photography, Ann Shelton has shown at Auckland’s Artspace, Adelaide’s Experimental Art Foundation, and the Centre for Contemporary Photography in Melbourne. Brought up in Timaru, she is currently based in Auckland, where she teaches photography at the Manukau Institute of Technology. Ann’s project showed the image of a single shaven head, photographed from behind, creating an image both ambiguous and provocative. Located in Christchurch, skinhead capital of New Zealand, the image offered questions of

Paul Johns has had a long and productive artistic career in Christchurch, where he has consistently produced work which is critical, complex, and often subversive. Elegant and formal in execution, much of his work has played with the representation of alternative sexualities, producing important social commentary in ways which are good humored and engaging. For Art On The Move Paul’s work, a nude figure on sheeting in a long format, evoked religious and iconigraphic works from history, including the high, and exceedingly homoerotic, art of the Renaissance era.

A Christchurch artist now based in Auckland, Violet Faigan’s most recent return to the South was in Tomorrow People, at the Physics Room, as well as a residency at the Dunedin Public Art Gallery. Highly personalized, her often narrative based works take familiar items (old music, op shop finds) and transform them into beautiful and compelling installations. Her work for Art On The Move was a community based project, where the artist used posters and signs made by local children advertising for their lost pets - PeeWee, Barney, Max, the handmade ads heartbreaking in their sincerity and loss. Referencing the ‘lost children’ campaigns of America’s milk cartons, this work served both a literal social function, and pondered bigger questions of community and public concerns.

Well known nationally as a painter of iconic New Zealand imagery, Tony De Latour is one of Christchurch’s most successful contemporary painters. Playful and assertive, his Art On The Move played directly with the medium of the project, utilizing the buses movement around the city to create a humorous and ever changing tableaux. A giant hand painted garage sale sign pointed from the back of the bus to whatever the bus stopped beside - a suburban house, another car, a corporate facade, drawing them all into the works radar.