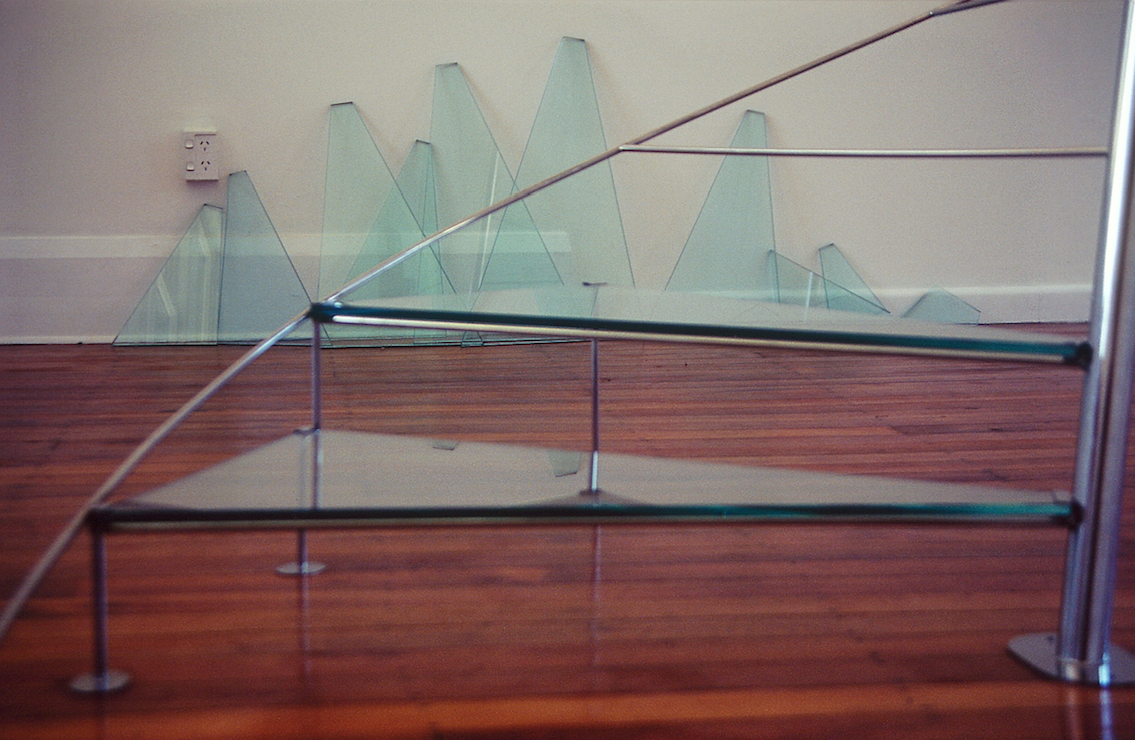 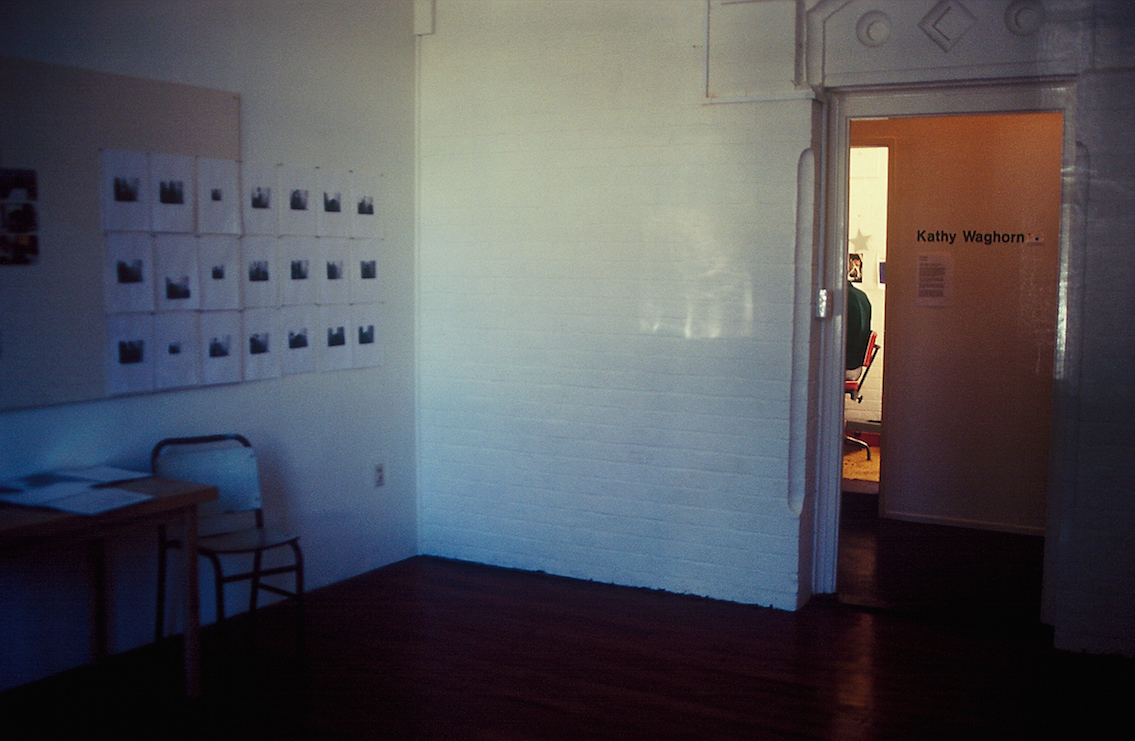 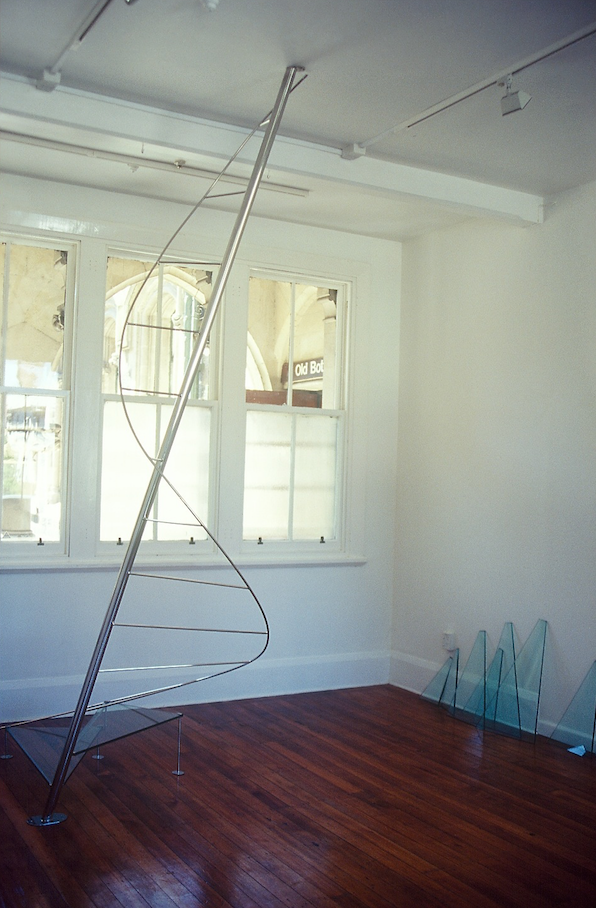 Rachel Logie's Ad Astra takes its point of departure from the spiral staircase that leads to the Townsend Observatory, and becomes itself a work about points of departure. As the artist herself says Ad Astra is: "an installation considering our precarious understanding of the nature of things and our efforts to fathom mysteries and knowledge..."

Unlike the solid traditional practicability of the Observatory staircase, Logie's construction is deliberately precarious. Leaning on a rakish angle with only two of the glass treads in place, no one would dare traverse the territory that Logie is mapping out. Logie suggests there is still much work to be done in humanity's search for absolutes, and her unfinished staircase doesn't just represent the quest for astronomical learning. Logie's work suggests the study of knowledge itself is merely a conundrum, and that the DNA helix of epistemology spirals endlessly, but, like the staircase, remains fundamentally flawed (and floored).

Logie's work is not, however, intended to merely confound the viewer. Delight in construction reflects the artist's roots in architecture. Indeed, the work itself possesses some of the Constructivist's zeal, but as a model for progress the work turns in on itself in a classically de-constructionist moment of self-abnegation.

The materials reflect the nature of Logie's desire (however thwarted) to reach the stars; shiny, delicate steel, and cool green glass enhance the notion that this is a staircase of the mind, and not the body.

The remaining treads of glass wait ranged against the wall in Alpine formation. Perhaps in time they will be slotted one by one into their rightful places on the empty staircase. Until then, they evoke icicles, as if the fruits of knowledge are in a perpetual ice age. Their sharp points also hint at the potentially painful path of knowledge, like Hans Christian Anderson's Little Mermaid, whose cognisance of mankind and transposition from one world to another (sea to land) was marked by the agony of standing on knives wherever she walked. Painful, dangerous, impossible, yet still ultimately tempting, Logie extends an invitation to pedestrian humanity to begin its foolhardy ascent into the skies.