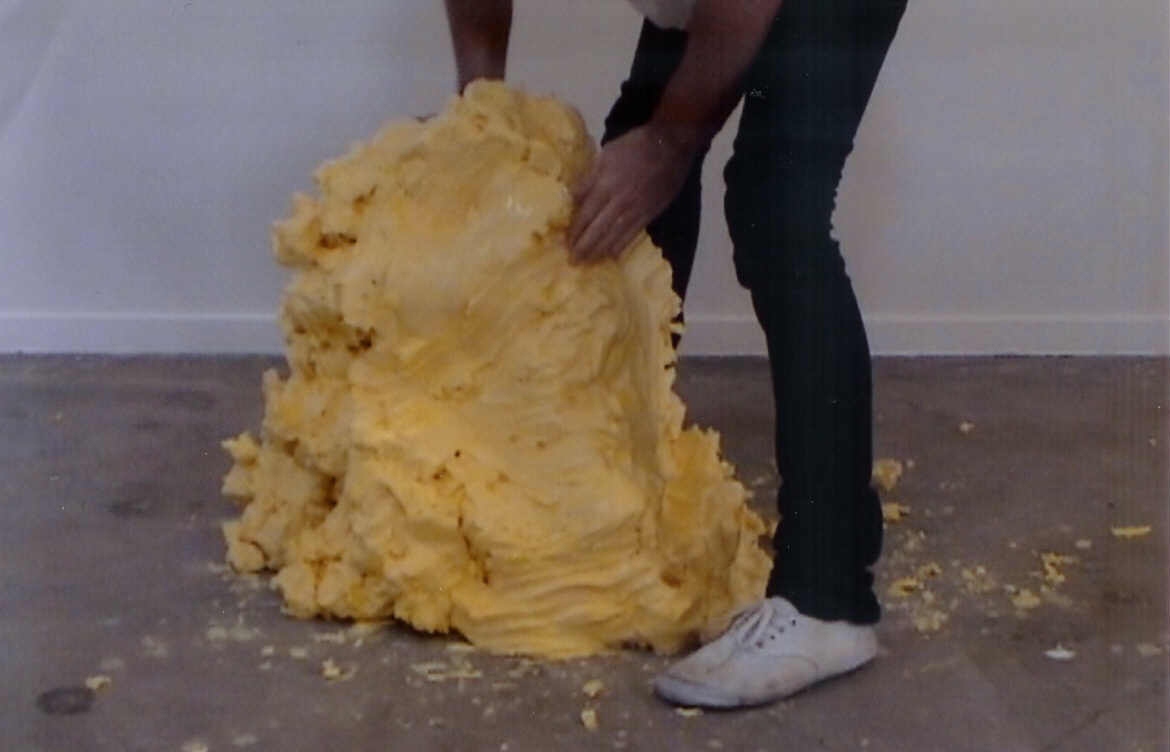 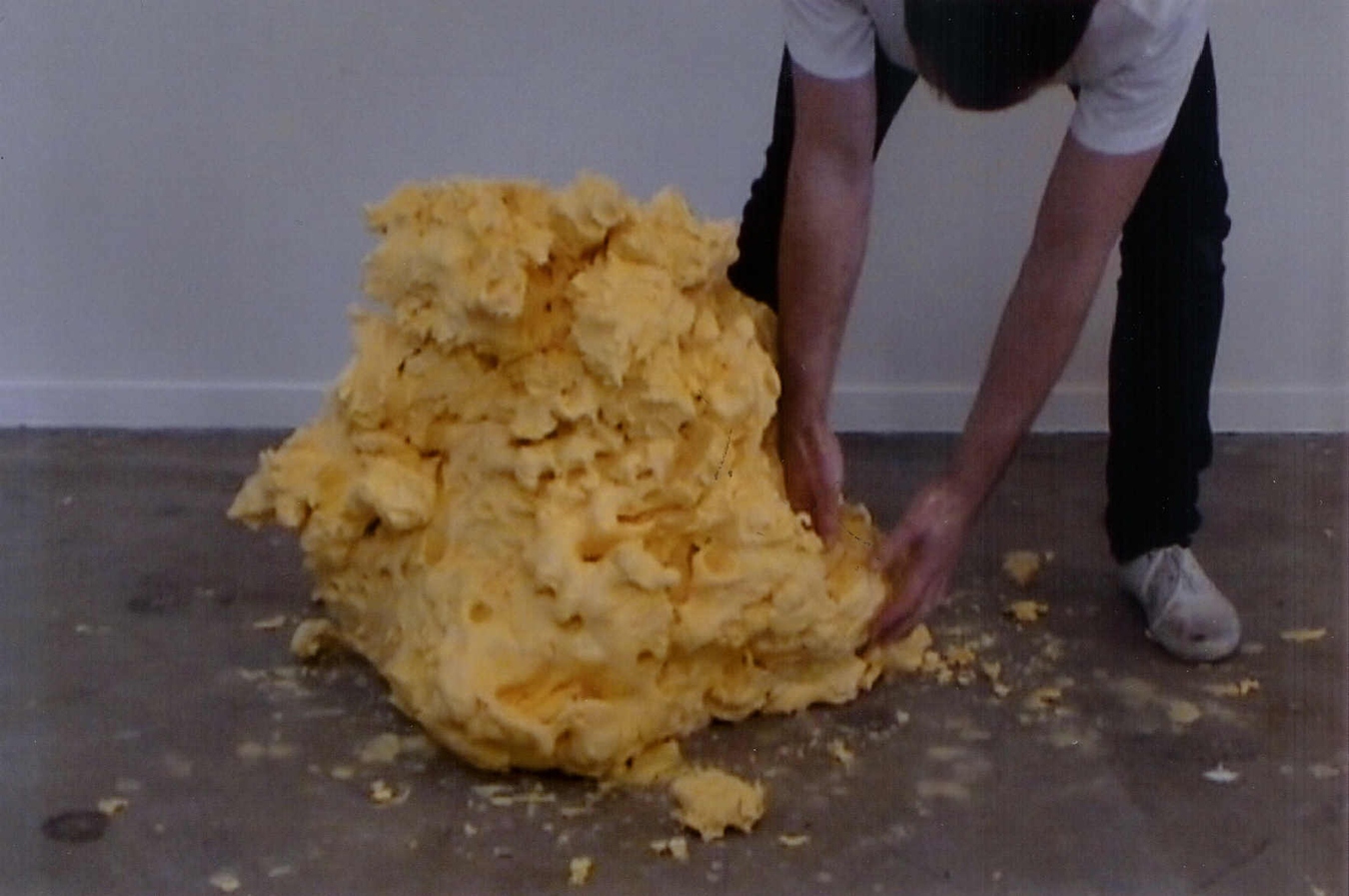 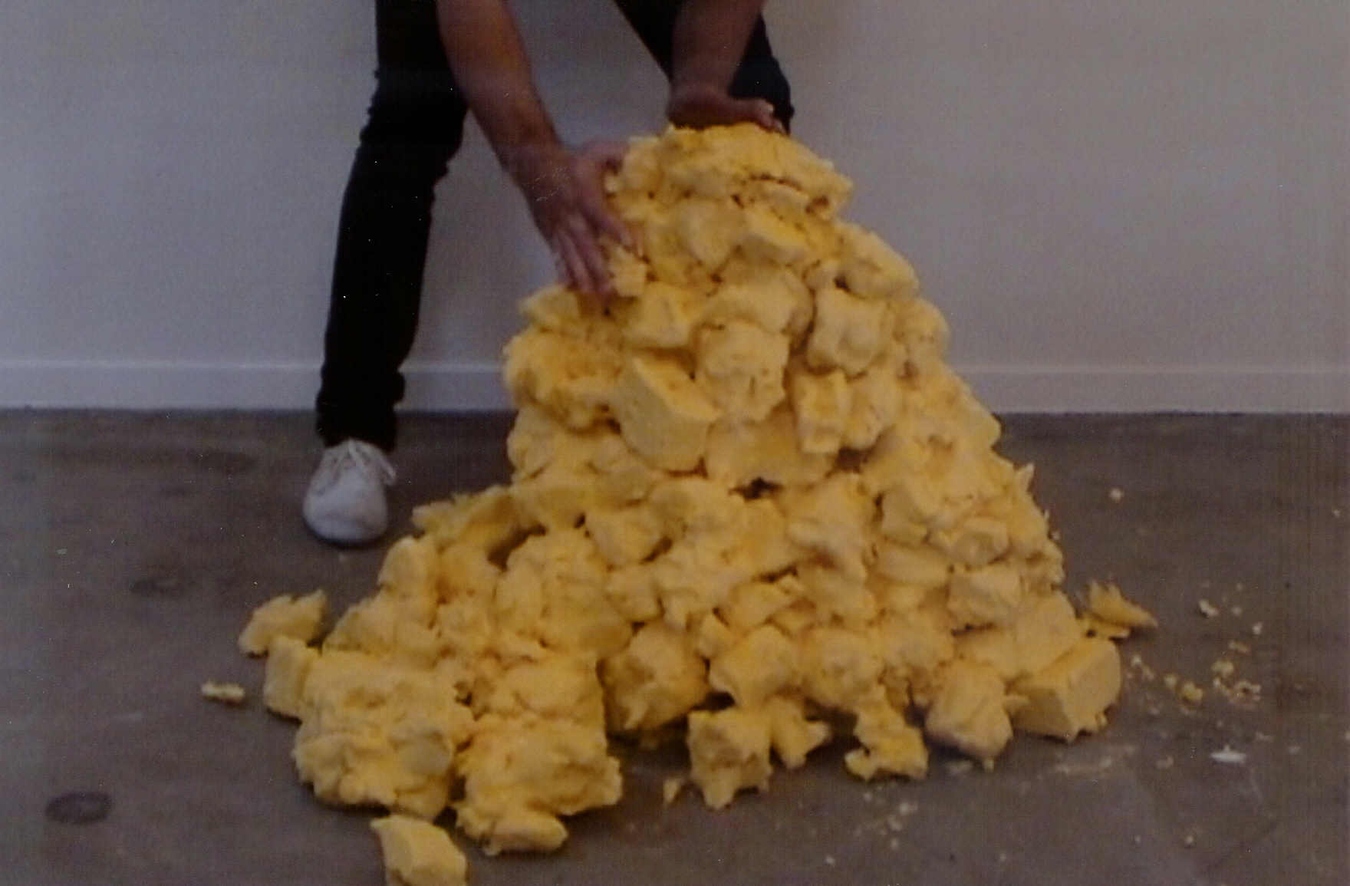 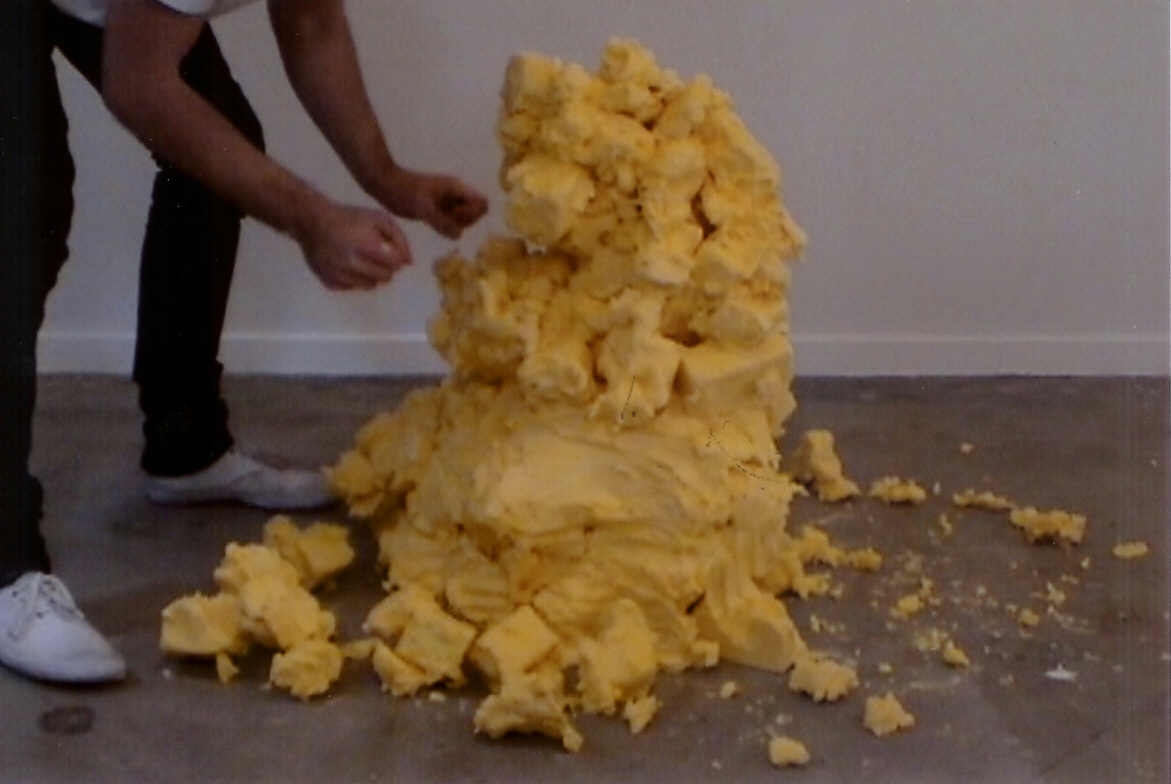 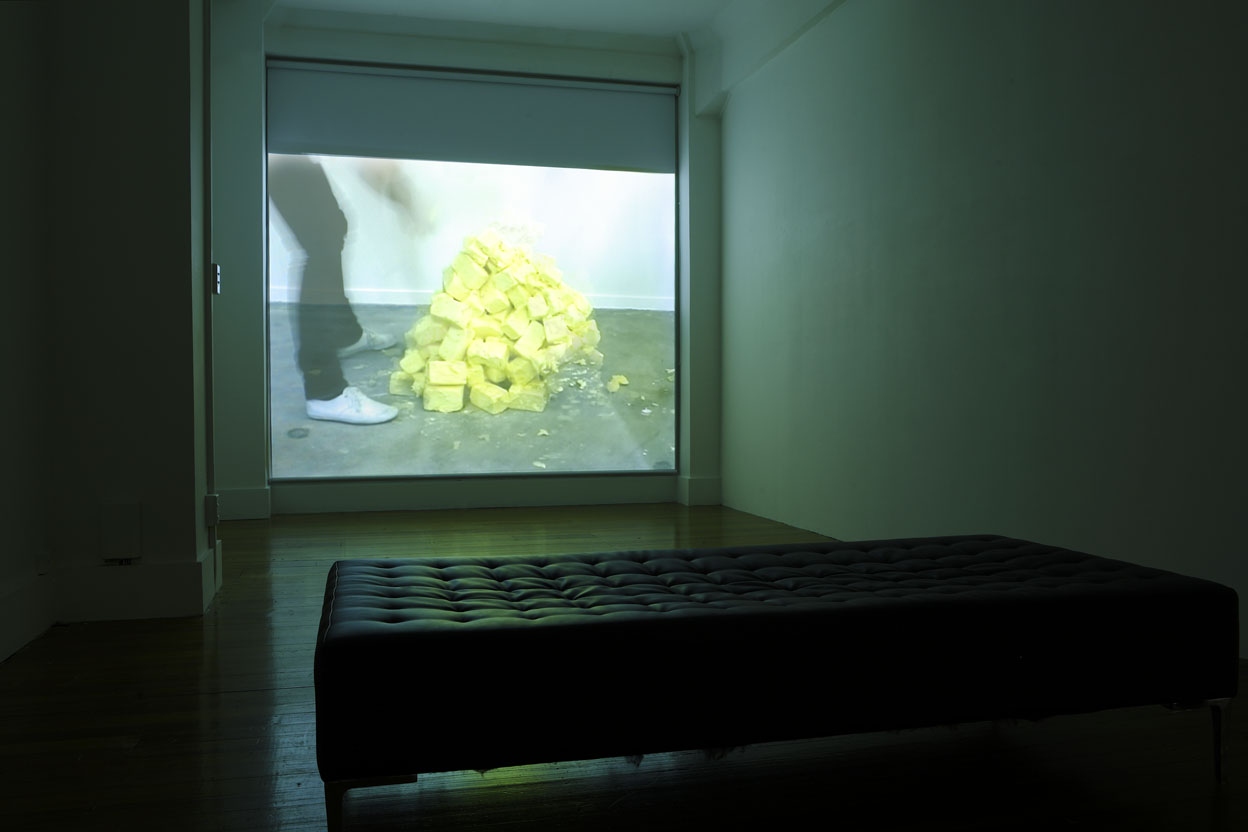 The Physics Room is pleased to present Richard Maloy’s latest video work made during his recent residency at Artspace, Sydney. Yellow Grotto starts with the artist’s weight of butter placed in a 70kg pile on the studio floor and follows Maloy pushing the familiar yellow blocks into one large mass. Throughout the sequence, a direct relationship between the physical nature of the material, the artist’s body, and the physical act of art-making is played out as the butter slowly warms, melds together and is flipped and flopped into different sculptural forms.

Maloy is an Auckland based artist who works in a range of media including photography, sculpture, video and installation. His video works generally have a strong performance element and act as a type of private action made public, which often feature a singular figure taking part in the creative process.

Richard Maloy graduated in 2001 with a Masters in Fine Arts from The University of Auckland and has exhibited widely in New Zealand at museums, public art galleries, artist run spaces and dealer galleries such as the Auckland Art Gallery Toi o Tāmaki, Waikato Museum, Wellington City Gallery, Sue Crockford Gallery and rm103. Yellow Grotto was made possible with the help of a Creative New Zealand Professional Practice Grant and was first shown as part of Maloy’s solo show at Sue Crockford Gallery in Auckland earlier this year. Other recent projects include: Accommodate, St. Paul St, Auckland (2006); Summer Days, Auckland Art Gallery Toi o Tāmaki (2006); World Famous in New Zealand, Canberra Contemporary Art Space, Australia (2005); Remember New Zealand, Sao Paulo Biennial, Brazil (2005) and The Future of Auckland, ARTSPACE, Auckland (2002). Maloy is represented by Sue Crockford Gallery and a number of his works are held in many private and public collections in Australasia, such as the Auckland Art Gallery Toi o Tāmaki collection, the James Wallace Arts Trust and the Ergas Collection, Canberra.