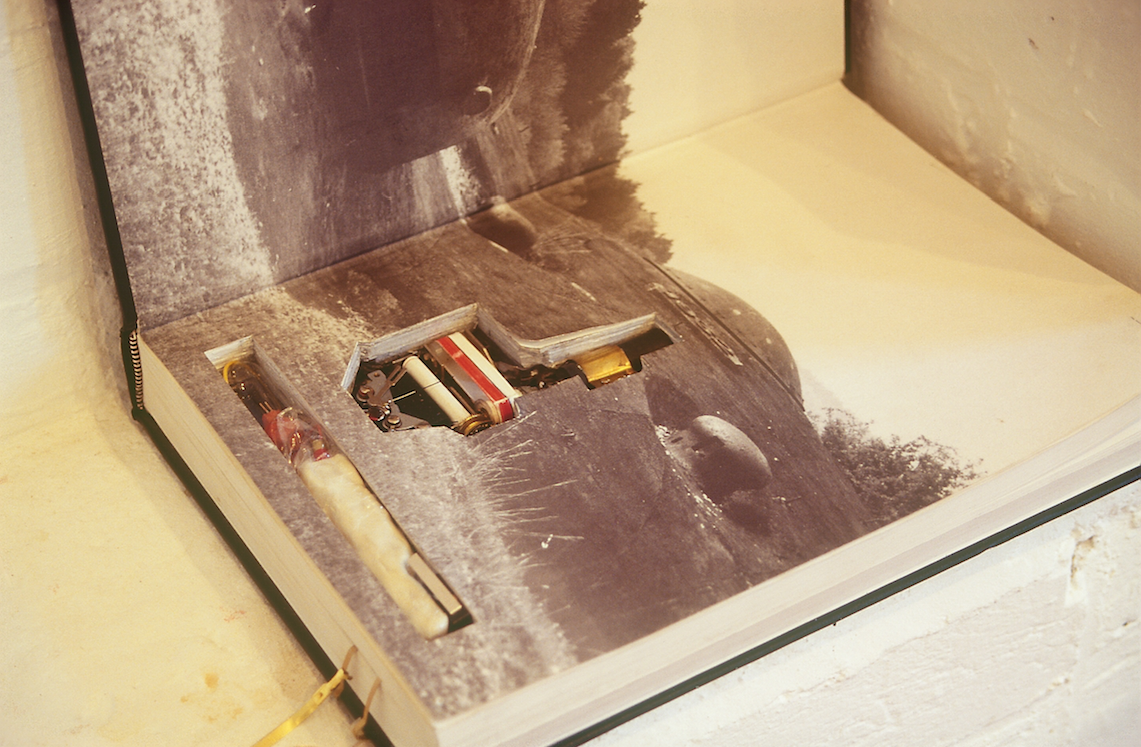 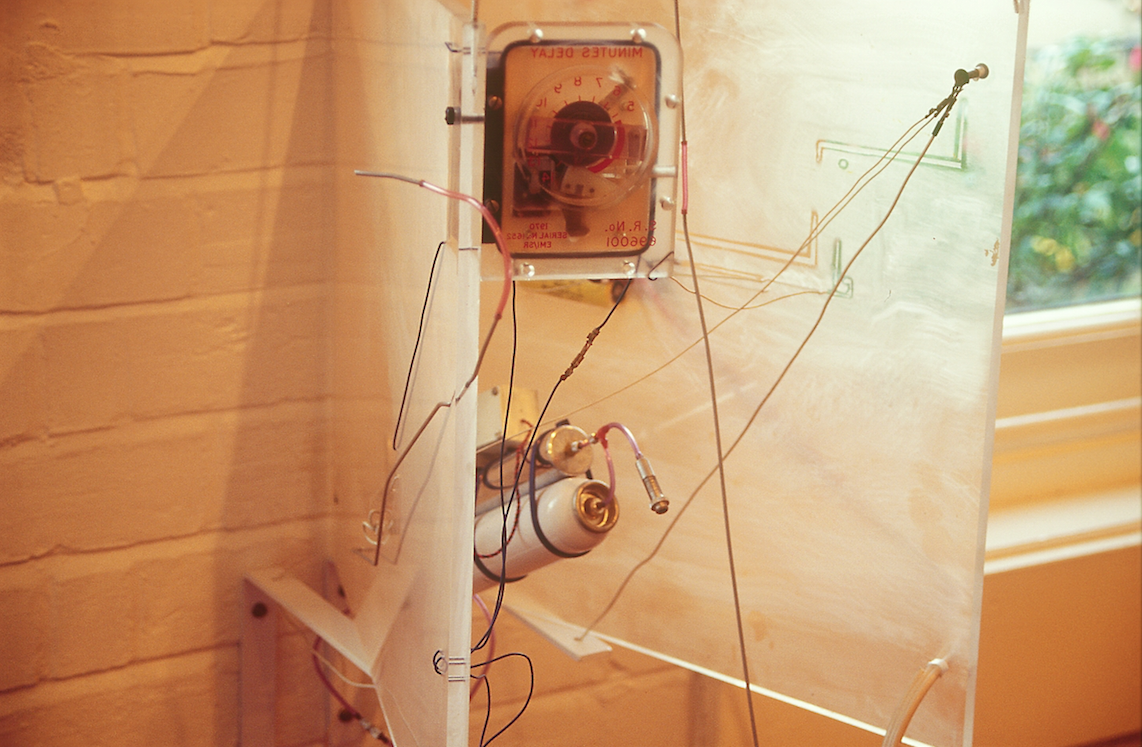 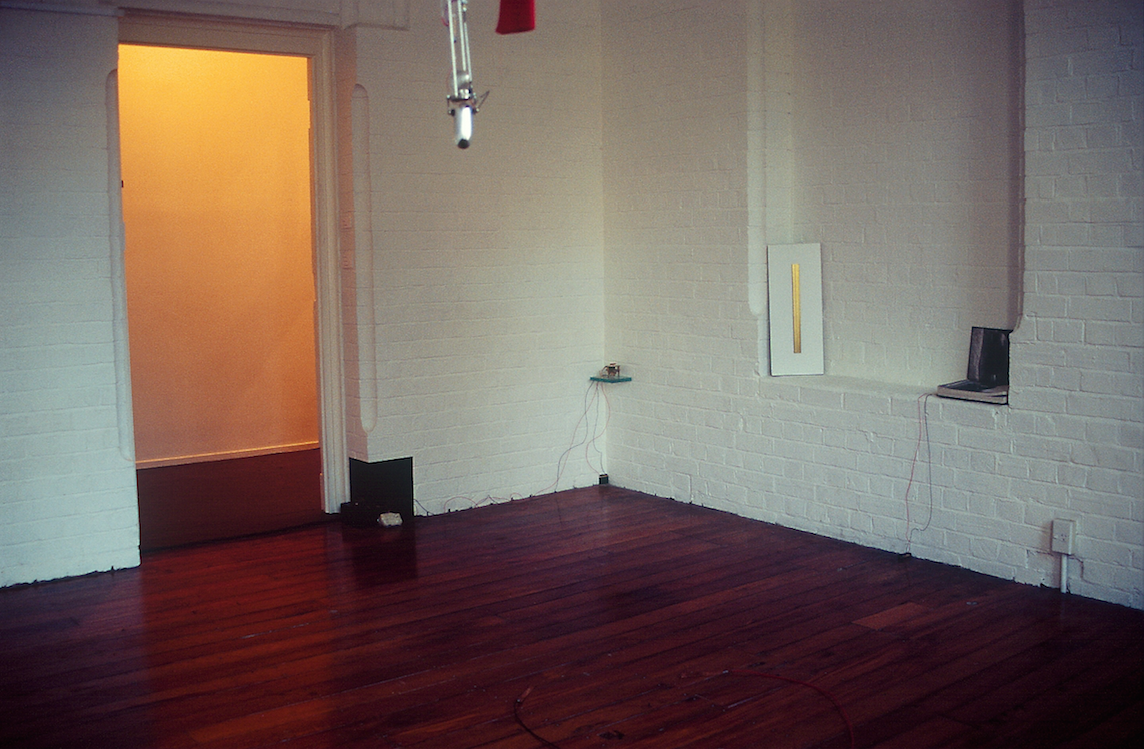 If the intricate D.I.Y. mechanisms that sprawl across the gallery in Kevin Sheehan's installation Thin Connections look a little bit dangerous, we shouldn't be surprised - these are triggering devices, bombs that the artist has made himself. Each of these kitset detonators is a fully operational replica, save for the explosive charge that would allow them to act out their fullest potential as social messengers.

The idea of the artist as a revolutionary instigator of change is inextricably implicated in the various rhetorics of modernism, yet has lost it's potency in recent years, the artist eclipsed by a newer breed of politcally motivated activist who utilises far more direct means to get their message across - the terrorist. Referenceing the language of both art and terrorism, Sheehan's work sits in the uneasy gap between these two competing spheres, and draws our attention to the points at which their ideologies and actions intersect.

In a 1978 critique of the Red Brigade, Umberto Eco surmised that in an information era multinational corporations, nomadically wandering the information pathways, can only be successfully countered with acts of harassment that exploit their own logic: "If there exists a completely automated factory it will not be upset by the death of the owner, but rather by erroneous bits of information inserted here and there, making work hard for the computers that run the place."

In this light Sheehans project appears much like a museology of the outmoded tools of radical resistance, harking back to the heyday of spectacular radical terrorism in the 1960's and 70's, when plane jackings and airport bombings were a dime a dozen.

Yet while this mode of 60's style street level activism is proving fruitless for the left in an age when power has retreated into cyberspace (Critical Art Ensemble have proclaimed that "The streets are dead capital! There is nothing of value to the power elite to be found in the street."), it is being used with increasing effectiveness by the right, who, organised along the lines of militia groups as innumerable interconnected pockets of activity, are modelling new forms of resistance. Chemical and bioweapons are the most trusty companions of the right wing radical terrorist, but as the World Trade Center bombing proved, the humble explosive is still a perfectly adequate method of communication.

Of course Sheehan's bombs confuse readings of radical activism/terrorism as a tool of either the left or the right by deftly side-stepping ideological alignment altogether. Organised in a museumlike manner around the gallery, divorced from their practical environment, they stand instead as aestheticised monuments to the spectre of terror itself - invisible, ever present, and brutally efficient. With building instructions culled from readily available literature, and the sort of construction materials you might find in your garage or basement, these piecemeal triggering devices utilise the vernacular of terror particularly effectively by demonstrating the ease with which they were manufactured. Underscoring this point is the surprising fact that Sheehan was able to import his bombs into the country simply by assuring suspicious customs officials that they were artworks, not guns as they had first suspected.

By offering artists the means of resistance, Sheehans work throws down a challenge to it's audience. But operating under the sign of late capitalism, and dependant on it's mechanisms, what artist is going to cross that fatal line?