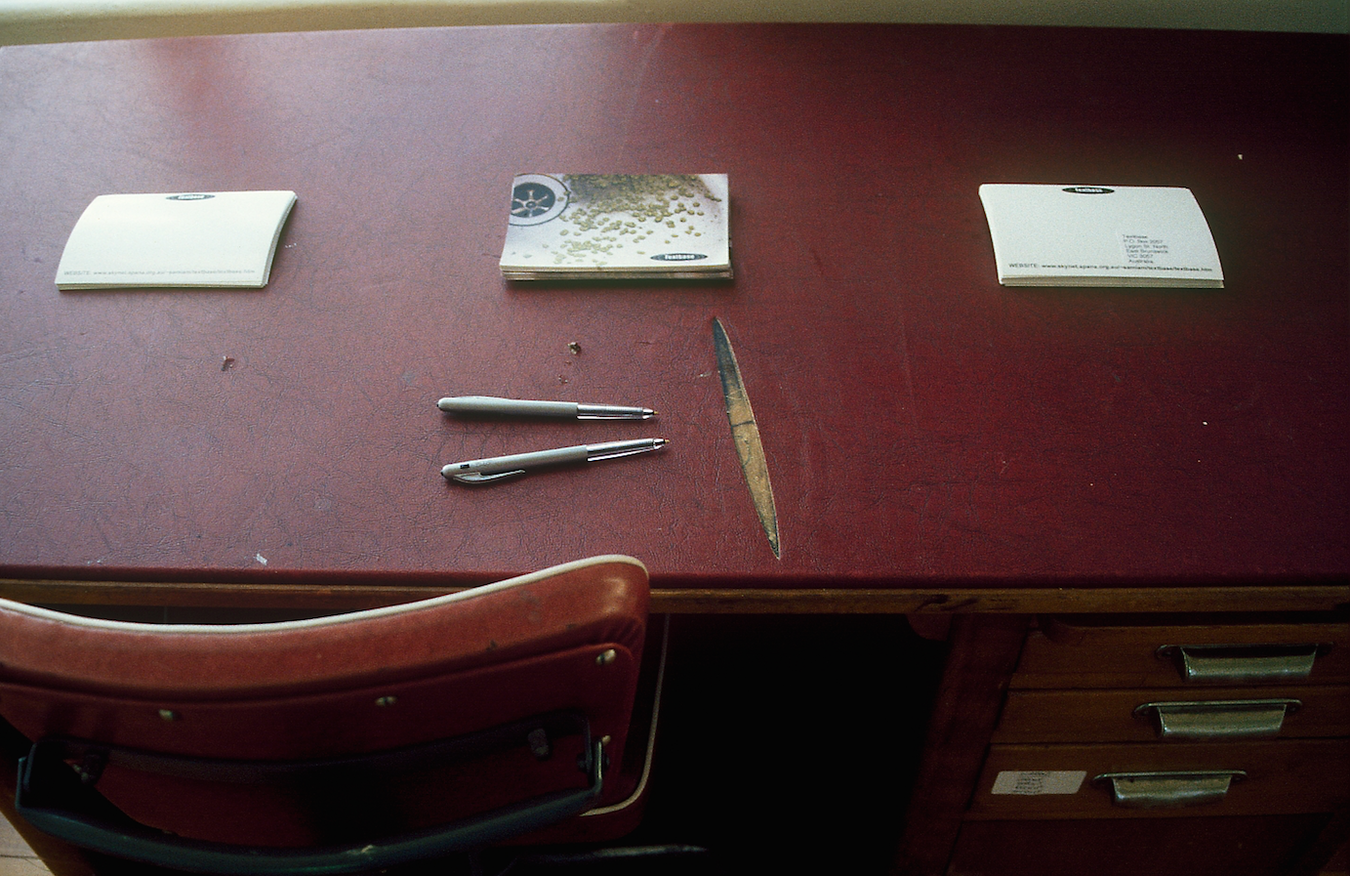 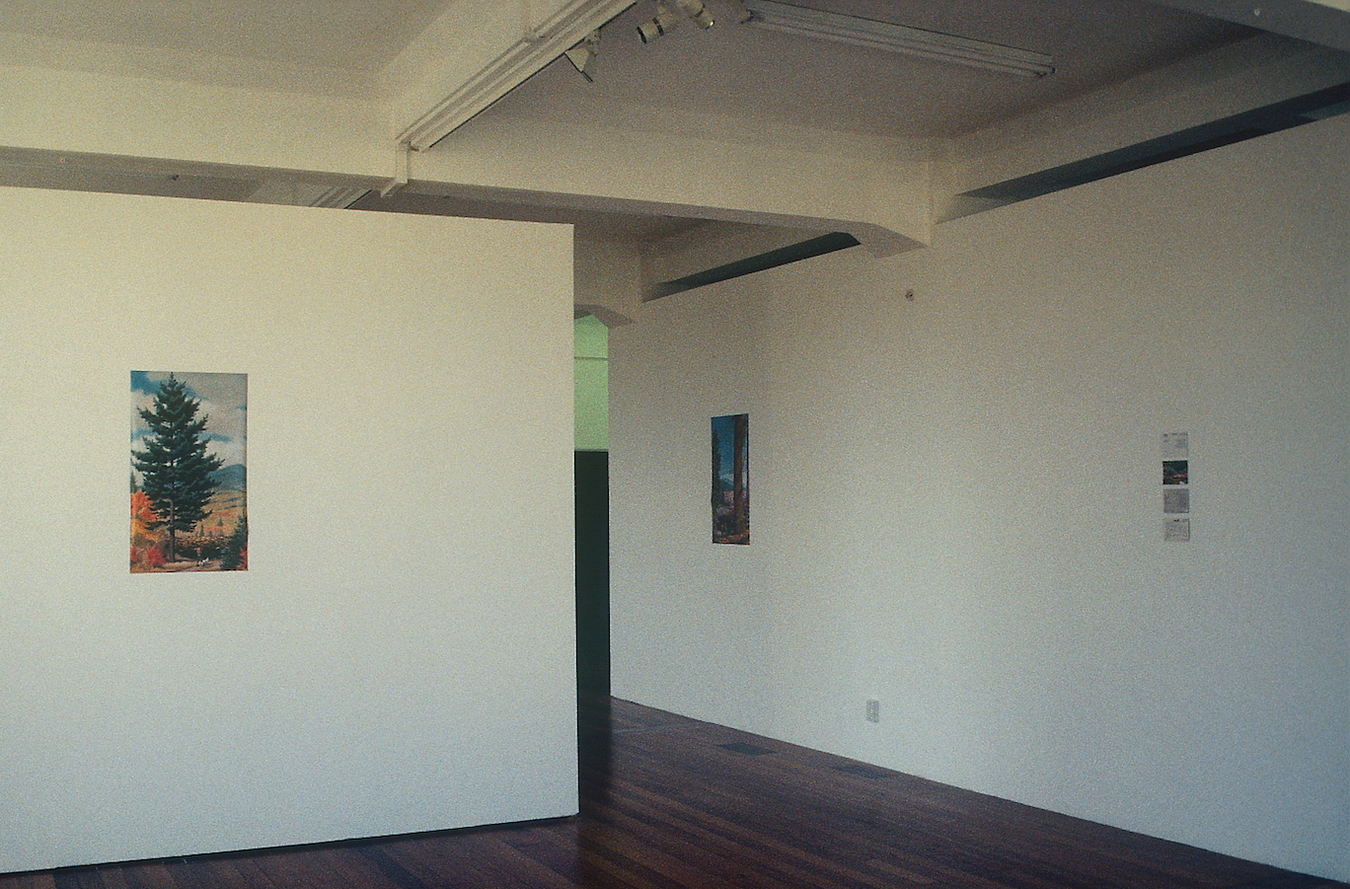 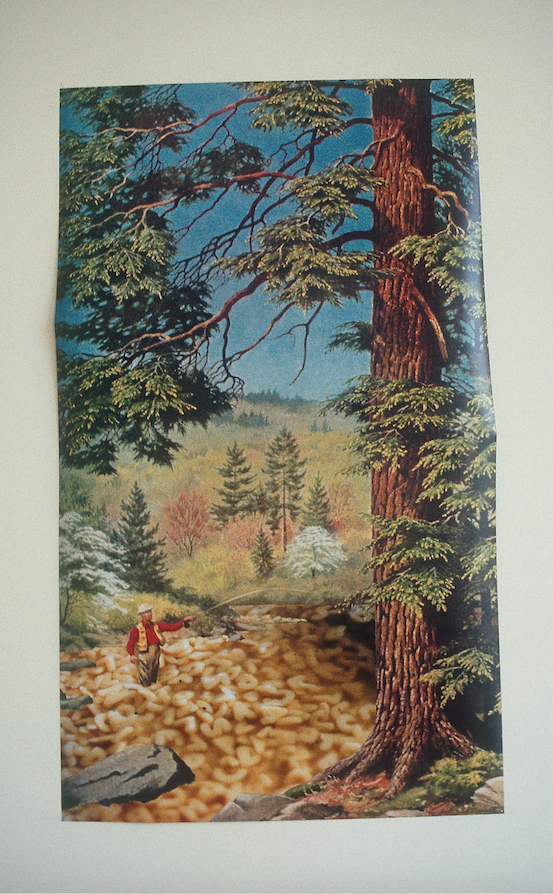 Entering into an untouched plateau
My eyes settle the land
The field is altered, irrevocably
Frontiers fill and flow
I write it down to hold it still
so I can look at it again
the field is framed, recoloured,
the wave-motions reformed
Language coagulates, thickens
At certain points rupture
Text bubbles to the surface
Textbase, 1999

Textbase is a collective of Melbourne based writers and artists who have been exhibiting and publishing since 1996. Disillusioned with the way that text and writing are sidelined within the gallery, and made subordinate to the art object, Textbase aim to redefine our understanding of text within the artworld. Initially formed in partnership with 1st Floor gallery, Melbourne, as a means to include writing as an integral part of the art space's operations, as Textbase developed they moved their project into other arenas outside of the gallery. Since 1996 the group have produced collaborative exhibitions, catalogues, radio shows, and journals, and with plans freshly hatched to make bumper stickers, coffee mugs, and other consumable goodies, Textbase are expanding the limits of writing about art, into art. Their exhibition at The Physics Room, Echoes, ripples, and buzz'd whispers, continues this examination of the role of text in the artworld, and in the commodification of art.