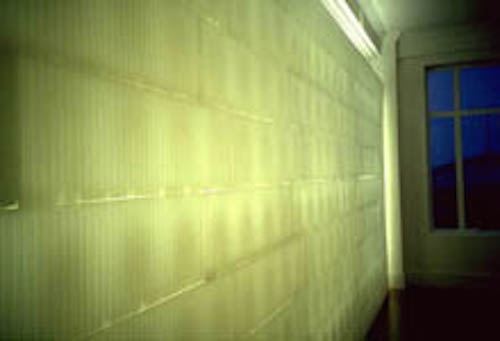 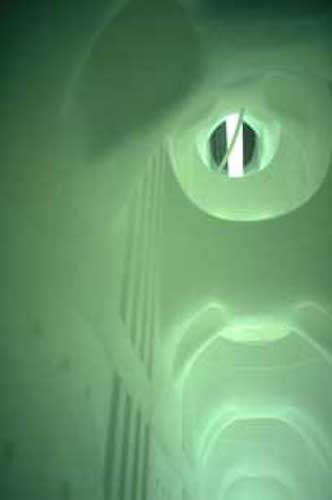 Auckland based artist Stella Brennan's work demonstrates a fondness for objects, articulating what she has described as a 'nostalgia for the future' in a show curated for Artspace Auckland earlier this year. Examining ways in which we envisage and consume the future through mass-produced objects, her practice is concerned with the materiality of objects, their substance and hidden beauty. With the fervor of an ardent collector, Brennan presents her strange assortments of objects, amassed from a vast array of domestic and industrial sources. Often reproduced as cast rubber, the objects are weirdly removed from their original practical uses, abstracted into alien artifacts.

For the Physics Room Brennan worked with local manufacturers INSULFORM, transforming the functionality of their building products into an amorphous, illuminated wall, filling the gallery space and dividing it. From deep within itself can be heard a distinct rumble, often indiscernible over the traffic noise outside. At a height only just too high for viewers to crane a look over, and with a tiny gap affording the viewer a tantalizing glimpse down the side, a tension builds between what the viewer is allowed to see and what lies behind.