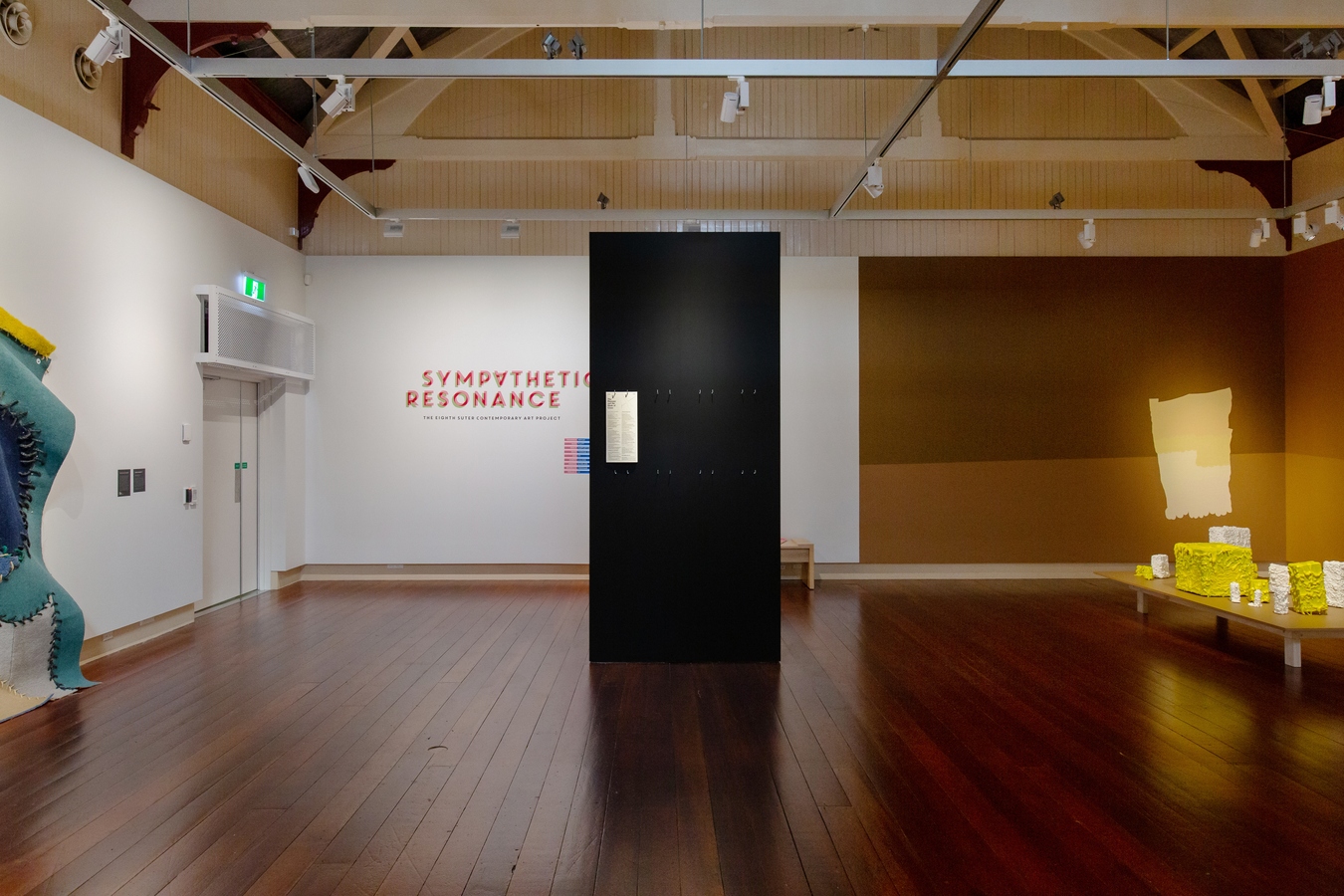 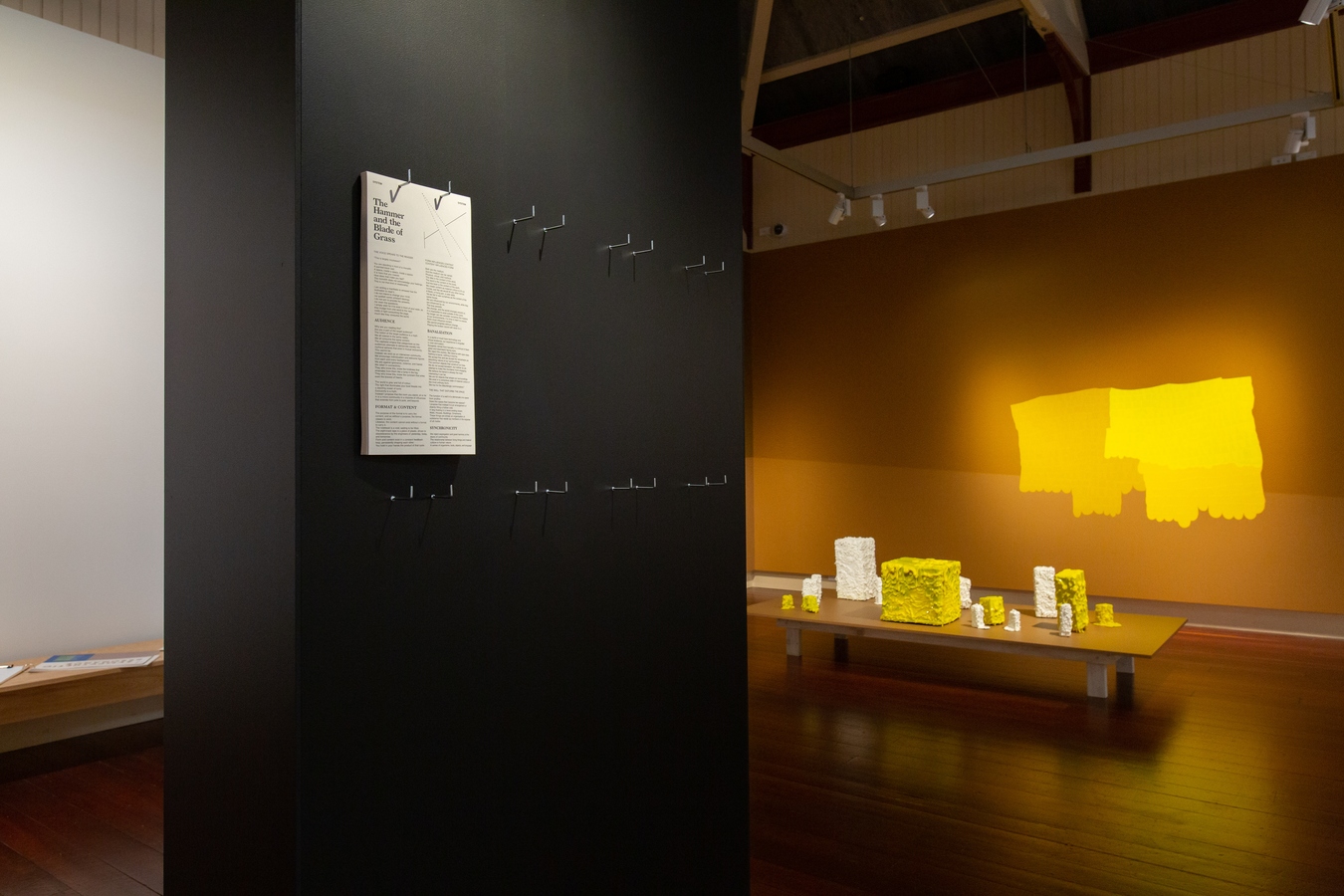 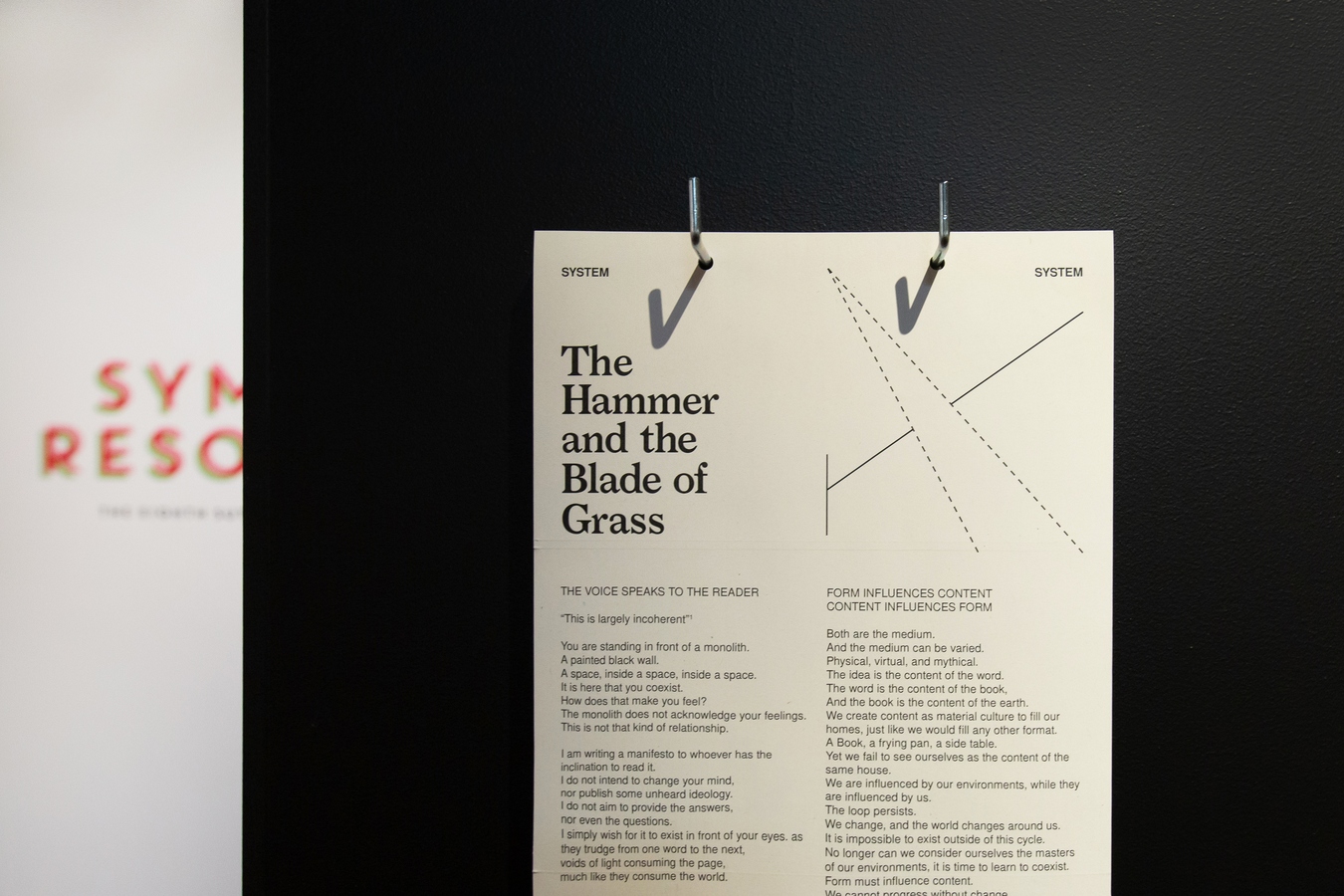 As part of The Physics Room's continuing itinerant programme of partnering with galleries around Te Waipounamu the South Island, we have organised a response to Sympathetic Resonance from three Ōtautahi-based artists: Daniel Shaskey, Luke Shaw, and Phoebe Hinchliff.

Sympathetic Resonance is the eighth in a series of contemporary art projects at The Suter Art Gallery. The title refers to the unseen relationships that connect people, objects, places and times. The most well-known example of this phenomenon is two tuning forks being placed close to each other, when one is struck and then muted the second unstruck fork will begin vibrating. Using this analogy the exhibition deconstructs the hierarchies that tether art to medium, place, and time.

Shaskey, Shaw, and Hinchliff all work with practices that involve recording or documentation, and their contributions concern the transmissive qualities of various media. Referring to this idea of transmission and reception, as well as the provocation from Curator Sarah McClintock regarding the rejection of time and space as a limitation on producing and creating, the three contributors will stagger the temporal presentation of their work: one artist responding to the next to create a kind of feedback loop that will play-out over the course of the exhibition. Shaskey's System to system appears first, a new work will then be added by Shaw, who will be followed by Hinchliff. At this stage, no limit has been set on the number of works / responses that will be presented throughout Sympathetic Resonance.

System to system pairs chapterised content with a time-delayed distribution method. The text in each chapter combines the assertive voice of the manifesto with the idea of unseen connections. The printed chapters are hung on a black monolith which resembles everyday surfaces like bollards, kiosks, and noticeboards that hold information around the city. However, in the gallery the monolith itself becomes an object that demands attention. Throughout the exhibition Shaskey will continue to add content to the monolith, with each chapter influencing the next and so on.

Daniel Shaskey is a designer and artists’ publisher who graduated with a BFA from the Ilam School of Fine arts in 2018. Shaskey’s practice walks an intersection of disciplines amongst art, design, craft, and literature to produce books that explore ideas around virtuality, physicality, speculation, and cybernetics. Taking a particular interest in our relationships to objects and their relationships to us; each book has a specific relationship with its reader.

Phoebe Hinchliff is studying towards a BFA(Hons) for 2019 at the Ilam School of Fine Arts, University of Canterbury. Her research-based practice and fieldwork is currently concerned with investigating the connections between bodies, both human and landforms, and the relationship language has with the land. This year her work was shortlisted for the Zonta Ashburton Female Art Award 2019 and shown at Ashburton Art Gallery. In 2018 she was a recipient of the SELECT Award at Ilam School of Fine Arts.

Luke Shaw is a sound artist based in Ōtautahi Christchurch and is studying towards a MFA at the Ilam School of Fine Arts, University of Canterbury. He completed a BFA(Hons) in 2018. His current research focuses on the expressive potentialities for cinema when it is rethought as a primarily audible medium. He is also a member of the guitar duo The Opawa 45s.

Click here to listen to Art, Not Science Episode 12
Daniel Shaskey, Luke Shaw, and Phoebe Hinchliff discuss their work in both Domino Domino and Sympathetic Resonance.