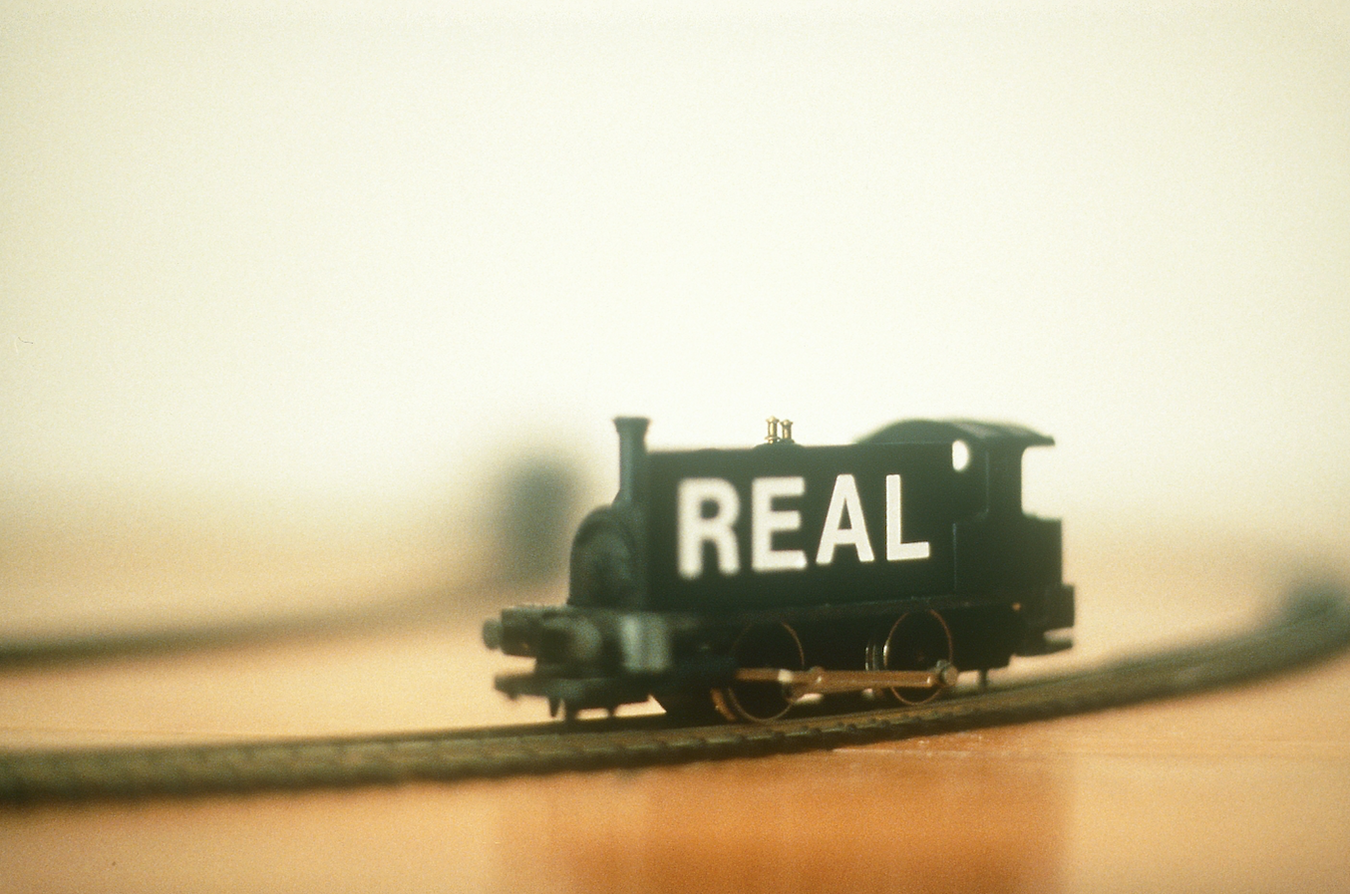 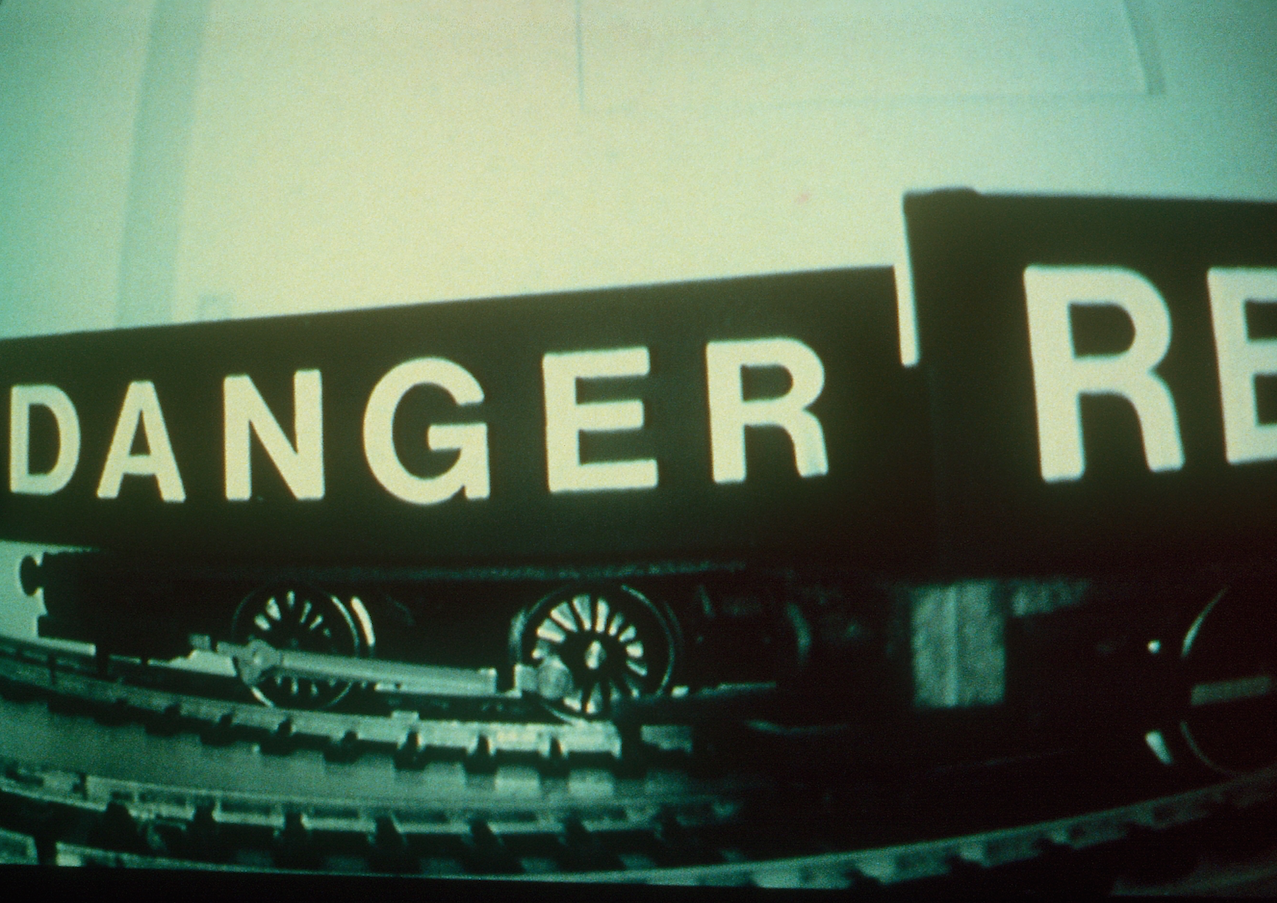 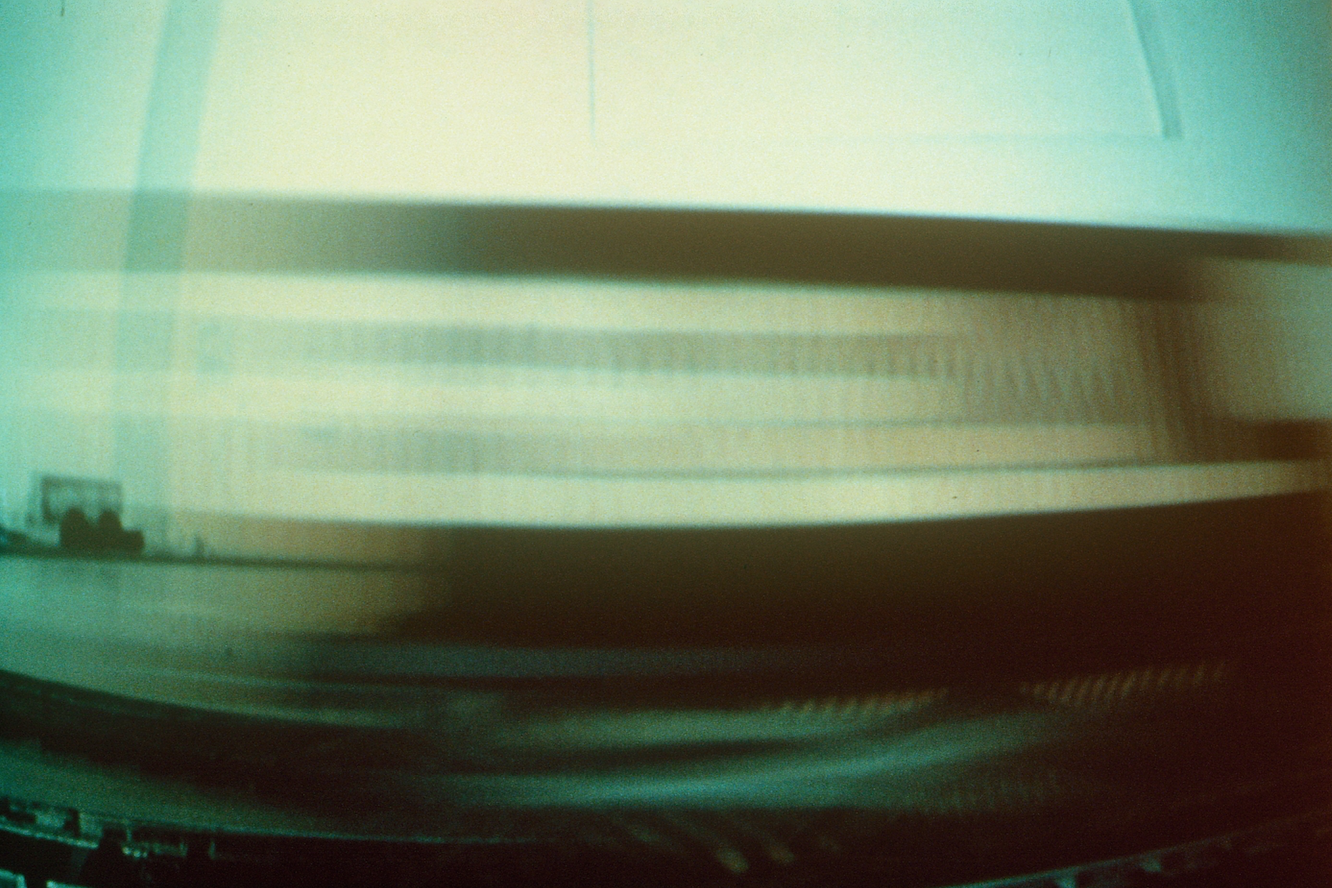 Sydney based artist and writer Alex Gawronski is one of the co-founders and administrators of artist run space Blaugrau, a year long project dedicated to promoting work which is ‘explorative, experimental, multi-dimensional, political, playful and open-ended’. Alex has created two projects for The Physics Room, REAL DANGER, currently showing in the projection room of the gallery, and Blizzard, which kicks off the beginning of The Physics Room’s curated series at the Kiosk.

In REAL DANGER, a full screen projection shows two trains nearly colliding in continuos repetition, one train bearing the image REAL while the other declares DANGER. Behind the projection’s screen can be seen the actual toy trains, crossing as they traverse two intertwining circular tracks, captured and projected by a closed circuit video system, and caught in perpetual motion.

REAL DANGER works on multiple levels, operating as a visual pun which plays on an absurd humor of artificial illusion, the ‘real danger’ suggested merely a mirage. Historically it references the first film images ever publicly presented - a steam train entering the Gare St Lazare as filmed by the Lumiere brothers in the early 1900’s. As a machine the work refers both to the means of actual physical travel as well as the representation of the phenomenological spectacle of motion for its own sake. In this context the words REAL DANGER animate metaphorically a moving yet historically static (outdated) technology.