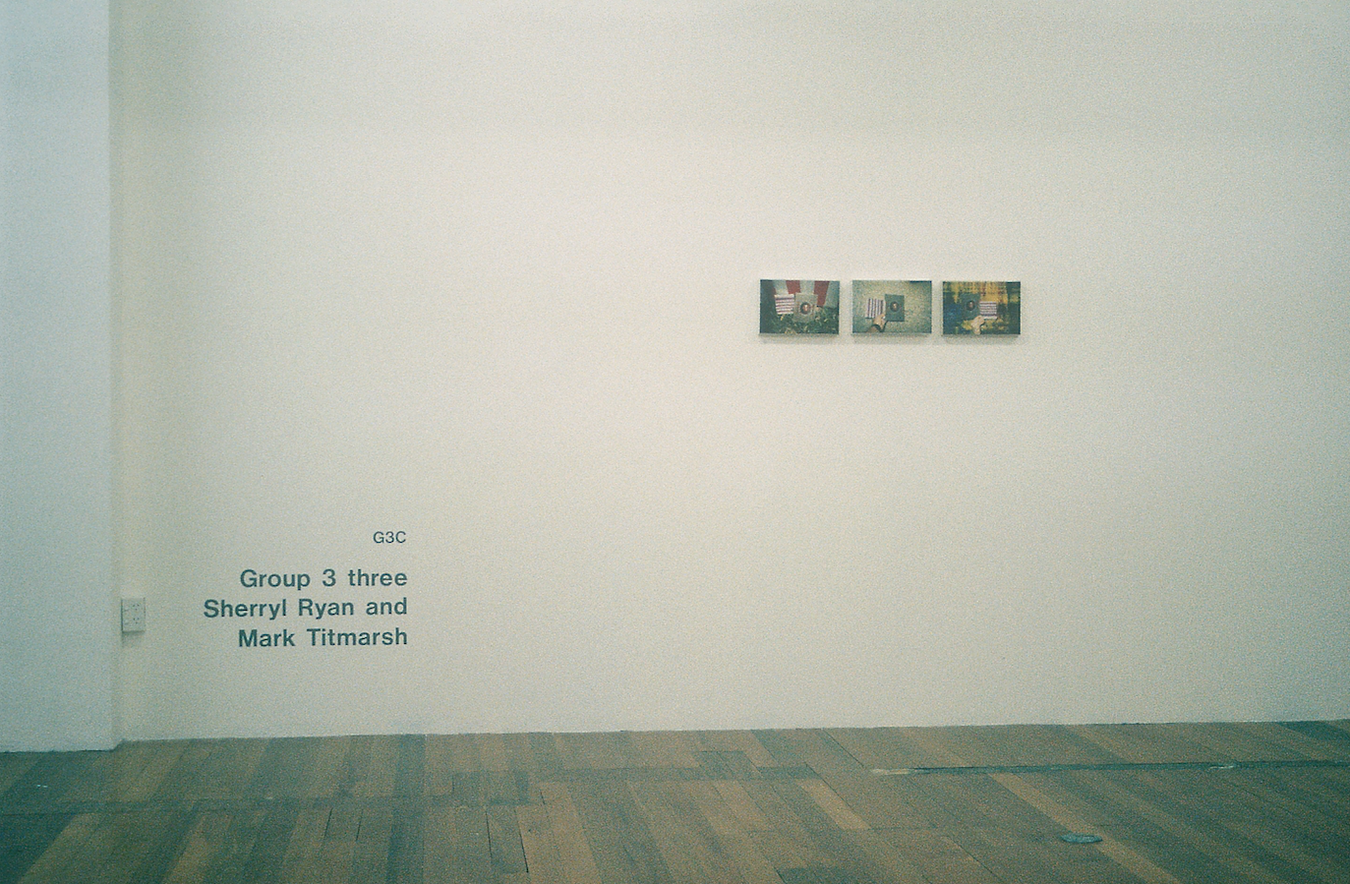 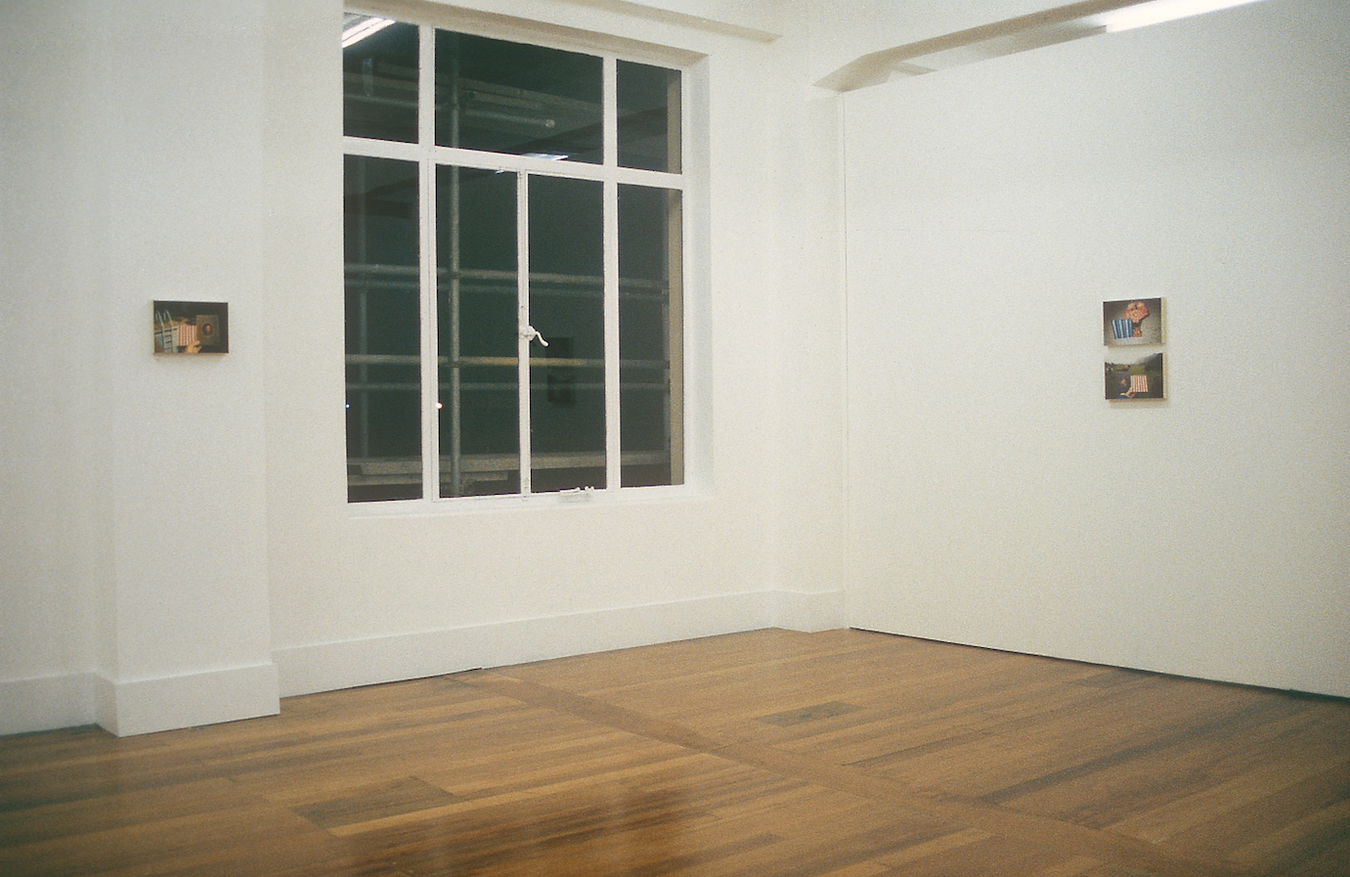 'I have arrived
I am home
in the here
in the now.
I am solid'
Thich Nhat Hanh

Group 3 three is a name derived from a 1960s English avante garde collective who aligned themselves to Russian Futurism and a type of art that had no original and looked engineered. Our collaboration evolved out of a prior association in Art Hotline and consists of Sherryl Ryan, Mark Titmarsh and a third term which is an obtuse or supplementary meaning that comes into play whenever our work interacts. This third term speaks in a low voice and is somewhat disguised. It is more emotional than visually specific and represents a drifting away from obvious meanings in the work of Ryan and Titmarsh.

Initially we install individual paintings next to each other at a chosen site and document them photographically. Later the photograph is enlarged by lasercopy, laminated onto canvas, stretched, varnished and exhibited. To date we have installed works in Sydney, Central Australia, India, Egypt and Europe. Our common ideal is to explore the limits of painting and the limits of self. Painting is shown to be fugitive and amorphous in that it may be created by needlework or constructed like an object and mediated through photography and other reproductive techniques. Painting becomes craft, object, installation, tourism, photography, xerography, publishing and finally acquires the appearance of painting.
G3 March 1999