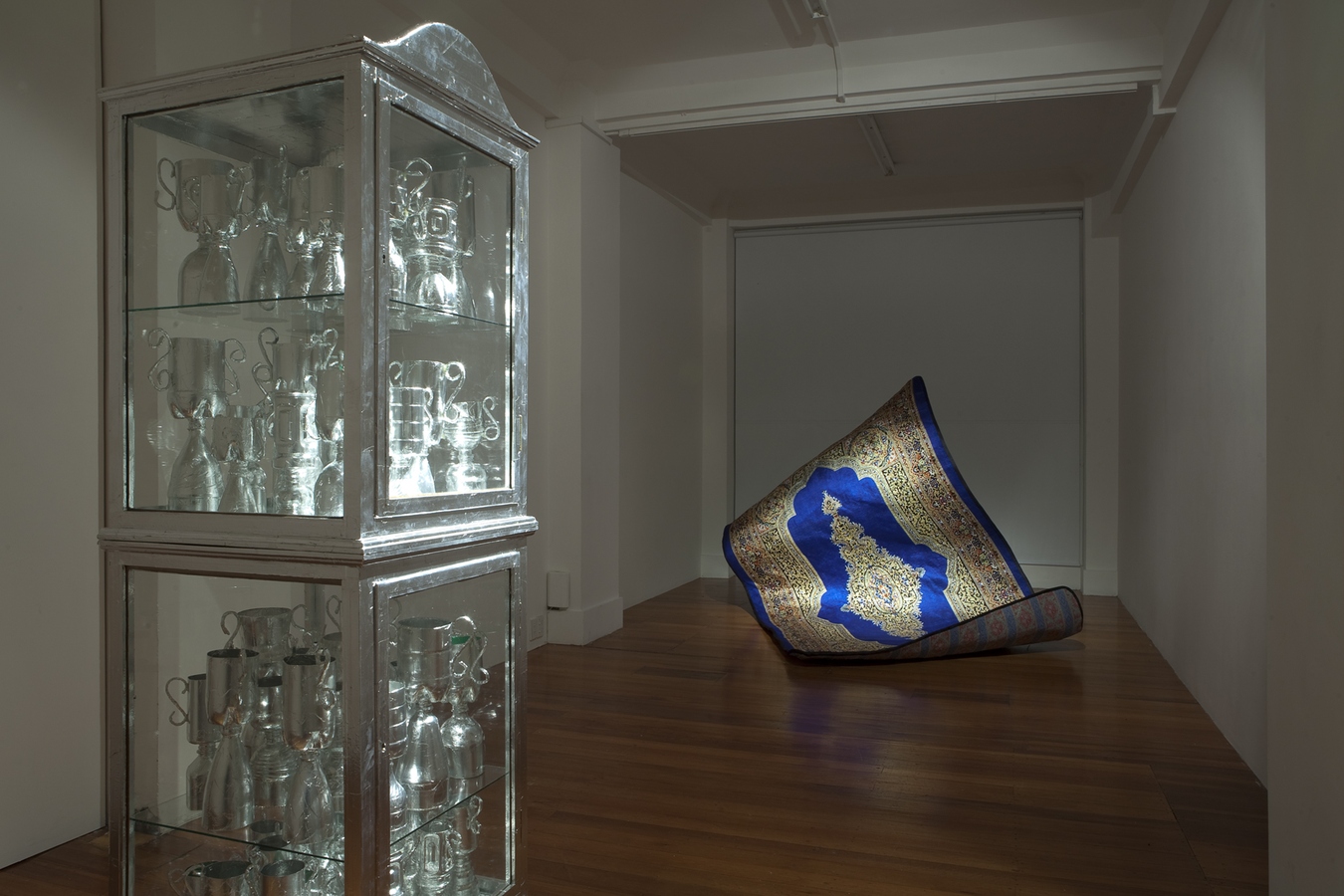 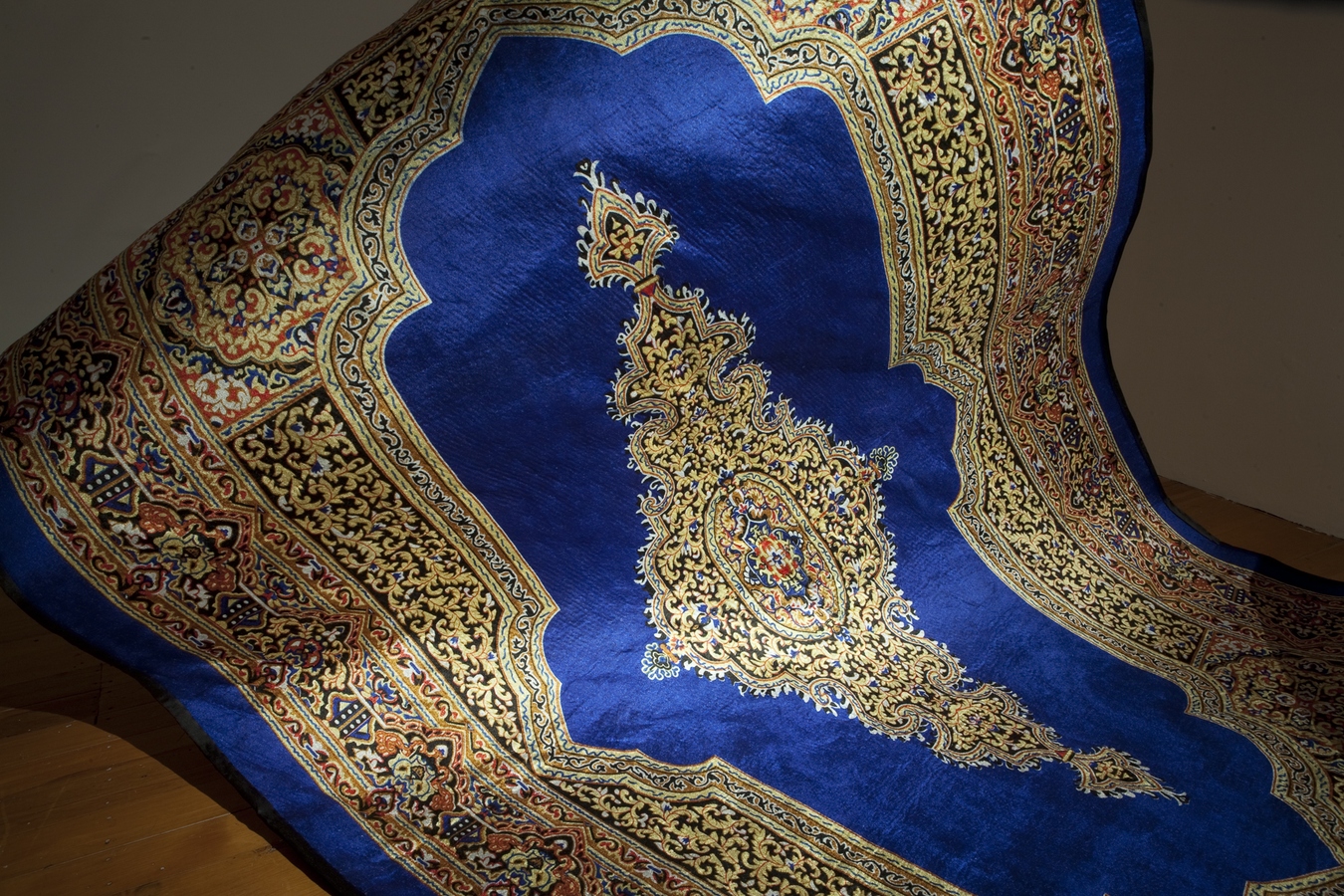 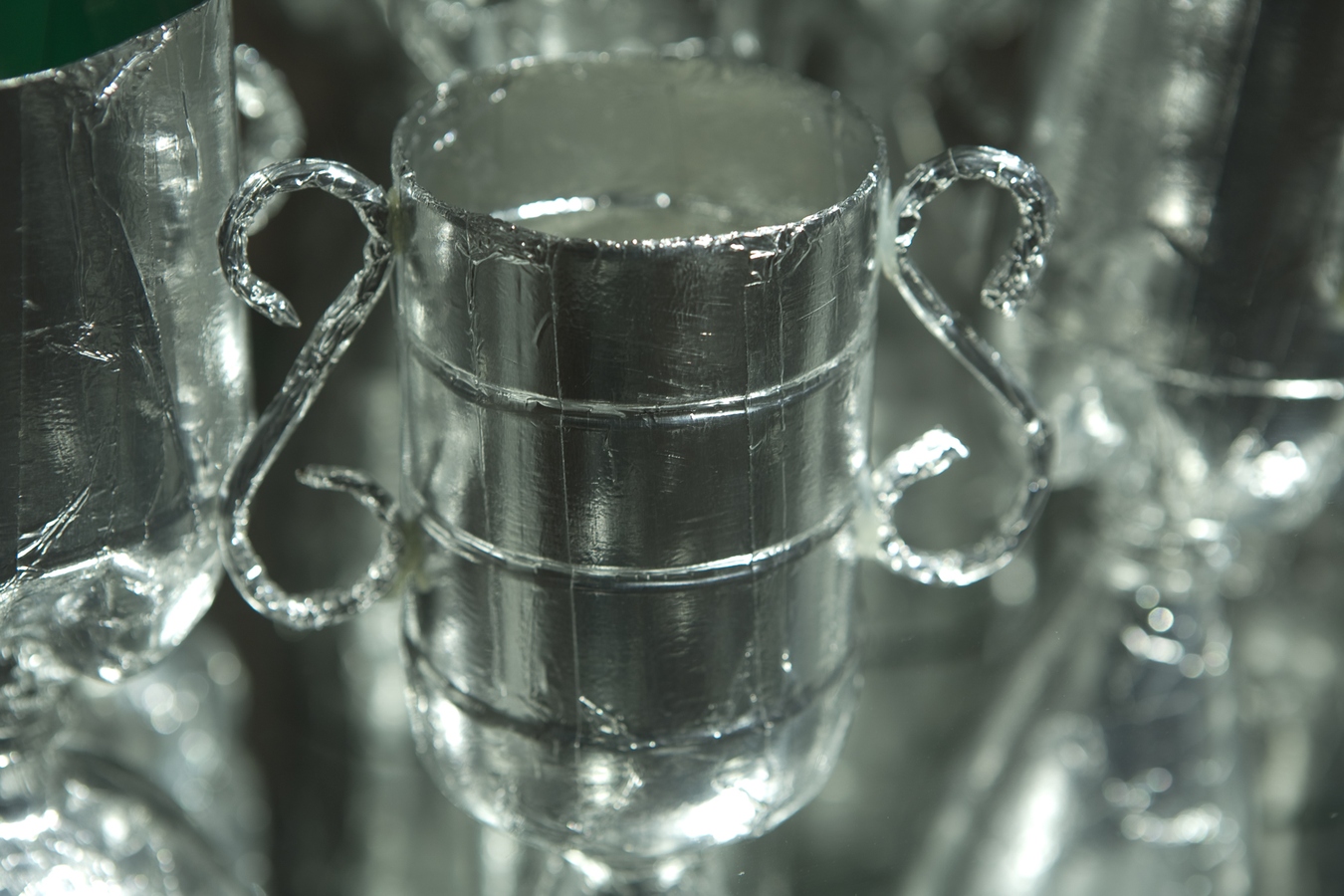 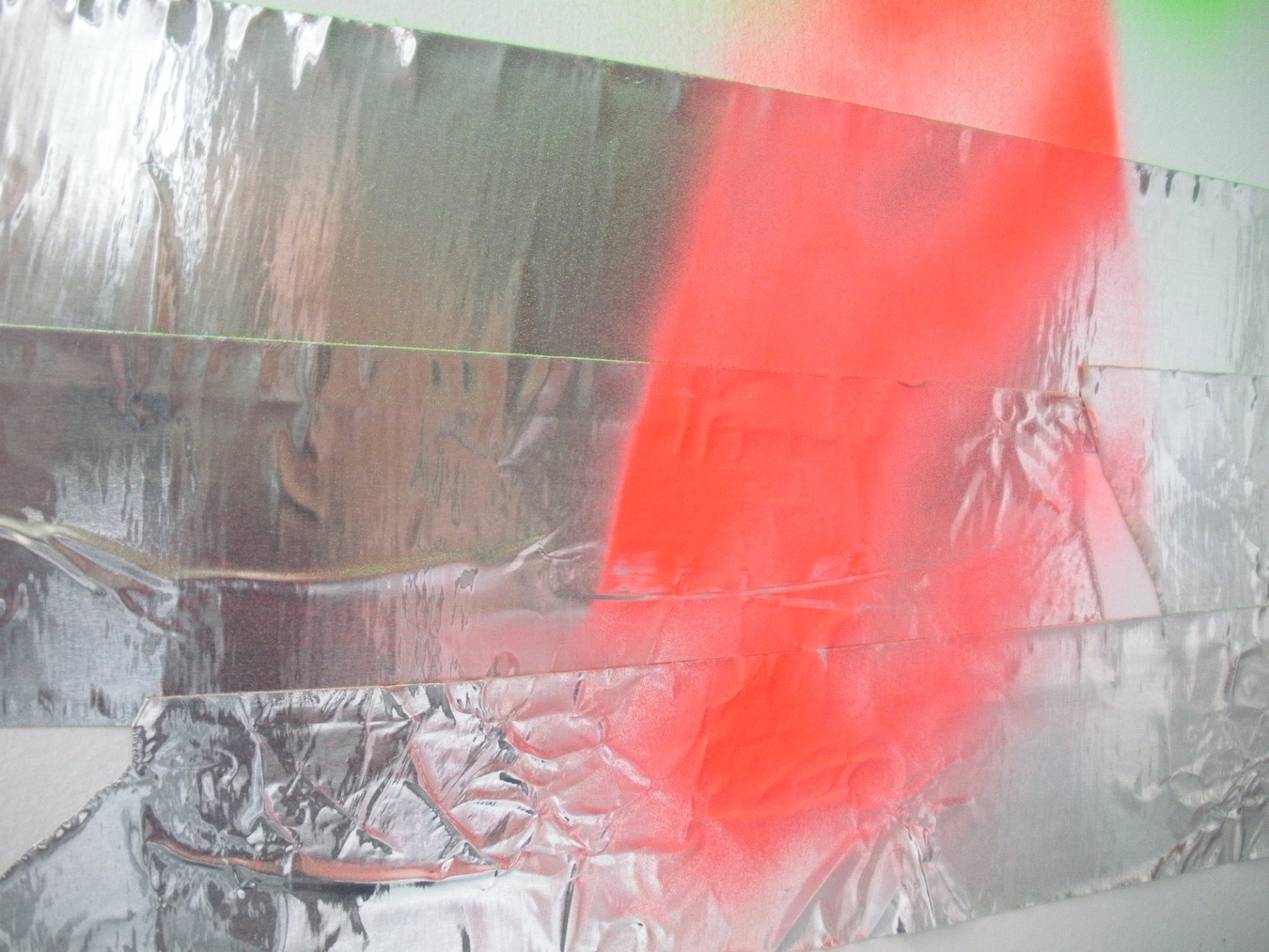 Transforming a striking synthetic ‘Persian’ rug into a coiled magic carpet poised in wait for its next destination, whilst plying us with an ensemble-cast of silver plastic-bottle awards and trophies, having last exhibited with The Physics Room in 1998, Judy Darragh sweeps back to Christchurch with unassailable candour and inexpensive mystique.

Presenting these works for the first time in the South Island as an abbreviated version of her earlier exhibition Studio of Exhaustion for Diligent Service with Two Rooms in Auckland, Darragh continues to confound notions of implicit value with her adventurous bargain basement and everyday retrievals, and the retread objet d’art she fashions from such unabashedly useful materials.

True to her track-record, Darragh continues to present complex sentiments underscored by the lowly nature of the materiality of the objects she drafts into service. Whether aiming high in the classroom, a particular code of your choosing or the popularity stakes, Darragh’s fake trophies built up from reclaimed water bottles invoke school corridors or sports fields well worn in the service of merit, achievement and both healthy and unhealthy forms of competition alike.

Proposing the ‘studio’ as something of a secluded, mysterious and exhaustive space where all the magic happens, but equally as a potentially brutal arena within which harsh decisions must be made and the good honest toil necessary to produce each work of art must necessarily occur, Darragh leaves just enough leeway for us to ponder her true position on these matters and the consistently slippery subject of conjuring ‘value’ and ‘distinction’ in the arts.

Judy Darragh lives and works in Auckland and played a significant role in the development of ARTSPACE, Auckland, the independent artist run space Teststrip, Auckland and Cuckoo. She was born in Christchurch, completed a Diploma in Visual Communication and Design at the Wellington Polytechnic and has taught at tertiary level for many years. She has exhibited widely and her works are held in various major collections including Christchurch Art Gallery Te Puna O Waiwhetu, Christchurch; Museum of New Zealand Te Papa Tongarewa, Wellington; Auckland Art Gallery, Auckland; and Govett-Brewster Art Gallery, New Plymouth. In 2004 the Museum of New Zealand Te Papa Tongarewa featured a major retrospective of her work curated by Natasha Conland and entitled Judy Darragh: So… you made it?. Darragh is represented by Jonathan Smart Gallery, Christchurch and Two Rooms, Auckland.

Our thanks go to Picpac for their assistance with the Studio of Exhaustion’s safe journey to The Physics Room.