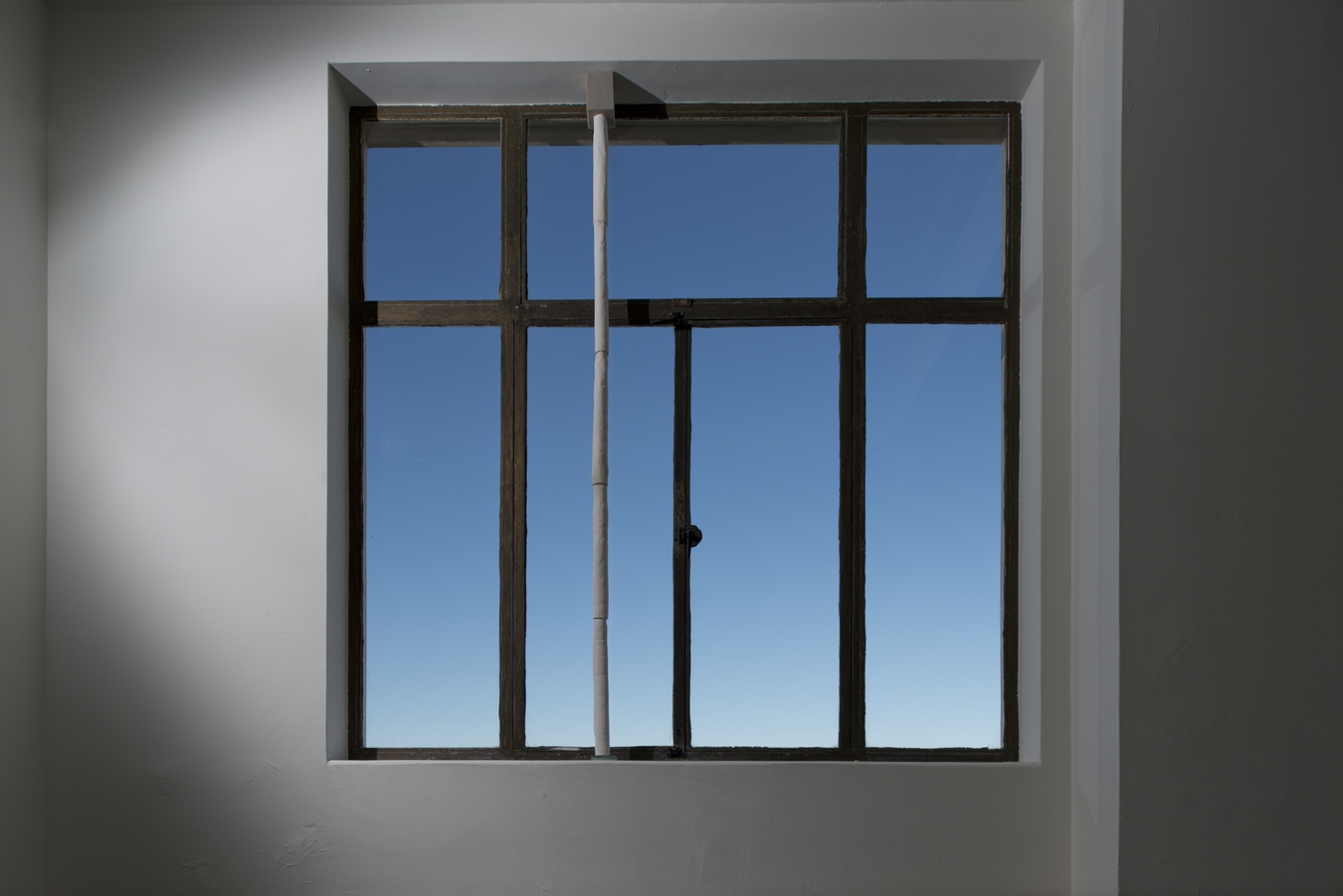 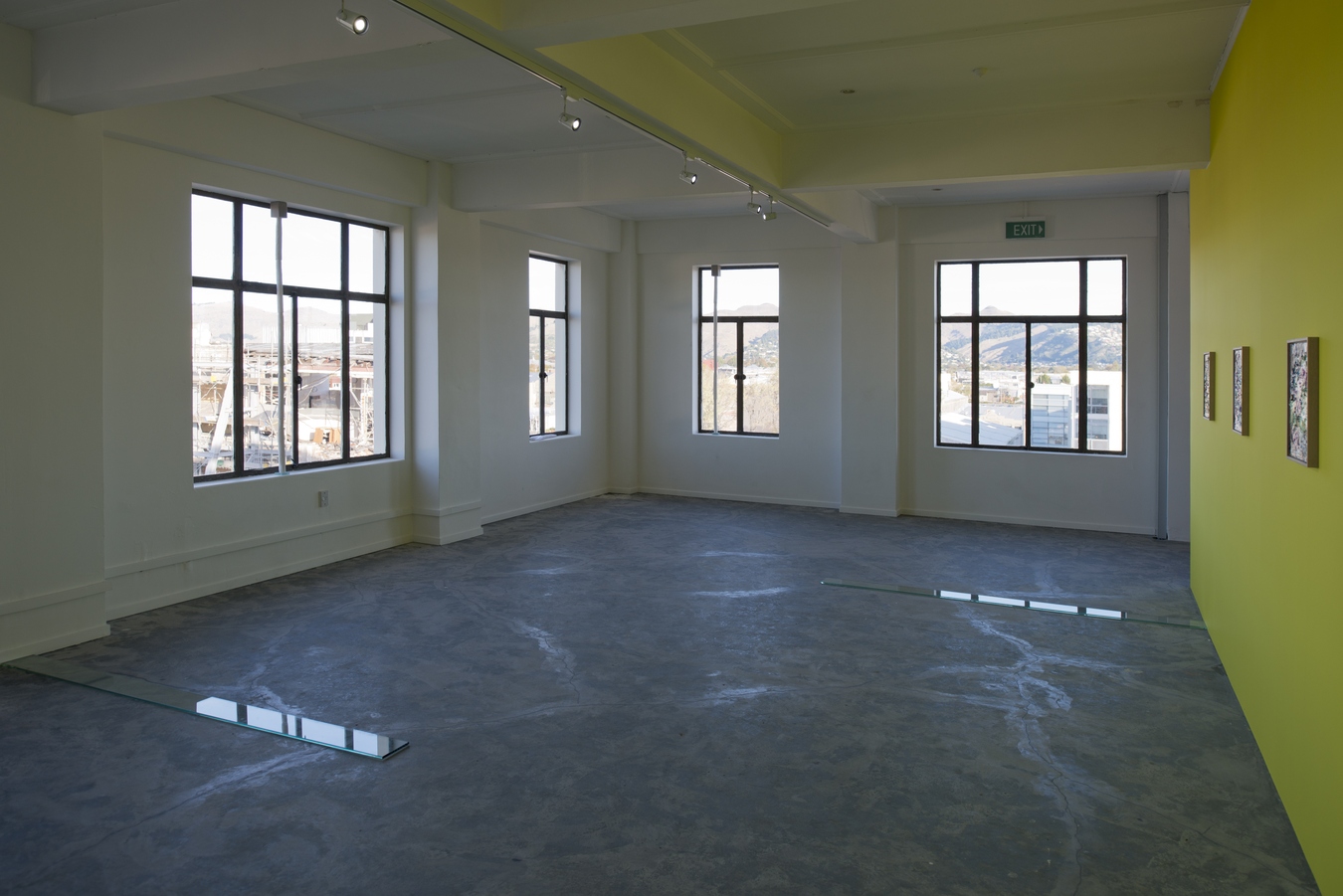 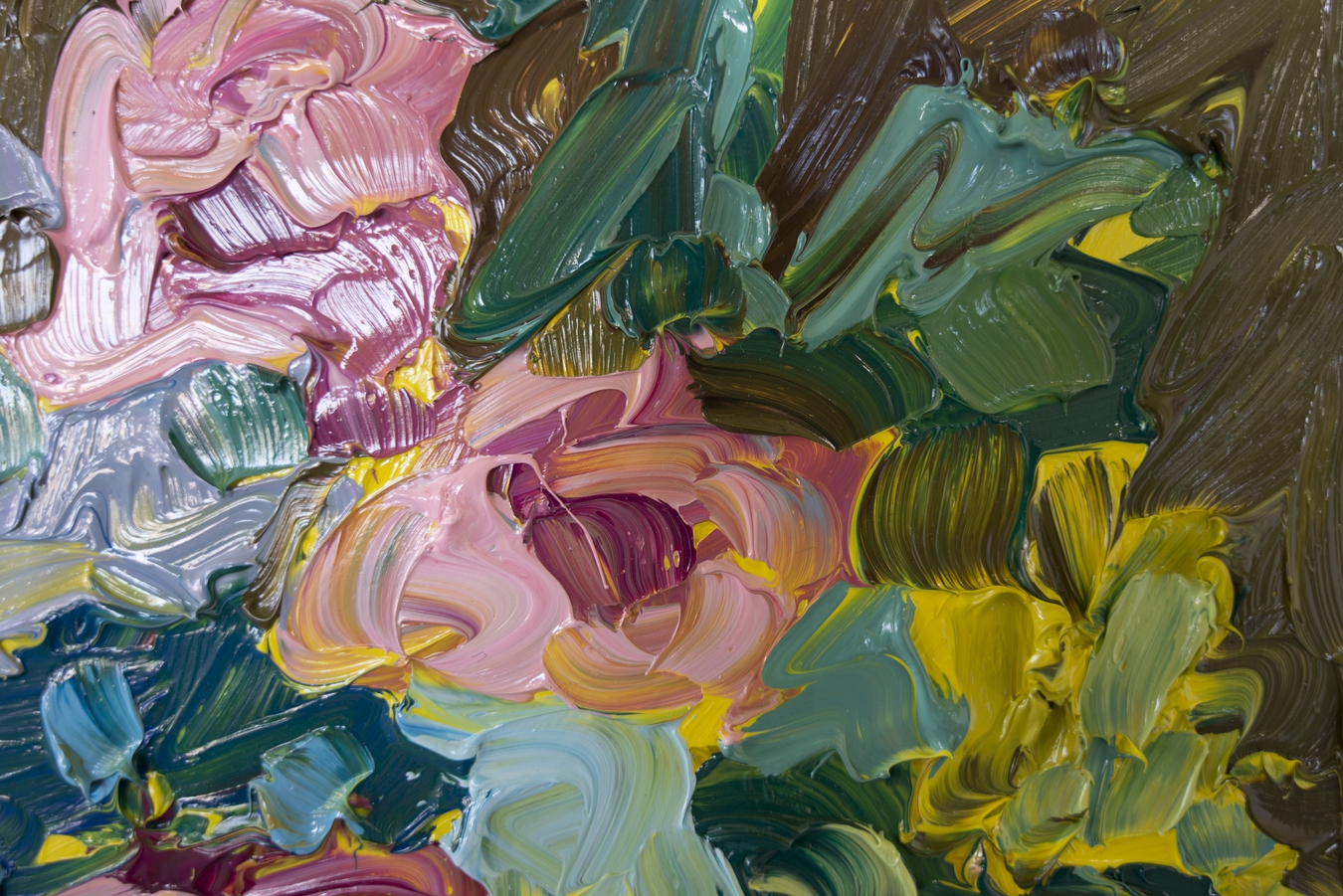 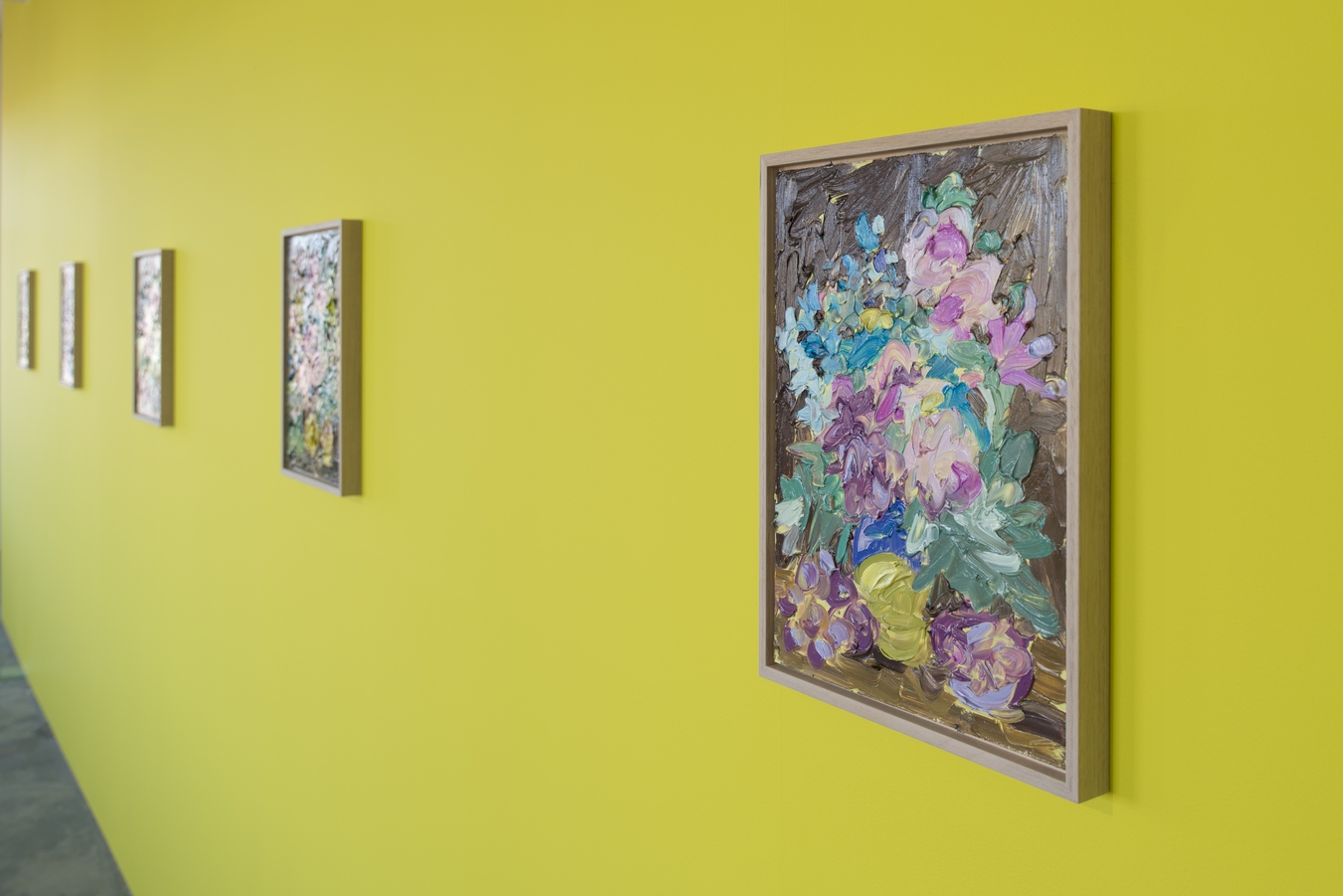 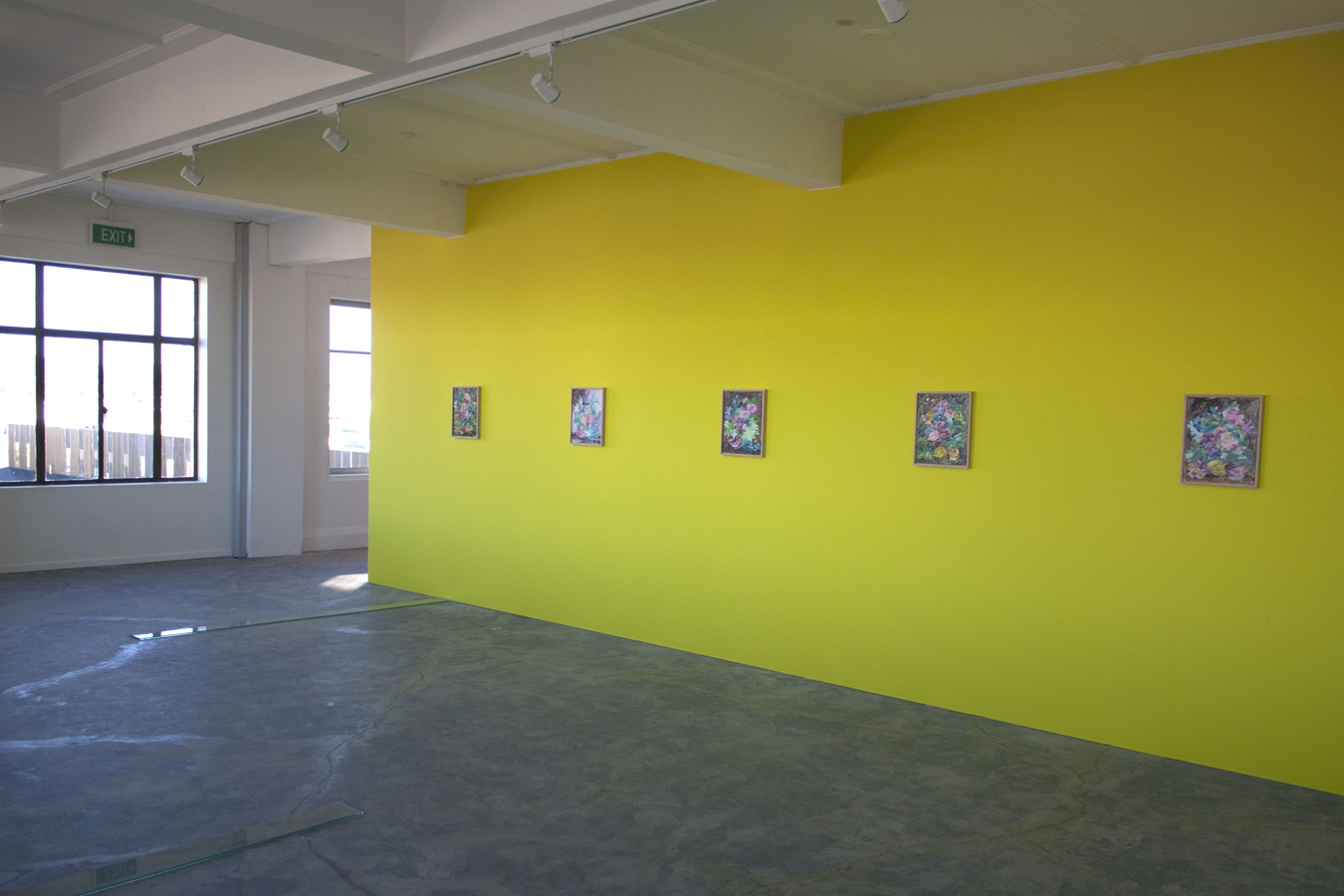 Kirstin Carlin and Emma Fitts’ collaborative project Shadow is shade adopts the observational qualities and illusion introduced in Honoré de Balzac’s story The Purse from 1832. In Balzac’s story, he describes how at twilight the materiality of a painting diminishes and the physical sense of a layered surface gives way to illusion. The narrative focuses on a missing purse that the protagonist fears stolen, casting doubt on his love, the suspected thief, and thereby calling the observable into question.

The work featured at The Physics Room exists in parallel to a reciprocal exhibition Shade is shadow currently installed at Window in Auckland, offering a doubling and play between the real and fictional spaces that the project addresses. Shadow is shade/Shade is shadow, places painting and sculpture into a similar dialogic. Fitts’ fine bone china rods are created to the dimensions of the gallery space, conversing with Carlin's paintings in both a disruptive and complimentary manner.

Emma Fitts completed a BFA in painting at the University of Canterbury in 2002, and in 2009 relocated to the UK where she is currently based. Kirstin Carlin completed a Bachelor of Design at Unitec in 2003, and an MFA at the Glasgow School of Art in 2010. Emma and Kirstin met in Glasgow, during the final year of their MFA's. While in Glasgow they started the publication and exhibition project, Victor & Hester, along with Amelia Bywater.

A response to the exhibition by Abby Cunnane (pdf)