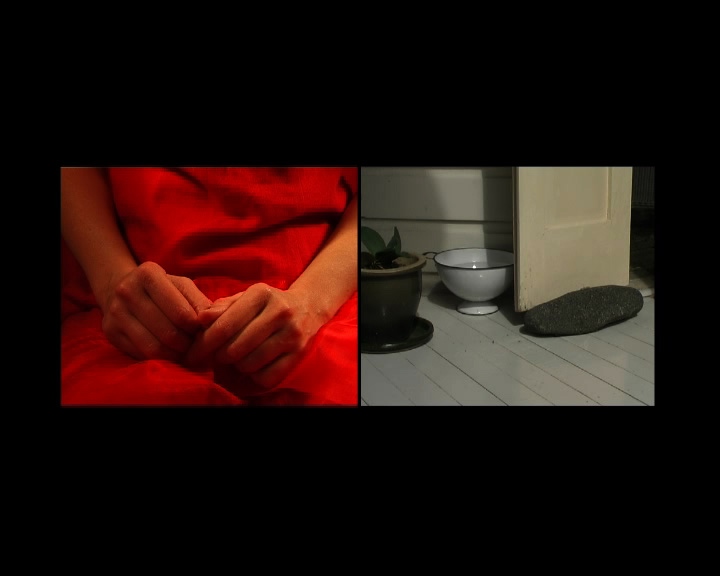 In the tradition of Stan Brakhage, Len Lye and contemporary video artists such as Gillian Wearing this selection of works seeks to develop a new language uncompromised by mainstream cinema and orthodox narrative constructions.

This programme of experimental film and video art provides a snapshot of artistic activity around the moving image. The multiple genres which make up the nebulous body of work we term ‘experimental’, sit side by side in order to illustrate contemporary time based media’s inclusion into the ever expanding field of art making. Artists Steve Carr and Richard Lewer, multi-media theatre practitioner Julianne Eason, and ‘grass roots’ multi-media artists Eve Gordon and Sam Hamilton have all integrated the medium of film and video into their respective artistic practices.
Catherine Garet, Haiku, still from dvd

Looking to aesthetics or politics for their content, and often using film and video as a material construct with which to ‘tamper’, the ‘experiment’ is often in the negotiation of form and ideas presented as a collaborative unit. Filmmakers Lissa Mitchell, Alex Monteith and Campbell Farquar apply techniques of direct manipulation, animation, and hand-painting, and have a passion for the nuances of film…grain, flare and decay.

Removed from the space and conventions of the traditional ‘movie-house’ these works will be presented in the South Quad at The Arts Centre of Christchurch.

Bring rugs, cushions and picnic hampers or enjoy food and wine from the local cafes and bars.

If raining the screening will be held at The Physics Room.

Thanks to The Arts Centre of Christchurch, The New Zealand Film Archive and imotion for their support and resources.