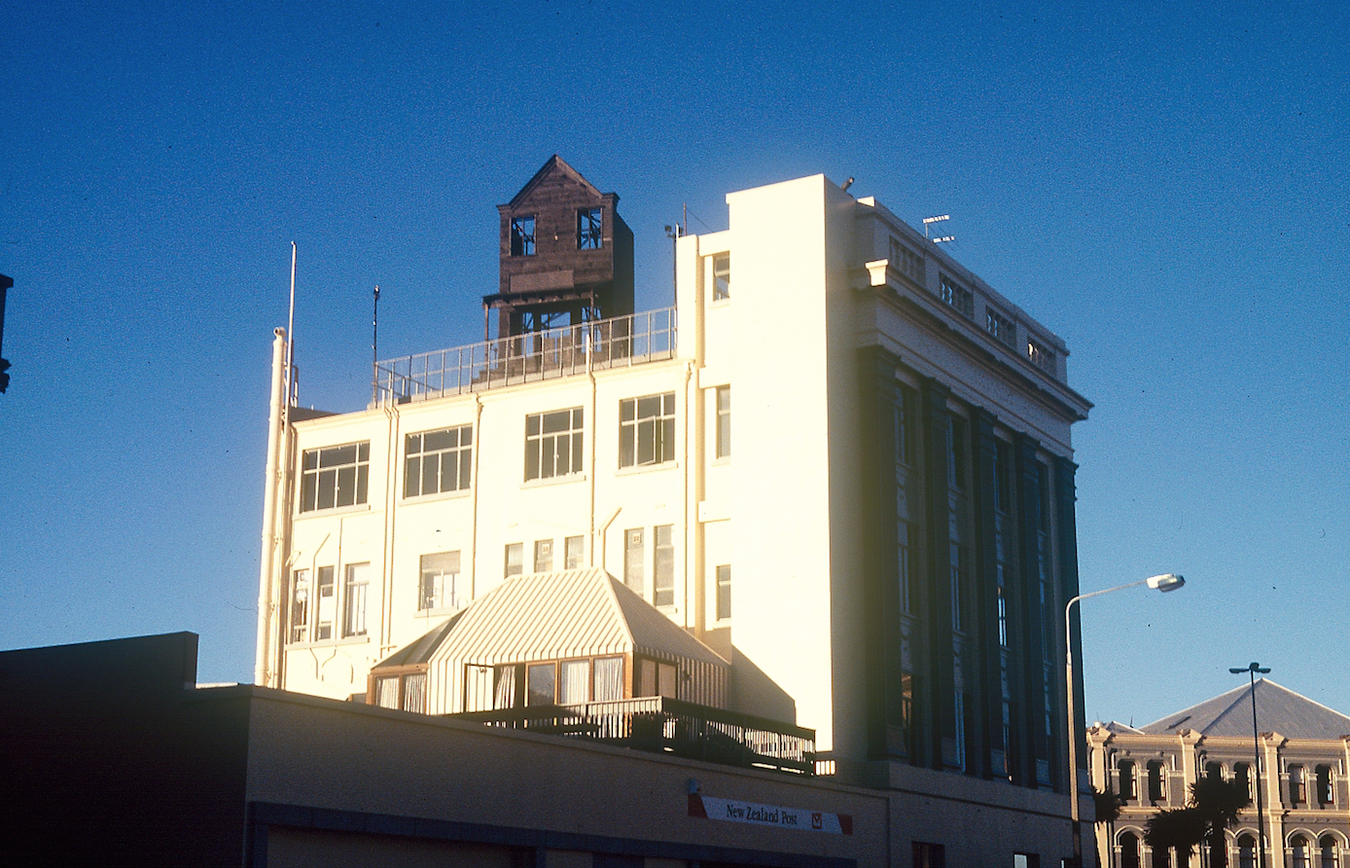 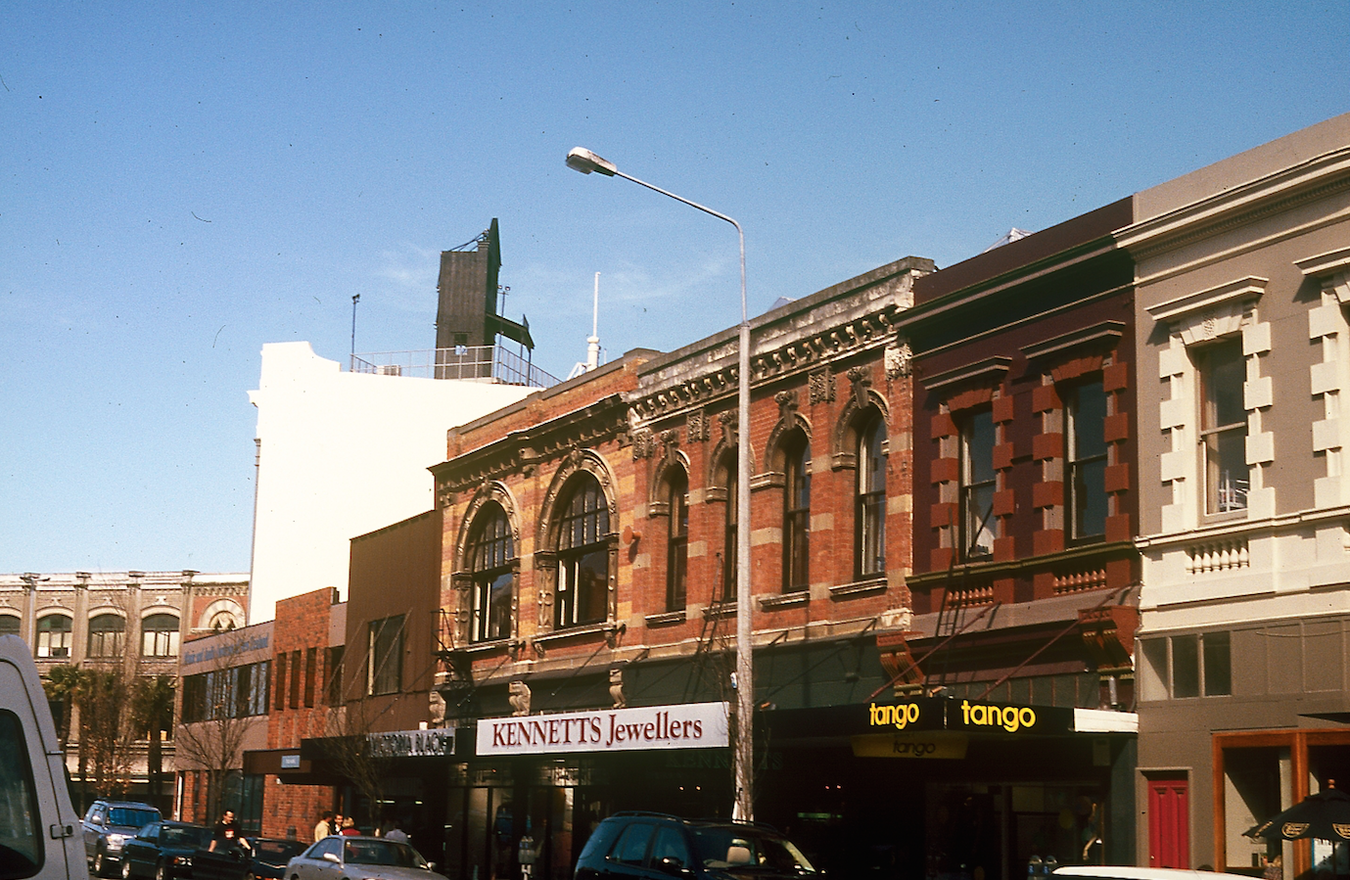 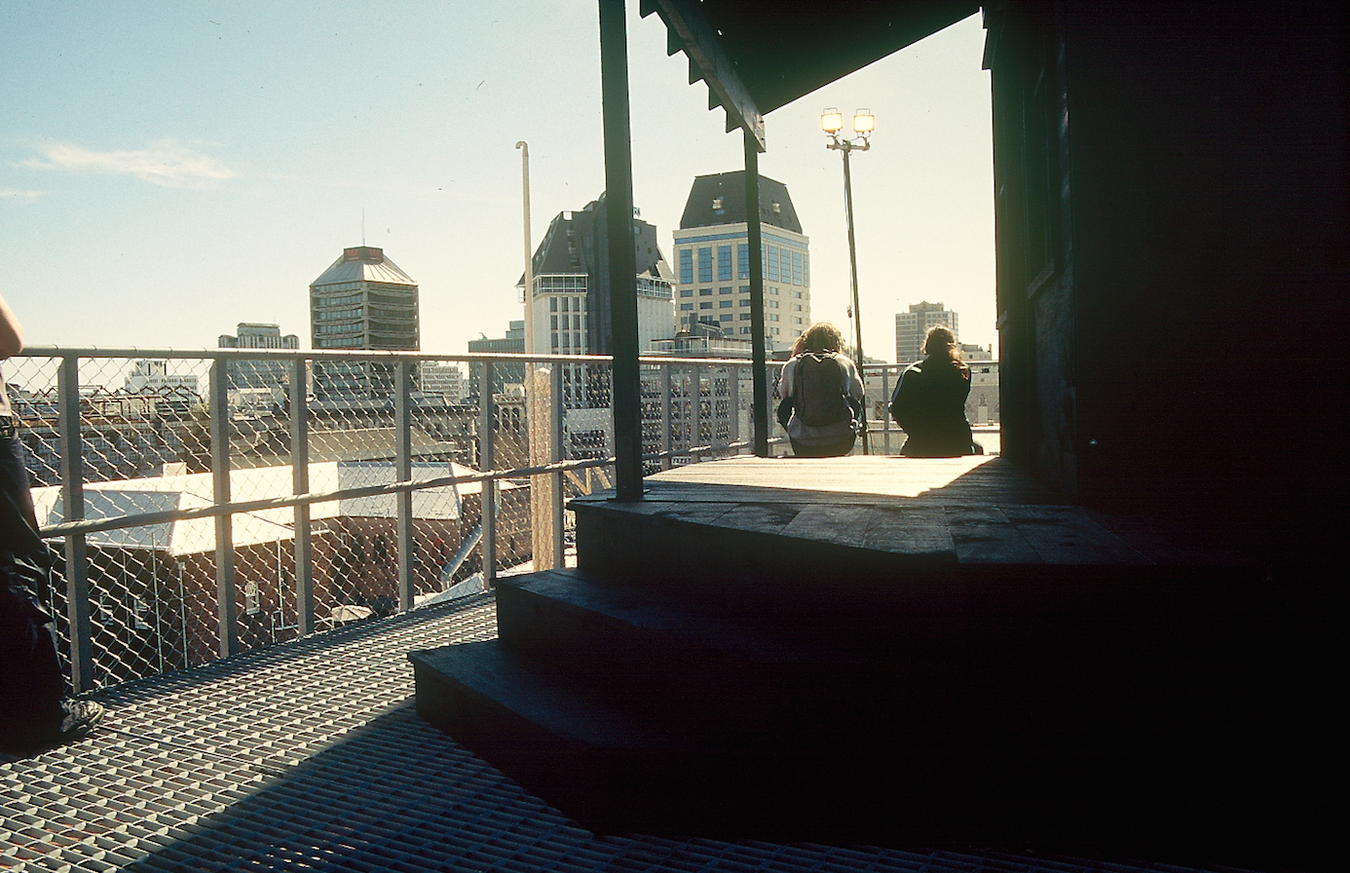 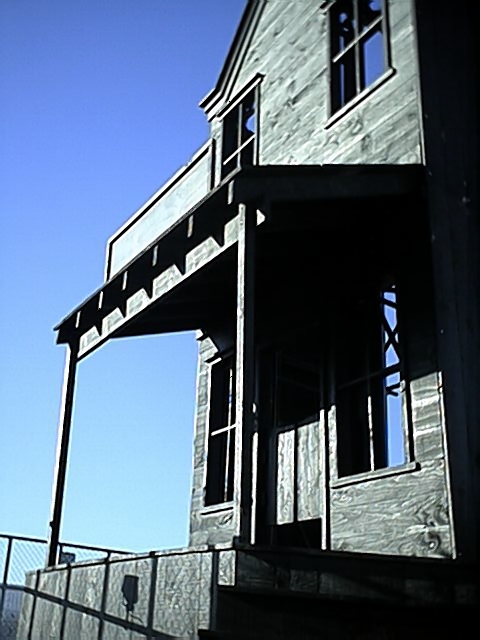 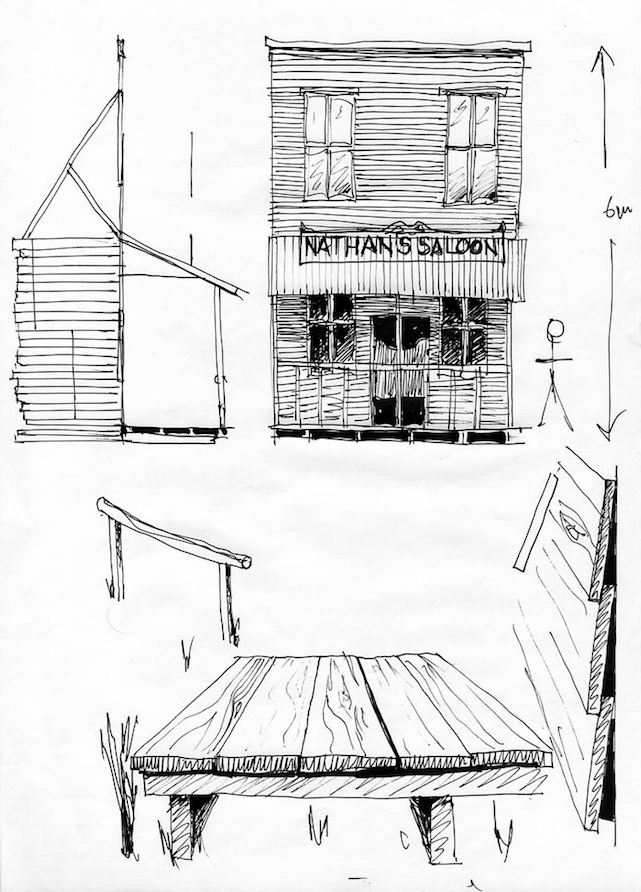 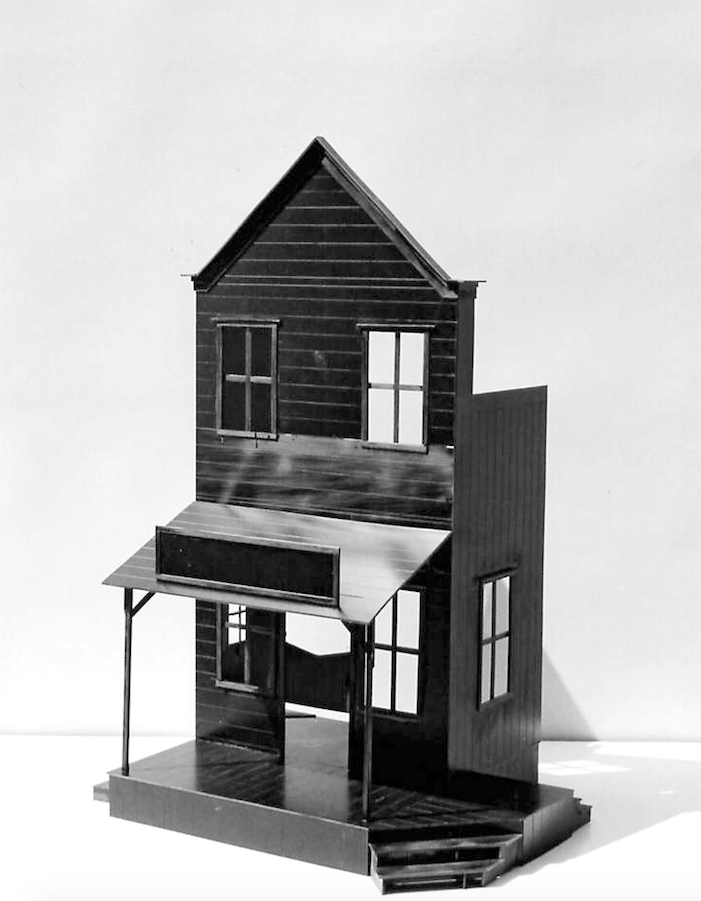 Like a stage-prop from a silent western Nathan Coley's Black Maria perches on top of the Physics Room. Its unlikely form makes a wonderous addition to the Christchurch skyline, a playfully dark mirror carrying ideas from other places and reflecting the idiosyncratic histories that make up the cityscape.

Exploring notions of the frontier, the facade and location, The Black Maria brings a distinctive icon of the Western to the urban centre of Christchurch. Scottish artist Nathan Coley will present The Black Maria as a part of the SCAPE Biennial. Coley's saloon stage-set is located high on the roof of the Physics Room building and towers over the intersection of Christchurch's High and Tuam Streets. It offers a vision of the frontier loaded with theatrical potential. This new addition to the city skyline brings yet another facade to a streetscape already loaded with architectural fragments which evoke a nostalgia for another place. The
Black Maria hovers above the pediments of the surrounding buildings. Stained black, with its supporting scaffolding mechanism clearly visible, The Black Maria absorbs from its surrounds and offers back an elegaic and open ended proposition.

Coley's project takes both its title and capacity to rotate in pursuit of the sun from the first film studio to be built, Thomas Edison's Black Maria of 1893. In choosing to restage the 'saloon' Coley draws on the nostaglic silent westerns of the 1930's, where the romance and drama of a frontier conquered and now the subject of myth is played out on the screen in flickering black and white.

Inside the Physics Room gallery Coley has constructed a second structure and further architectural proposition, a prop for his series of digital prints Places Where Something Has Happened.

Nathan Coley is interested in the way the values of a society are reflected in its built environment. As the stage upon which our lives unfold how does the architecture we are surrounded by determine our sense of what is possible? Throughout his practice Coley has investigated the way that constructed spaces add meaning to our cultural identity. His work is concerned with revealing the unwritten codes of convention that surround physical structures. In a previous project he has hand-made, in view of a visiting public, perfectly scaled cardboard models of 161 places of worship in central Birmingham, accumulating and eventually recycling the cardboard. Throughout the month of September the Physics Room hosted Nathan Coley's Christchurch projects The Black Maria and Places Where Something Has Happened.

SCAPE - The Art and Industry Biennial 2002

A Christchurch based festival event located in a range of galleries and public sites, the Art and Industry Biennial has become one of the premier arts events in the year's calendar. Set up to provide a meeting ground between progressive corporations, private and public art institutions, and contemporary and cutting edge visual artists, the Biennial presents the work of national and international artists. The Physics Room played host to a project by Auckland artist Leigh Martin in 2000, and will this year again present a project in conjunction with Art and Industry.

High noon at art saloon
The Press, 2002 Sept. 11, p. A9
Nathan Coley, Scottish artist, has erected a saloon facade called Black Maria above The Physics Room on Tuam Street. It is one of 19 site-specific art works...