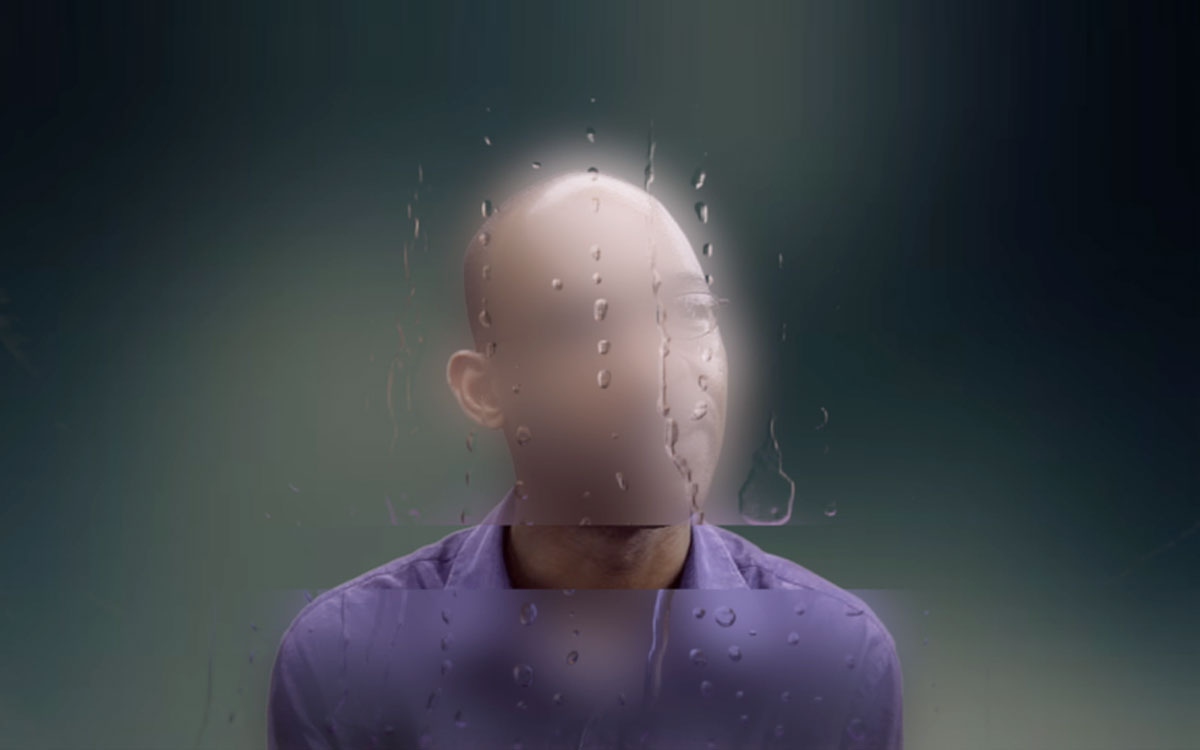 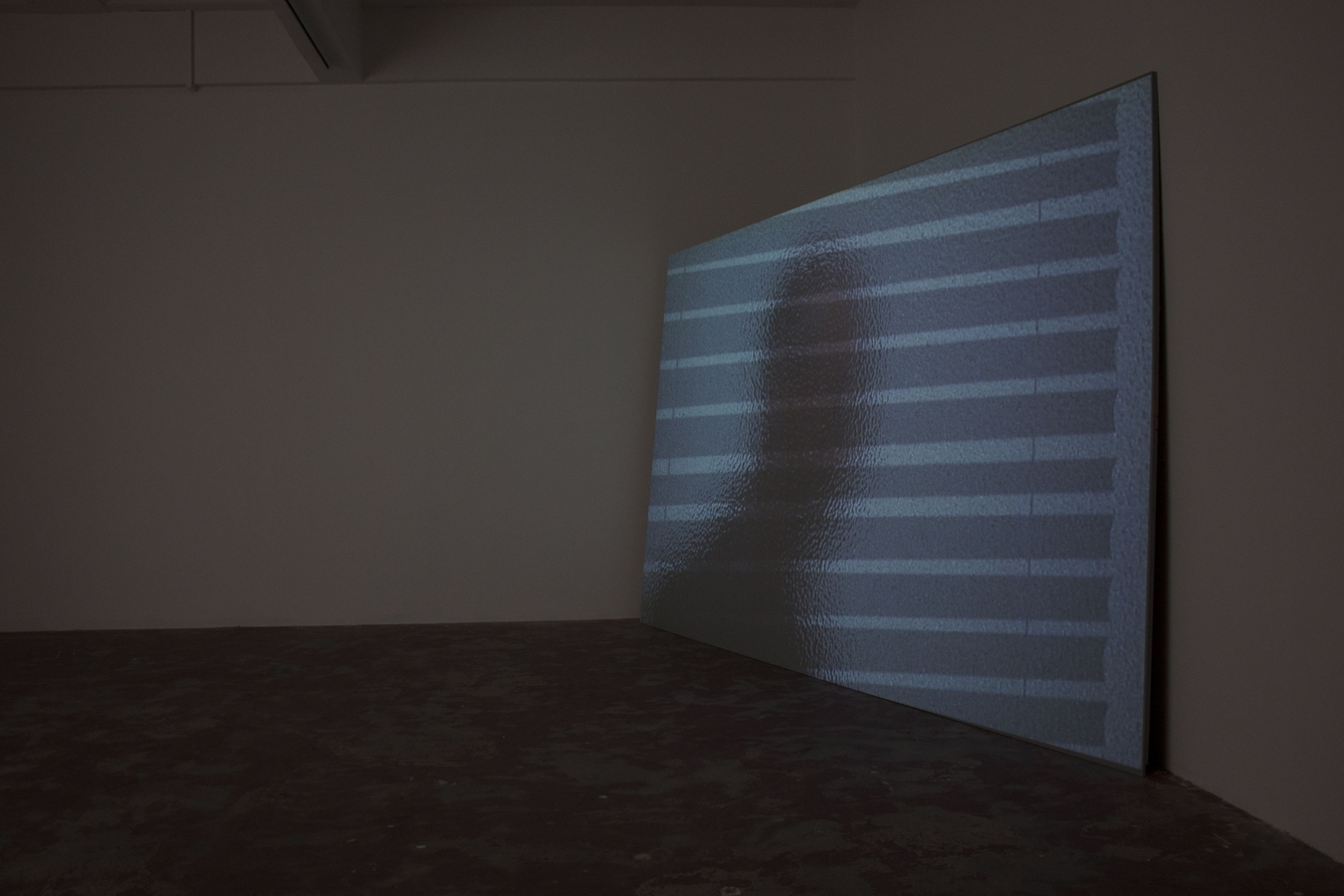 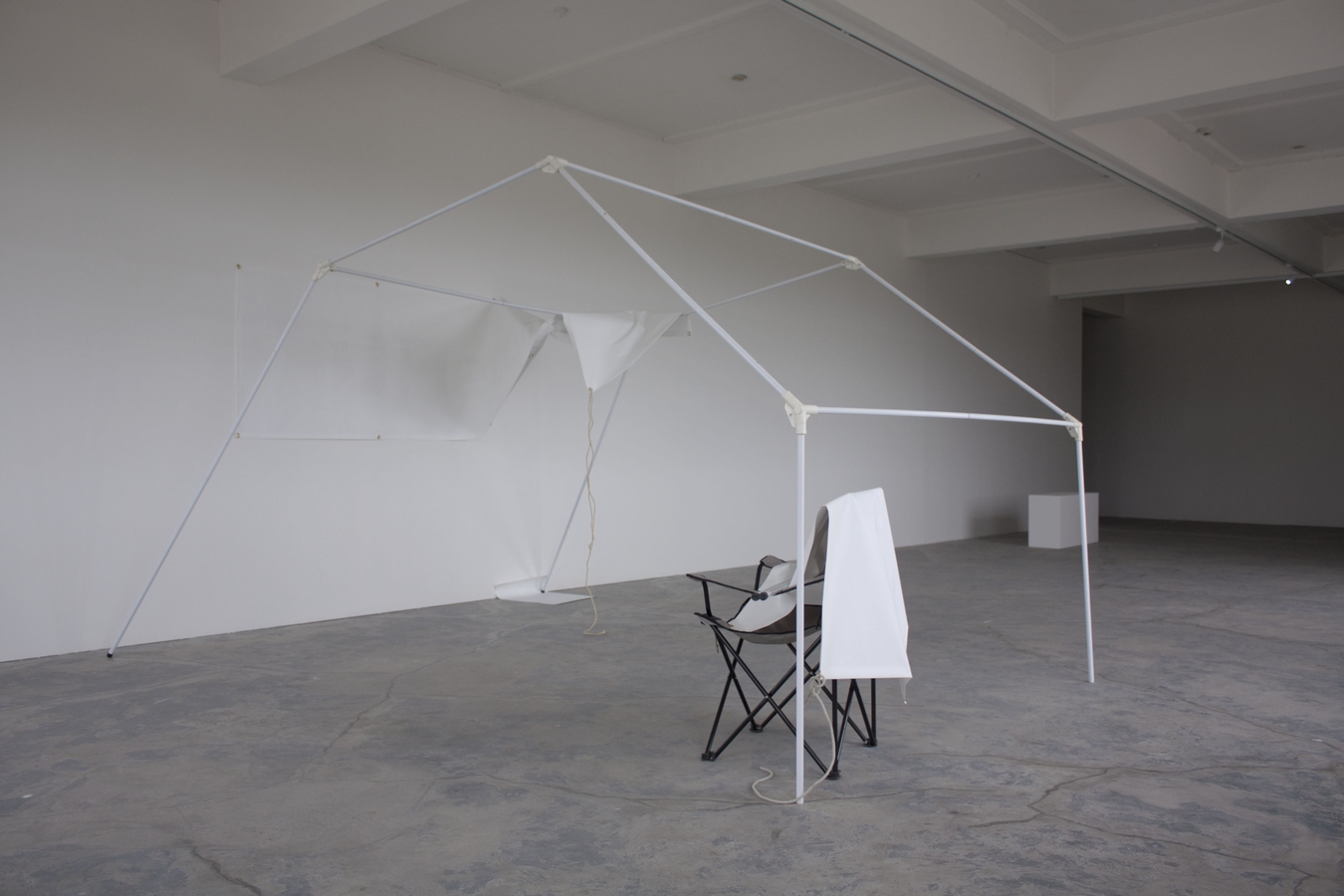 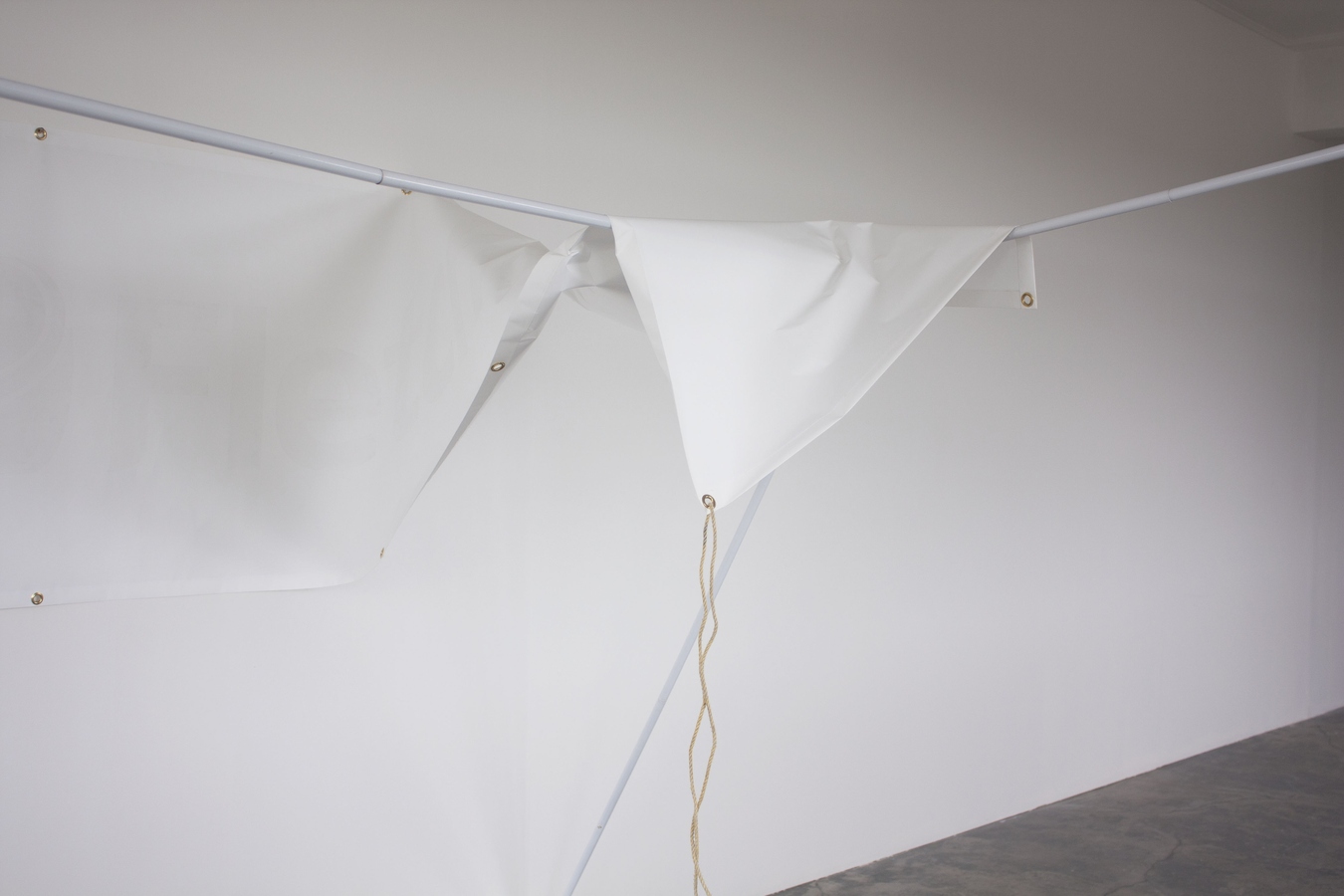 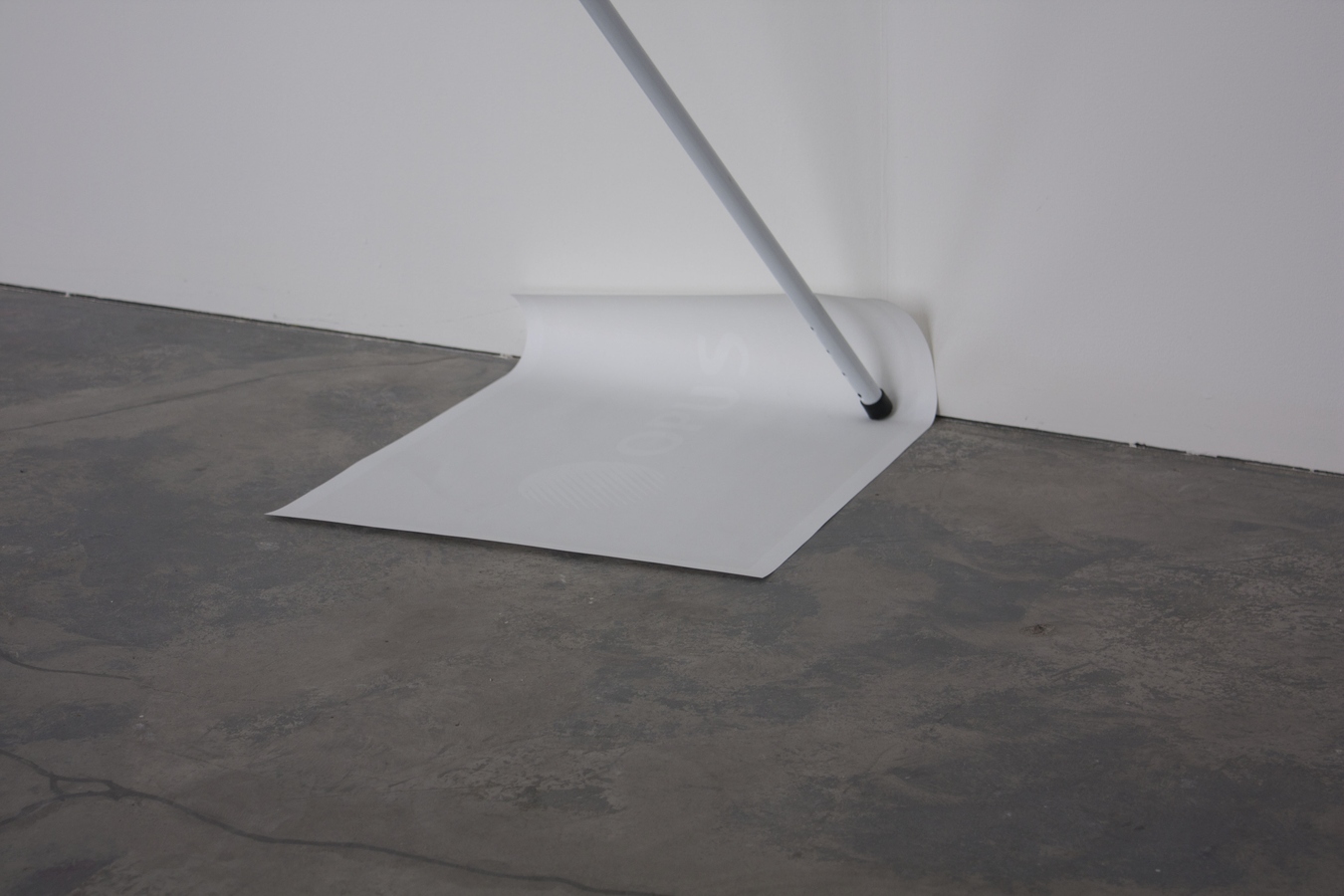 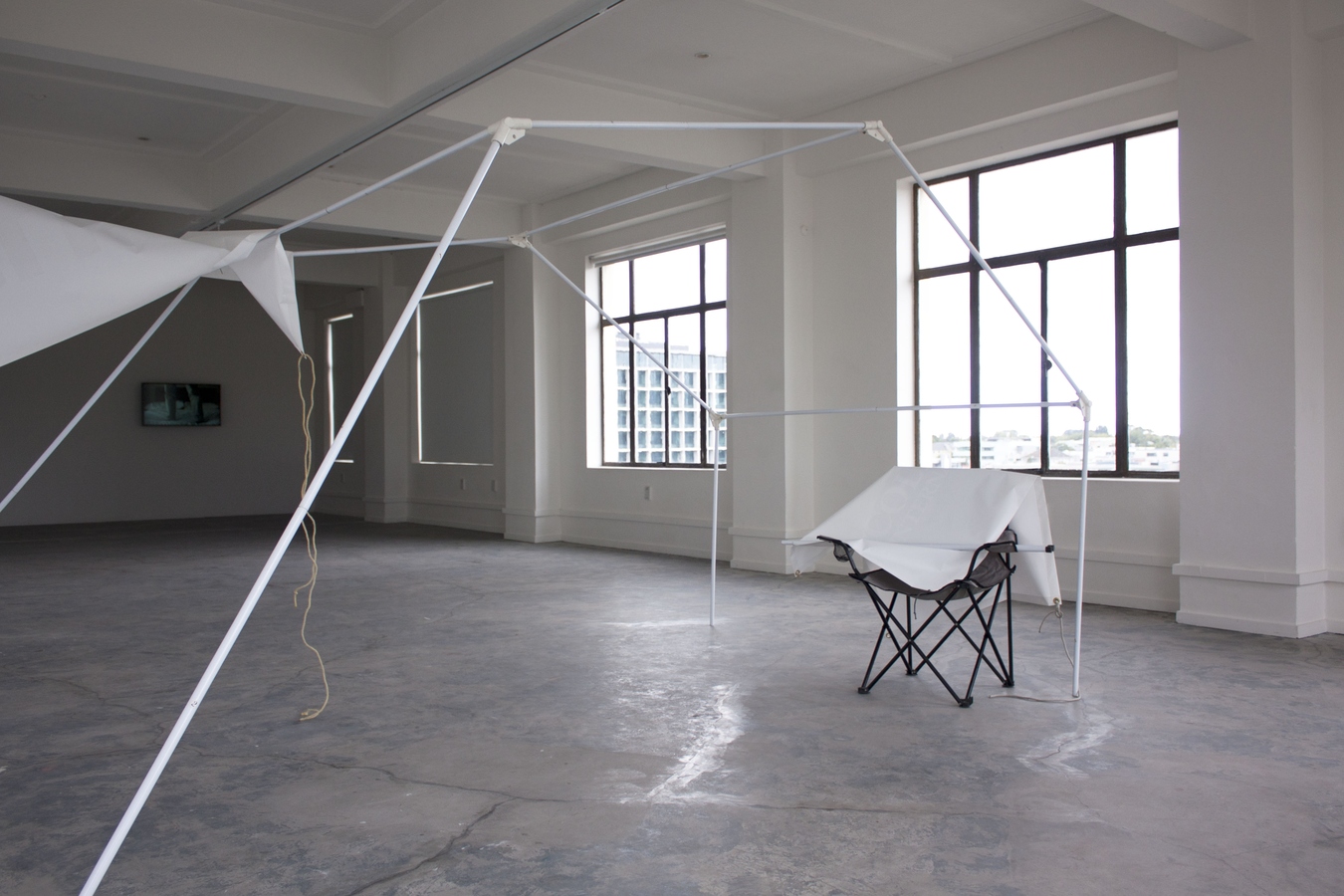 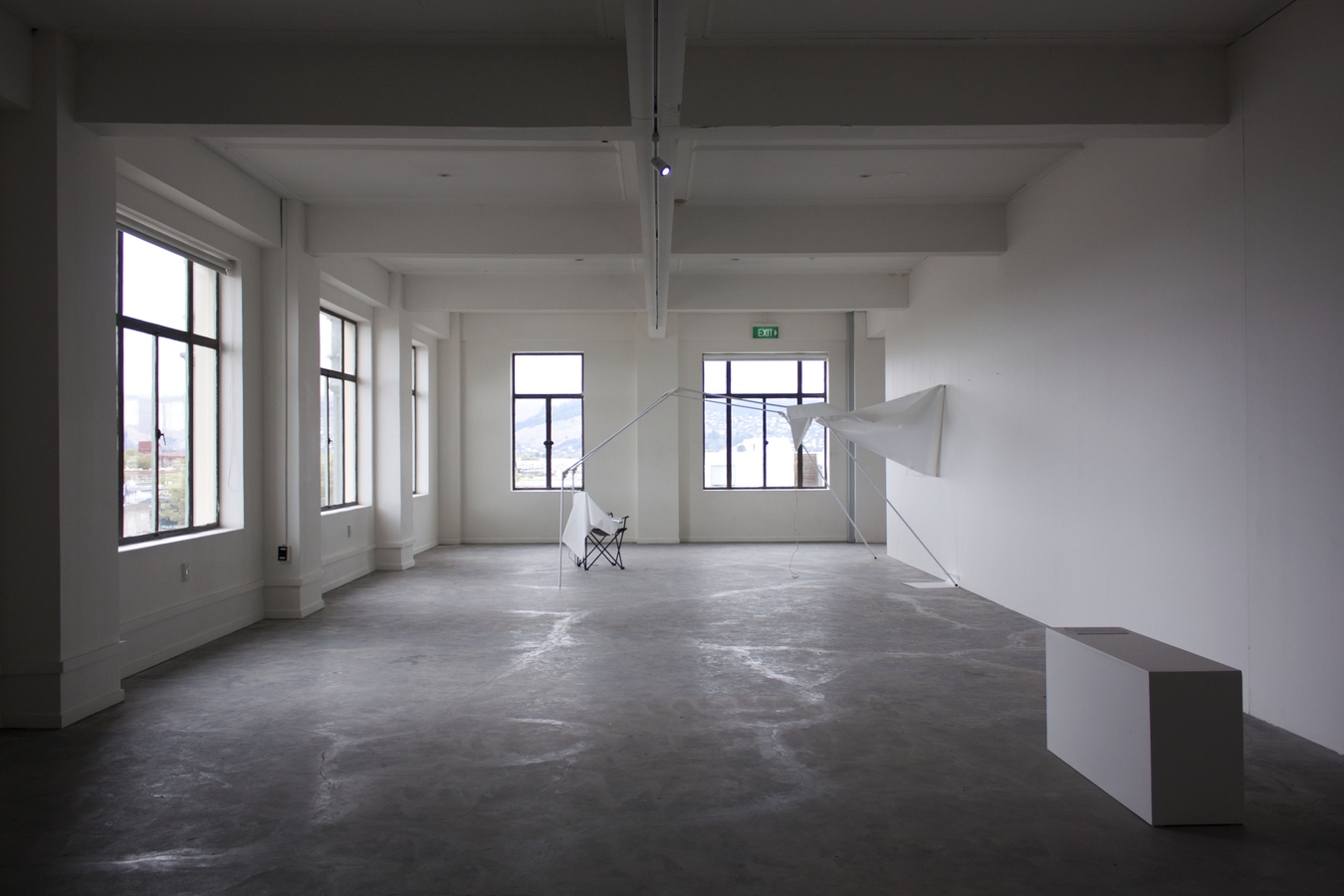 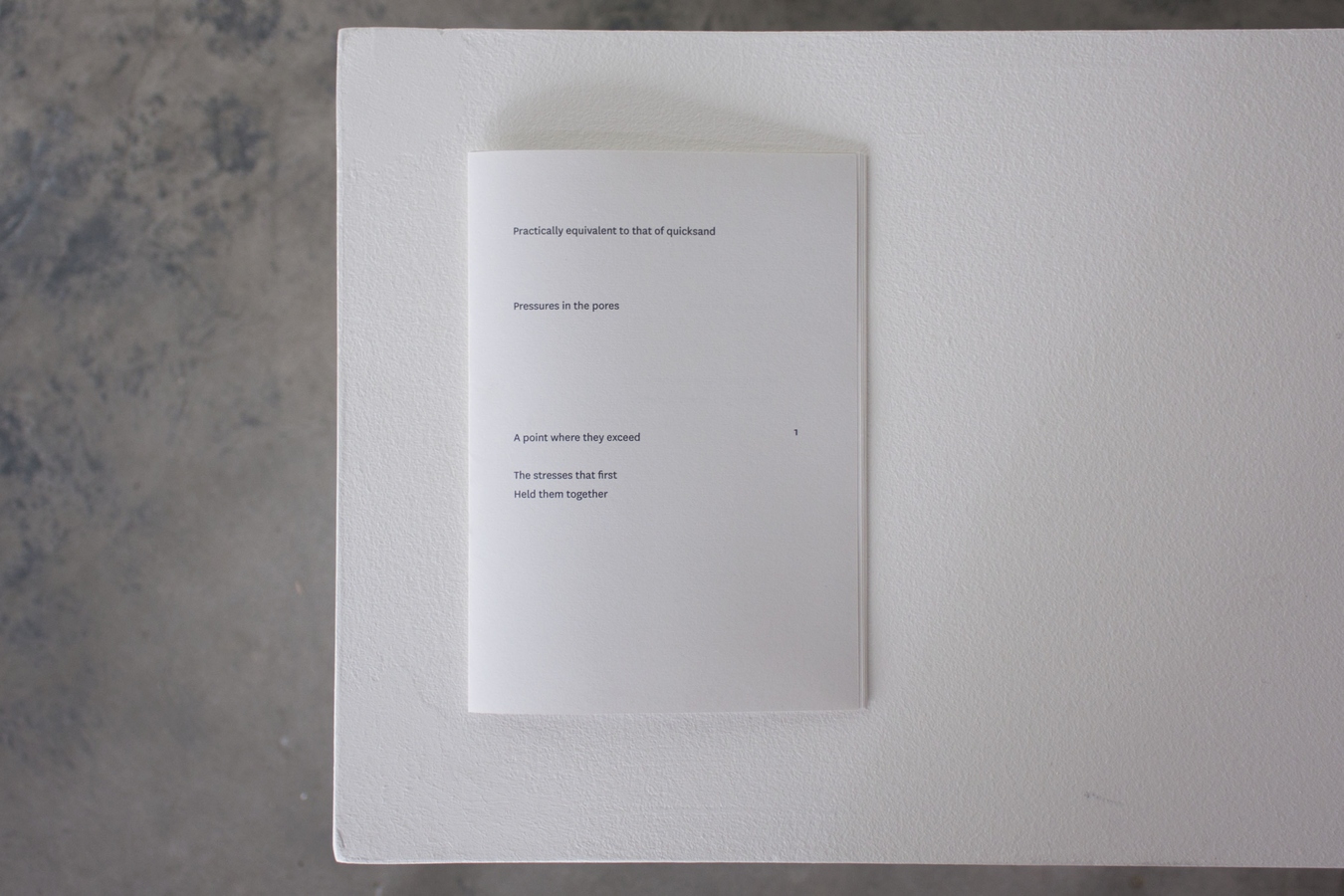 Gregory Kan, A speaking platform made by heaping up, 2013 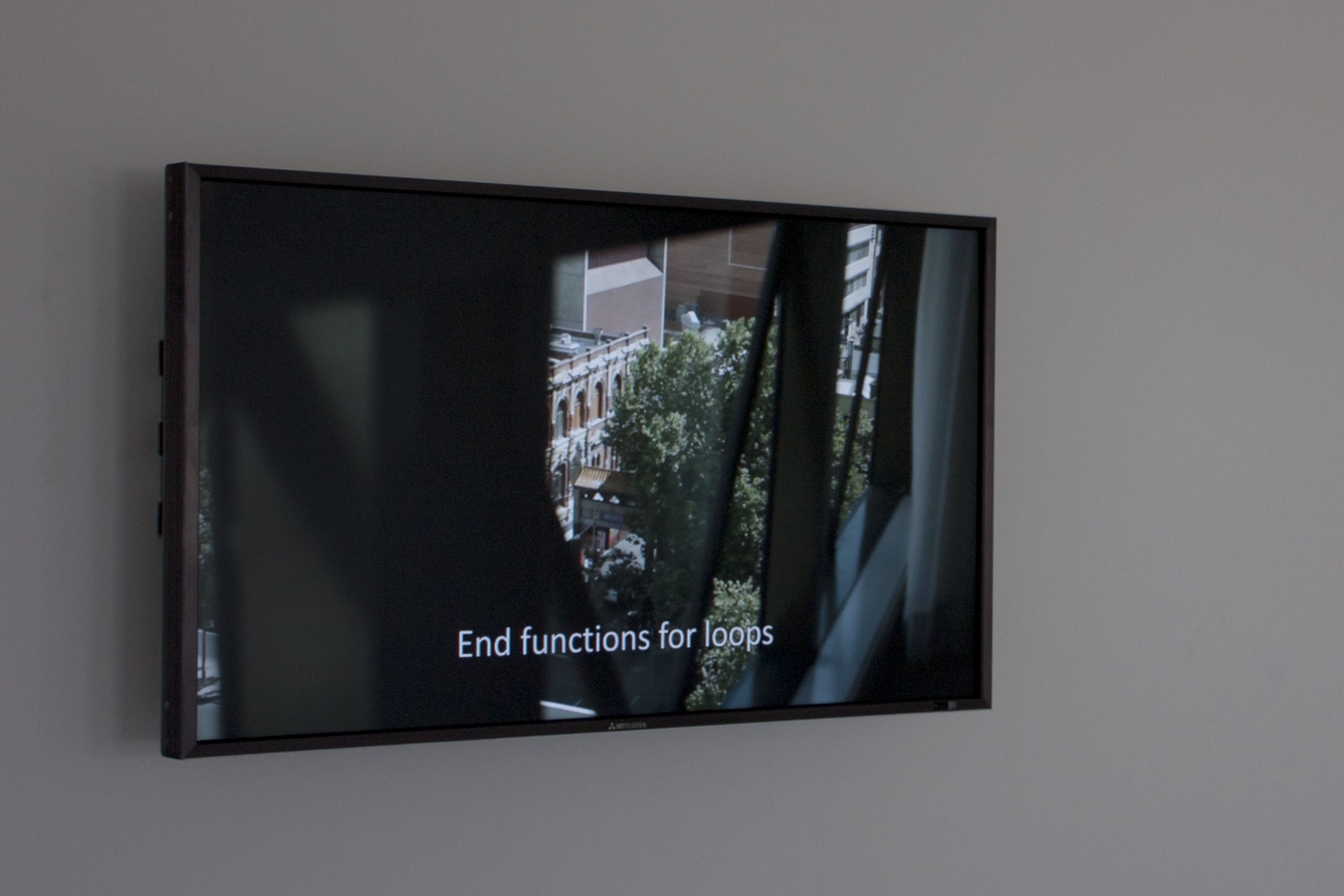 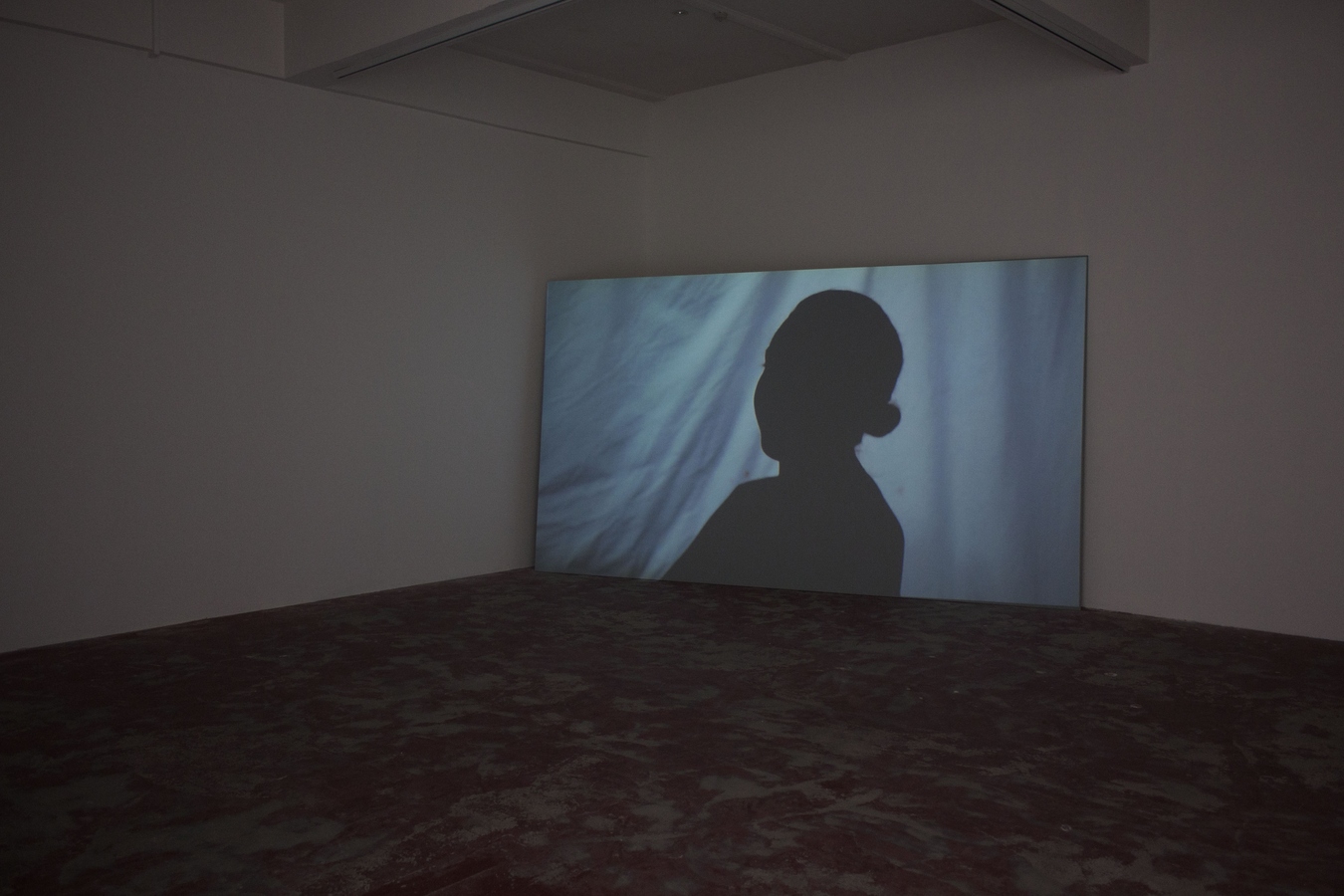 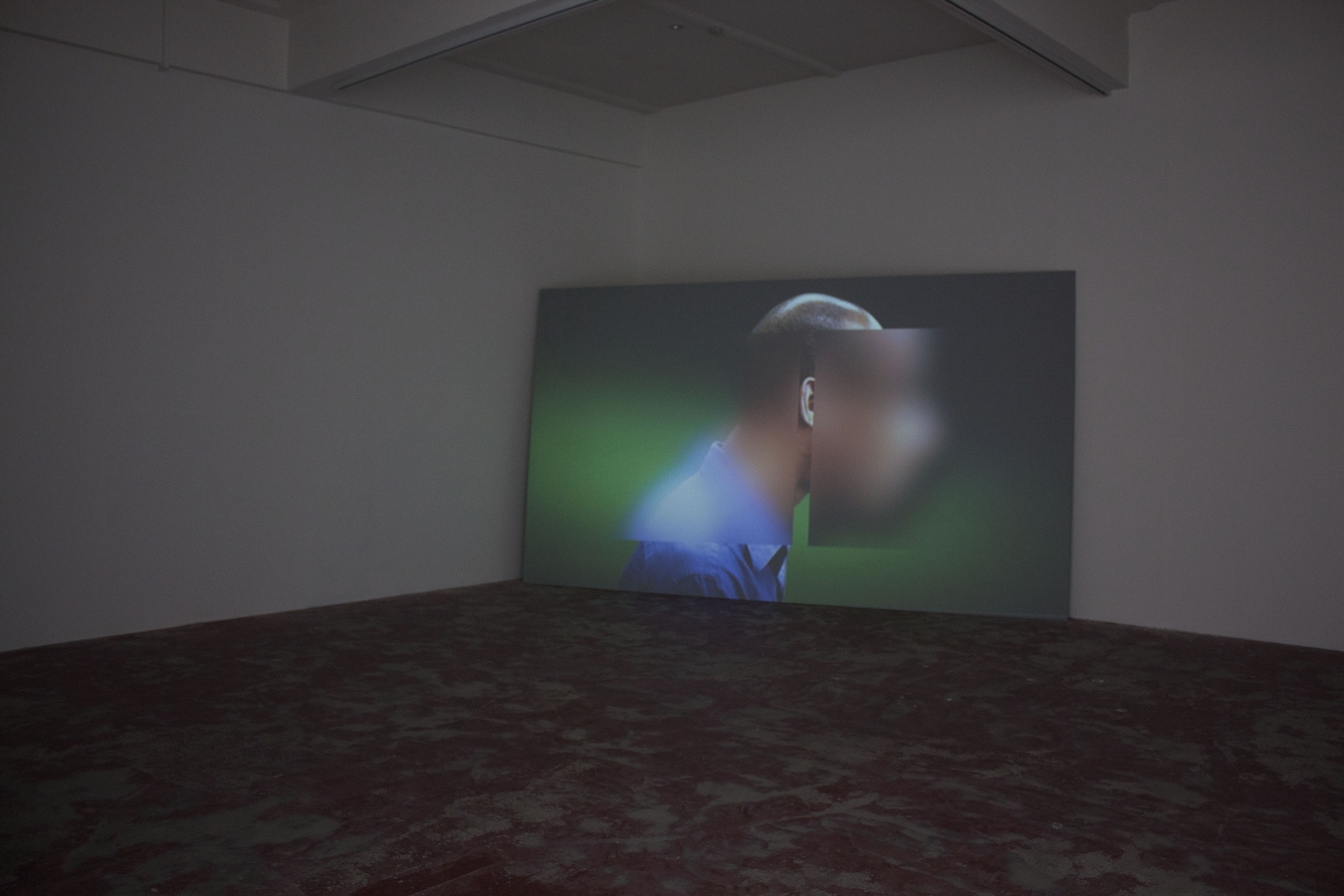 At the cusp of a centre. Here we all are, collected. Or. There we once were. Perhaps both. Again, here we all remain, remainder, on repeat, with variation.

The centre of the city holds. It is a containment of the civic, the commercial, the social and the personal – narrative, rhetoric and memory. A polis.

Though, the centre of this city was held, and provides a geographical reference point for the Canterbury Earthquake Recovery Act of 2011.

Within the traditions we have inherited, our notions of democracy and law are intertwined with notions of ‘the voice’.

Experimental poetics of the late 20th century sought to deconstruct the notion of a natural or unified voice and the isolation and privilege of the lyric address. Following the conception of poem as object, the setting of vernacular speech and situation in verse of Objectivist poetics, and the wry humor and economy of means of the Russian Conceptualists, writers associated with Language Poetry emphasised language itself as a social space, a site of both philosophical inquiry and political address. In this mode of thought there is the possibility to reflect on the located ‘present’ as a complex political-linguistic event, unfolding in both geographic and historical space and whose subjects are multiple.

The artists included in the exhibition The day is a fume, articulate an approach to language and the contextual construction of subjects and meaning in a manner resonant with the methodological and epistemological strategies of a ‘post-Language’ poetics, performing excavations and generating speculative entanglements between language, materiality, and selves.

The day is a fume opens to ‘the voice’ as it coheres across surfaces, to look through the work of these artists onto a field of alterations, where differences and means may be measured in both the linguistic remains of the ruin and the constructed and composite voices with which we find ourselves in concert.

Dorota Broda lives and works in Auckland, New Zealand. Recent shows include a series of five installations in the Chartwell Stairwell at Artspace (2013), Auckland, Part time artist full time friend at Gloria Knight (2013) and Freedom Farmers at the Auckland Art Gallery (2013). She has recently completed an MFA from the Elam School of Fine Arts.

Gregory Kan is a writer living in Auckland. His first manuscript, a series of poems, was shortlisted for the Kathleen Grattan Poetry Prize in 2013. His work is featured in literary journals such as brief, Hue & Cry, Minarets, Otoliths and SPORT.