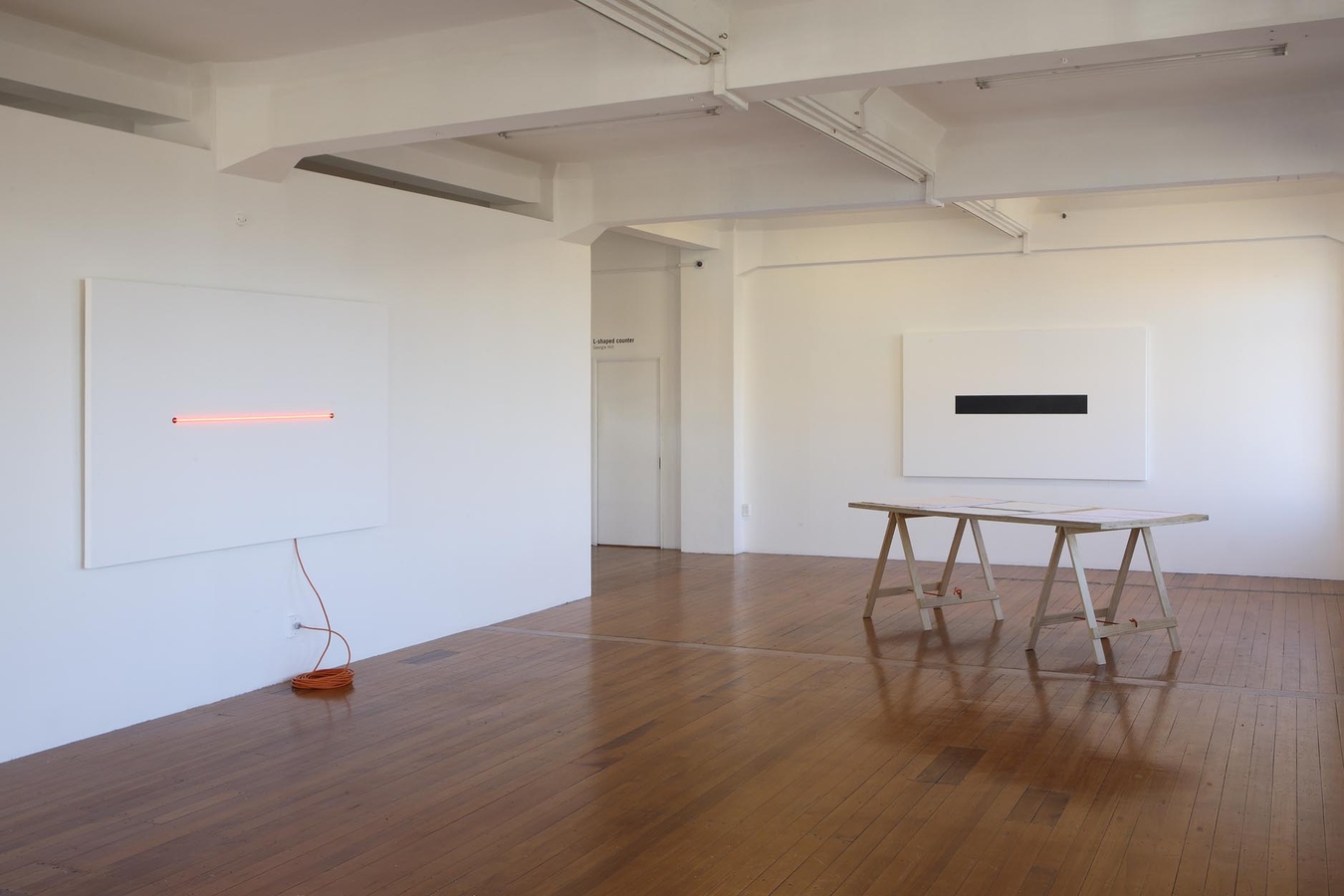 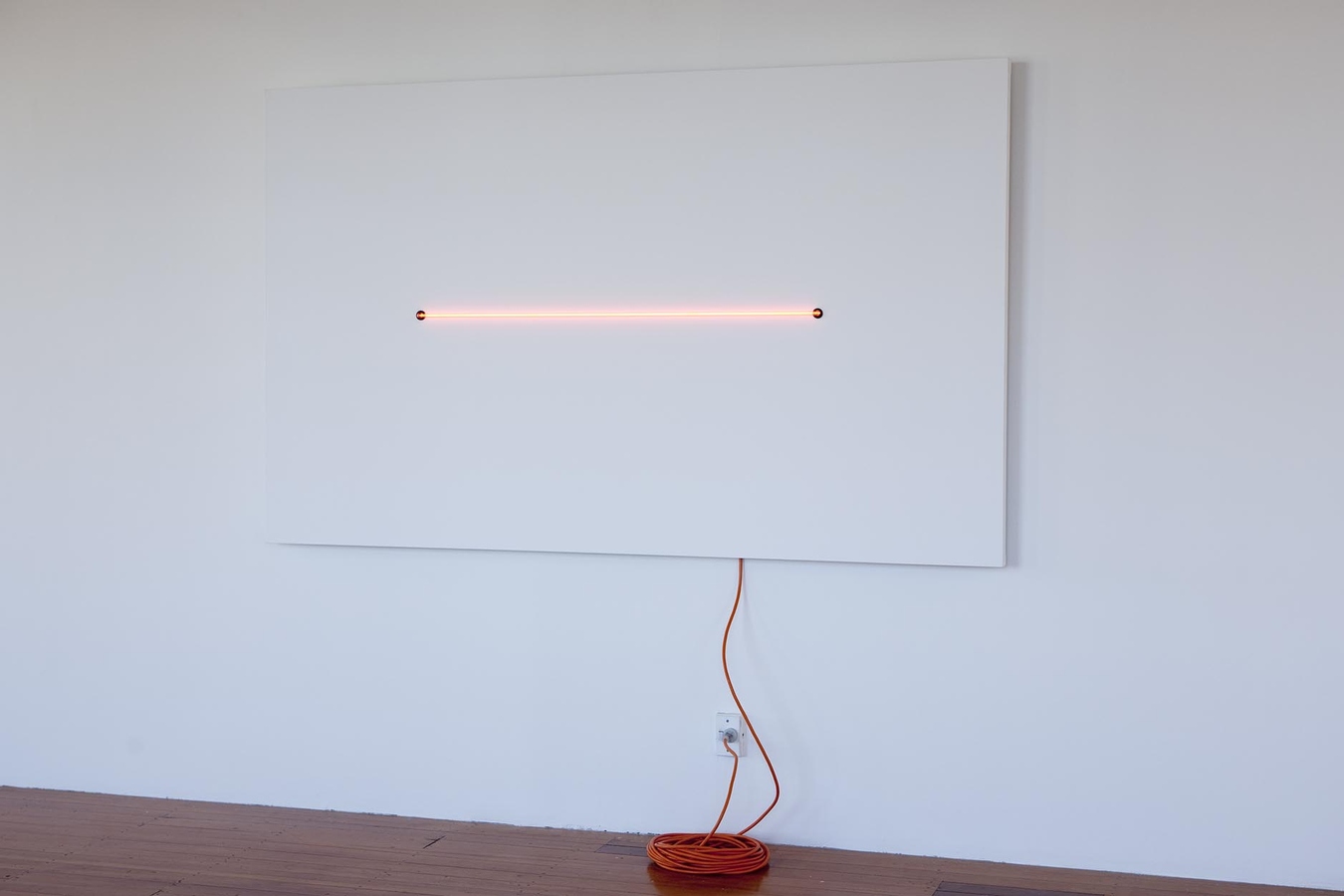 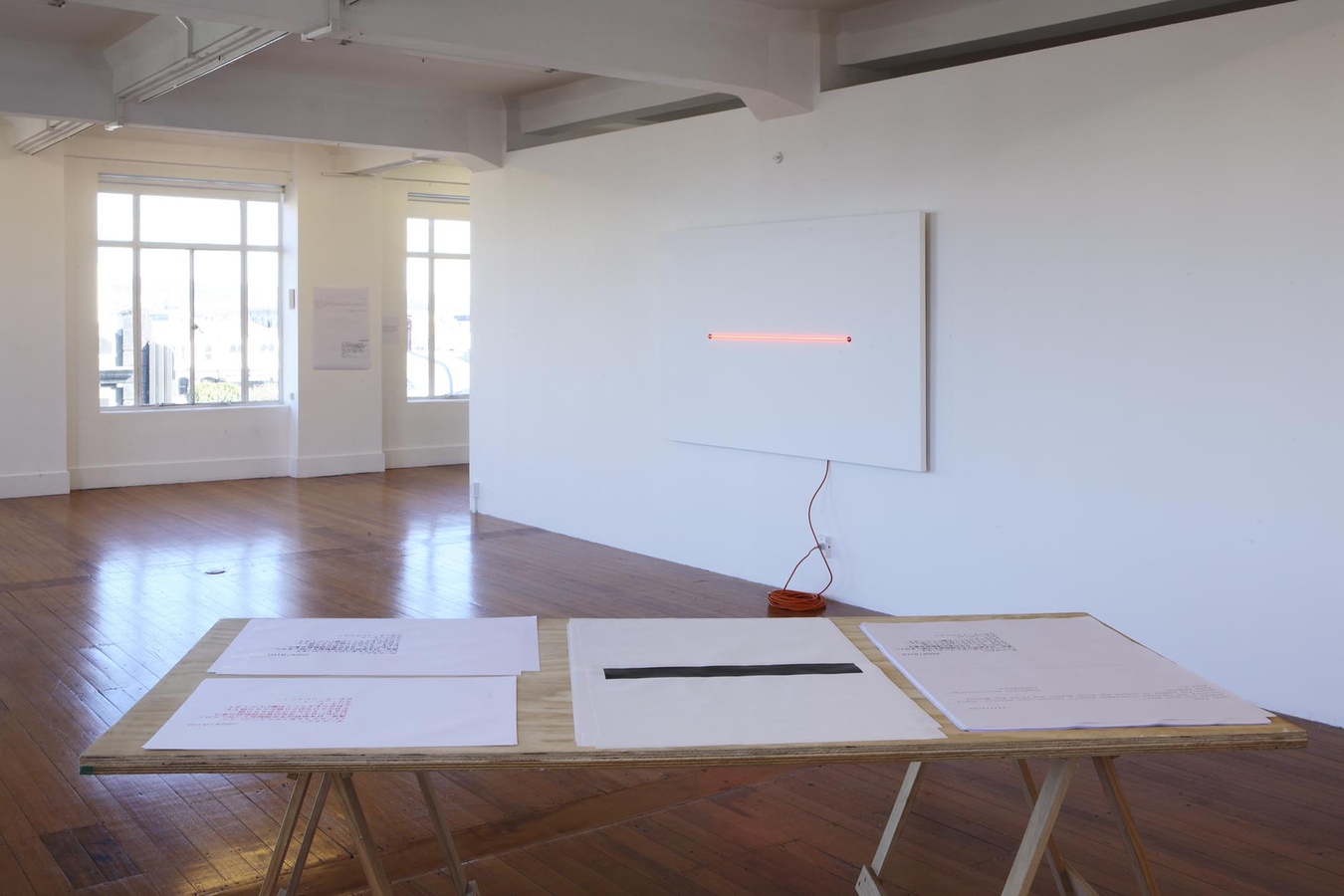 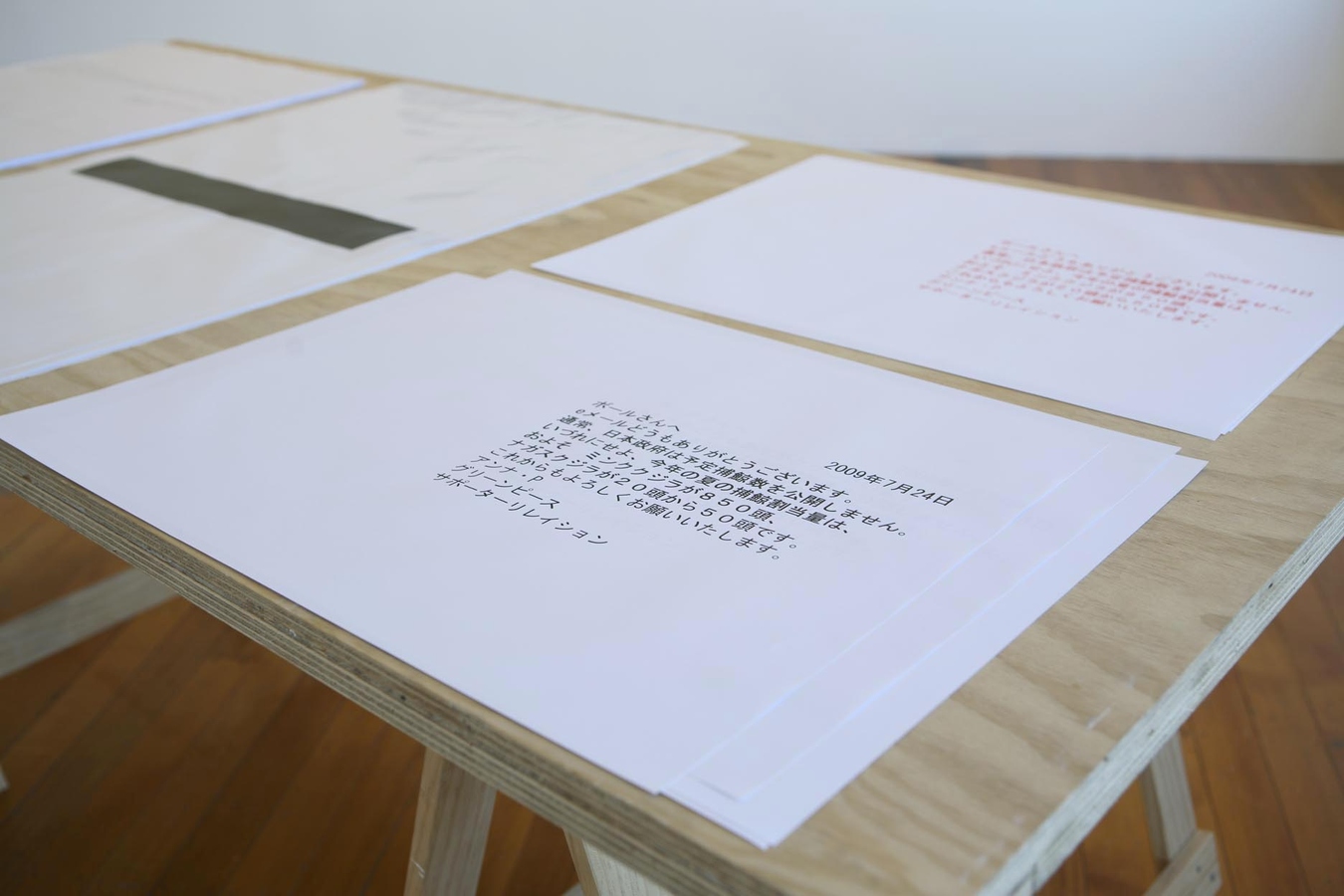 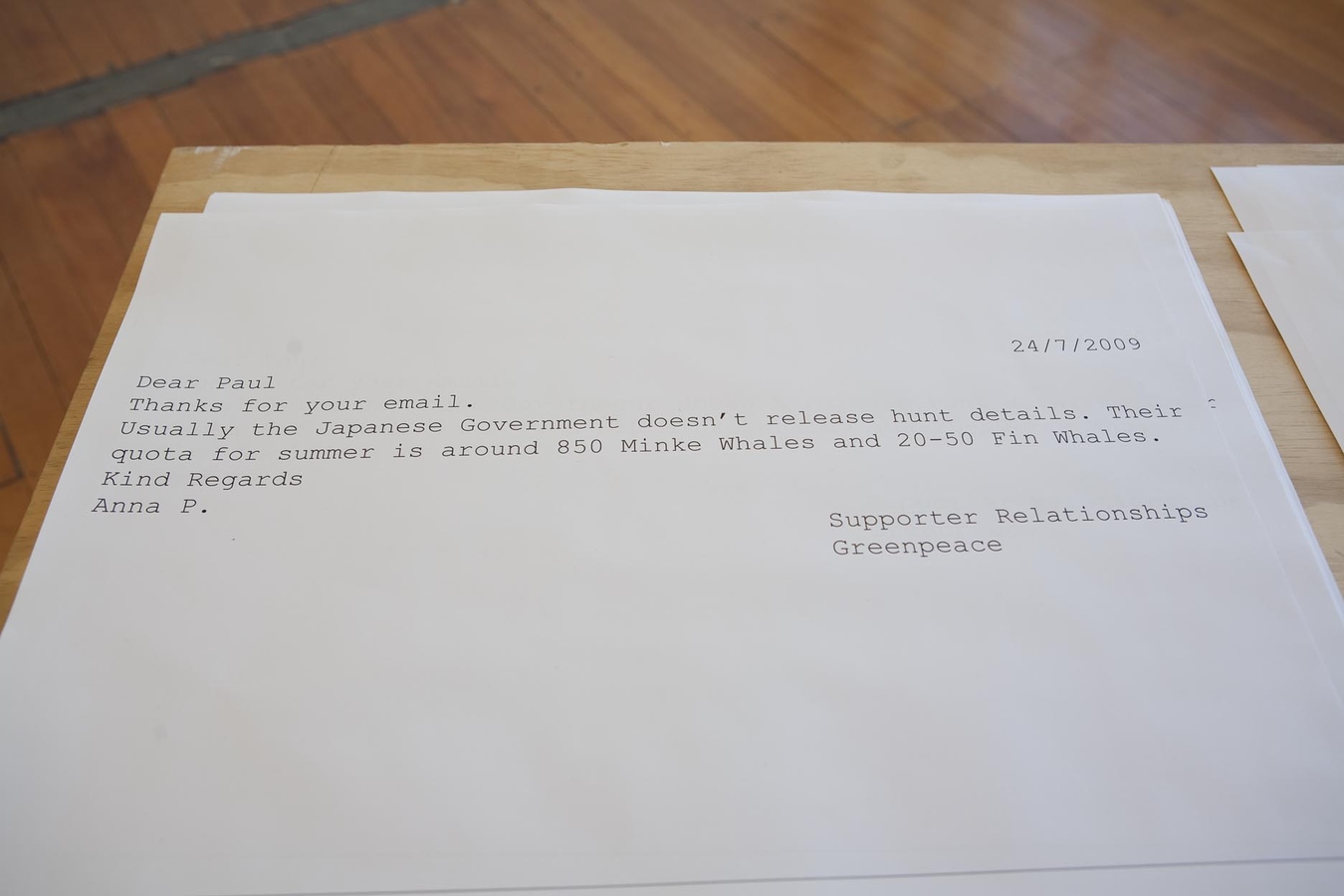 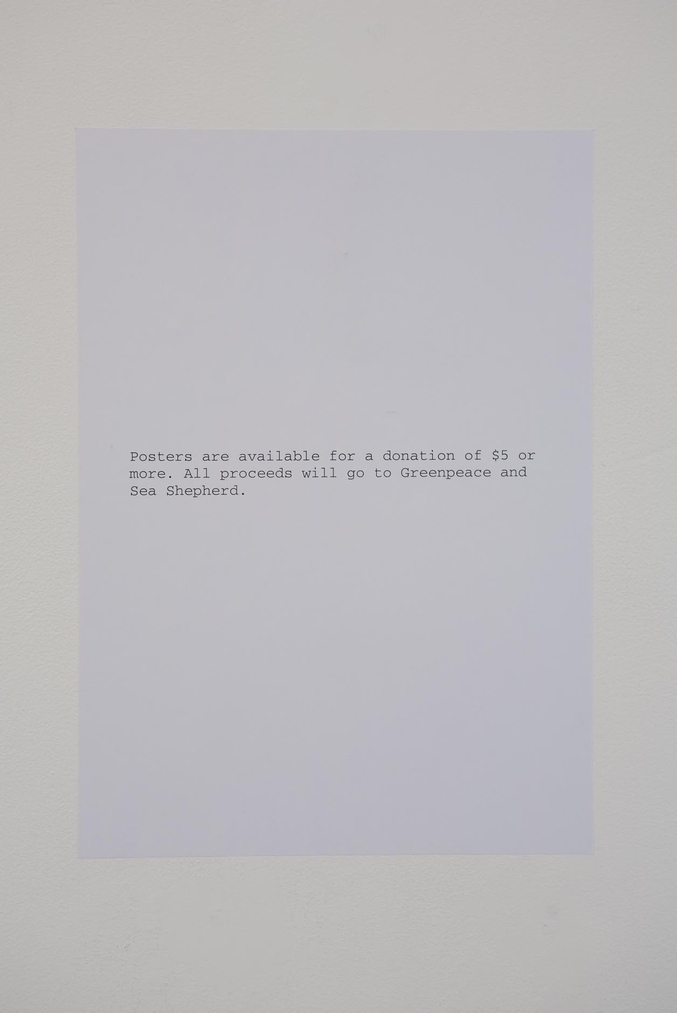 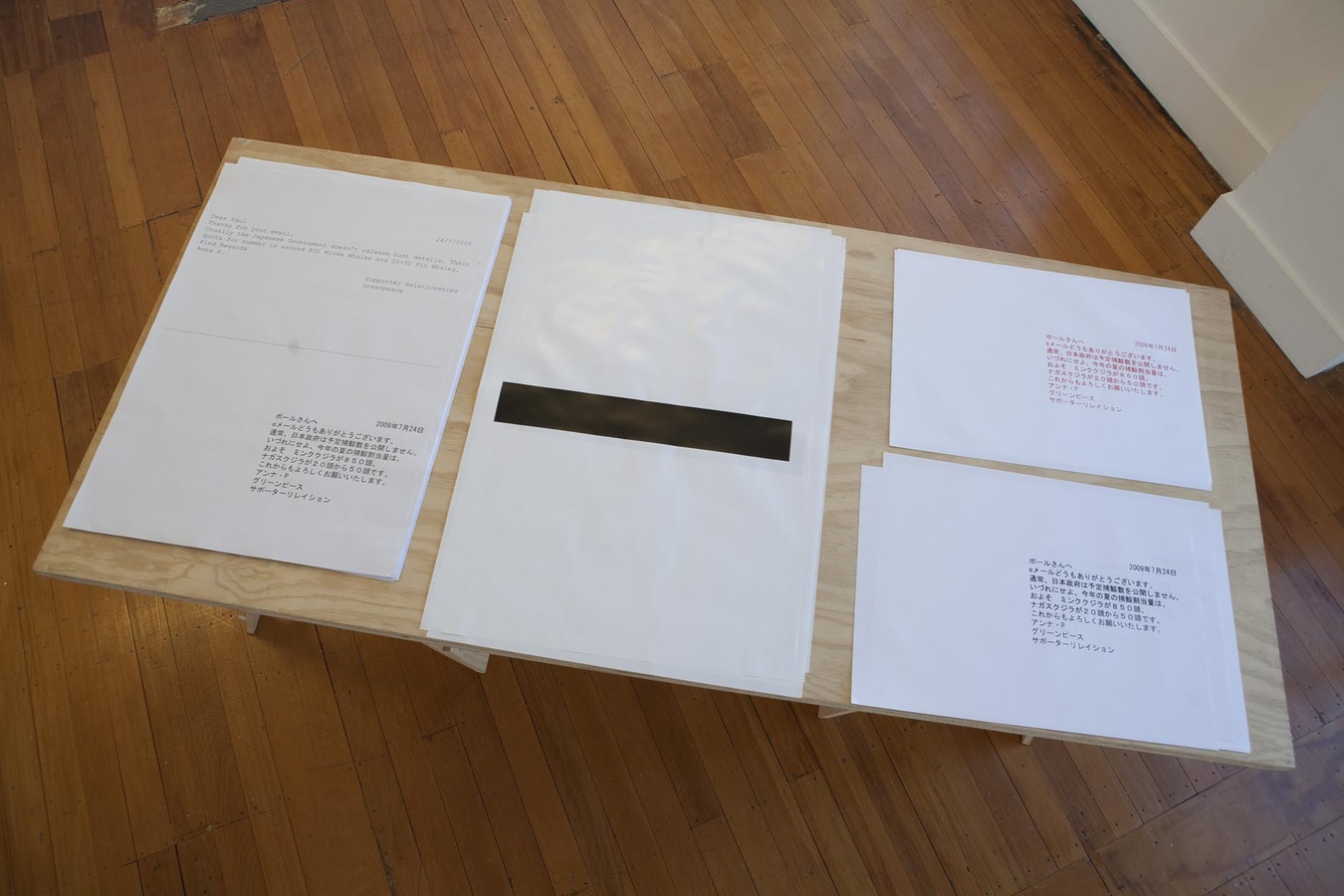 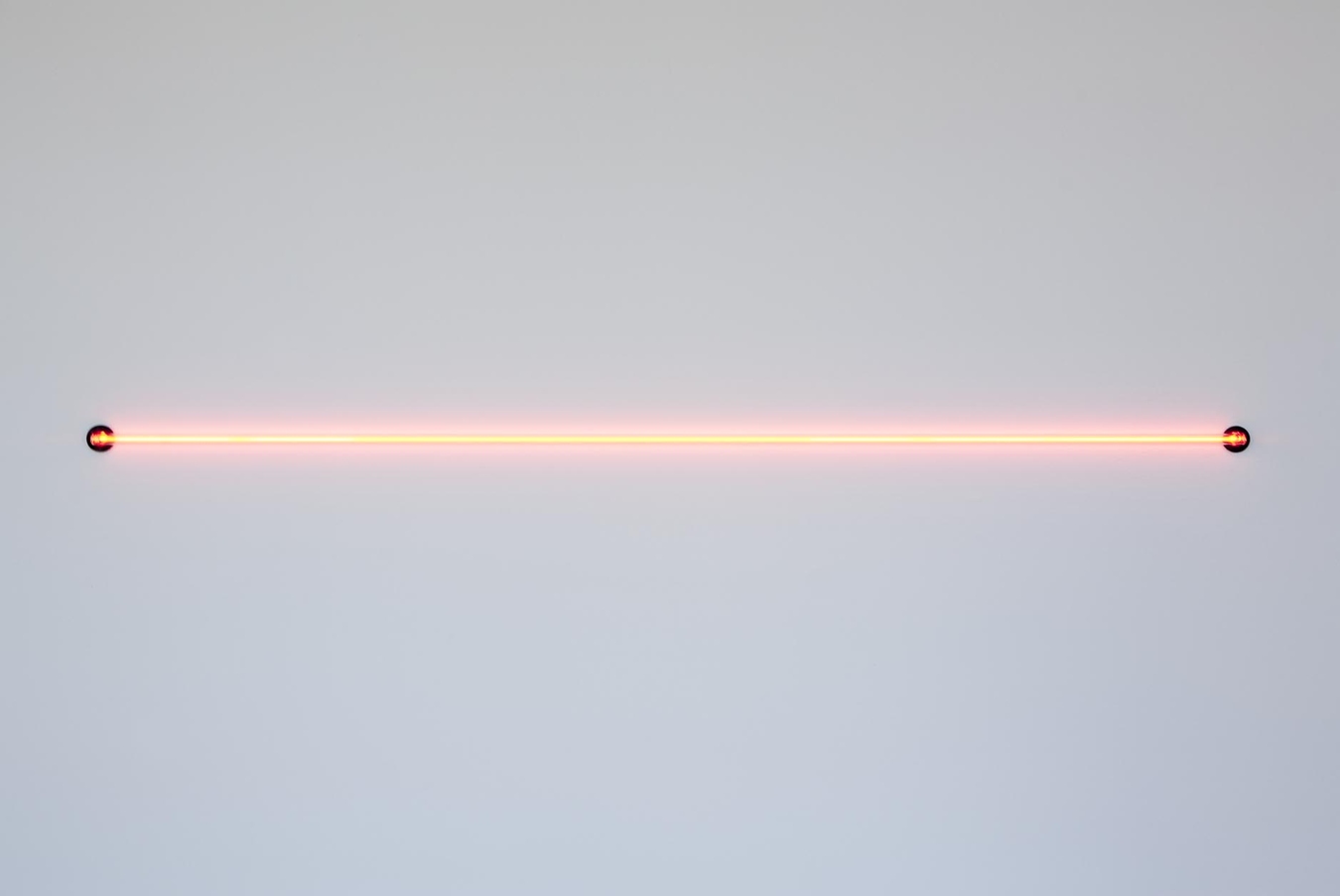 Like the “Dear John” letters of old, Johns’ project heralds bad news and grim times ahead. Indeed, whether respected as a matter for foreign policy and diplomacy to resolve, or as one that recommends direct action and intervention whenever possible, the issue of whaling in contemporary times stirs the blood in more ways than one.

Offering a formal platform for the presentation of art works that extend and endorse the work and perspectives of New Zealand artists, Paul Johns has commandeered The Physics Room’s mission and mandate in the service of a timely consciousness-raising exercise.

Within the gallery Johns has collated a formal arrangement of material motivated by the continued harvesting of whales for ‘scientific’ purposes. Some elements of the exhibition are available for sale, with all proceeds raised from these composite parts going directly to Greenpeace and Sea Shepherd. Additionally, over the next three weeks series of posters produced by Johns will hit the streets spreading his concerns beyond the gallery walls and inviting people to take a renewed stand, in whatever form that might be most significant for them.

Dear Paul… is an open hearted gesture, the outcome of which is unknown. It is a polite cry, a wake up call and potentially a call to arms.