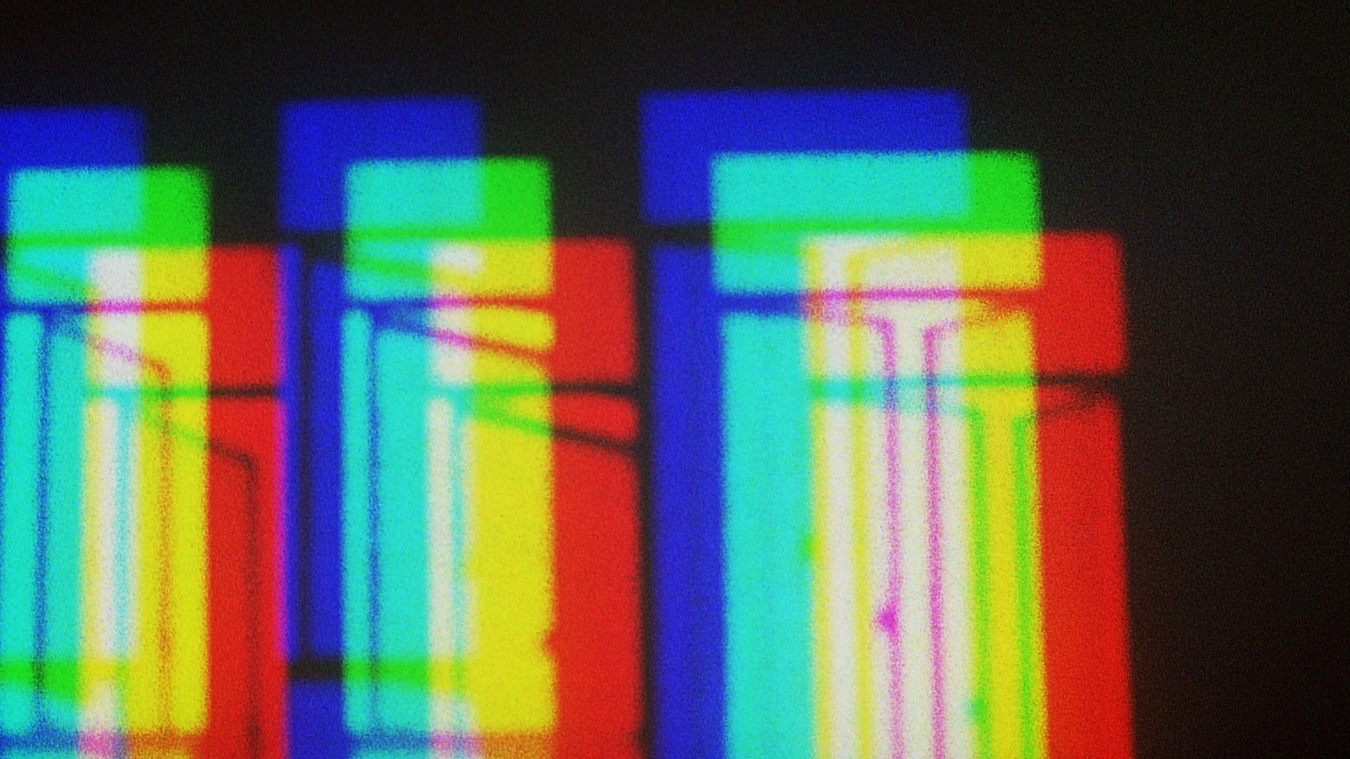 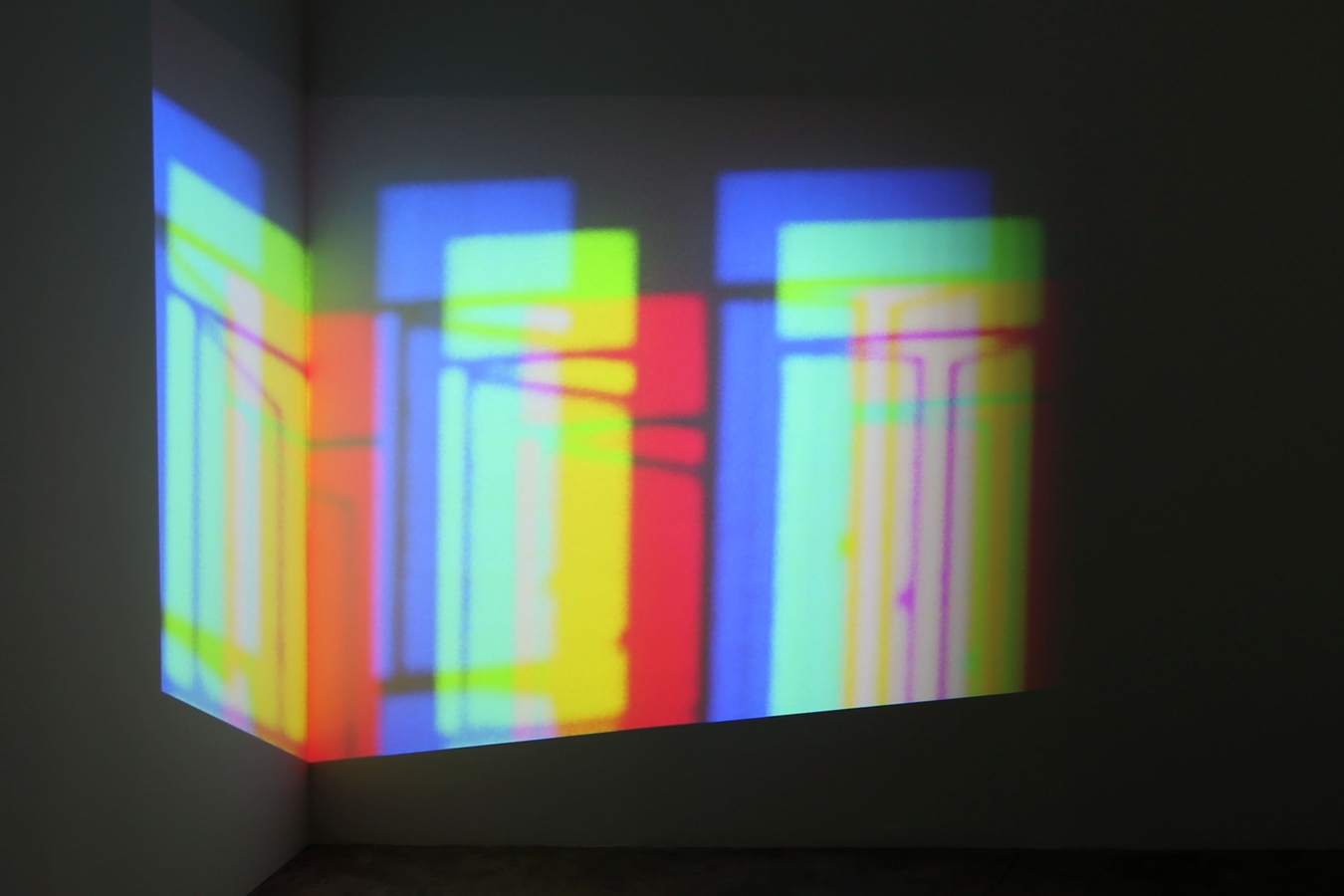 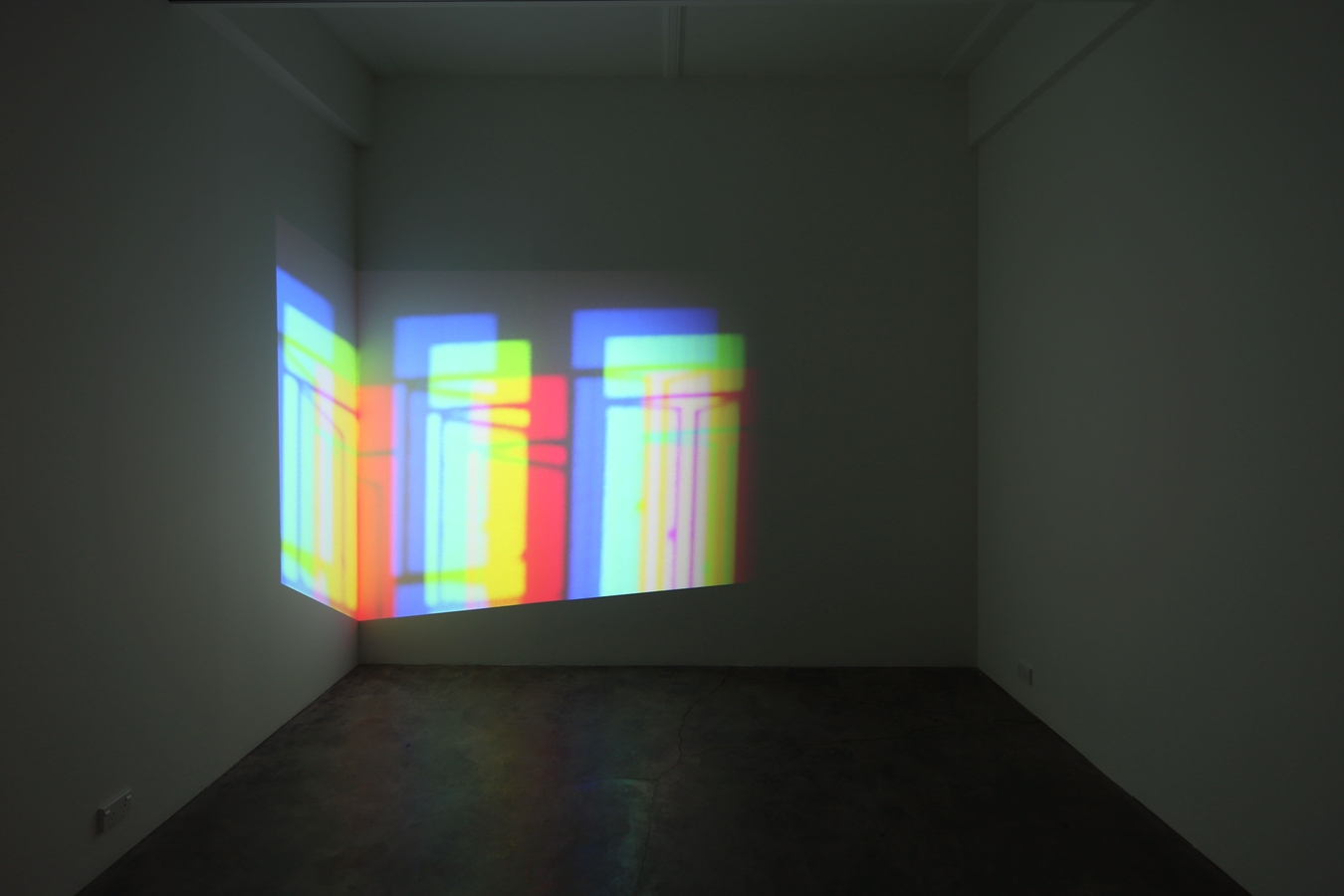 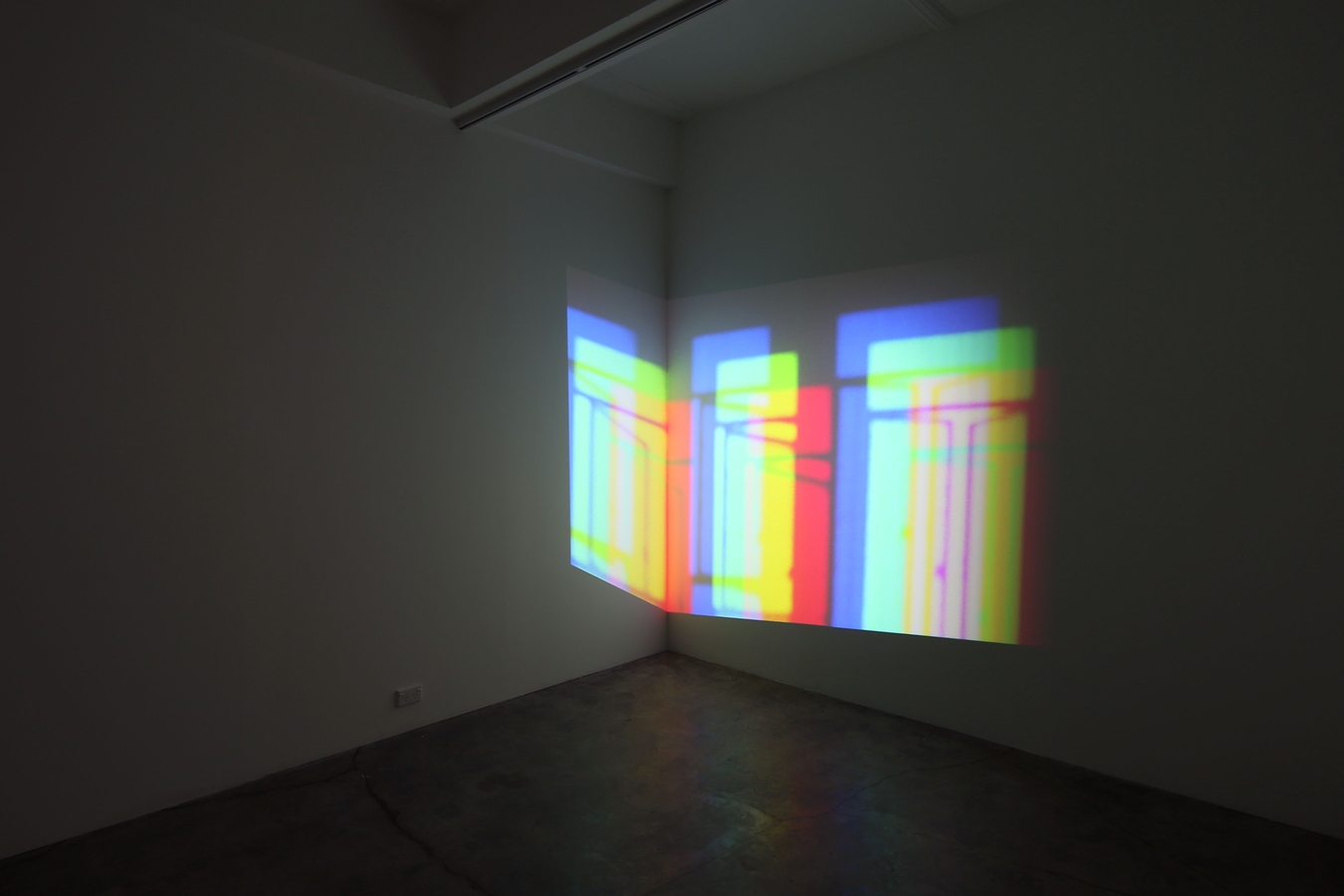 Exhibition Preview: Friday 5 May at 5.30pm

Surplus Reality draws on two distinct spaces of encounter: the space opened by mana wahine through the karanga in the pōwhiri and the warming up phase in psychodrama therapy where trust and rapport are established between participants. Both of these rituals function as temporal and spatial openings for the experience of wairua. Exploring the elemental and material qualities of these actions Paul echoes the korero of Rev. Māori Marsden, “Those with the powers and insight and perceptions (Matakite), perceived mauri as an aura of light and energy radiating from all animate life. It is now possible to photograph the mauri in living things.”*

Paul has taken the karanga as a moment of exchange, intent and connection and produced a vocal piece (performed by Olivia Webb) that calls the viewer into the space. Accompanying this sound work is the moving image element of Surplus Reality, which utilises three filters of red, green, and blue to create a technicolour effect. Taking the changing light of the interior spaces of The Physics Room as its subject, this work shifts chromatic registration to consider how a film can open up new ways of encountering the everyday.

Underpinning Paul’s practice is an interest in what constitutes a self-determined image. This question around self-determinacy and healing has led to research around the addiction programme that was implemented at Queen Mary Hospital in Hanmer Springs, North Canterbury and the complementary programme of psychodrama introduced by Dr. Robert Crawford, Superintendent from 1976 – 1991. Developed by Austrian-American psychiatrists Jacob L. Moreno and Zerka Moreno, psychodrama is a method of psychotherapy whereby participants are freed from ordinary conventions and constraints of their everyday reality in therapy sessions and encouraged to work with and in a 'Surplus Reality', in order to imagine new possibilities for themselves. The process of accessing and activating the imagination is crucial in psychodrama therapies and is considered vital for healing.

Surplus Reality is the first of two exhibitions of Paul’s work at The Physics Room in 2017. The second exhibition will occur in October and will further develop the lines of enquiry begun here.

Nova would like to thank Olivia Webb for her contribution to this project.

Nova Paul teaches studio moving image and art theory in the Visual Arts Department at AUT. Recent exhibitions and screenings include Props and Gesture (2017) at The Centre for Contemporary Photography, Melbourne, Te Wai o Te Ora in ‘All Lines Converge’ (2016) at the Govett-Brewster Art Gallery, New Plymouth, and Still Light (2015) shown at London Film Festival Festival, Rotterdam International Film Festival, and Haus der Kulturen der Welt, Berlin (2016). Her film-making practice draws from early cinema, experimental film histories and fourth wave film discourse to consider the poetics and politics of place, self-determinacy and the image and the role of story telling in talking back to neo-liberal hegemonies. Nova Paul is of Te Uriroroi and Te Parawhau /Ngāpuhi descent. She lives in Tāmaki Makaurau / Auckland.