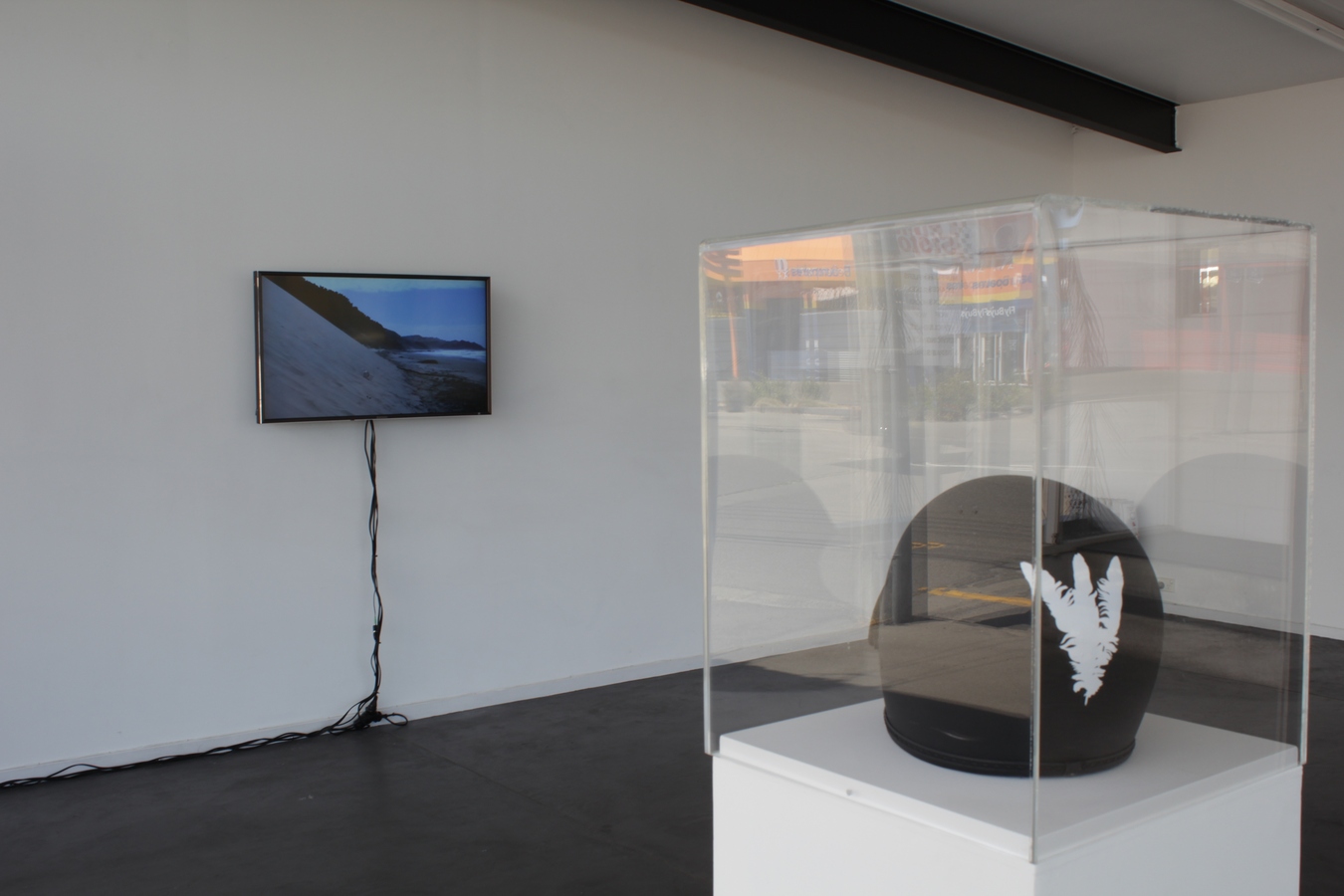 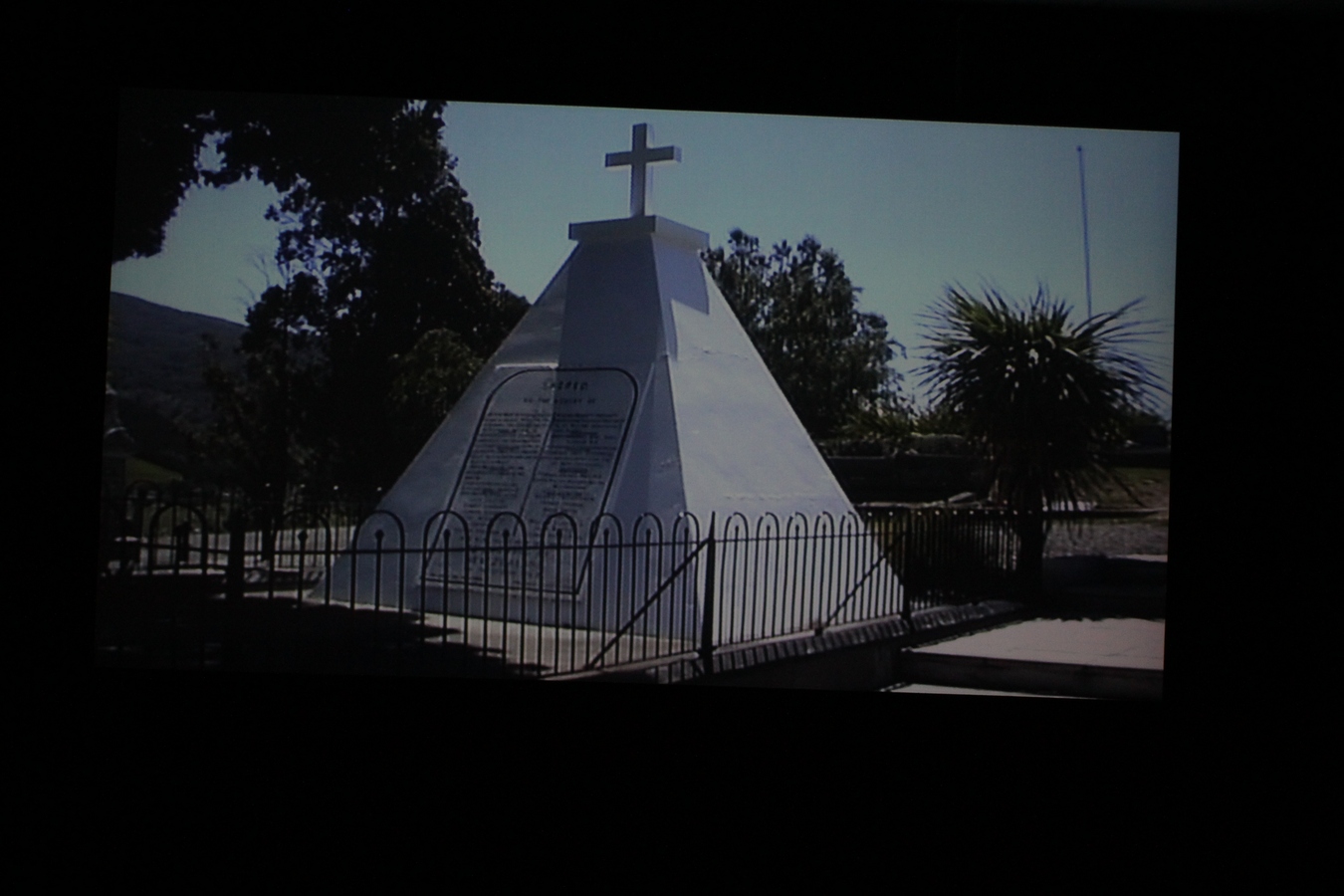 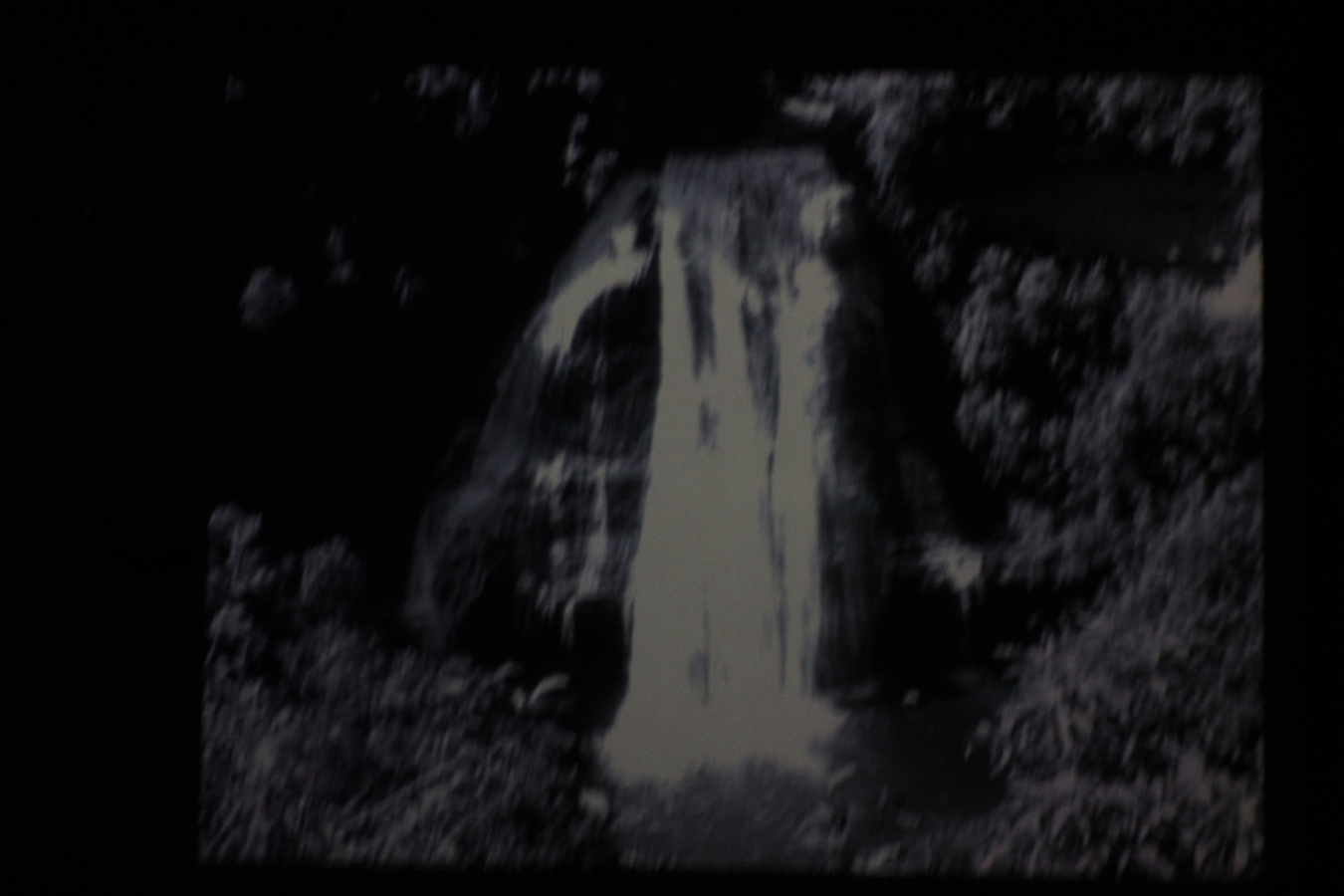 Recessional is a series of stationary shots that depicts 61 publicly accessible battle sites. Often unmarked or neglected, this record of places where Maori and the crown once fought and where life was lost, avoids any sense of nostalgia. Instead, these sites are captured somewhat unceremoniously, echoing the lack of reverence we have for aspects of our history.

U.D.N.R.A features seven waterfalls from Urewera National Park, an area once known as the Urewera District Native Reserve, on the edge of Lake Waikaremoana and in the heart of Tūhoe country. An area relevant to more contemporary political events as well, the serene beauty of this work belies the injustices that have occurred in this region.

Unlike the other works, Weeping Waters includes a lone figure undertaking an endurance performance in a foreshore setting. Wearing a black motorcycle helmet that is adorned with the Raukura symbol, three albatross feathers used to signify peace and associated with the prophets Te Whiti O Rongomai and Tohu Kakahi of Parihaka, the figure characterises patience and resolve as he persists with an unrelenting physical activity. The performance was conducted on the 100th anniversary of the passing of Te Whiti and is a reflection on this particular history as well as our personal struggles that have no end.

Bringing these three works together, Hewitt highlights the continued relevance of our histories for understanding the complicated relationships between peoples and how these are situated within this land. Addressing somber or serious issues, there is also an element of hope and even humour to Hewitt’s practice as he brings these stories to light.