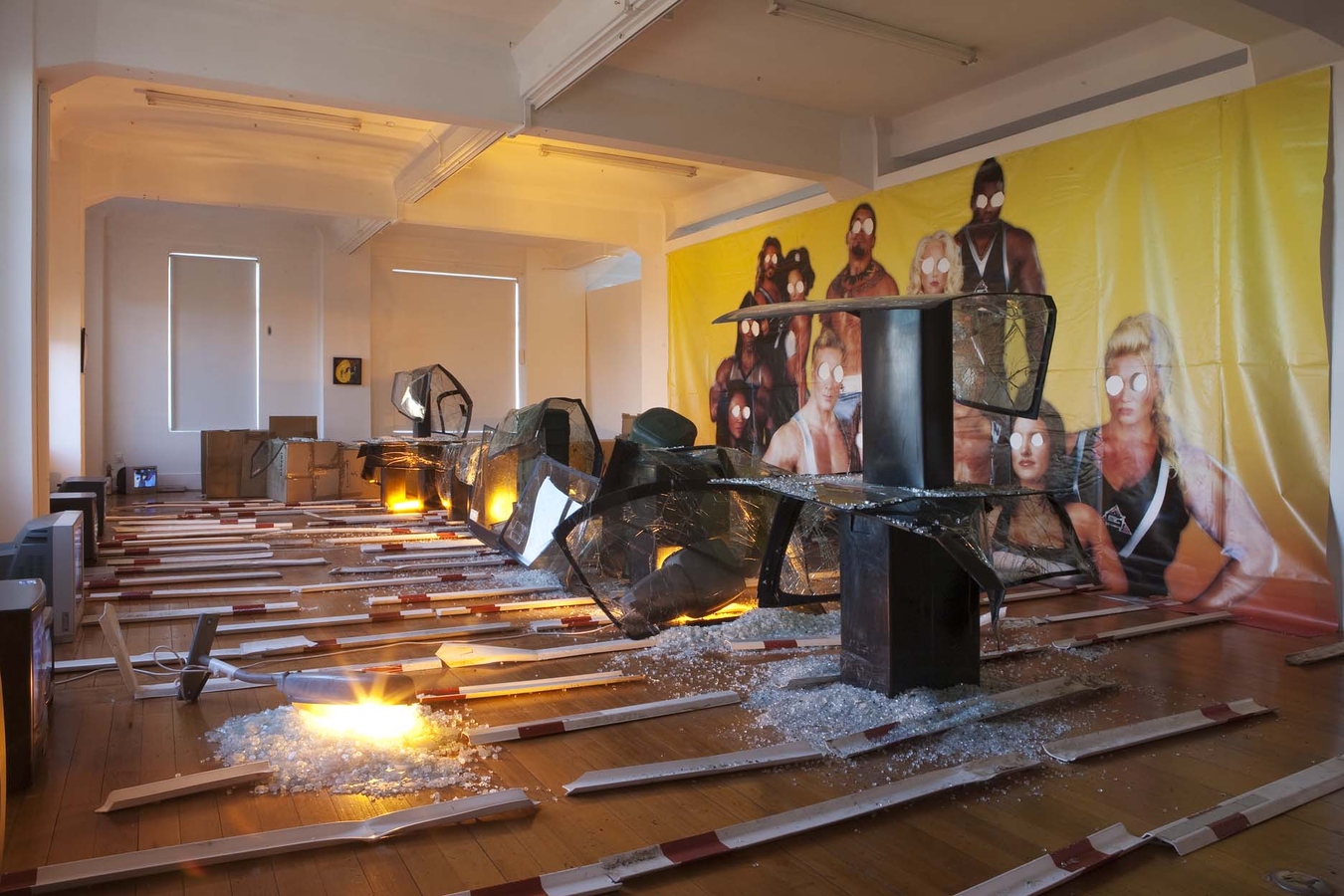 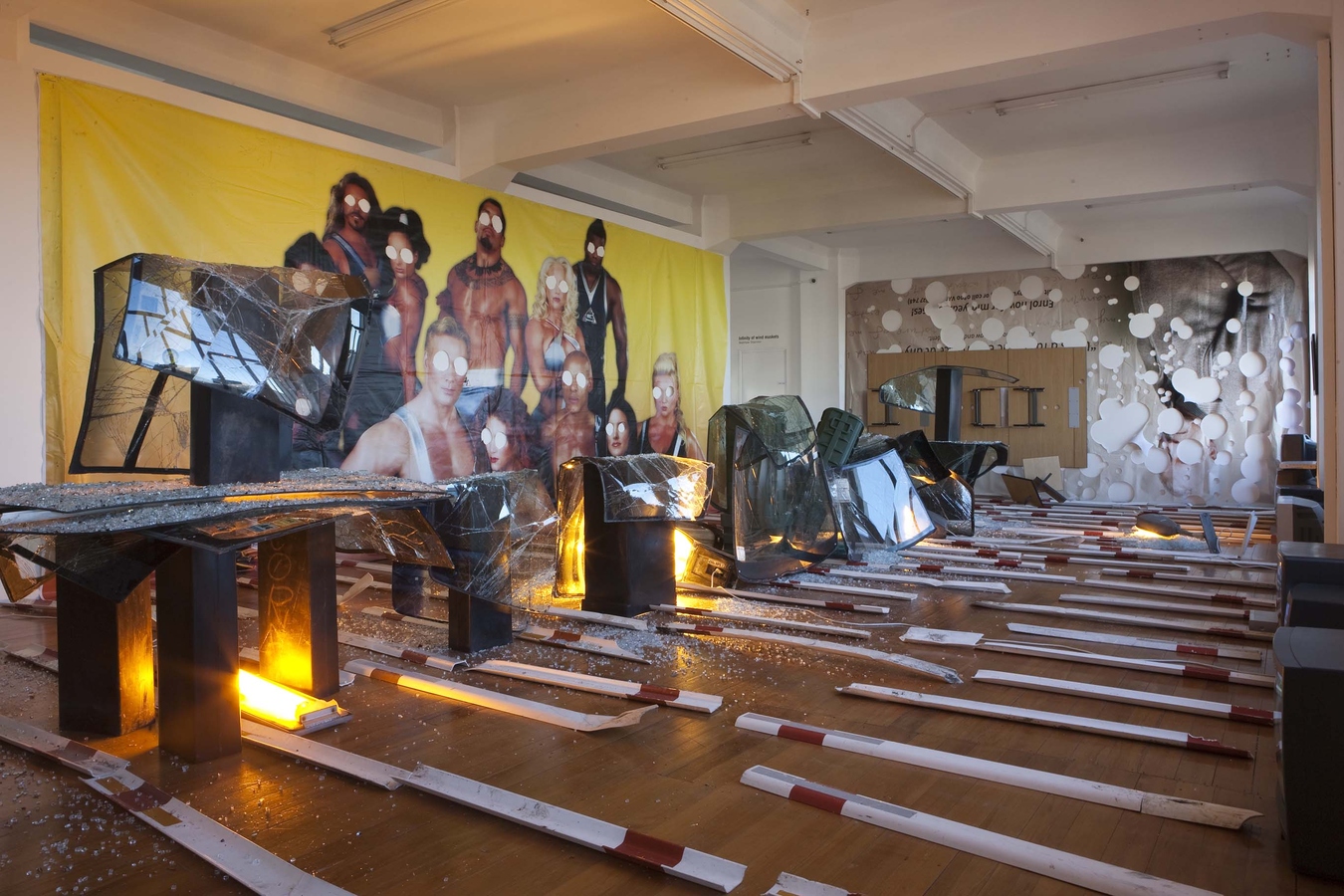 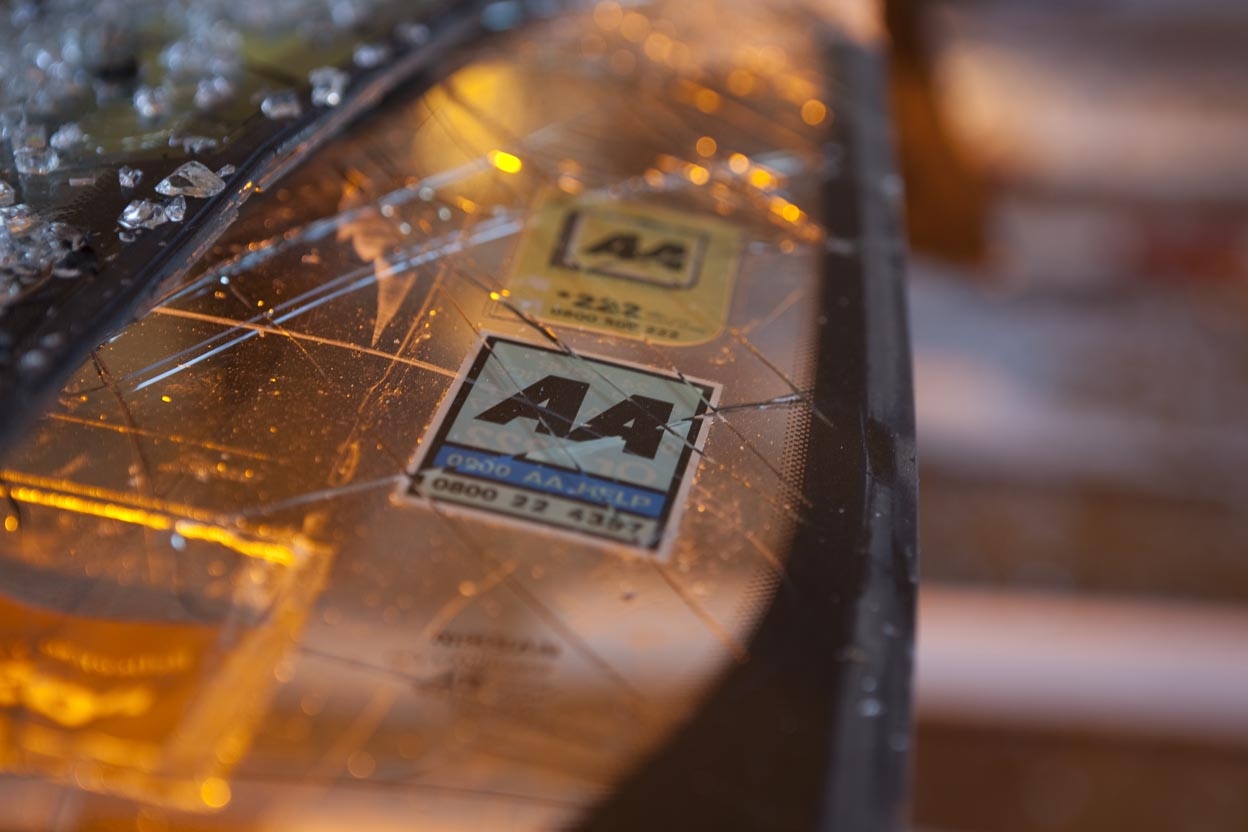 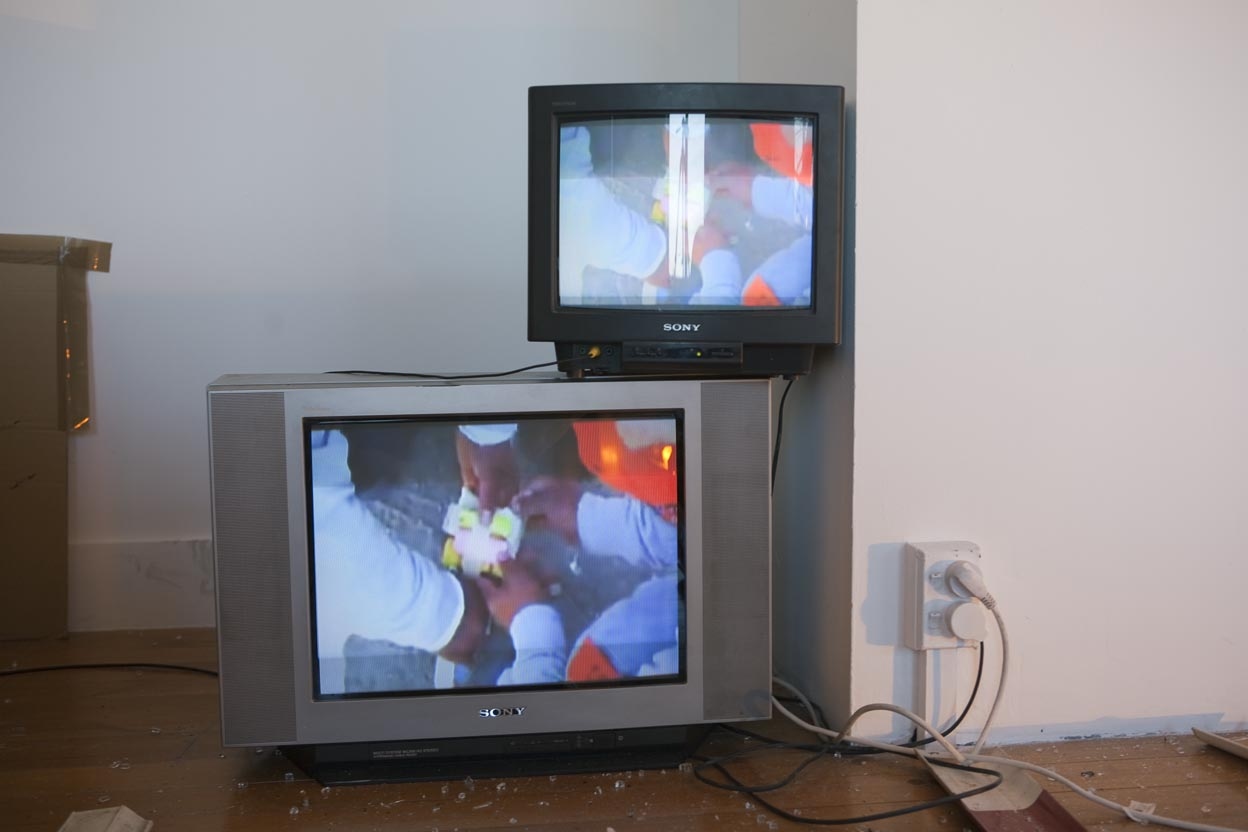 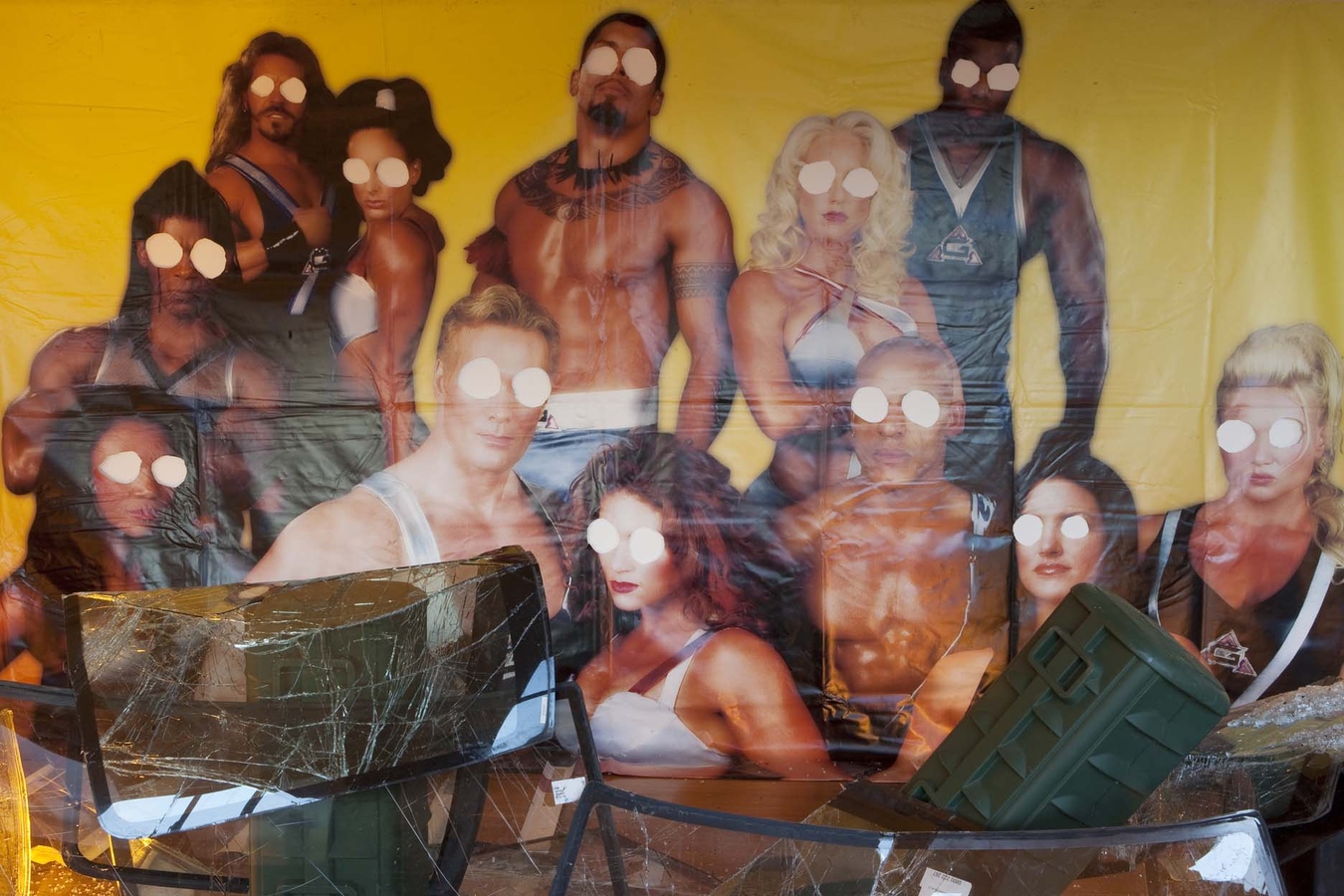 Tunnelling in amongst the received and symbolic order of things, Rob Hood’s exhibition for The Physics Room taps into and intuitively remixes elements of a range of his previous projects as well as interpolating newly salvaged materials.

With myriad associations intersecting within the space, Hood has assembled and amplified a mire of not-quite-everyday influences and experiences. As a result Wrecked Pathological Stimulus Soap Rotational Vacuum Idle Earth Manifold Detergent Runtime Dada Glue churns within the gallery, camping out for the duration within a chaotic but associatively fertile space.

Continuing to pursue a burlesque dialogue with the art of Walter de Maria, Yves Klein and elements of pulp fiction, Hood has turned to his own biographical roots for inspiration. Referencing and processing such disparate bodies of knowledge and agency as Fluxus, capitalism, constructivism, futurism, socialism, astrophysics, environmentalism, conceptualism and atheism…Hood collects and filters a variety of popular cultural tropes and manipulates the skins that cloak them within the mass media.

Collapsing the boundaries of various cultural terrains by channeling, layering and perforating their surfaces, broken windscreens, punctured posters and repetitively pierced billboard skins complicate and evaporate our experiences of acculturated space. Whether read as the outcome of unfettered formal impulses or as a porous and chaotic arrangement of the found objects that must be processed and sutured into contemporary subjectivity each day, Hood’s humorous delinquency is both wide-ranging and compelling.

Hood was born in 1974, Dar es Salaam, Tanzania. He has a BFA from the School of Fine Arts, University of Canterbury, and was the Olivia Spencer Bower Fellow in 2008. He is represented by Jonathan Smart Gallery, Christchurch, New Zealand.