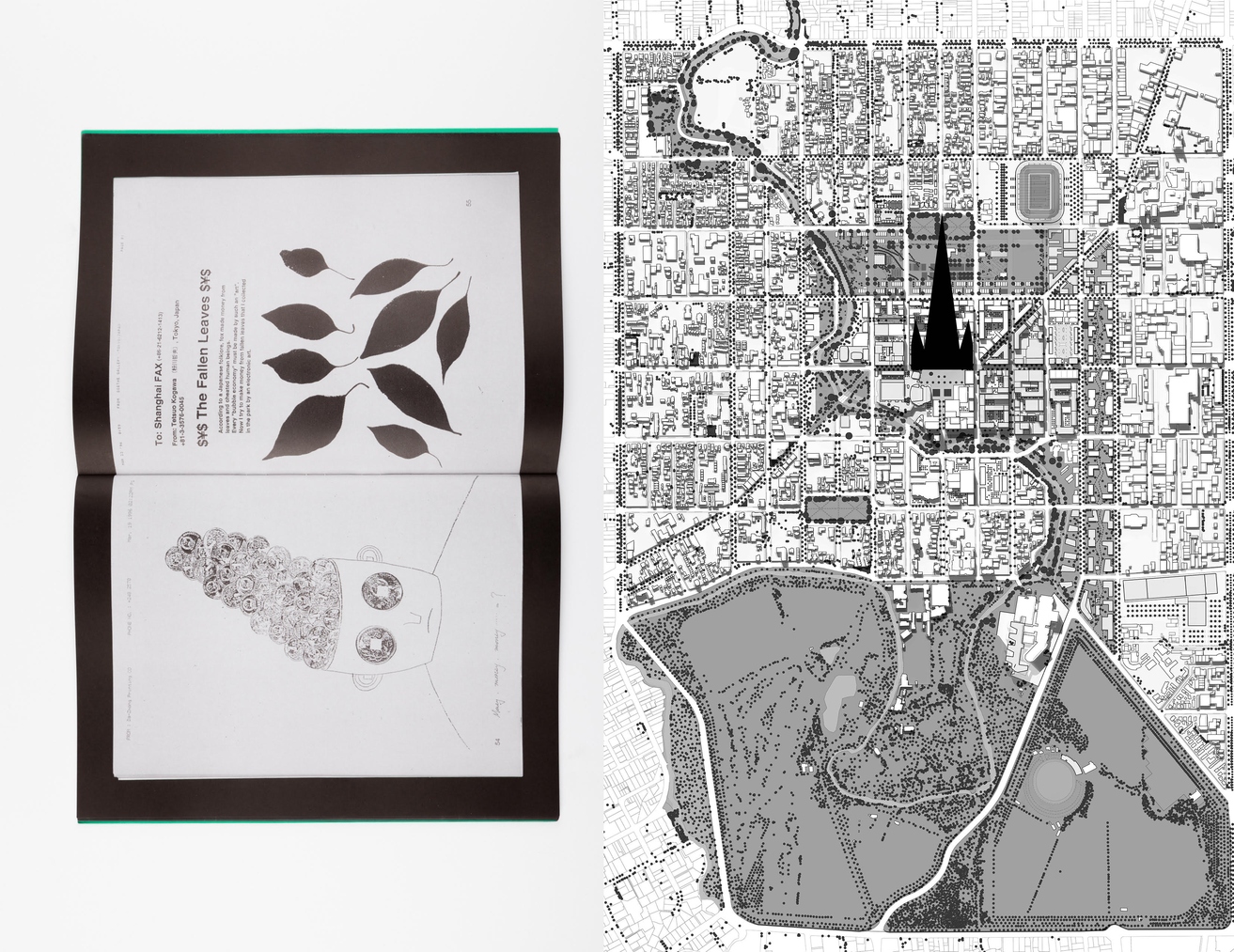 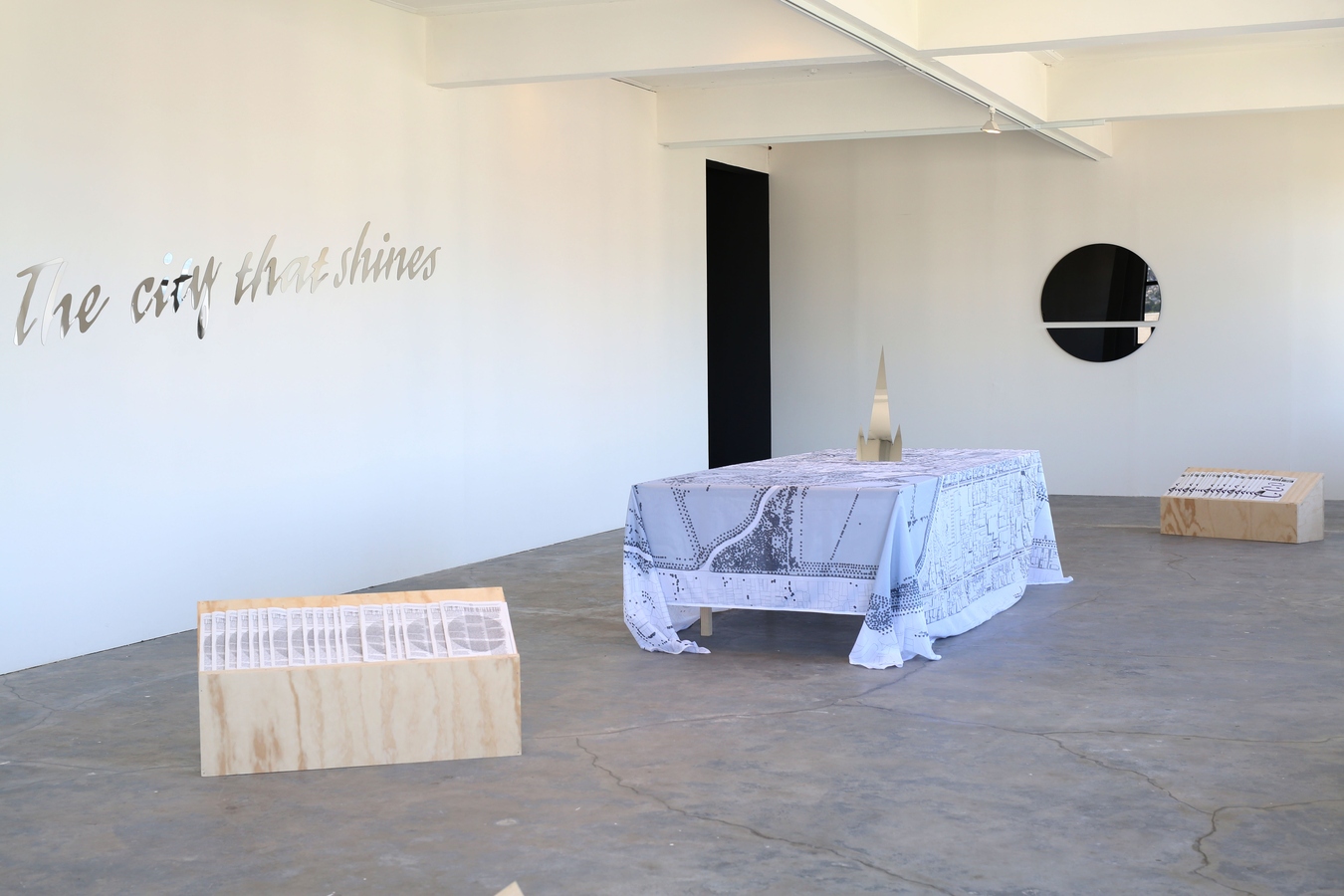 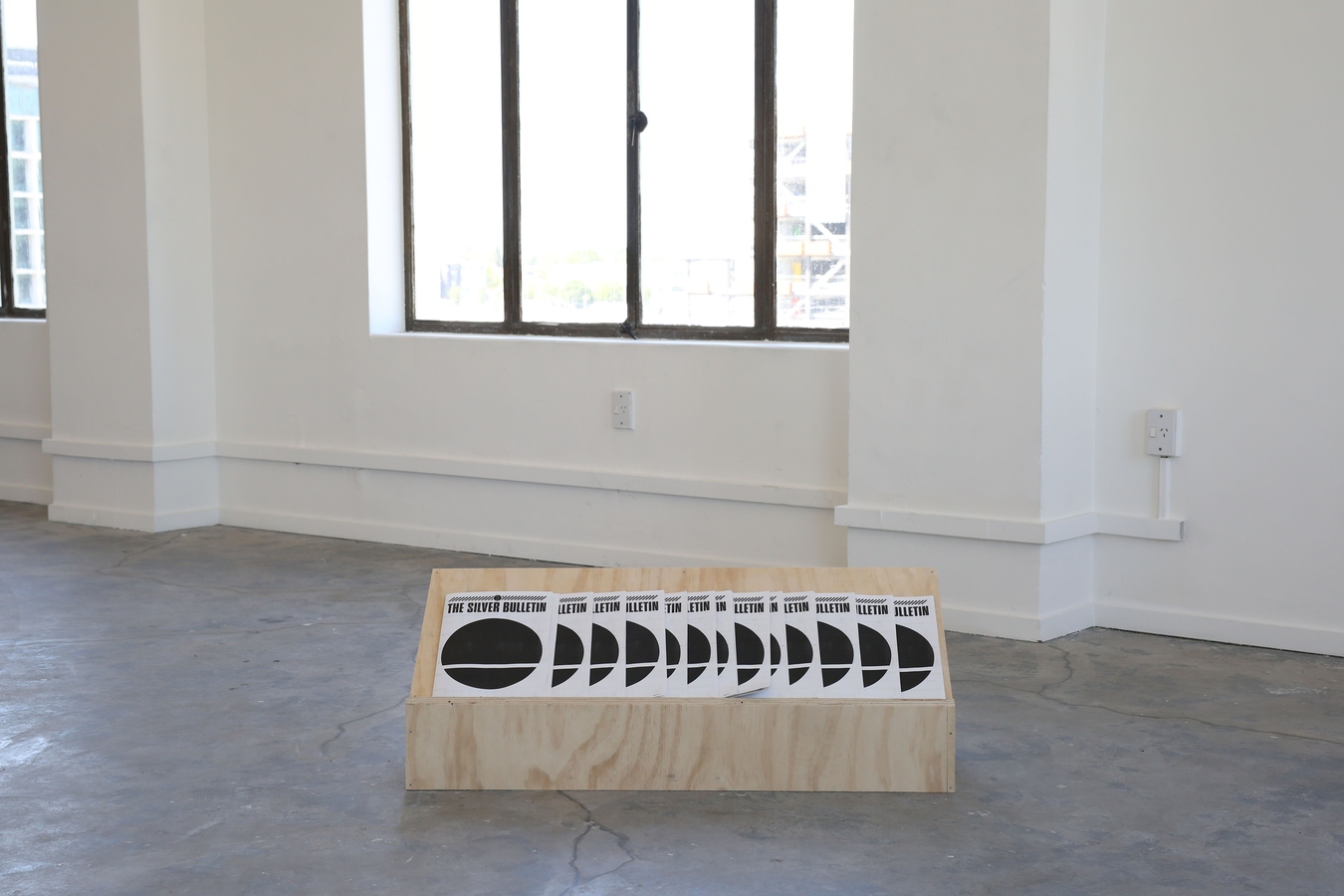 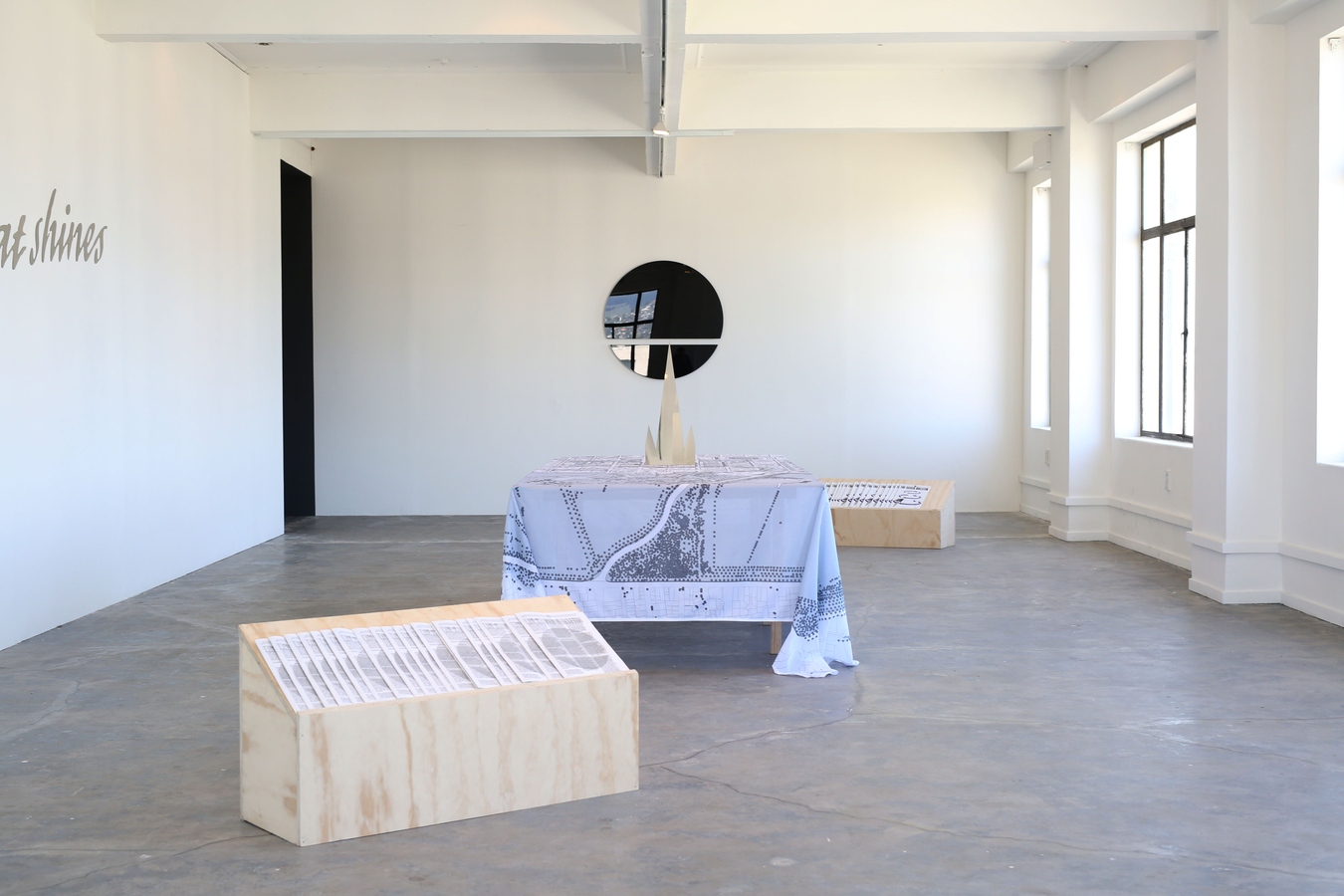 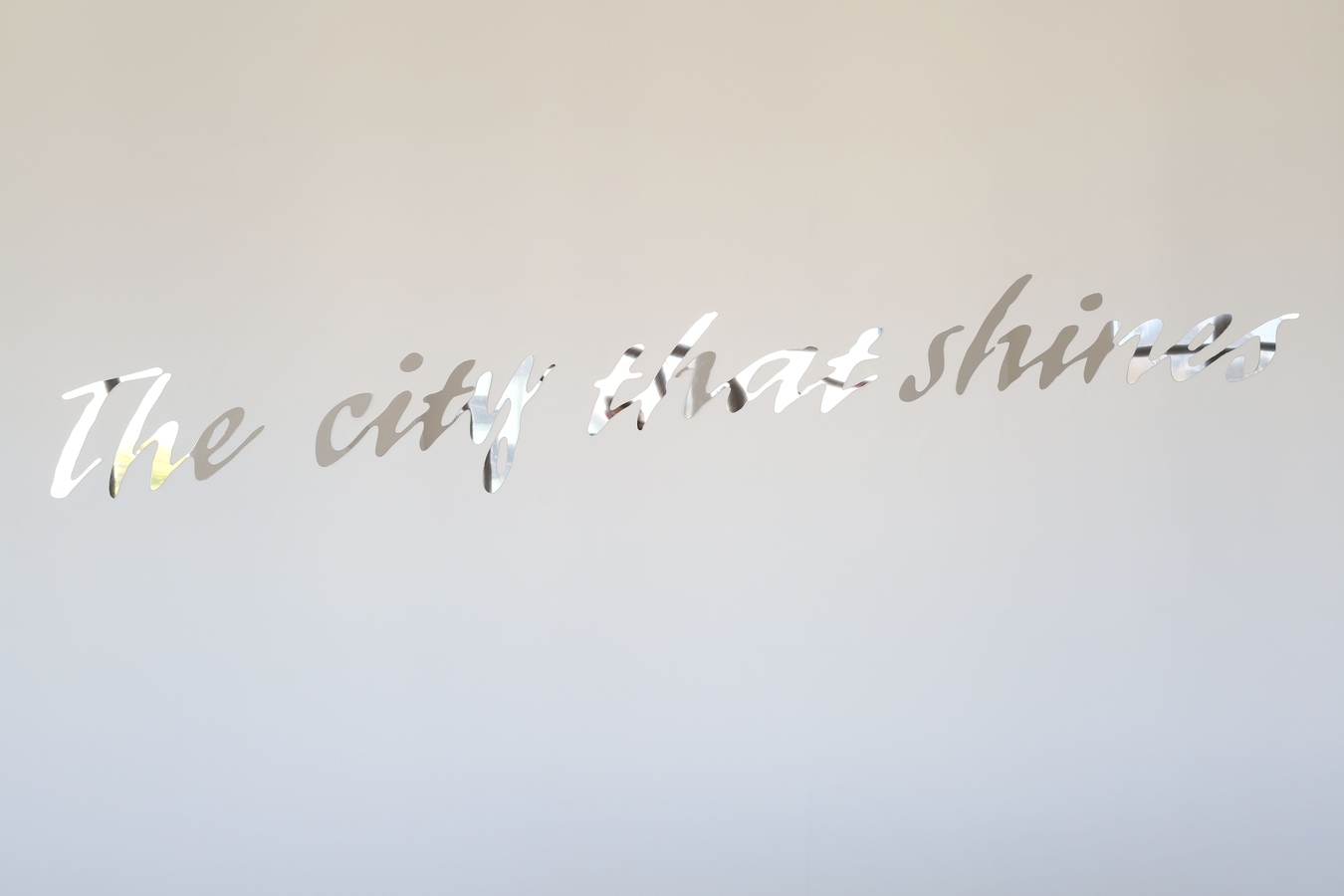 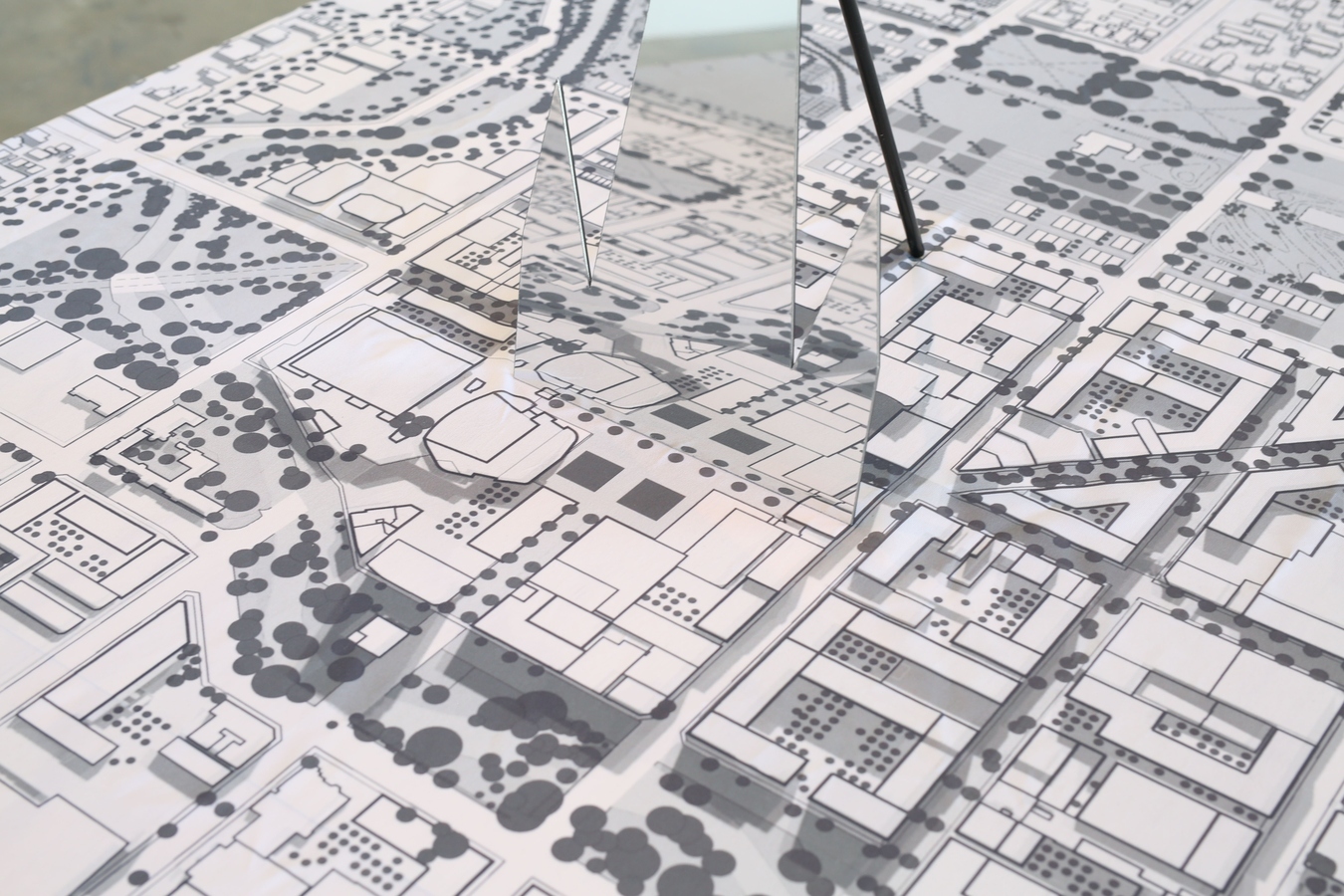 Matthew Galloway, Out of the Shadows (detail), 2016, map derived from the CCDU Blueprint, designed by Warren and Mahoney for the Christchurch City Council in 2012. Image: Daegan Wells. 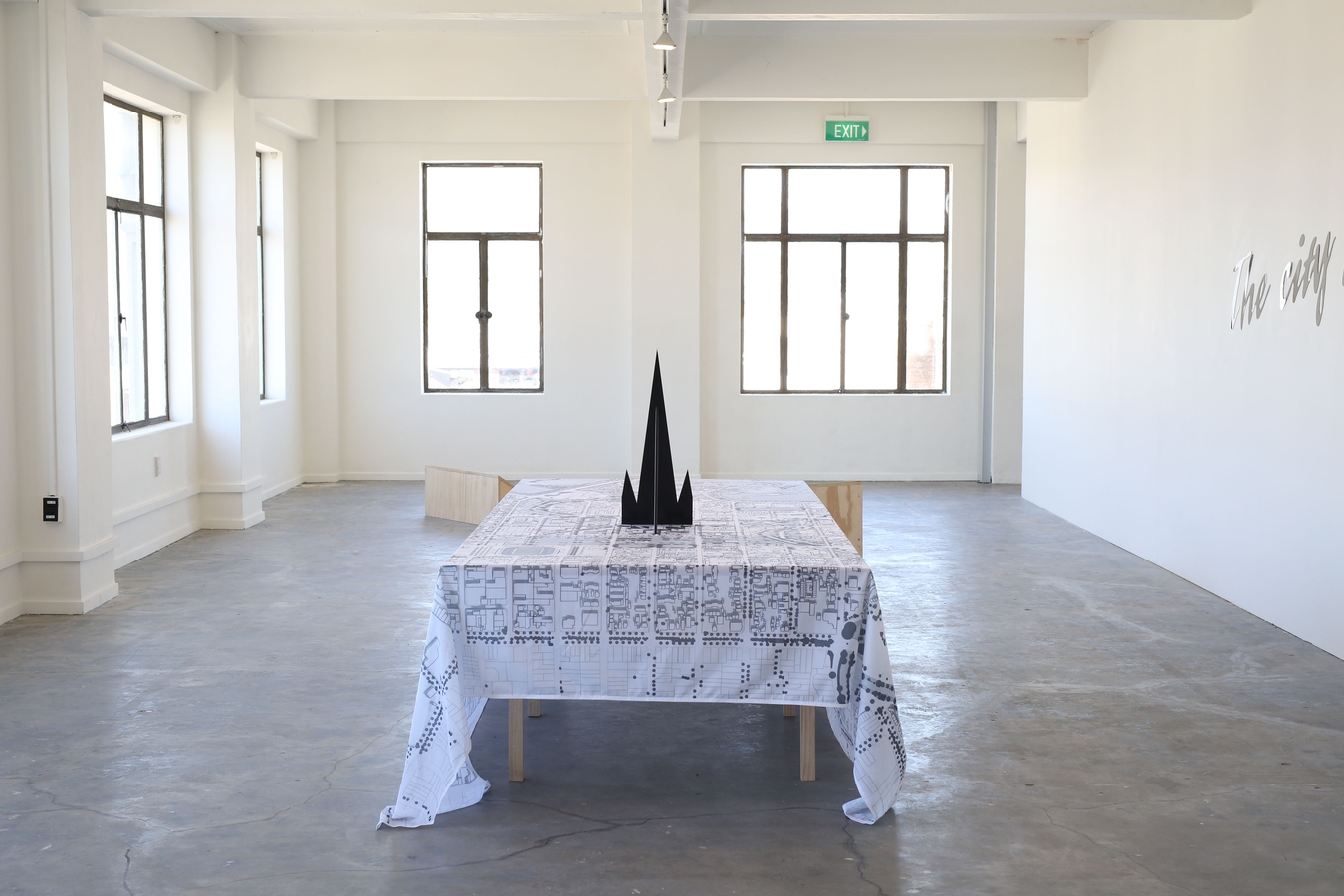 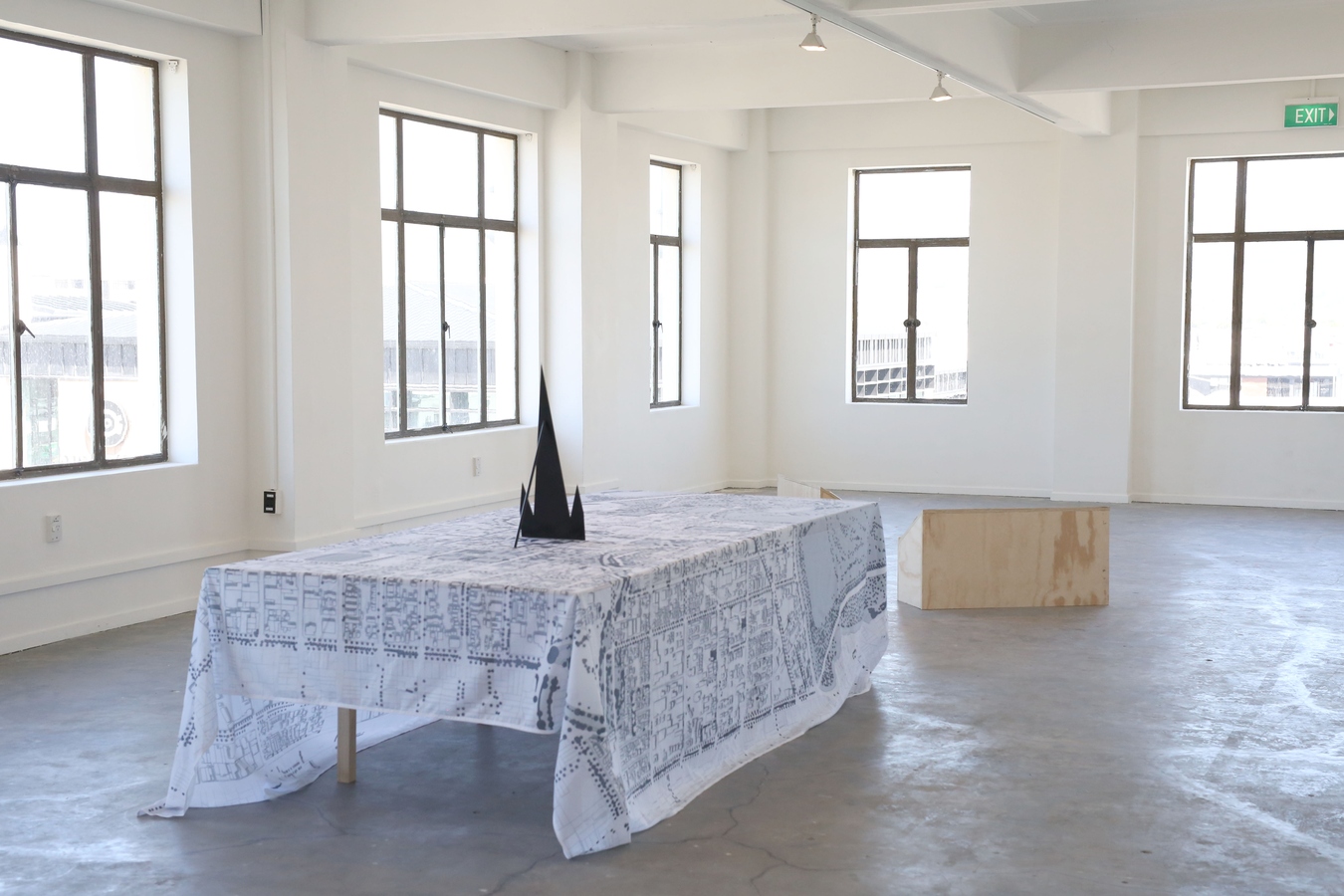 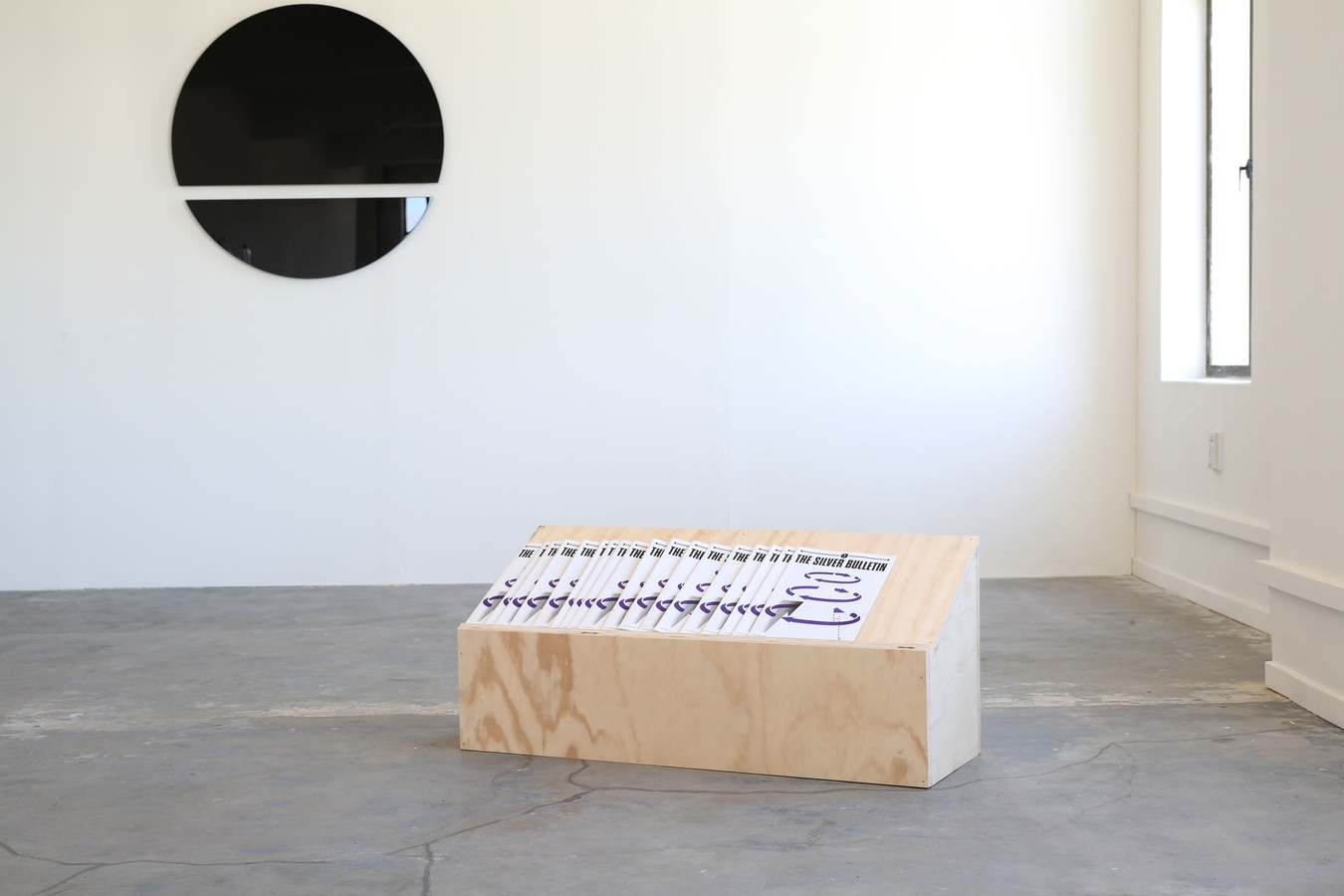 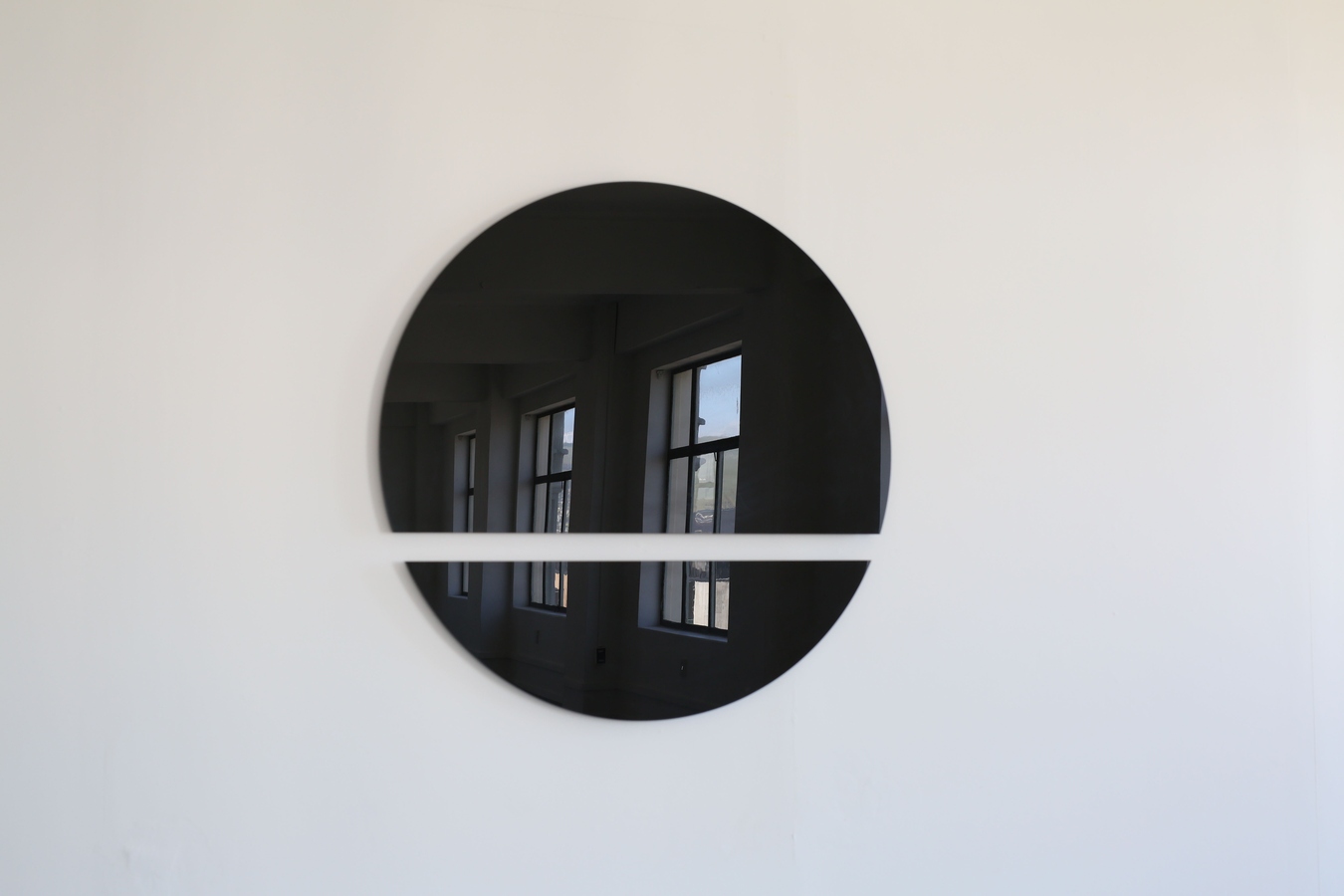 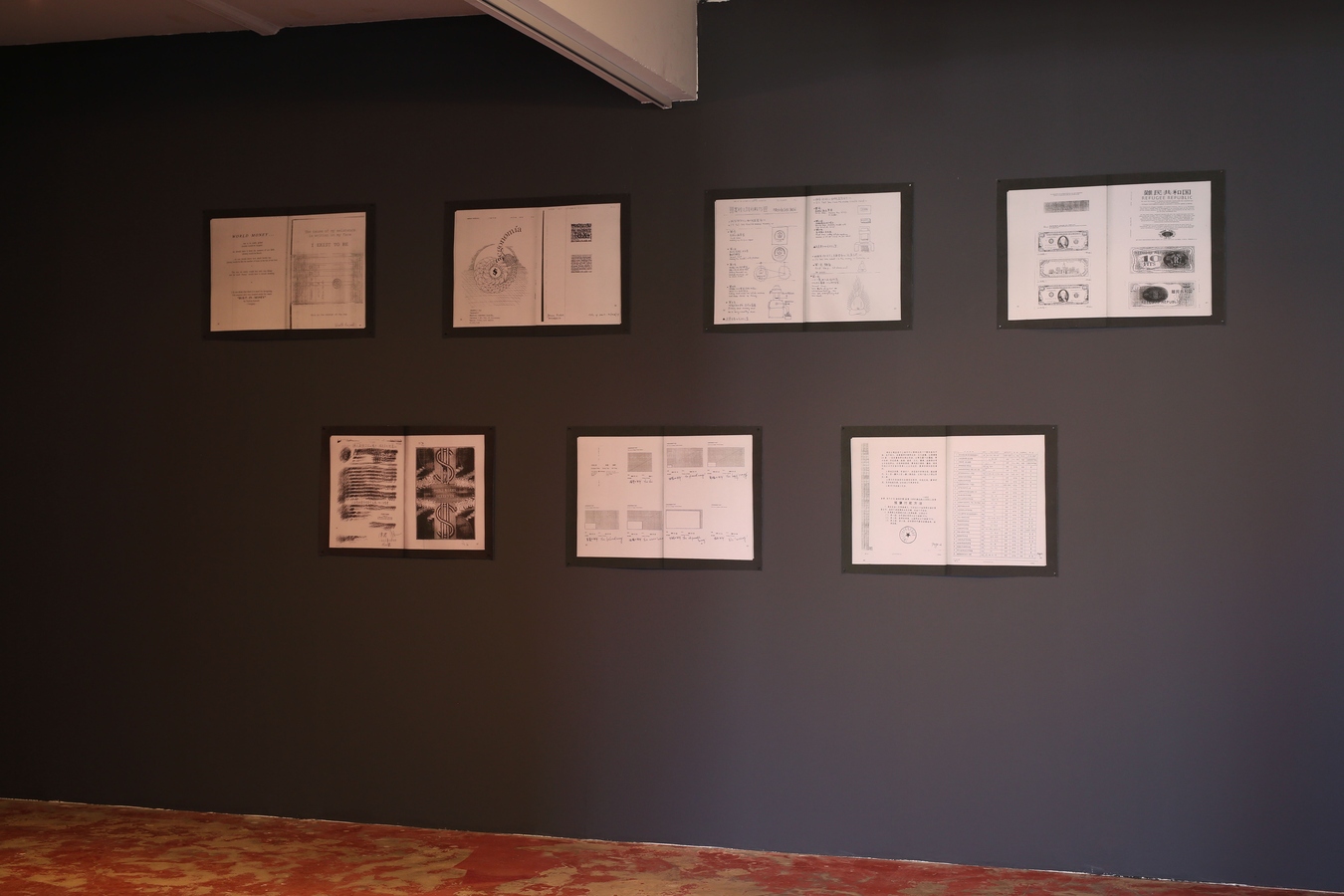 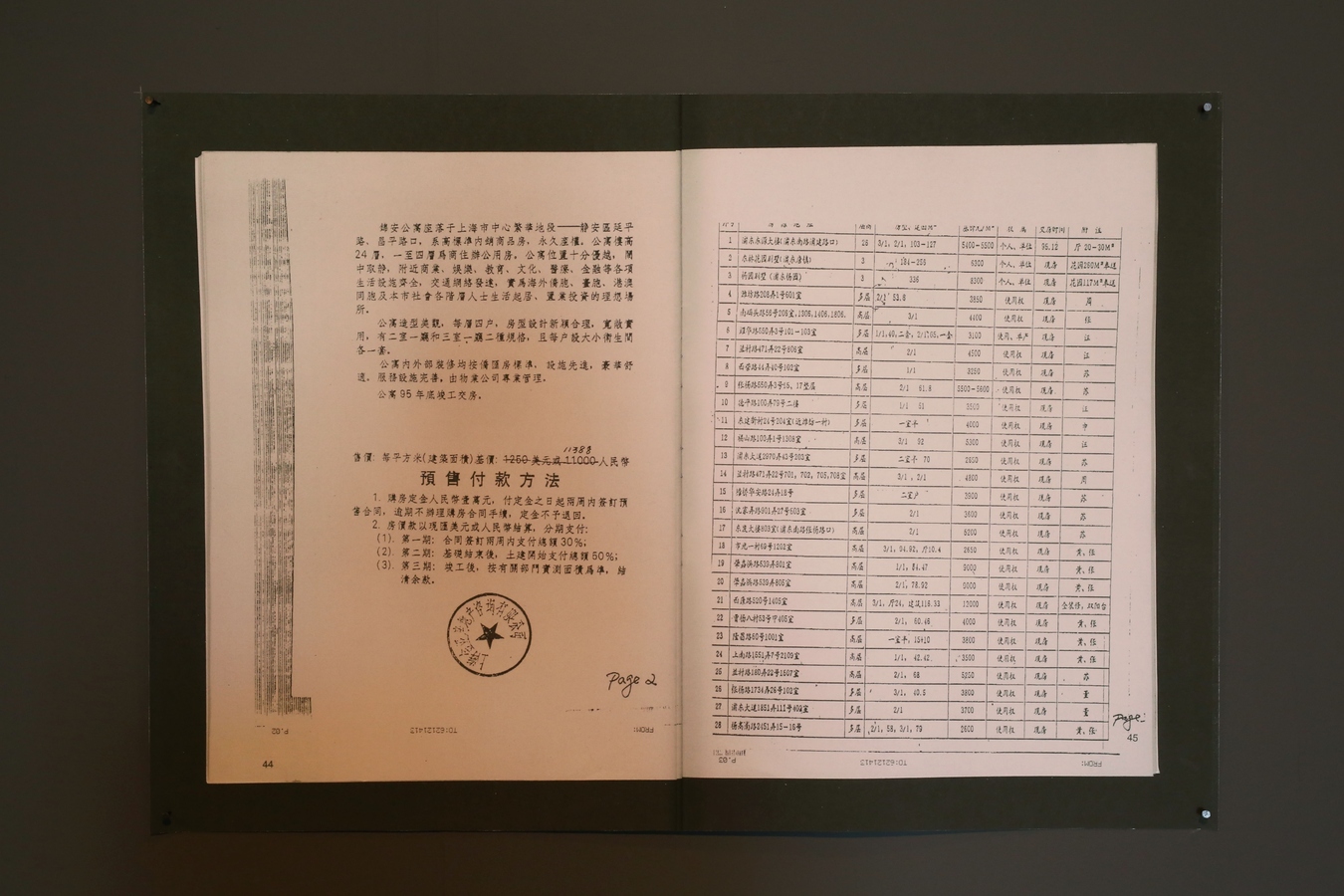 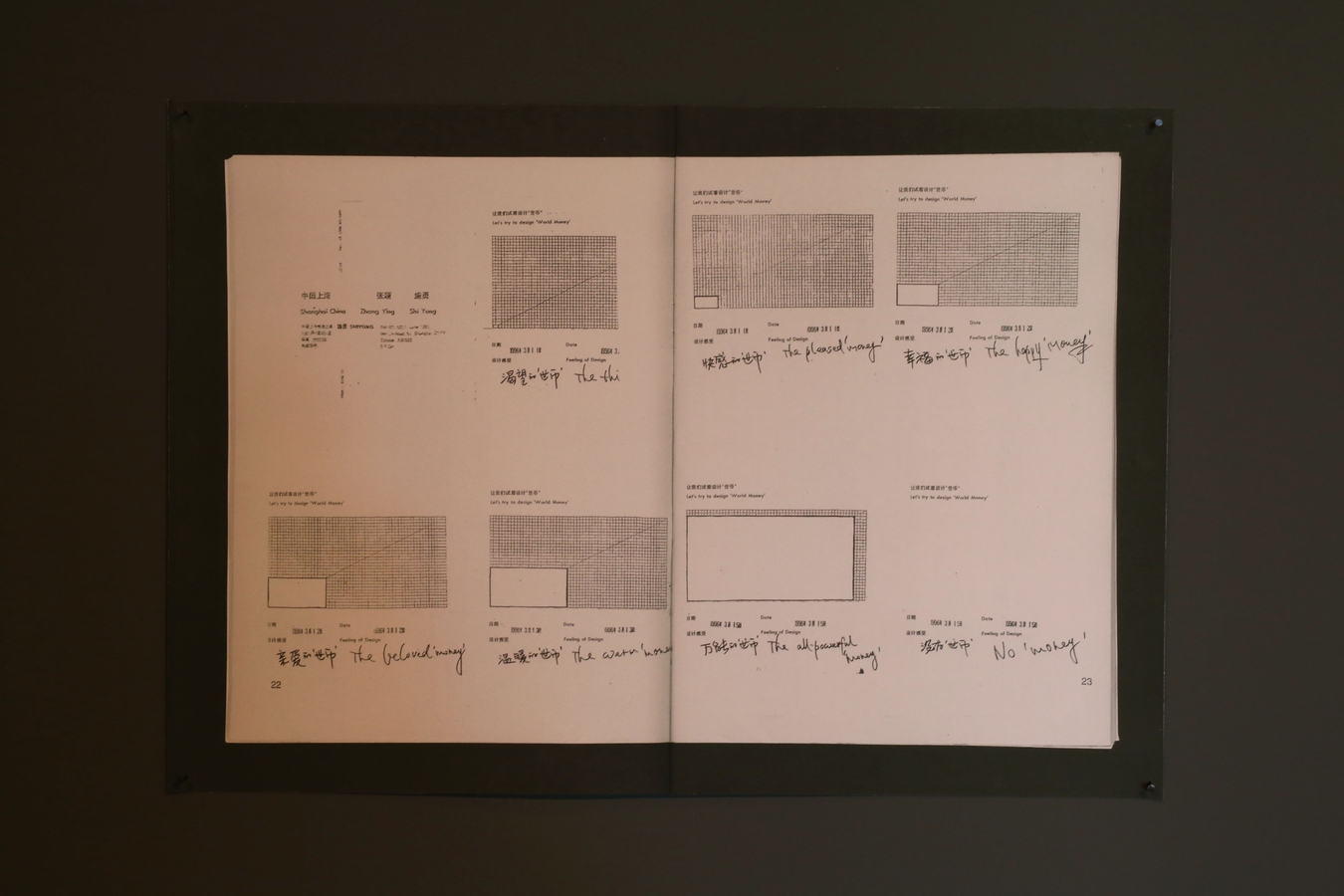 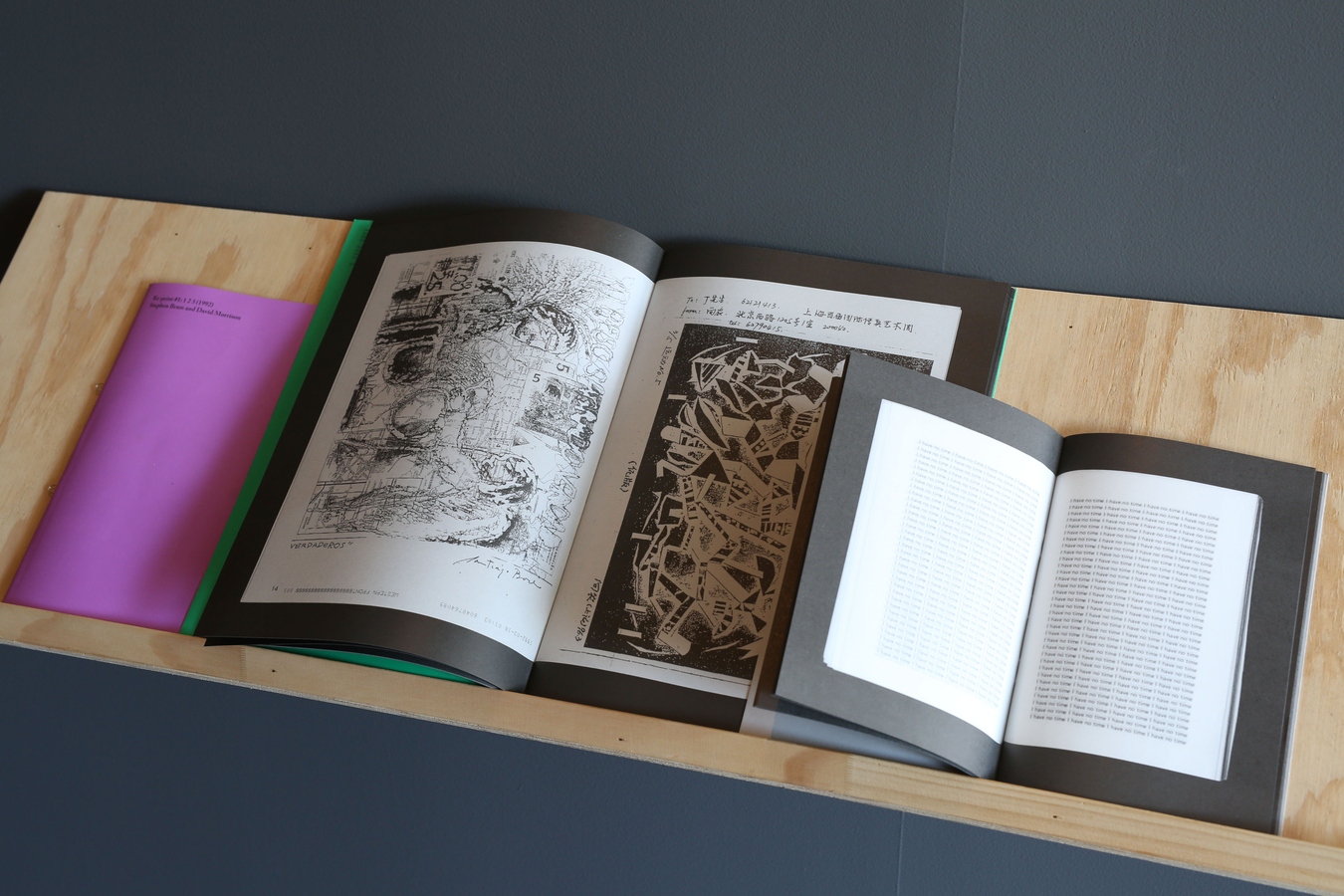 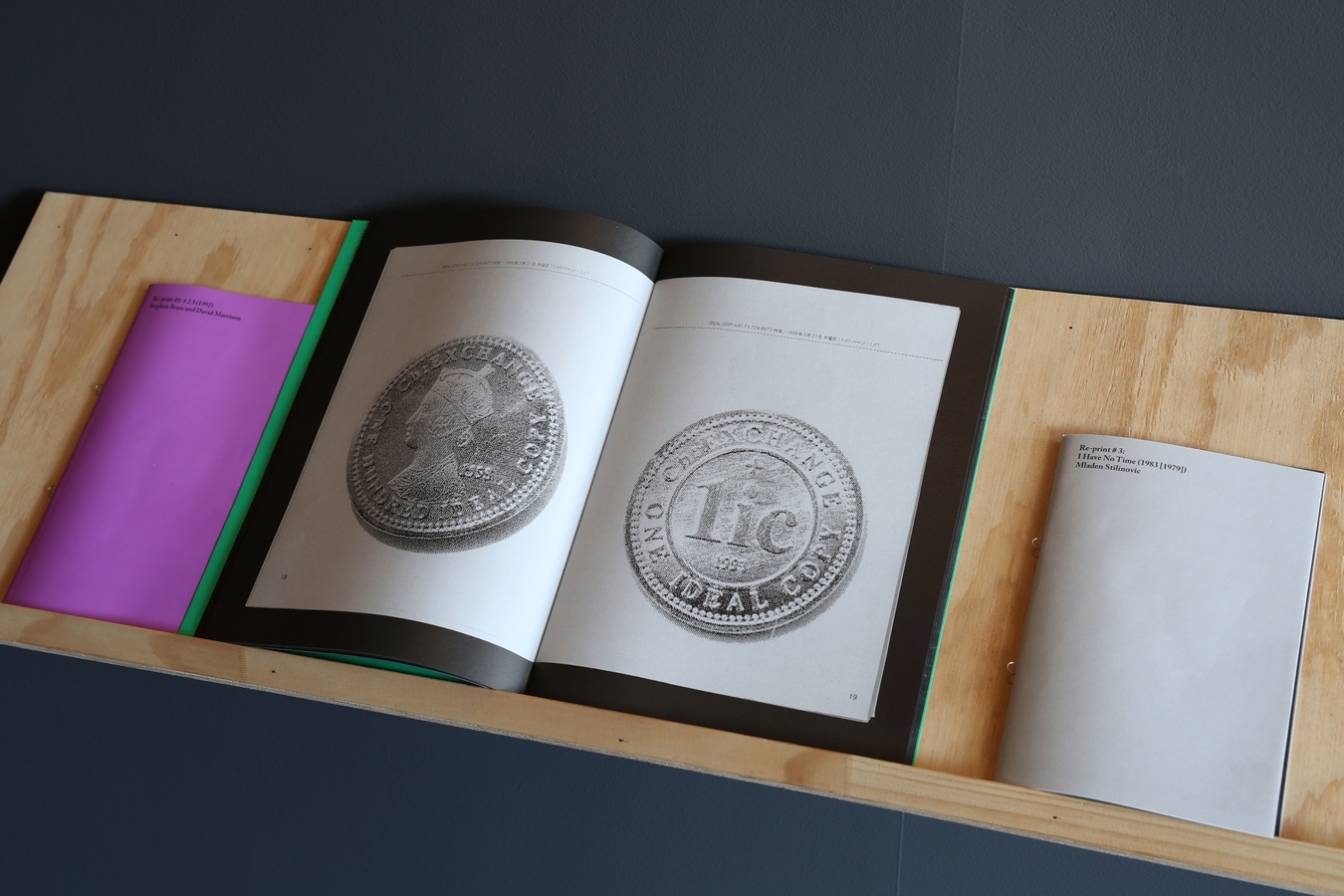 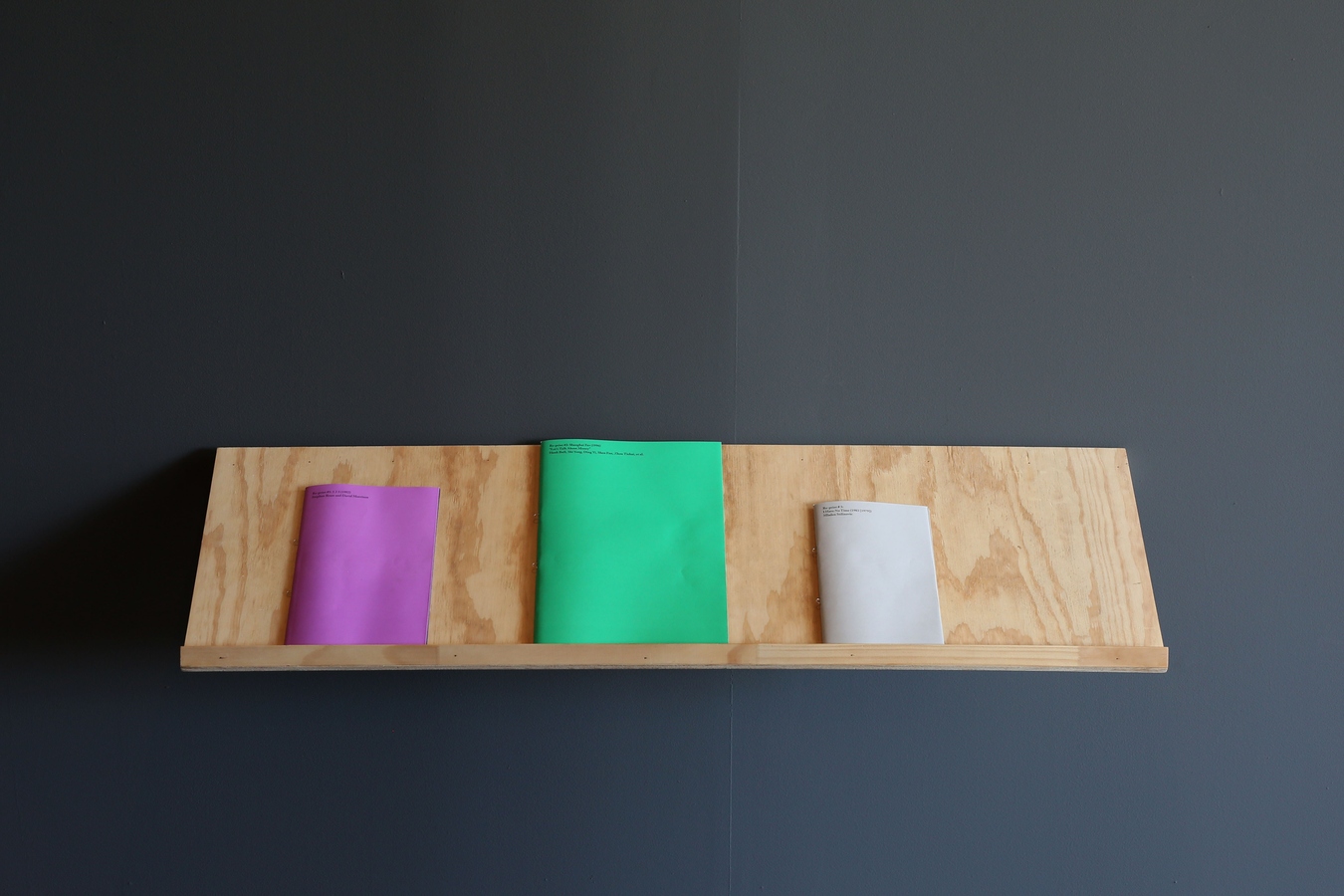 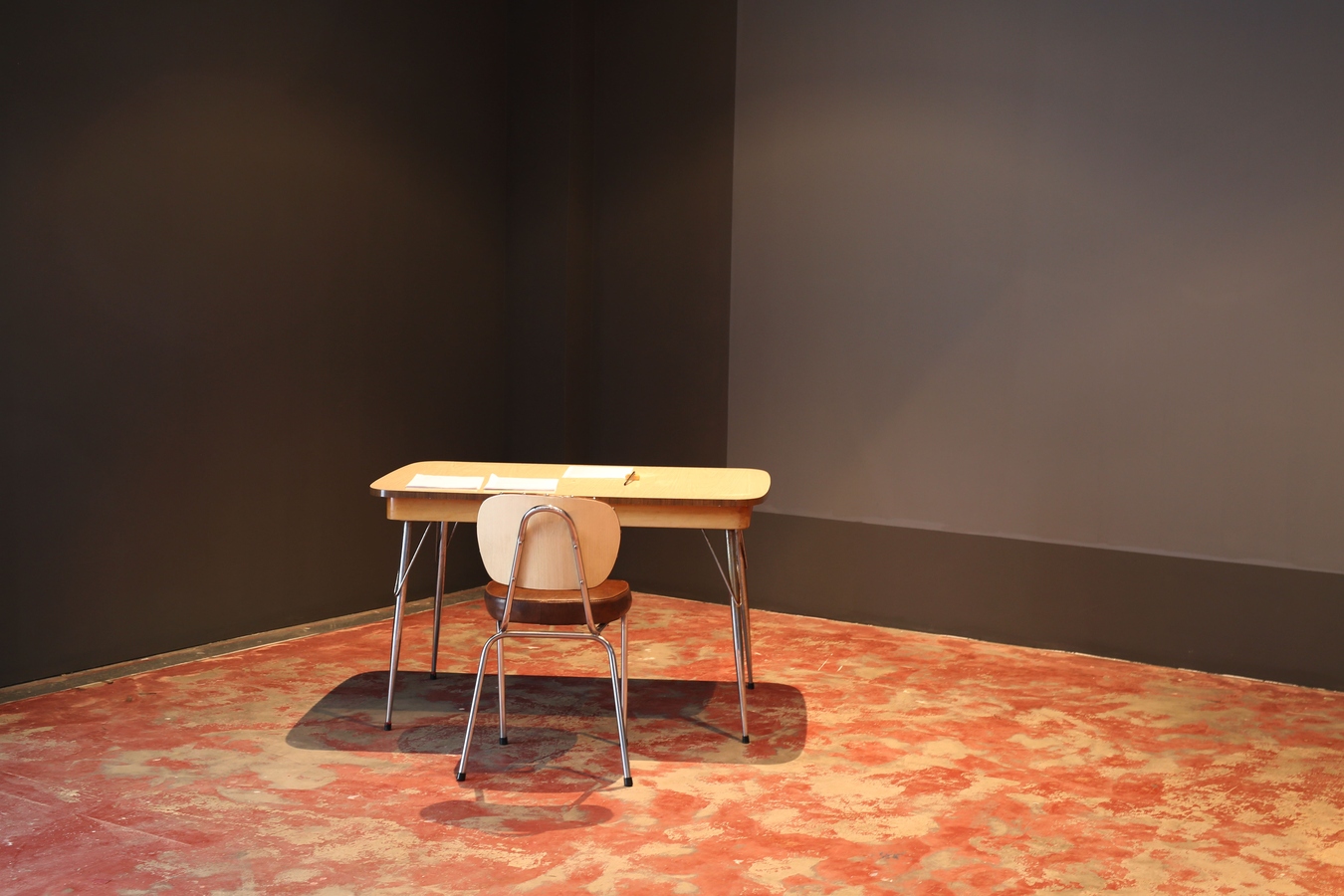 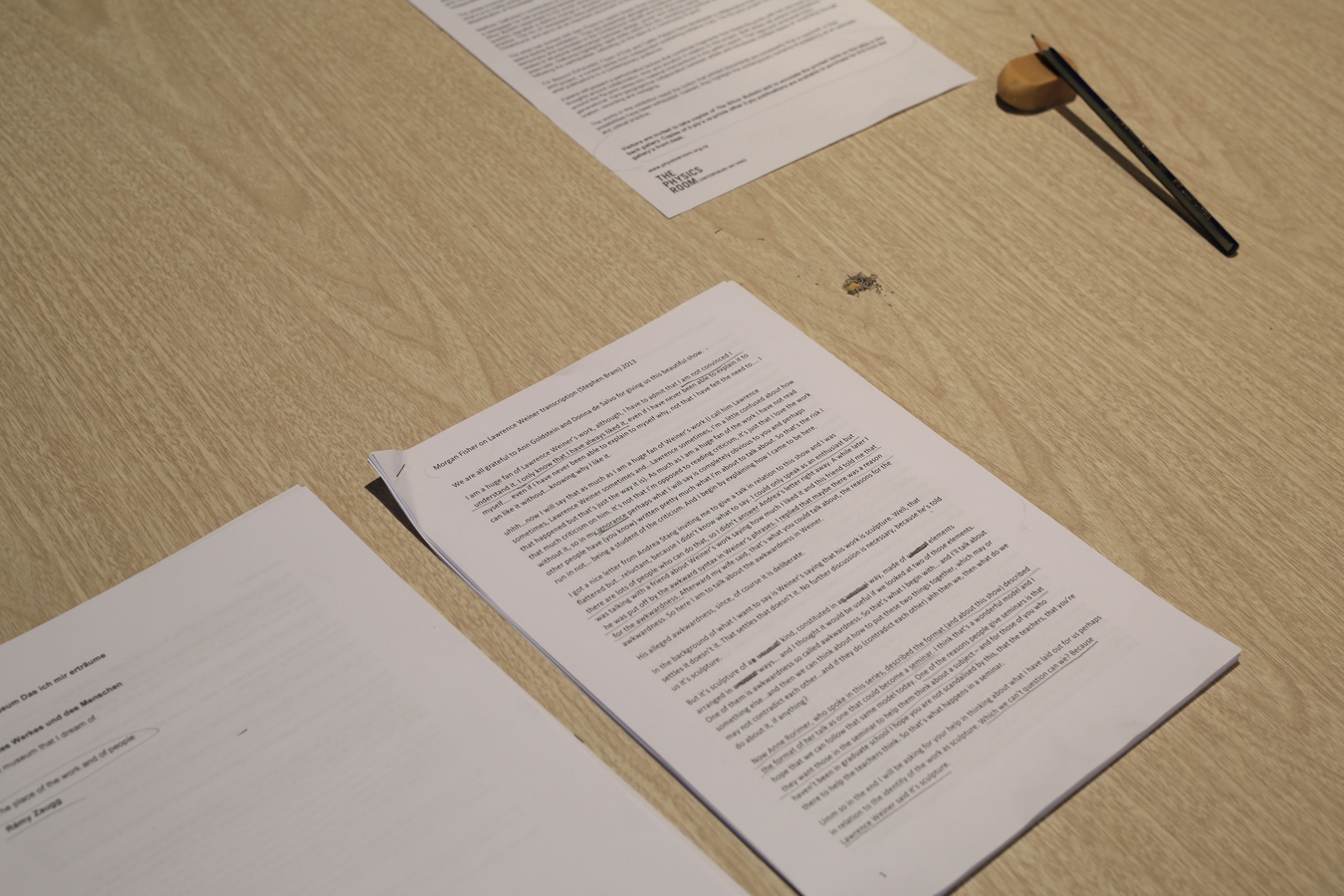 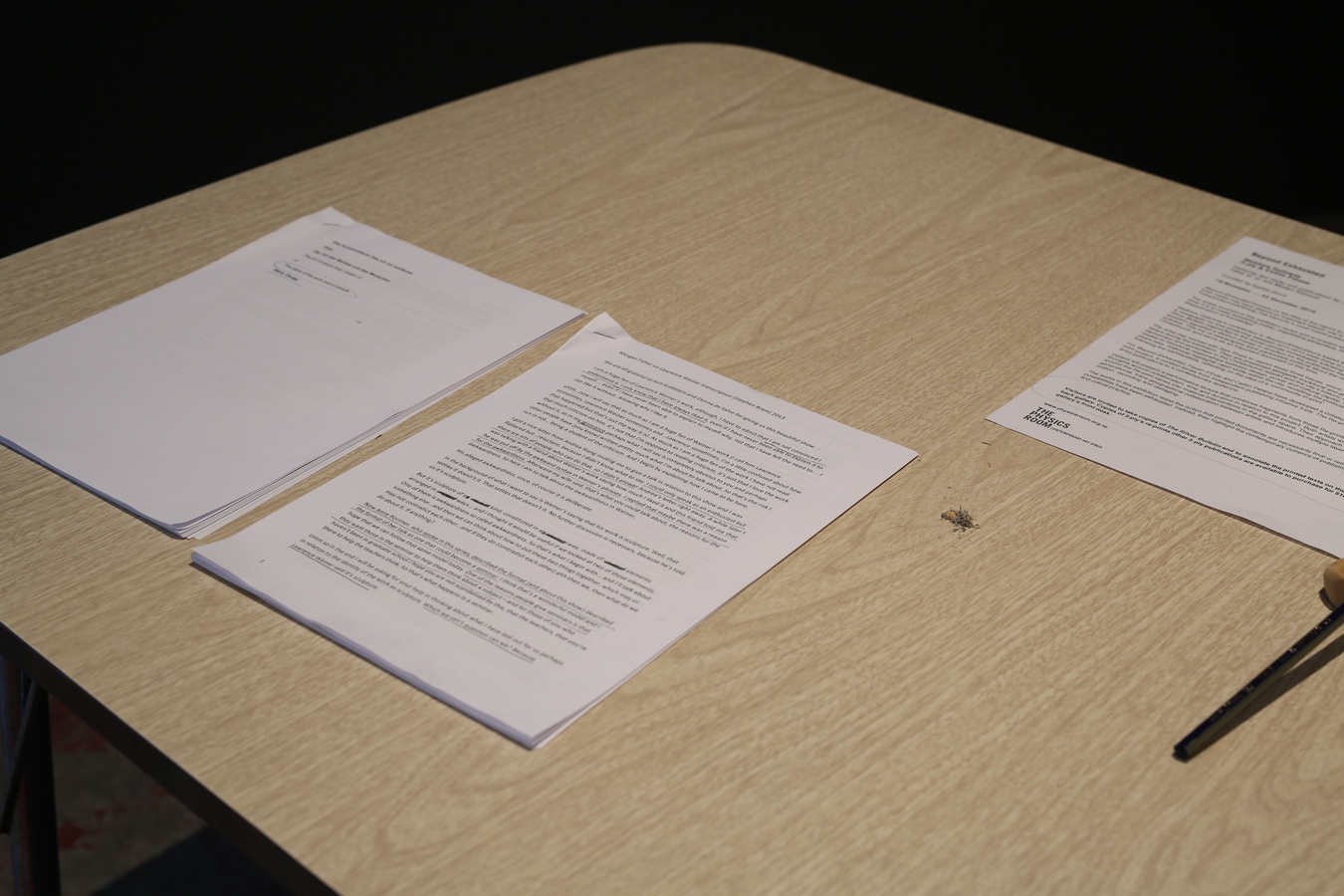 Beyond Exhausted focuses on the idea of the reprint to explore the contemporary possibilities of publishing. While print media may have played an important historic role in feminist, queer and protest movements; the very notion of ‘independent publishing’ has become a more hybrid political gesture and field of enquiry for artists working today.

The artists involved in this exhibition revisit and re-present existing printed documents. In doing so, they question what it is to make something public; negotiating geopolitics, the attribution of authorship and the archiving and dissemination of knowledge.

Matthew Galloway’s contribution to Beyond Exhausted is based around the last three issues of The Silver Bulletin, a newspaper he was producing between 2011-2012 while living in Ōtautahi Christchurch. Although all issues of The Silver Bulletin responded to the social climate immediately following the Canterbury earthquakes, the three issues in question posed a distinct change in direction for the publication itself, as well as in Galloway’s own thinking and practice. This trio of newspapers were particularly political about the redevelopment and rebranding of post-quake Christchurch and serve as an important document of this time.

The artist has worked with Ilam Press to reprint these three issues, which will be distributed out of the gallery space to visitors during the exhibition. They are presented alongside sculptural and graphic works that reflect on the ideas of democracy and symbolism in the Christchurch rebuild and the city’s historic urban planning—highlighting how this relates to structural relationships between design, power and cultural capital. Re-presenting this work four-to-five years later, Galloway highlights rapid shifts within the city, revisiting the political and cultural energy immediately following the earthquakes. An important part of this gesture is inviting past Silver Bulletin contributors to The Physics Room to revisit this atmosphere and reflect on the idea of a ‘community-in-print’.

For Beyond Exhausted, Fayen d’Evie and Caitlin Patane have developed a collaborative framework around the Re-print project, a curated series from independent publishing initiative 3-ply. The Re-print project introduces out-of-date artist publications to a contemporary audience.

Patane will present a performative lecture that combines fragments from these Re-prints with her own work and thoughts around collaboration, time and duration in relation to this project. Both artists will extend conversations around the Re-print series into material interventions in the gallery space. Their approach embraces trans-generational, trans-geographical collaboration between artists and introduces multiple layers of ‘re-printing’ through oration, recording and restaging.

The works in this exhibition resist the notion that printed documents are necessarily final or resolved. Instead, they highlight the contemporary currency of publishing as an optimistic and critical practice.

3-ply is an independent publishing initiative that focuses on publication, writing, editing and translation as an extension of art practice. In exhibition settings, 3-ply operates as a shifting collaborative, investigating artist-led publishing as an experimental site for the creation, mutation, dispersal, and archiving of texts. Recent exhibitions include: Endless Circulation: TarraWarra Biennial, Healesville; Habits and Customs..., Kadist Art Foundation, Paris; (2015) 3rd Ural Industrial Biennial, Yekatarinburg; The Material Turn, Margaret Lawrence Gallery, Melbourne; and Just as Money is the Paper, the Gallery is the Room, Osage Art Foundation, Shanghai. 3-ply is directed by Fayen d’Evie, an artist originally from Christchurch and now based in rural Victoria, Australia.

Based in Dunedin, Matthew Galloway holds an MFA in Graphic Design (University of Canterbury, 2012) and is currently a Senior Lecturer in Design at otago Polytechnic. He is currently undertaking a residency in Western Sahara as a part of ARTifariti 2016: After the Future, International Art and Human Rights Meeting. Recent exhibitions include: The Ground Swallows You, Blue Oyster Art Project Space, Dunedin and ARTSPACE, Auckland; Speaking Places: How to work at RAMP, Hamilton (2015), Seeing which the Wind Blows at Split/Fountain, Auckland (2013) both with Ella Sutherland, and This is an Invitation at Dog Park, Christchurch (2012).

Caitlin Patane is an artist living and working in Melbourne. Her work focuses on writing, drawing, and an engagement with text and texts. She is interested in publication and editing as artistic practice, and the social potentials of language in its many forms. Caitlin is a research assistant at Art+Australia, The Victorian College of the Arts, Melbourne and has been a board member at Blindside Gallery.