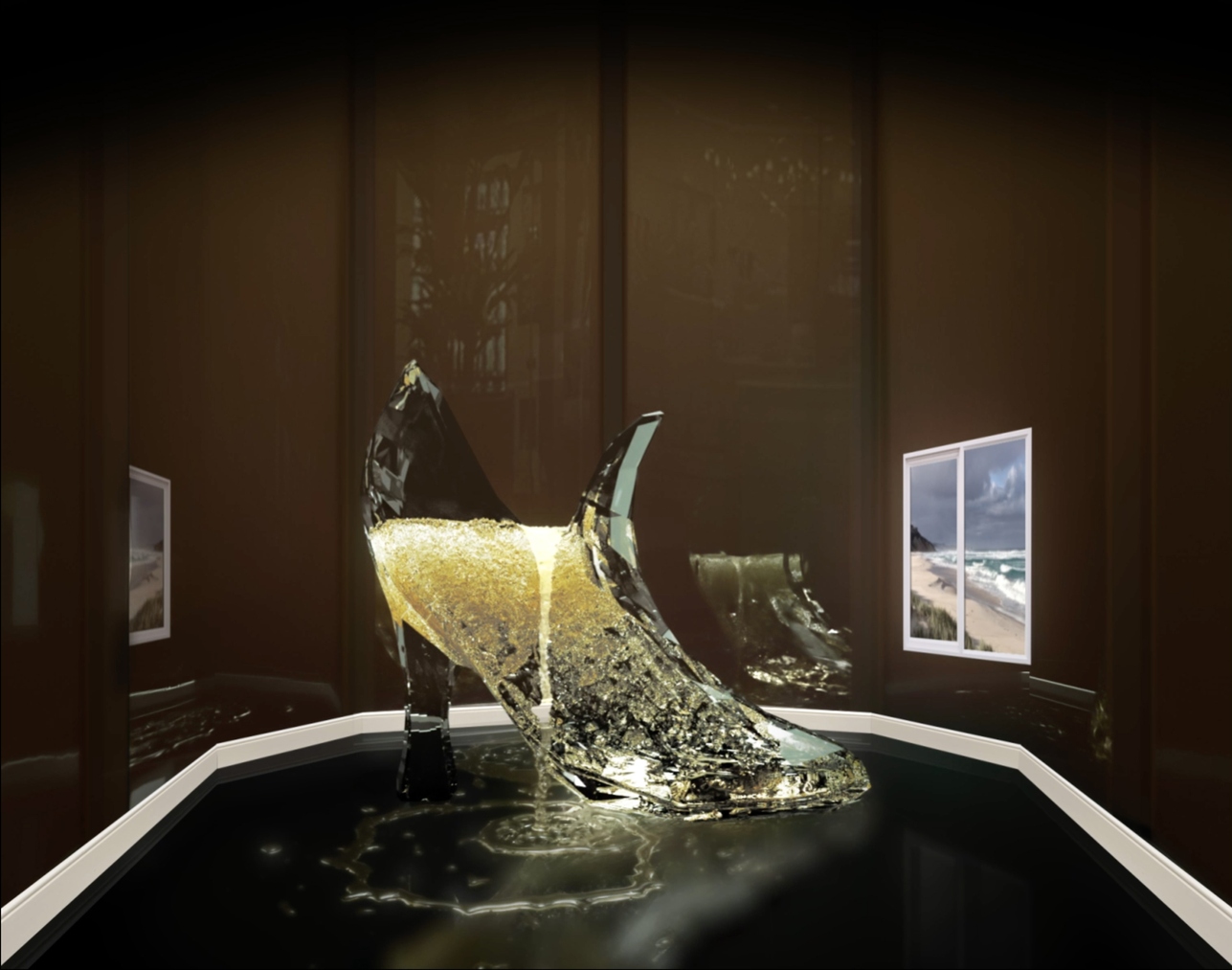 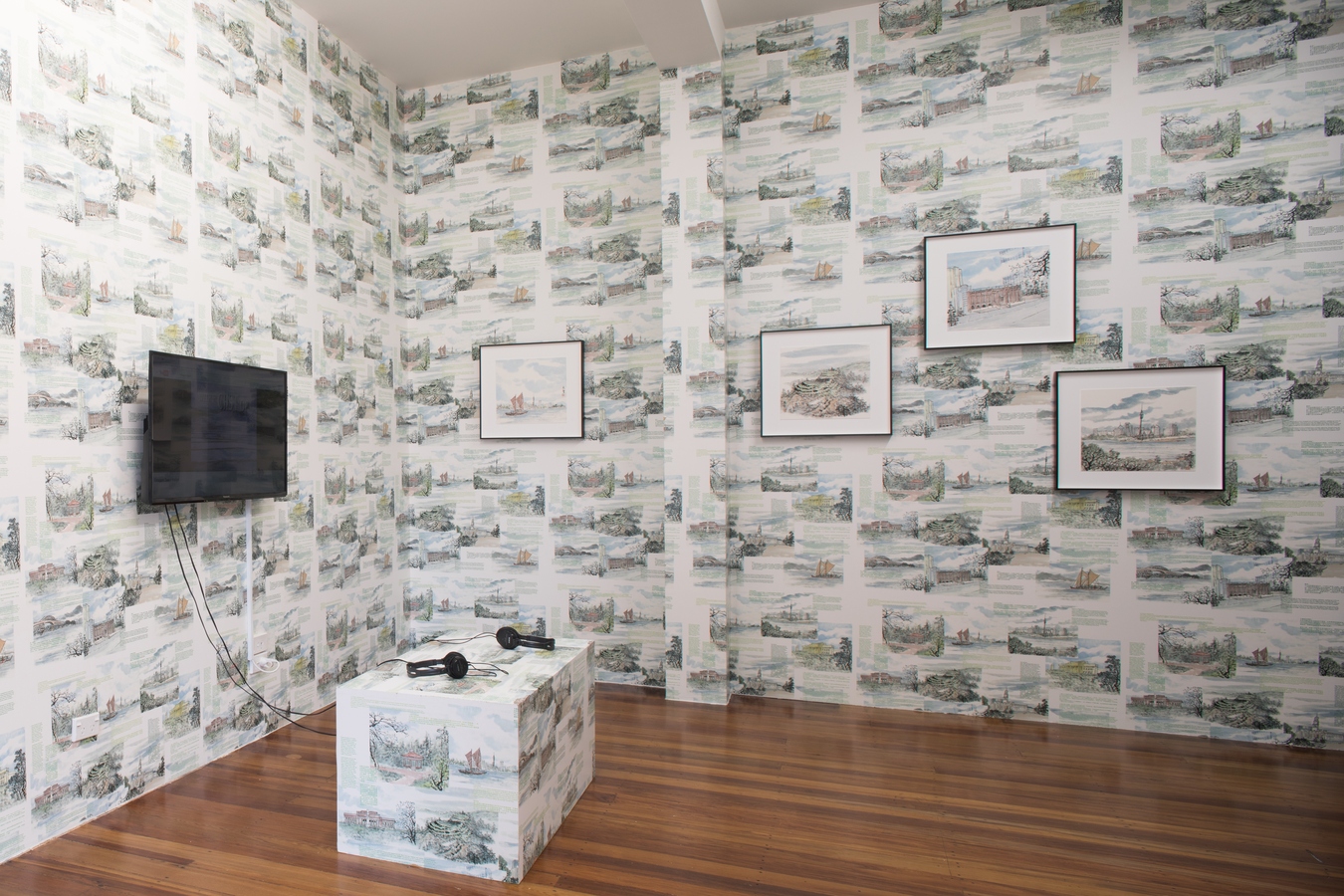 Image: Jun Yang, Becoming European or How I Grew up with Wiener Schnitzel, 2015, video and Àokèlán, 2019, wallpaper with ink painting by Da Shen. Both installation views. Photo: Janneth Gil. 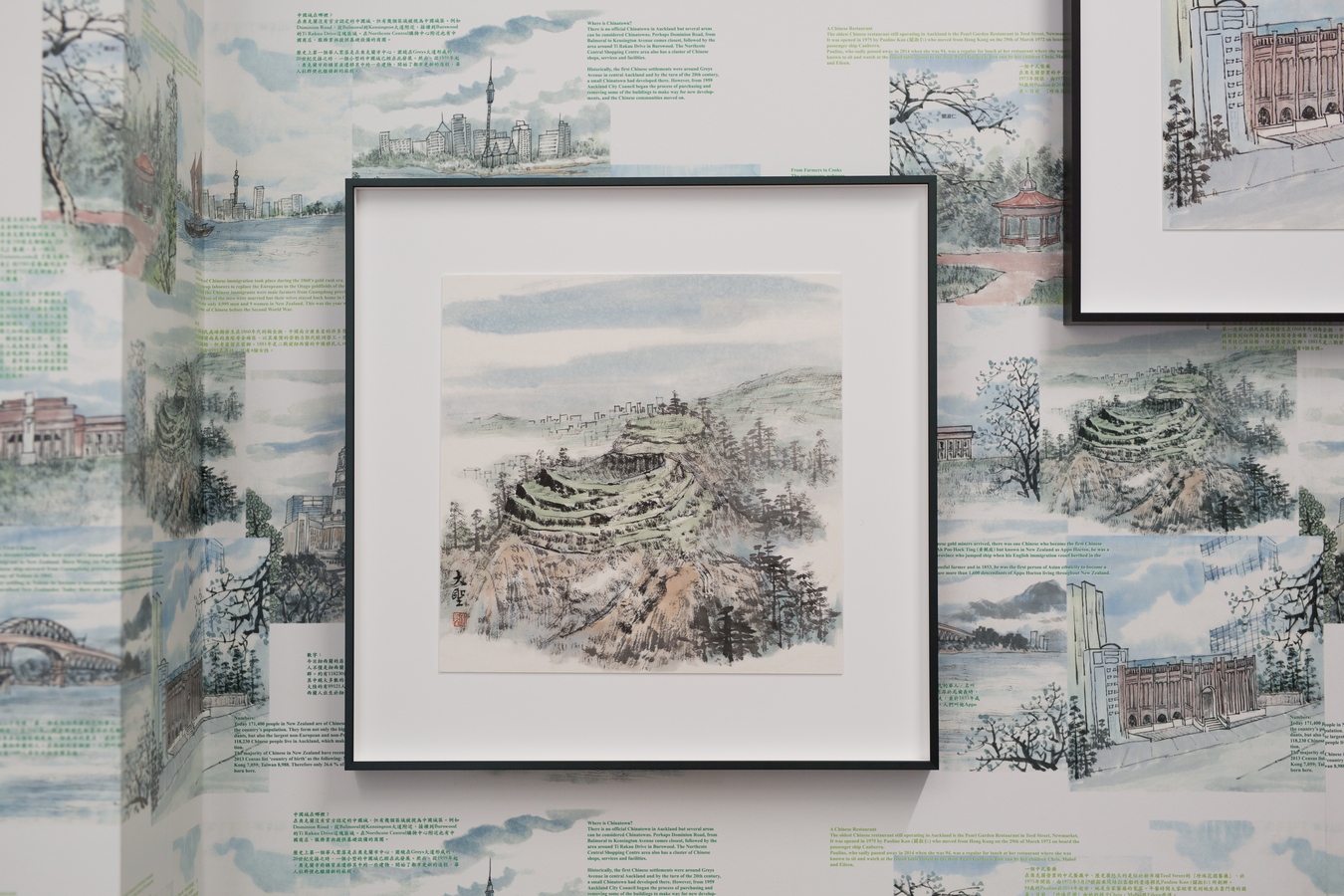 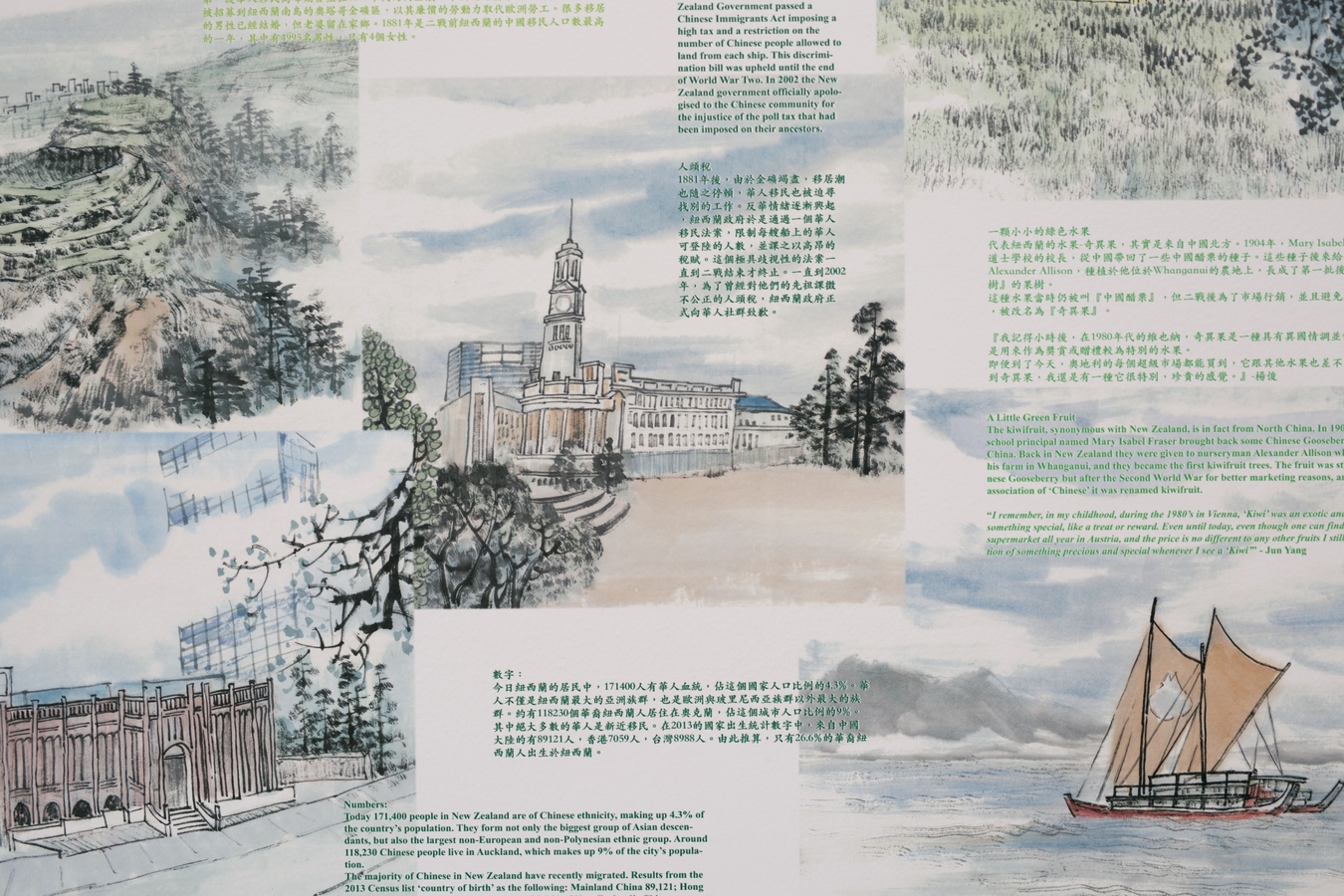 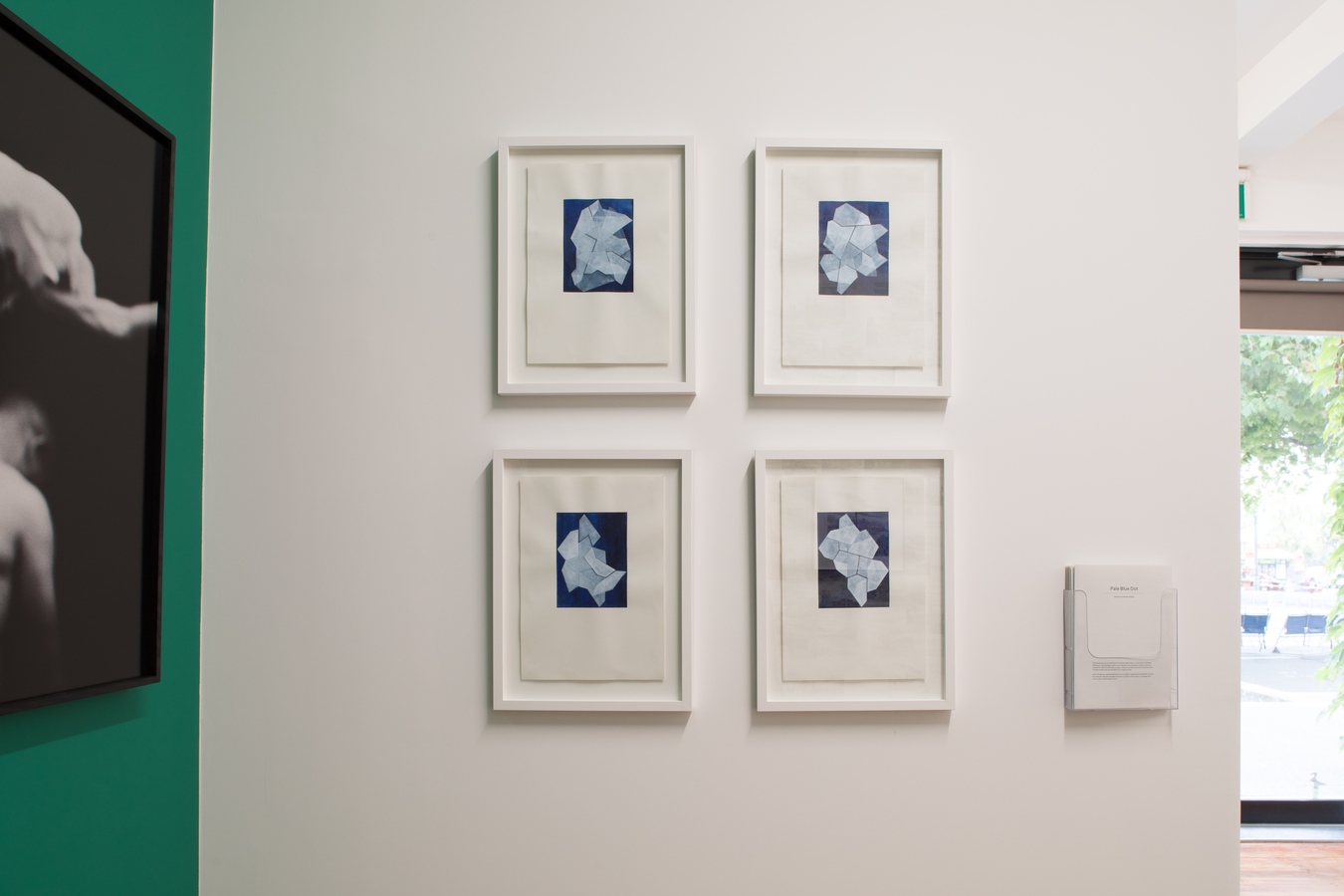 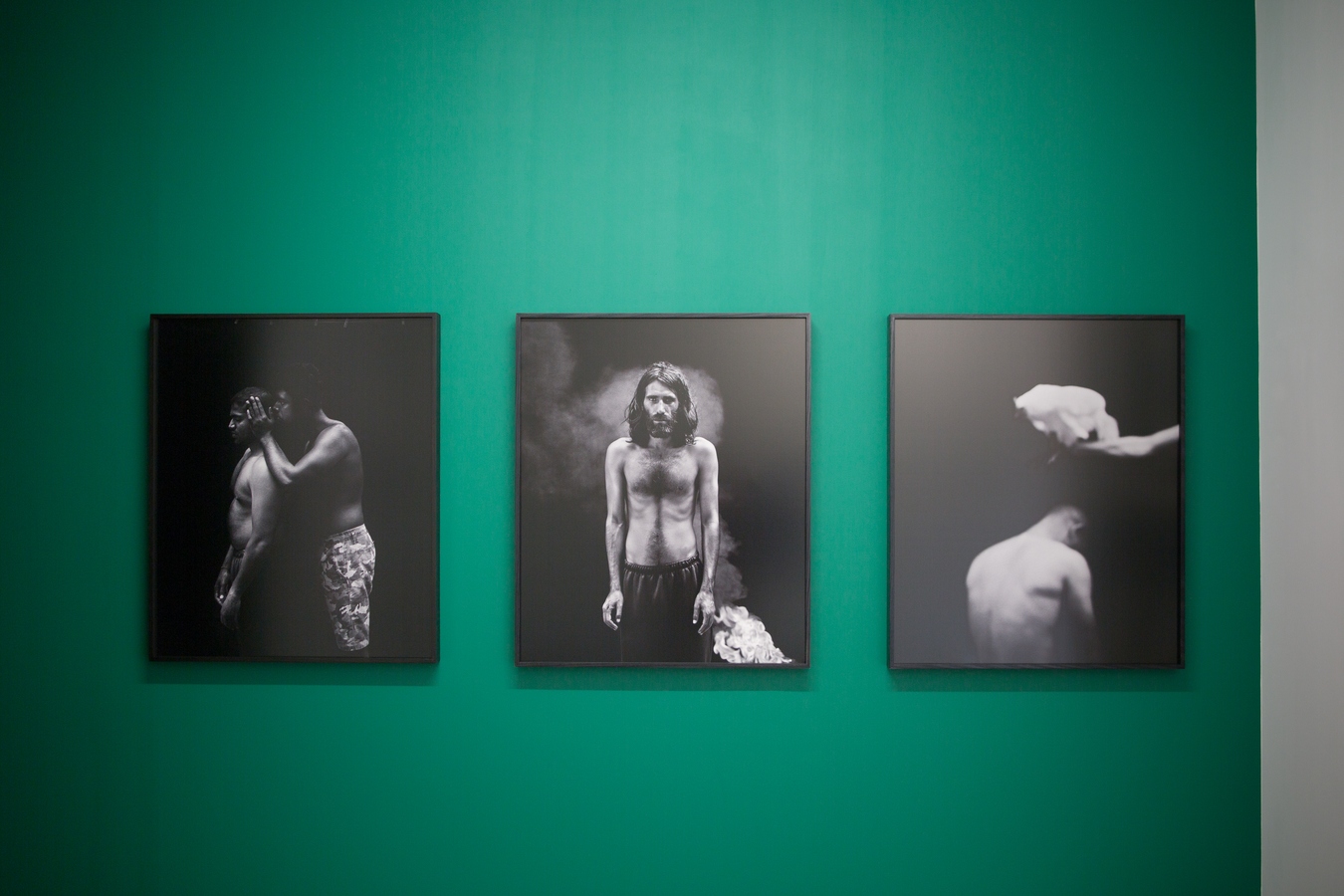 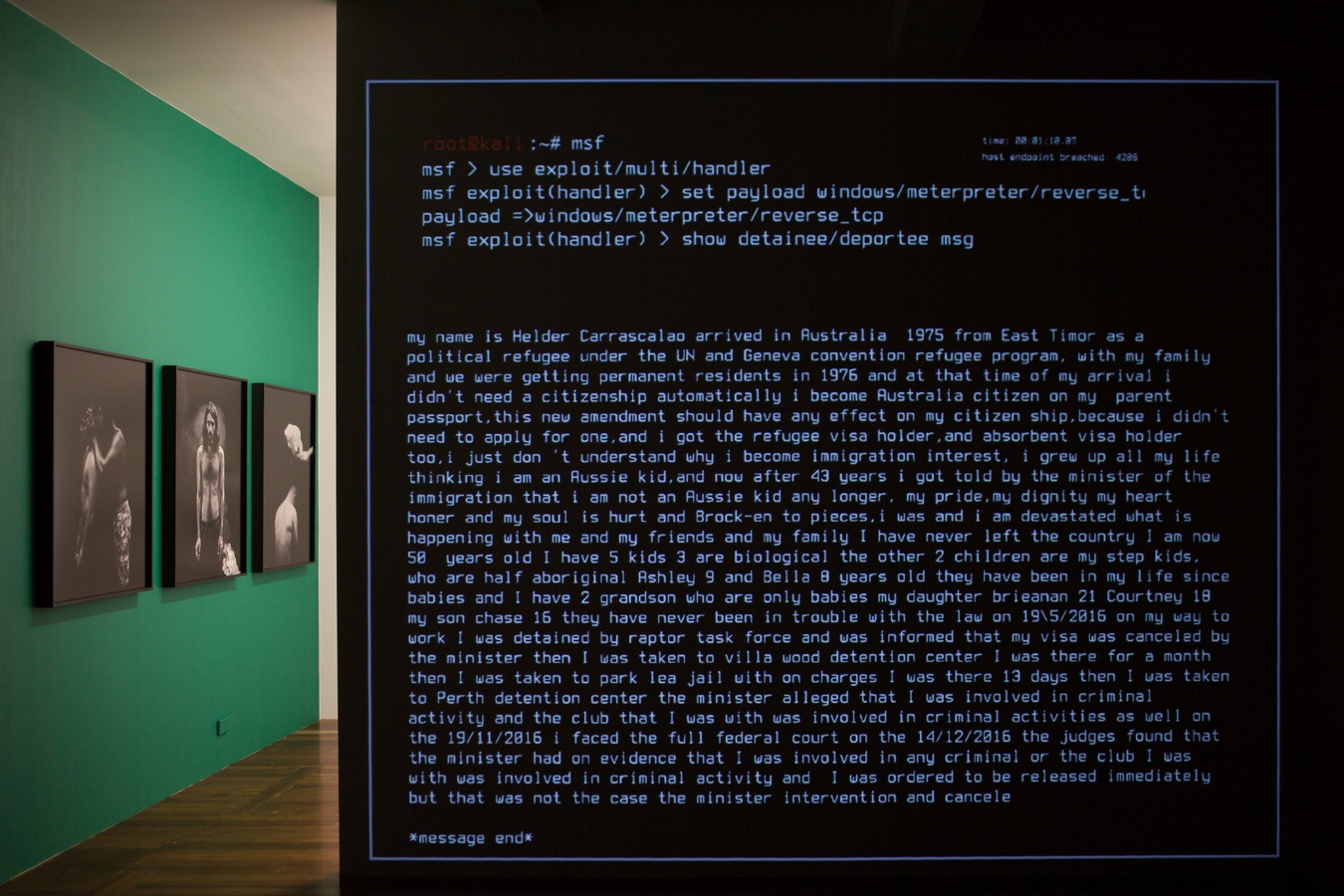 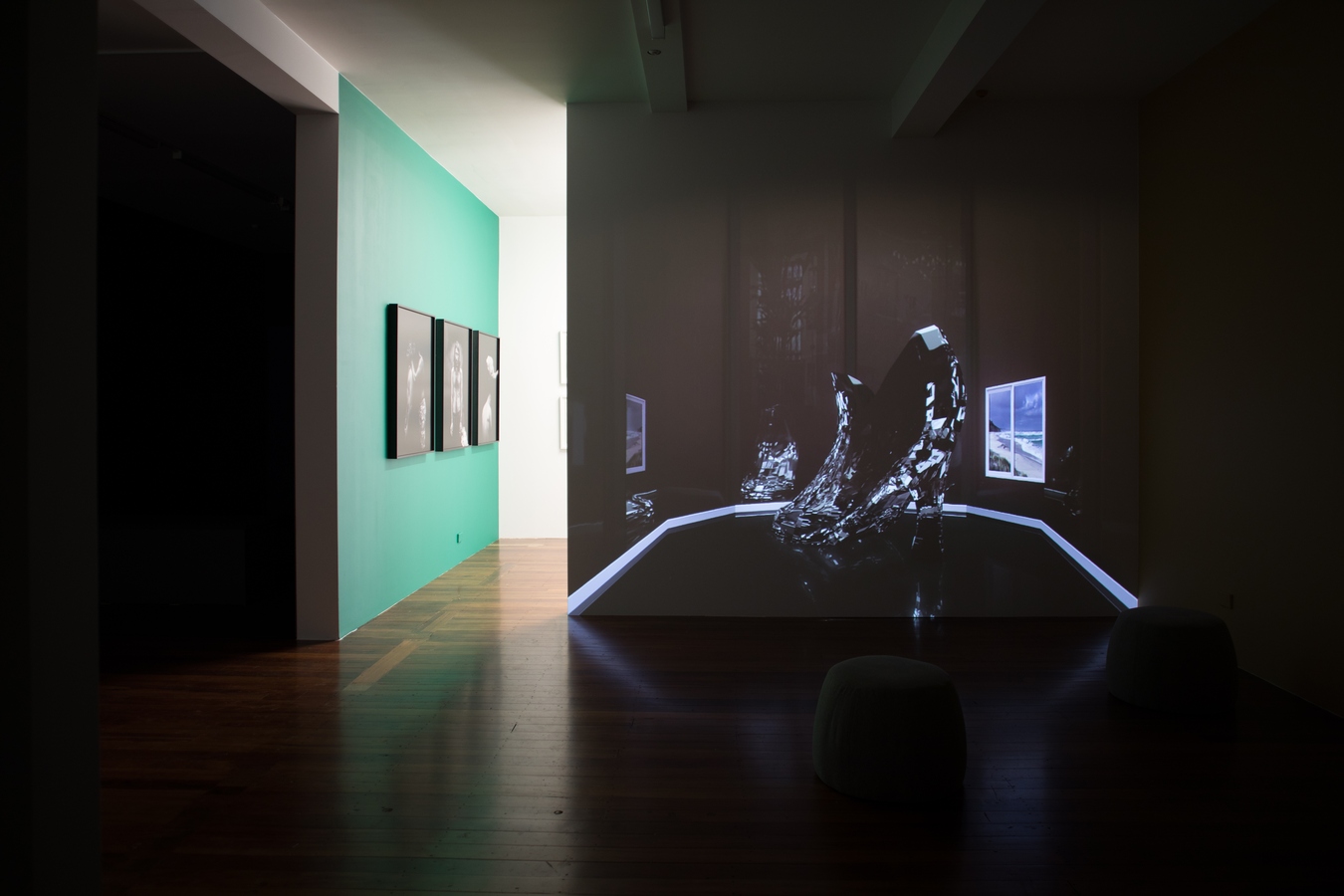 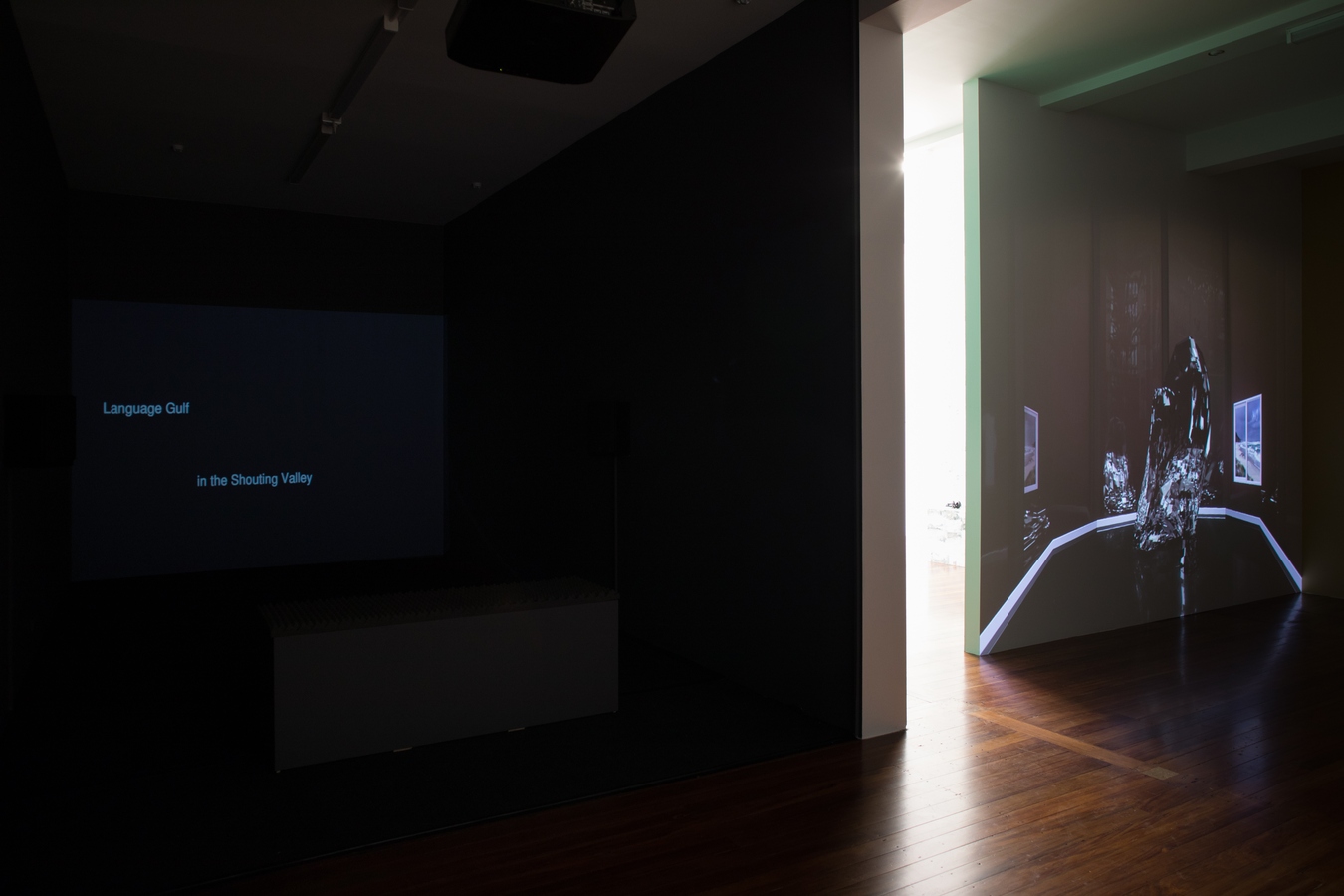 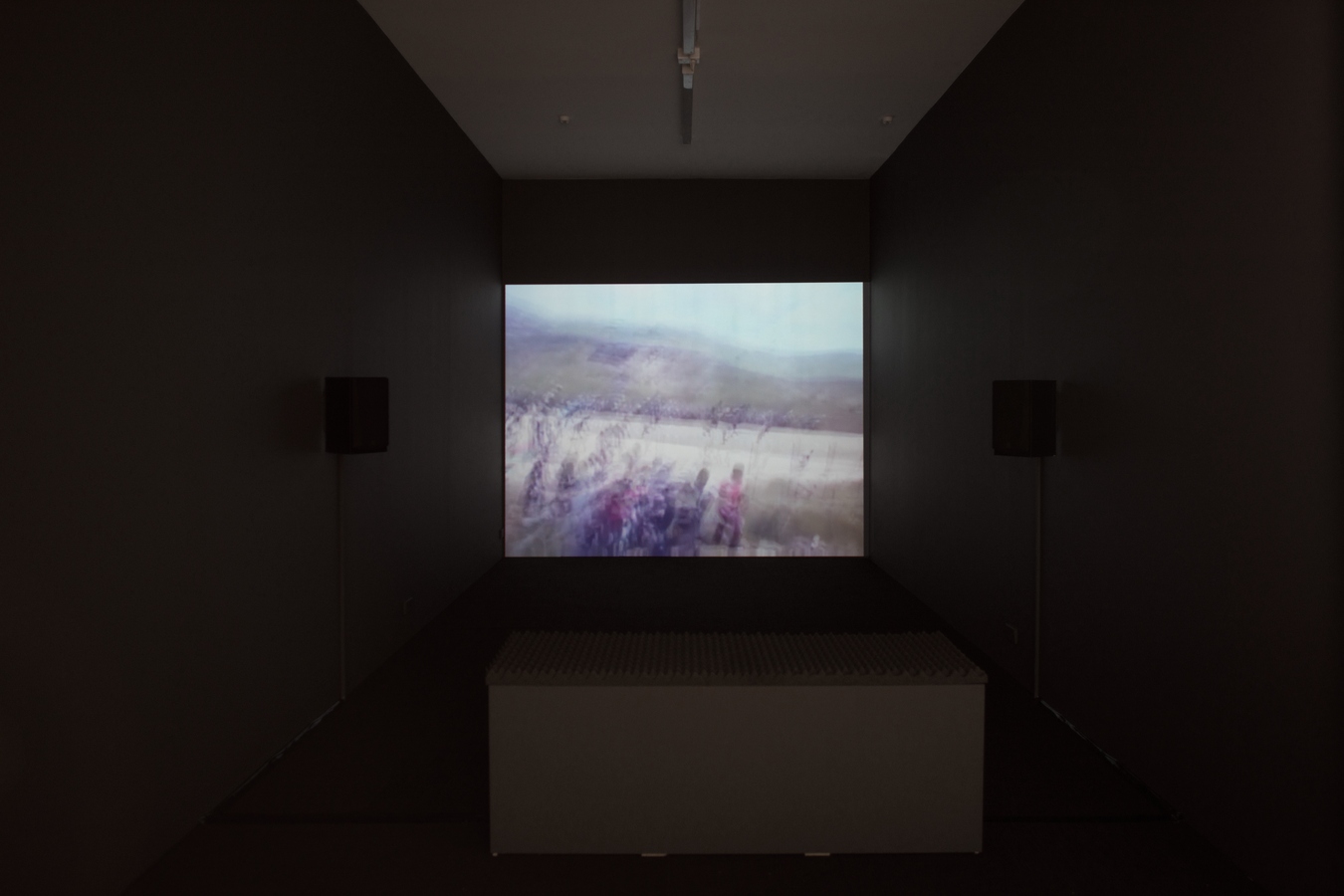 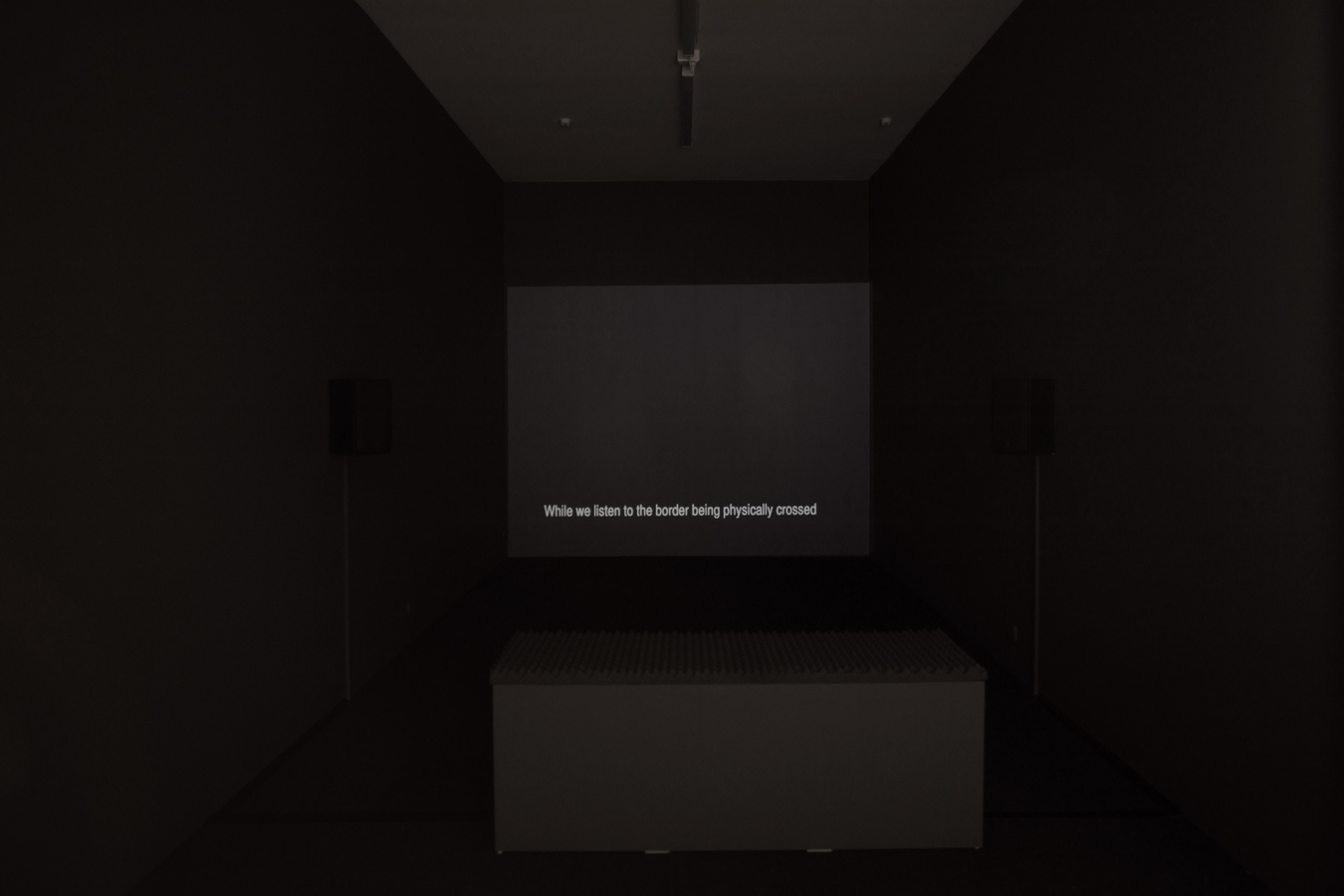 The Shouting Valley: Interrogating the Borders Between Us

The Shouting Valley: Interrogating the Borders Between Us features
artists whose politically motivating and activating work asks us to
engage in urgent discussions of injustice in order to effect change.
The works in this exhibition highlight contemporary issues relating
to borders and migration, questioning why freedom of movement
often appears to be a Western privilege. As a country largely
populated by migrants, the exhibition resonates with Aotearoa’s
diverse history and asks us to think about our own own stories of
journeying and settlement.

A place in the Golan Heights provides the name for the exhibition. Located between Syria and Israel the ‘shouting valley’ has a unique topography which enables an acoustic leak across the border. It is here that members of the Druze population meet on either side to hear each other’s voices and wave to one another across the divide. This is the focus of a critical exploration into the politics of the voice and the border by 2019 Turner-prize winner Lawrence Abu Hamdan with his pivotal work Language Gulf in the Shouting Valley (2013).

Cushla Donaldson’s major video installation 501s V.02 (2019)
foregrounds the voice and perspectives of current detainees.
Named after the group of people being detained and deported in
the recent wave of visa cancellations by the Australian Government,
501s V.02 uses new technology to allow current detainees, as
well as those already deported from Australia under the Migration
Act (1958) to text in and disrupt her moving image work on the
instrumentalisation of glamour and soft power.

Communicating the experiences of migrants on Australian off-shore detention centres is Hoda Afshar’s portrait series Remain (2018), made in collaboration with men who remained on Manus Island, Papua New Guinea, following the closure of the island’s detention facility. Working closely with Kurdish Iranian journalist and refugee Behrouz Boochani, whose portrait is included, Afshar’s works are a stark reminder of the injustices of migration laws, a topic rightfully at the centre of ongoing and current debates.

A newly commissioned artist-designed wallpaper complete with traditional Chinese ink paintings forms part of a large-scale installation called Becoming European or How I Grew up with Wiener Schnitzel (2015) by Jun Yang. Using Google’s image repository to narrate his experience of migration with reference to the European Migrant Crisis of 2015, Yang’s video is a prescient reminder of the pervasive stereotypes placed on people who choose to migrate. As asked in his video, “Isn’t migration a human right or part of human nature?”

New painting by Shahriar Asdollah-Zadeh explores the fragility of borders as seen from afar. Titled Pale Blue Dot, the paintings relate to the experience of seeing first-hand the Earth from outer space. As national boundaries vanish, the conflicts that divide people become less important reminding us of the need to see past these imposed divisions.

Click here to listen to Art, Not Science Episode 9
Two talks from our first exhibition of 2020, The Shouting Valley: Interrogating the Borders Between Us. The first talk is with the curator Lisa Beauchamp on how the exhibition came together, and the second is with one of the artists Shahriar Asdollah-Zadeh on his work Pale Blue Dot as well as his practice more broadly.

The Shouting Valley: Interrogating the Borders Between Us catalogue (pdf) The Gulf of Language by Ardit Hoxha (pdf) Becoming Chinese or How I Grew Up with Mee Hoon Kueh on Weekends by Vanessa Crofskey (pdf)