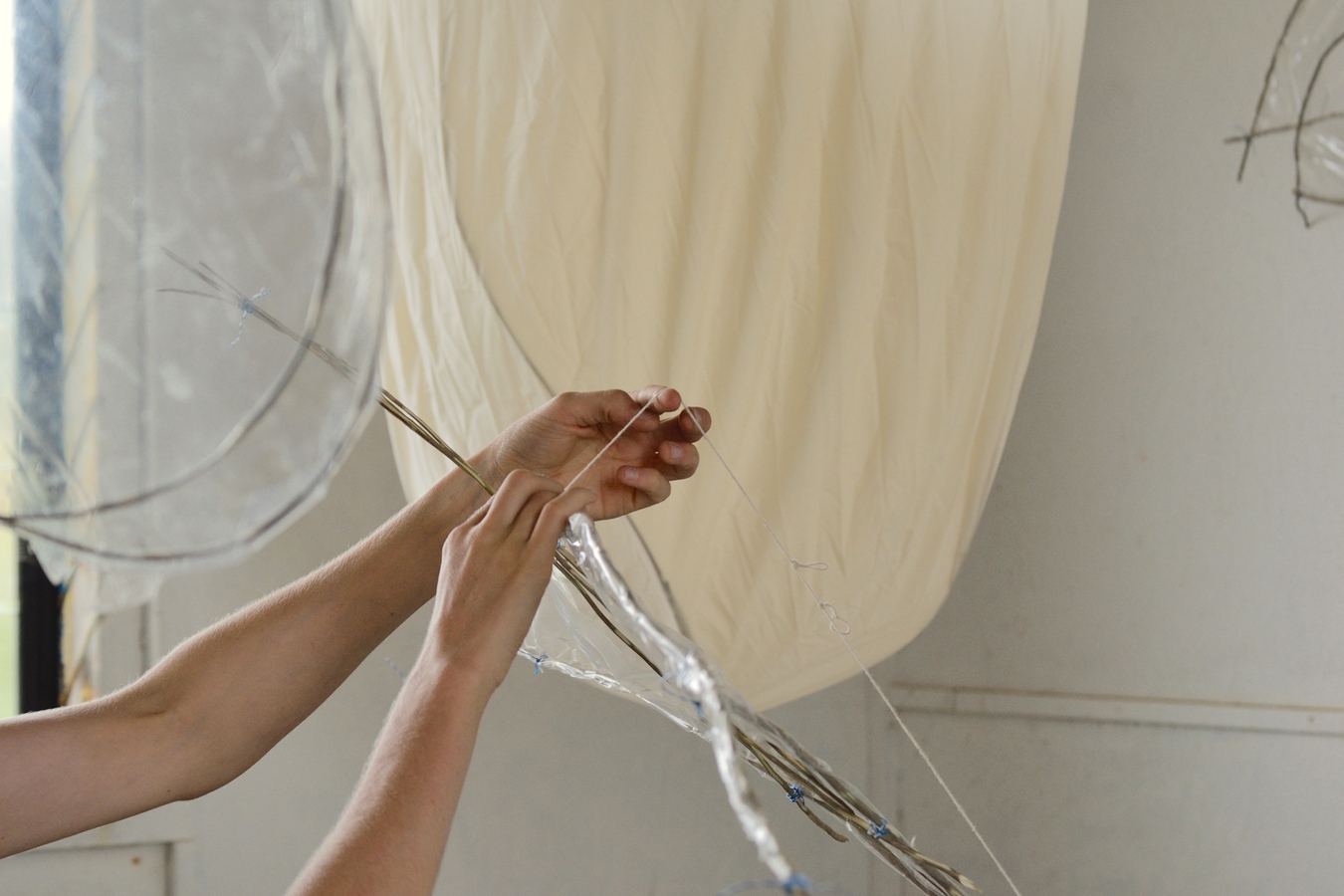 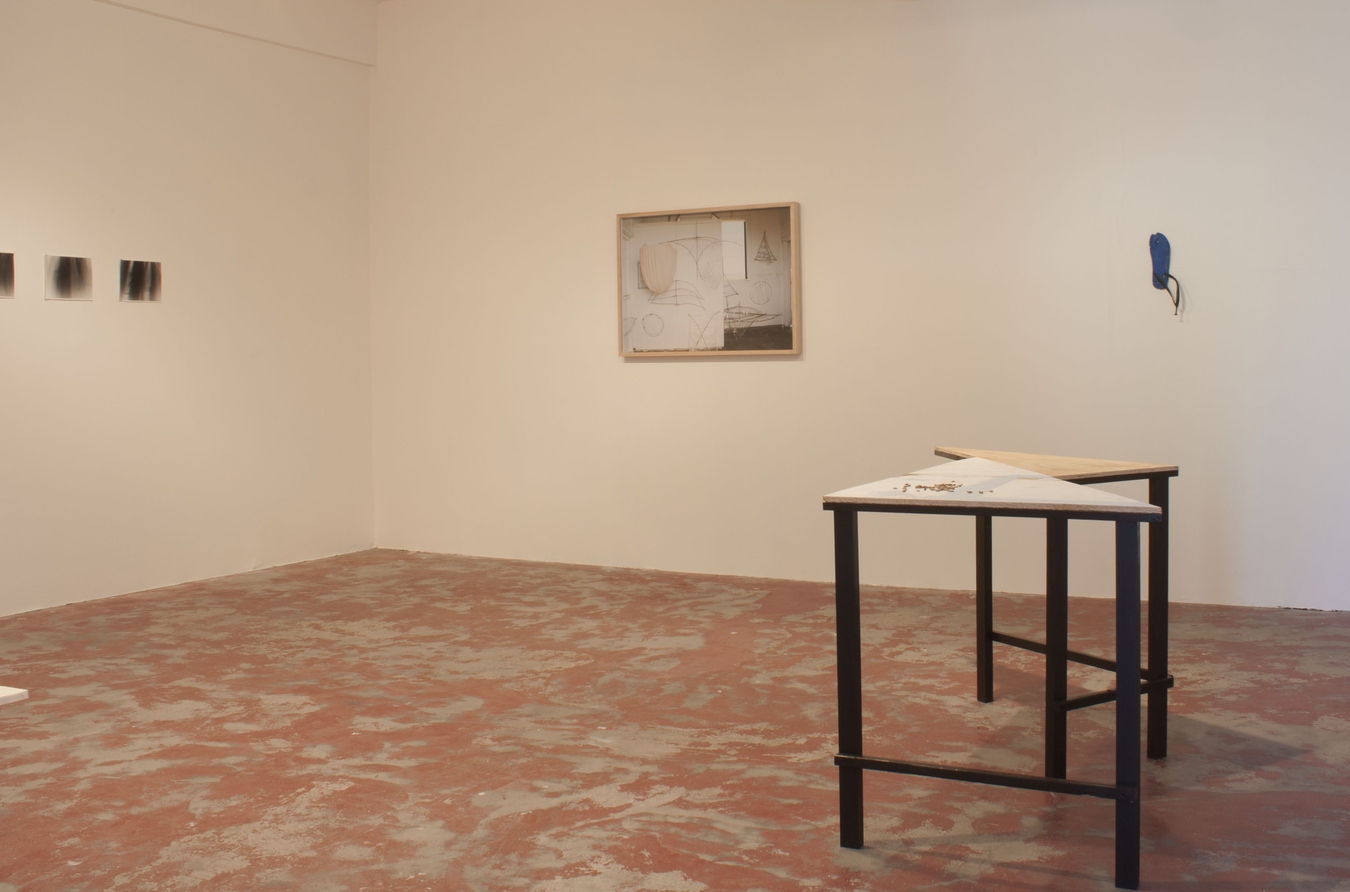 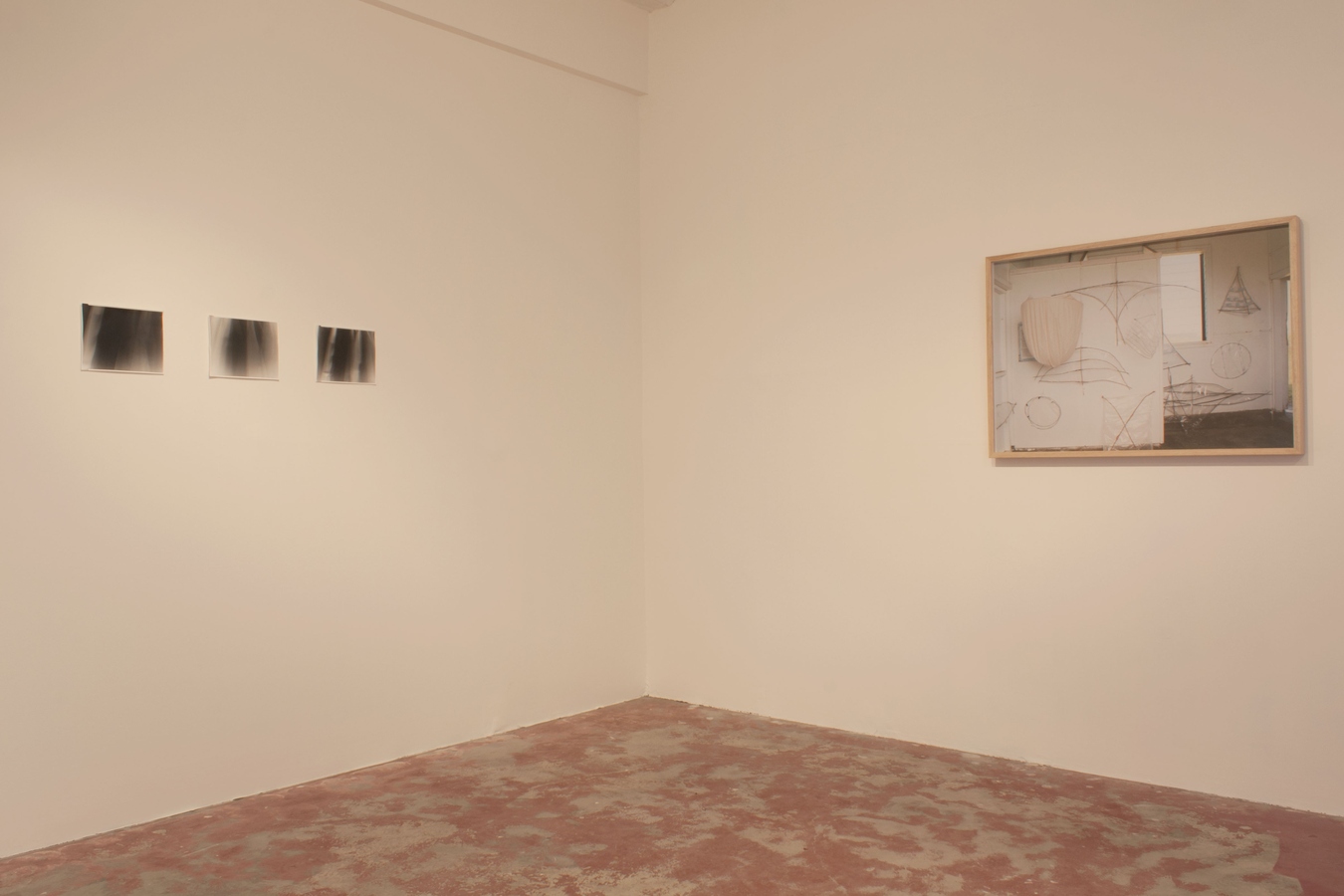 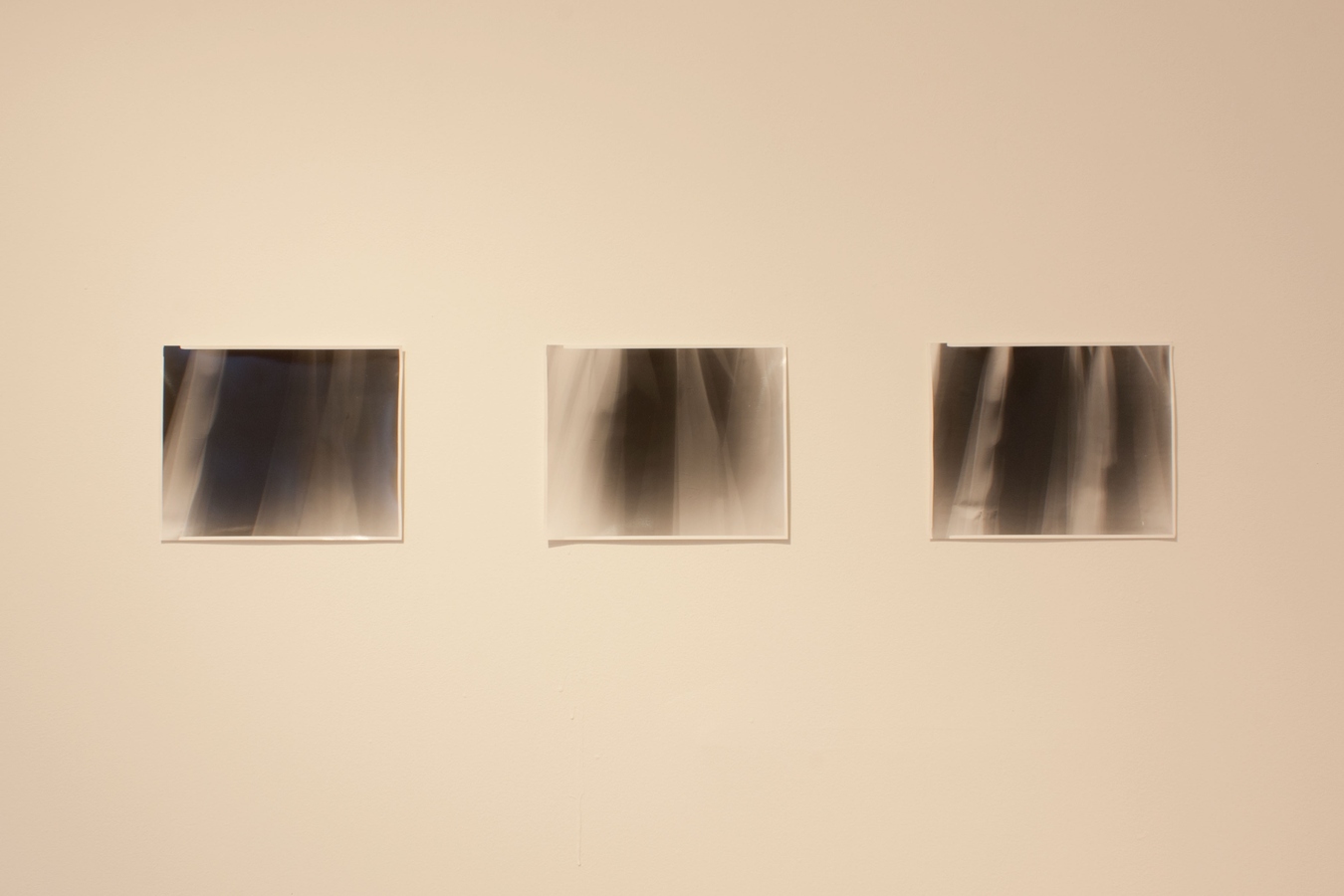 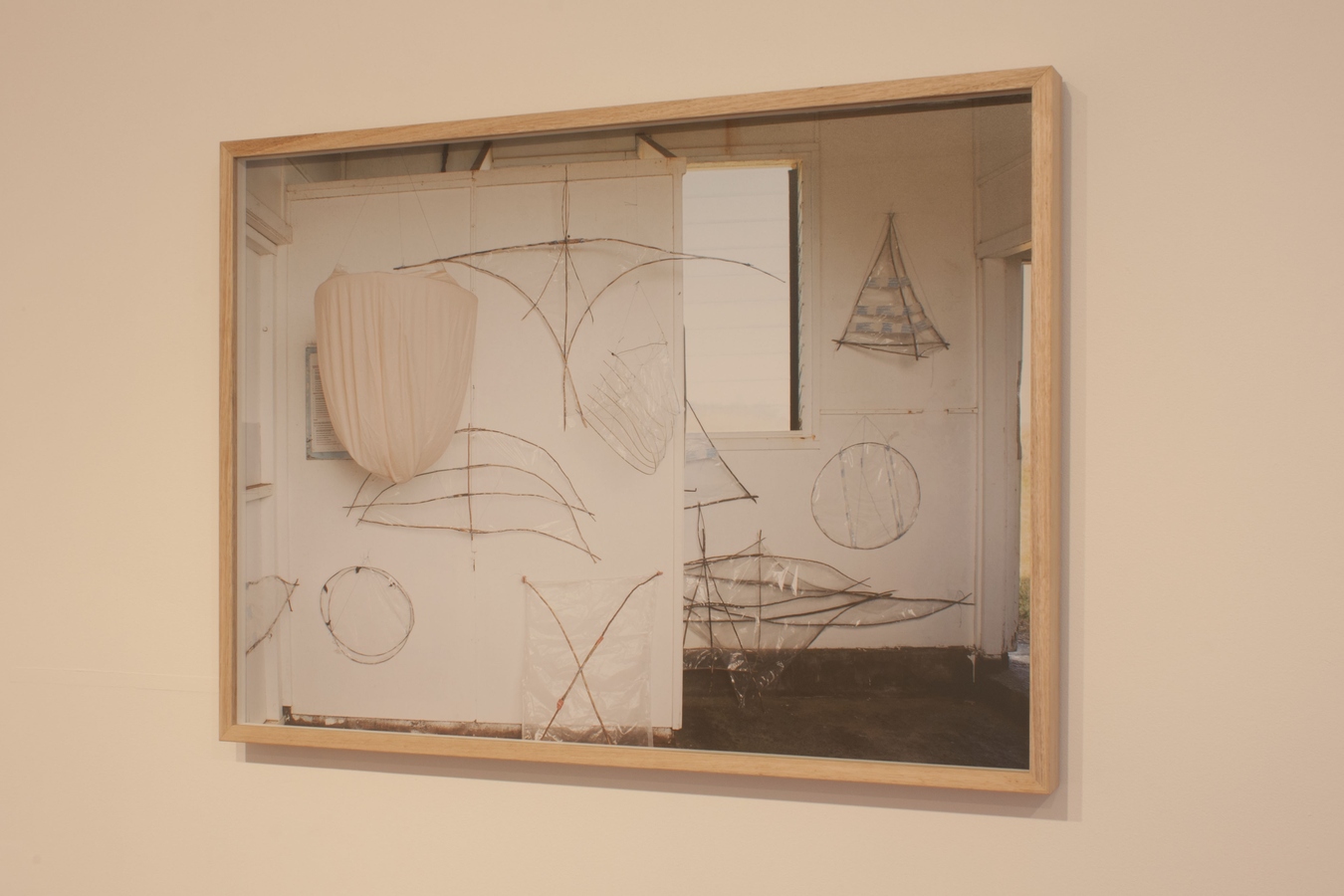 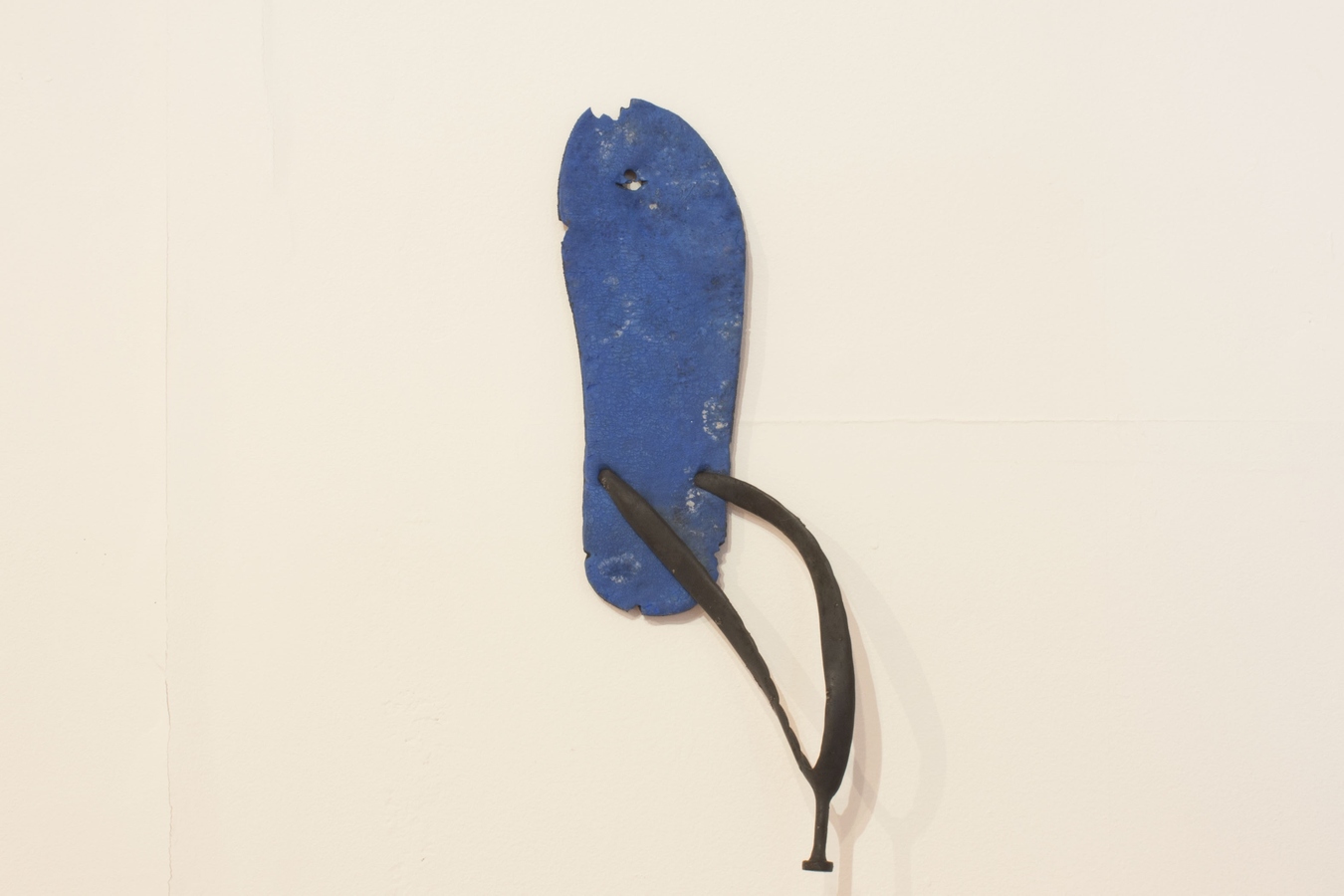 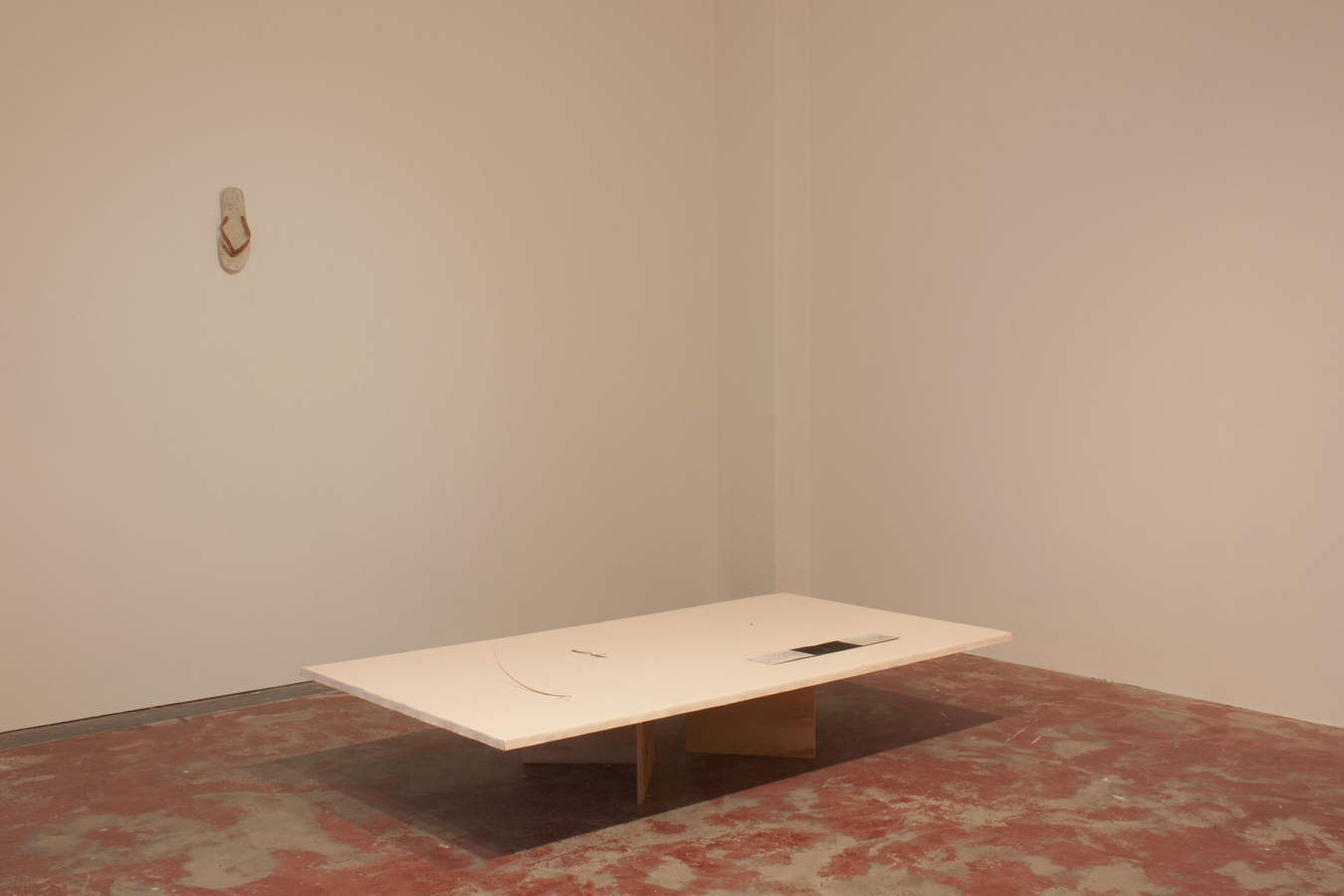 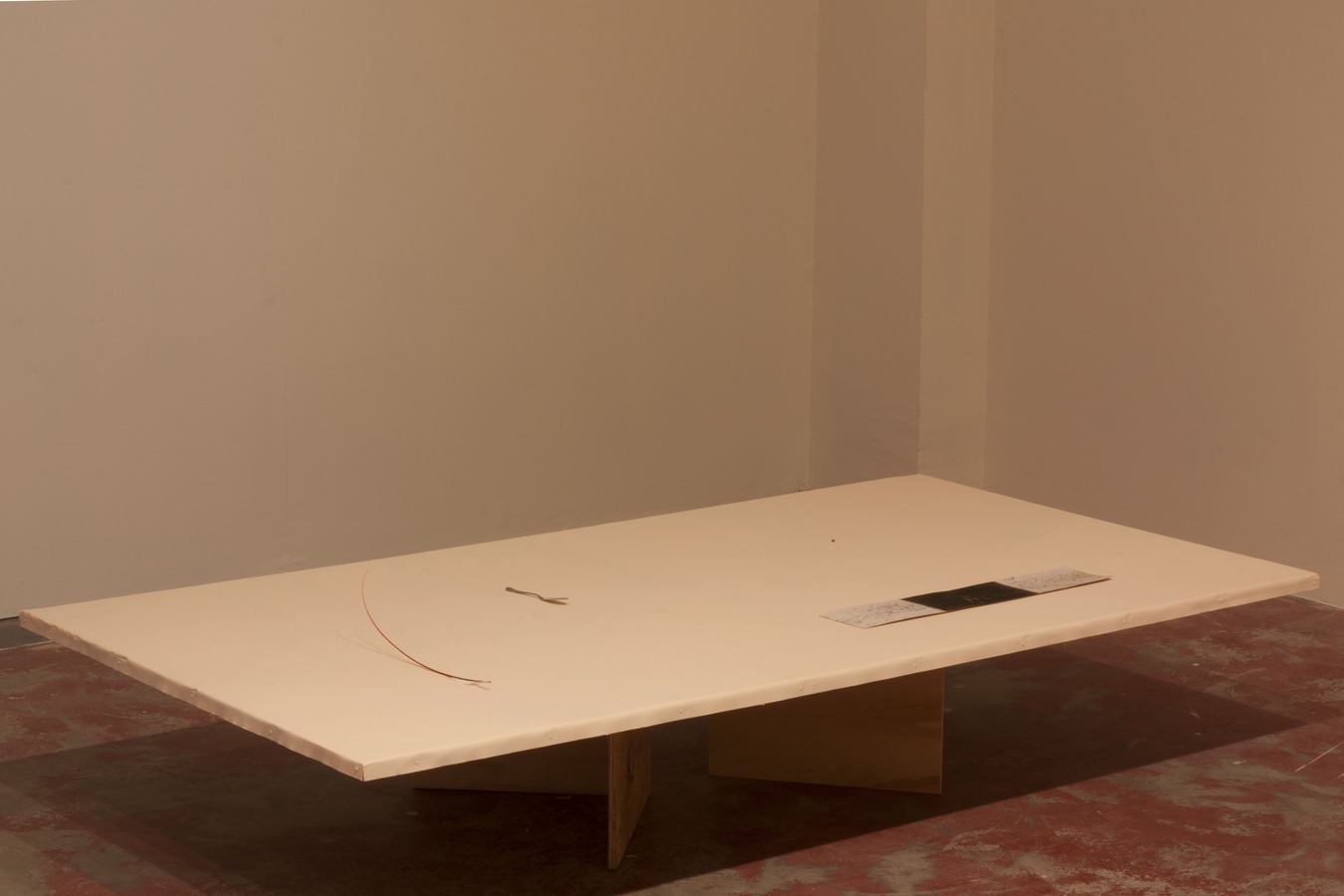 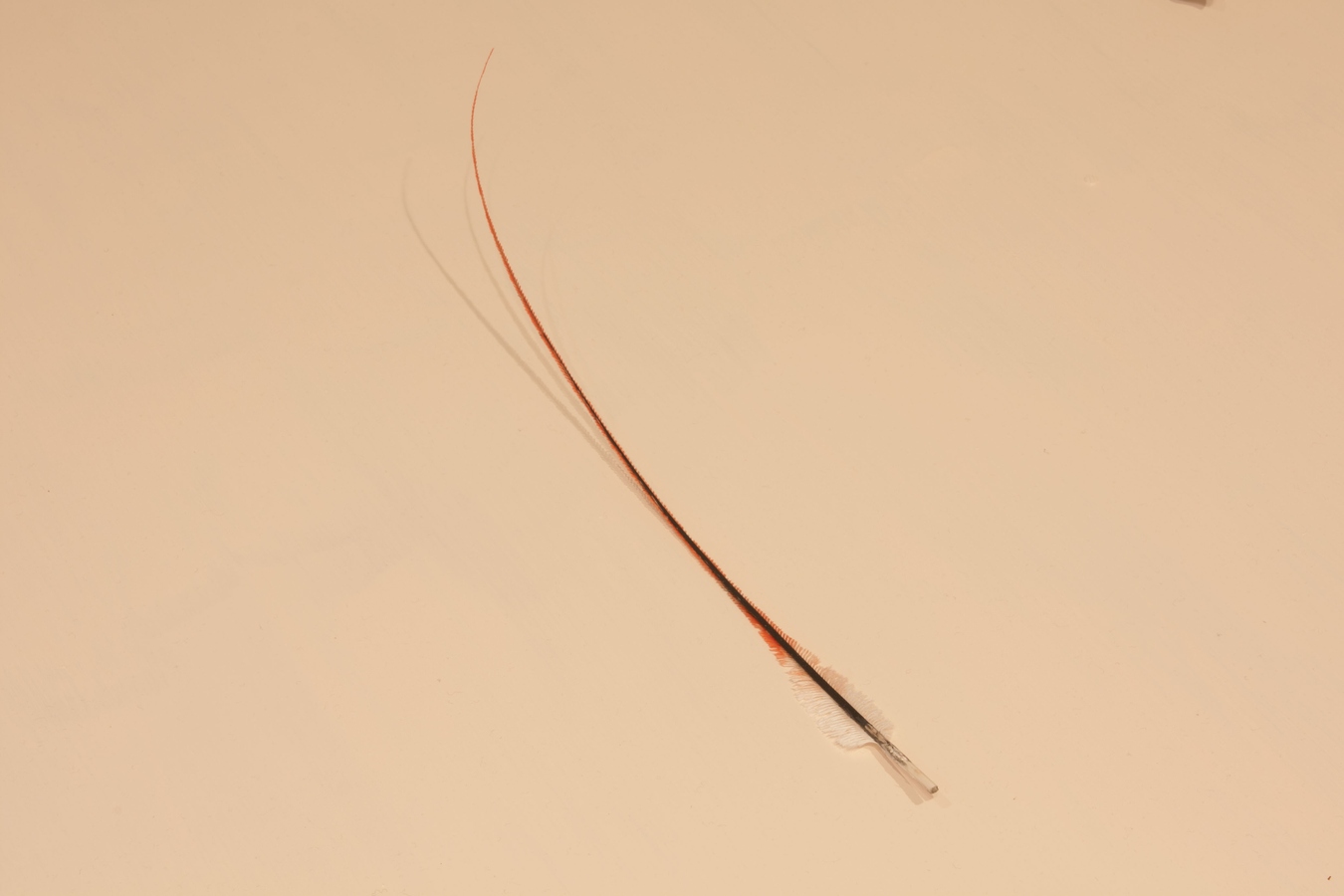 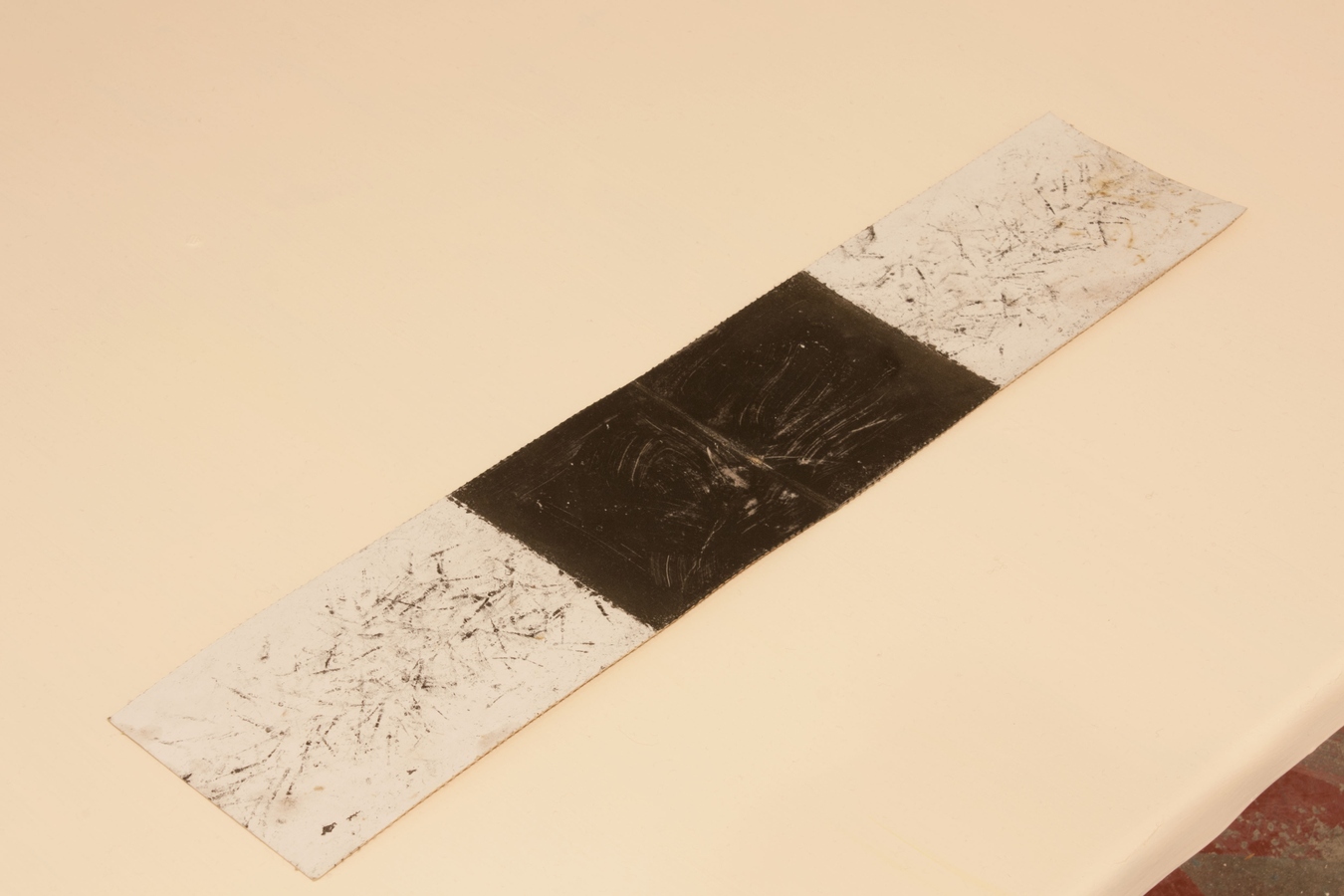 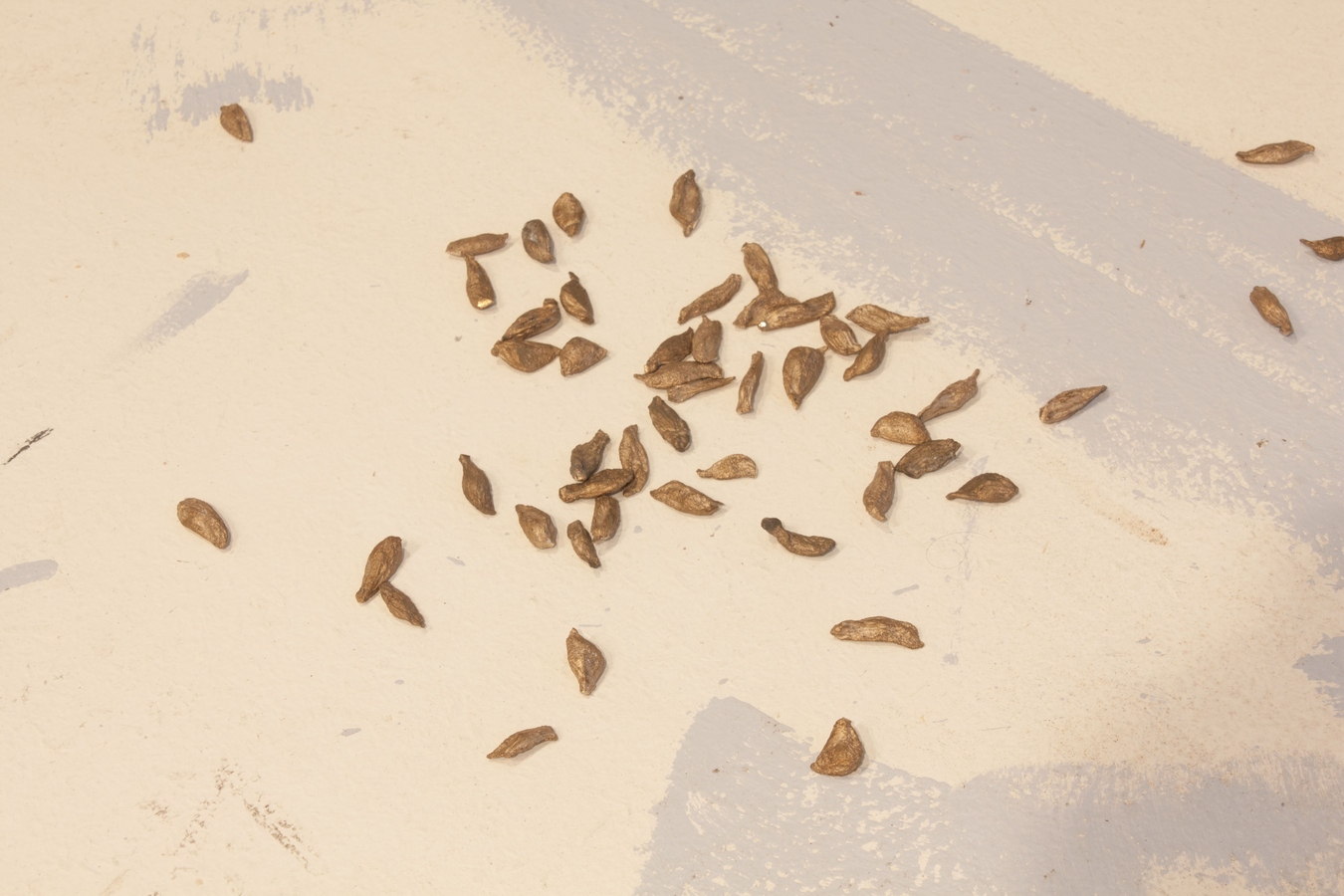 Associated text:
They say this island changes shape, Jasmine Gallagher, 2016.
Text is available for download below.

In They say this island changes shape Eleanor Cooper presents a series of new works based on practices of observation and participation in the natural environment during her time as a conservation worker on Raoul Island, in the Kermadec archipelago north-east of New Zealand.

Raoul is the only island in the Kermadecs inhabited by people all year-round. Since 1939 it has housed a meteorological station, a radio station and a hostel, now used by a small group of Department of Conservation employees rotationally stationed there. The work of these individuals centres around the revegetation of the island’s ecosystem to a state that may have existed prior to human contact.* On land, this mainly requires weeding the rugged terrain to rid the island of alien plant life.

Investigating ideas of remoteness and the possibilities of foregrounding nature while immersed in a unique place, in They say this island changes shape the artist engages foraging, storytelling and reproduction to create a series of attempts at developing sensory rapport with the natural environment.

* The history of the island’s contact with different groups of people includes brief early periods of Polynesian settlement, and much later—use by whalers, and European attempts to settle there. Māori scholars believe the Kermedec archipelago and Raoul in particular has a significant place in oral history as it may represent Te Rangitahua which was an important resting place for ancestors making the journey between Rarotonga and Aotearoa in the fourteenth century. Source: http://www.doc.govt.nz/

Eleanor Cooper (b. 1988) is based in Tāmaki Makaurau. She studied at the University of Auckland for a BA in Philosophy and a BFA (Hons) (2012). Recent exhibitions include Loverdose Tattoo at Pilot (2015); Man with sword arrested at North Projects (2014); ELECTIONS 2014 with Ella Grace McPherson-Newton and others at RM gallery (2014); community design workshops at James Watson Reserve, Otara with Chris Berthelsen and Xin Cheng (2014); Mount Eden Information Kiosk with Melanie Kung at split/fountain (2013), Hermes' Lack of Words at Artspace (2013).