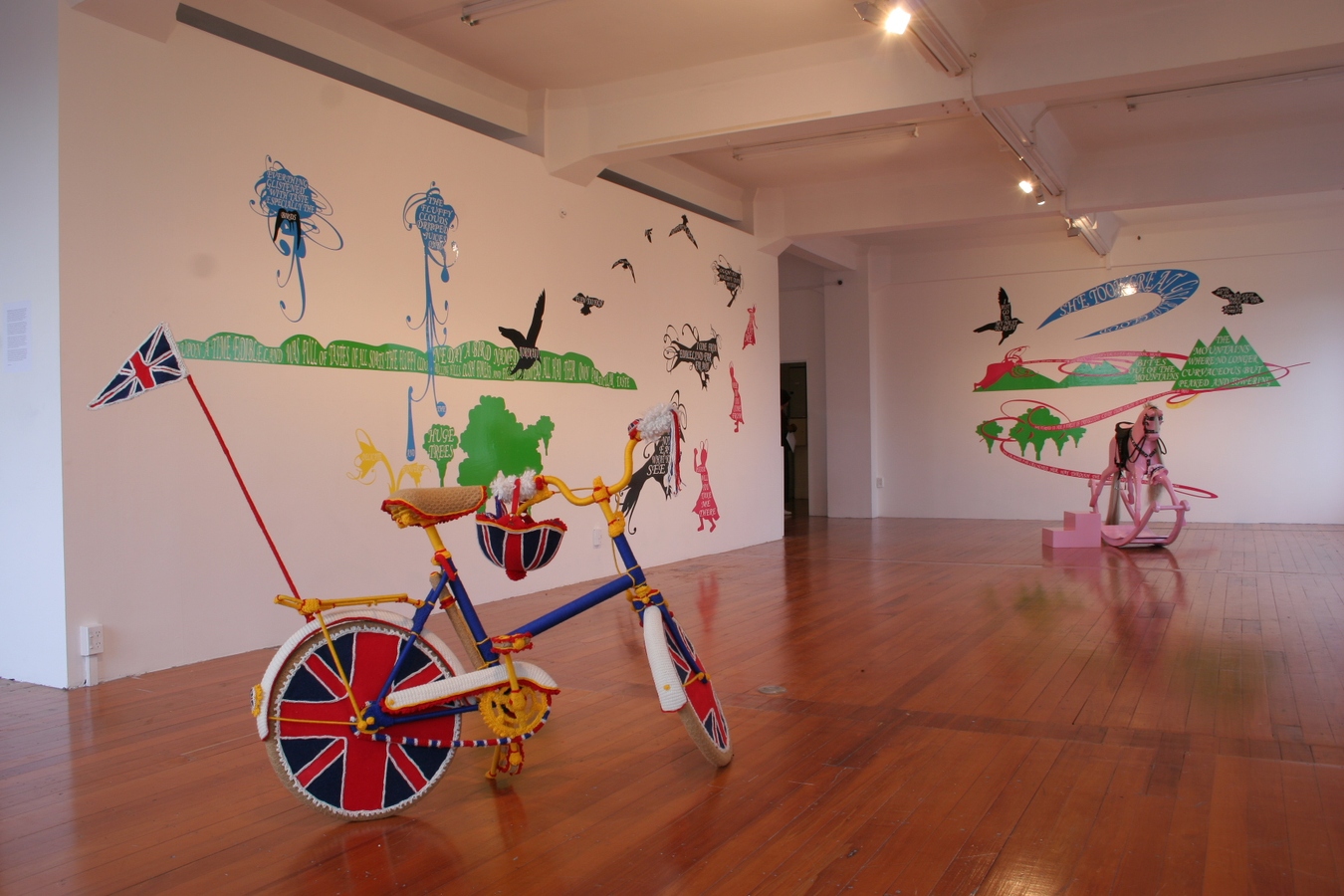 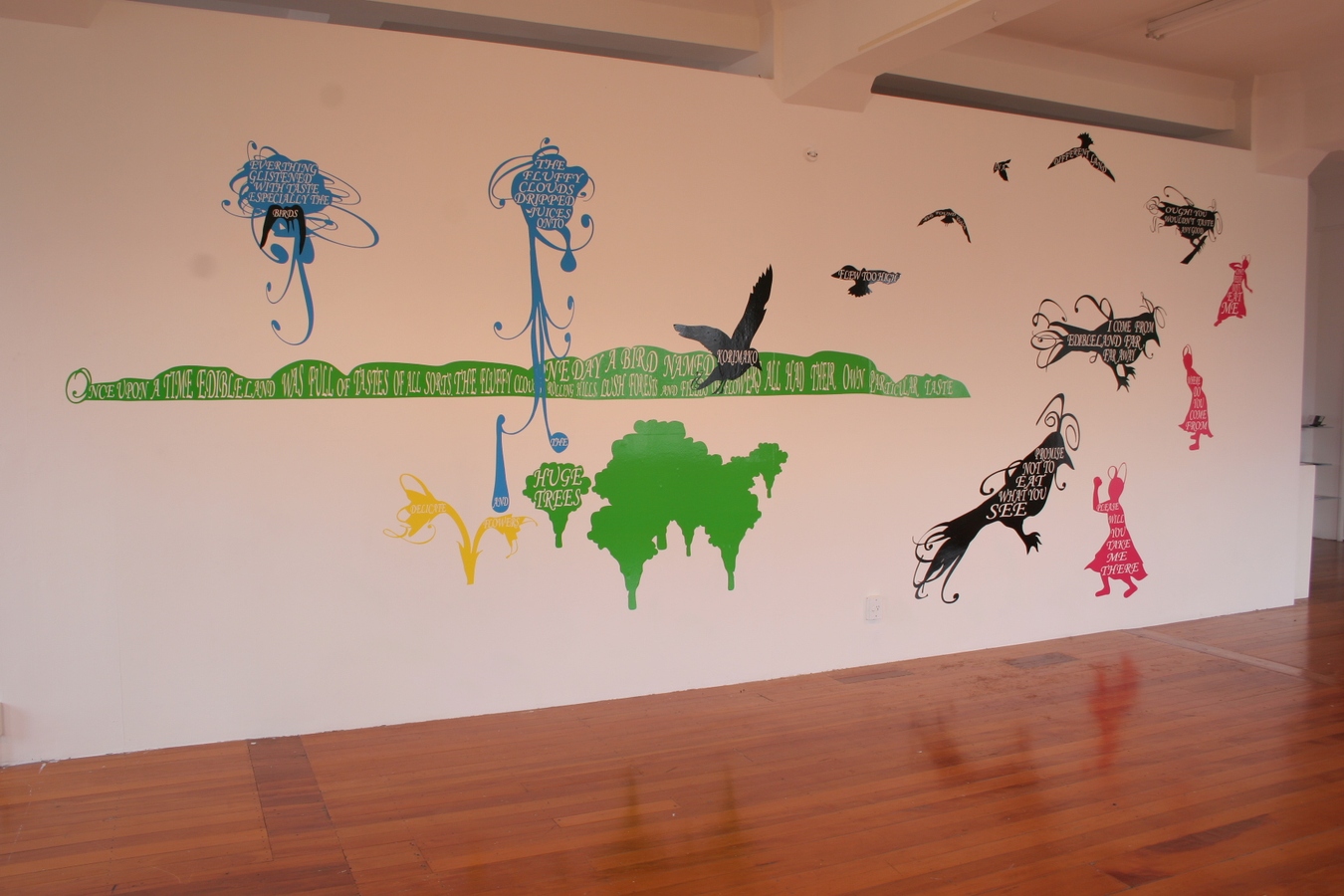 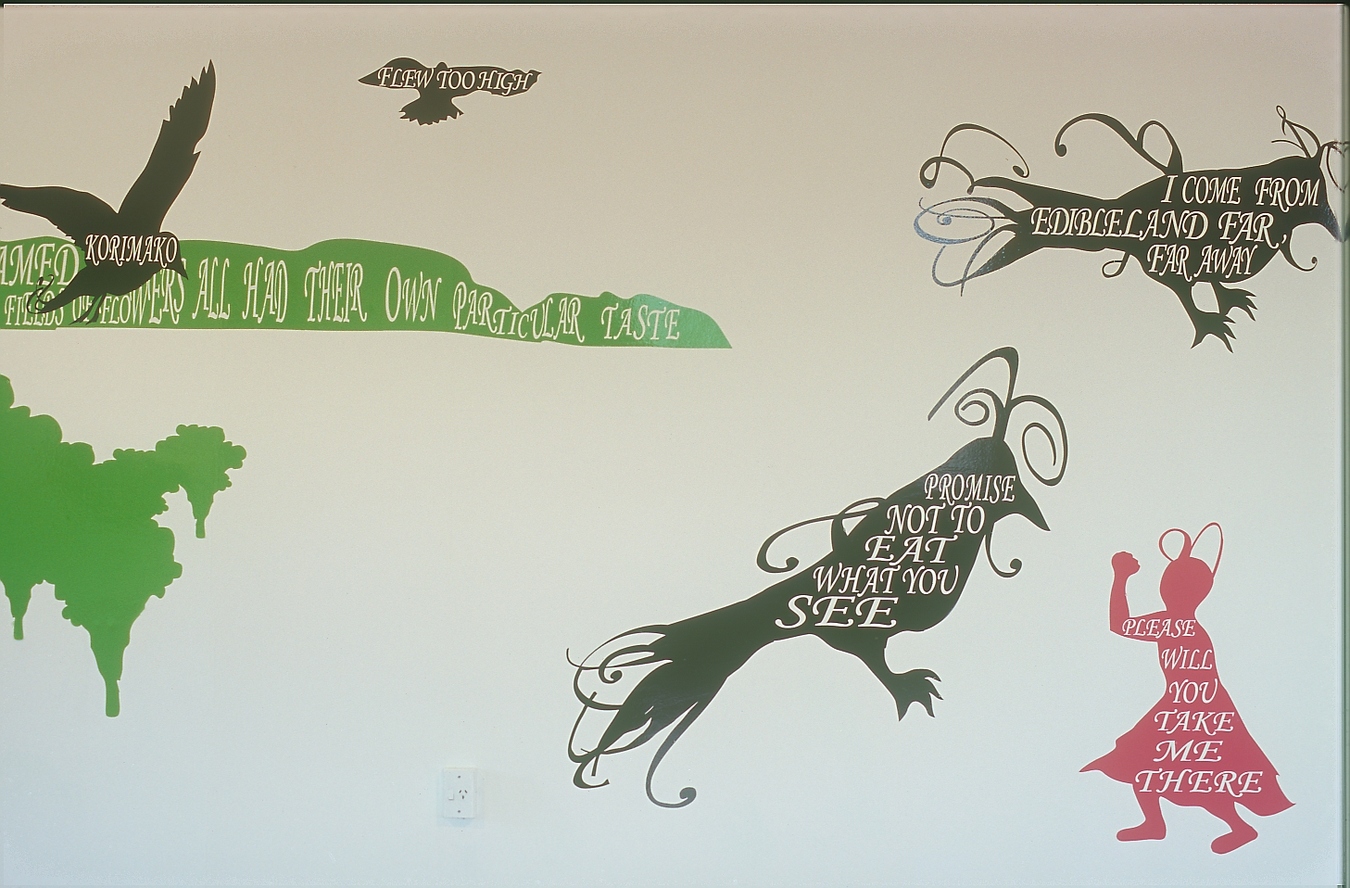 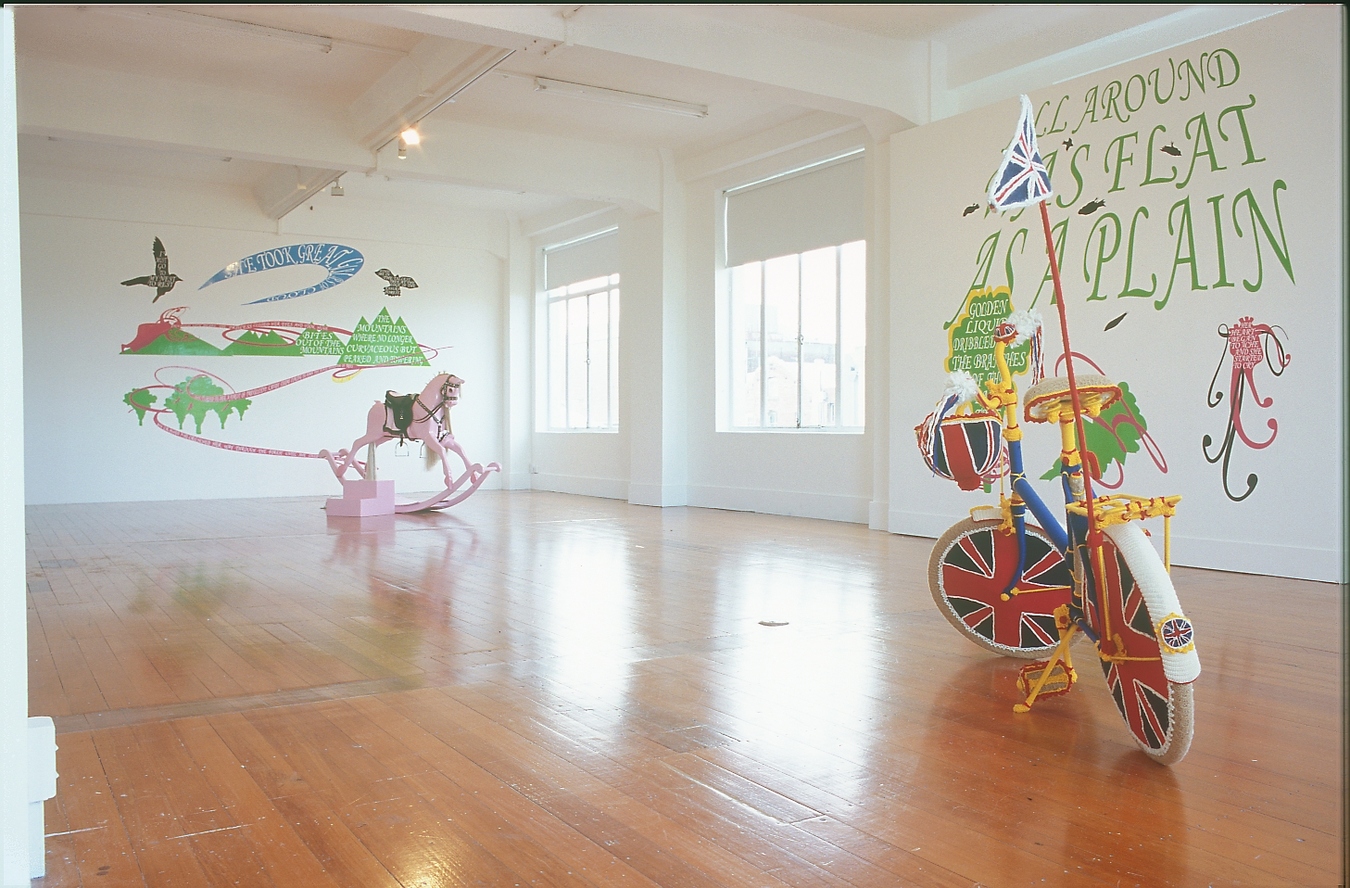 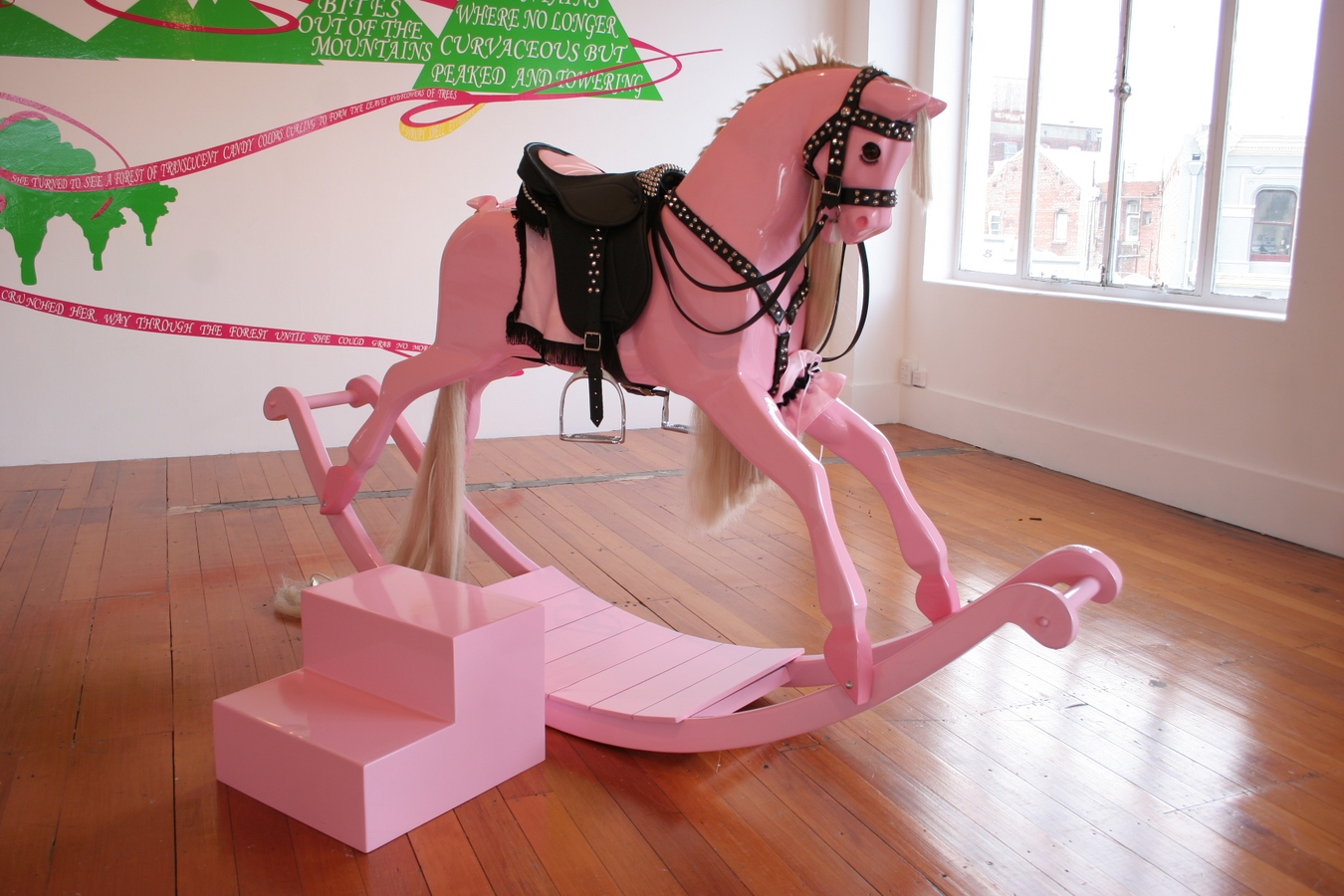 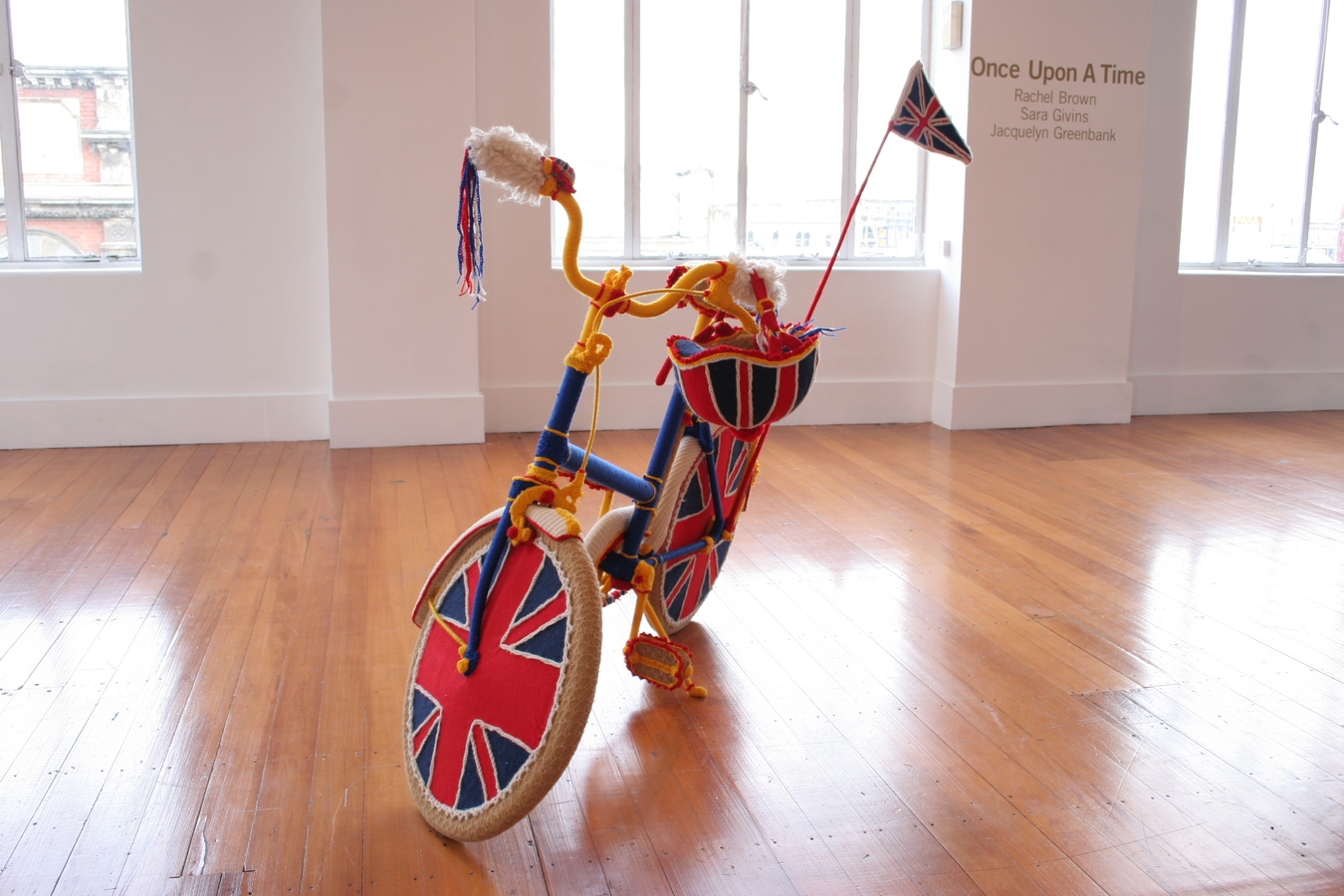 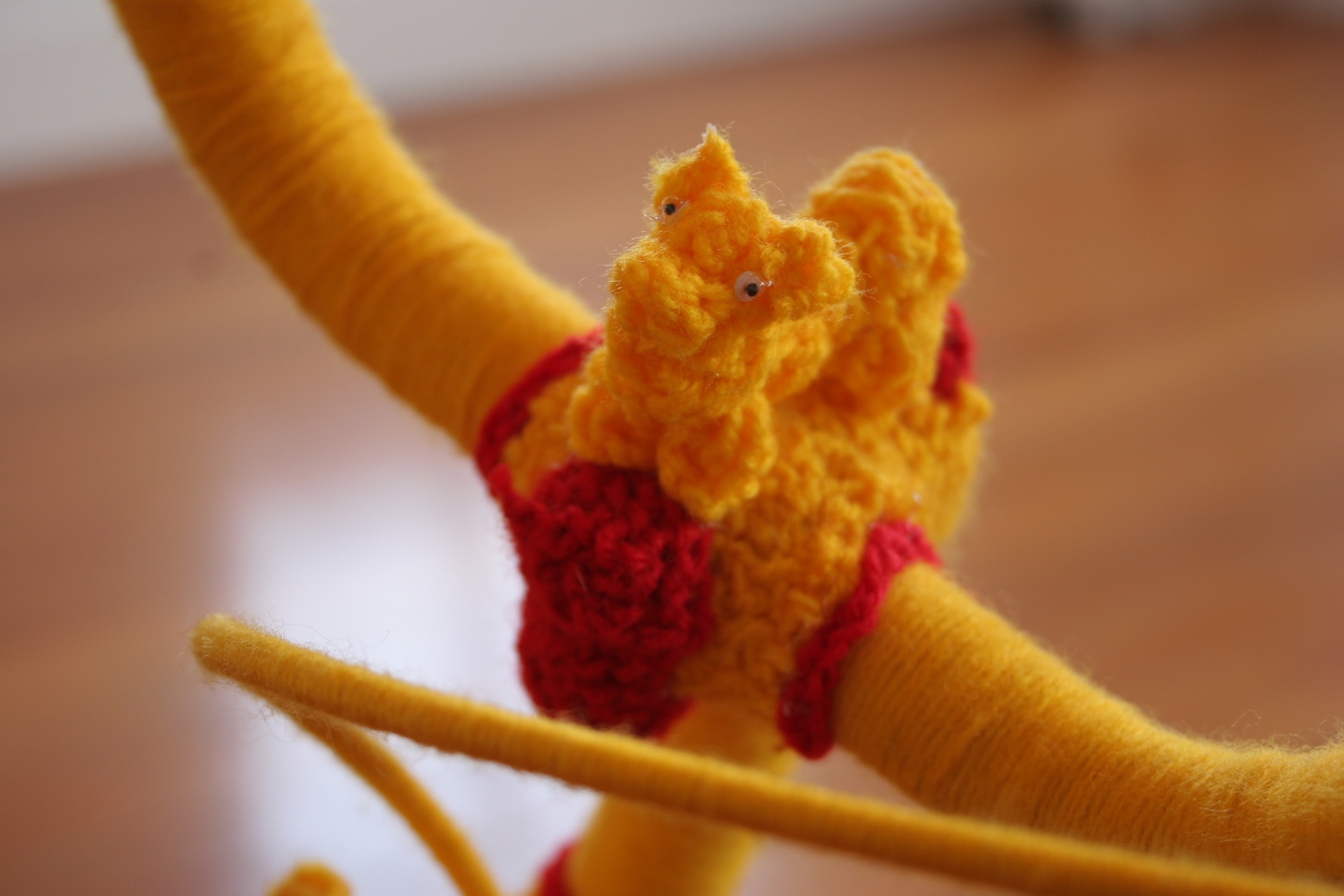 Once Upon A Time brings together three artists at The Physics Room to tell a few tales.

The exhibition employs the diverse artistic practices of three artists who transform and reconfigure everyday objects and concrete poetry in a playful exploration of fictionality and desire. Born out of childhood whimsy and mediated by the transition into adulthood, the exhibition is a celebration of multiple truths and copious lies told through children’s story books. The works are slippery, they defy fixed reading. Instead they entice the viewer to project their own stories and daydreams onto the experience.

Rachel Brown’s up-sized rocking horse (for your pleasure) transforms a familiar childhood play toy into a highly sexualised adult fantasy. Clad in studs and leather, reminiscent of sex shop fetish objects, this rocking horse is built to tickle your fancy as the saddle vibrates beneath.

Sara Givins’ concrete poetry envelops the gallery space, covering the walls in a vibrantly coloured landscape of words and whispers (with a selection of birds escaping to spread the rumours). Propelled by the creation of a localised mythology, where the heroine turns tormentor, Givins suggests how the Canterbury landscape took shape.

Jacquelyn Greenbank continues to develop her interest in craft processes, and the phenomena of Royalists based around a fictional post-millenium Queen’s Royal Tour. In this exhibition she showcases the vehicle that would be used by her ‘royal watchers’ - the loyal loving fans who avidly follow the Queen wherever she goes. A transformed Raleigh 20 bike stands proudly to attention in a spectacular display of crochet prowess and unashamed kitsch.

Once Upon A Time
Appliance, Artists Alliance magazine issue #72

Once Upon a Time