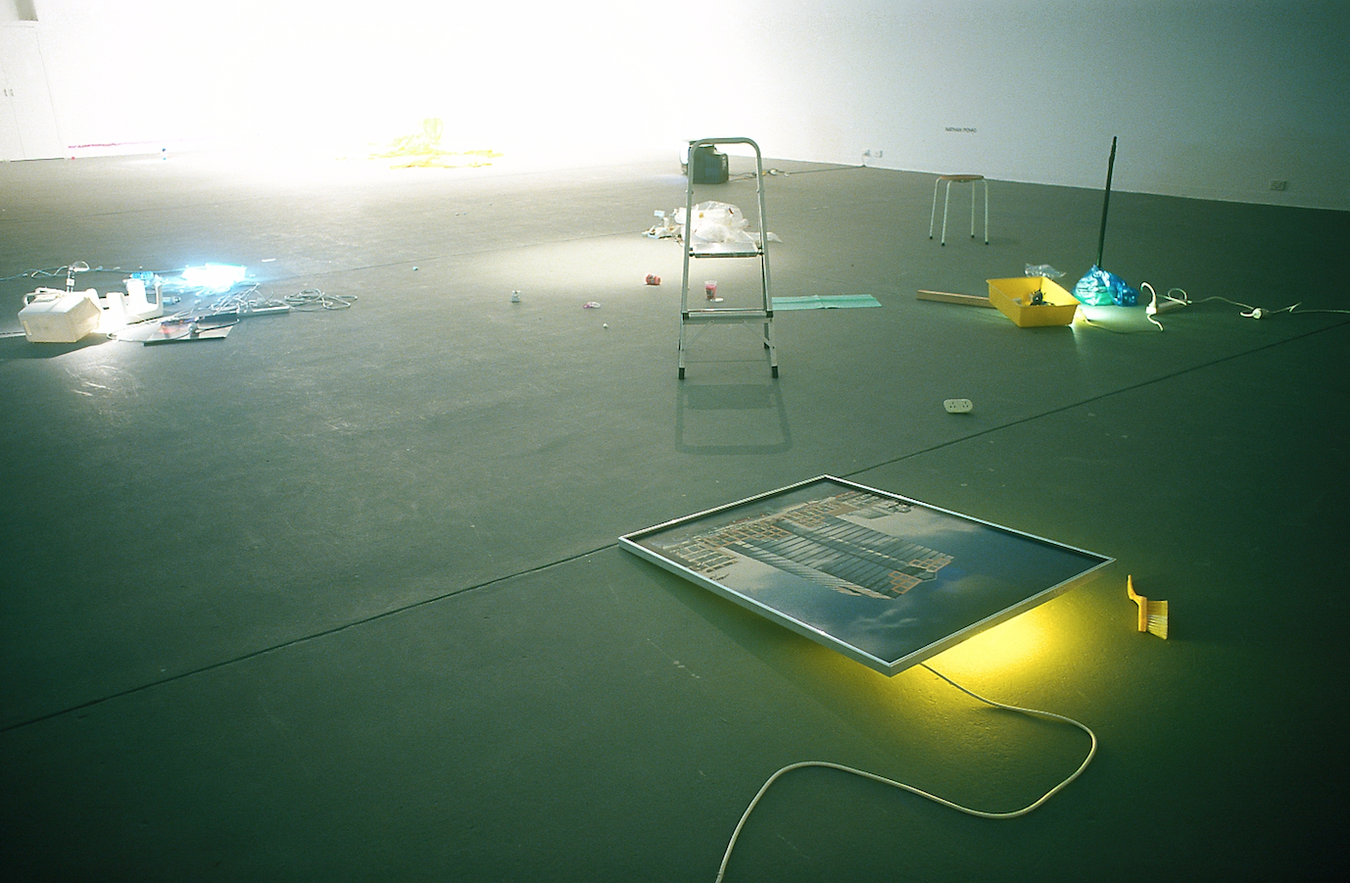 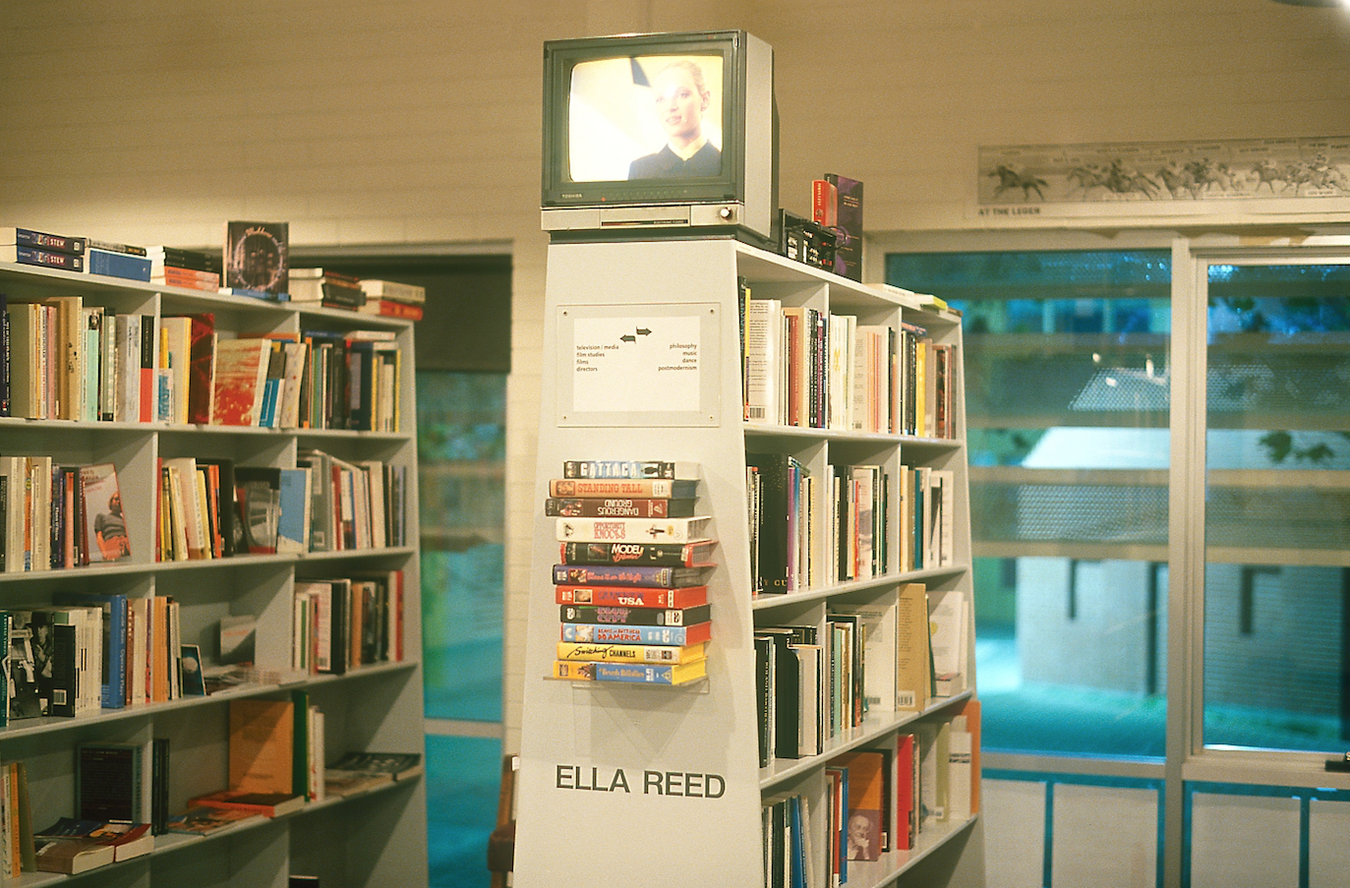 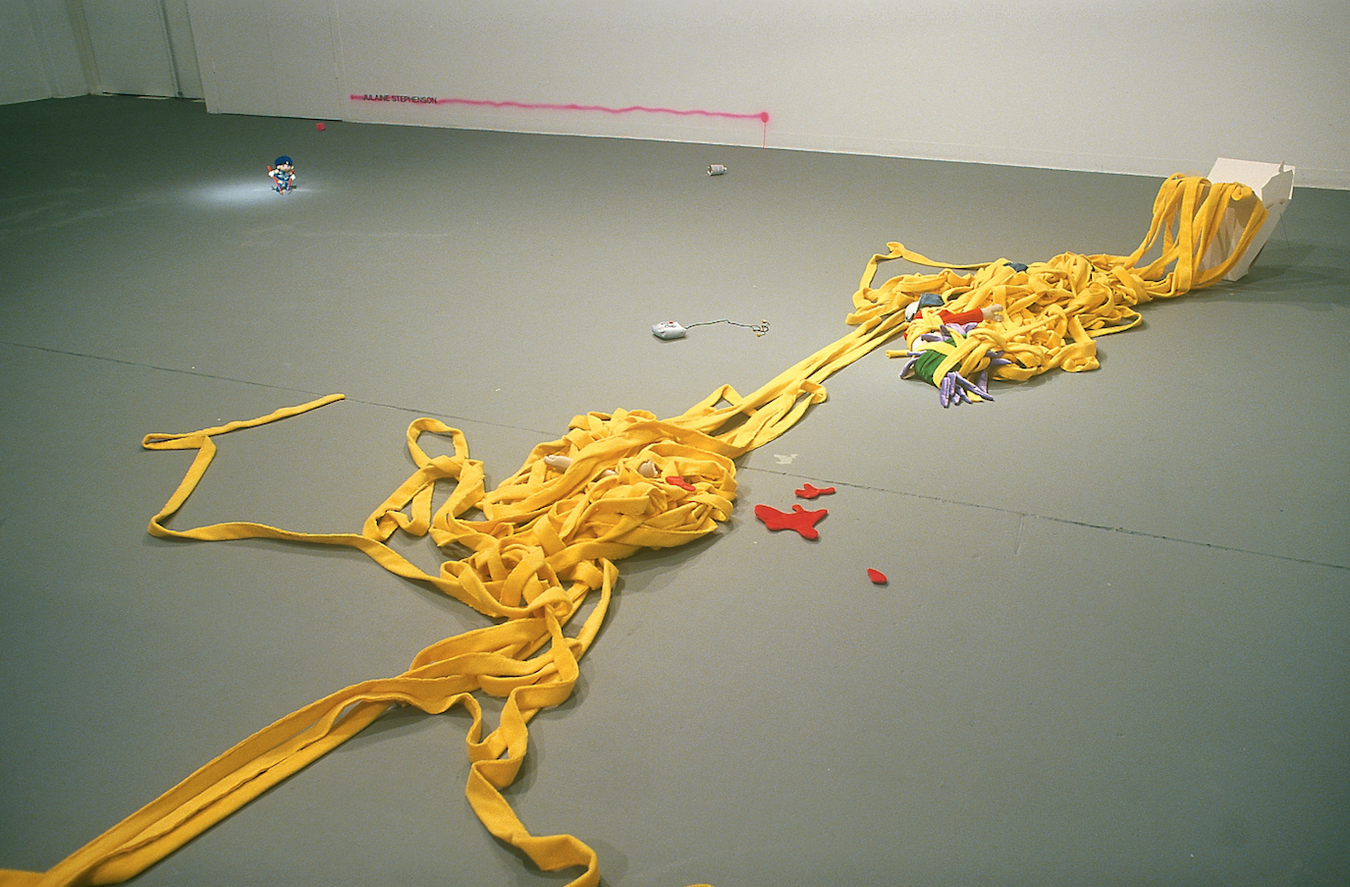 In part two of the exhibition exchange between Christchurch’s The Physics Room, and The Experimental Art Foundation, from Adelaide, EAF presents Thrash, an exhibition of artists curated by Emma Bugden of The Physics Room. Sharing a civic relationship in their (sister) cities, the two spaces have had an informal relationship for some time, culminating with this current series.

The artists in Thrash mix up humor and satire in generous scoopings, informed by both the stark aestheticism of an art historical minimalism, and the throwaway consumerism of contemporary pop culture. Discursive, often oblique or throwaway, their work focus’s on the ordinary stuff of lives, finding humor and critique in the everyday matter and transforming the mundane and unseen.

Part scavenger and part hobbyist constructor, Dan Arps creates sprawling installations which colonize space, crawling up walls, hanging off windows and ceilings, and spilling out doors. From meticulous cardboard and paper constructions to warehouse buckets and $2 shop detitrus, Arps gathers material seemingly randomly, yet each installation is painstakingly built up and layered. For Thrash Arps’s constructions span the back section of the gallery, a mix of selections from his ongoing project The Museum of X and Dolphins, (which displays artifacts which contain an ‘X’ or ‘dolphin’ theme to them) and a diverse range of objects the artist found in hardware stores in Adelaide, and in the gallery’s back rooms - plastic dolphins nestle with white plugs inside a bucket, a light glows under an eighties print of a tacky Christchurch building, the paraphernalia of storerooms - bubble wrap, polystyrene, cardboard.

Minimal to the point of barely there, much of Ella Reed's work plays on subtle interventions which tease and often perplex the viewer. In Thrash Ella’s work is placed discretely in the accompanying gallery bookshop, a small TV monitor playing a range of commonplace videos, which can be changed at will by the audience. Placed at an angle at which both staff and public can view, Ella’s work offers a brief respite from the sometimes arduous experiences of academia and theory, providing a range of entertainment options for the viewer in a piece which is more generous than cynical.

Ngai Tahu artist and filmmaker Nathan Pohio’s work is infused with an enjoyment of the vagaries and idiosyncrasies of those around him. Highlighting bizarre obsessions and quests, his work is a playful celebration of the weird and wonderful in us all. In Sleeper, included in Thrash, two monitors face off against each other, one showing a close-up of the artists nephew sleeping, his child’s face innocent and unexposed. On the other monitor plays the continuos shot of the boy’s ceiling view, day glo stars and planets lit against the dark. Capturing a moment in time with his unerring instinct for a gentle, yet biting humor Sleeper is a work which is both playful and touching.

Creating a whimsical tableau of danger and intrigue, Julaine Stephenson presents a snapshot of her larger-than-life, soft toy creations Sugar and Candy in a piece entitled Sugar Takes Candy Out. In an earlier episode at Christchurch’s public art space the Kiosk, Sugar, in a spate of greediness, was found ripping superfluous pieces of body adornment off Skater girl (AKA Candy). Unsatisfied with the recent spillage of blood, the pint sized femme fatale then called in the heavyweights to rid her world of the scourge of Candy. Now Sugar has discovered haute cuisine and the ancient art of the Ta-ke-a-way. Sugar's still out for a piece of Candy!