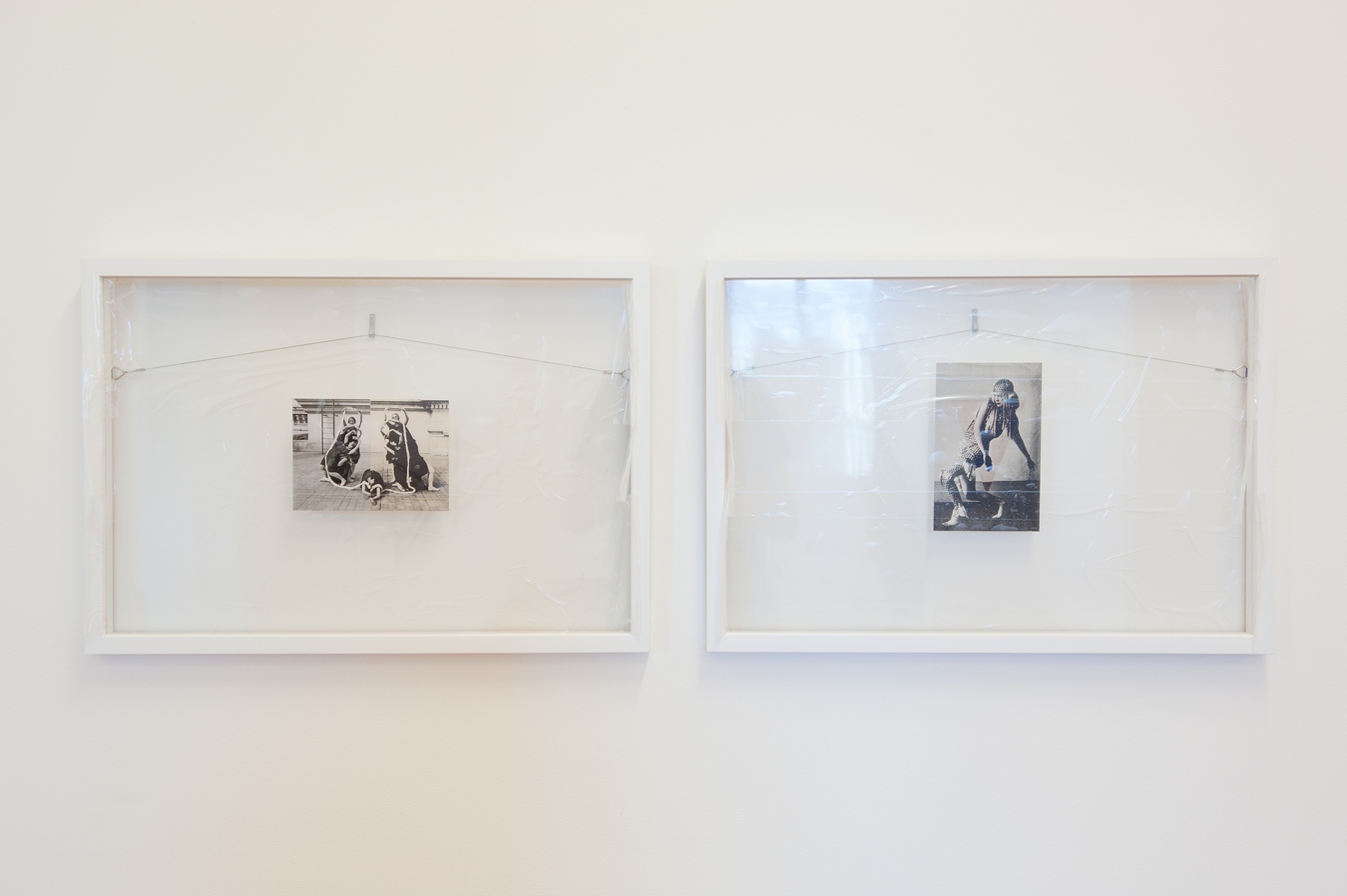 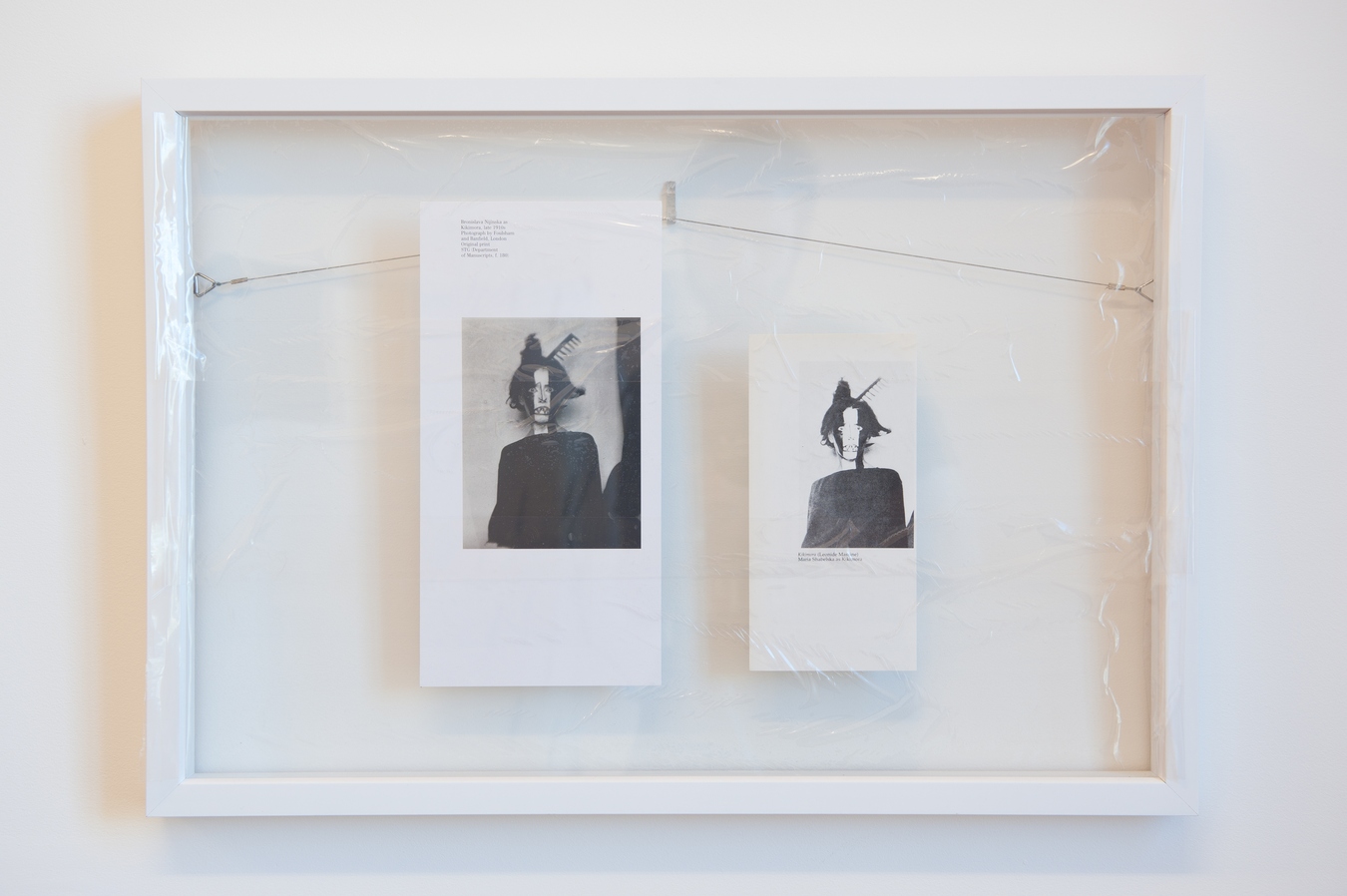 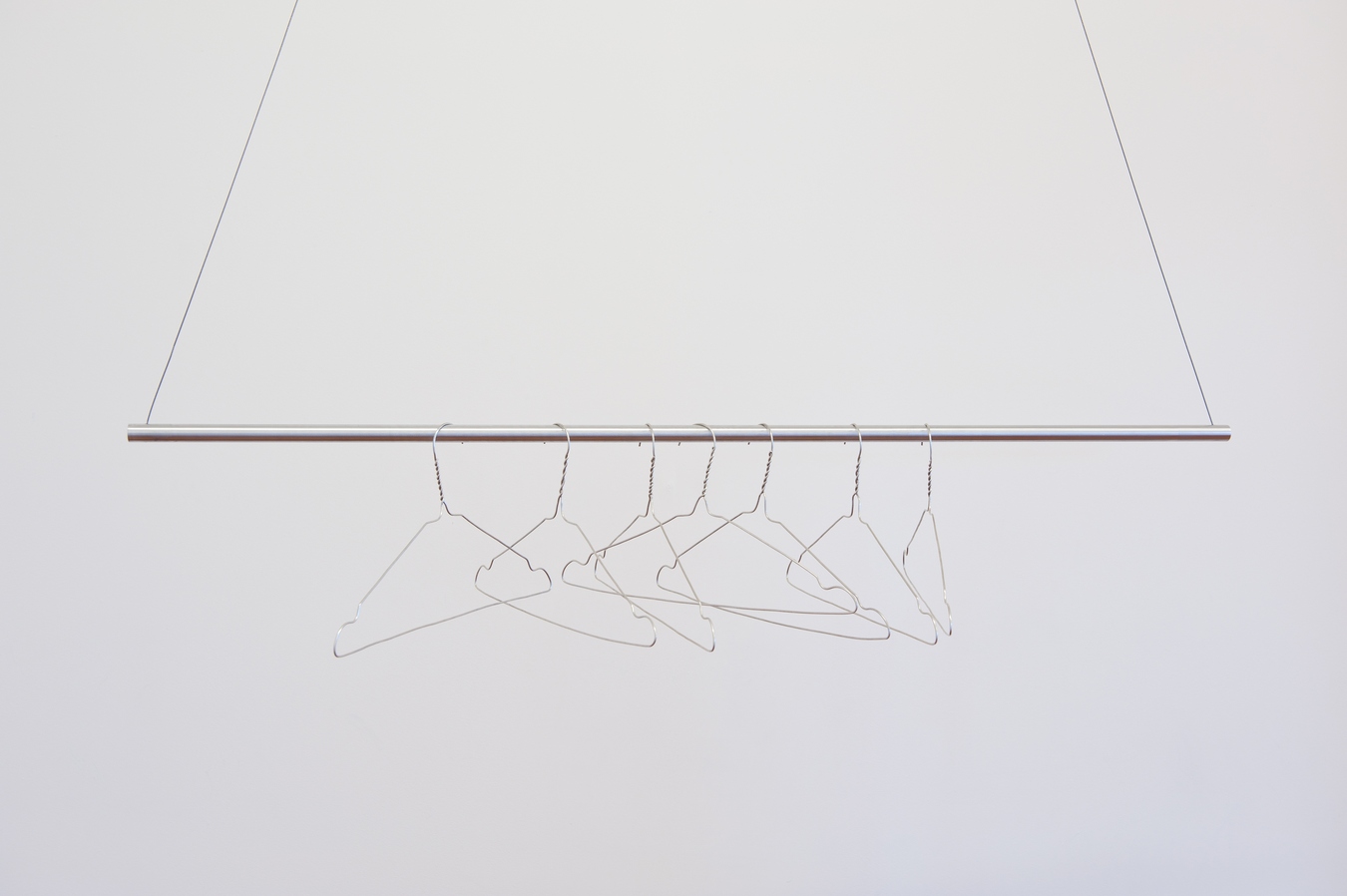 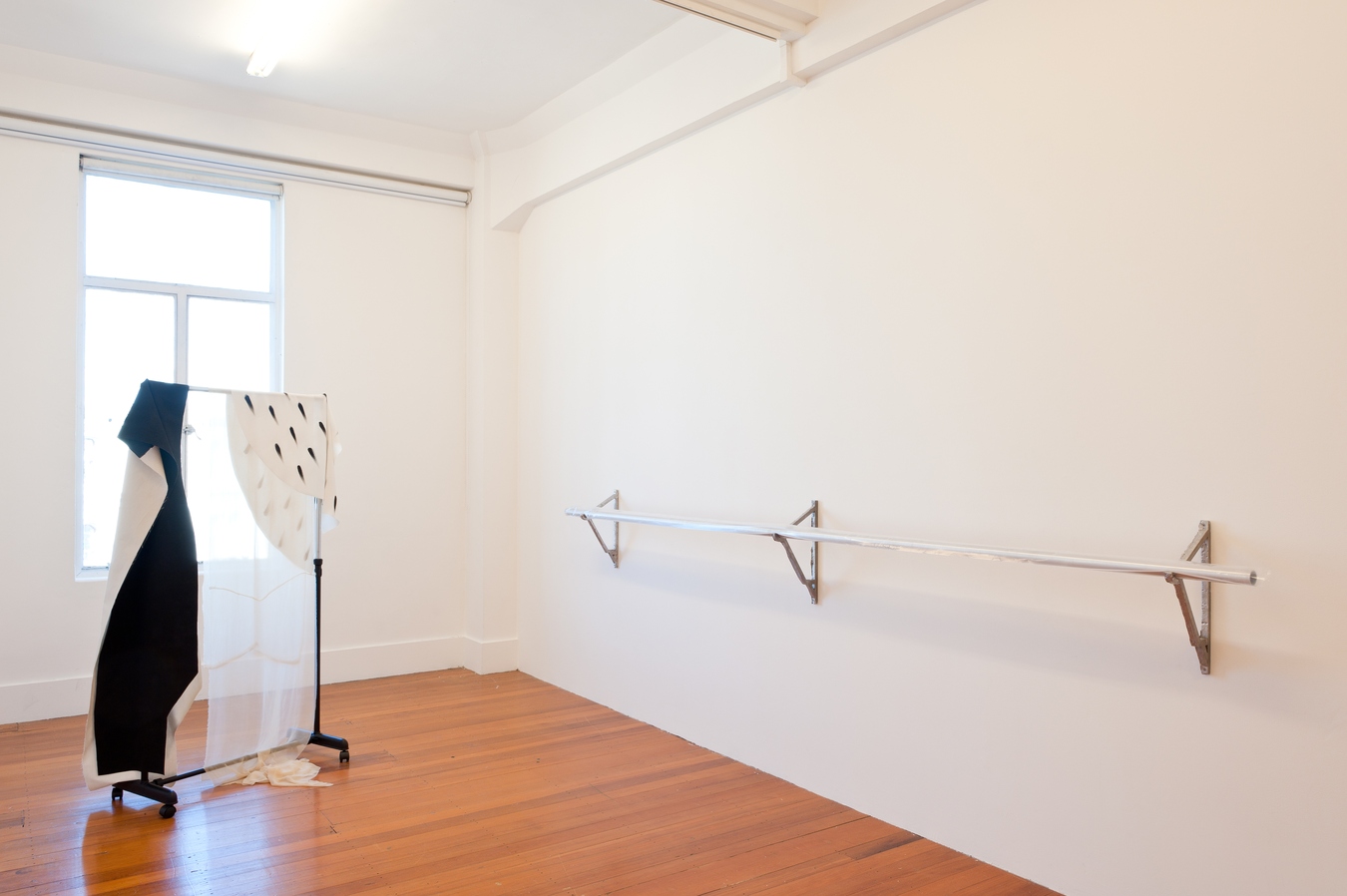 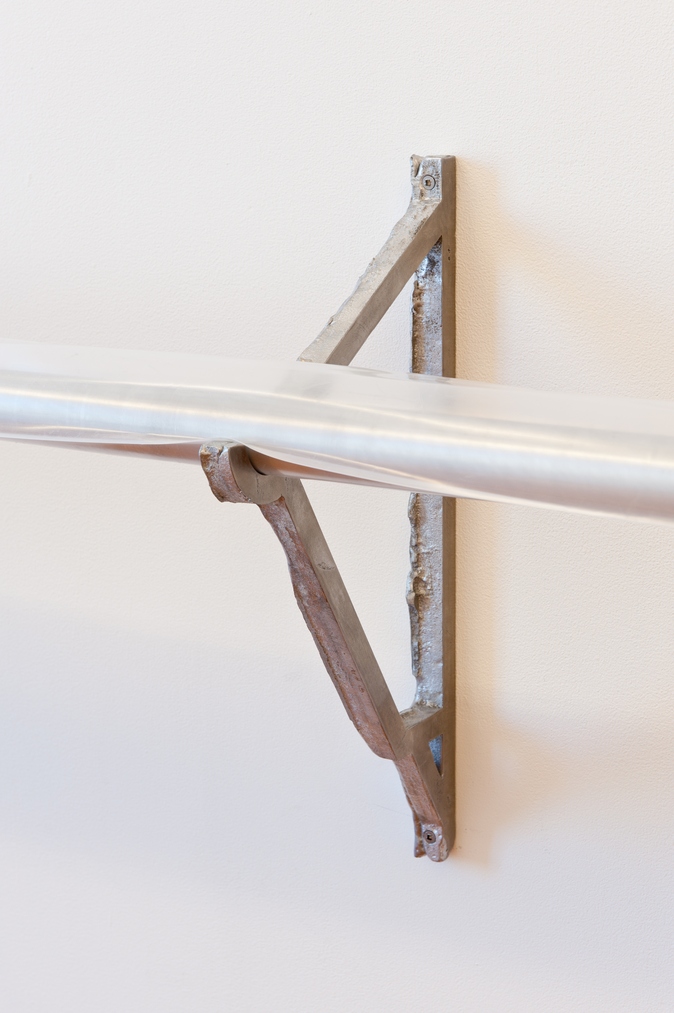 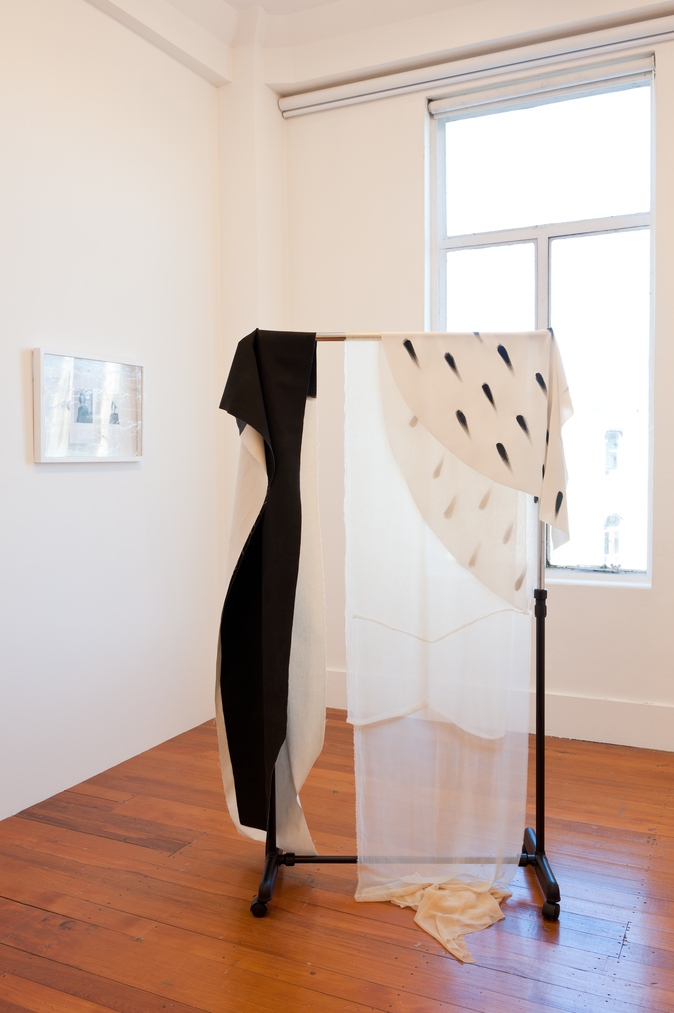 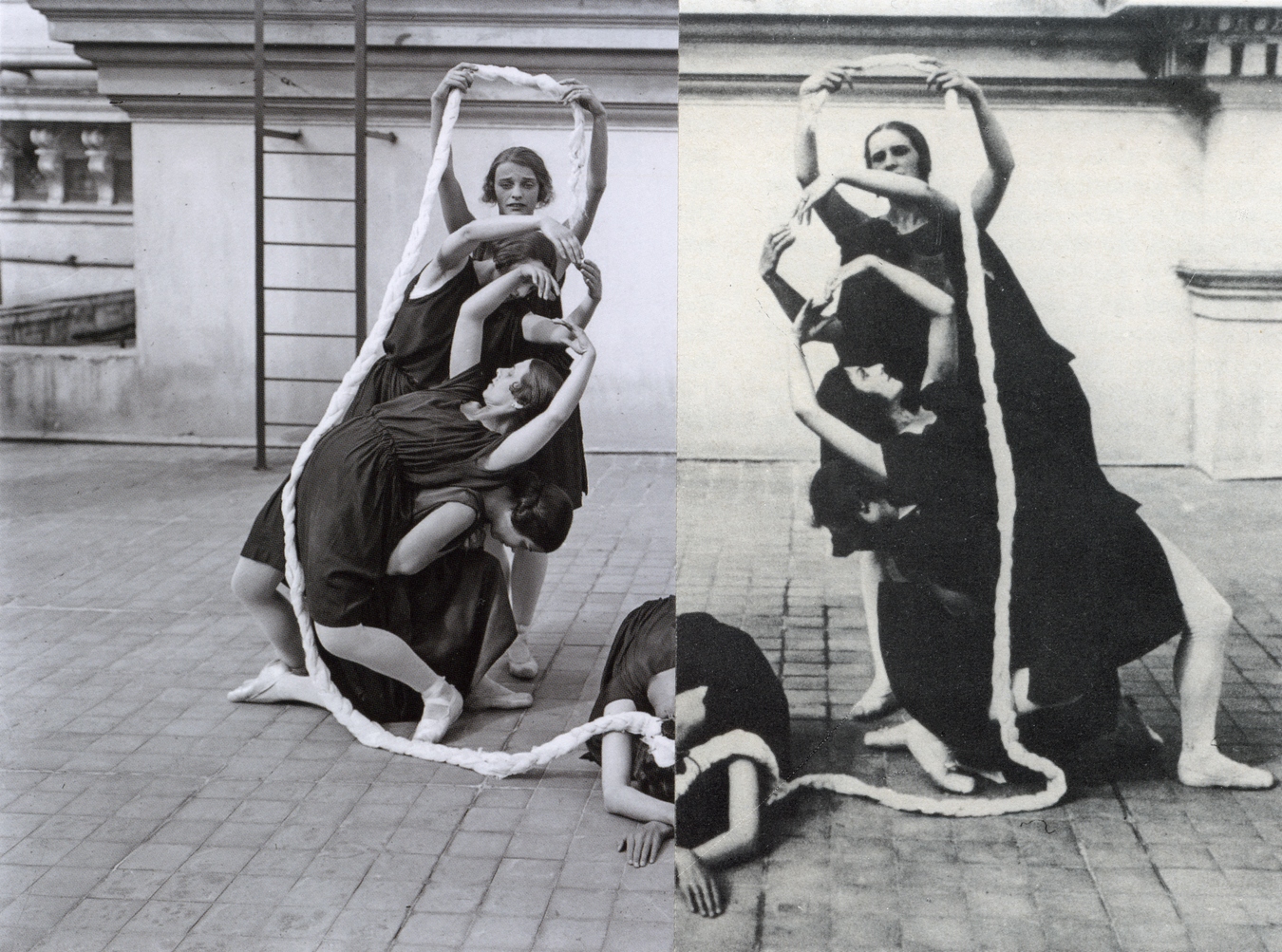 Dancing Celestial is a 12th century Indian sandstone sculpture of a dancing woman. Artefact L.1993.88.2, it is the Promised Gift of Florence and Herbert Irving to the Metropolitan Museum of Art, New York. Dancing Celestial was photographed at the museum in June 2010, as part of a new work planned for The Physics Room. However the film was accidently exposed by airport scanners, causing the image to completely disappear.

Dancing Celestial now frames new works; a dance barre to support the body, a clothing rack to hang your jacket on. Objects that hint at everyday movements and esoteric gestures. Objects haunted by the possibility of movement and action. Each piece is made up of components cast from open moulds; brackets and coathangers that are articulated only on one side, their other half lost in the process of replication. A series of collages present images of Bronslava Nijinska’s Les Noces, Lucia Joyce, and a dancer dressed as Kikimora, from the 1910 Ballet Russe dance of the same name. The collages, created by identical images found in different books, reveal historical documents that morph and change according to different contexts. These book pages, held between sheets of glass, allow the gallery wall and the frames own method of hanging to be apparent. Different walls, other homes, or a gallery storeroom create new backgrounds for these images of dancing women to rest against.

Between the historical documents, artefacts in museums, and “beyond the political speeches, magazine advertisements, letters and music that traditionally compose our view of the past are exuberantly physical beings”.1 Dancing Celestial hints at the past gestures of female artists, whilst at the same time offering objects that could be used in the current moment. Dancing Celestial presents the viewer with the potential for action, creating a space between things, a space latent with the potential for various meanings to be formed and movements to be made.

Since graduating from Elam School of Fine Arts in 2001, Sriwhana Spong’s work has been exhibited throughout Australasia and more recently in the USA and Europe. As well as maintaining a schedule of solo shows, Spong has participated in group exhibitions including: Scene Shifts, Bonnierskonsthall, Stockholm (2010); Exhibitions, Project Arts Centre, Dublin (2010); New World Records, Sutton Gallery, Melbourne (2009); Turbulence: 3rd Auckland Triennial, ARTSPACE, Auckland (2007); and A Tale of Two Cities, Busan Biennale, Busan (2006). In 2005 Spong was the winner of the Trust Waikato National Contemporary Art Award, in 2007 she completed a residency at Artspace, Sydney, and in 2008 she participated in the ISCP Studio Residency Program, New York. Nijinsky, co-published by Clouds and Michael Lett Publishing, was recently launched on the occasion of the screening of Spong’s Lethe-wards at Art Statements at Art Basel in June 2010.