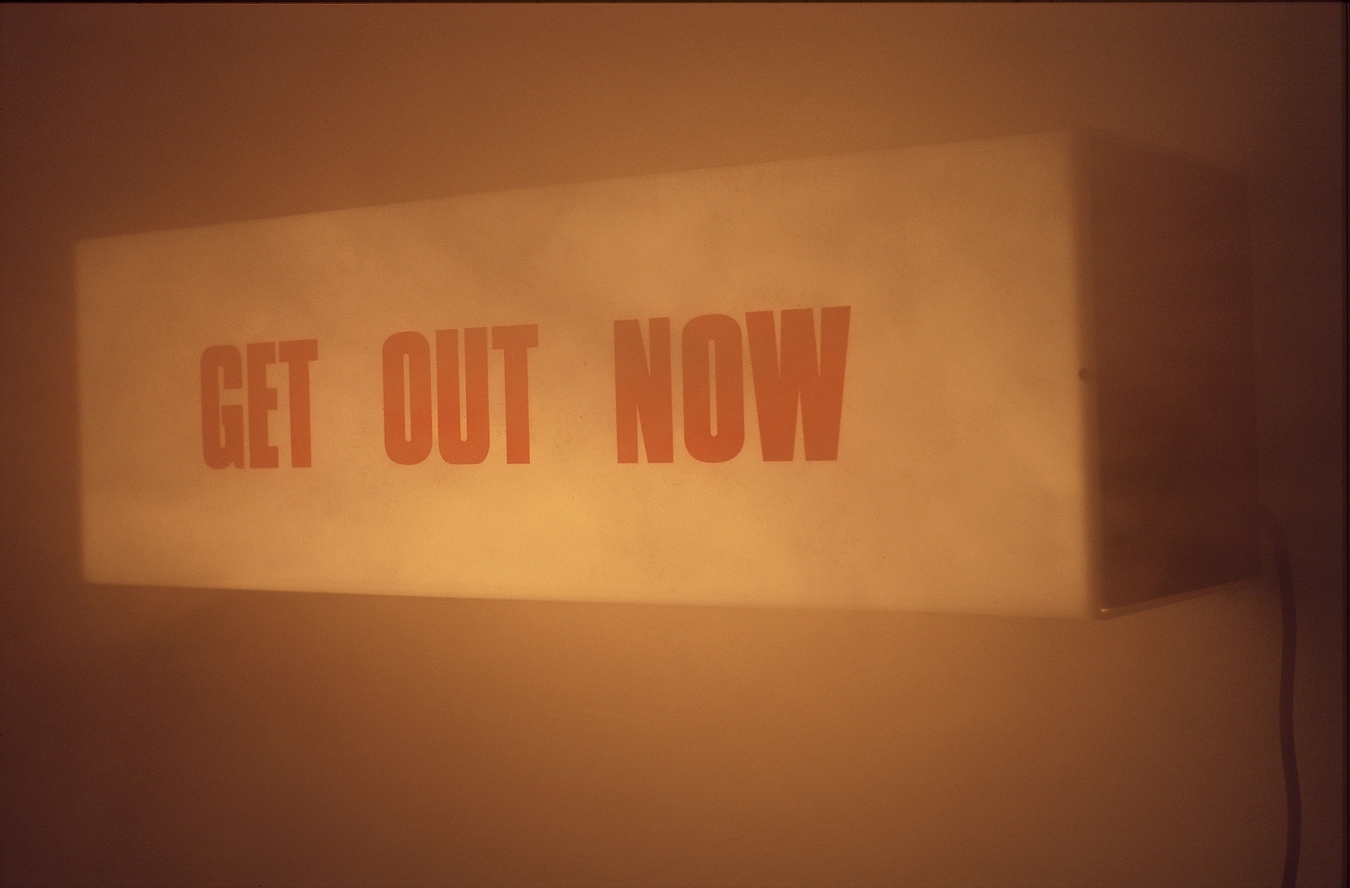 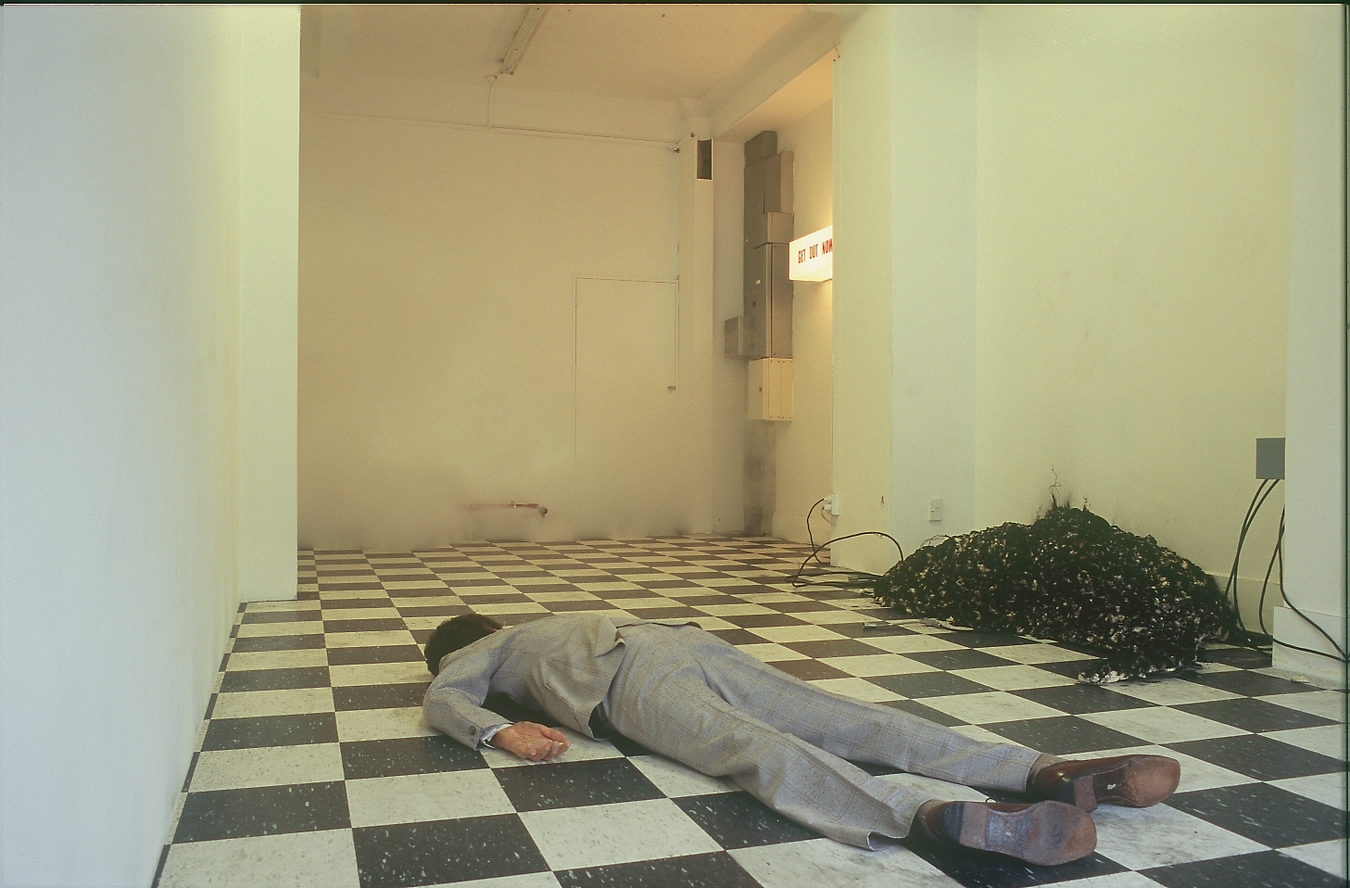 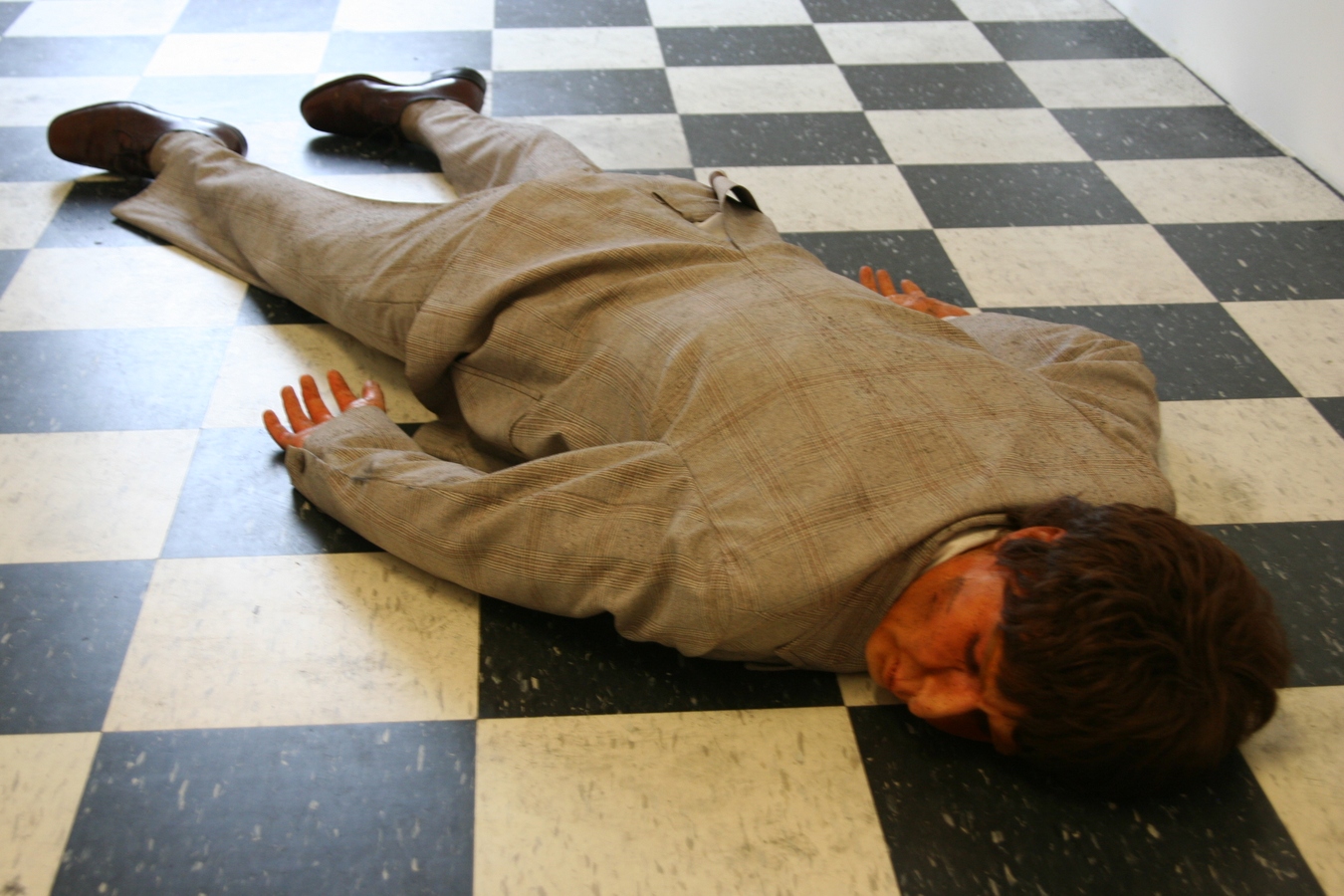 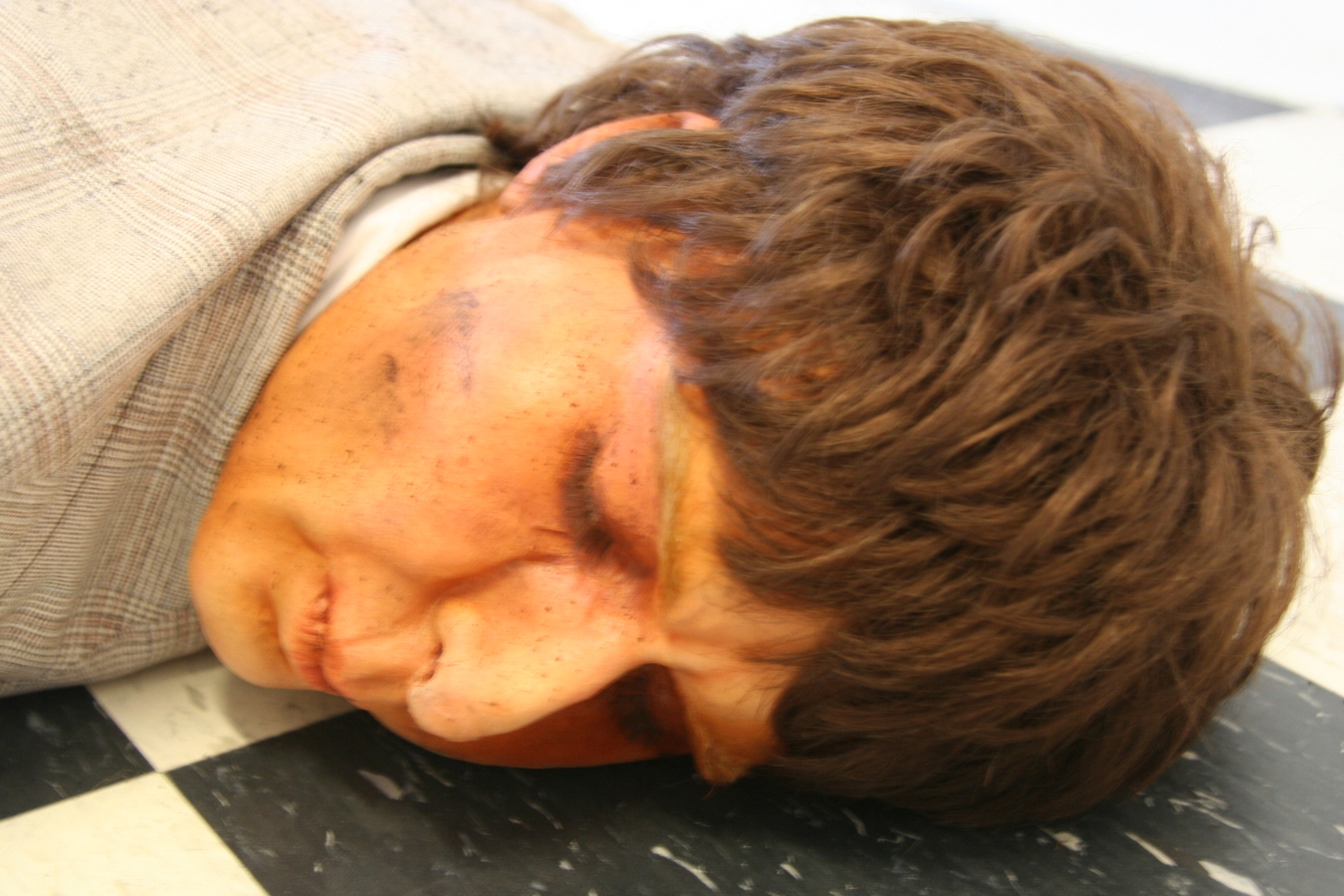 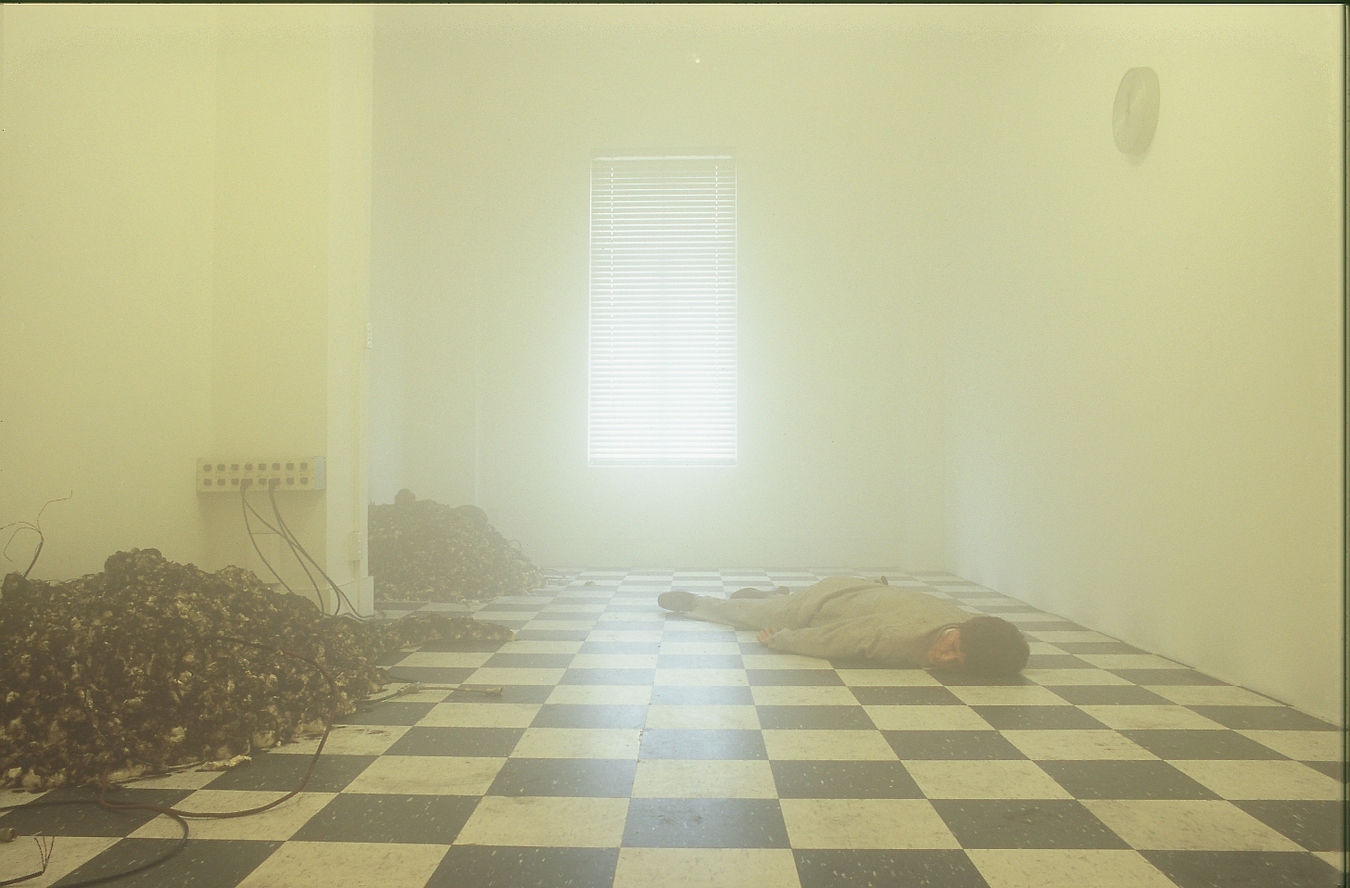 “On the 27 th of September 1981 the mainframe computer for the South Island Post Office Savings Bank housed on the 2nd floor of the High Street Post Office shut down. It was determined that at some time in the early hours of the 27th a strange occurrence had taken place which had triggered the Gas Flood extinguisher system.”

He knew something was up. He could smell it! recreates the imagined function of The Physics Room project space as the centre of the Post Office Savings Bank’s mainframe computer, complete with the 'original' gas flood fire extinguishing system. Whilst capturing the last days of the space’s existence as an installation, the scene is of questionable authenticity. What really happened to the staff? Was he to blame? Maybe it was just a malfunction.

This liminal division between history and truth unveils the peripheral anxiety surrounding the shifting function of the site. It disrupts and unbalances our consideration of, or normal relation to, the space of the gallery through the reconsideration of the disastrous potential of its historical function. Eng's current work investigates his interest in the malevolence of the everyday and the relationships between fakes, coercion and the Boogie monster, wherever it may lurk.

Reviews, Essays & Articles
He Knew Something Was Up…He Could Smell It!
Arts, Canta, Issue 24, October 5 2005
KM

He knew something was up. He could smell it!
Artbash - news and reviews of the visual arts in Christchurch
Artist: Sam Eng at The Physics Room
Reviewed by: Artbasher 26/10/05

Sam Eng:
He knew something was up. He could smell it!
Volume issue four
Montgomery, Kate.