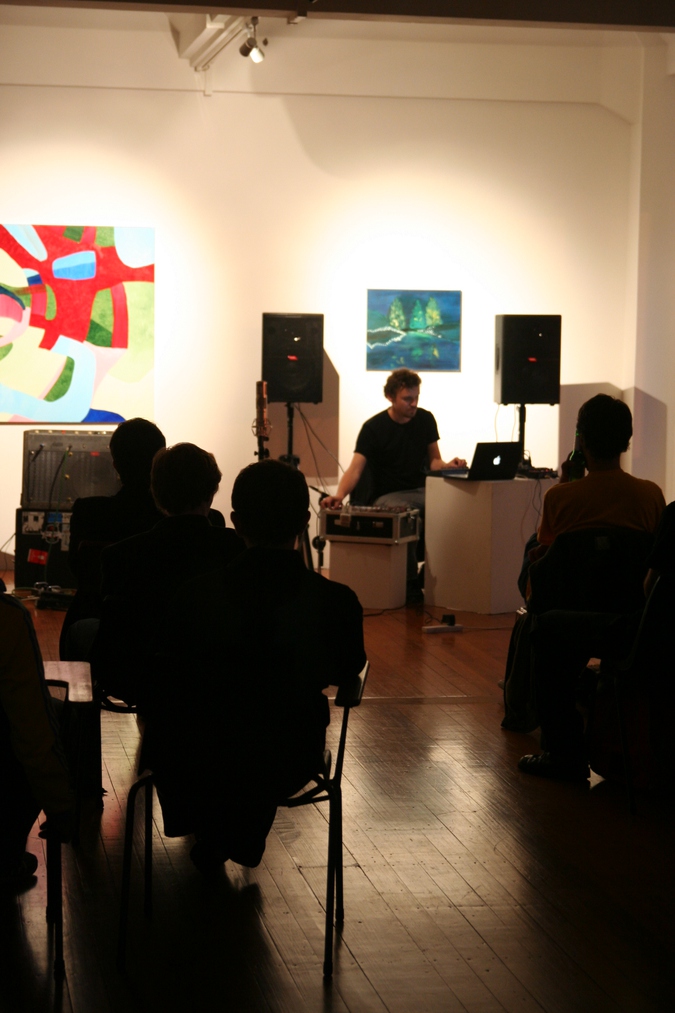 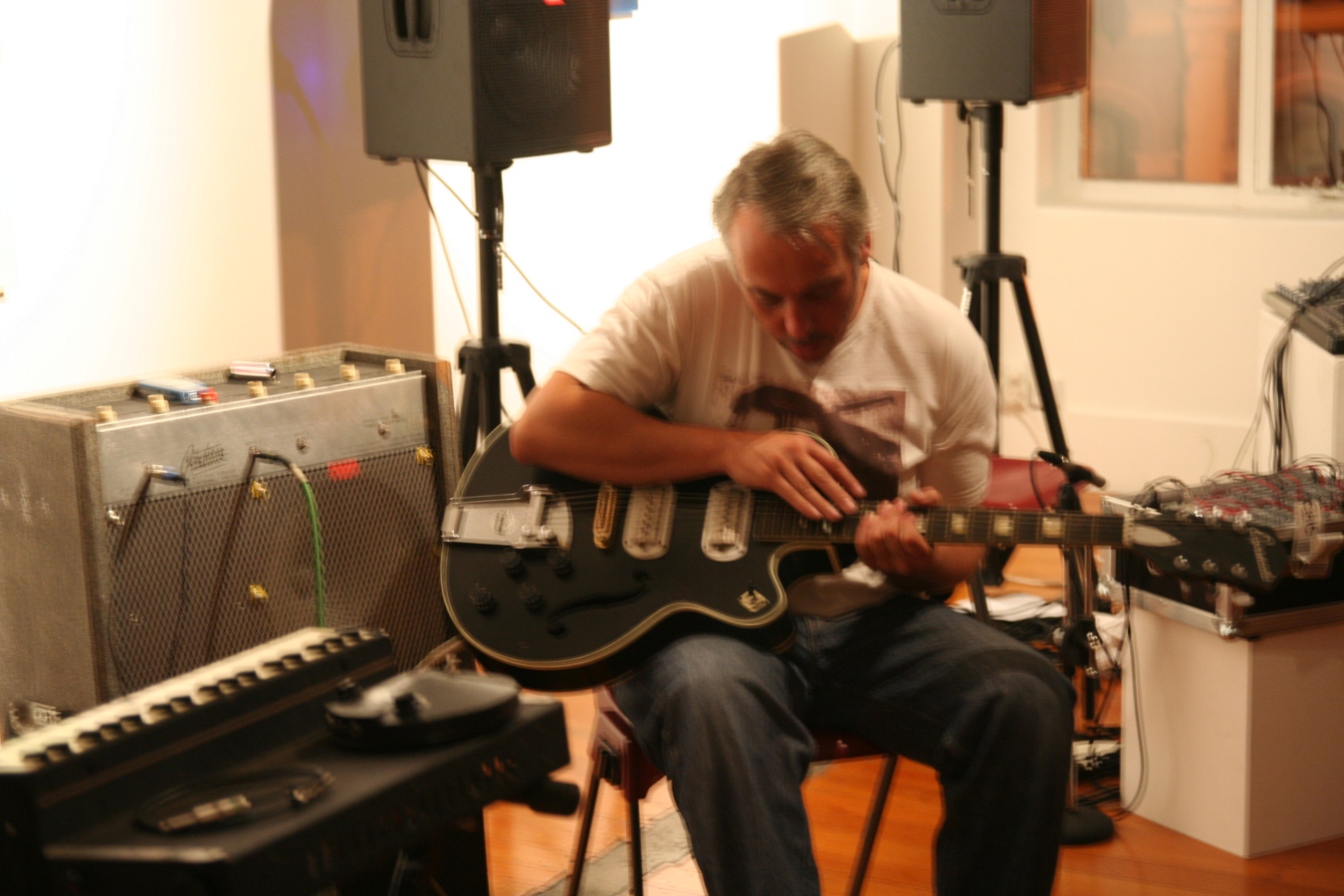 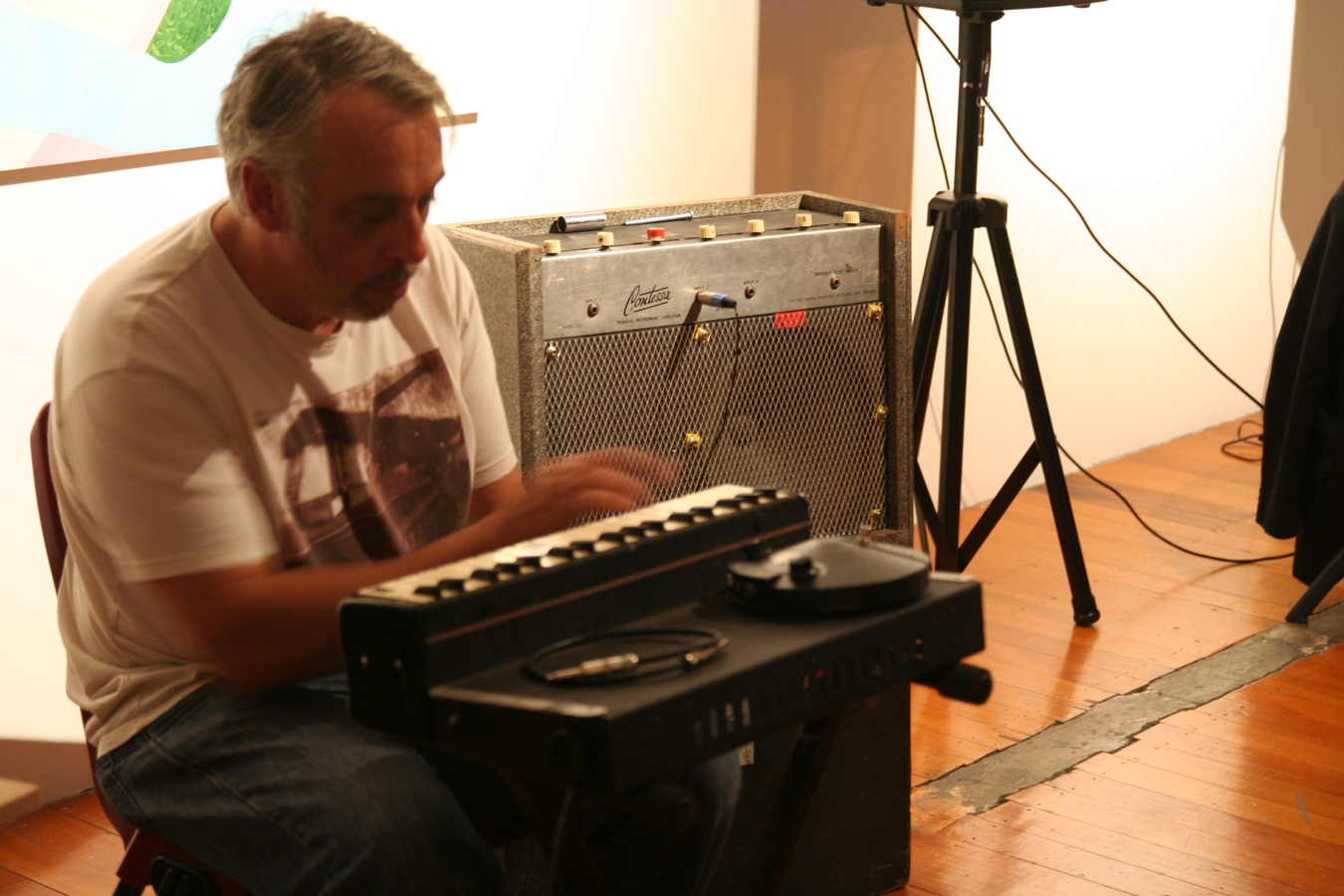 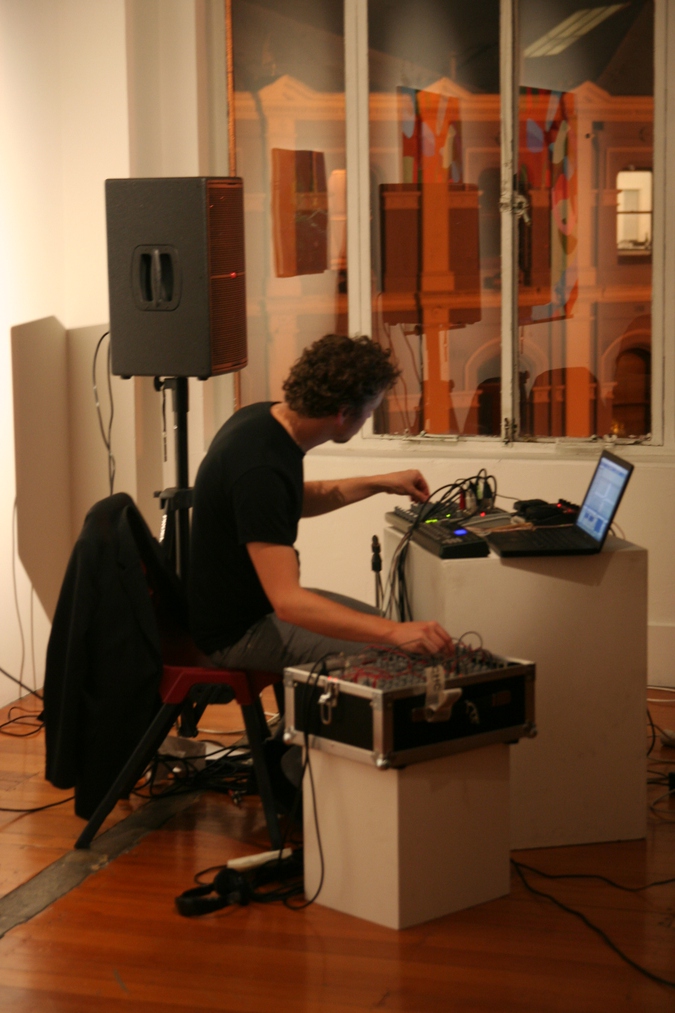 Auckland-based Richard Francis (aka Eso Steel) has been active as a musician since the mid-90's. His sound work is dominated by an interest in recording, manipulating and combining acoustic and electronic sounds from a variety of sources. In live performance Francis uses acoustic objects, microphones, a modular synthesizer and a computer to create textural and tonal sound works.

Bruce Russell will improvise sound with a vintage electronic organ and a guitar in ways their makers never imagined.

Richard Francis has released solo and collaborative sound works on labels such as Drone Records, Stateart, Celebrate Psi Phenomenon, Absurd and Scarcelight, as well as his own label CMR. Currently CMR is focused on releasing limited edition lathe cut records by sound artists living in the Auckland region.

As a performing artist he has toured in Japan, Australia, Hong Kong, New Zealand, Canada, USA and Europe. From 2003-2006 Francis co-operated ACROMA, an organization that coordinated a series of experimental music events in Auckland hosting local and visiting experimental sound artists. From 2004-2007 Francis was a member of the Alt.Music committee-New Zealand's long running experimental music festival and performance series, and in 2005 joined the board of the New Zealand Audio Foundation.