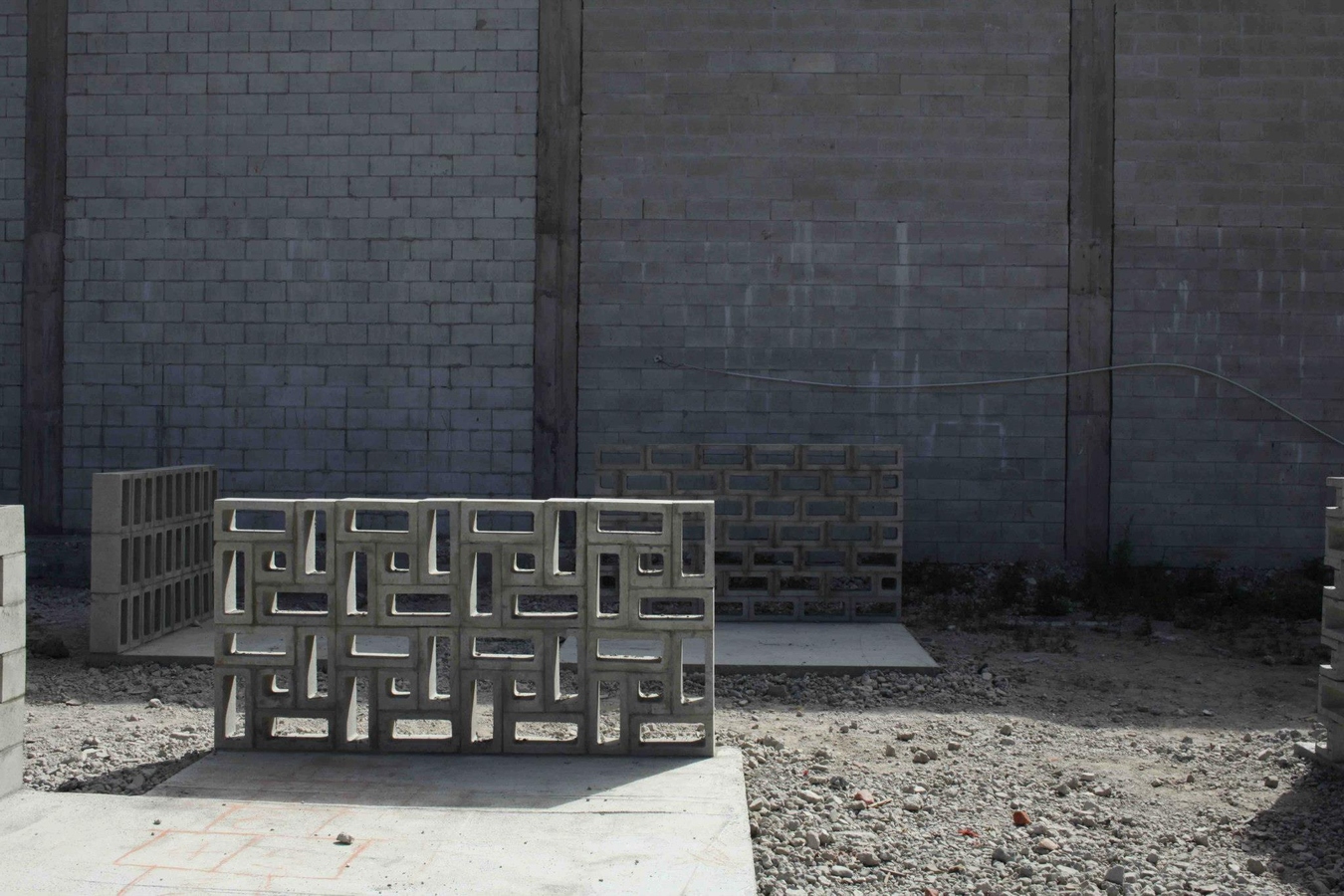 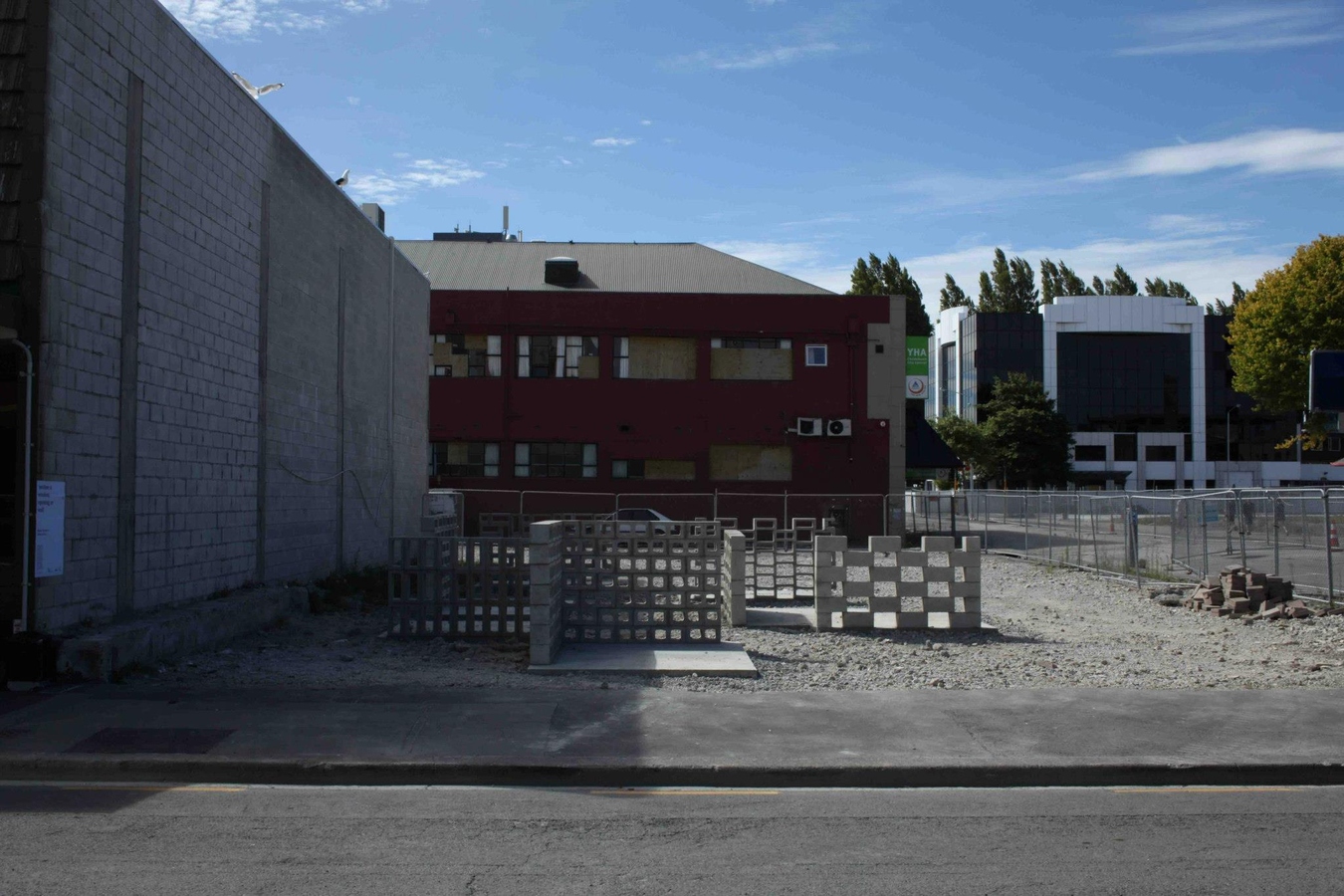 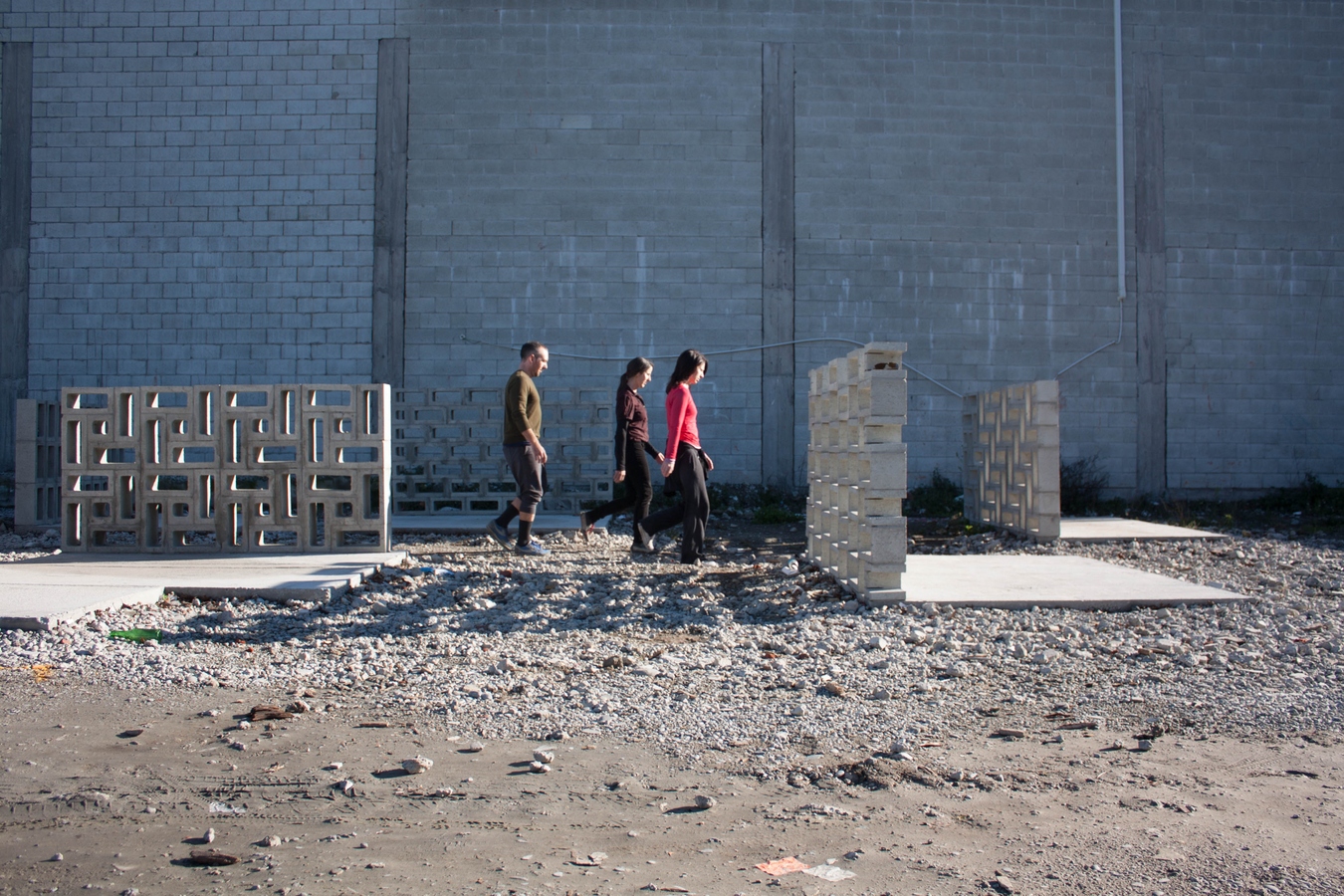 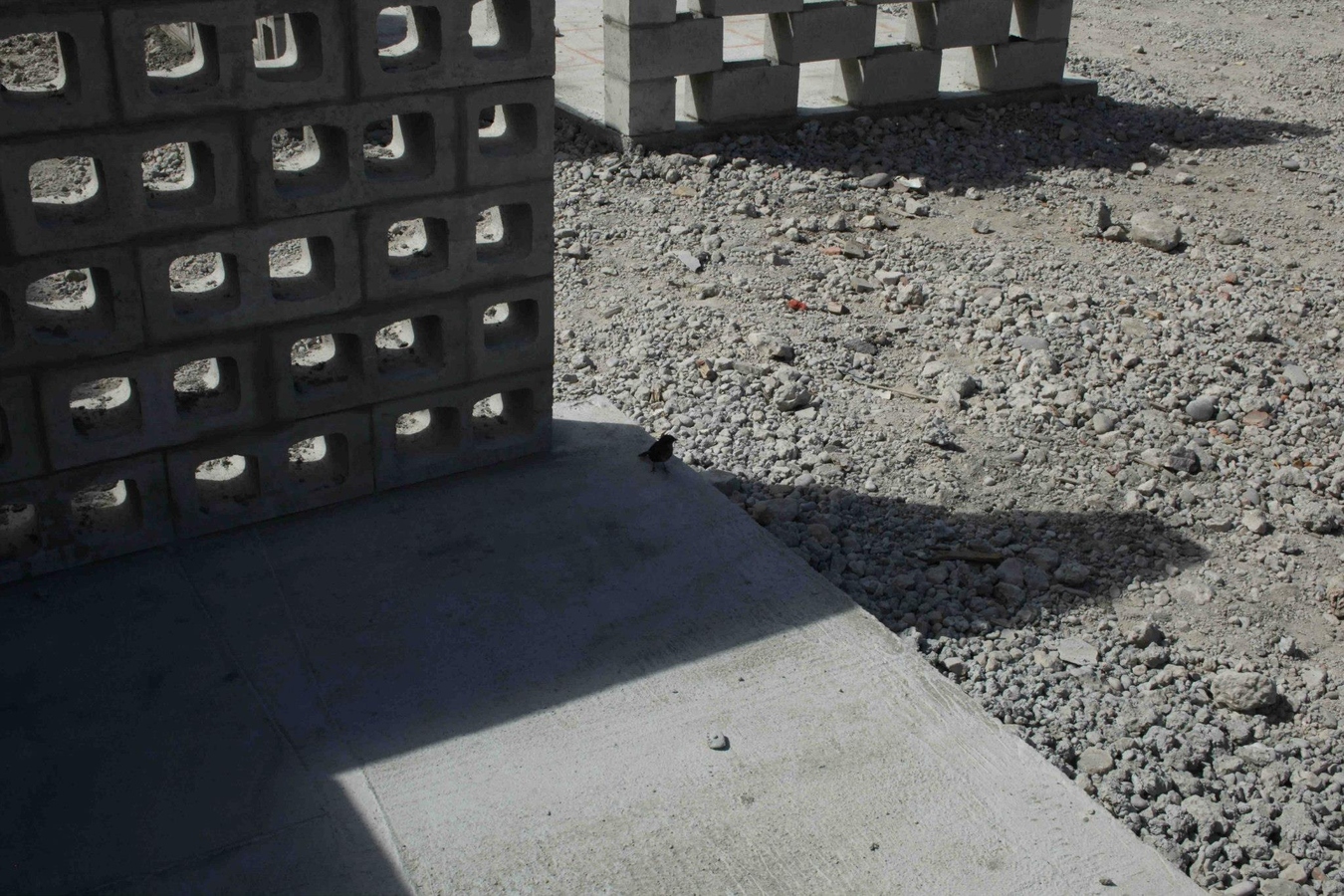 An offsite project commissioned by The Physics Room in association with Life in Vacant Spaces
Corner Gloucester and Manchester Streets, Christchurch

neither a window, opening or wall comprises a series of walls, replicated from those documented by the artists while traveling in New Zealand and abroad. Set in an arrangement suggestive of undefined actions or events, the structures maintain an allusion to gesture, touch and movement without defining duration or use, remaining as objects suspended between sculpture and function.

neither a window, opening or a wall is the third and final installment of works undertaken by the artists responding to the spaces and social conditions within Christchurch. The series of works also included the gallery-based exhibition company (8 December 2012 - 19 January 2013) and a publication of the same name.

A response to the exhibition by Will Pollard (pdf)