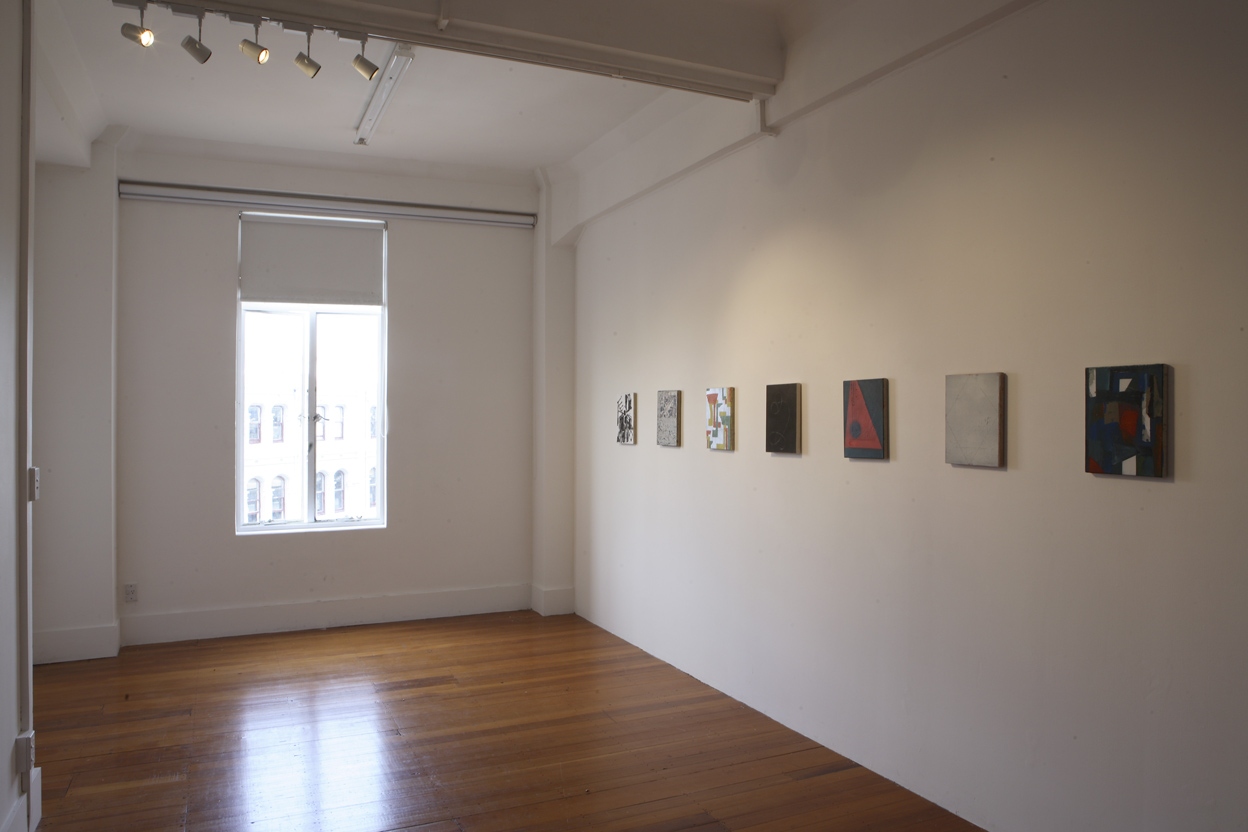 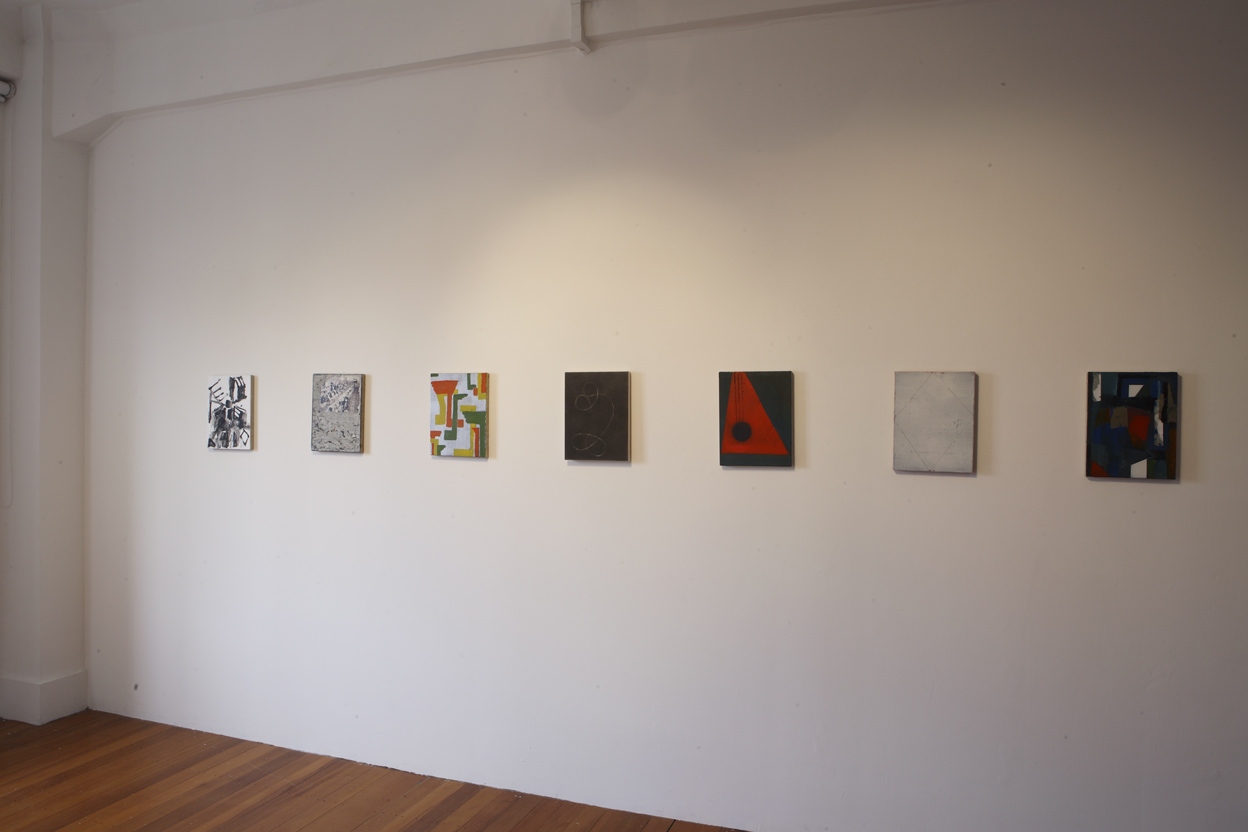 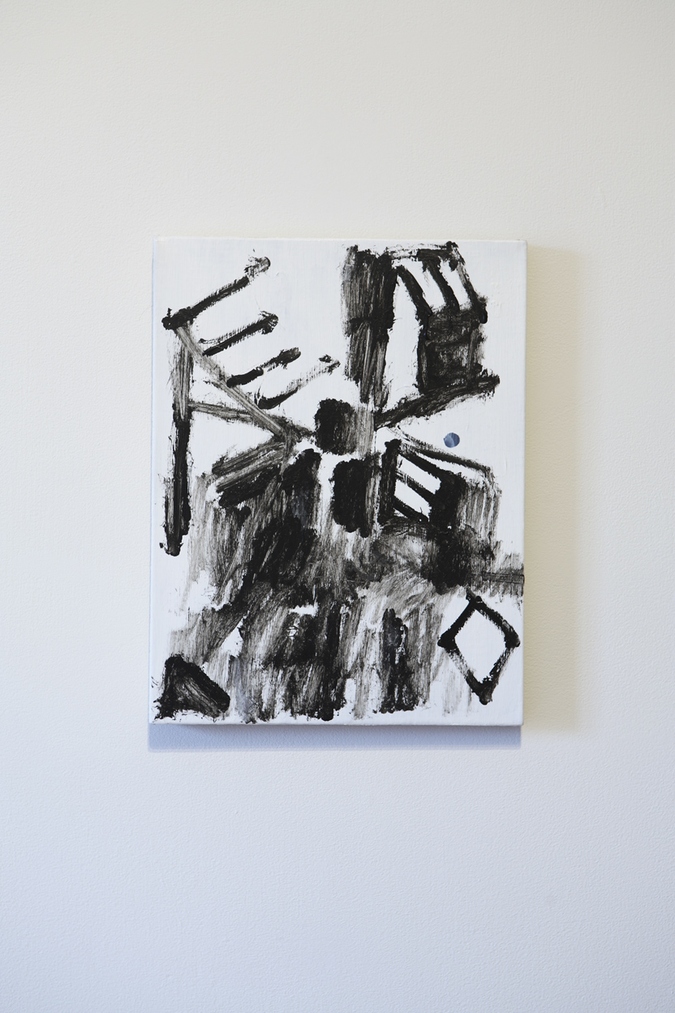 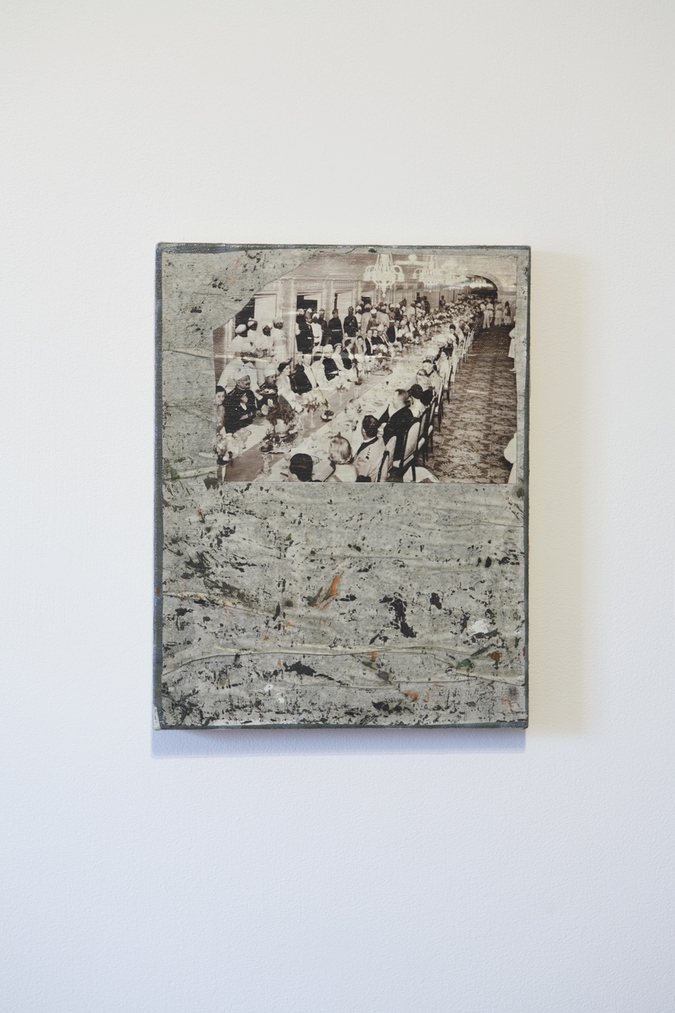 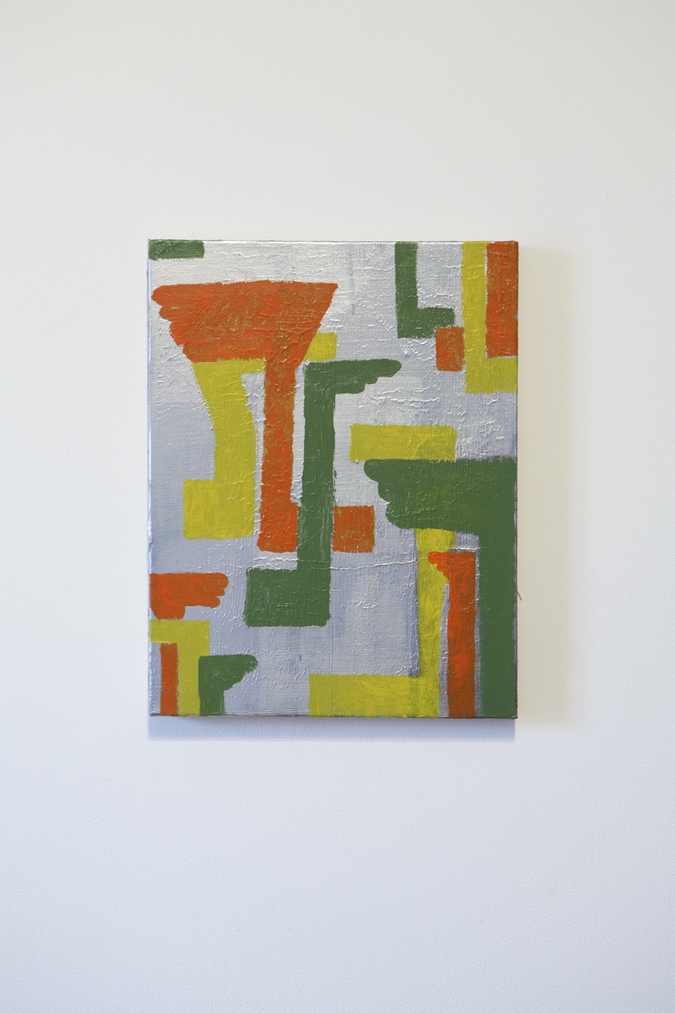 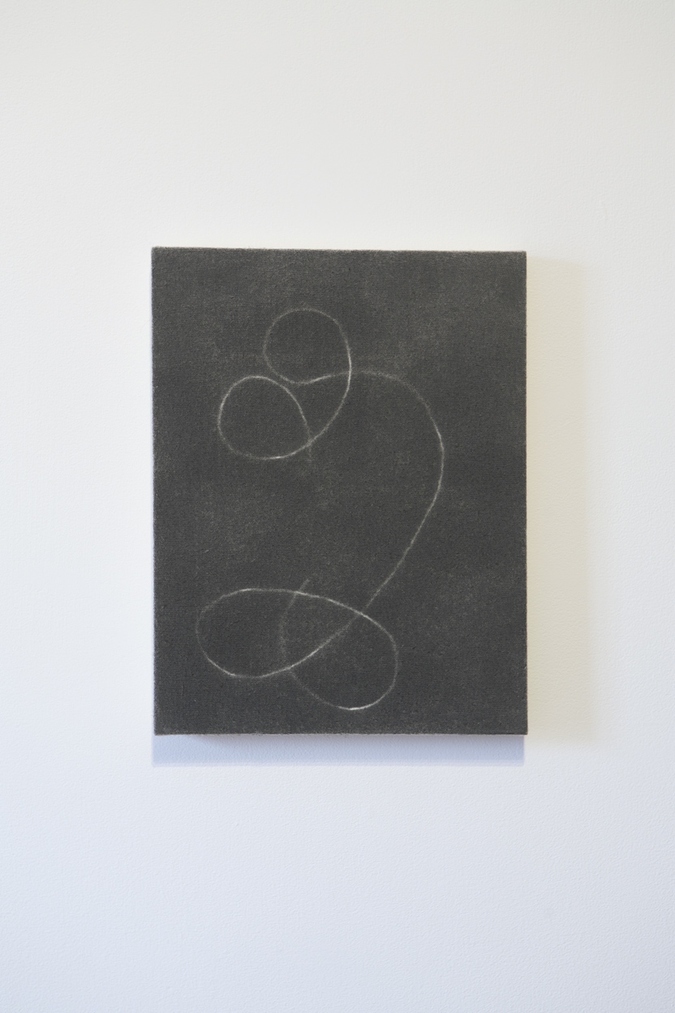 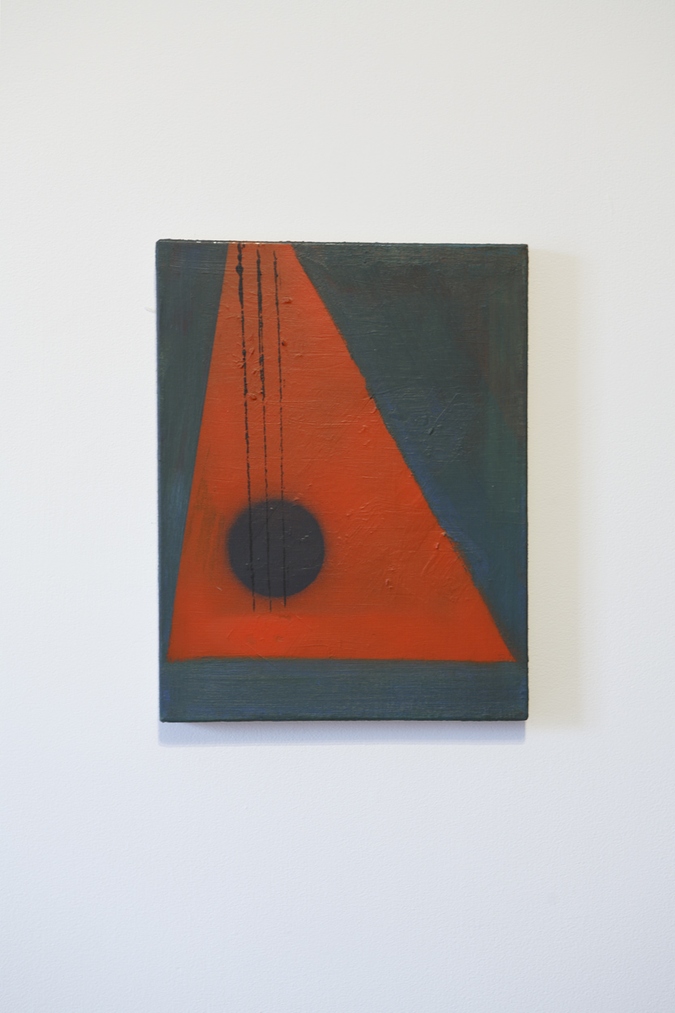 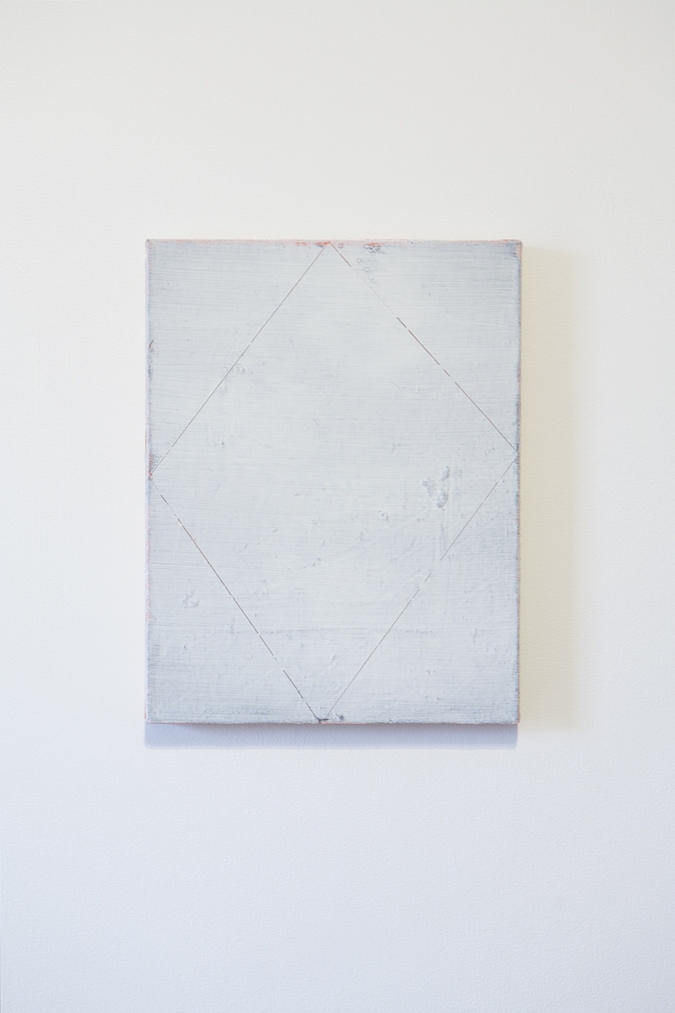 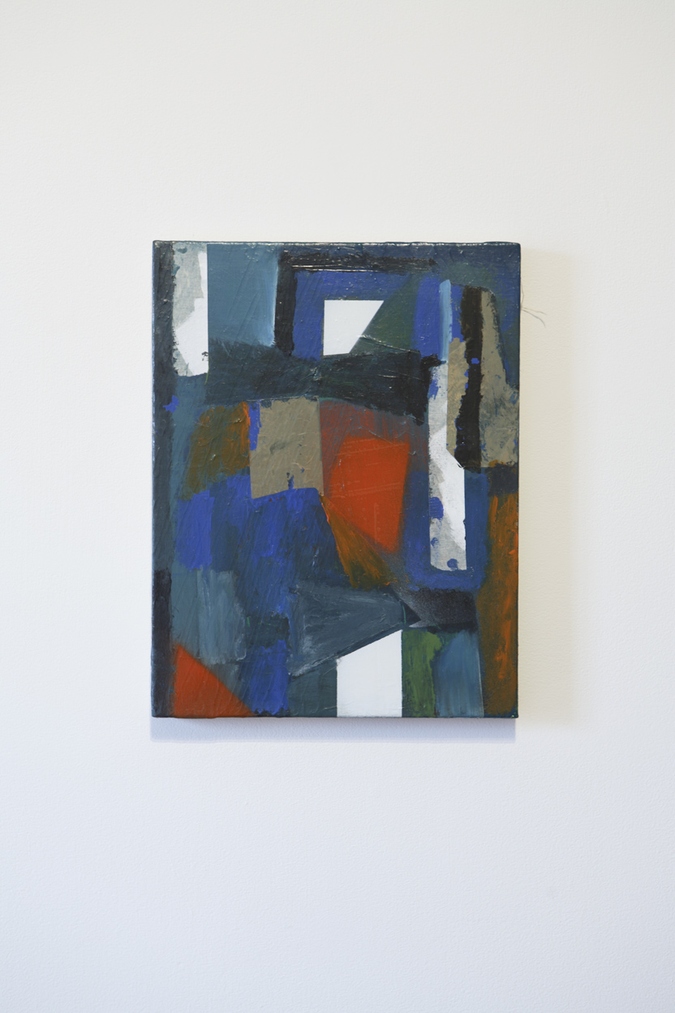 Oliver Perkins’ suite of small paintings in The Physics Room’s Gallery C have developed from their own physical limitations; the restrictions of the medium, linen, canvas, pen, paint and paper. Operating as an extension of Perkins’ notebook and the constant, semi-autonomous drawings and texts that he drafts from everyday observations and thoughts, his diaristic processes seeks to display a kind of “reflex literacy”. These instinctive attempts use painting as a tool to navigate Perkins’ immediate environment.

After moving from Christchurch to London to study at the Chelsea School of Art and Design, Perkins’ practice has developed into what has been described as “man-made ready-mades” which denotes his movement from the collection of found objects to the creation of source material. Perkins’ studio practice, and the studio space itself, can also be described as a conduit for a subject that is seen, taken and remembered. Here, the jotted ideas serve as a point of embarkation as he questions “how to produce the painting” and what materials should be used to express the idea? The painting becomes abstracted and the work germinates through a series of actions. The studio is therefore an environment for play that allows Perkins a sense of freedom to discover the work and act on findings that disclose a specific and personal narrative. The aesthetic nature of the paintings vary but still follow the same brand of lucid incoherence that, as Perkins’ puts it, have “the same frequency but not the same phase”.

Oliver Perkins completed his MA Fine Art at the Chelsea School of Art and Design, London in 2005, after having graduated with a BA Fine Art from the Christchurch School of Art and Design in 2002. Originally from Christchurch but currently based in London, Perkins has exhibited in both solo and group shows in both New Zealand and abroad and is currently involved in the collaborative drawing project Noon Day Demons. Recent exhibitions include: Begin Again At The End (with David Smith), Carl Freedman Gallery, London (2008); Questions For The Gatekeeper, Fold Gallery, London (2008); Hygge, Standpoint Gallery, London (2007).