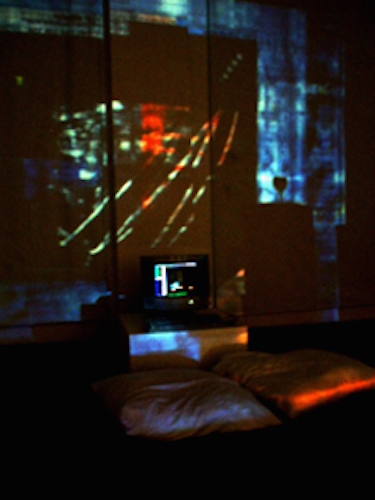 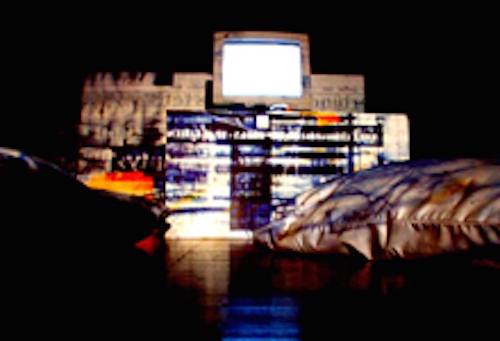 Curated by r a d i o q u a l i a for the Physics Room as a part of the Christchurch Arts Festival 2001, pHonic concentrates on how sound has been mutated and transformed by the manifold uses of software. Sound has been one of the primary areas of innovation and experimentation within art and technology culture, with practitioners quickly embracing new forms of production and exhibition. Advances in scientific areas such as algorithmic and chaos driven approaches to sound composition have profoundly shifted the field of experimental sound art. Sampling and digital technology detonated the remix bomb, causing a fusion of styles, methods and origins. Audio in digital media contexts has become a field of unlimited transmutations and unheard potentials.

Recent developments in the delivery of audio across the Internet have also lead to the mass distribution of music online. Though this has interrupted the stranglehold corporate culture has on the distribution of sound, it has also raised interesting questions about artistic ownership and copyright. pHonic takes a critical approach to this charged socio-auditory atmosphere, presenting artistic tools, interfaces, instruments and audio environments which evolve, devolve or manipulate the authorship of sound work. Focusing on how sonic technology acts as an interface between musician and listener, pHonic investigates how this traditional relationship is deconstructed by artists who reposition the listener as musician.

pHonic incorporates artists based in London, Mexico City, and Riga, Latvia, working variously across the mediums of programming, design, music, visual and audio arts. The interactive environments they have created in pHonic are opened up for audience response and play, allowing participants to create and move through their own visual and audio microworlds.

r a d i o q u a l i a is an online art group founded by New Zealanders Adam Hyde and Honor Harger in Australia in 1998, and now based in Europe. Using various media, rQ experiments with the concept of broadcasting, using the internet, radio and television as primary tools, and also working across gallery, performance and publishing contexts. They have exhibited and performed extensively, at events including Sonar 2001 in Barcelona, VideoPositive2000 in Liverpool, Ars Electronica 99 in Linz, the VIPER Festival in Zurich and Next 5 Minutes in Amsterdam. Individually Adam and Honor have extensive experience in working with media and cultural practice, Adam in the fields of television, radio, web and software development, and in his current position with XS4ALL in Amsterdam, as Director of Web Development and Streaming Media. Honor Harger has worked on a range of publishing, cultural and tactical media projects, and is presently engaged with the Tate Modern in London, where she is the Curator of Webcasting.

Reviews, Essays & Articles
pHonic - curated by r a d i o q u a l i a
The Physics Room Annual, 2001
Adam Hyde talks to Sally McIntyre