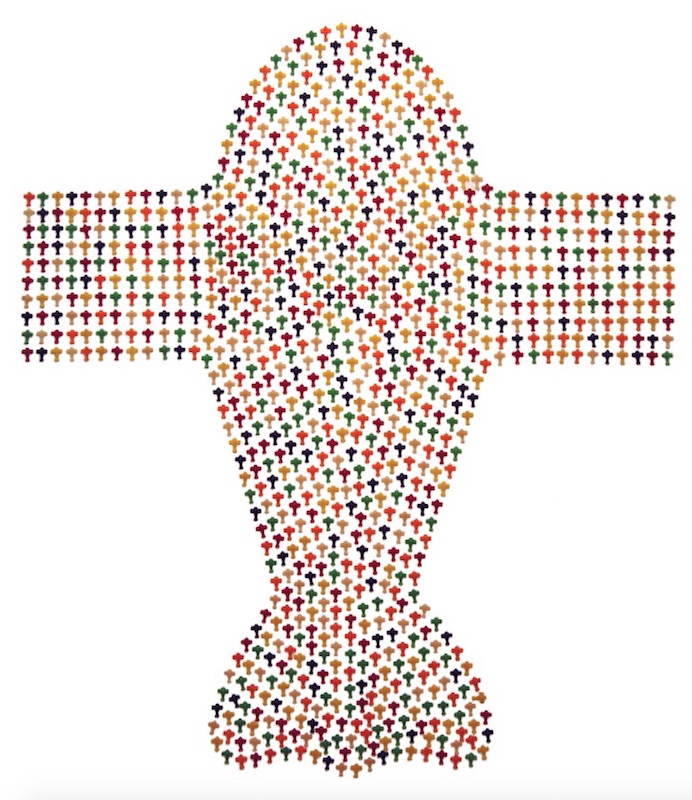 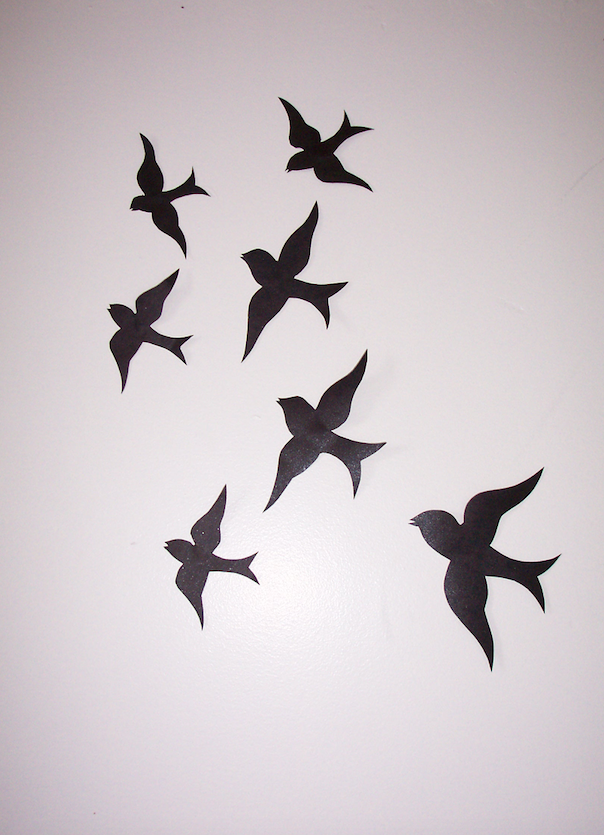 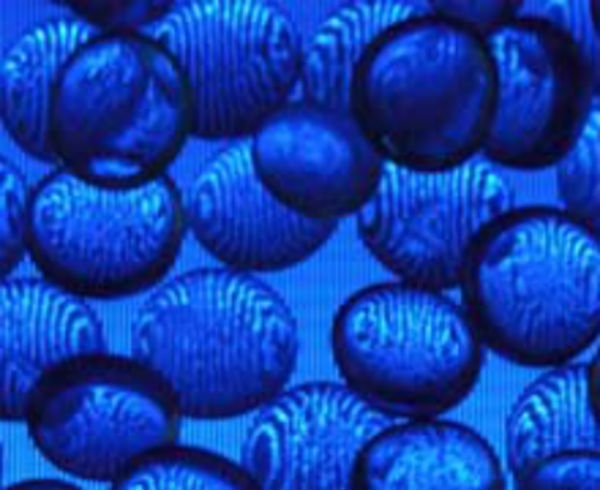 Curated by Stephanie Oberg, this exhibition runs in conjunction with the Pacific Art Historians Association conference to be held in Christchurch (23-26 June 2003).

From our earliest Colonial times New Zealand has been marketed as a natural wonderland, a clean green Pacific paradise. To Pacific people who have migrated here, the Pacific translates as home; home in the islands, home in Auckland, Tokoroa, Porirua, Wellington but not so easily home in this pale winter cornerstone that is Otautahi Christchurch. Here, “getting down with the brown” can be as comfortable as year round sea swimming. Experiences of Polynesian heart, art, identity and culture rarely spill out into the everyday life of the mainstream but manifest as guest appearances, performances adding ‘colour’ to formal and official occasions. In this exhibition artists Loni Hutchinson and Veronica Vaevae make light-hearted reference to the British comedy show the Two Ronnies and invite you, the viewer, to contemplate the Pacific.

In this exhibition themes of migration, tourism, consumerism, globalisation, religion, changing forms of cultural currency and representational economy relates the Pacific environment as naturally fragile but culturally robust. Roni’s projected imagery portrays the fragility of our natural environment so easily affected by human presence. In these works traditional symbols and Pacific icons become abstracted, reinterpreted, recycled and layered with new meanings. Loni’s lei (made of recycled coke cans), references hospitality and suitable holiday attire but also America’s economic and cultural Imperialism within the Pacific, (this includes nuclear testing in Micronesia on Bikini Atoll, 1954 as part of an early cold war imperative).

Now we have the problem of jelly fish babies. These babies are born like jelly fish. They have no eyes. They have no heads. They have no arms. They have no legs. They do not shape like human beings at all. But they are born on the labour table. The most colourful, ugly things that you have ever seen. Some of them have hairs on them and they breathe. (Darlene Keju-Johnson, Pacific Women Speak Out for Independence and De Nuclearisaton, Zohl de Ishtar, Raven Press 1998 p17)

Pacific people continue to draw creatively from their environment and while their cultures are shaped as much through migrations, sinking atolls and dwindling populations as by growing tourist industries, the Loni and Roni show reveals the Pacific as a technologically enhanced, media influenced consumer experience, where television culture and screen related sensations are not just representative of the Pacific but part of its new reality. In this Pacific, the pleasures of paradise are marked by symbols of leisure and consumer privilege, which enable new forms of cultural economy and creative expression.

Lonnie Hutchinson:
Ngai Tahu / Samoan / multi-media and performance artist.
Spatial consideration and the formal qualities of materials are primary to Lonnie’s practise as a performance and conceptual artist. In this she consciously guides the propeoceptive experience of the viewer as a means of addressing issues in her work. Since moving to Christchurch Lonnie has been inspired by the local landscape and the way it relates to her dual heritage and sense of spiritual belonging. This interest has been carried over with her investigation of star mounds in Samoa which she visited last year.

Veronica Vaevae:
Cook Island / sound and digital manipulation.
Most of the work in this show has been a development of work made during her time in Rarotonga as artist in residence. Her work is primarily a response to the environment taking images of everyday objects and altering them in a way that kinaesthetically informs the viewer. Subsequently Roni’s early works reflect her interest in street culture and translating the pace of city rhythms and hip-hop. As a boogie boarder Roni is much inspired by the sensation of surf and sea and attempts to relate this physical experience. Her interest in representing the physical sensation through a digitised visual medium has seen her explore the marriage of words and poetry to still digitised imagery.

The Loni and Roni Show
RDU with Cult v(a)ult presents....
The Exhibitionist: Chatting to the Curators
interview with curator Stephanie Oberg (6' 30")
Originally broadcats on RDU 98.5fm

The Loni and Roni Show