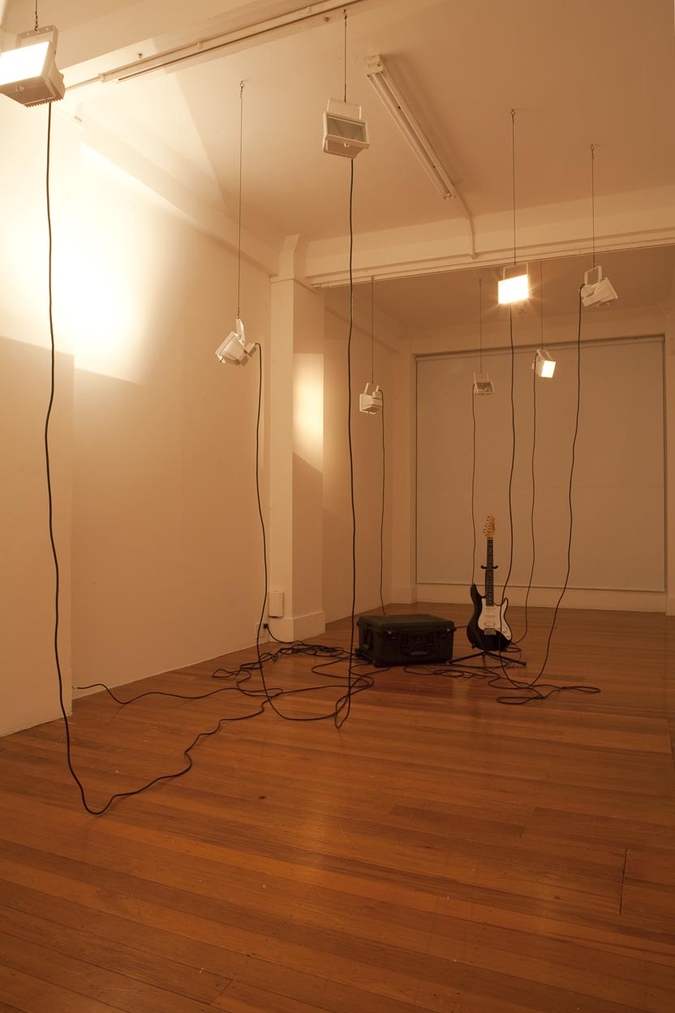 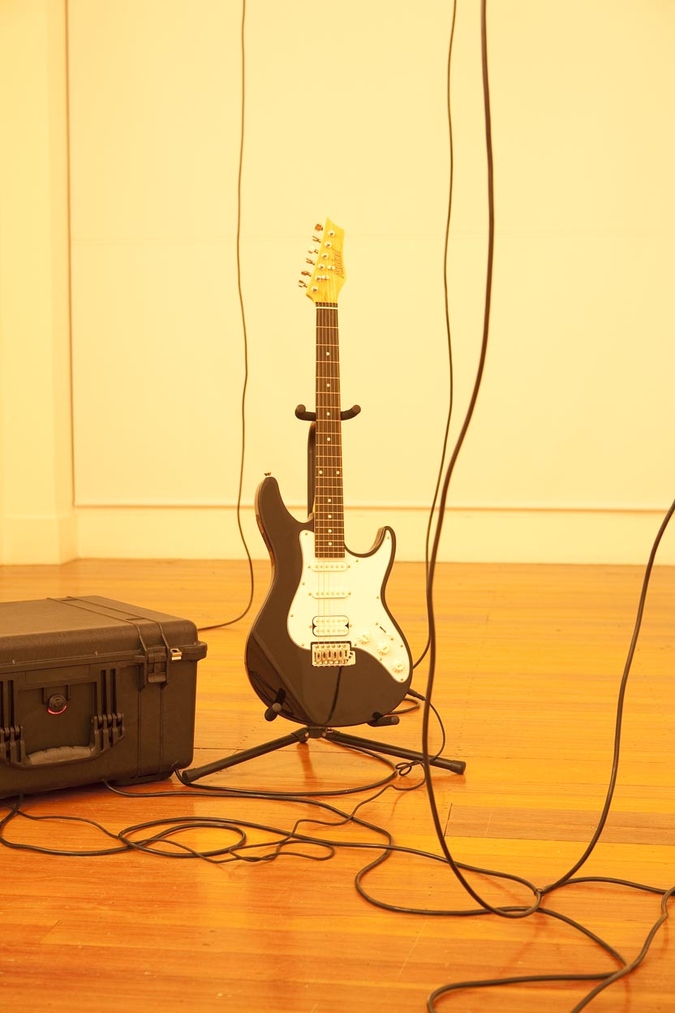 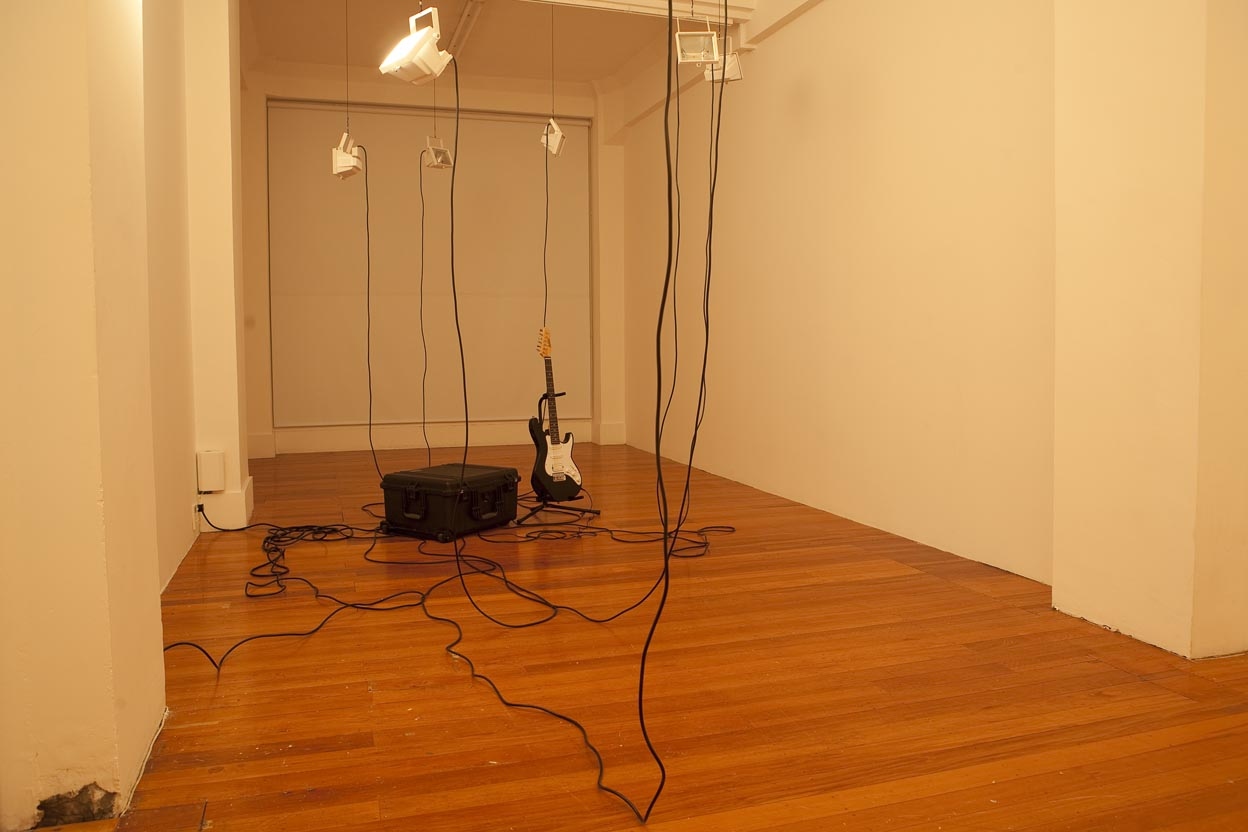 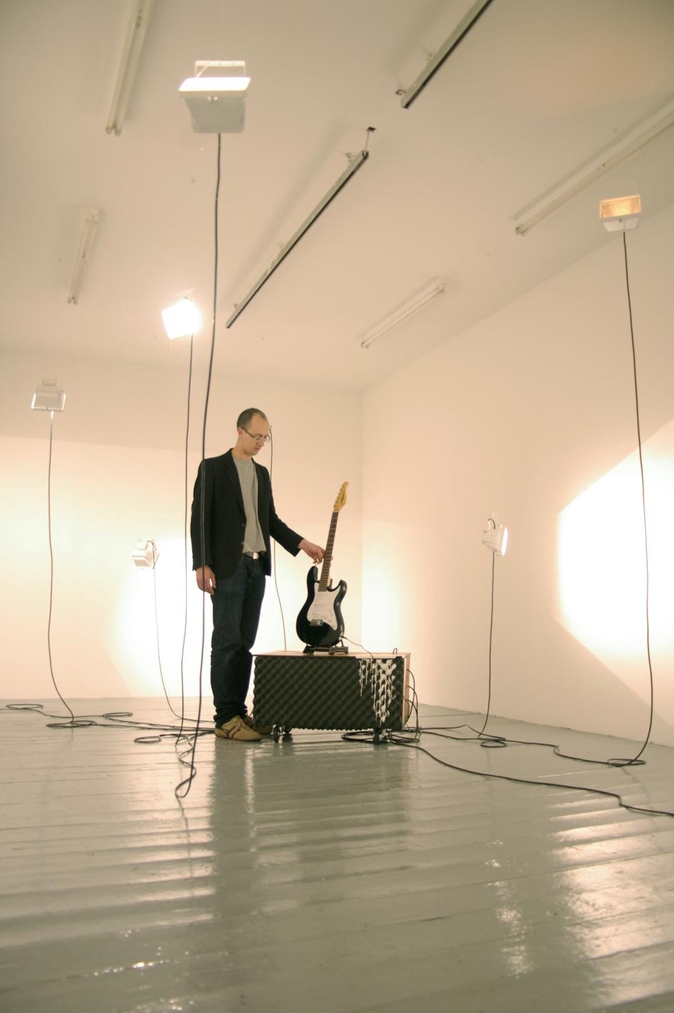 Melbourne based artist Matthew Shannon is set to present his project Infinity of wind muskets at The Physics Room during July which will see him wire up a set of lights and an electric guitar via a sound to light amplifier.

Positioning an ambiguously abandoned and unamplified guitar within the gallery, Shannon invites his audience to interact with the silenced instrument. Potentially attuned to even the ambient vibration of the project’s audience simply moving within the space, the harder the strings vibrate the higher the voltage expelled by the light unit and the brighter the space becomes.

Picking up on the physical resonance of the space and whatever happens therein during the projects’ installation, Shannon’s guitar effectively functions as a vibration microphone with his lighting rig creating a sequence of fluctuations and shudders within the perceptual architecture of the gallery.

Materially connecting the space, the audience and the work in a time based play, Shannon’s title, Infinity of wind muskets, is taken from a letter the Baroque philosopher Gottfried Leibniz once wrote, in which he coined the term to describe through a type of oblique mystic poetry, the interconnected relationship between animate and inanimate matter.