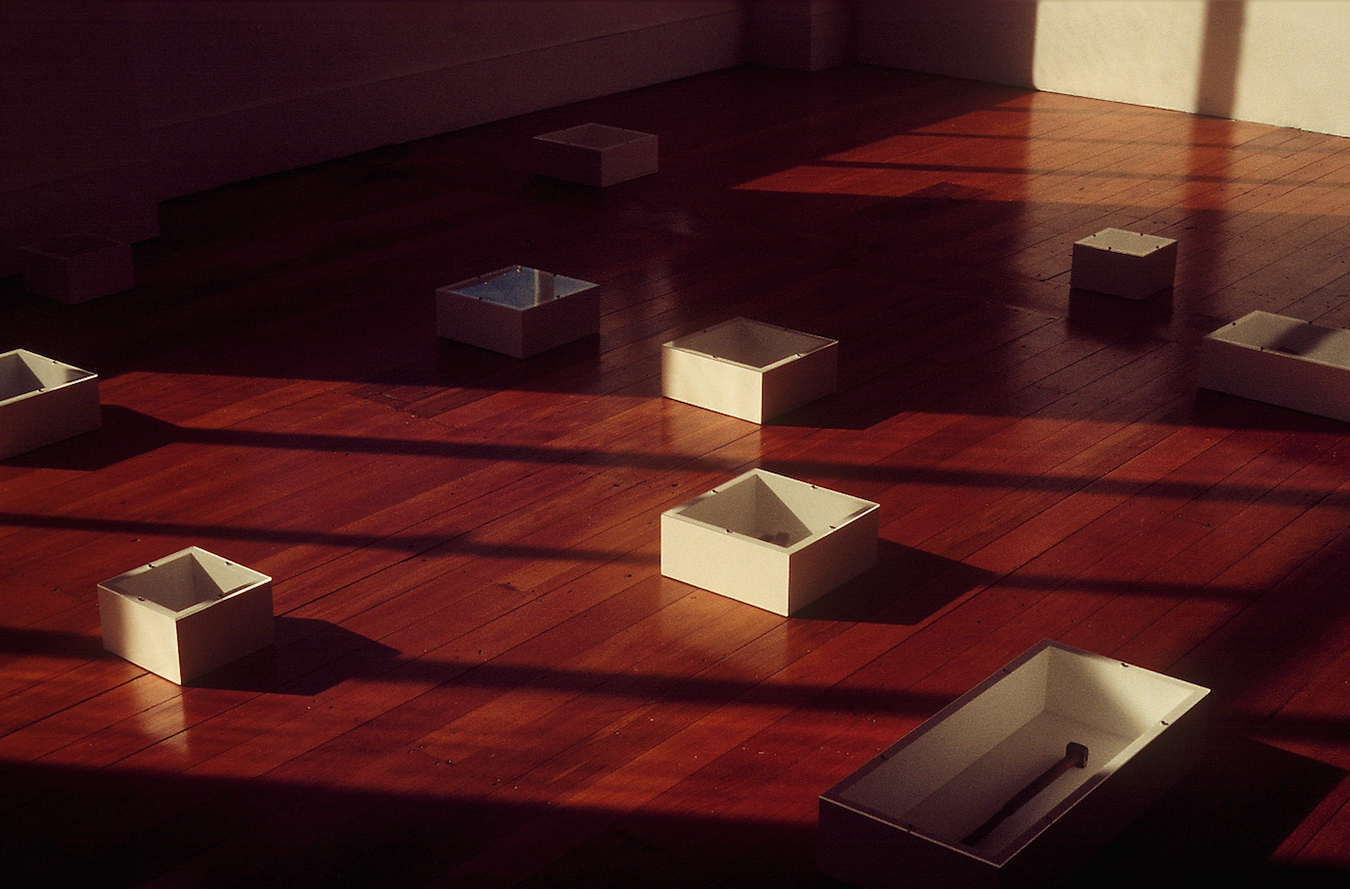 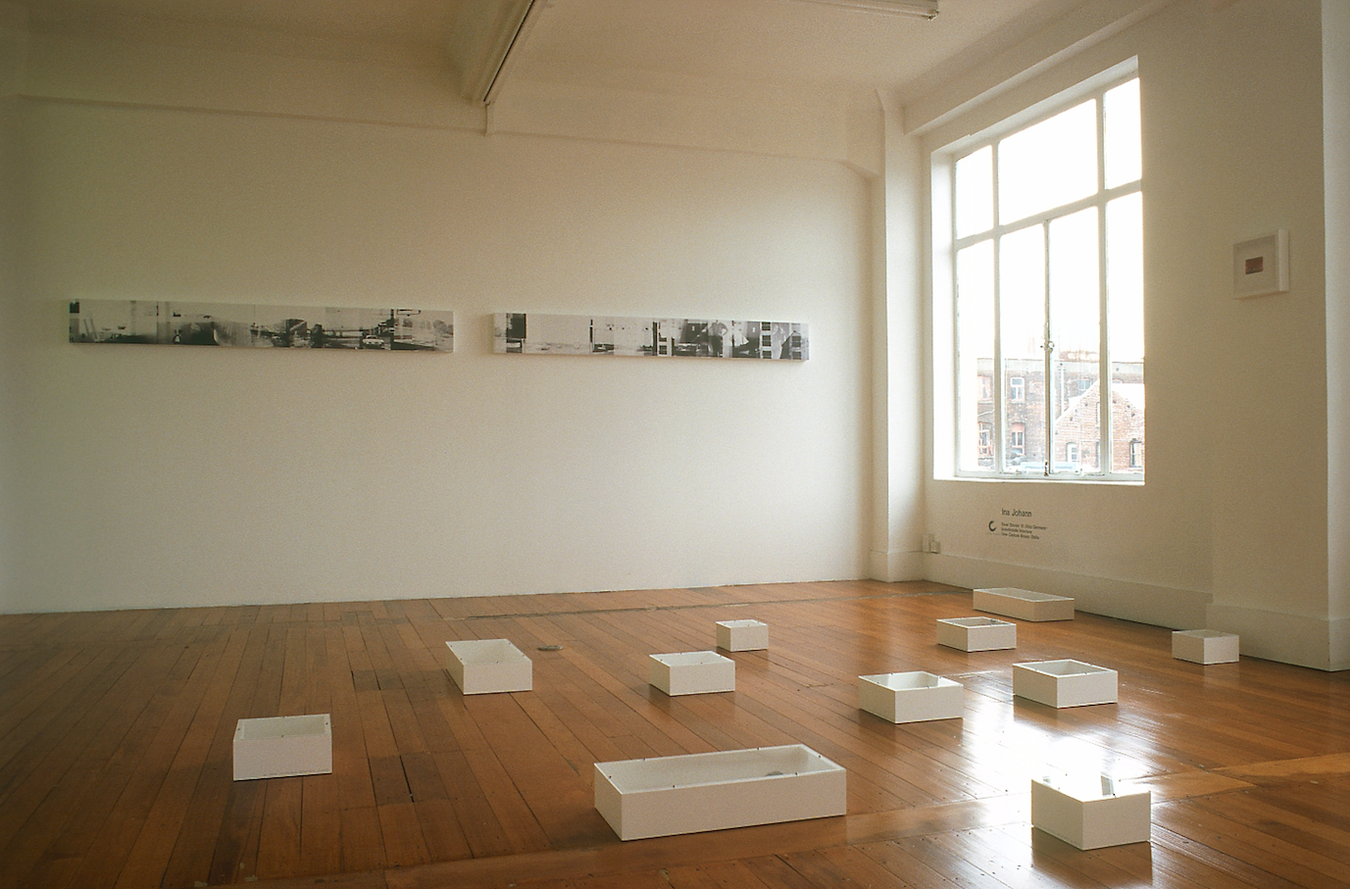 German born artist Ina Johann has exhibited widely in Europe, but this will be her first major solo exhibition since moving to New Zealand in 1997. In an ongoing process of collecting, conserving, and mapping, Johann creates elaborate sculptural assemblages from found objects, using her subjective observations to reflect and question social ritual.

Otira/Germany - Interface/Schnittstelle is part of her Travel Stories series, and is a response to the Oblique site specific art project which took place in the small South Island town Otira in 1999. Traditional touristic emblems such as the holiday snapshot and travel souvenirs are reconfigured, as Johann places abandoned remnants from the Otira township (a child's gumboot, a dirty sign, a sticking plaster) in immaculate white display cases. Images of Europe are overlaid photographically with images of Otira, creating an uneasy juxtaposition between the tiny rural township and a bustling, cosmopolitan centre. The resultant pictorial blurring can be seen to mirror the often-fractured feeling of the migrant or traveler, merging the familiar and strange to create new, hybrid cultures.