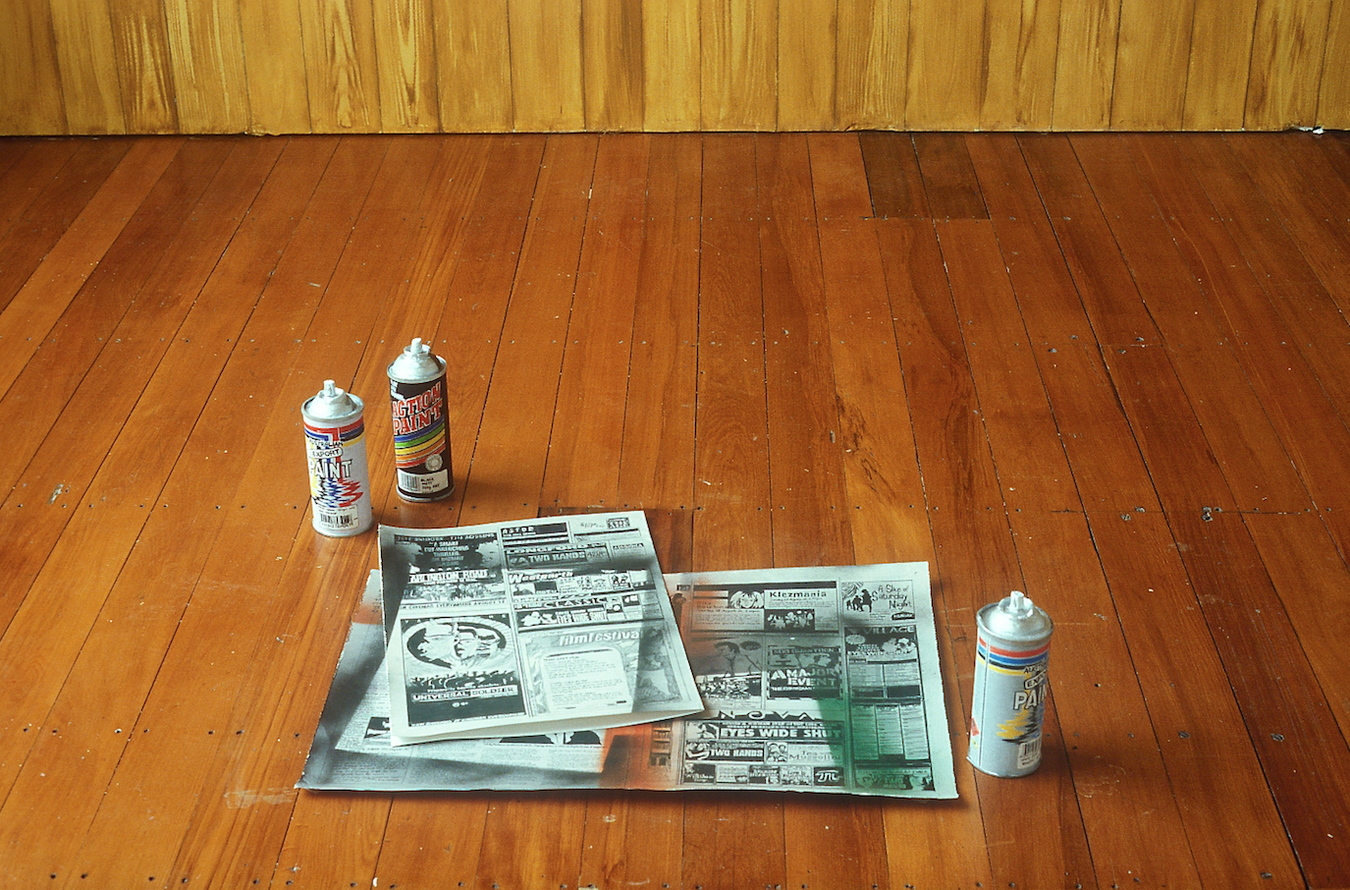 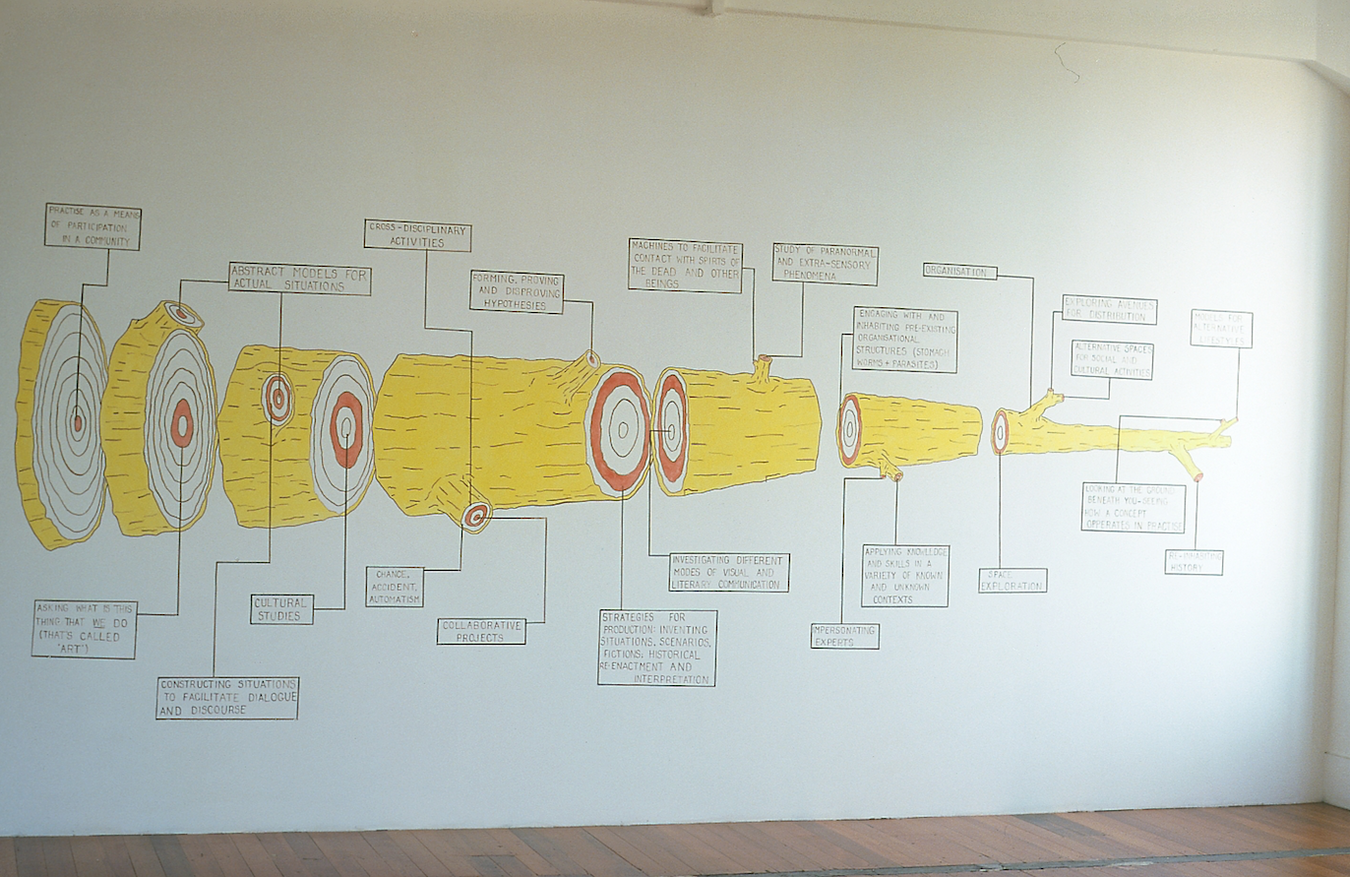 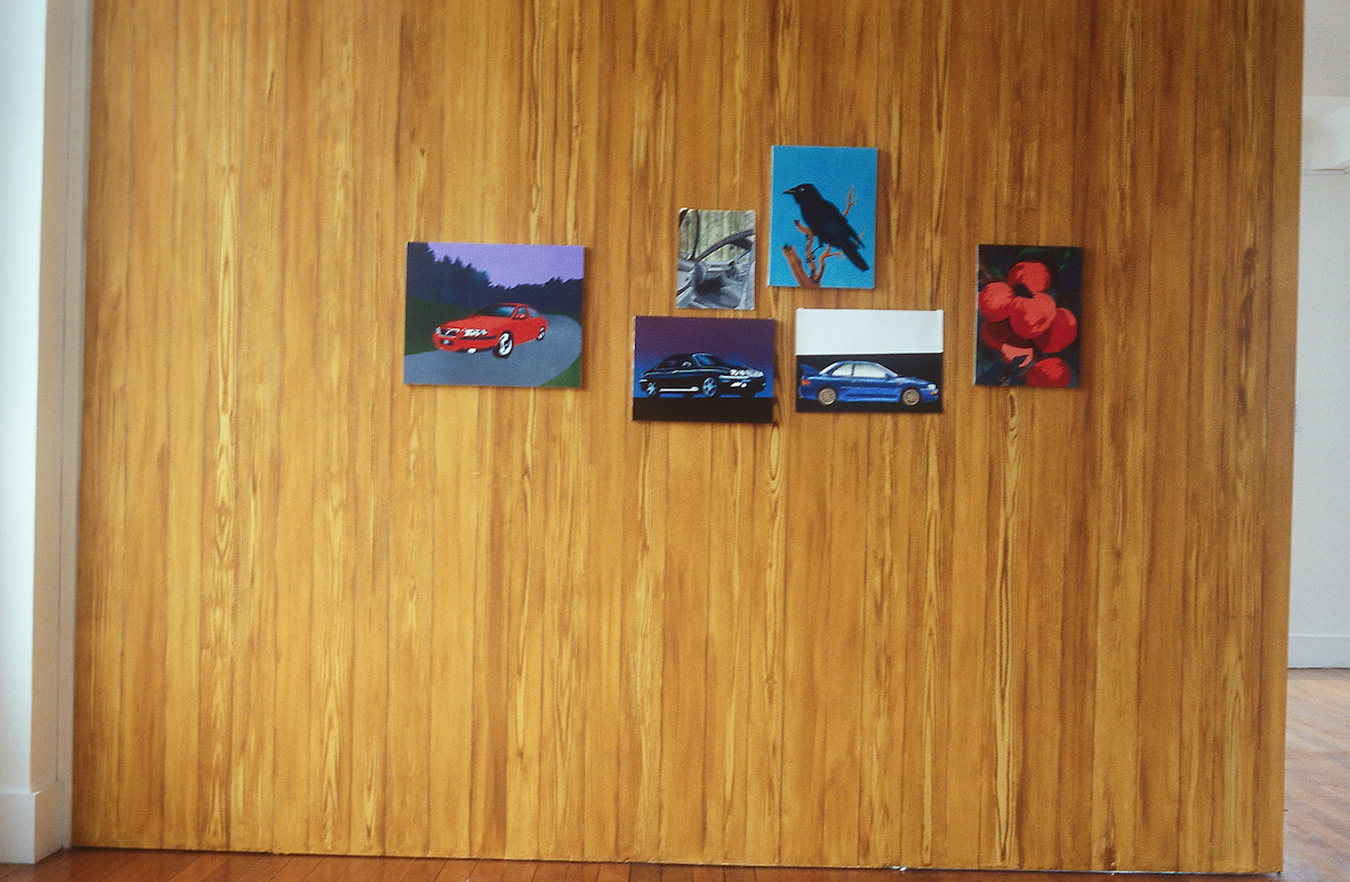 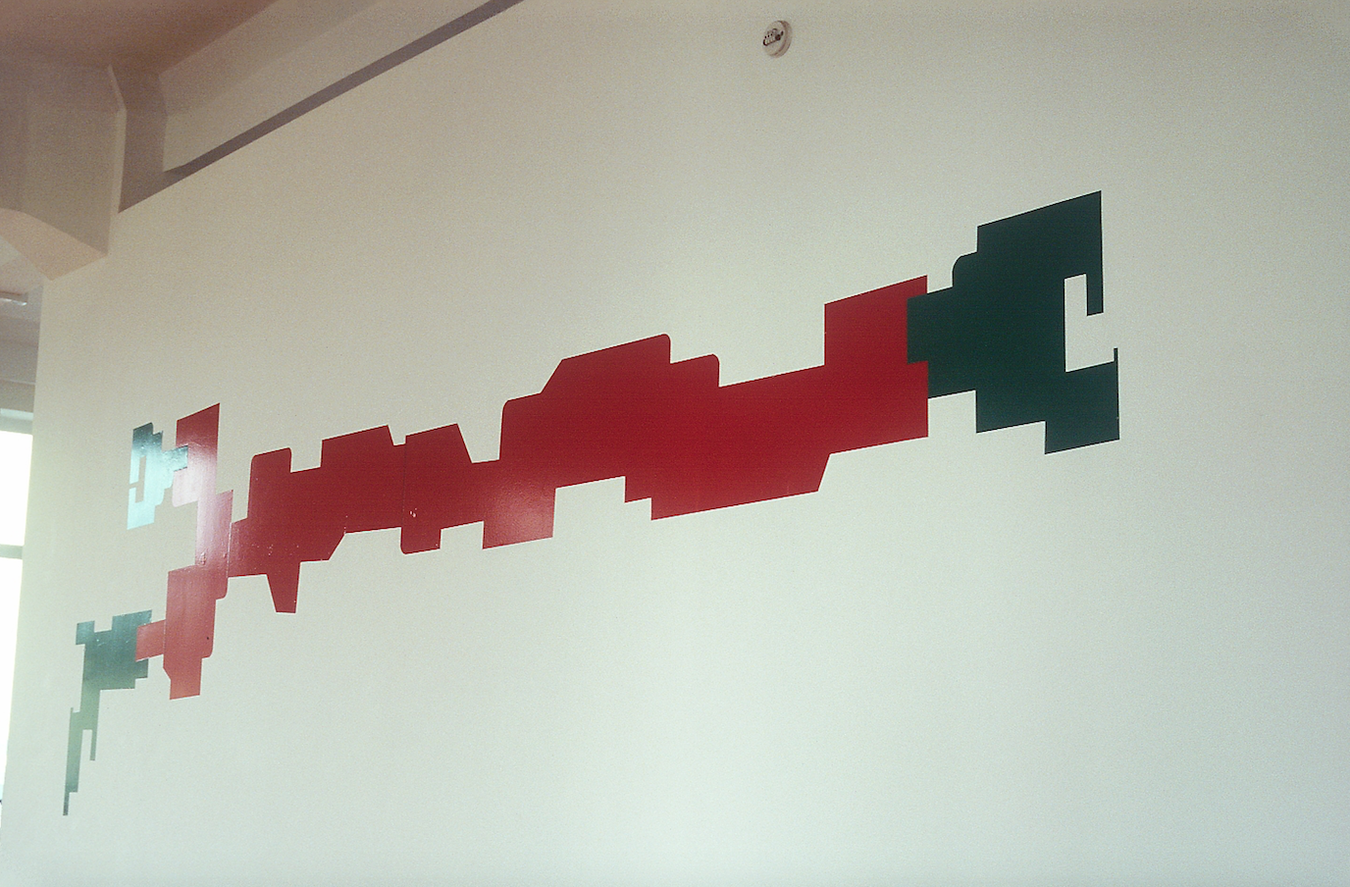 Why make art by yourself when you can have much more fun with your friends? Eschewing the traditional role of the artist as the angst ridden, garret dwelling individualist, Australian artists seem more prone to congregate in packs than their New Zealand equivalents, with recent showings at The Physics Room by collectives G3, KIT, First Floor, and Textbase in the last two years alone.

Based in Melbourne, the four core members of Rubik have exhibited and curated in alternative spaces throughout Australia, as well as publishing a series of books showcasing the work of Australian and New Zealand artists. Going against the grain of much contemporary installation art, Rubik emphasis the qualities of drawing and 2D imagery in their practice, often in large scale works which utilize the very space itself, drawing and painting onto gallery walls and floor.

Drawing on pop cultural references as diverse as One Flew Over The Cuckoos Nest and children’s fairy tales, the works in this show were both playful and explorative. Using DIY home decorating techniques, James Lynch transformed a white wall into wood paneling for Are You Experienced?, against which small paintings were hung, in the manner of hunting trophies or animal skins, but with a suburban twist - a brightly colored sparrow, a fast car, rendered in the rather painstaking fashion of a Sunday painter.

Also applied directly to the surfaces of gallery walls, work by both Andrew McQualter and Julia Gorman appeared as diagrams or blueprints for some suggested action. Gorman’s abstracted, geometric shapes hint at patterns for some technological masterpiece, or perhaps a birds-eye mapping of the rhyzomatic structures of a city. McQualter offered more specific instructions in his sprawling construction, presenting a flowchart of the process’s, and reasons, for art making.

Ricky Swallow, fresh from winning Australia’s Young Contemporas award for 1999, exhibited a life-size homemade turntable which played records via a sewing needle stylus inserted into a picnic paper cup. Like Lynch’s work, Swallow’s turntable had the meticulous construction of a keen enthusiast, and was accompanied by a ‘how to’ video, to educate the uninitiated into the subtle mores of DJ culture.

Elaborate fantasy creatures and the seductive world of Hollywood were represented by drawings and photographs by Tim McMonagle and Julia Gorman. Gorman’s larger than life coreflute reproductions of children’s tales swung like mobiles from the gallery ceiling, while McMonagle displayed snapshots of the artist standing in an airport arrival lounge, holding up signs in the manner of a car hire agent, each scrawled with the name of an actor from classic movie The Magnificent Seven.

DAMP, a further (sub)collective offered models for communal behaviour in three videos which endlessly looped. A loose grouping of ten artists, and formed while all members were fellow students, DAMP’s initial project from that time involved the establishment of an art school cheerleading group, created to promote a sense of achievement and worth in fellow students.

However, such noble ideals seemed to have been turned on their head by the first of the videos shown in Are You Experienced? Featuring raw documentation of a performance staged at 200 Gertrude Street, in Melbourne, and promoted as a group show of DAMP ceramic work, members are seen infiltrating the opening crowd, engaging in small interactions with each other which are rife with tension. These apparently random disputes build, culminating in the entire collective brawling in the midst of the artwork, smashed plates and wine glasses abounding galore. Audience members can be seen looking on, their faces a mixture of excitement and embarrassment.

Much in the way in which traditional drawing becomes a tool for the development and refinement of initial ideas, to be ultimately resolved in the medium of oil on canvas, the works in Are You Experienced? can all be read as marquettes or manuals for some further action or process. From McQualter’s complicated diagrams to DAMP’s explanatory videos aiding good behaviour, Are You Experienced offered support and advice for the culturally confused.

Rubik 10, Are You Experienced (webarchive)