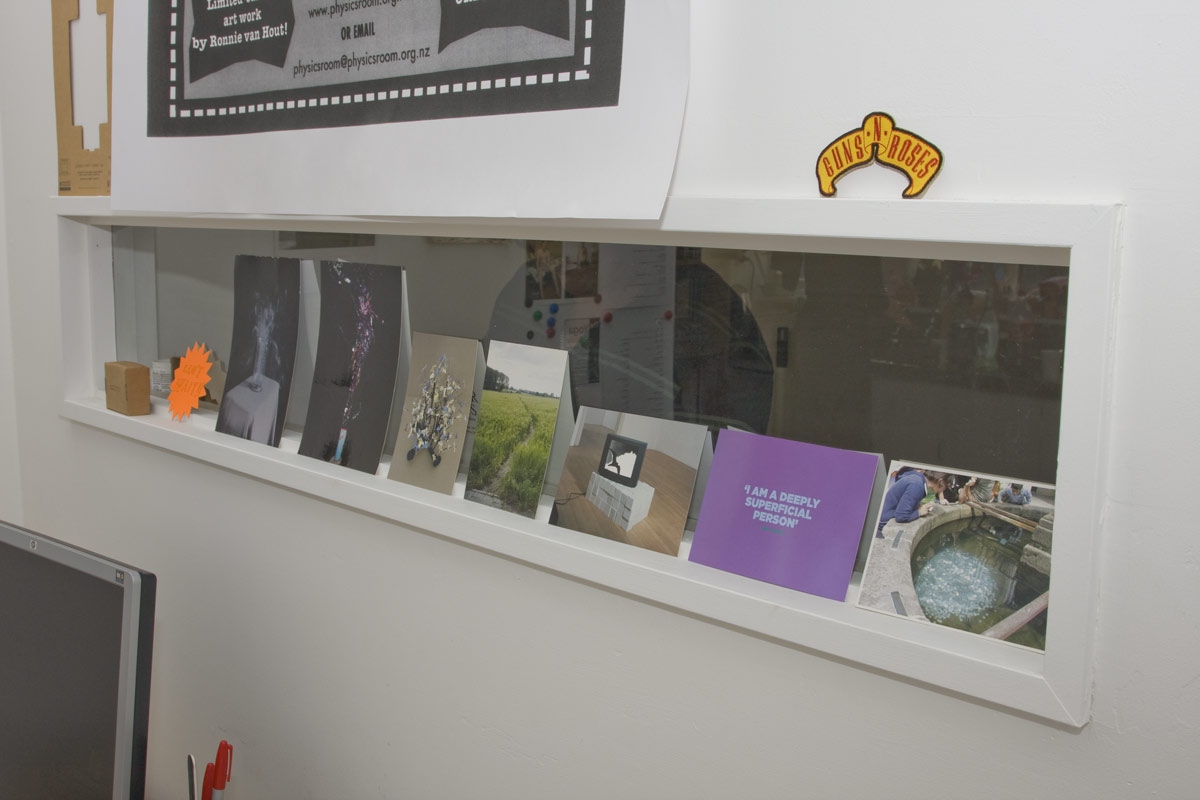 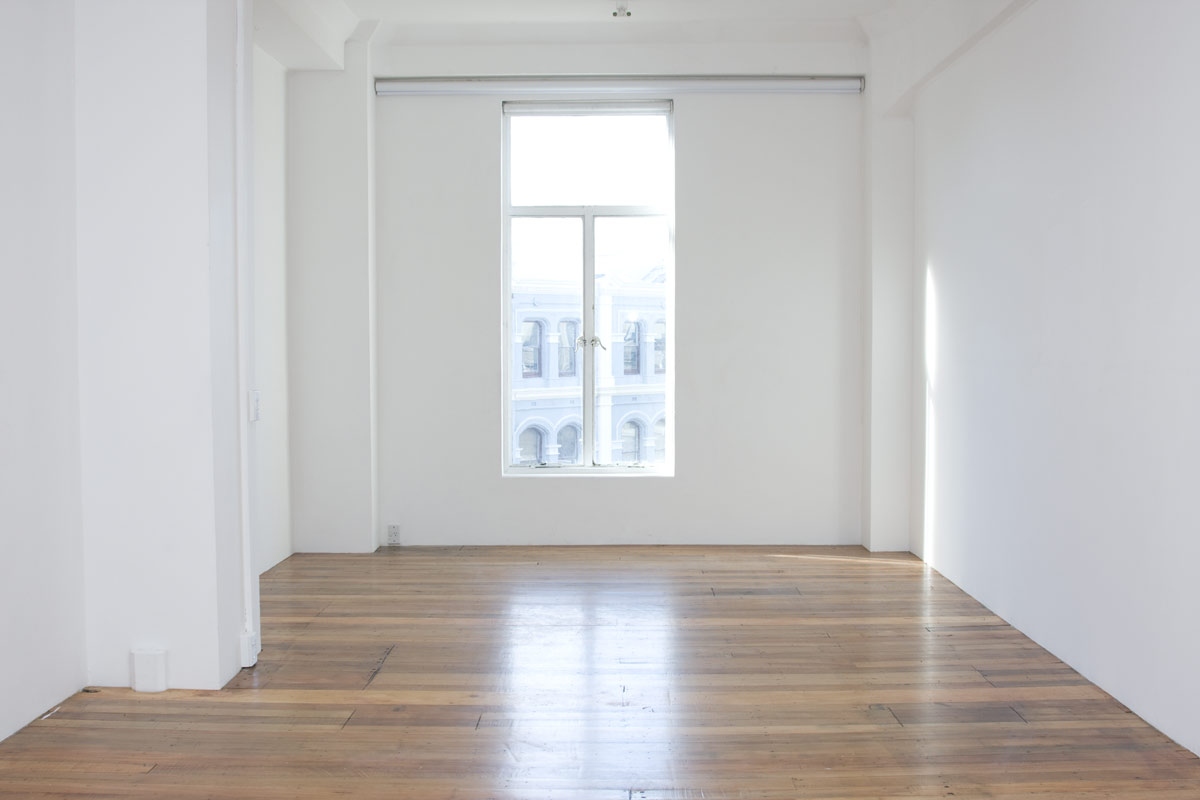 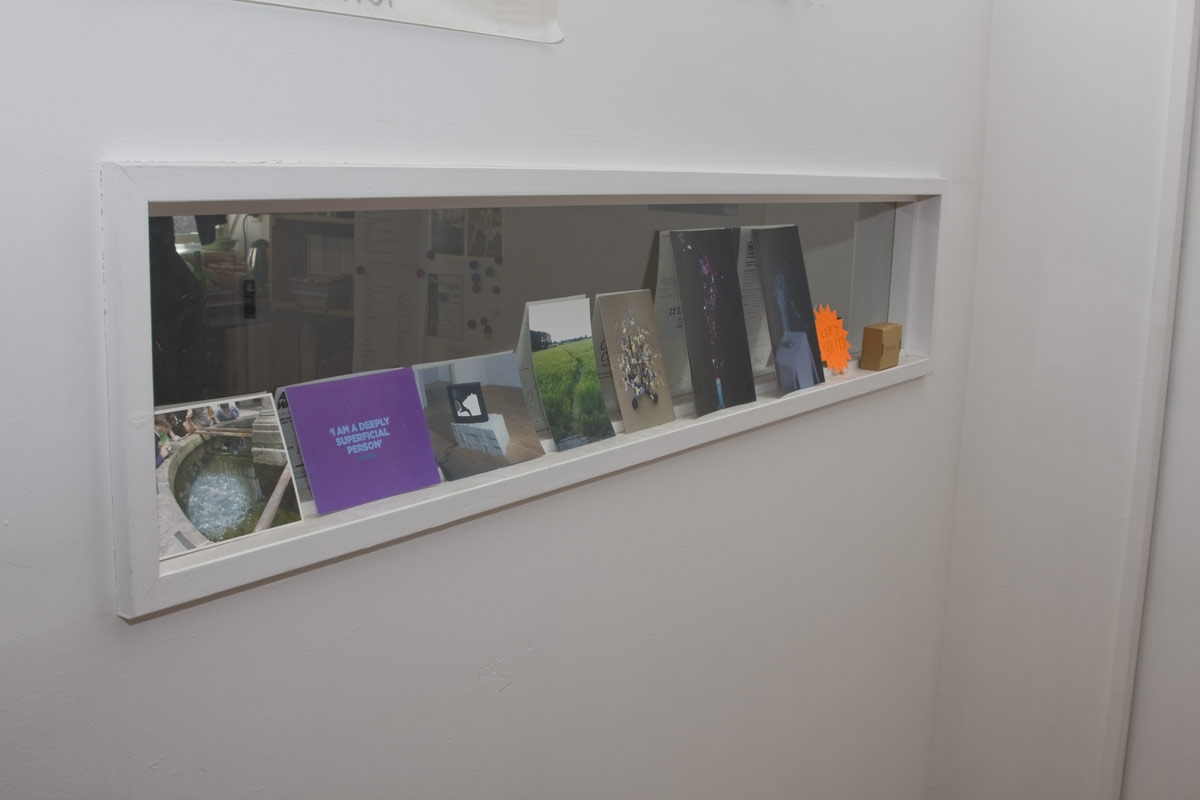 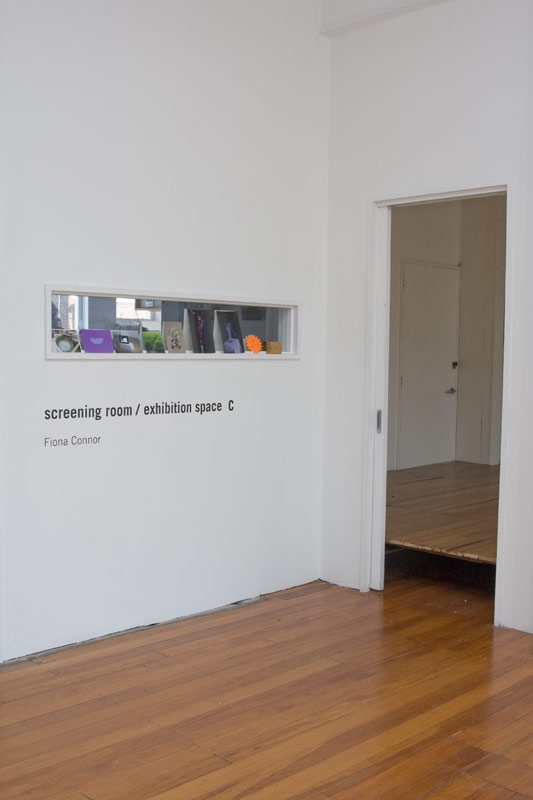 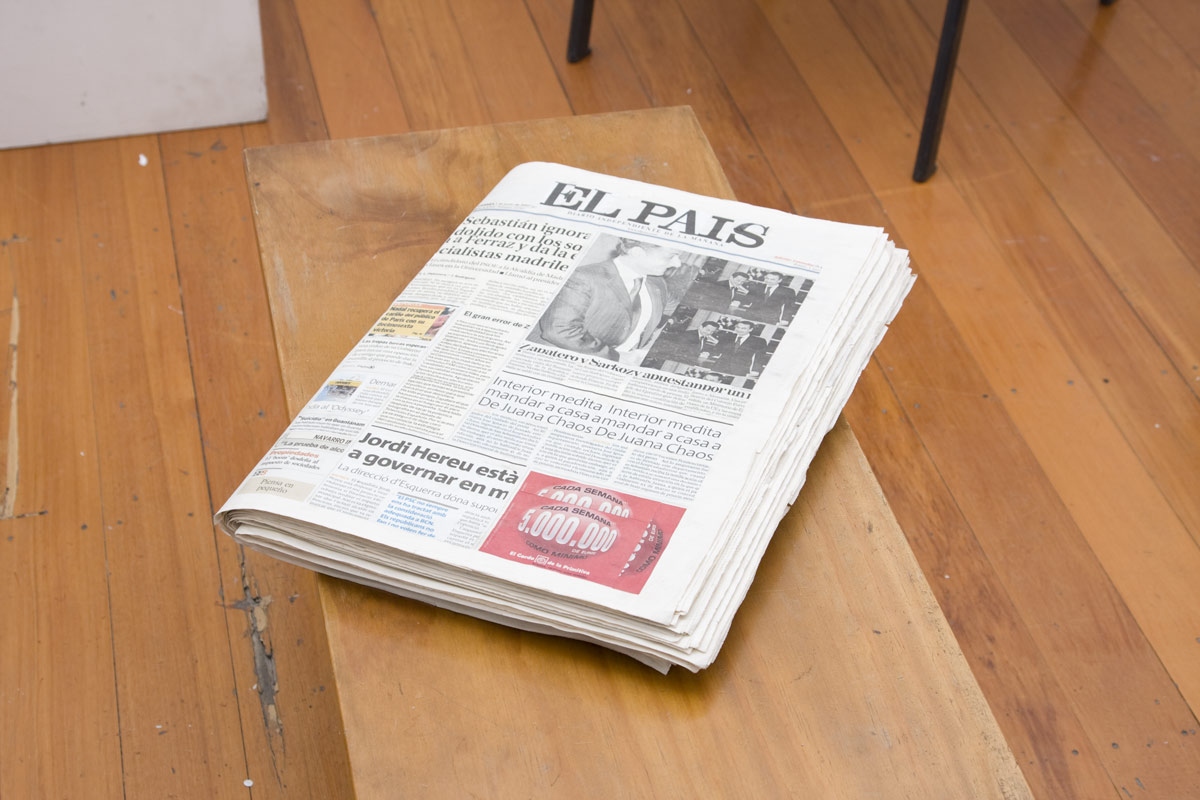 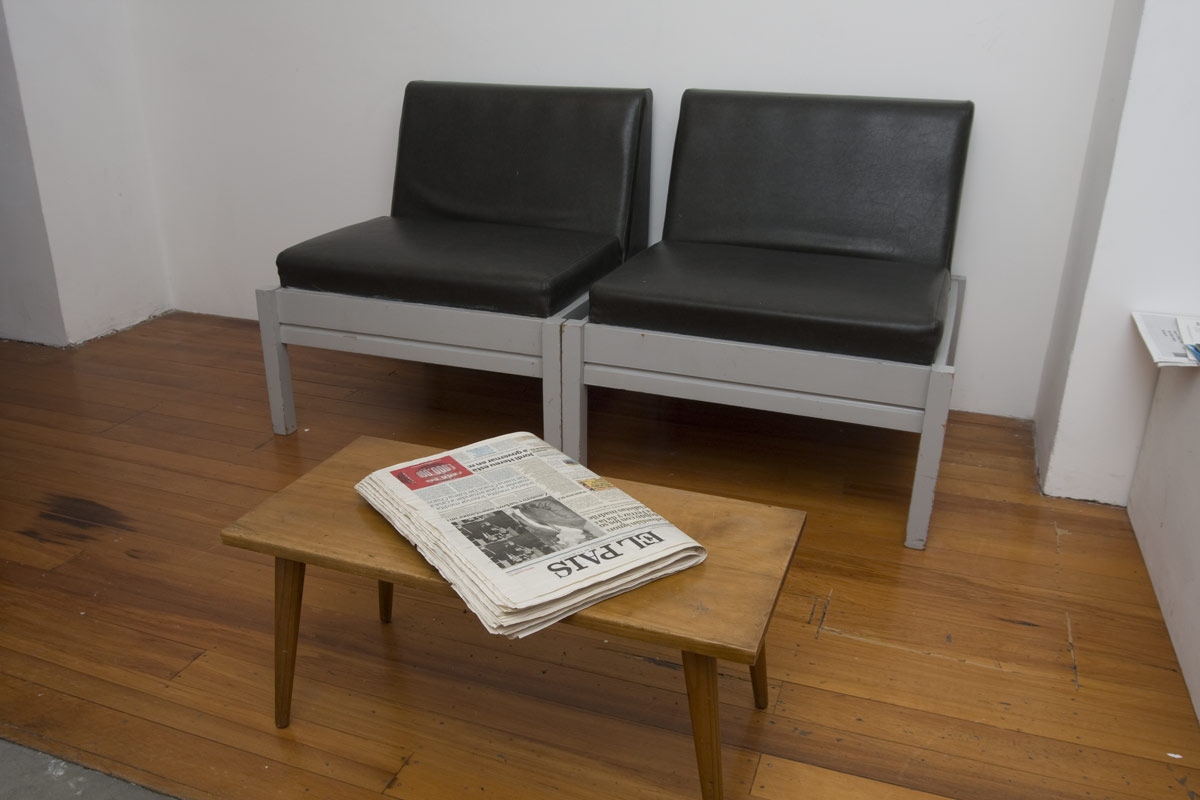 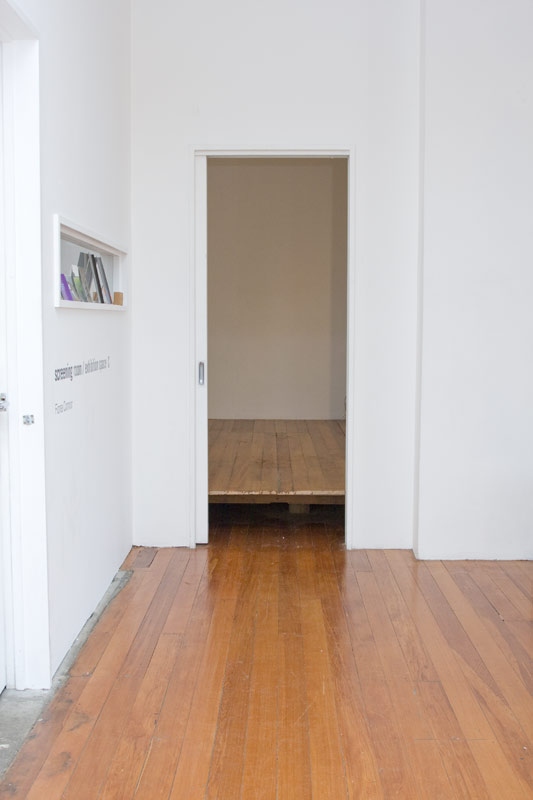 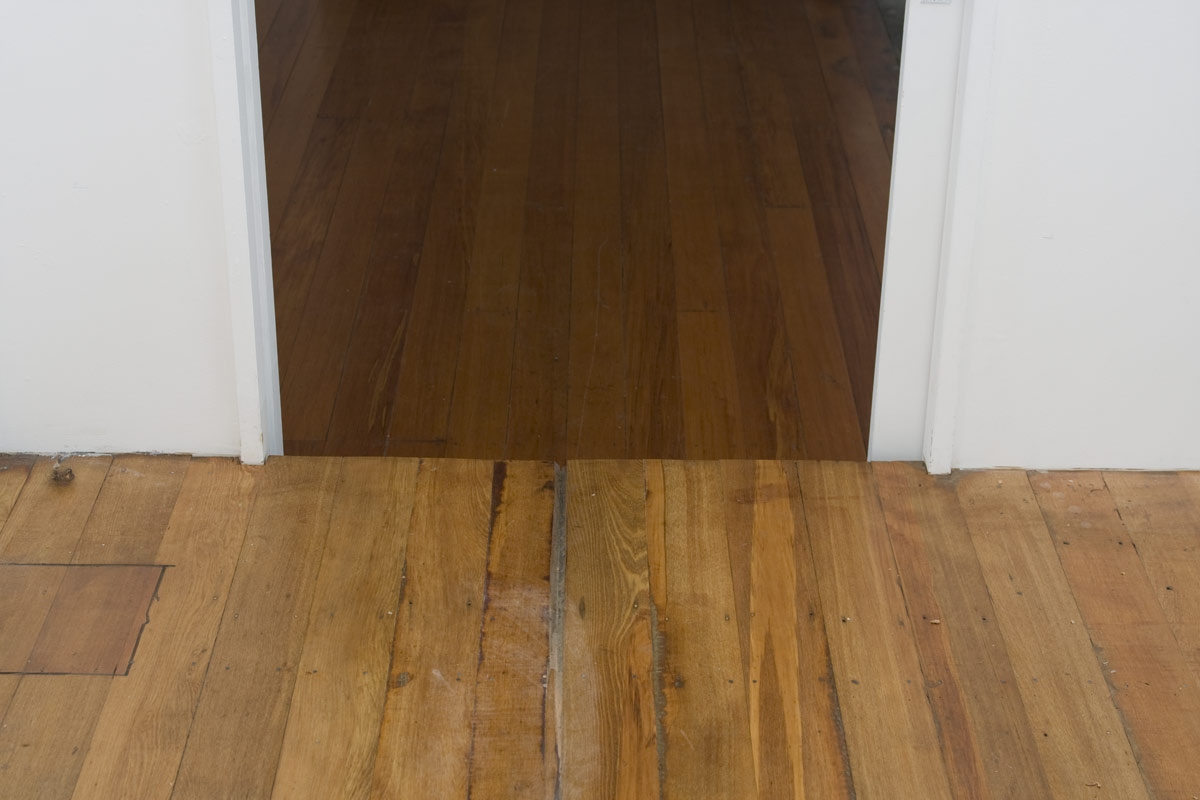 Using the gallery as a material in and of itself and creating a situation where everything matters, Fiona Connor presents to us screening room / exhibition space C. By replicating and echoing surfaces that in this case forge an all inclusive plinth which potentially activates the possibilities of everyday happenings, here Connor utilises the pre-existing gallery space as a model for the raised floor construction she’s created, which is an elevated carbon copy of what would normally be encountered within the space.

This rising tide of construction flooding the room not only supports the concurrent exhibition surrounding the politics of water, but also the works on paper presented in the existing Physics Room publication stand. Here the interests motivating Connor’s large-scale architectural intervention extend subtly outside of that space, as other echoes of representation merge with the more communal, everyday spaces of The Physics Room for an audience familiar enough to notice them.

Fiona Connor graduated from the University of Auckland in 2003 with a Bachelor of Fine Arts and is currently completing her Bachelor of Arts. Connor is a member of artist-run initiative Gambia Castle, and former board member of Special Gallery in Auckland. She has held a number of solo exhibitions, most recently, Old Buildings, Gambia Castle, Auckland, 2007; Free Literature, Window, Auckland, 2007; and 536 Days and 88388 km Away, Special Gallery, Auckland, 2006. Recent group exhibitions include You Are Here, ARTSPACE, Auckland, 2008; The World (will soon turn our way), Gambia Castle (offsite), Auckland, 2008; Things you would find in a library, Engine Room, Wellington, 2008; en permute, MAS, Barcelona, 2007; Forestaurant, City Art Rooms, Auckland / HSP, Christchurch, 2007; and Shack, University of California, San Diego, 2006.