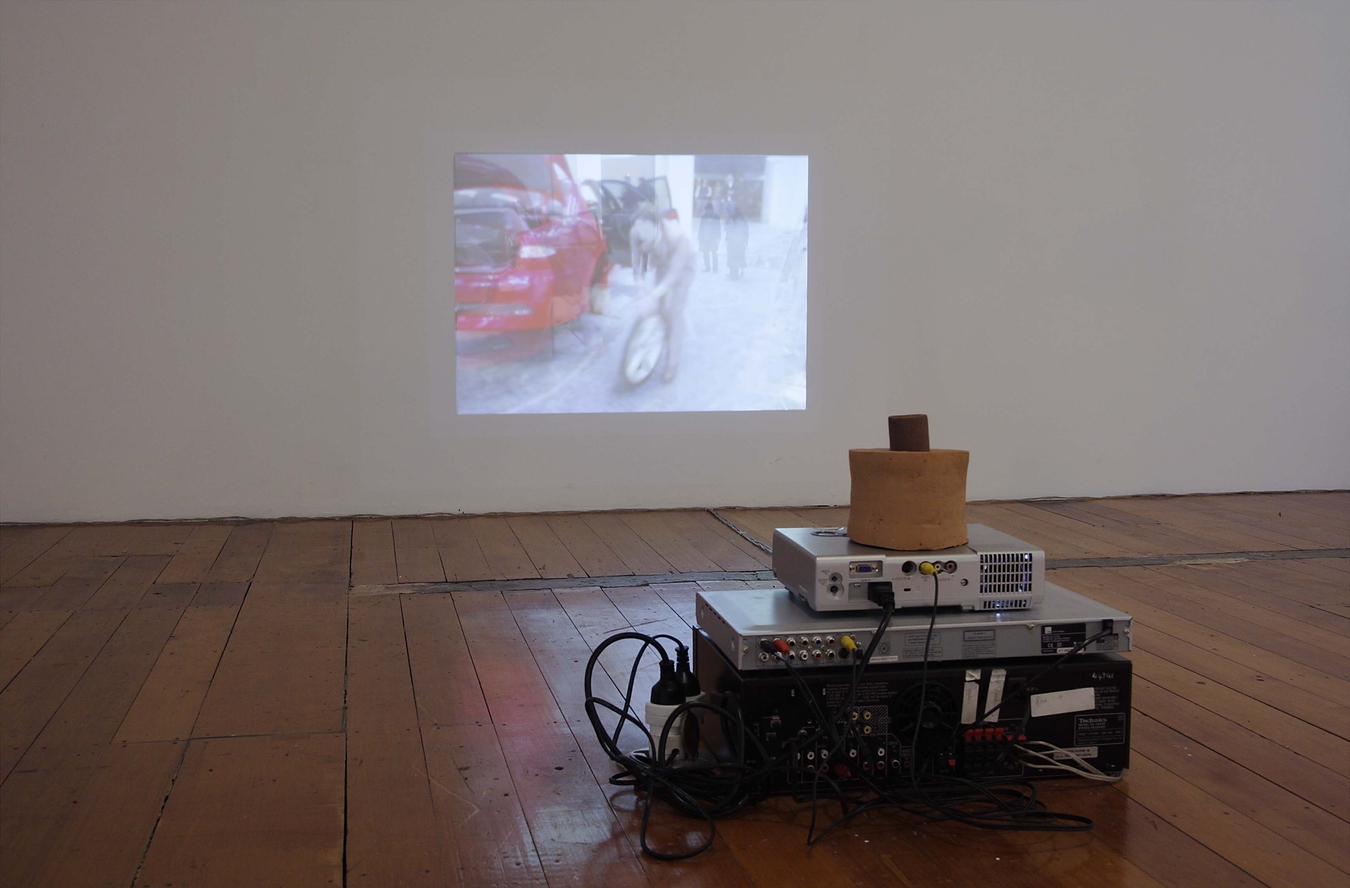 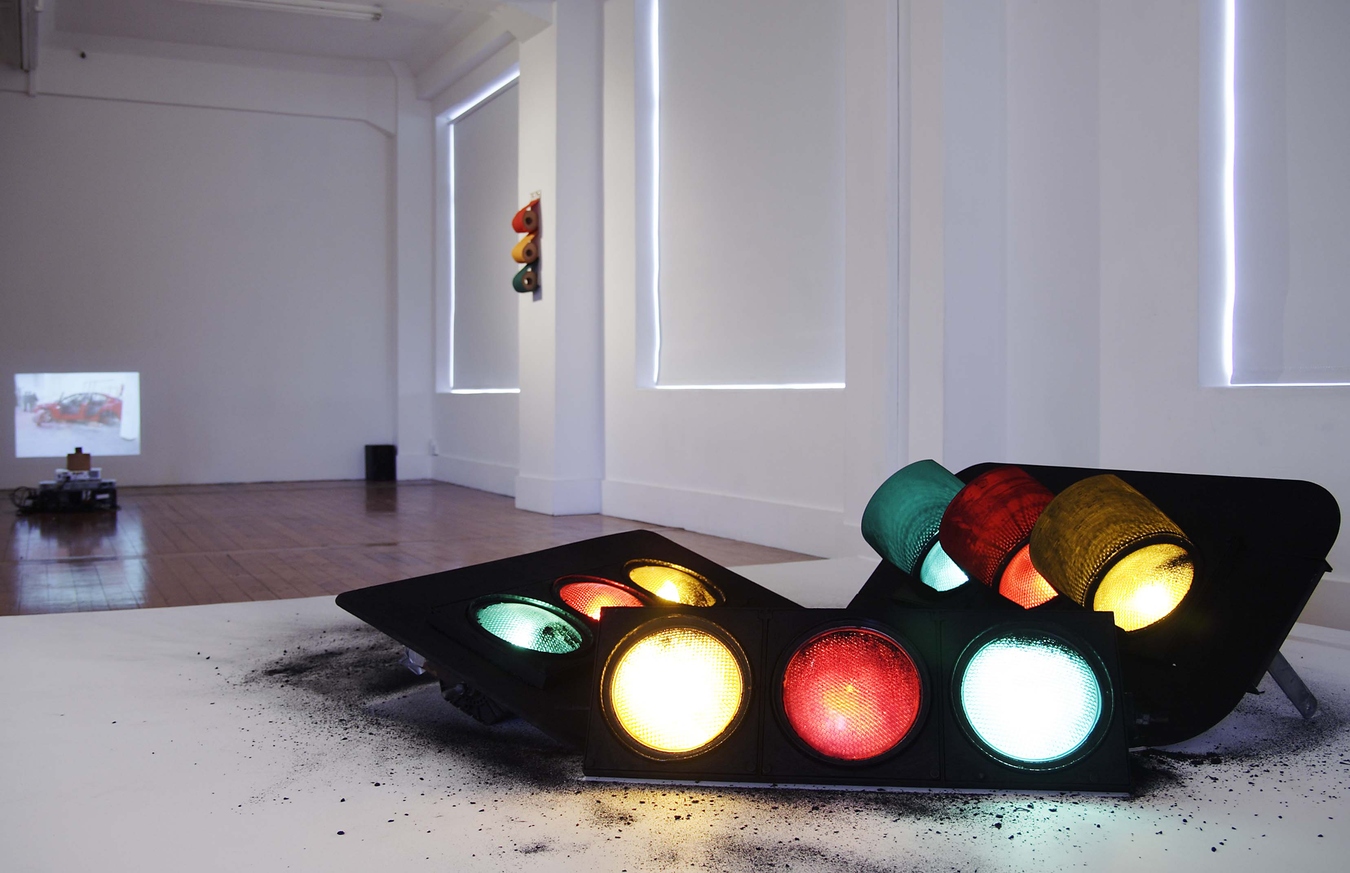 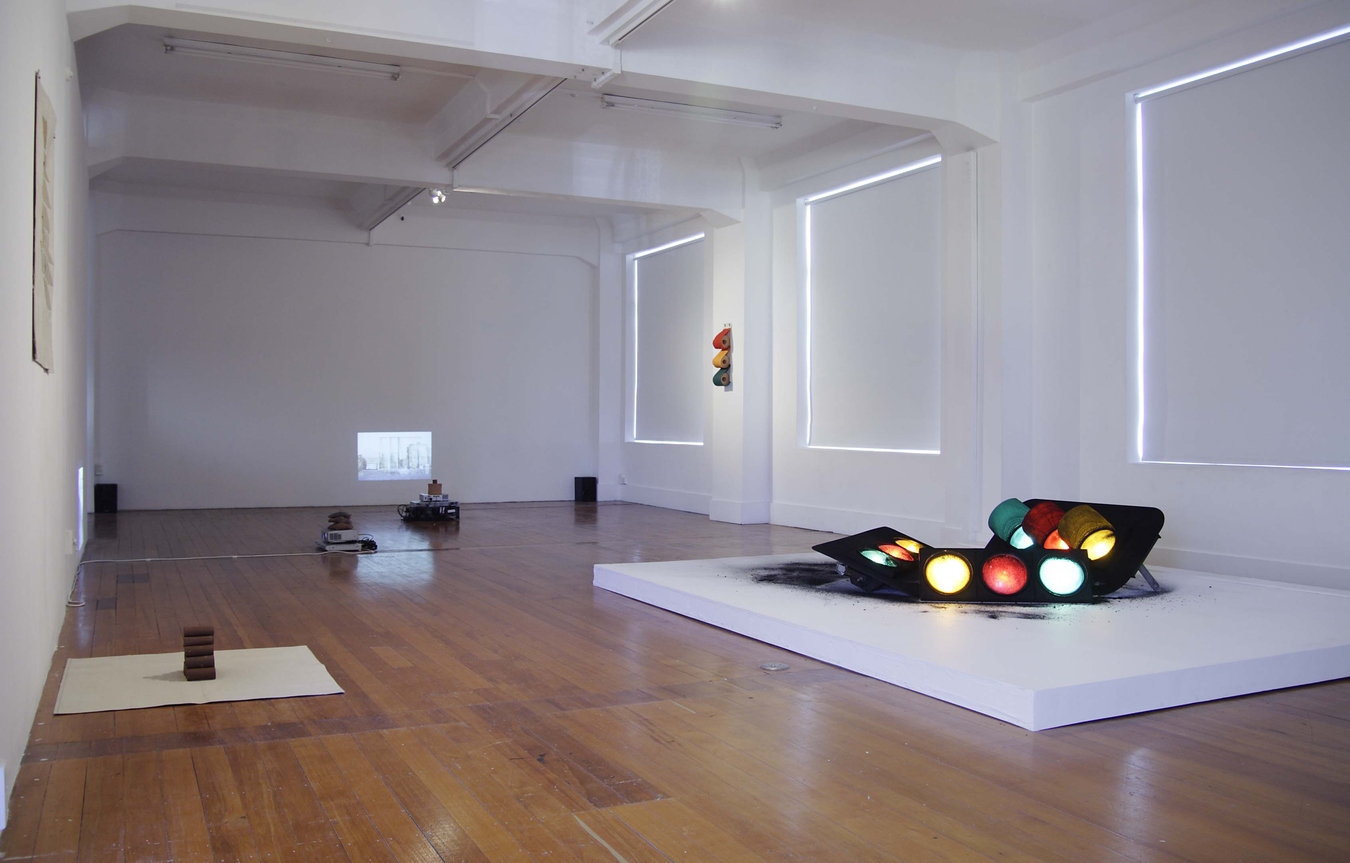 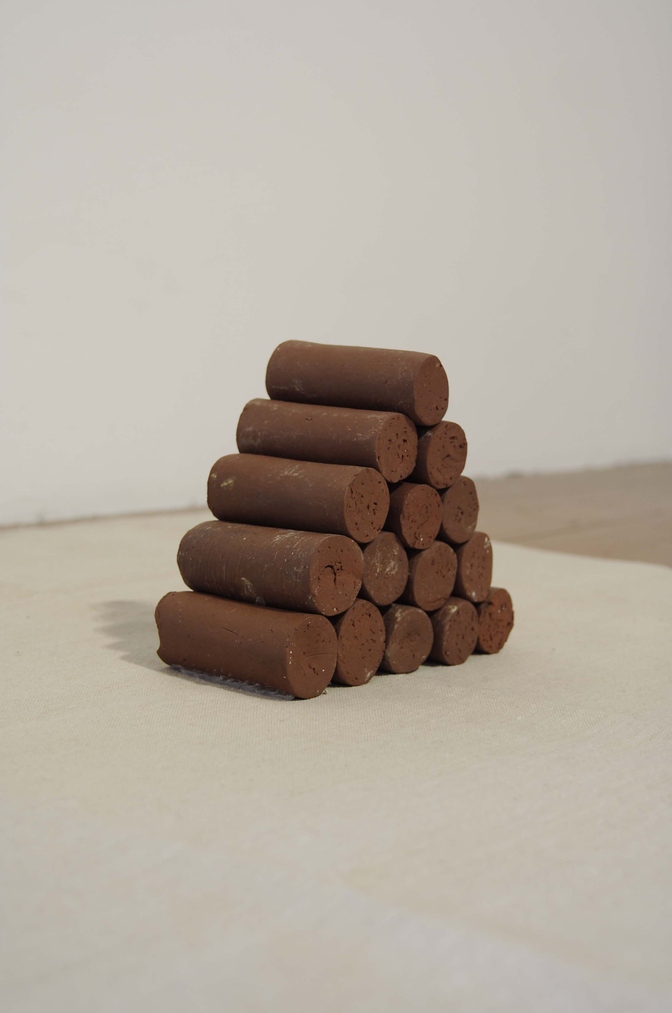 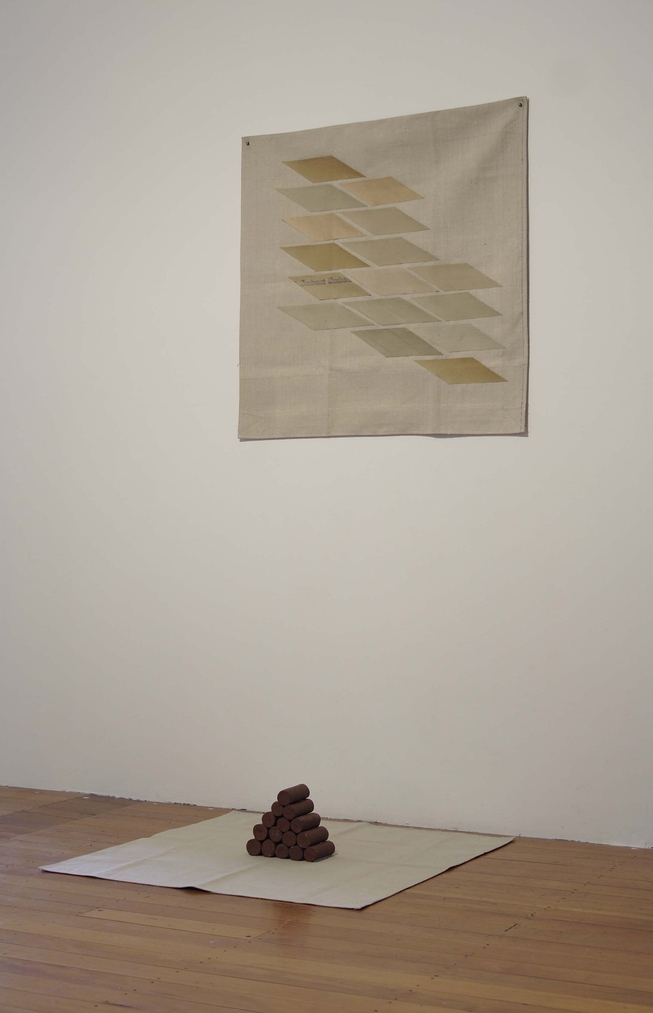 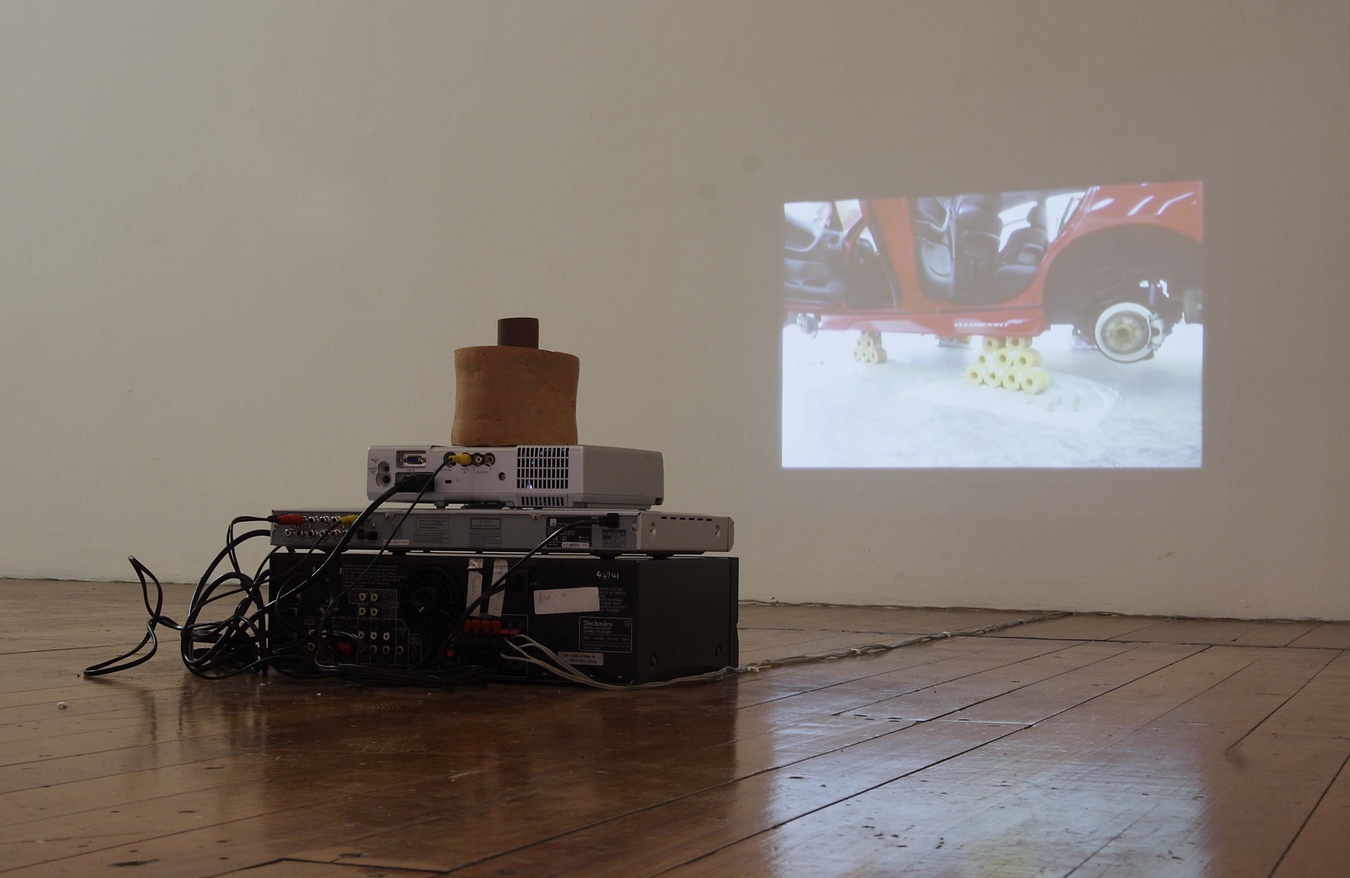 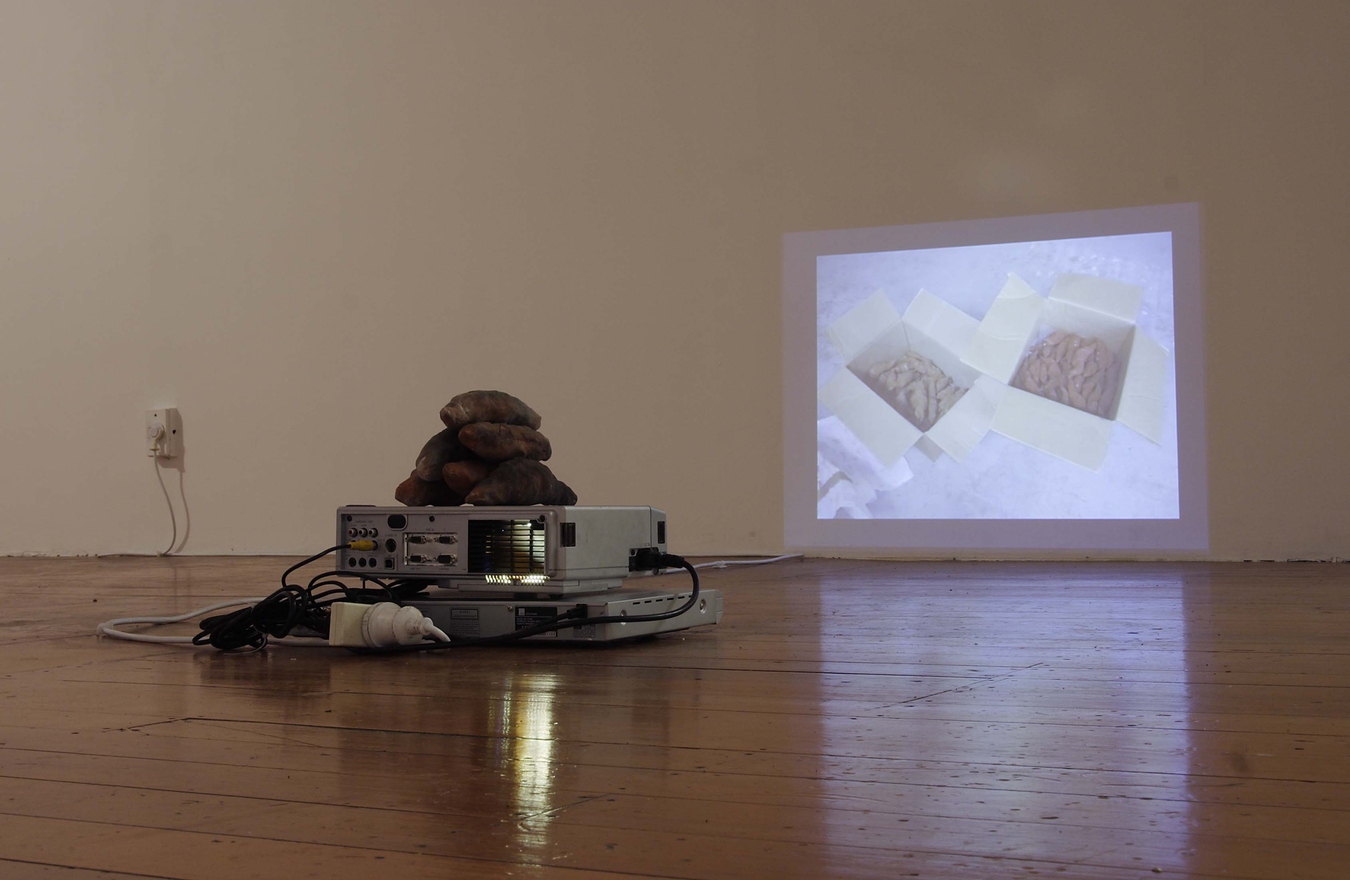 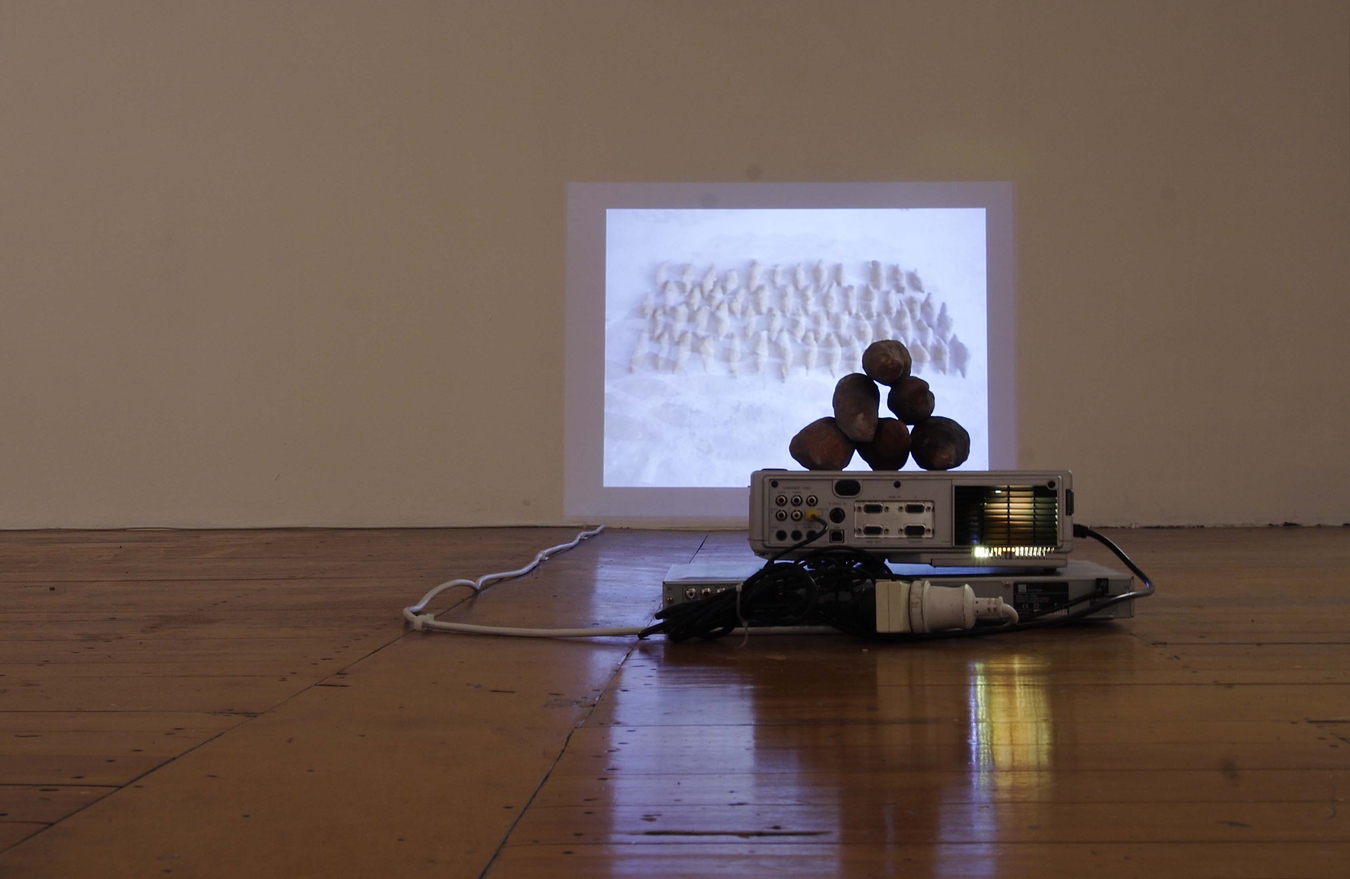 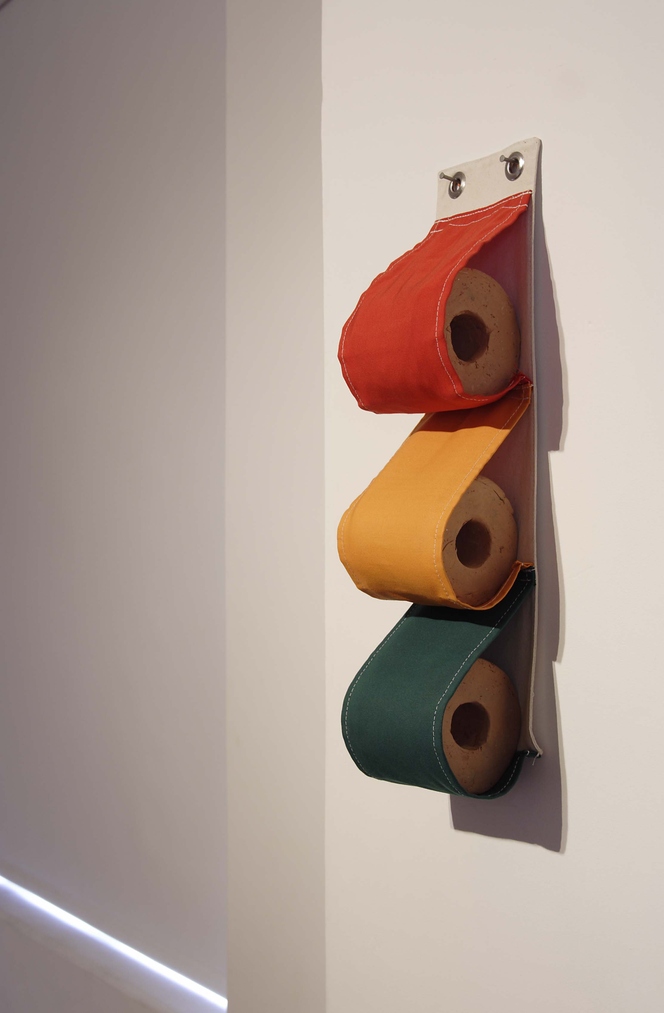 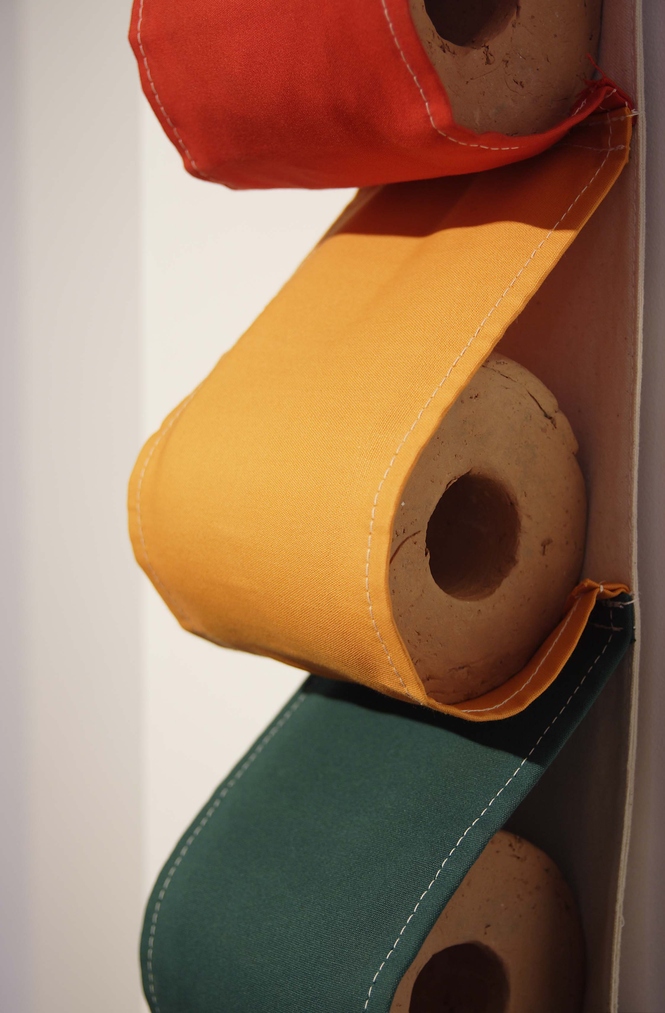 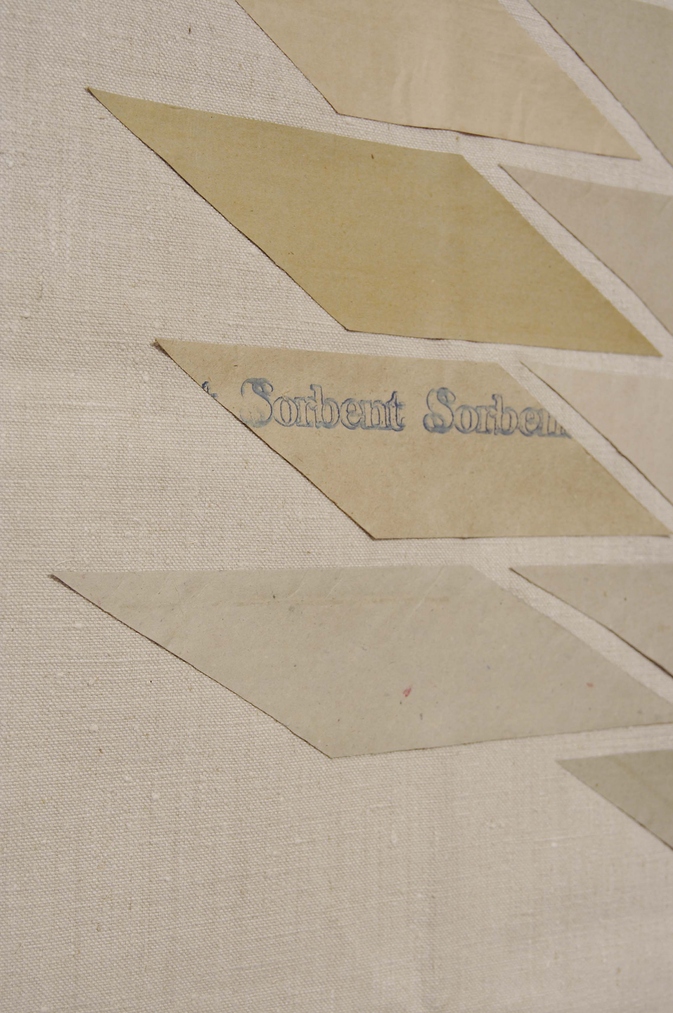 Recollecting what might appear as disparate or quite different works, realised as they were in a variety of locations such as Santiago, New York, Sydney, Auckland and Christchurch, Earth Works seeks to document, agitate, revive and propel. Known for surreptitiously creative gestures that effect potent critiques of conceptual practice and political realities alike, Daniel Malone here offers an evidential account of some of his recent practices since his initial exhibitions at The Physics Room in 1997’sWork For The Asian Community and 1999’sCalifornia Über Alles.

Following the success of Black Market Next To My Name, Gambia Castle, Auckland, Earth Works’ installation will draw out resonances around a variety of materials as well as the formal qualities of the horizontal and vertical in relation to hierarchies of value and power, cultural flow, and base elements of being human.

Utilising a variety of approaches including sculpture, sound, ceramics, performance and photography, Malone’s interest in the cultural processes at large within a variety of contexts sees him mobilise often surprising and humorous tactics to confront cross cultural ties and politicised expectations.

Earth Works will also occasion a forthcoming publication surveying works exploring the above themes and processes of ceramics.