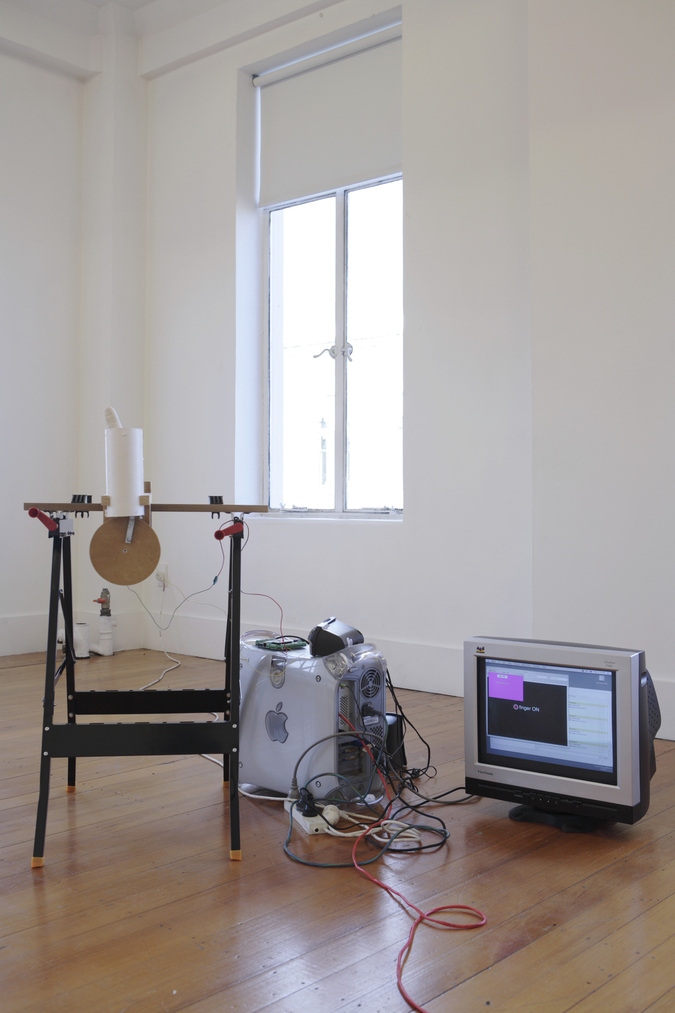 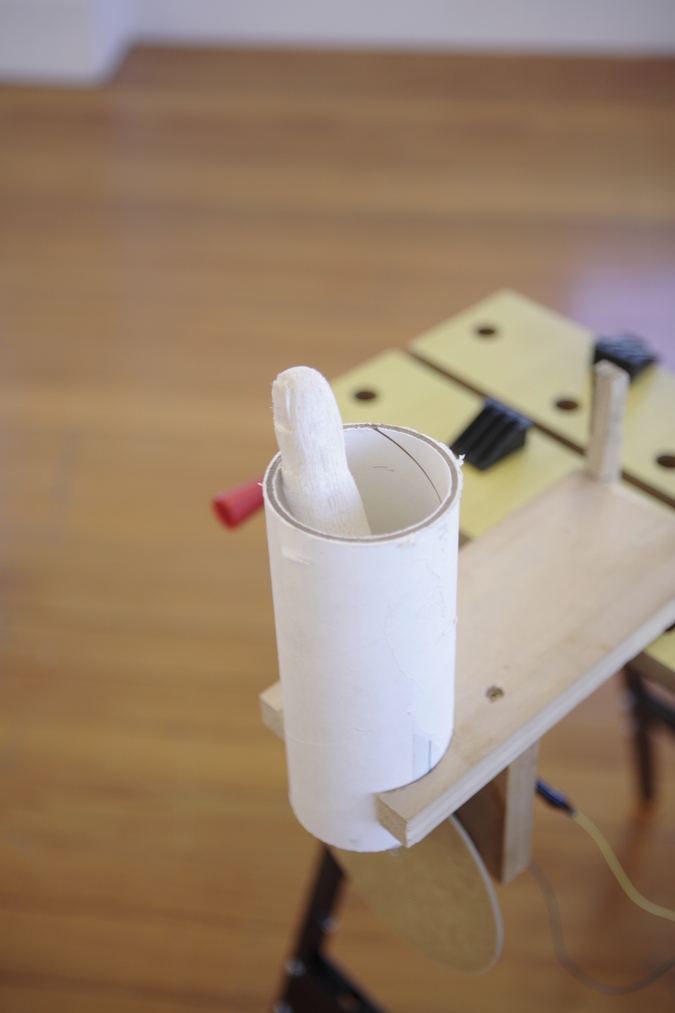 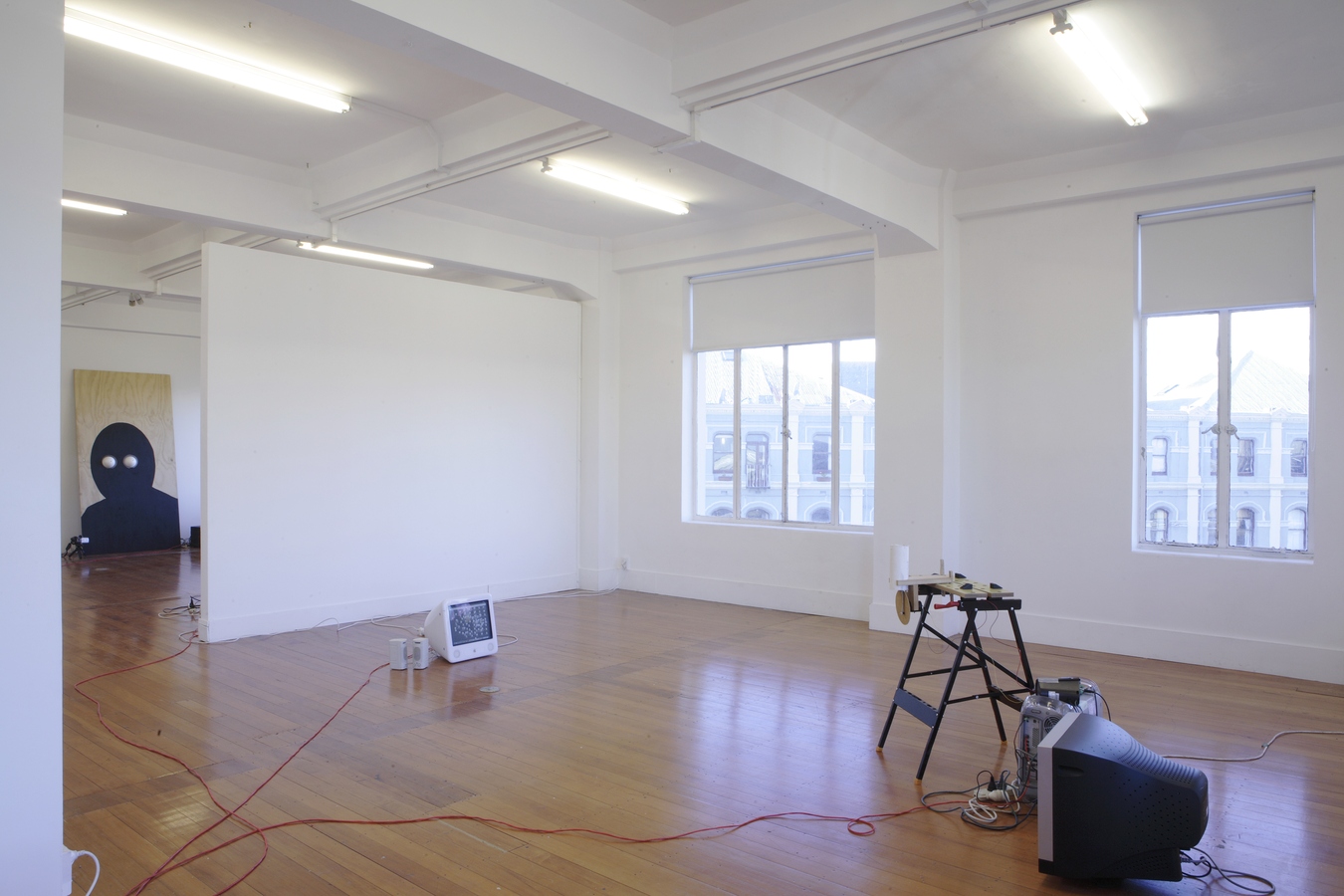 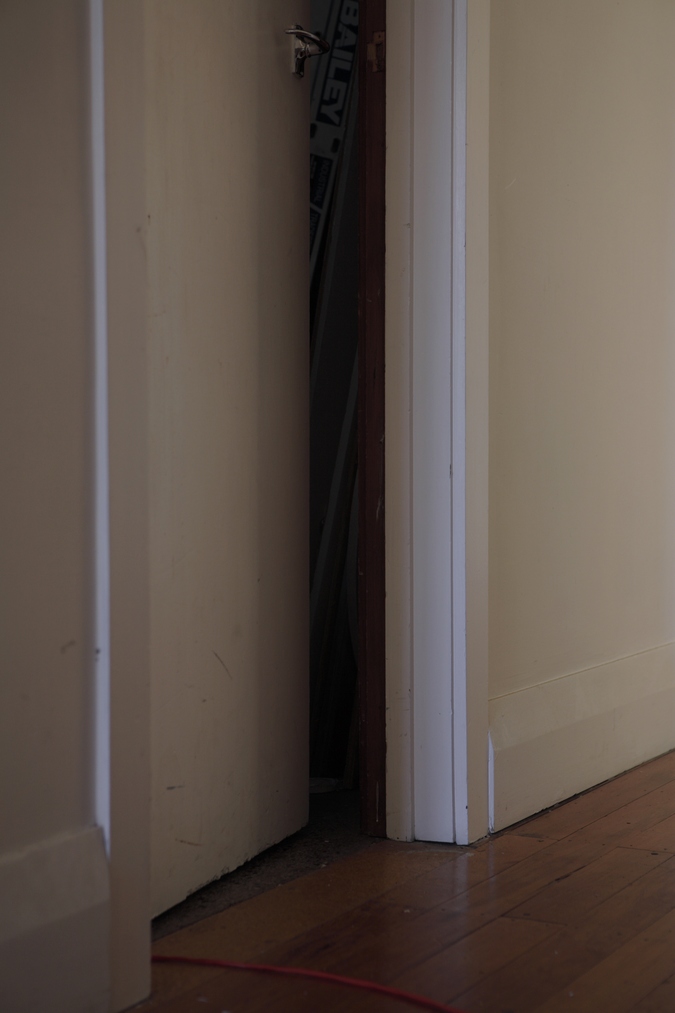 Investigating the uncertain terrain of the DIY and the unconventional, klunk, clomp, aaugh! allows instability and uneasiness to provocatively gestate within The Physics Room as Sean Kerr’s misfit mechanisms, pranks and ruses abound.

Affirming his position as New Zealand’s own troublemaking new media pundit, cheap shots and chaos emerge from a network of triggers and hubs set up within the gallery. Accompanied by a host of punk influenced attitudes, Kerr’s installation seeks to disorientate, unsettle and confuse through high-tech but low-fi means.

Citing Martin Kippenberger’s practice as “a series of strategies designed to multiply misunderstandings and create unstable meanings,” Kerr combines a confrontational, punk sensibility with the form and function of interactive artworks, and in doing so inflects our user-focused expectations of both art and technology.

Working with his audience by working against them, Kerr convincingly short circuits our expectations of the stimulating and enlightening interactions we might seek to have with art works during a trip to the gallery. Playing off against our deference for decorum and the expected order of things, the catalytic and bafflingly banal mechanisms accommodated within klunk, clomp, aaugh!play with our understandings of ‘self’, ‘art’ and the social architecture that supports both these constructs.