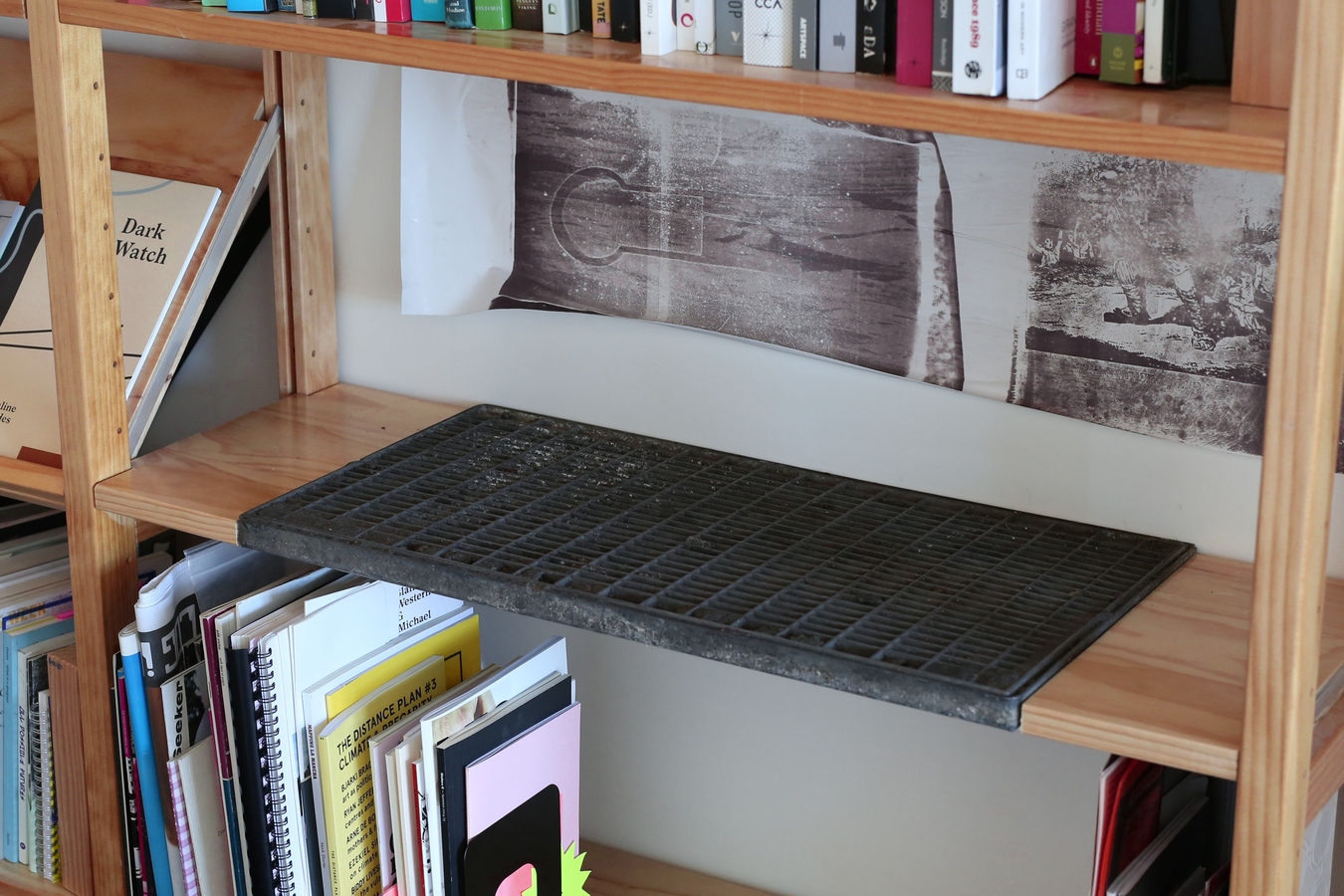 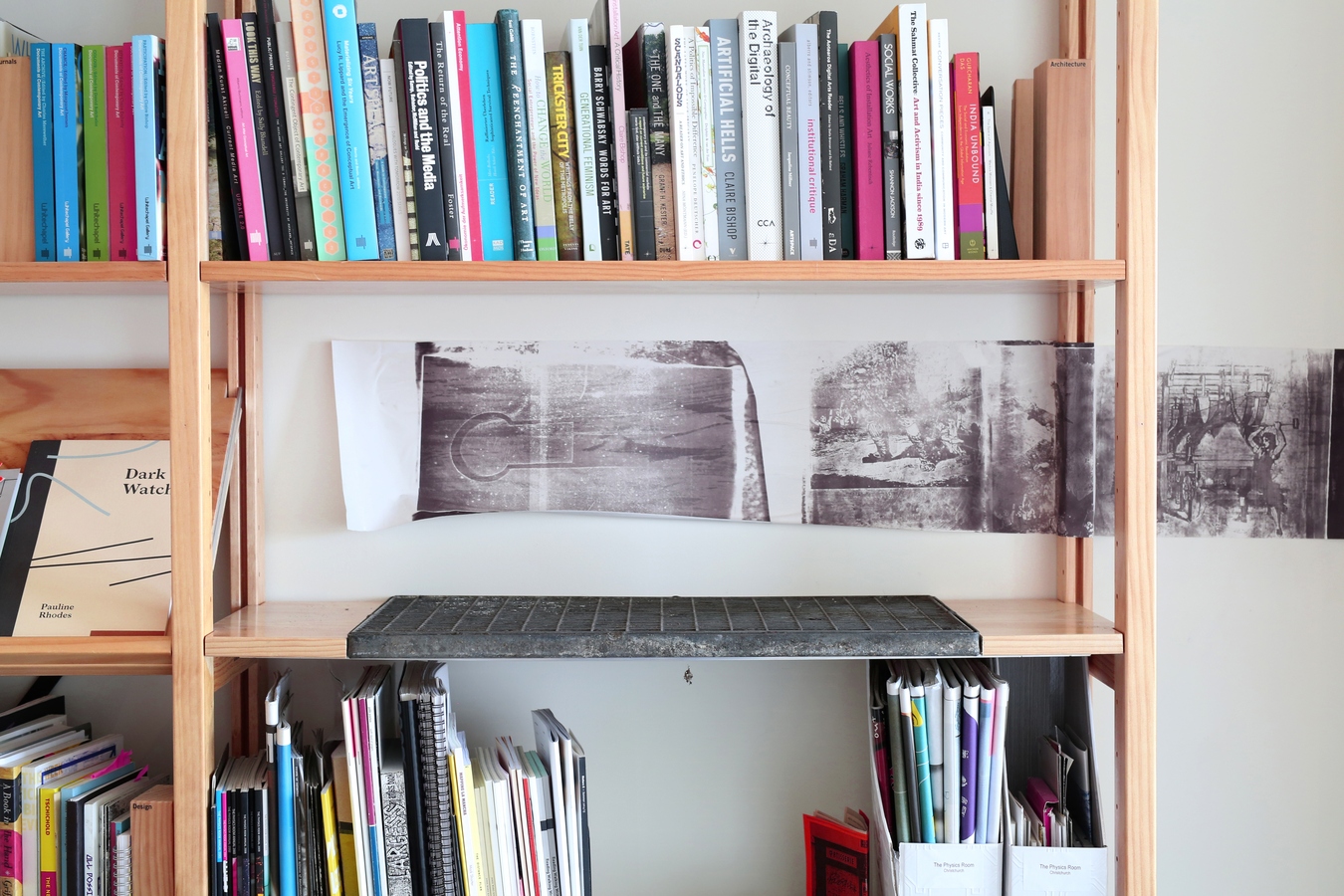 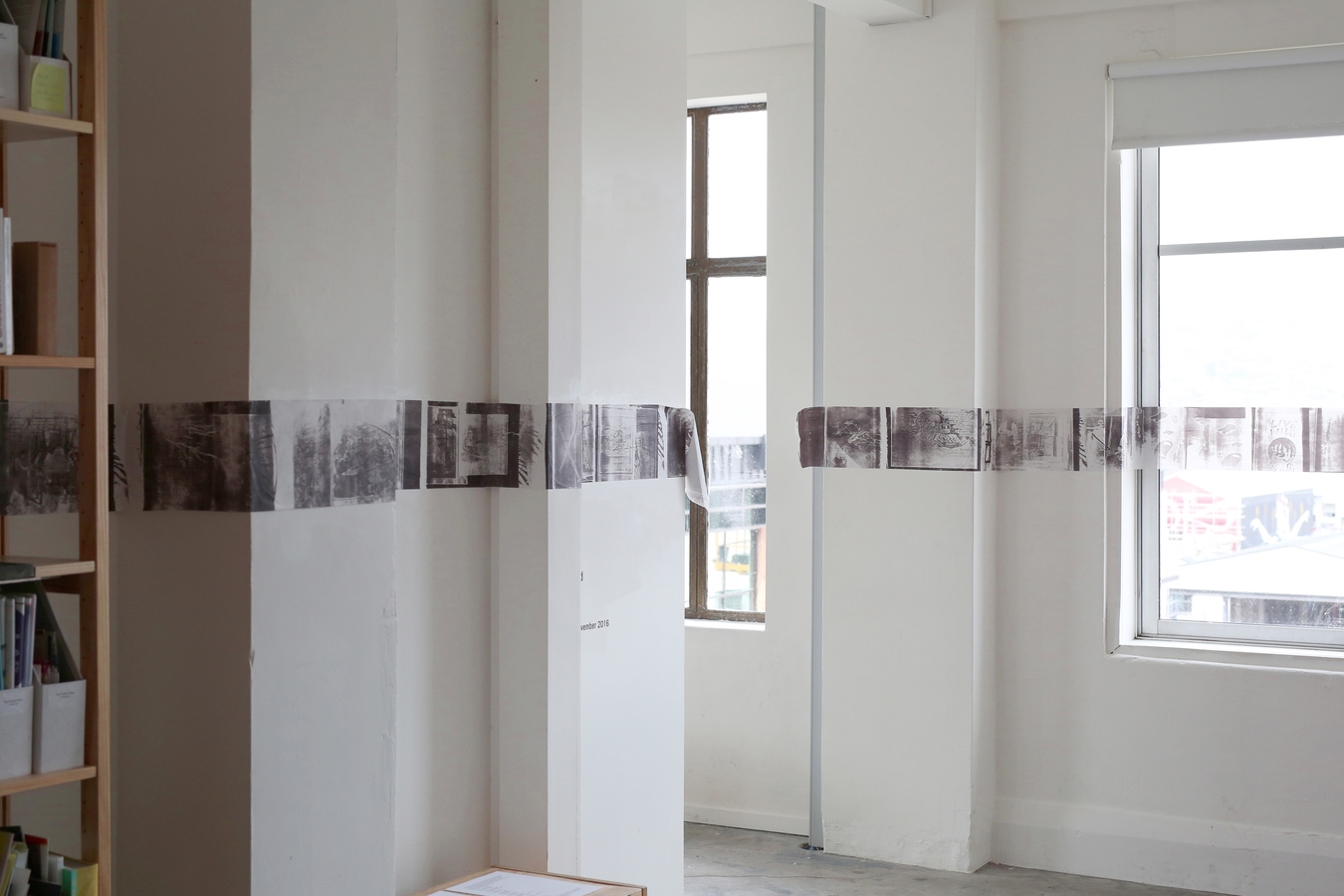 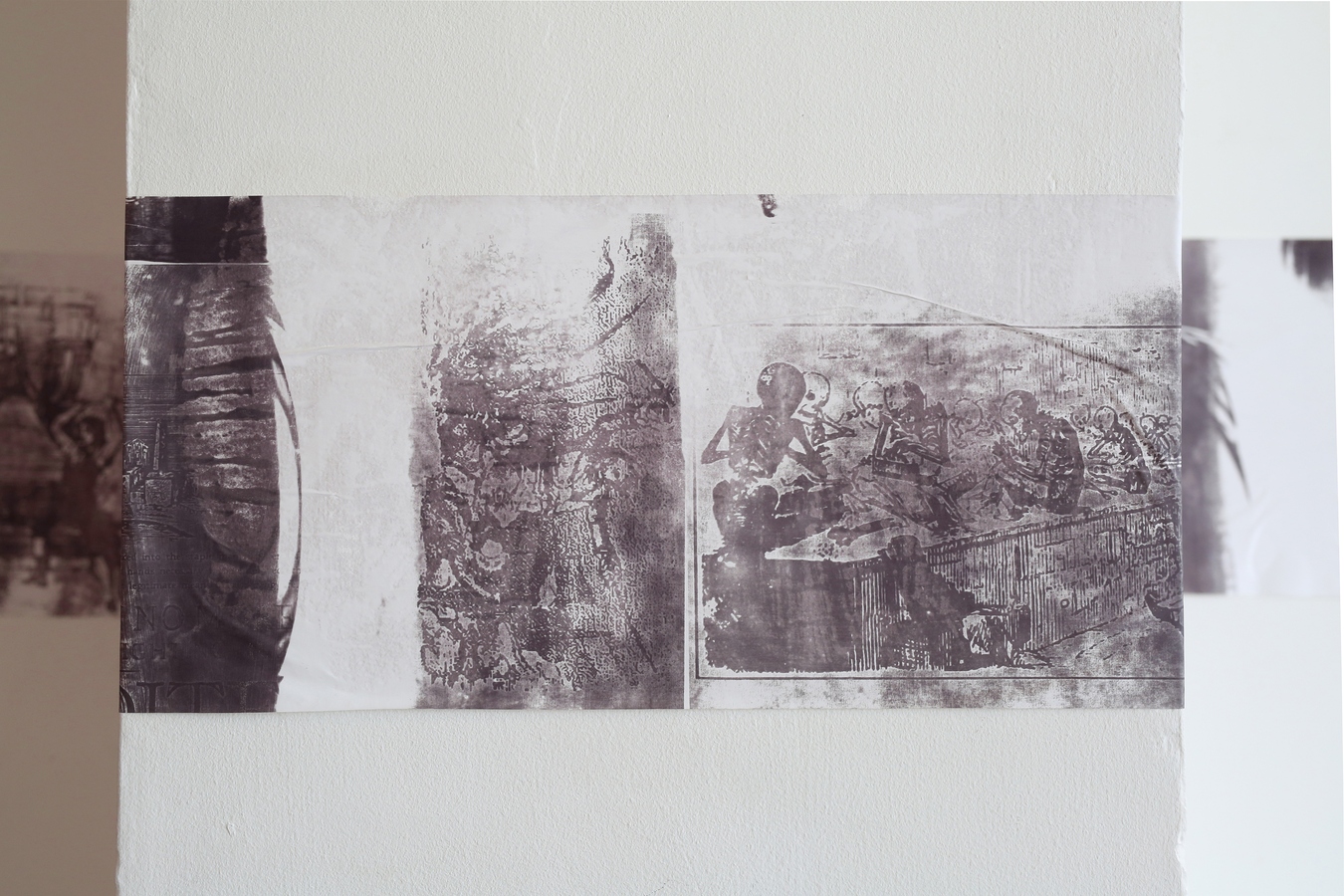 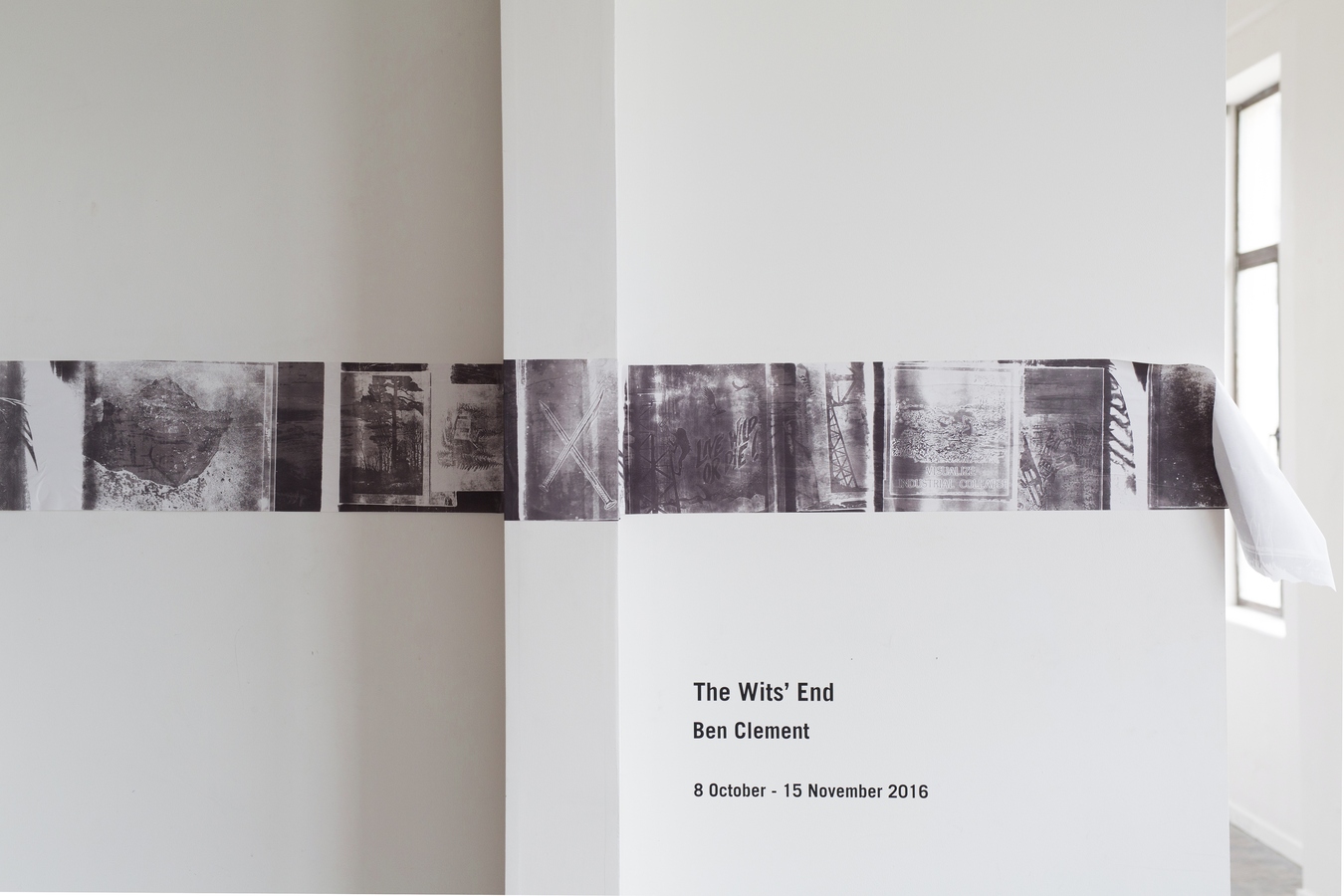 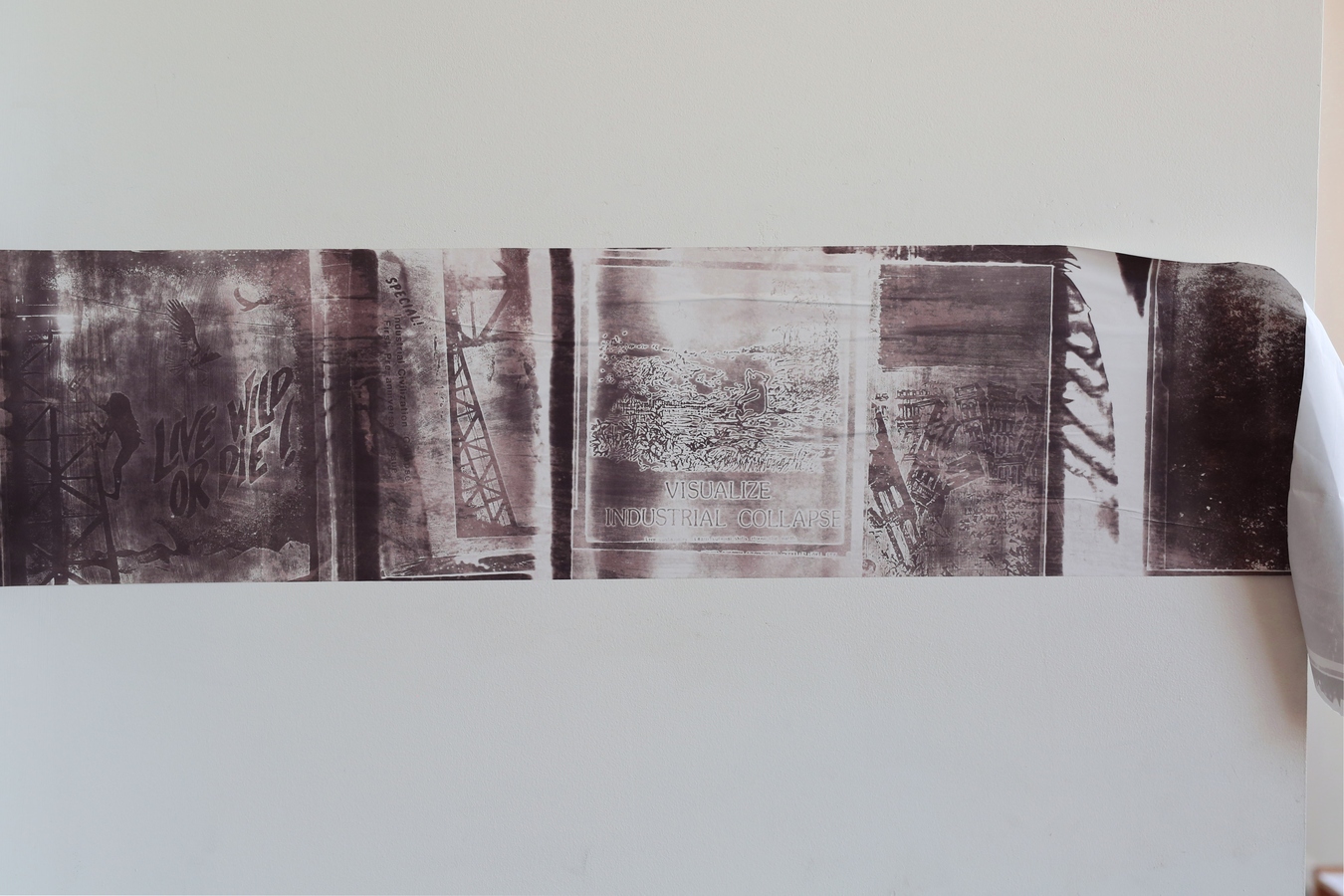 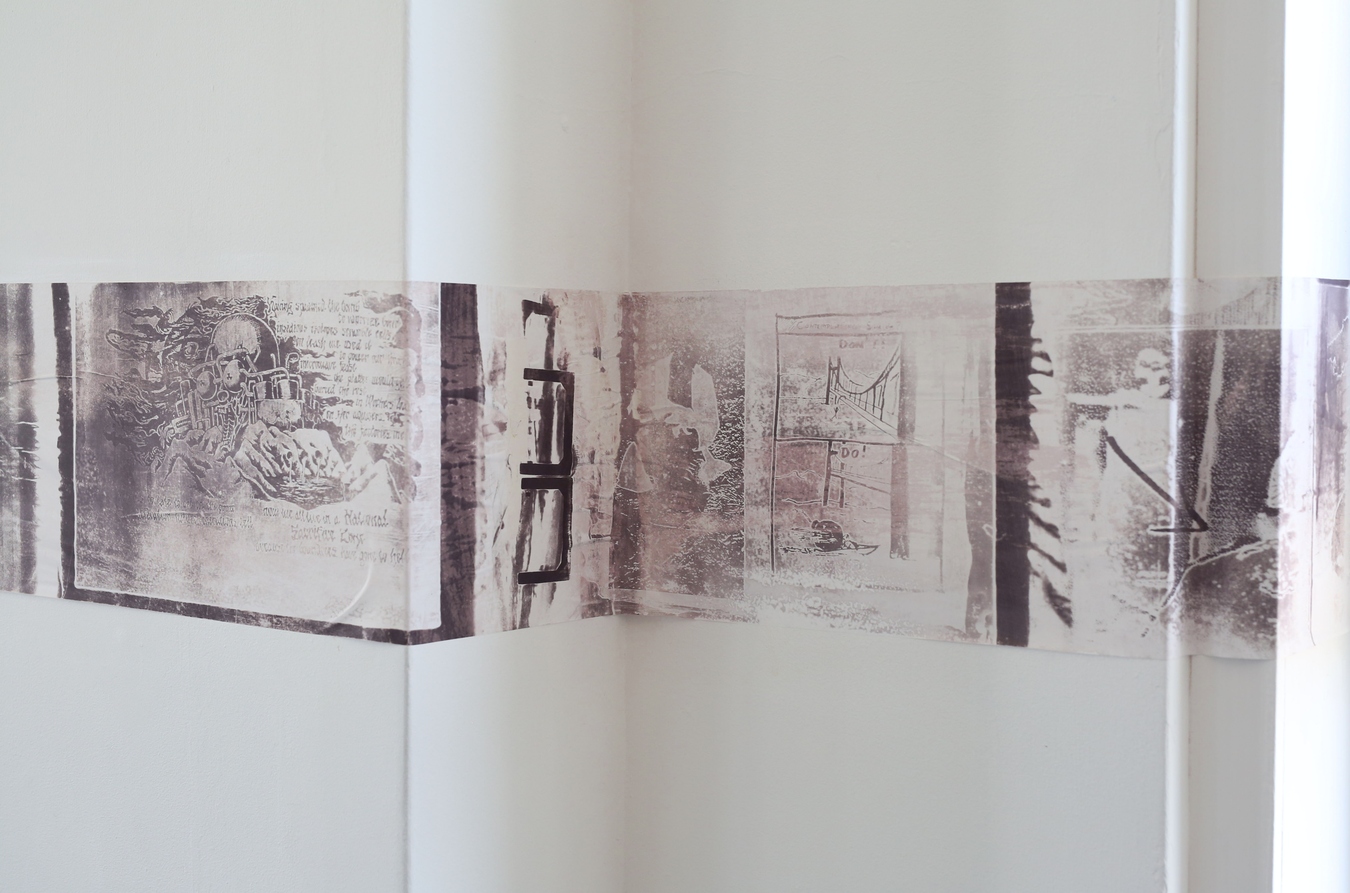 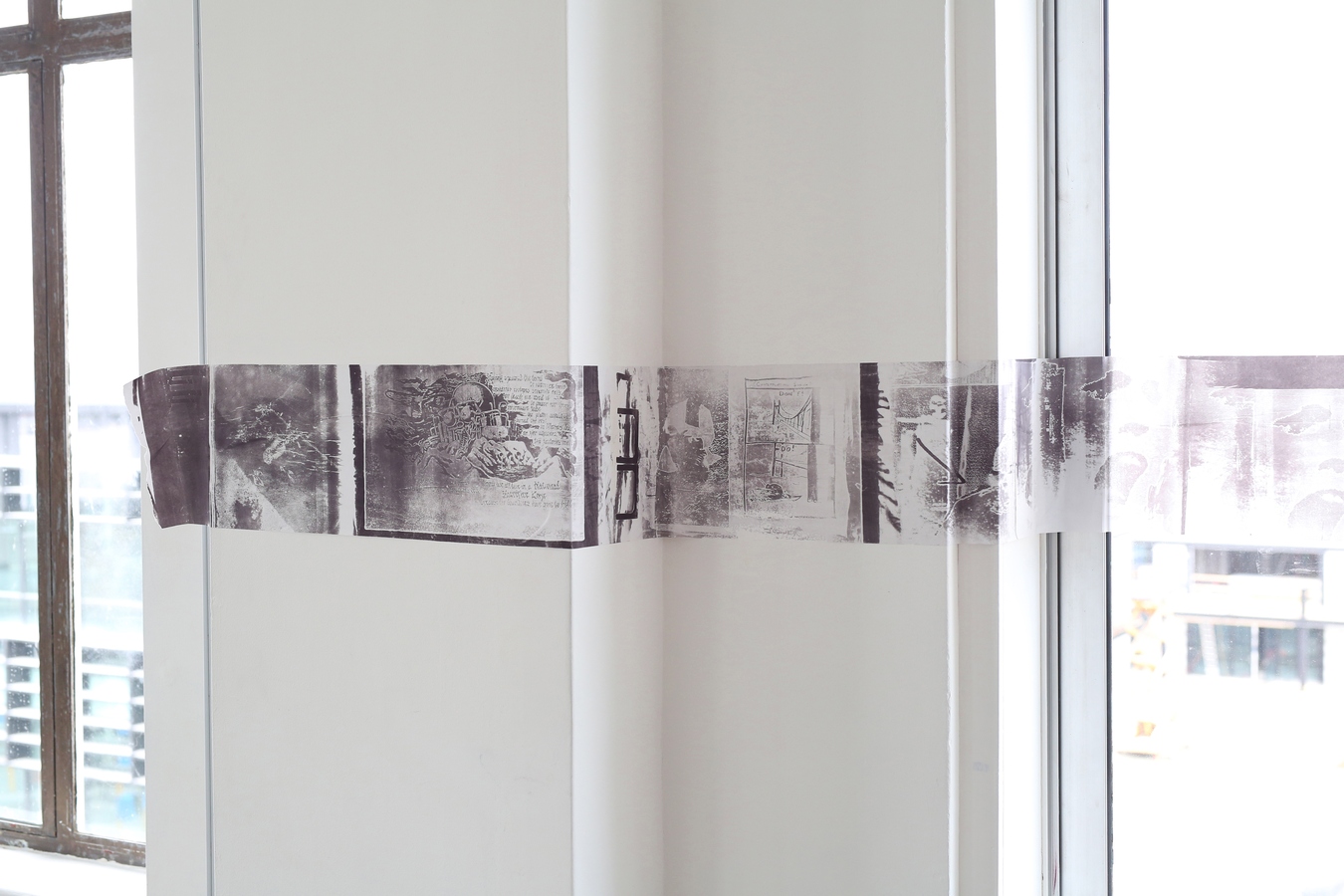 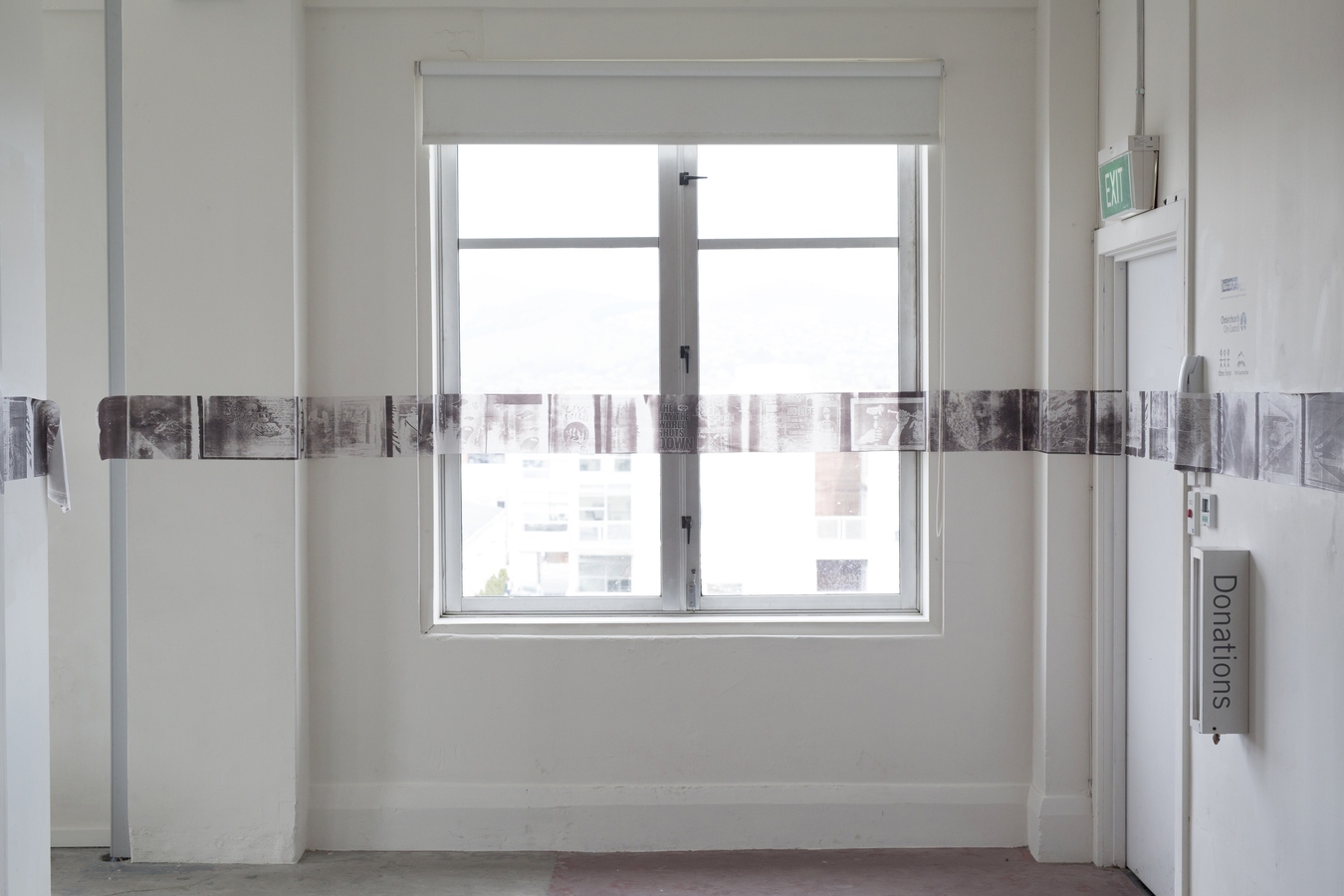 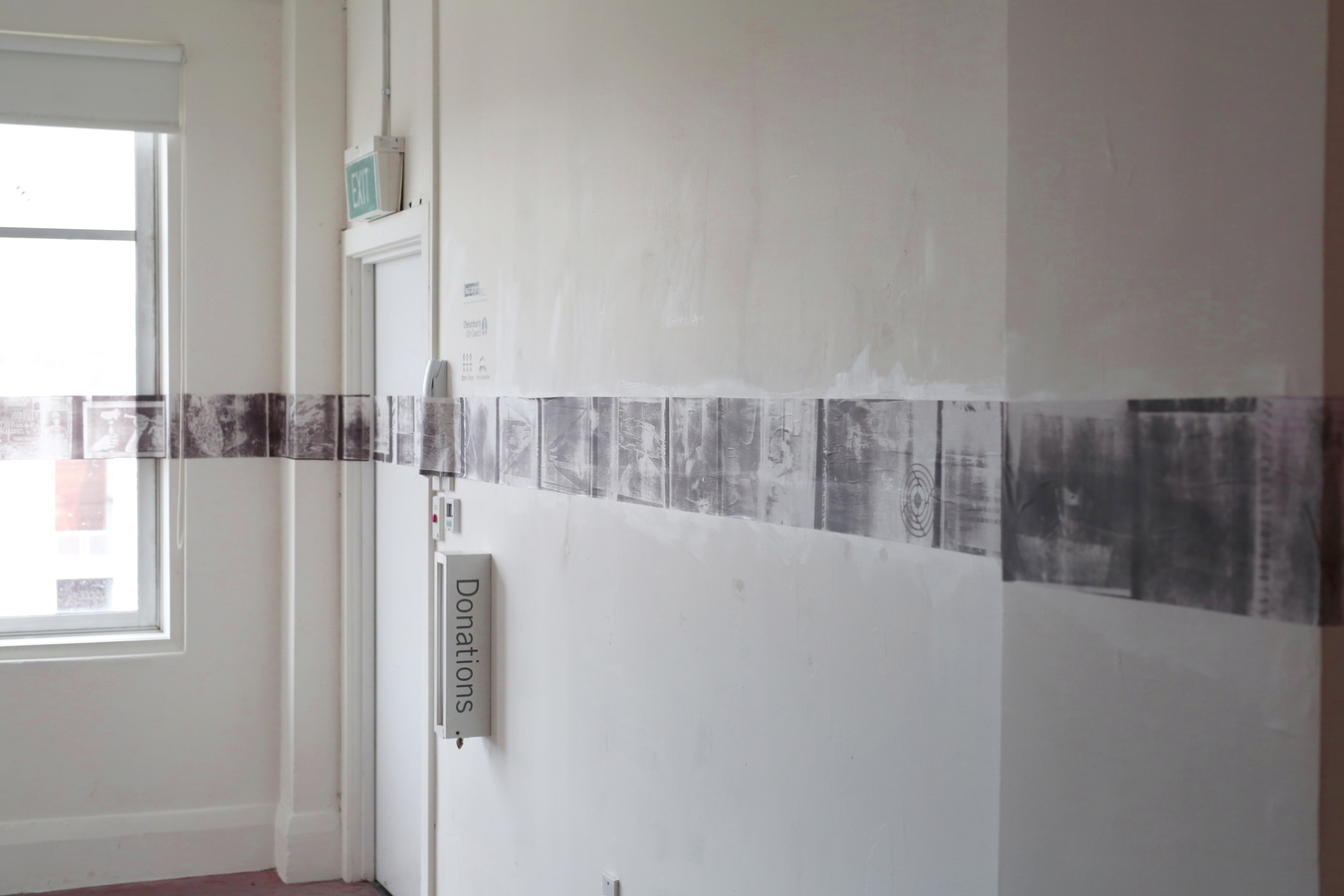 Circling The Physics Room library is the presentation of The Wits’ End, a paste-up frieze. Acting as a collaged storyboard tracking despair and violence within and against the workplace, the work weaves together self-published material from technophobic factions and lone-wolf transgressives into a caricature of male hysteria, which idolises the apocalyptic fantasy of survivalism.

Presented on the obsolete format of fax paper; etched steel plates and objects are heated, scorching an image into the scroll through momentary contact.

As technological, economic, and social progression has arced forward, dominant forces of patriarchal control have reacted to impending obsolescence through violent ruptures and a desire to return to the apparent simplicity of pre-modern power structures. The Wits’ End enlists a dark cast acting against the global cosmopolitan and conspiring ever inwards.

The work will be presented alongside a collaborative text with Henry Davidson.

Ben Clement an artist originally from New Zealand is currently based in Frankfurt am Main, studying at the Städelschule.