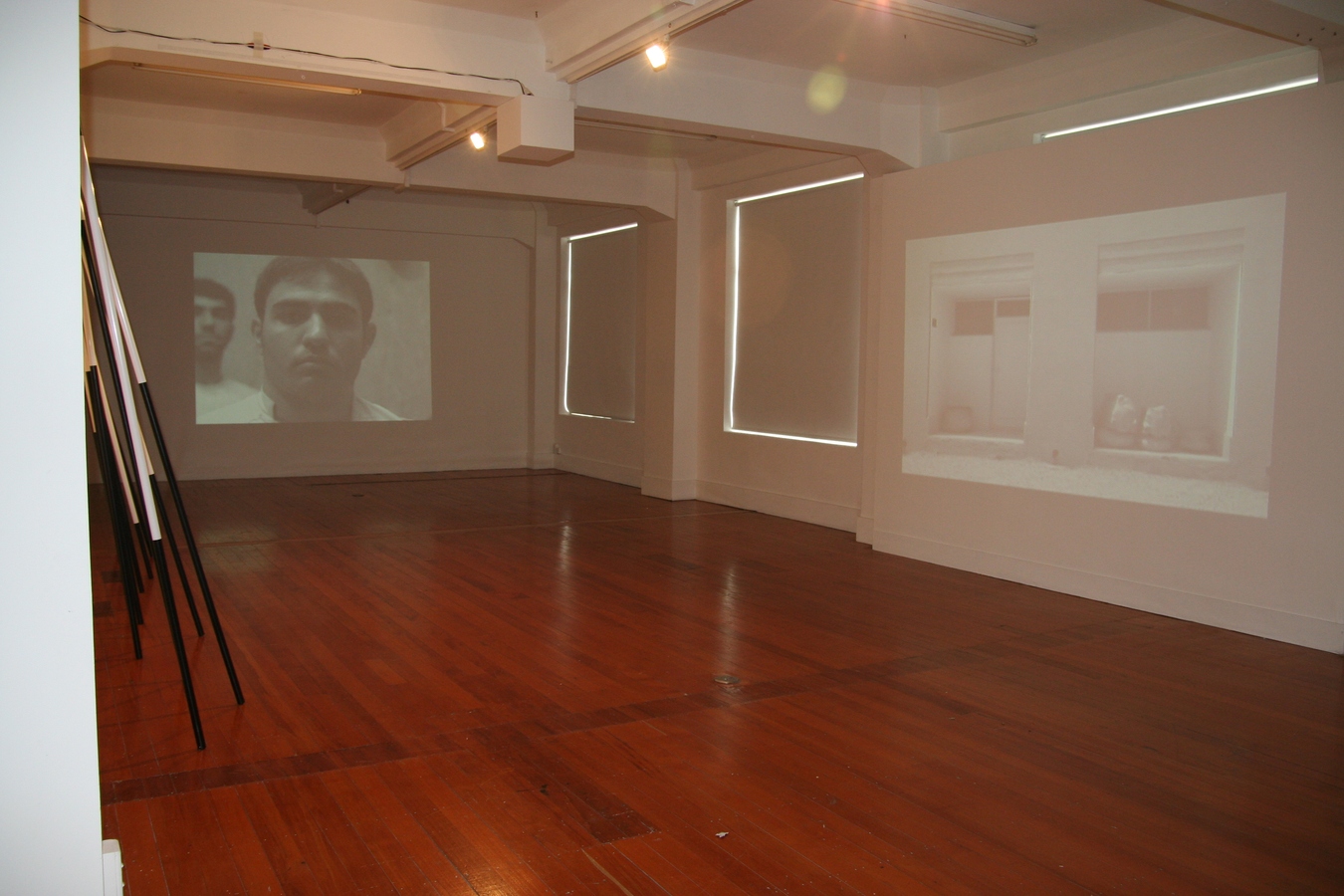 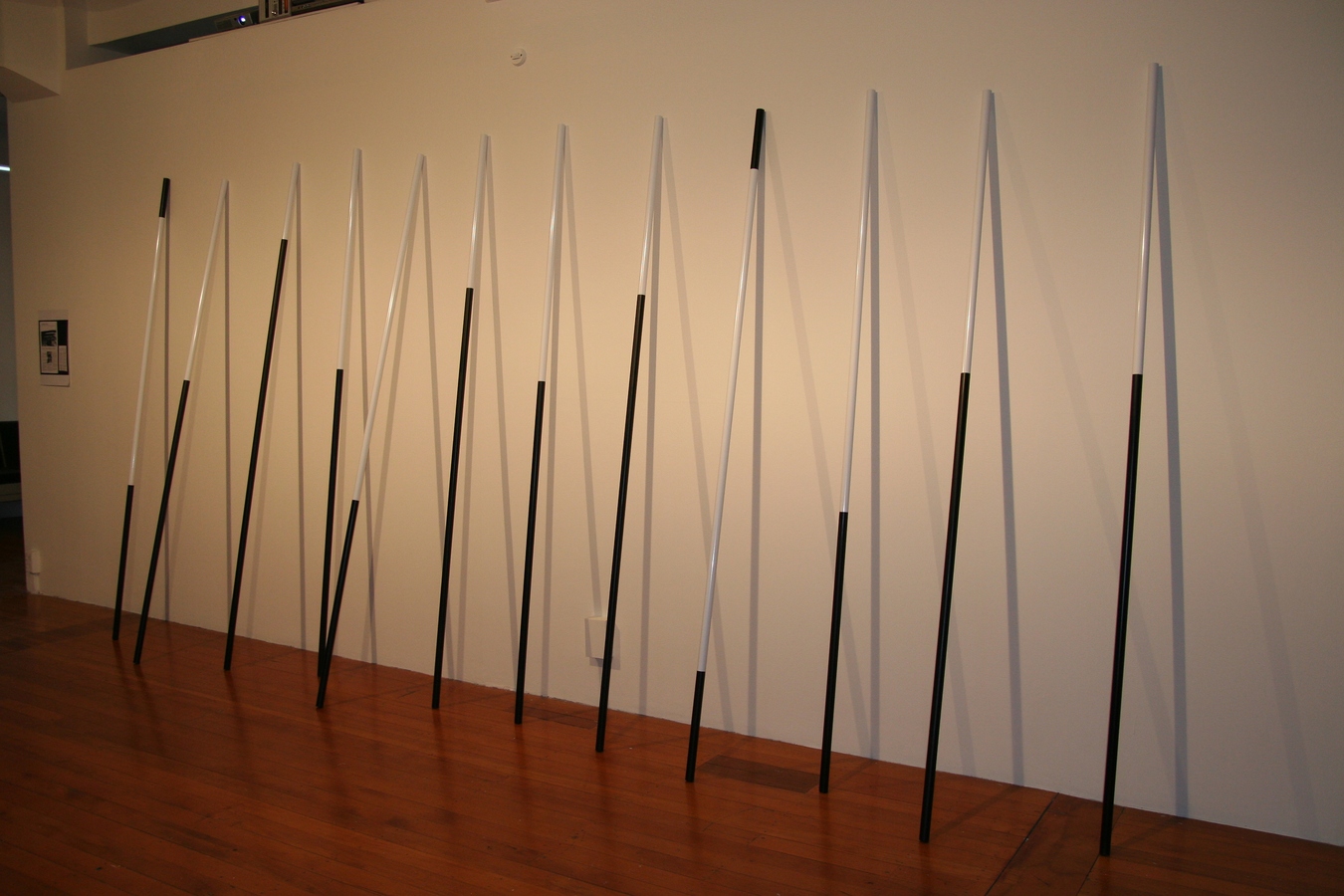 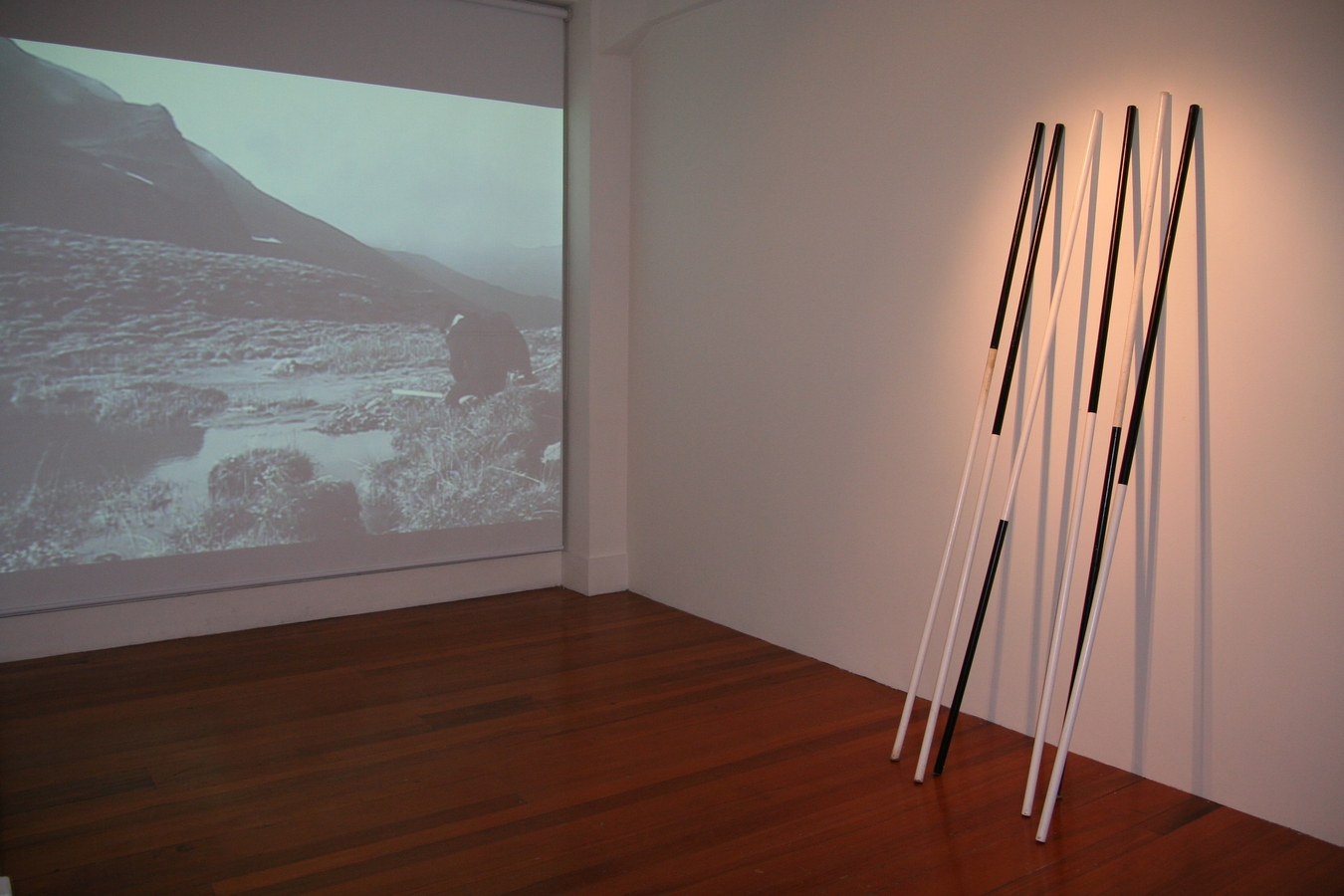 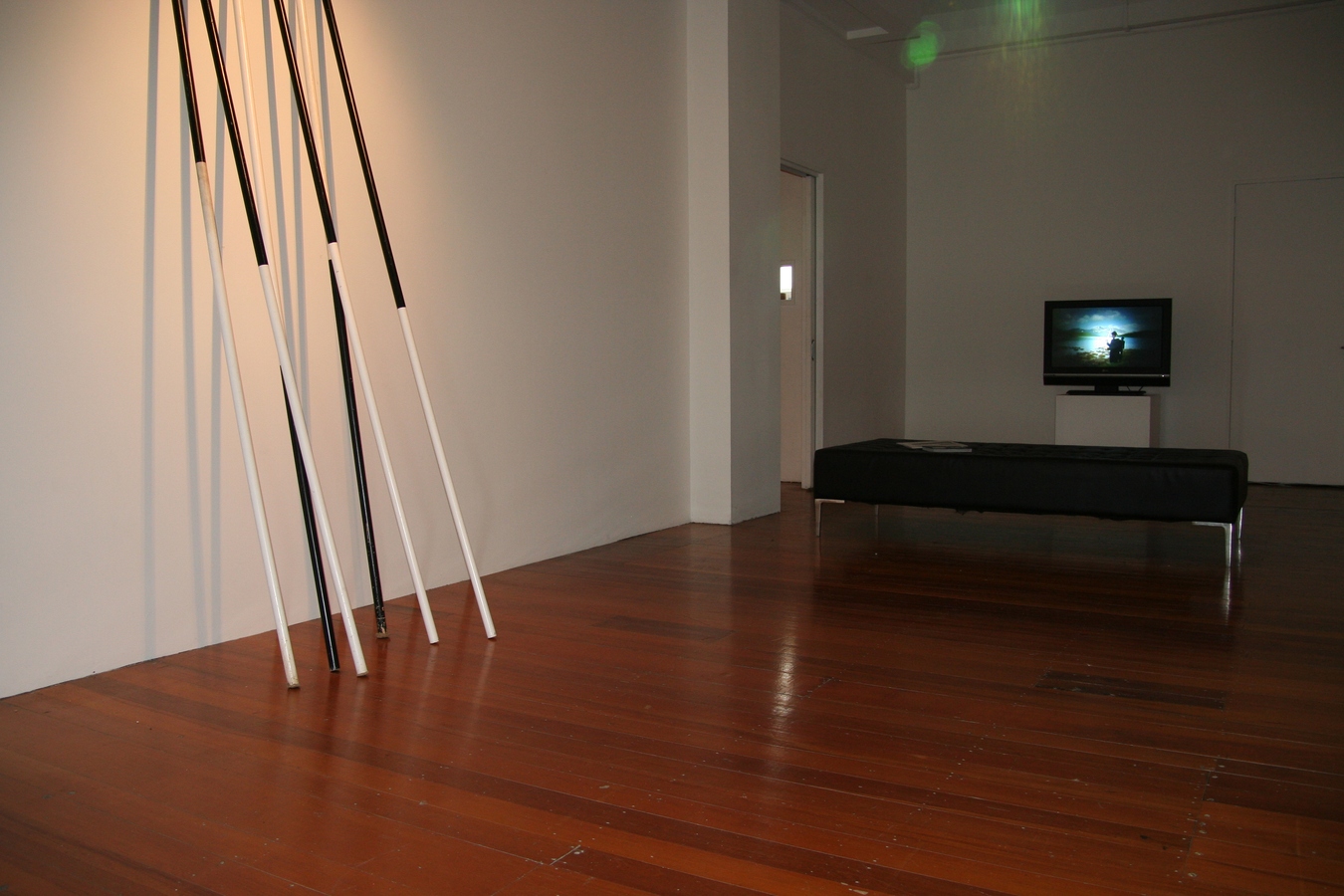 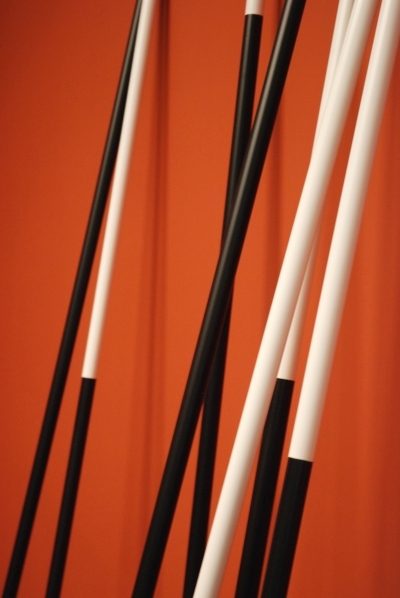 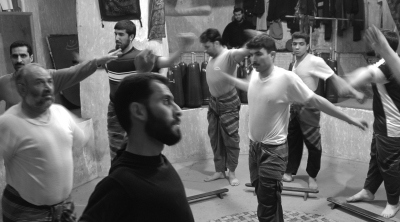 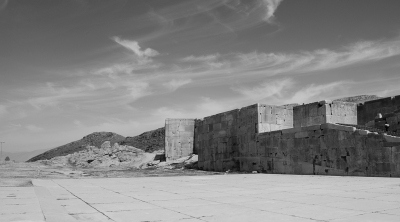 Presenting recent work by German artist Simon Wachsmuth for the first time in New Zealand, a way of considering two things togetherprovides the opportunity of just that, as Wachsmuth’s installation seeks to question our social conceptions of history, culture and the sublime fascination of the natural world.

Recently exhibited at documenta 12, Persepolis, Where We Were Then, Where We Are Now presents focused depictions of the Apadana frieze preserved within the ruined Persian city of Persepolis and the contemporary context of this UNESCO World Heritage site. Located within what is now the modern nation of Iran, Wachsmuth slowly traces the length of the relief, profiling various heads of state, soldiers, animals and offerings in the process of chronicling what physically remains of the lost city. Incised initials, names and dates of the touristic hoards that have come and gone from the site over the centuries fall in and out of the frame as Wachsmuth’s recordings capture the ambient presence of contemporary visitors and the ecologies that populate and structure the experience of Persepolis as palimpsest.

Drawing the title of this installation from an article printed in the Washington Post in 2006, here supplied as an integral contextual element of the exhibition, Wachsmuth’s works solemnly trace the distance between an advanced civilisation lost and a contemporary society whose progress continues to be thwarted by a variety of means. Presented in conjunction with another work, Zurkhaneh, which depicts a group of men performing traditional callisthenics preserved within the collective memory and social traditions of Iran, Where We Were Then, Where We Are Now allows for an unusual vantage on a traditional culture unfamiliar to many.

Literally ‘the house of strength’, the Zurkhaneh is the forum within which the series of exercises and rituals that comprise the Varzesh-e Pahlavani or ‘sport of the heroes’ are collectively enacted, encouraged by the rhythm of ancient poetry and the beat of a drum. The action and environment documented within Wachsmuth’s moving image work Zurkhaneh consequently trace the meditative and esteemed cultural practice shared by generations of Iranians. These movements, and their history which dates back millennia, embody traditional ideals about spiritual growth, masculinity, religious devotion and physical prowess.

The patient unfolding of Wachsmuth’s films stand in resolute testament to the fragmentary and fleeting depictions that populate our field of vision everyday. Wachsmuth’s hiking series the things which I have seen I now can see no more, installed in the gallery’s rear screening room, cleverly highlights the provisionality of mediated depictions of terrain and location, estranging the social function of personal exploration through his contemporary re-enactment of the German landscape painter Heinrich Reinhold’s study tour through the Austrian Alps in 1819. In this work, accompanied by long walking sticks, Wachsmuth’s unusually clad figures traverse the landscape on screen while the wooden sticks that ventured alongside them stand as tribute and residual trace within the gallery, reconnecting Wachsmuth’s disembodied performances with the physical realm, in this case, half a world away.

Accommodating a number of recent meditations within the challenging context of the ‘new world’ rather than mired in the time worn complexities of the old, a way of considering two things together plays a subtle game with visual and historical vocabularies of experience and will gain much from its positioning within the complexities of our more distant local context.

Simon Wachsmuth grew up in Hamburg and Tel Aviv and now lives and works in Berlin. He graduated from the University of Applied Arts in Vienna having studied painting (1984 - 1987) and visual media-design (1987 - 1995) and has exhibited with an extensive array of art institutions including Miami Art Central (2004), Witte de With, Rotterdam (2005), Salzburger Kustverein (2006) and he also took part in documenta 12 earlier this year with the project Where We Were Then. Where We Are Now?, elements of which are included in this exhibition for The Physics Room.