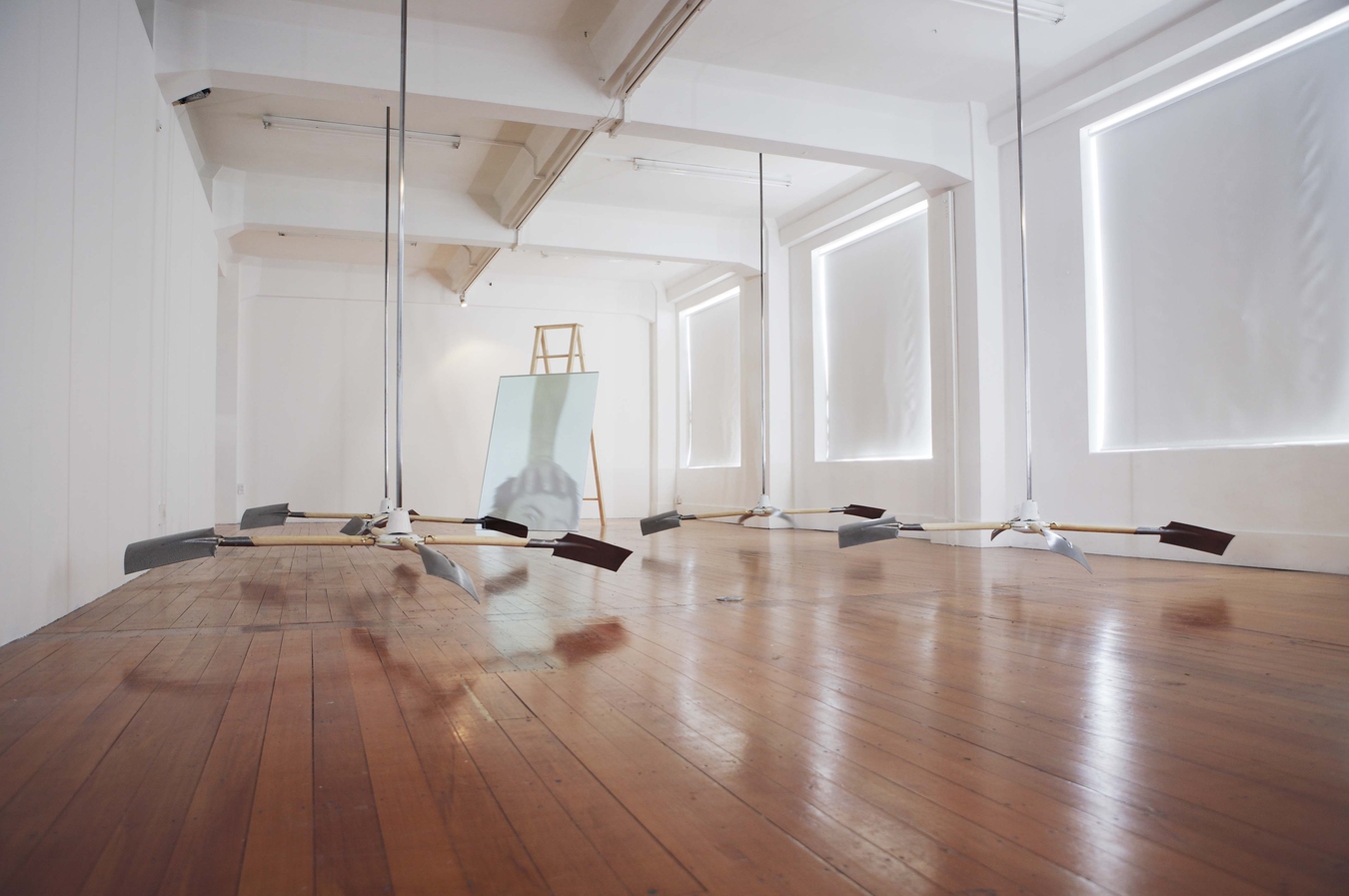 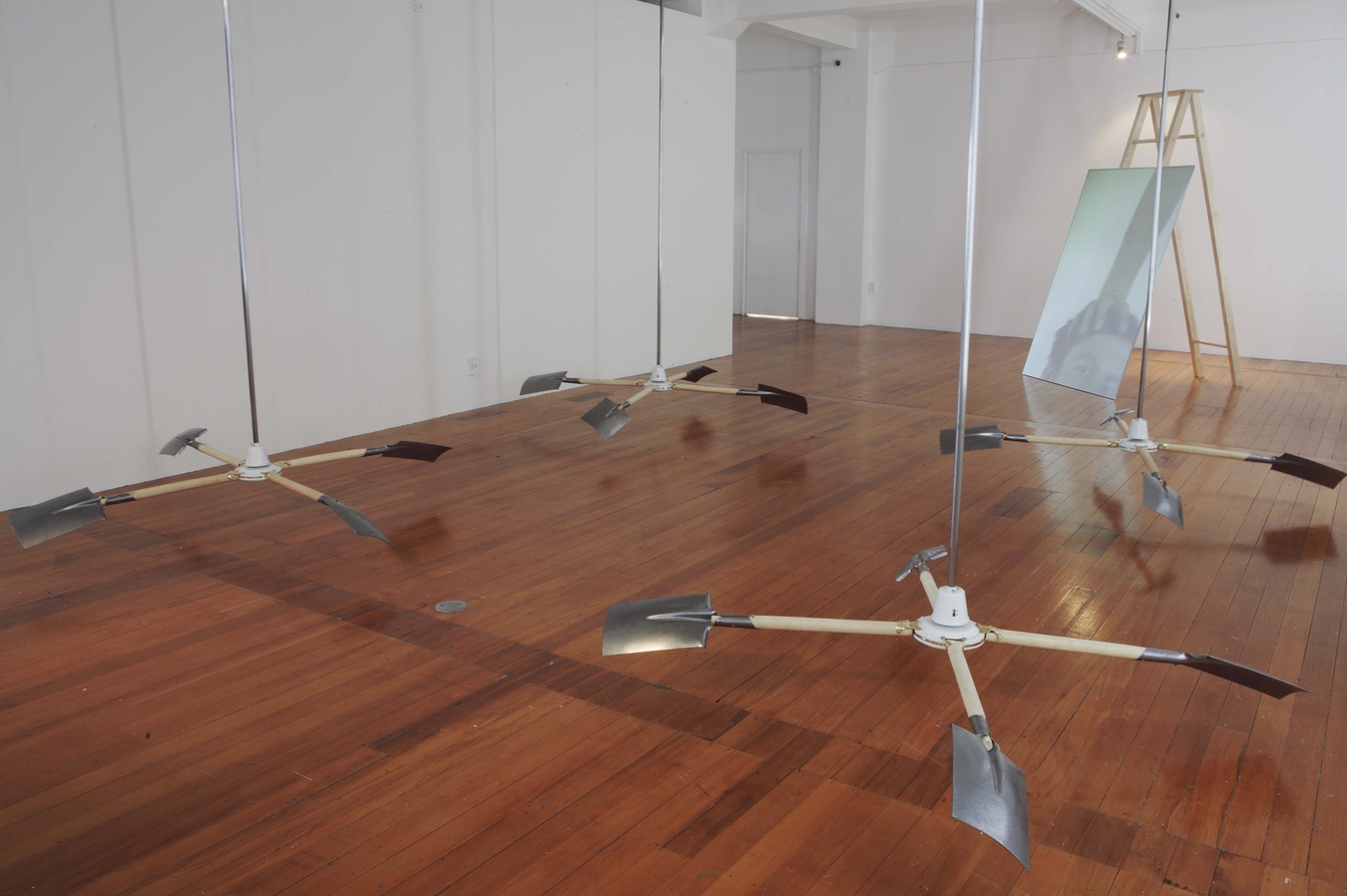 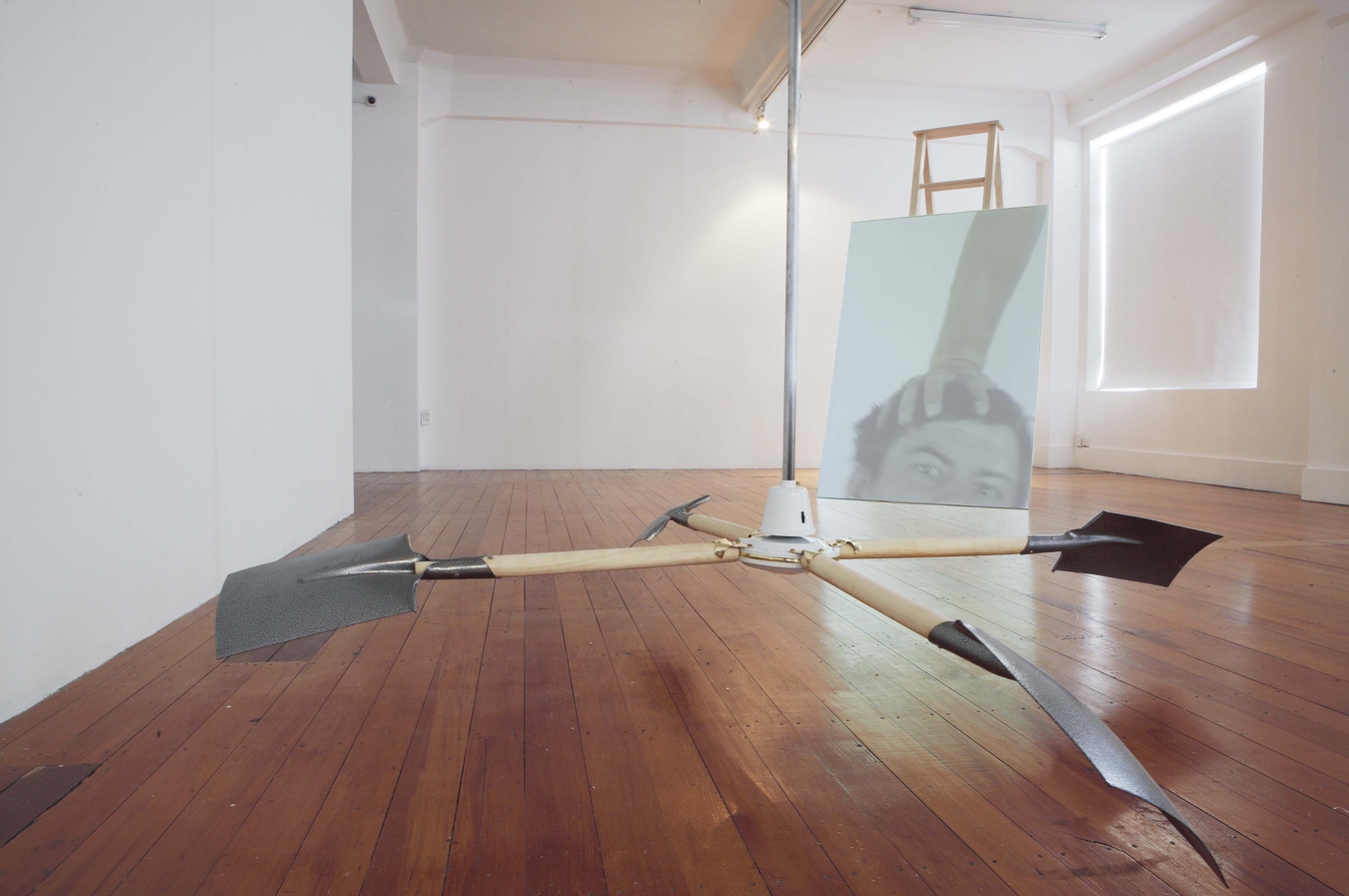 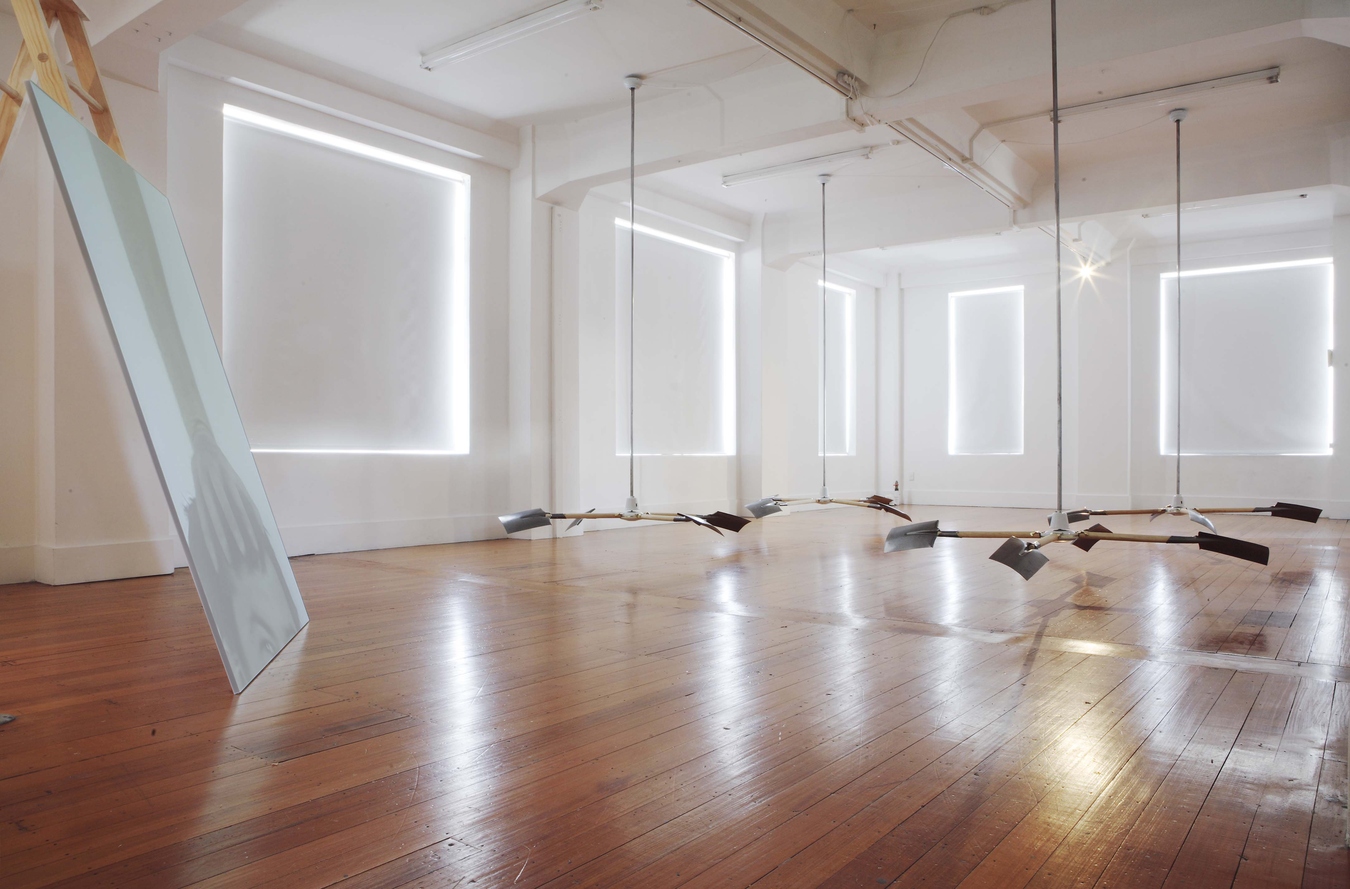 Presenting a minefield of low slung, modified ceiling fans, James Oram’s Stay down is loaded with hazardous intent. Commanding caution and transfixing our gaze, Oram’s hardware capped fans are accompanied by a moving image sequence that sees the artist’s head strain to rise from the gallery floor as he positions himself within an unusually rigorous process of submission and resistance sustained by someone just outside of the frame.

Oram’s diligent investigations of the cultural and moral codes that condition our reactions to environmental pressures and ambivalent gestures, here sees him either thwarted or saved by the exhibition’s directive to stay down. Consequently, what might have originated as a functional pursuit or an agreeable, game-like diversion, has now collapsed into an incessant struggle set in motion by an indeterminate encounter.

Considered in relation to Oram’s recently produced work Self Generating (2007), currently on show at the Christchurch Art Gallery, this installation for The Physics Room reiterates the artist’s fascination with the dynamics of personal struggles, inescapable rivalries and absurdly regulated cycles of action.

James Oram graduated with a Bachelor of Fine Arts in Sculpture from the University of Canterbury in 2003, was awarded the Ethel Susan Jones Fine Arts Travelling Scholarship, and has served as Chairperson of The High Street Project Trust (2004 - 2005). He currently has work on show in Another Destination, Christchurch Art Gallery, and other recent projects include: The Good Life, HSP, Christchurch (2007); Open Slate, Gallery 33, Wanaka (2007); Feeling the Burn, SOFA Gallery, Christchurch (2006).