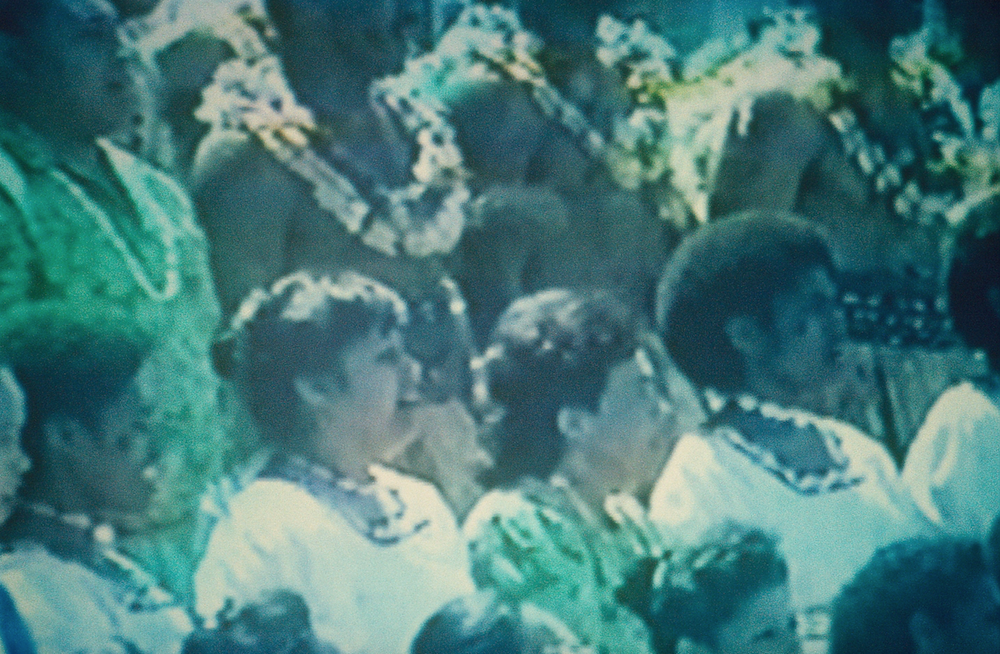 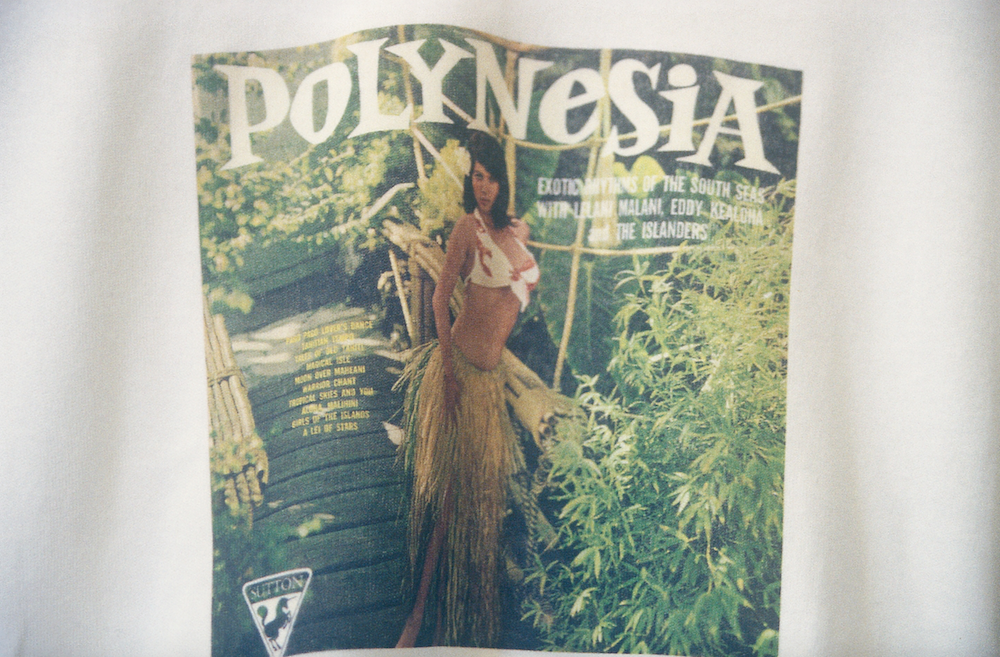 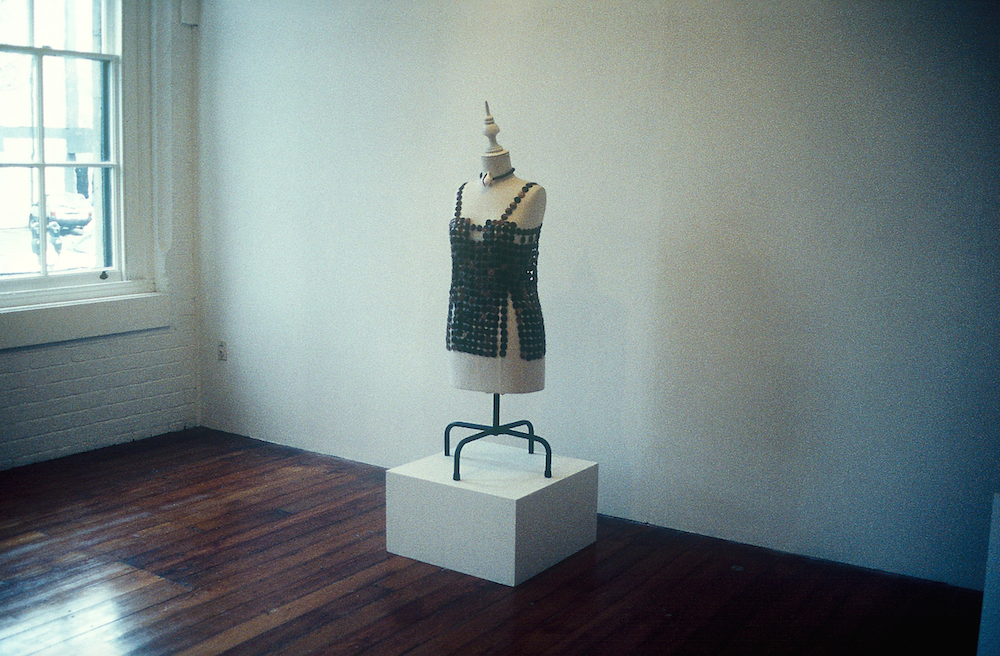 Sofia Tekela, a.k.a Dusky Maiden, and former member of The Pacific Sisters, was the instigator and curator of Raw Fishes. Subtitled Urban Body Adornment, Raw Fishes provides the gallery going public with a unique blend of traditional Polynesian crafts and practical, funky streetwear. The central premise of this show is to say it loud and proud; state who you are through what you wear.

On display on mannequins were four different interpretations on the theme of wearable art with an Island flavour. Dusky Maiden provided two archetypal warrior woman outfits, one comprised of cowrie shells seeds and one of tiny disks of coconut. The effect was fearsome and lovely at the same time, creating the space for Polynesian women to be staunch. This kind of couture, hinting at tribal warfare, was in marked contrast to the Dusky Tees, which were laid back colourful dayware for all the family (white men lapped these up). The T Shirts depicted Polynesian babes purloined from the album covers of Island-style records that have been so popular over the years. Captured like so many butterflies, these women's faces have been mass-produced as saucy promotional material for mood music. Tekela, as the Dusky Maiden extraordinaire, librates a bevvy of Pacific beauties from the bargain bin of the fleamarket and gives them another lease of life. Rather than mourning the album covers for being 'exploitative' of women like herself in the past, Tekela celebrates their beauty and their savvy. If you've got it, flaunt it.

One artist who is working in a more traditional mode to stunning effect is Alicia Courtney. The group of necklaces on display in Raw Fishes was called the Faith Series in response to a painting on tapa cloth by Frances Palu called Believe, Trust, Pray. Combining materials as diverse as shark spines, silky rooster feathers, Solomon Island beads and pounamu, each necklace seems simultaneously historical and very contemporary. Each work is unique, with its own personality and commanding presence, commanding an equally strong presence from the wearer.

Likewise Estelle Mueller came up with an unusual and highly skilled answer to the contemporary/traditional dichotomy. Using lacebark, a material not unlike fine tapa cloth, Mueller has made delicate rosettes. Normally, these handmade flowers would constitute a lei, but Mueller has gone one step further and fashioned an entire bodice of these floral motifs in deep ochre. It's a ravishing piece which would look just as at home on the buxom barmaid of a wild west saloon, as it would on a dusky maiden under a palm tree in the Pacific.

Jeanine Clarkin's offering was perhaps the most practical (apart from the Dusky Tees). In transluscent stretch materials, she made a three piece outfit which hinted at the traditional Maori woven skirt, in a comfortable, throwover contemporary version. The material in its soft mauve shot through with sea shades, bore closest resemblance to a paua shell, and this was admirably set of by a Dusky Maiden mother of pearl necklace.

What really animated the show and gave it depth and background, was the inclusion of a video by The Pacific Sisters. The video showed footage of the performance troupe as they played in venues throughout New Zealand and Samoa. Combining fresh Pasifika fashions with contemporary theatre, the Pacific Sisters' genre is an indefinable mix of energies. This video, which lasts for two hours, is full of footage of island life, from formal speeches to hat-weaving and making palusami. Also on display are stunning appearances by different dance troupes from Papua New Guinea and the Solomon Islands. In Christchurch, this kind of multicultural offering is a rarity, and a much needed injection of sunshine and colour. Raw Fishes whetted the Cantabrian appetite for Pacific flavour. John Pule helped to get everyone in the mood by reading his steamy love poetry to a video backdrop of a litany of duskies, each one more beautiful than the last. For a brief moment, Raw Fishes brought Paradise Hawaiian Style to The Arts Centre of Christchurch.