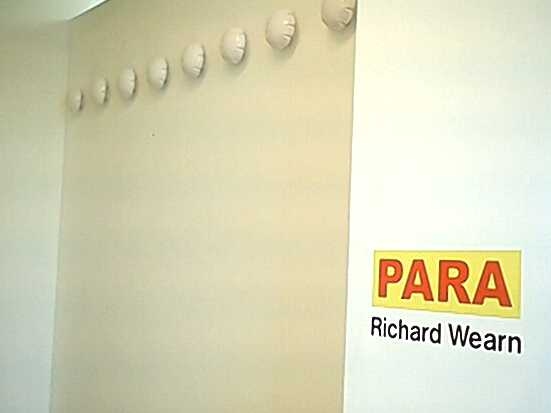 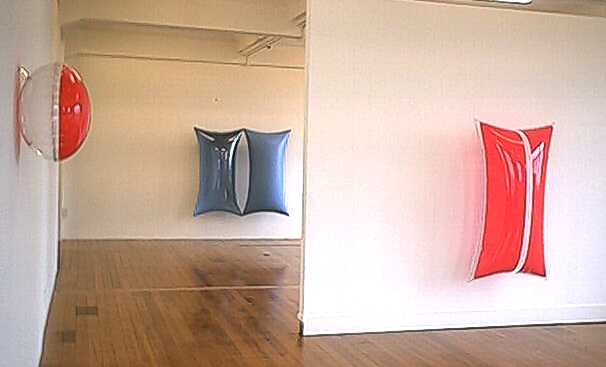 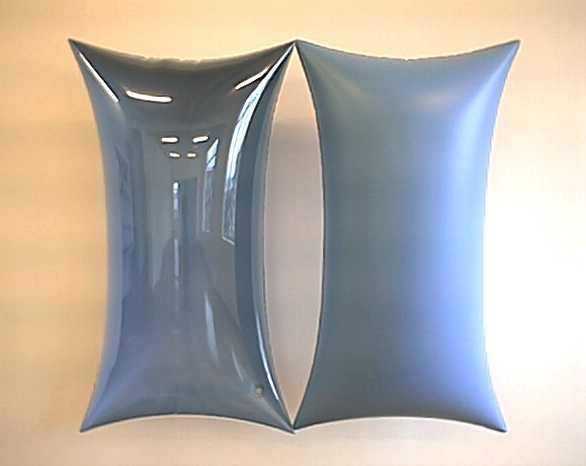 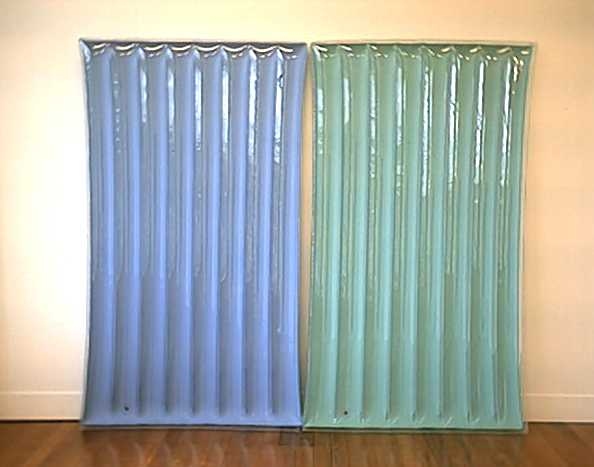 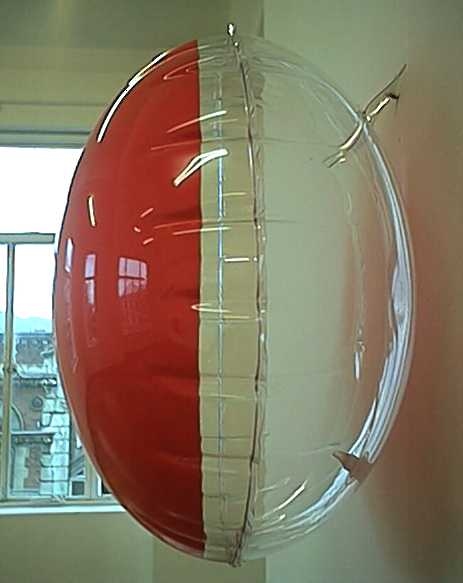 New Zealand artist Richard Wearn has been based in the United States since graduating from Elam School of Fine Art in 1993. After completing Master studies at the University of Southern California, Wearn has exhibited prolifically in the States, but his work has not often been seen in New Zealand. Having recently completed an artist residency at the Headlands Centre for the Arts in San Francisco, Wearn is in Christchurch temporarily to exhibit and visit family, before returning to the States to take up tenure as Assistant Professor of Foundations at the University of Wisconsin, Milwaukee.

In Para, Wearn presents several inflatable PVC modular pieces. Three-dimensional works referencing both painting and sculpture, these pieces adopt the idiom of minimalism propogated by Donald Judd and others in the 1960s. Wearn takes the modernist myth of the artwork as "a problem resolved" and plays with it, by pushing the viewer to see his art objects in relation to other everyday objects. The manufactured plastic objects are easily transportable and re-programmable and reflect Wearn’s suggestion of the ‘potential for the art object to re-programme our thinking and action by inviting the viewers’ associative memories to inform response.’ The external becomes equivalent to the internal in these inflatable works, unsettling any attempt at defining or containing the art object.