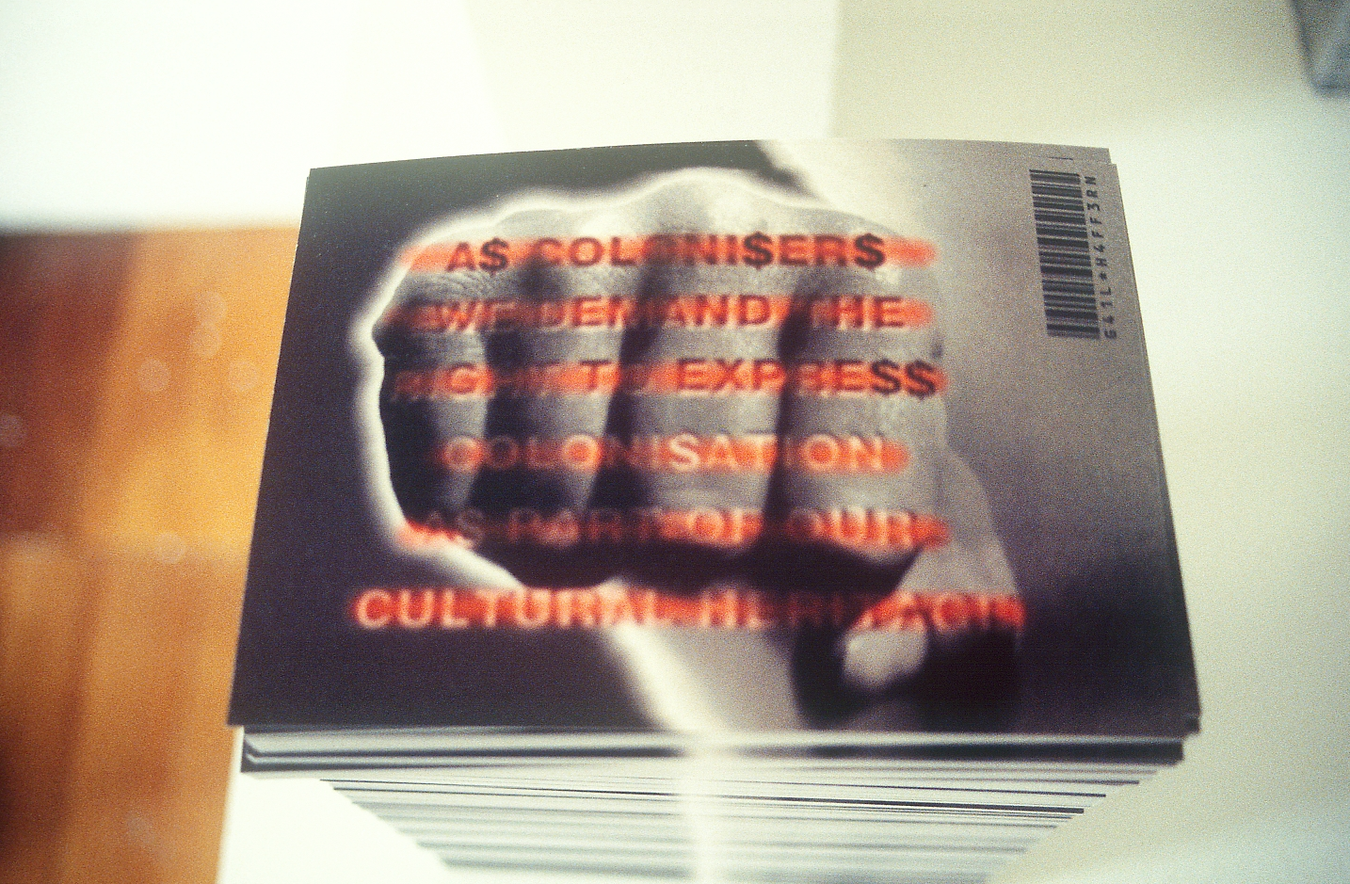 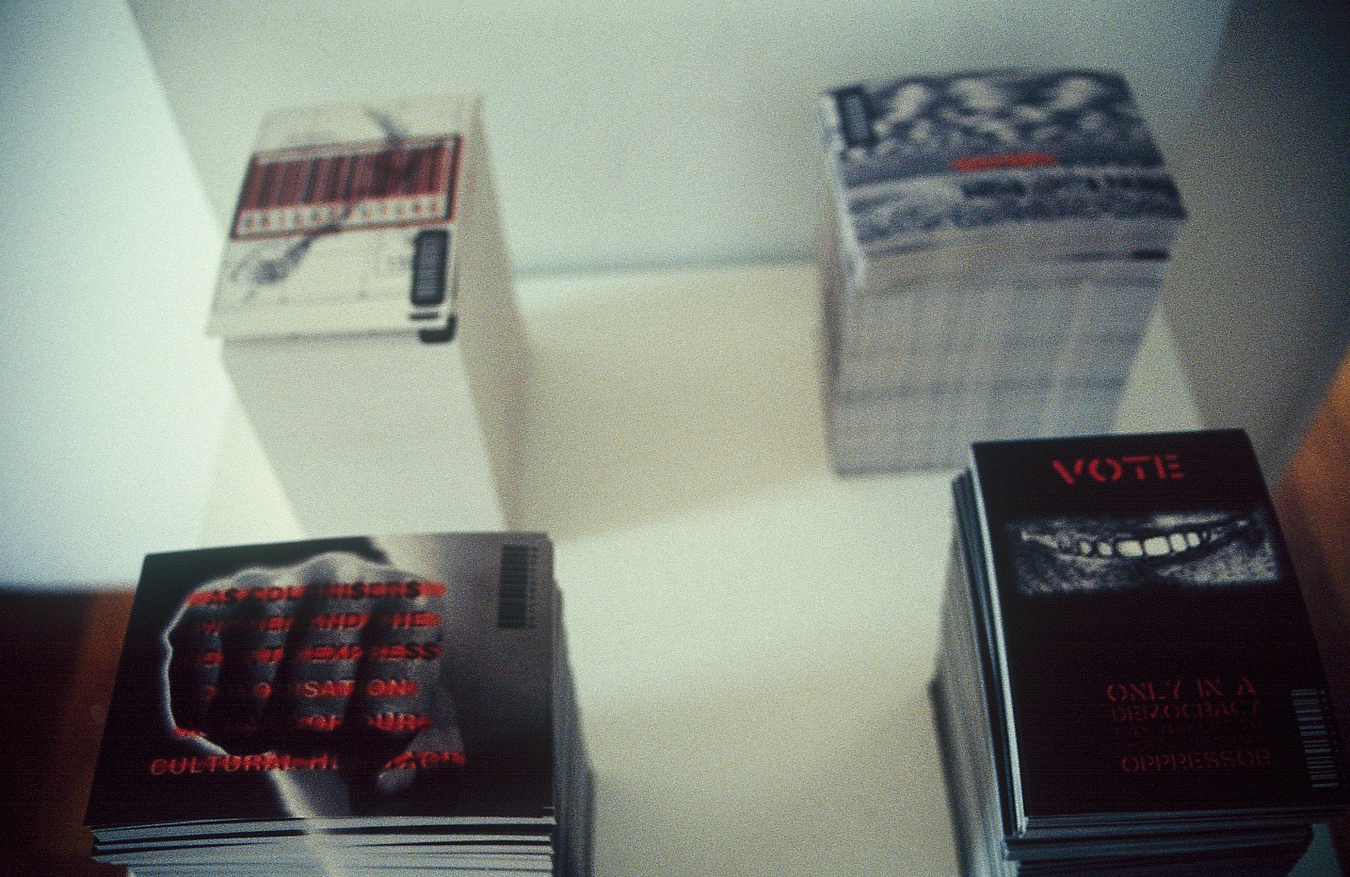 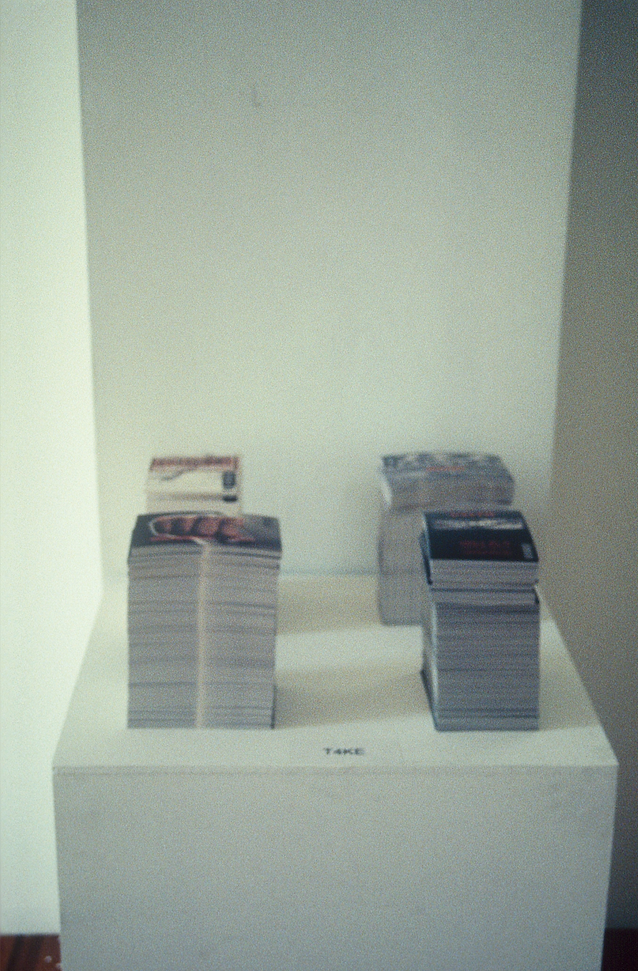 Gail Haffern's posters and postcards are a familiar sight around the streets of Auckland, noisily bringing to the attention of passers-by some of the more undesirable traits that can be attributed to New Zealand Pakeha culture. The large screen printed posters that she is exhibiting at the Physics Room enlist stark text and imagery to refer to issues of dominance, power and control. Employing the interventionist tactics of artists such as Jenny Holzer, Haffern turns her political lens on the aspects of Pakeha culture that have enabled it to assume a superiority over its voiceless 'other'.